What is Shan Shui?

Shan Shui (Chinese: 山水; pinyin: Shān Shuǐ; literally: “Mountain-Water”) refers to a style of traditional Chinese painting that involves or depicts scenery or natural landscapes, using a brush and ink rather than more conventional paints. Mountains, rivers and often waterfalls are prominent in this art form.

By the late Tang dynasty, landscape painting (i.e. Shan Shui) had evolved into an independent genre that embodied the universal longing of cultivated men to escape their quotidian world to commune with nature. As the Tang dynasty disintegrated, the concept of withdrawal into the natural world became a major thematic focus of poets and painters. During the early Song dynasty, visions of the natural hierarchy became metaphors for the well-regulated state.

Chinese artists do not usually paint real places but imaginary, idealized landscapes. Painting was no longer about the description of the visible world; it became a means of conveying the inner landscape of the artist’s heart and mind. It’s not to present what they have seen, but what they have thought. It’s not an open window for viewer’s eye, but an object for the viewer’s mind.

MOUNTAIN & WATER is an interactive A.I. installation by XRT.

Where we are using the machine learning technology, GAN (Generative Adversarial Network), to study over thousands of iconic Chinese landscape paintings from Song Dynasty (i.e. the beginning of the Chinese landscape painting) to now. And audience can co-create an A.I. created landscape painting by as simple as drawing lines, then the machine will generate the color/ texture/ shape according to the input from the audience together with the GAN algorithm. All inputs from the audience will be accumulated & shown on the same canvas, and present as a new layer. And at the same time, all 2D inputs will transform into a 3D object in real time. Audience can explore & interact with the TIME & SPACE of this co-created landscape painting in real time.

In this work, we are studying how technology, especially A.I., changes the process of creating art, as well as how art reflecting the different value of different eras, e.g. from individual to crowd creation. If the traditional Chinese landscape painting is a personal expression, a “Mind Landscape”, of the artist’s heart & mind; then MOUNTAIN & WATER is an insight of our collective subconsciousness now in the form of big data visualization!

With the context of Shan Shui, “Mountain & Water” also commenting “Where is the Reality” in our culture? While in our Chinese traditional painting, we see lots of mountains, rivers, flowers & birds; yet we don’t see wars, poverty & riots very often. So, if technology helps? What the audience will draw if the machine invites them to do a sketch of their reality? 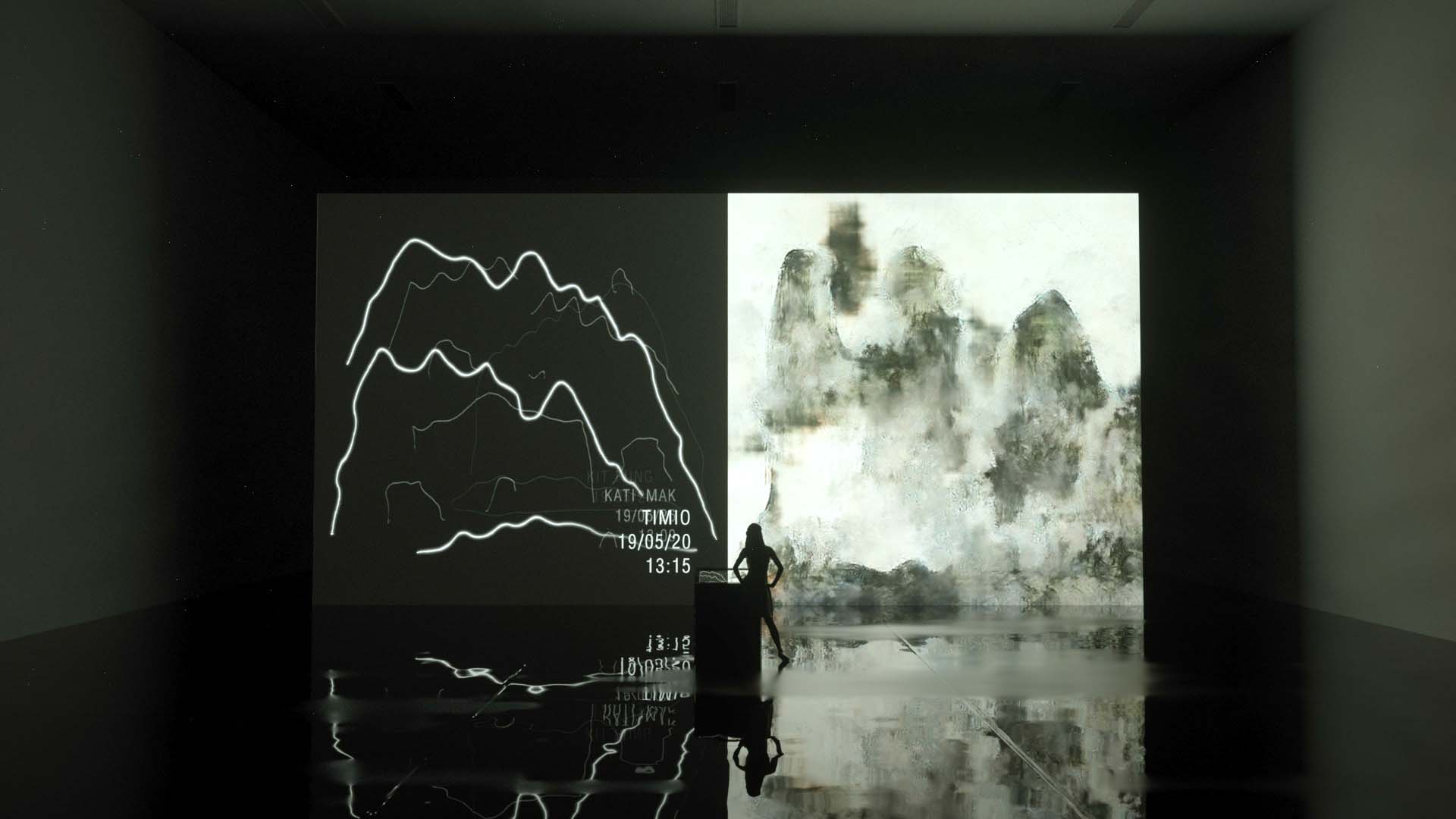 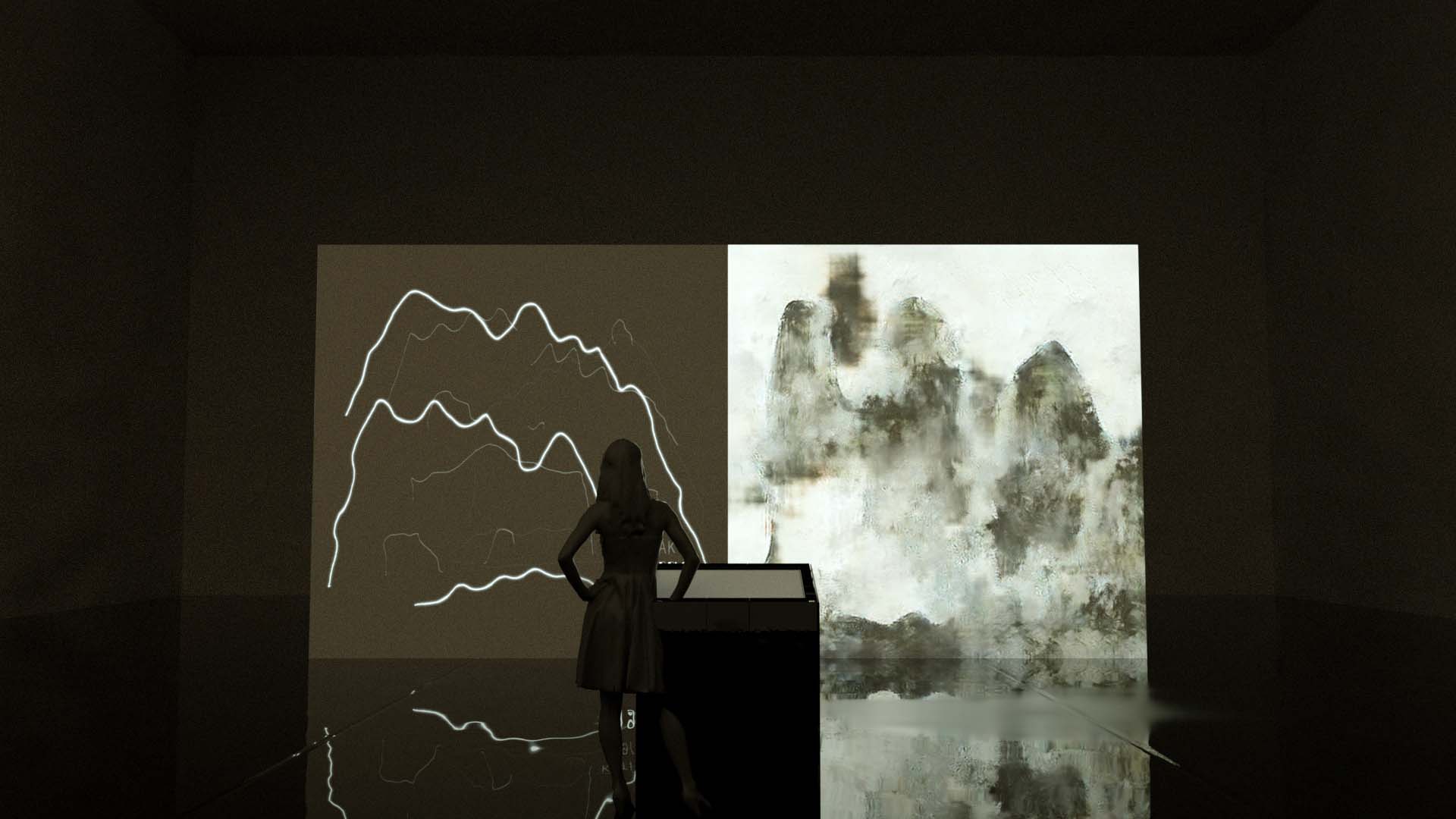 Our work explores or questions the intersection of art at the computing age, immersive & extended reality, over our local & modern Chinese cultures.