My work is about feeling a sense of intimacy and safety against the turbulence and disjointedness of society in today’s restless world. That’s not to say I make paintings about putting our heads in the sand, but to encourage unity and kindness and support for one another. I think a lot about romantic friendship; depicting people who are used to an affectionate physical relationship, beyond what is considered conventional in our awkward British culture.
Whilst the subjects are personal, I want them to be familiar to anyone. I use a dictionary of colour combinations as I find the limitation a useful aid in keeping the figures from becoming too heavy and overworked. I like the bodies to fill the canvas and have bare feet and hands doing gentle tasks: absorbed figures who are comfortable in the close presence of the other subjects. 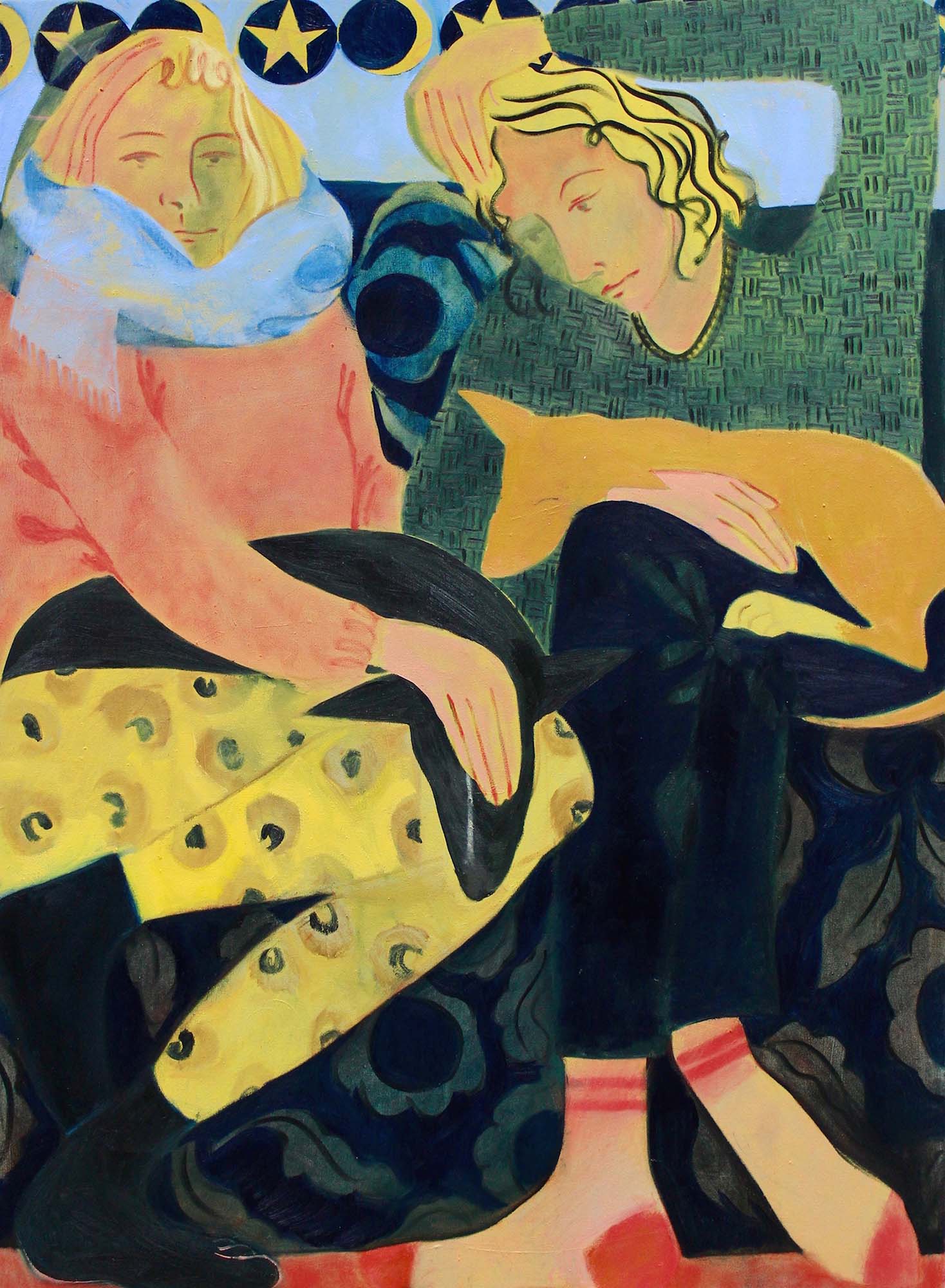 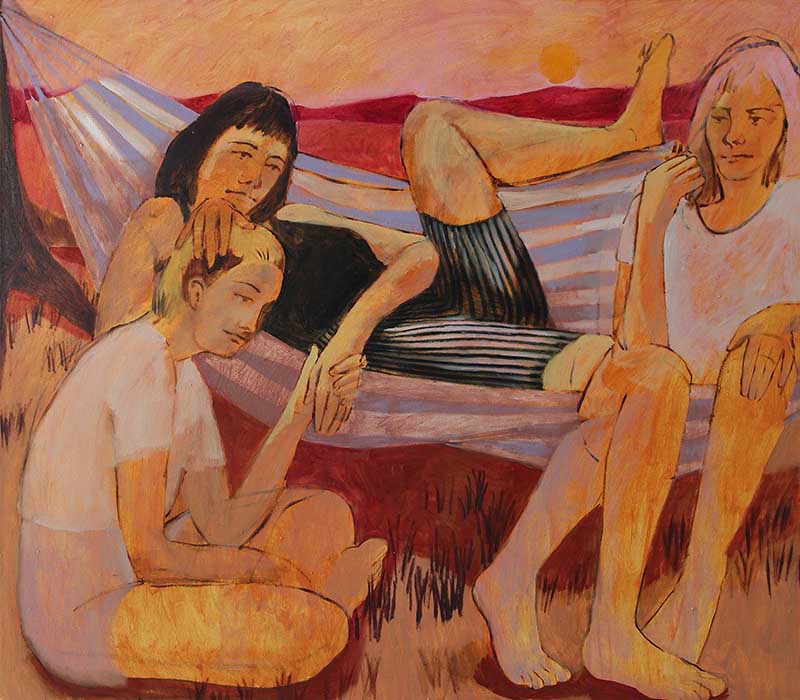 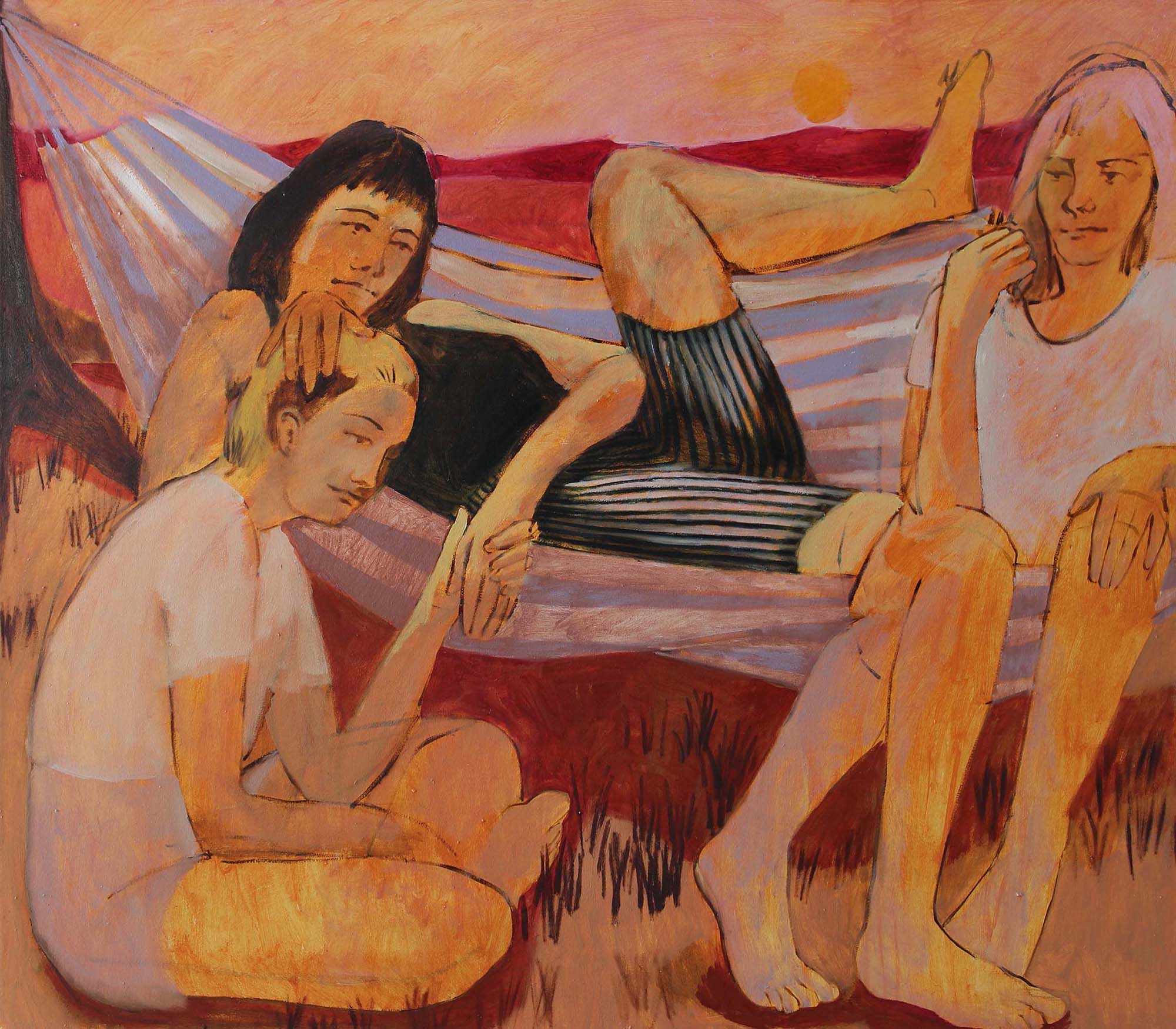 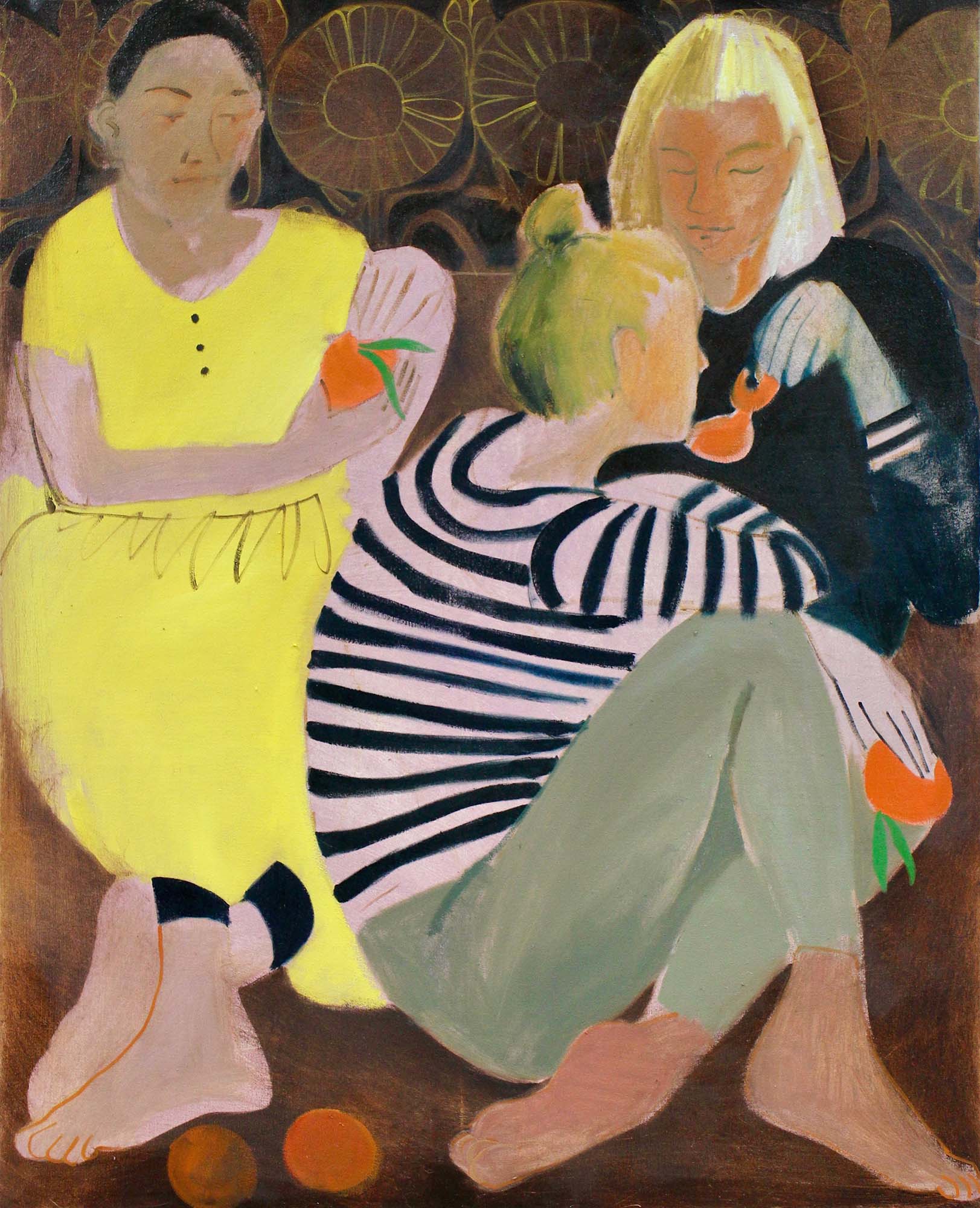 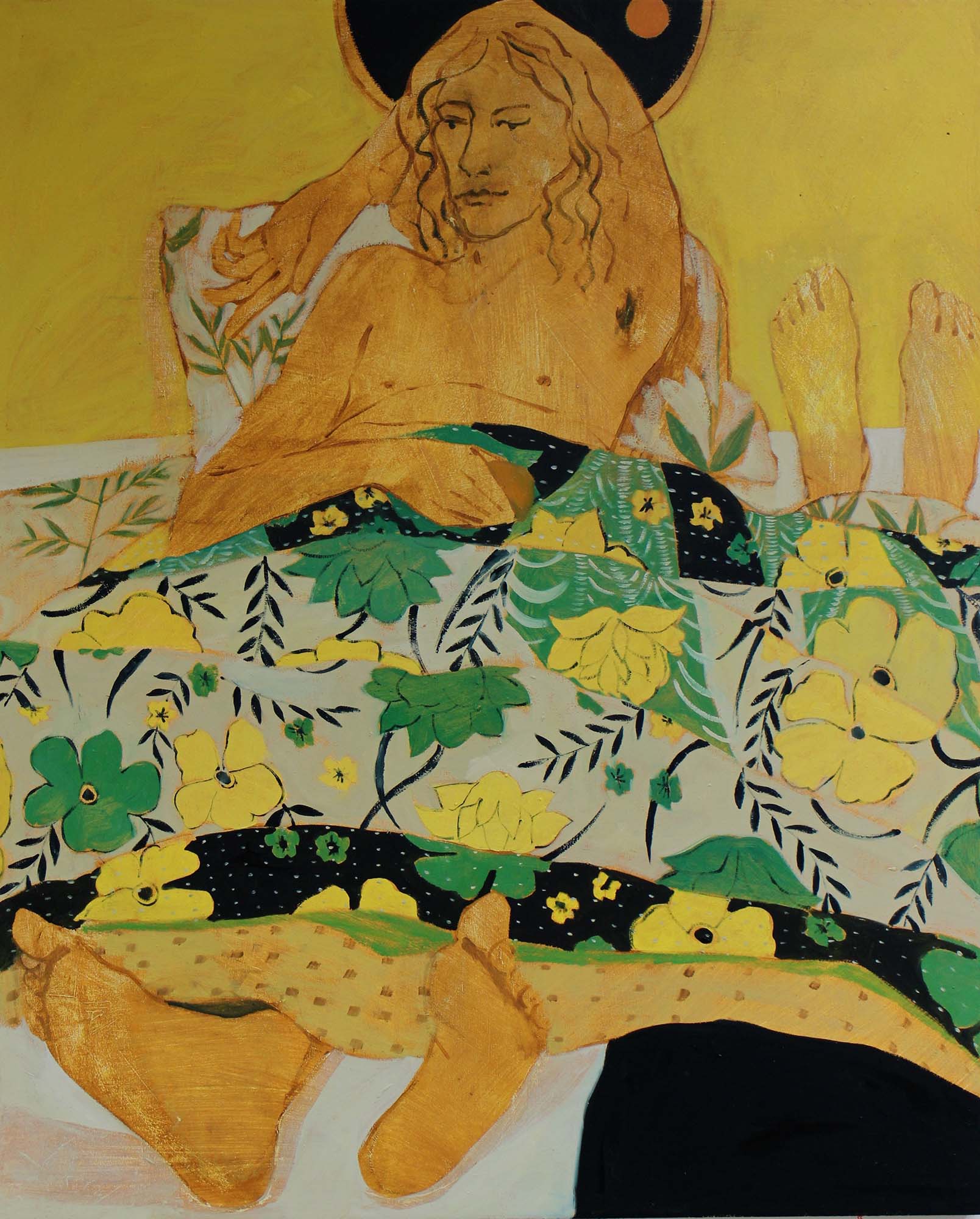 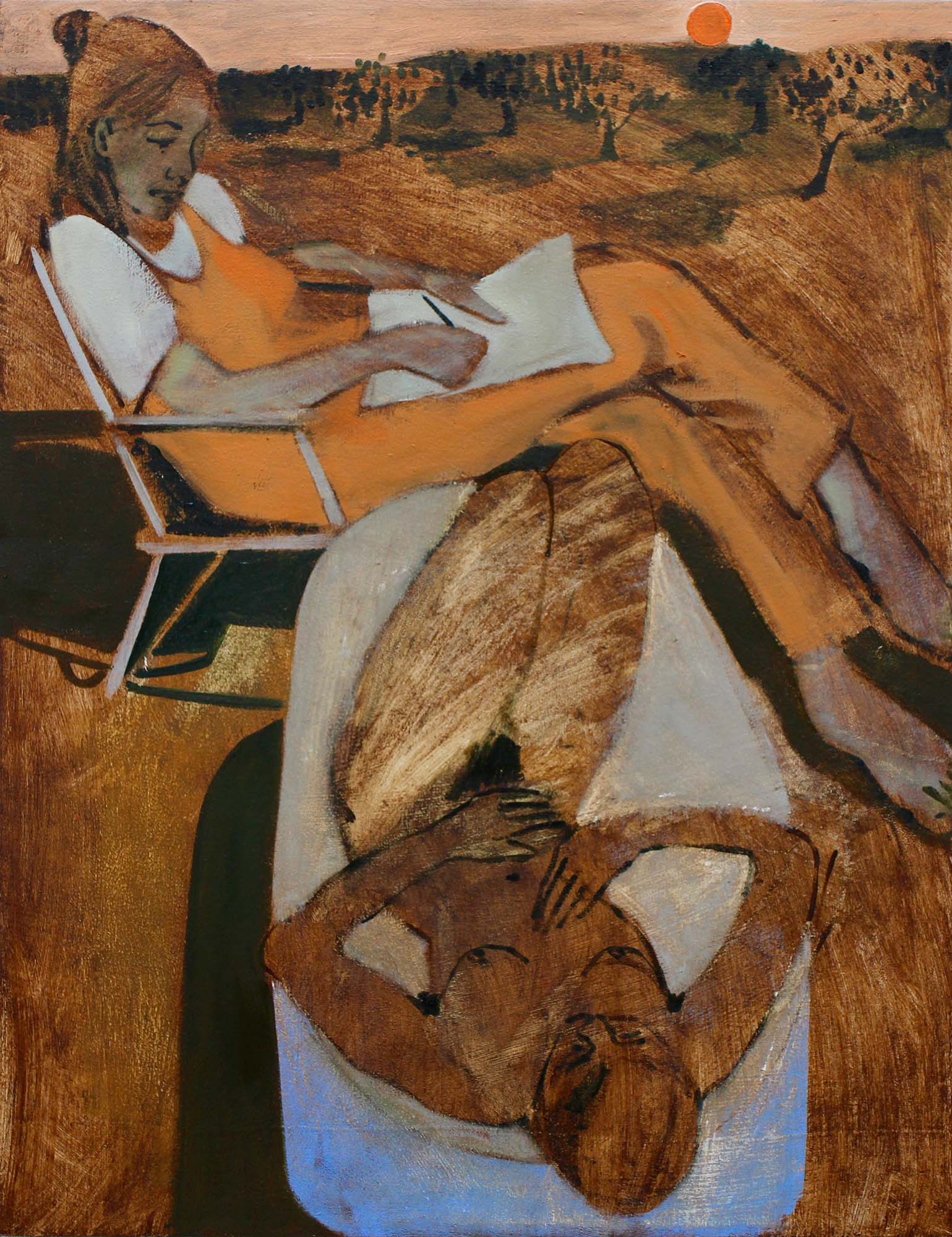 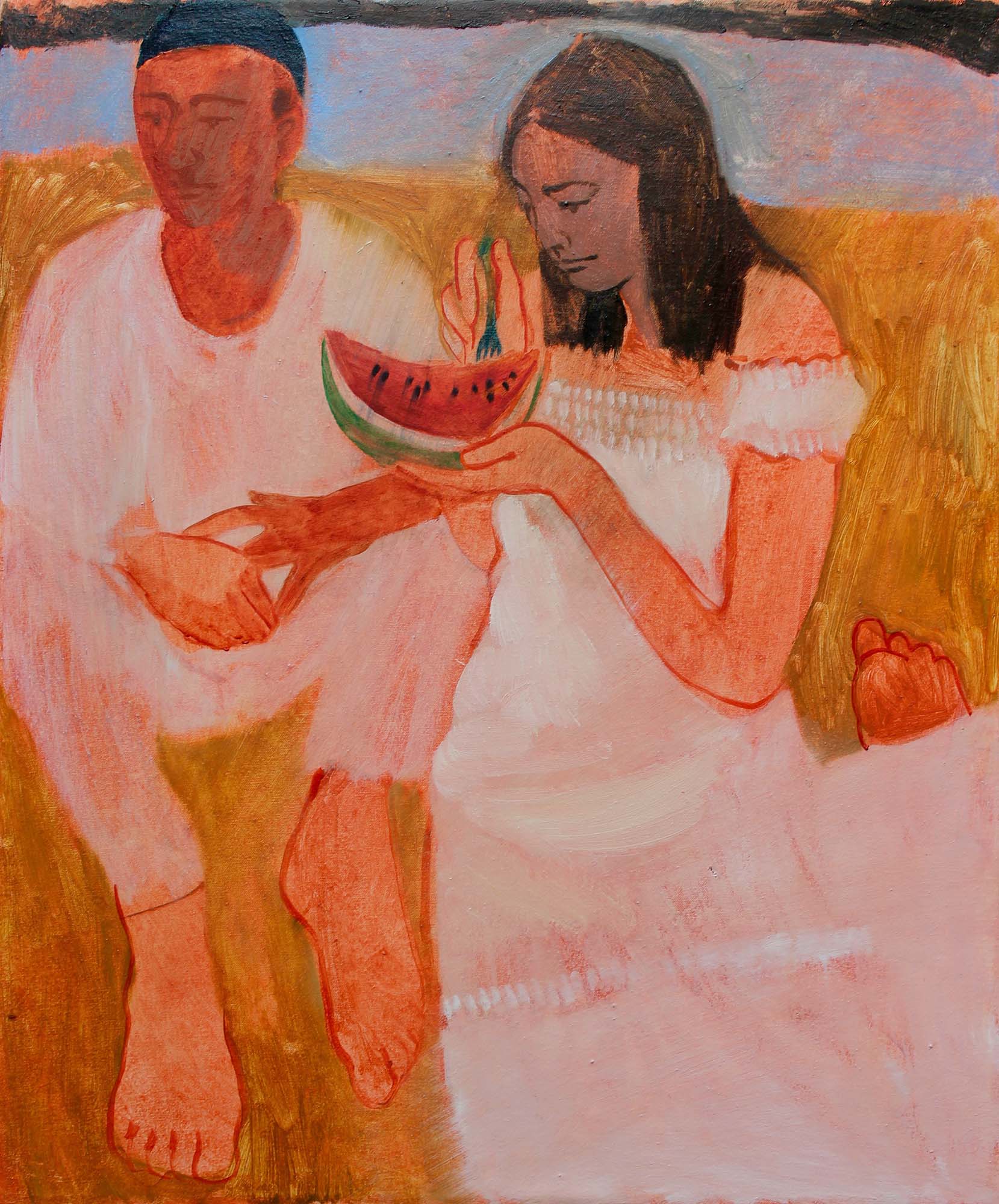 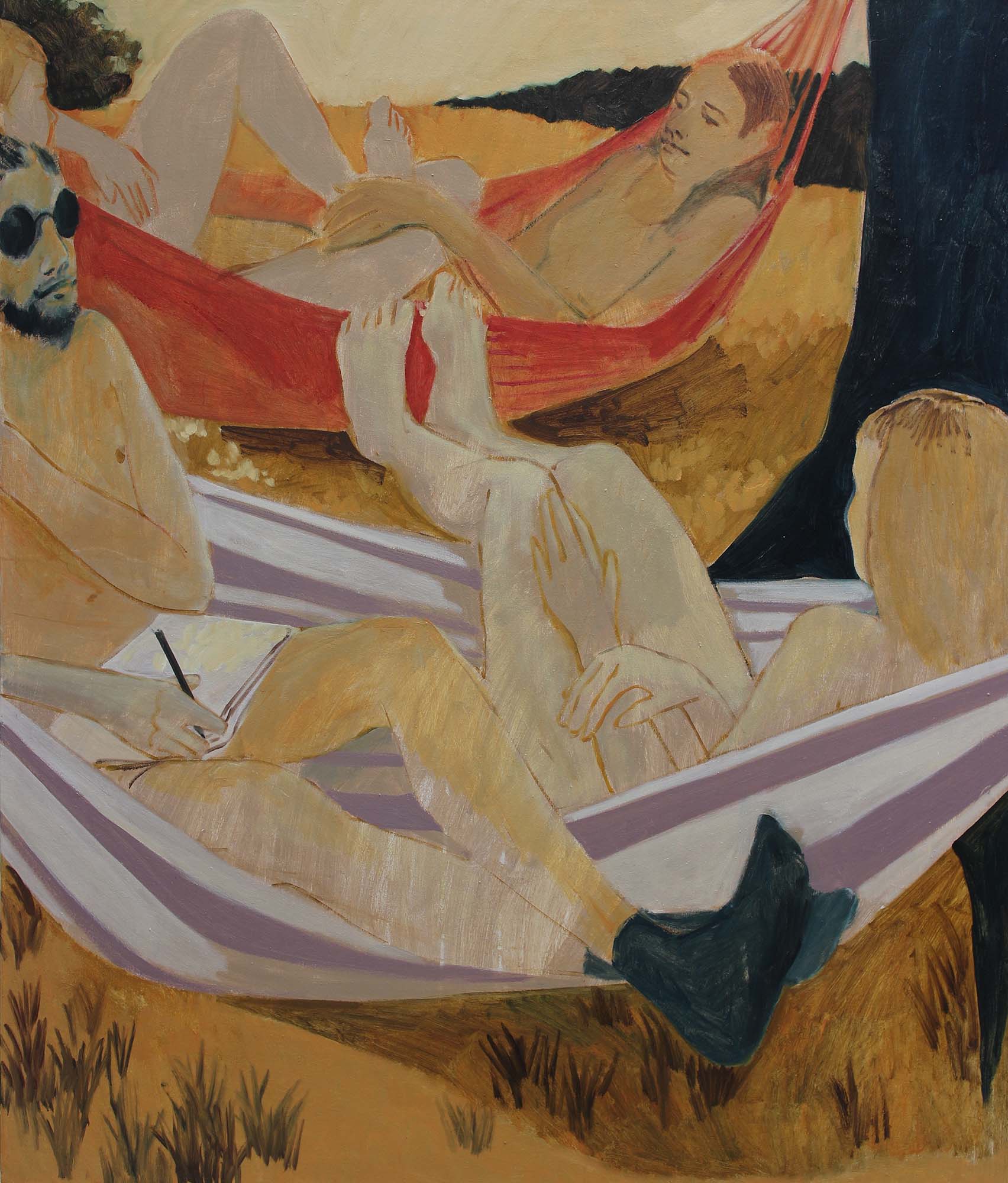 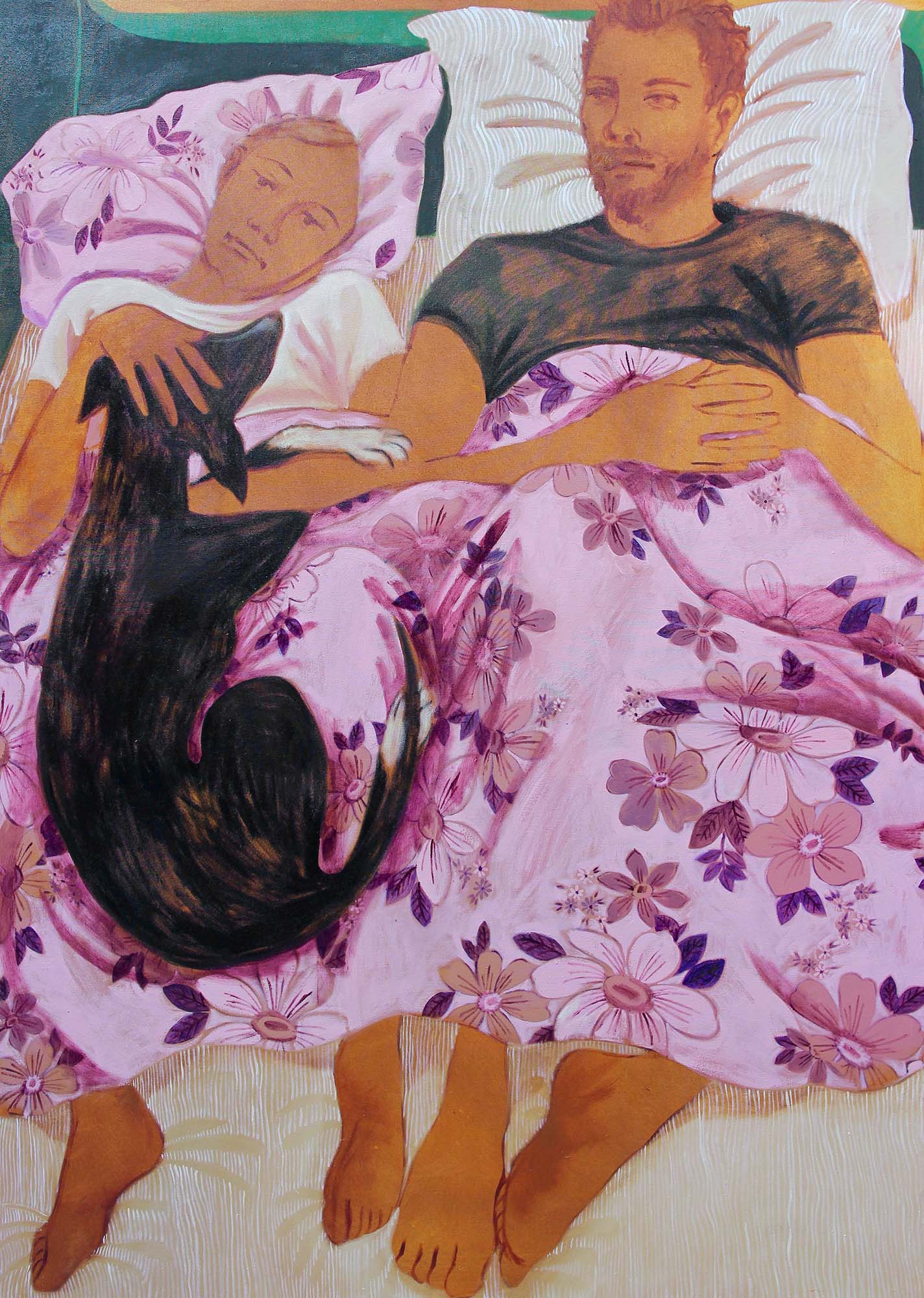 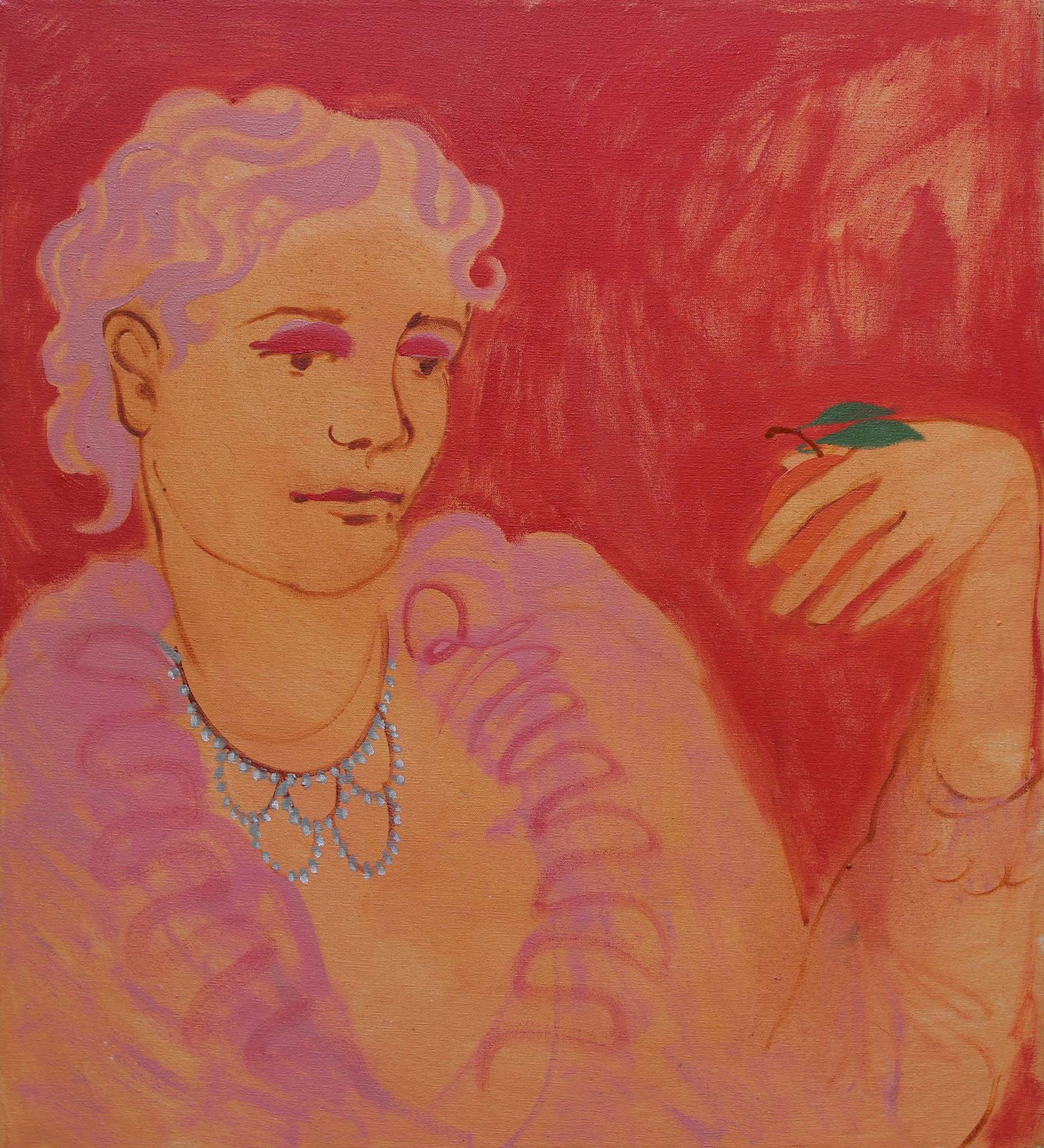