Overwhelmed by an immense feeling of dislocation, Marquisha staged the “Misfit” series in a typical American Chicago house with oversized-Mod culture costumes and English teacups as main signifiers amongst other clues- of cultural misfits. The insatiable appetite for Tea especially, amongst other exotic resources from the Far East by European imperial powers, manifested as polemic socio-political complications in the post-colonial conquests. The “Yellow” series satirizes and ridicules ‘Asian tropes’ while undermining chauvinistic marginalization of females in the Chinese culture.

In these photographs, Marquisha antagonizes the neocolonial state of many cultures today. The direct gaze of the models confronts the audience, almost as if the audience’s complicities makes them equally guilty. The models’ personal stories and ethnic identities further endorses Marquisha’s internal struggles as rather ubiquitous sentiments. 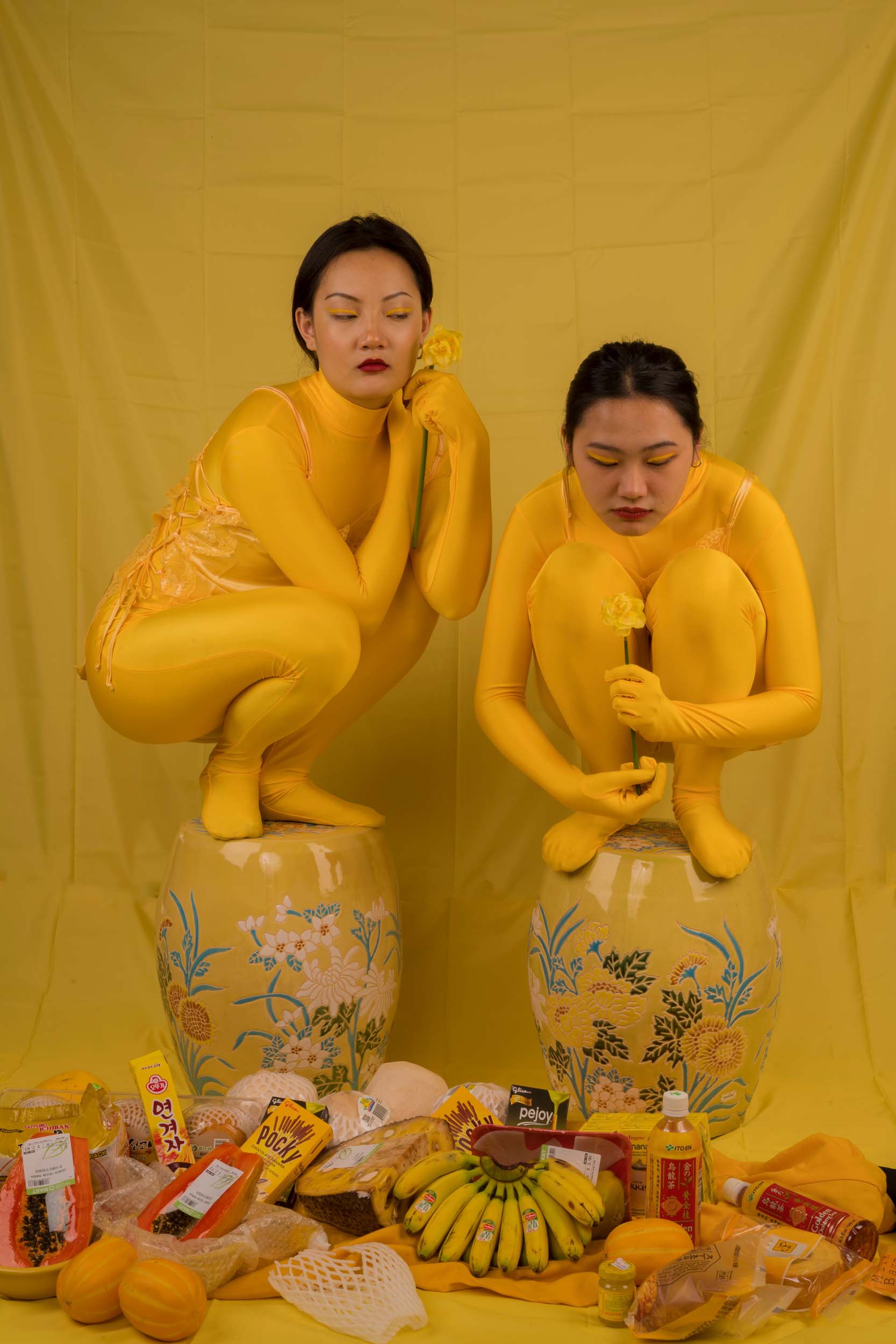 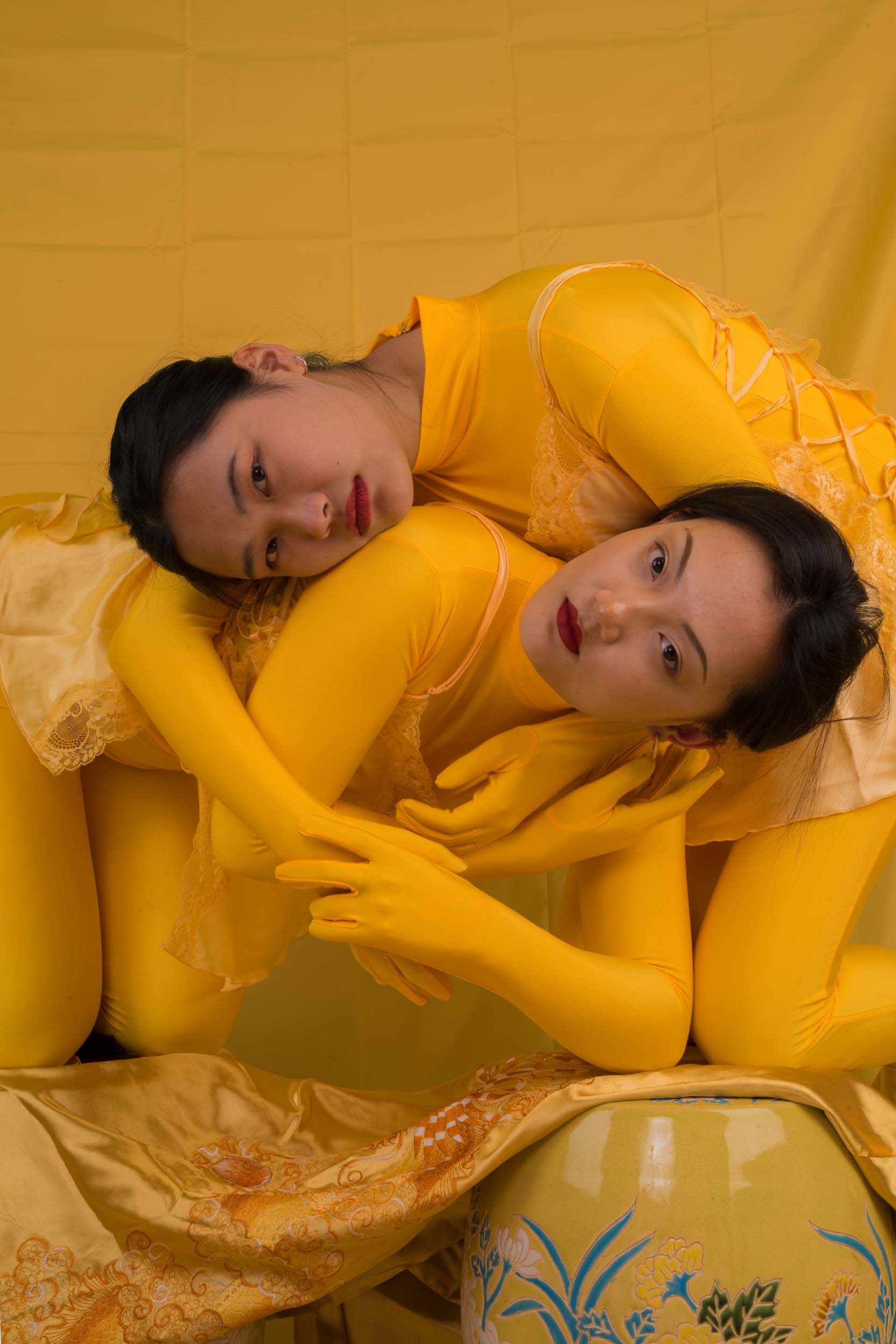 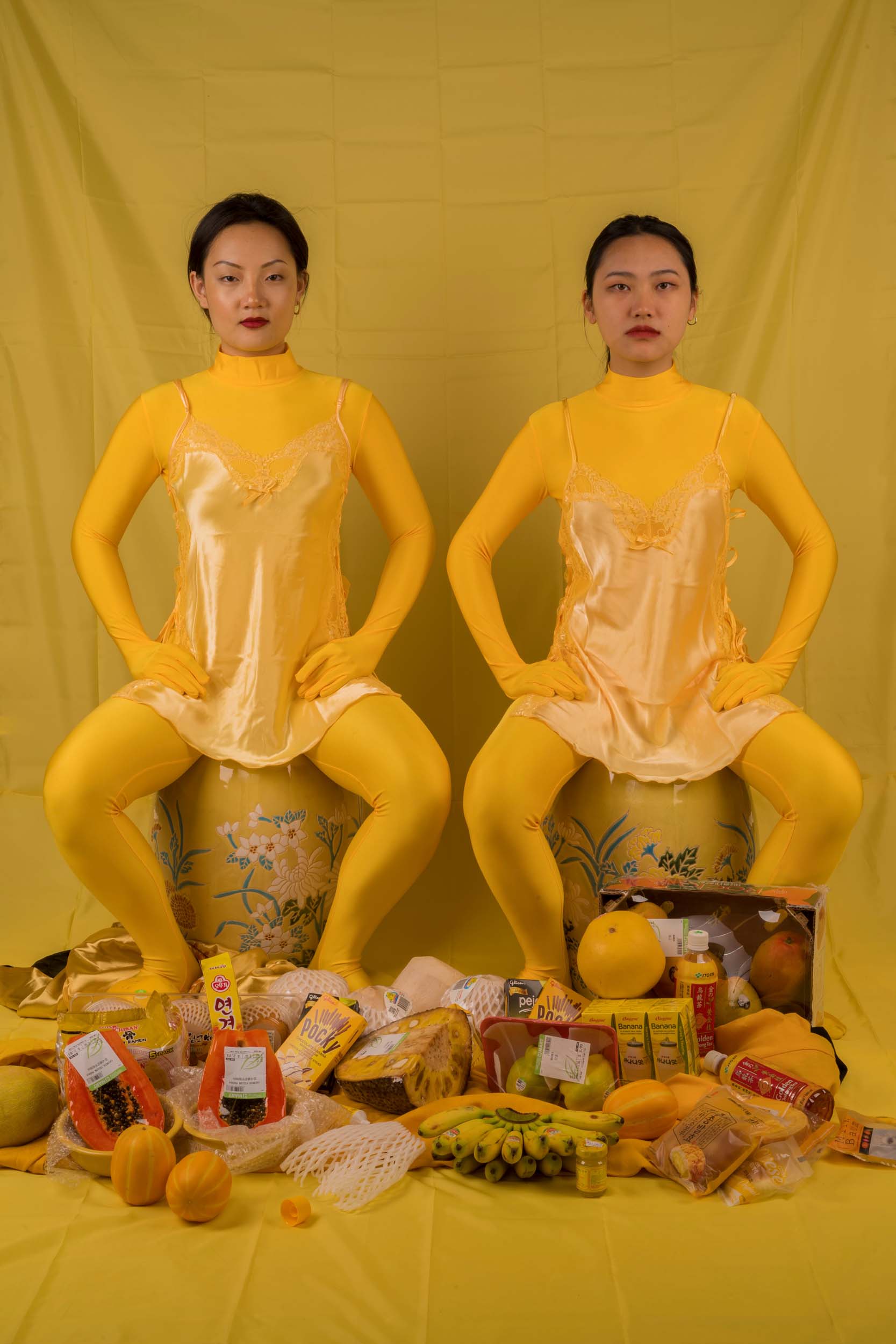 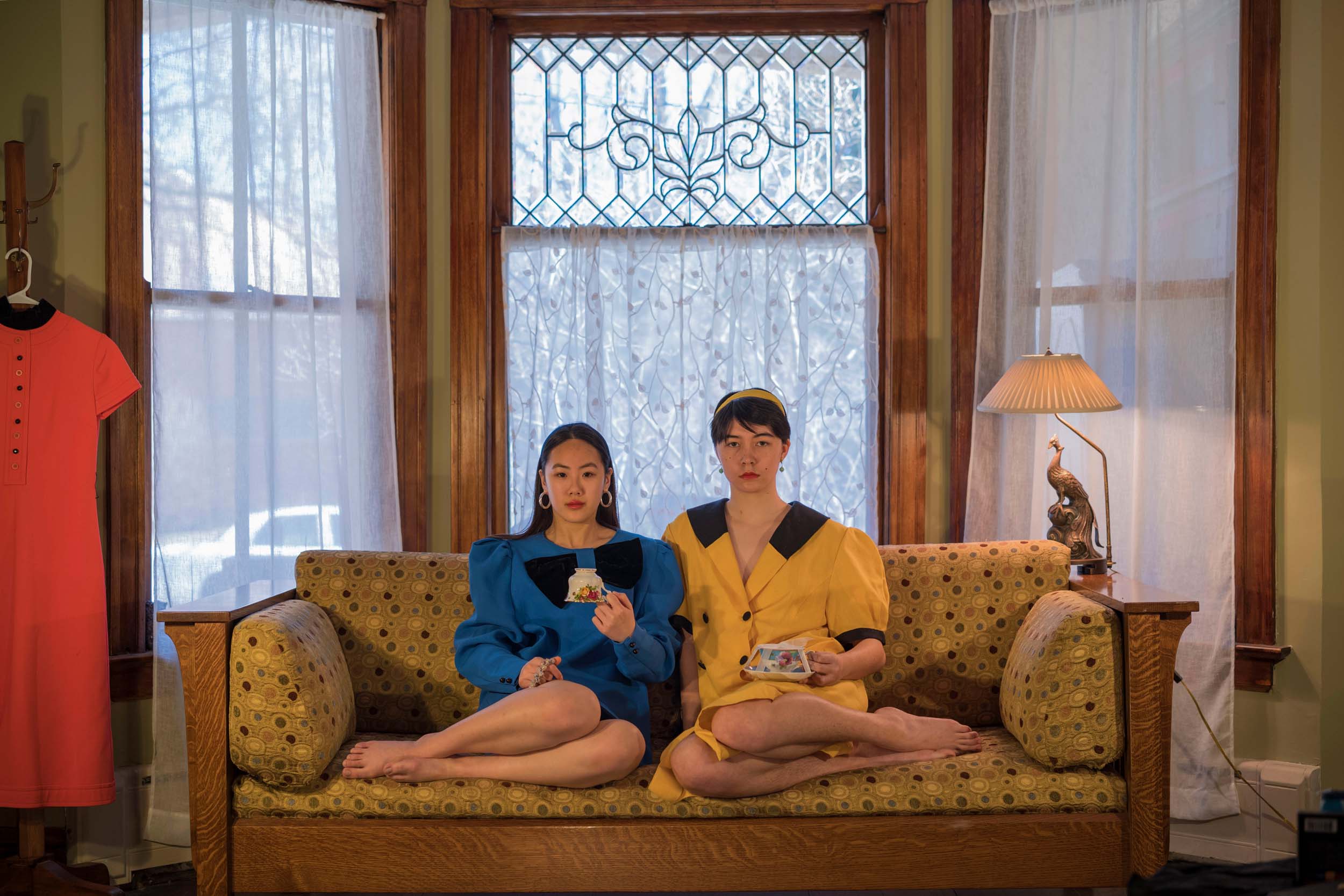 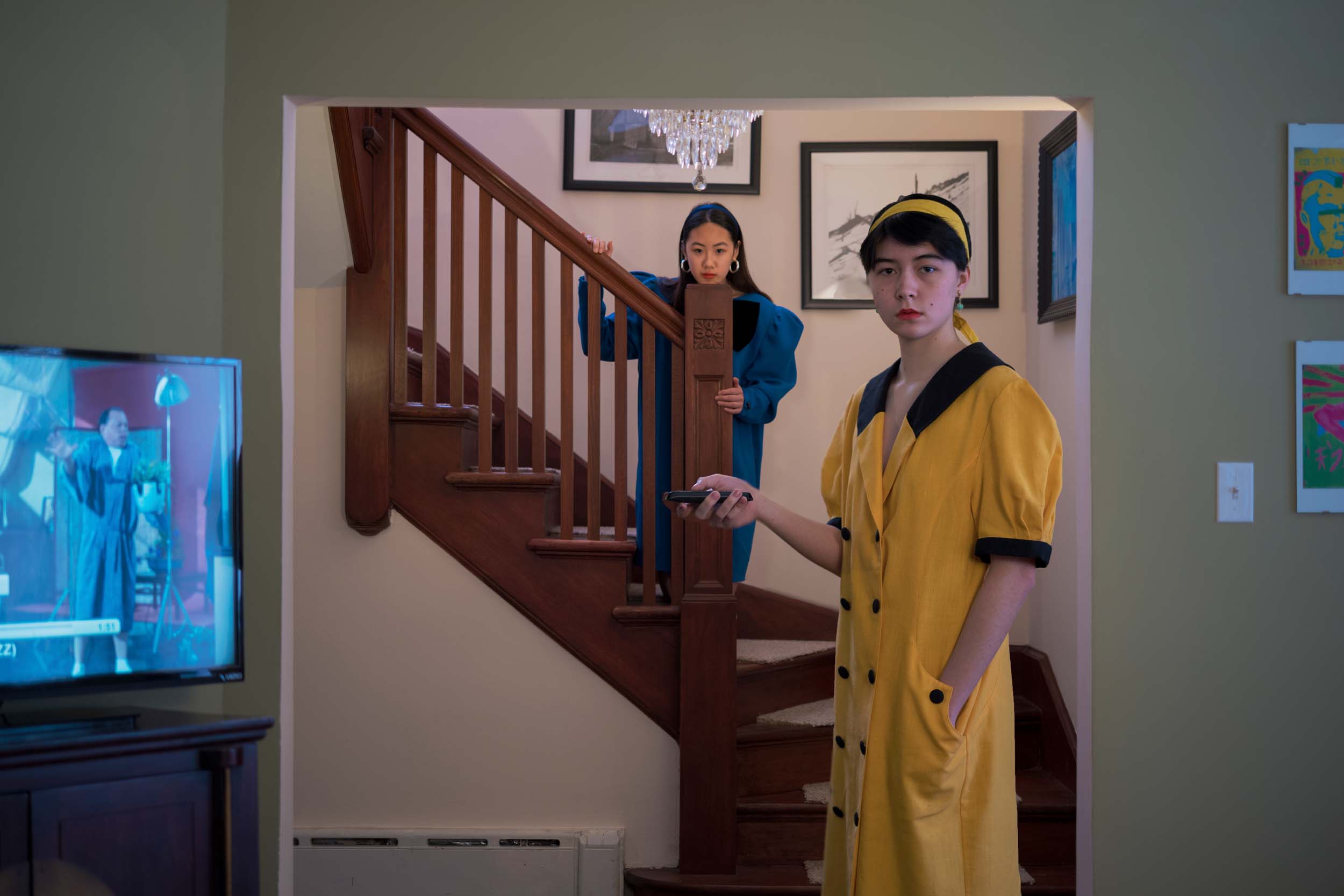 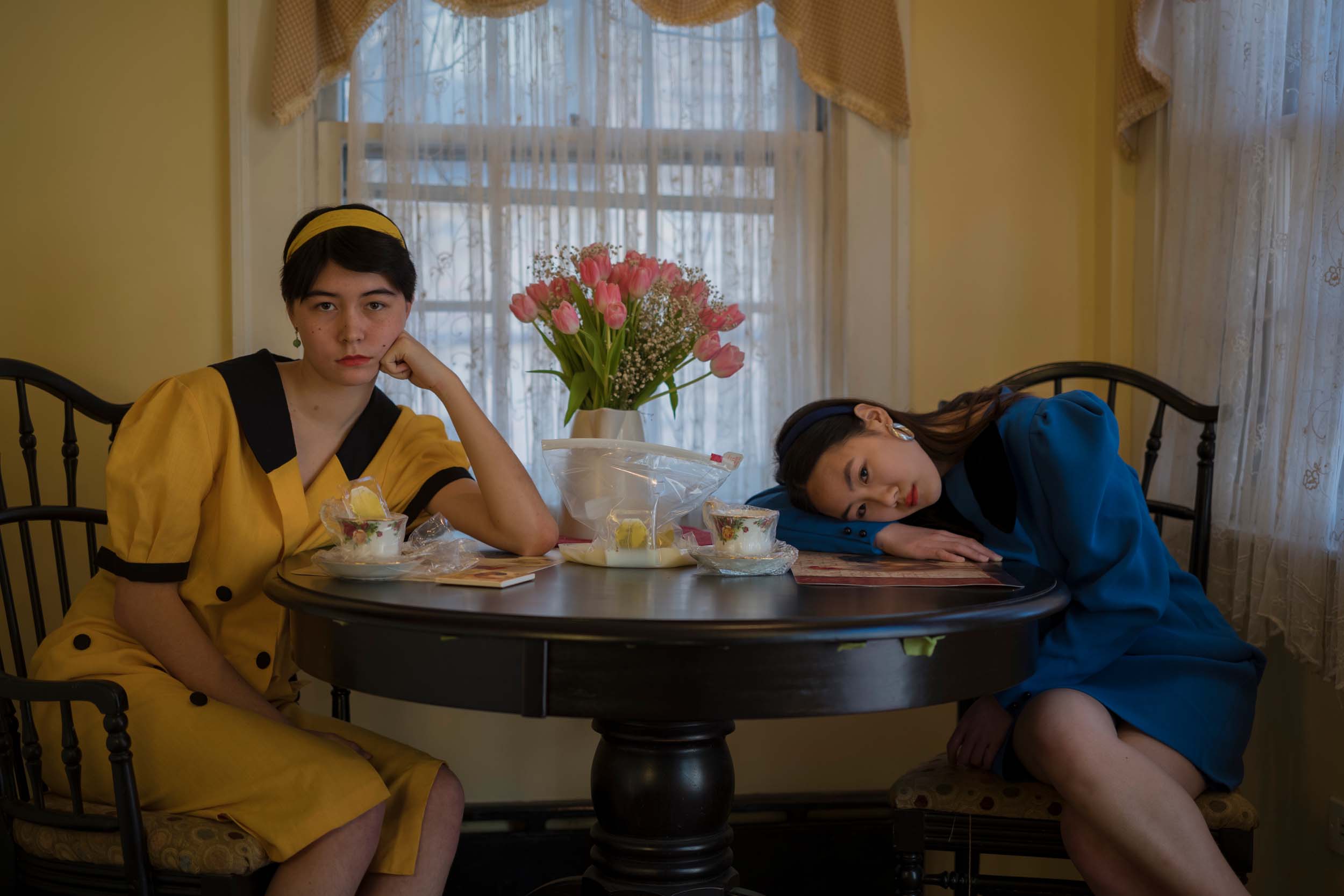 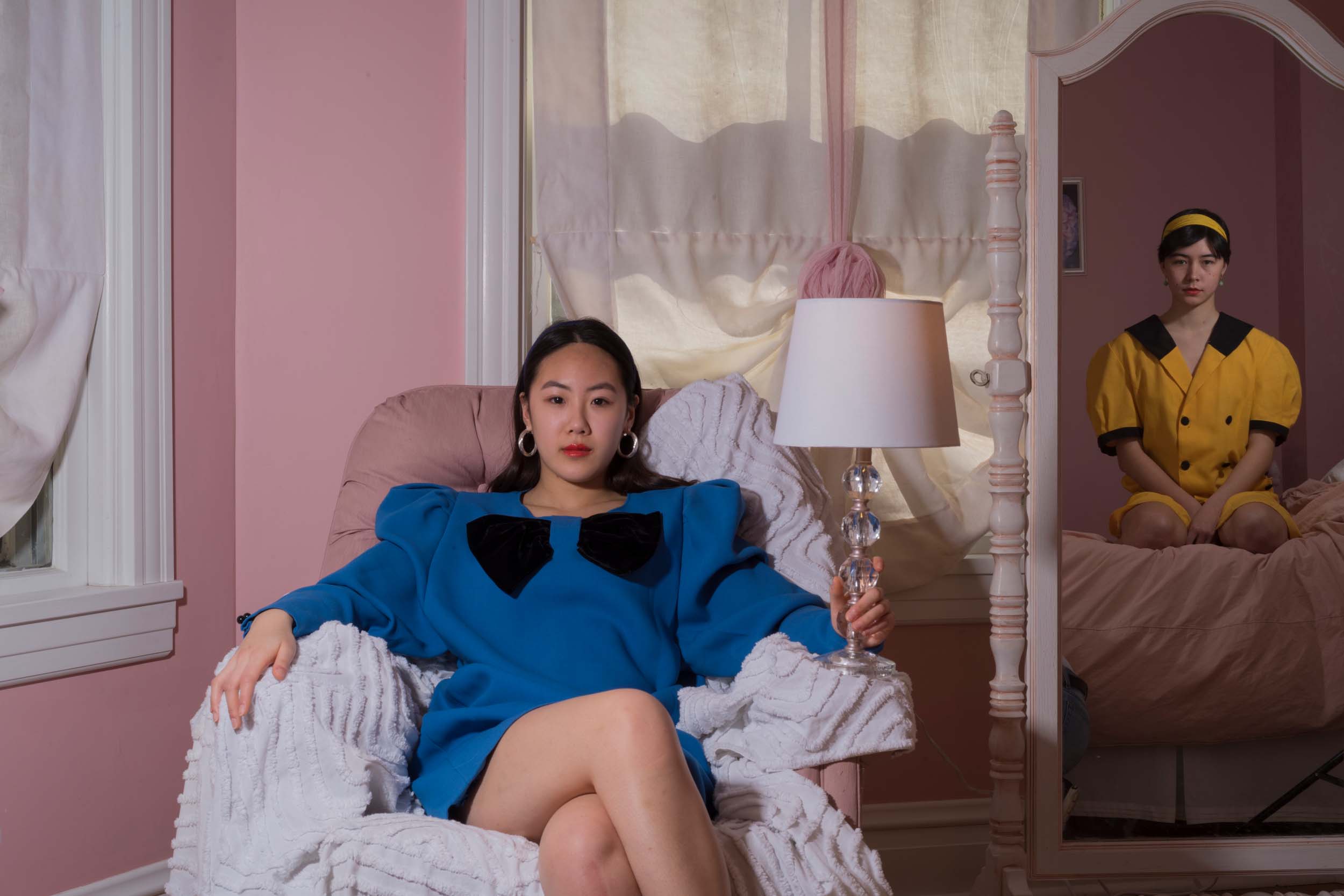 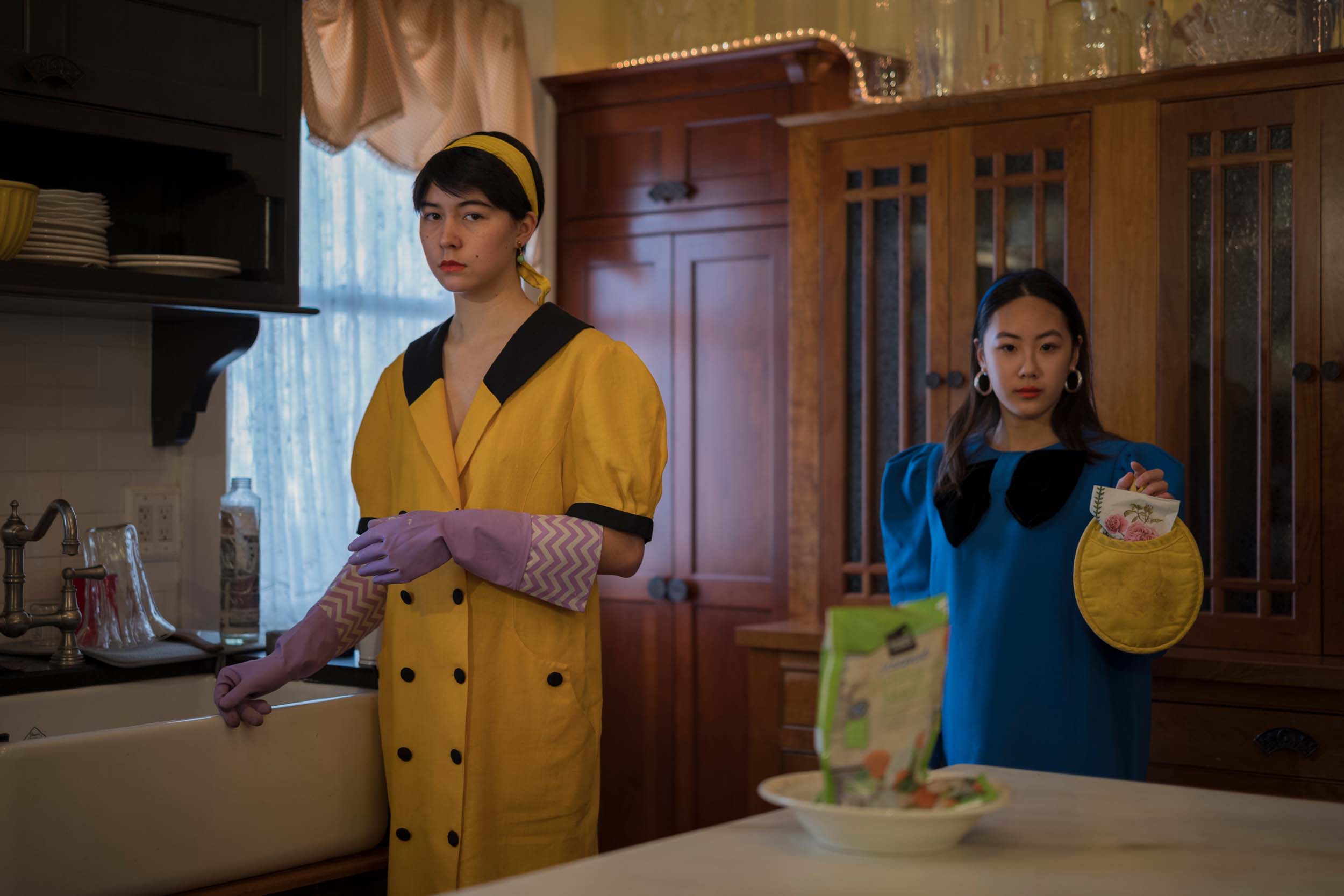 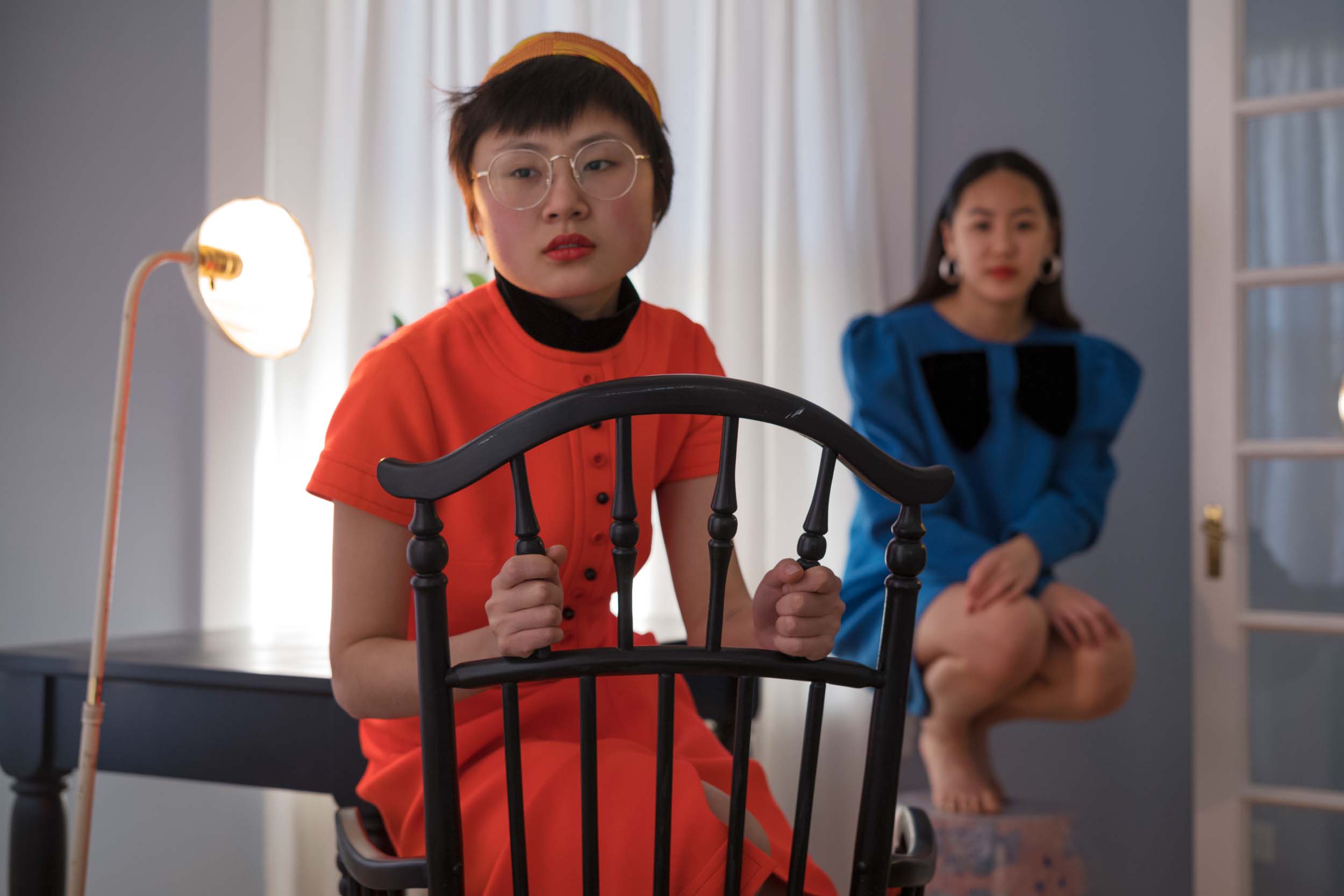 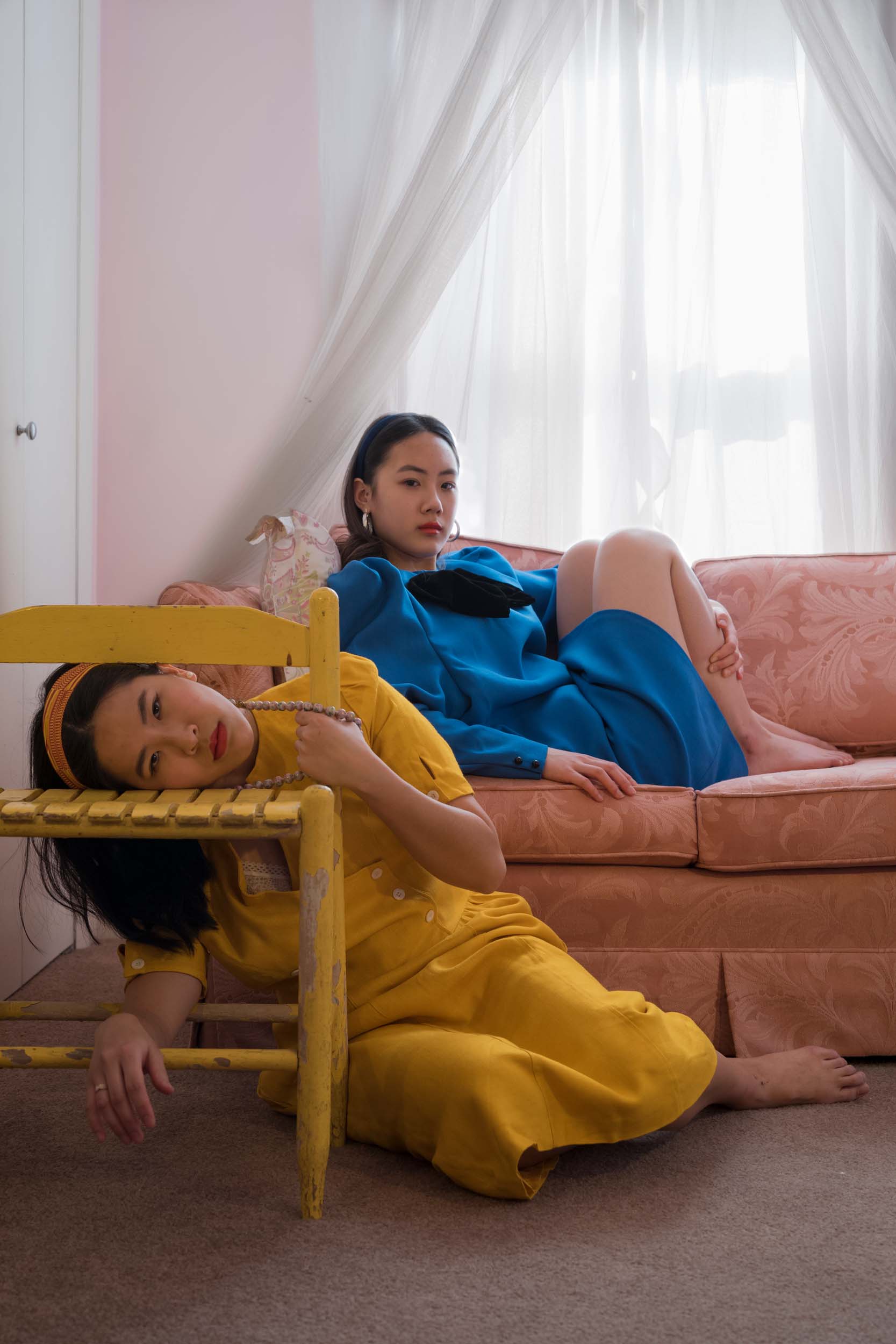 Marquisha is currently based in Chicago, practicing both painting and photography media. Having grown up in Singapore, despite being a metropolitan in a predominantly western culture, Marquisha finds herself in an uncertain position of cultural dichotomy: nurtured with Asian values at home by Taiwanese parents but educated under Western systems.

Singapore’s education system was adapted from the British system, adopting British English as their working language. After receiving 13 years of bilingual education in Singapore, Marquisha is currently furthering her studies in the United States of America. During her pursuit of a fine arts education in Chicago, the stifled truth about Singapore’s colonized past and socio-political complications were illuminated to her by her personal experiences of racism and white-supremacism.

Inspired by personal experiences and observations of the American way of life, Marquisha developed an interest in the colonialism, decolonialism, and post-colonialism discourse. With her hybrid identity, she negotiates the tightrope between western and eastern power dynamics cautiously with a critical lens on both shores.

As a victim and perpetrator of global capitalism and cultural imperialism as a consumer of popular culture, Marquisha is resentful towards herself; She is losing her proficiency in the Chinese language and losing touch with both Singaporean and Chinese customs and traditions. Terrified by the impending prospects of a culturally homogenous culture and soft western hegemony, she stages photographs into physical manifestations of her cerebral conflict.