Weaving as creative deconstruction could easily sound like a rereading of Penelope waiting for Odysseus, unweaving by night what she wove in the day. But there is nothing being unwoven in my work. Rather, it is a question of the work itself falling apart, being ripped apart at the seams, sagging under the weight of the many added histories that keep finding a way to be woven in. How much history can one fabric hold?

My weavings are motivated by my ancestral and ongoing negotiations of approximate assimilation, synthetic identities, and the excesses that stride beyond categorizations. Chicanx, Punjabi, Hawaiian, Black, White: tensioned generations on display, warped and striped. Parading indigeneity in handspun weft winding through strands of polyurethane globalization: seducing, choking, colliding, caressing, changing.

But can these weavings bear the weight of the terms that have been set before them, embedded within them? While there may be an appearance of continuity across the fabric, all of these materials – wool, zip ties, tubing, coaxial cables – are working against one another. To weave with competing unequal materials is to reflect a lived experience of ongoing U.S. colonialism supported by unequal histories. Some histories go unheard, unseen, while other histories seemingly become the whole story. I want to piece together those histories which need to be heard, but have yet to be said: woven stories from weavers such as Juanita (Asdzáá Tl'ógí; Navajo, 1845-1910) or Luz Jiménez (Mexico, 1897-1965); and woven family stories about living between cultures, ethnicities, and races.

Consequently, my work is as much about the competing, disparate woven fabric, as it is about the space in which the work exists. Posts extend the work outward, acting as frame and architecture. Posts mimic the architecture of the gallery while also referencing the indigenous Mapuche vertical post looms on which these fabrics are made. How does the loom, like the conceptual theory of post- (post-identity, postmodern, post-contemporary), act to create and deconstruct the fabric? Are these works being pulled apart? Trapped? Are they working within the posts to break free of the terms which are set for them?

Perhaps what I am left with is the yet-to-be woven or never-to-be woven parts of these weavings. Spaces, cracks, tears, all point to the possibility of what more there might be; of new terms, new bodies, and new architecture, not just in some distant future but in a transformative past. How much history can one fabric hold? 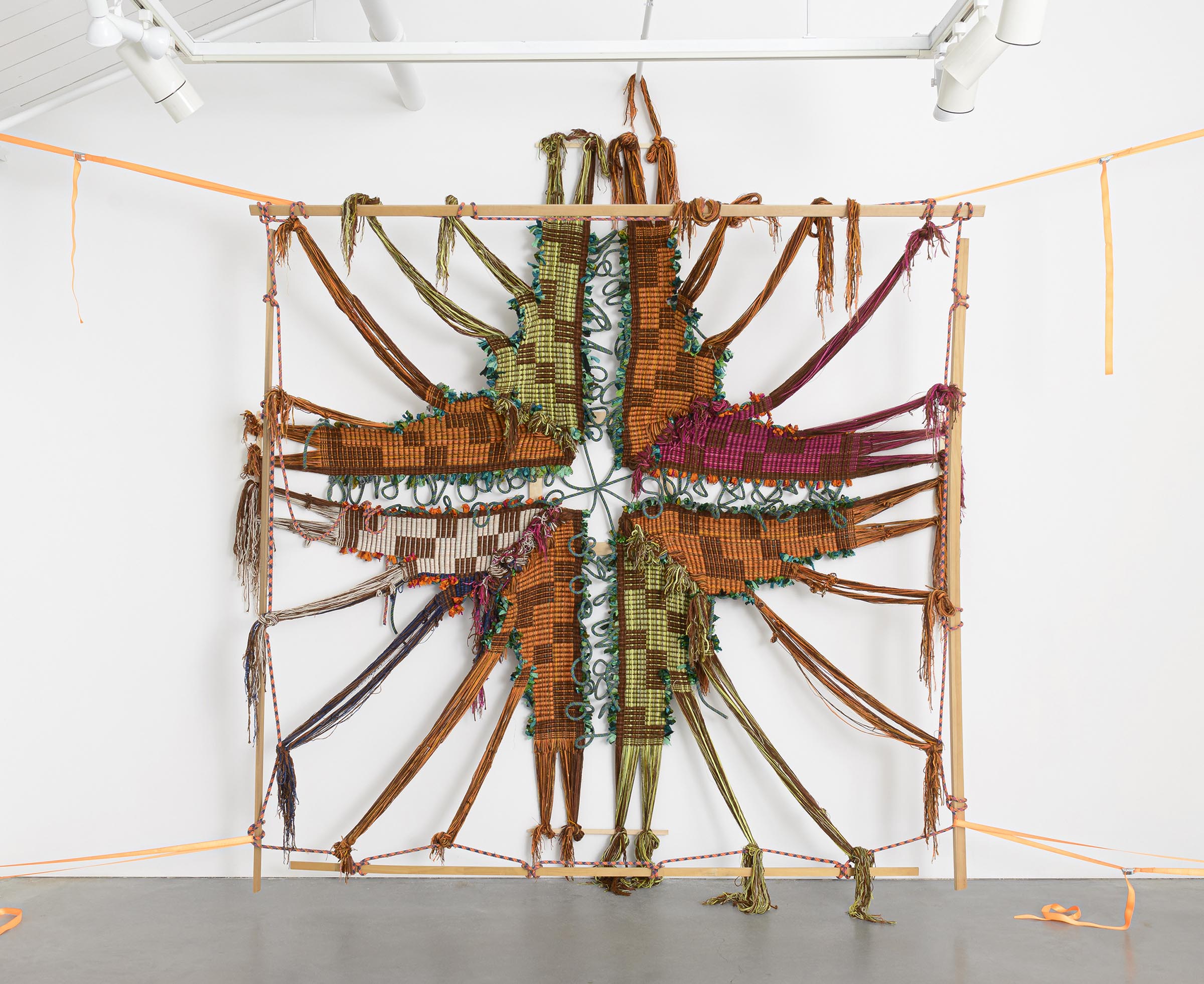 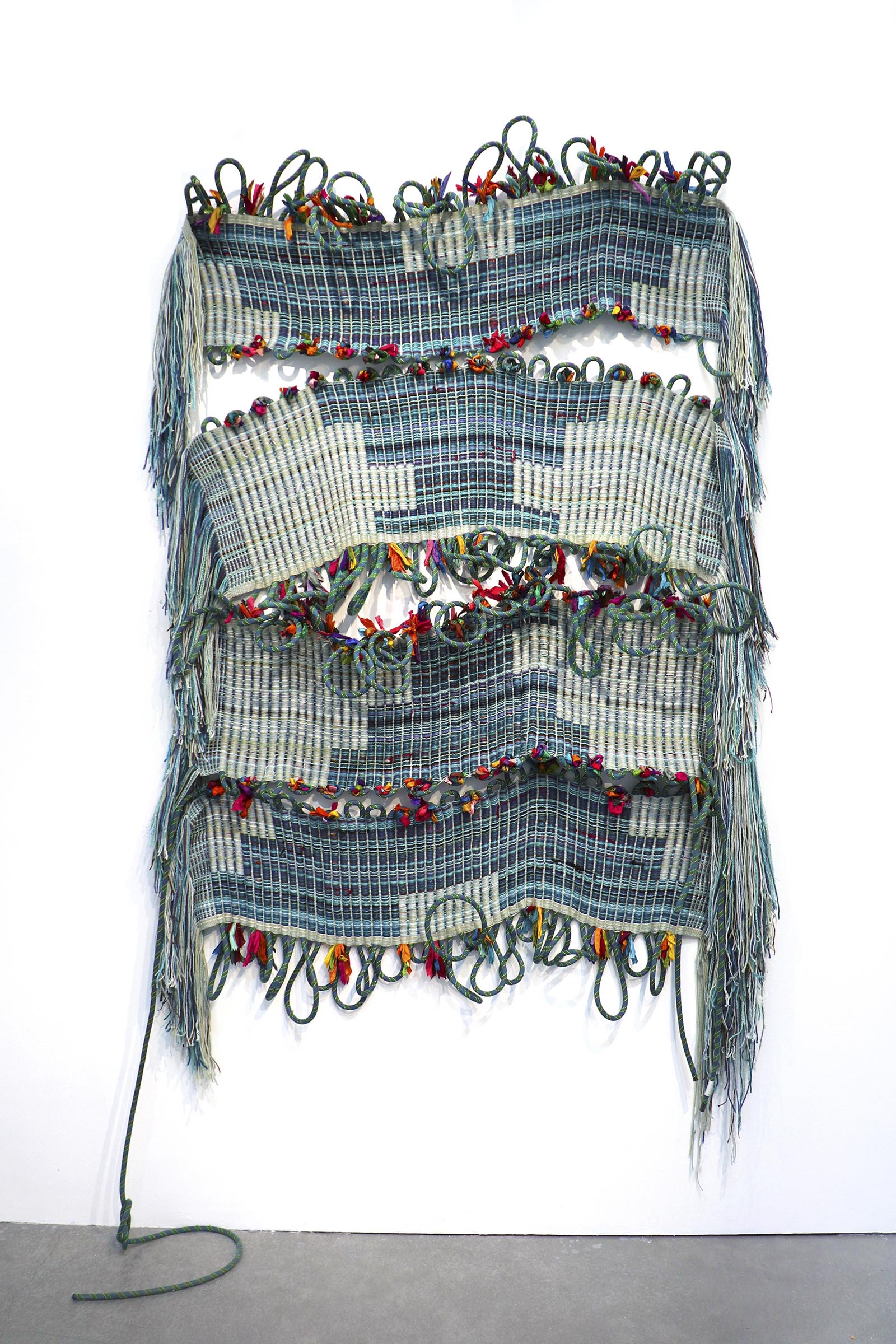 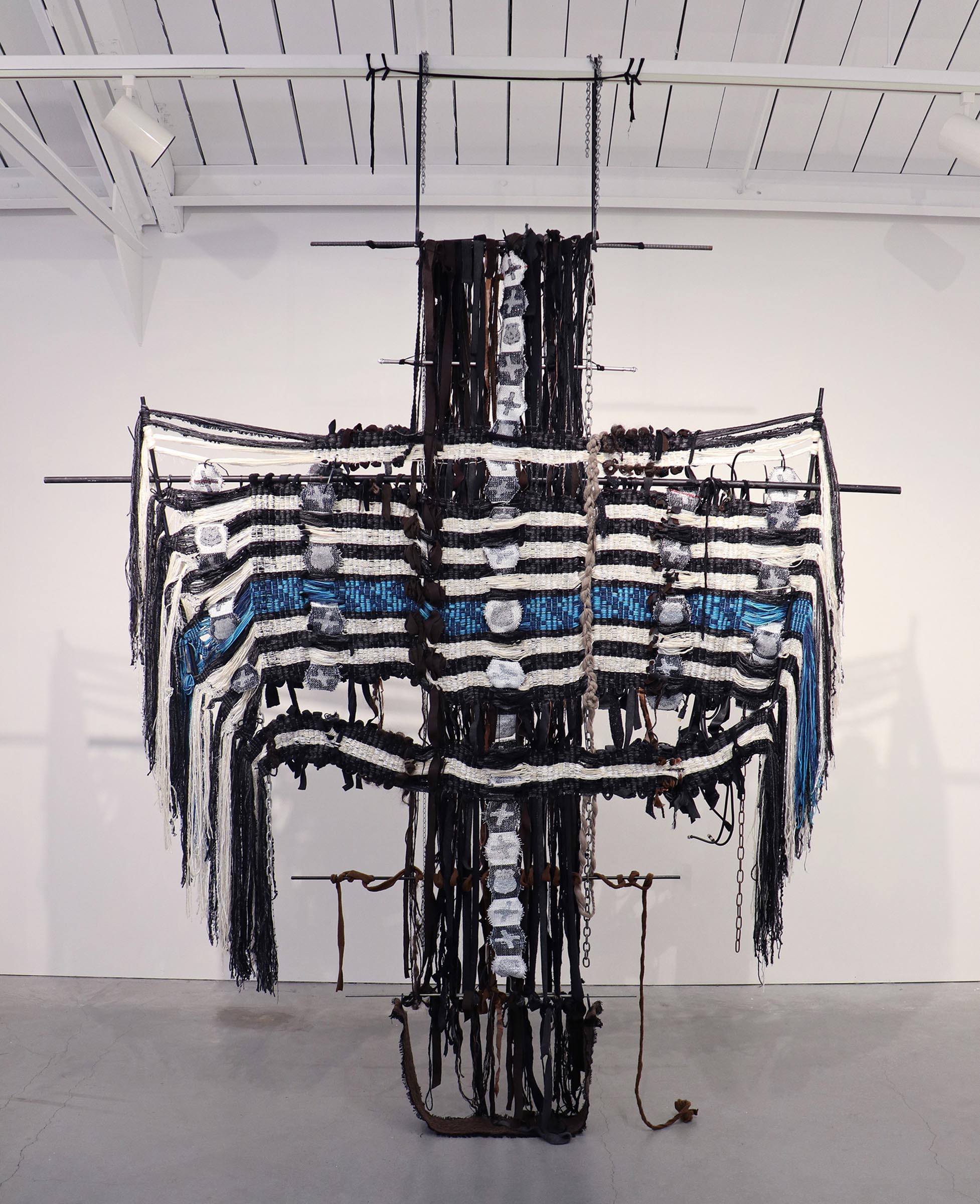 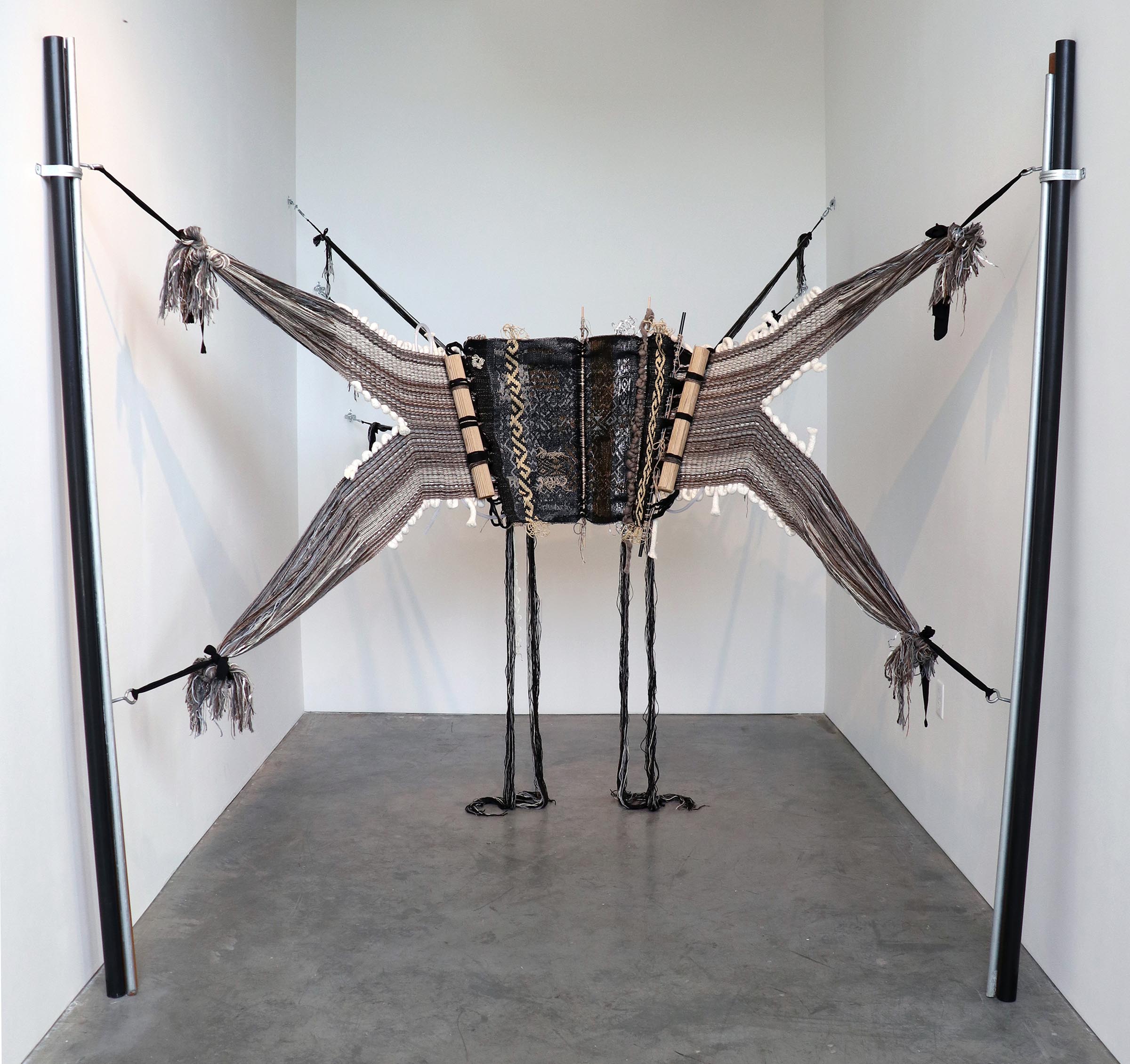 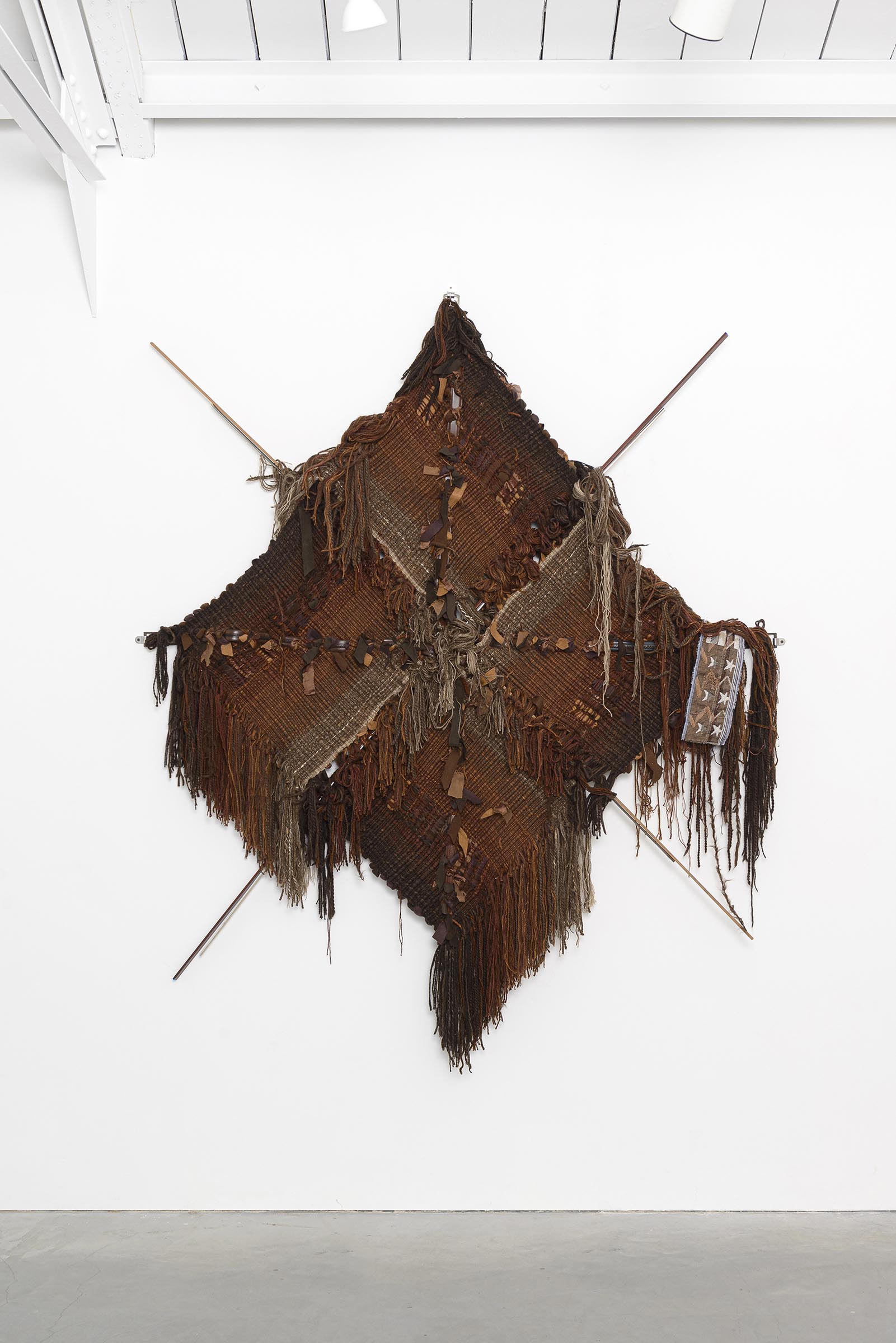 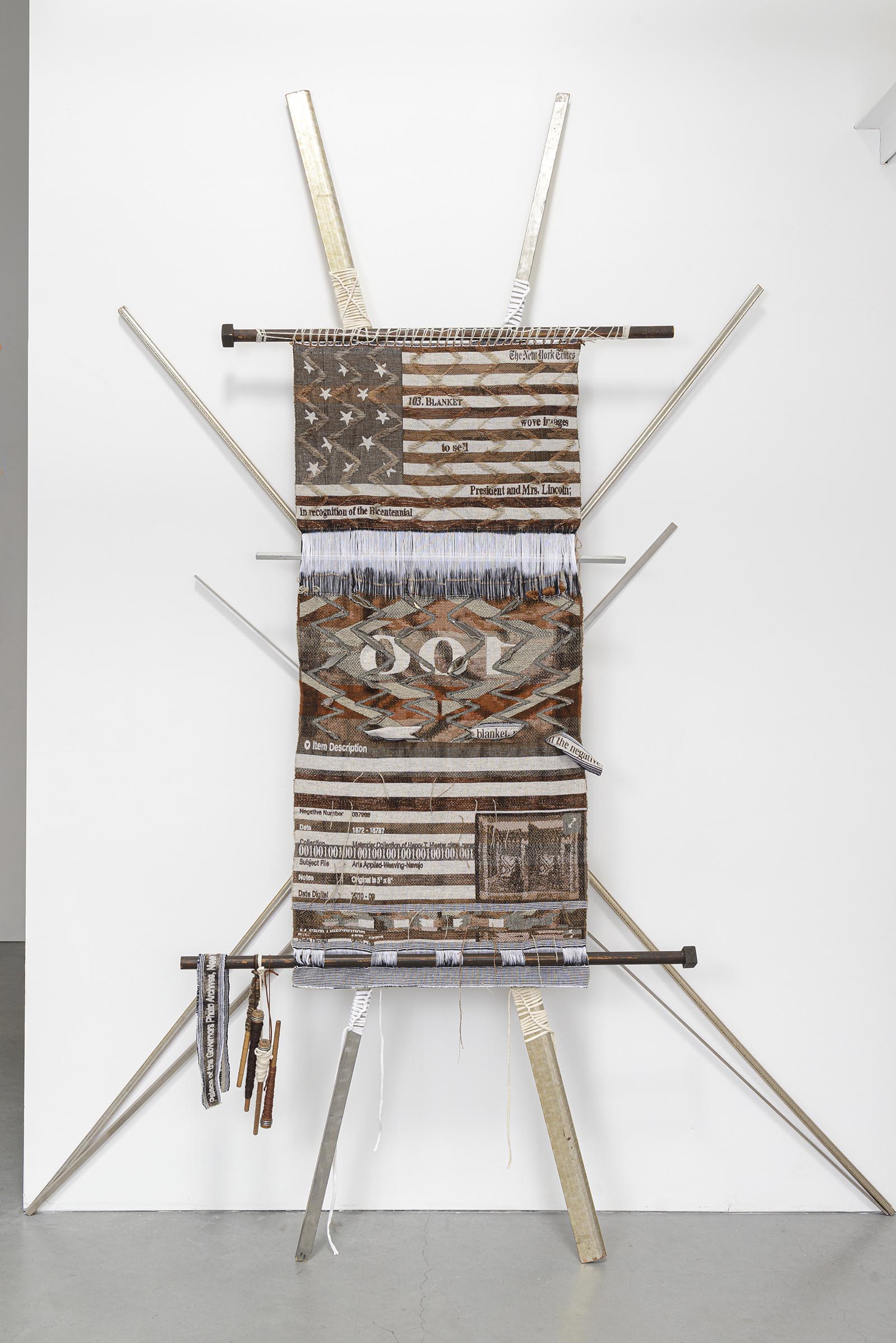 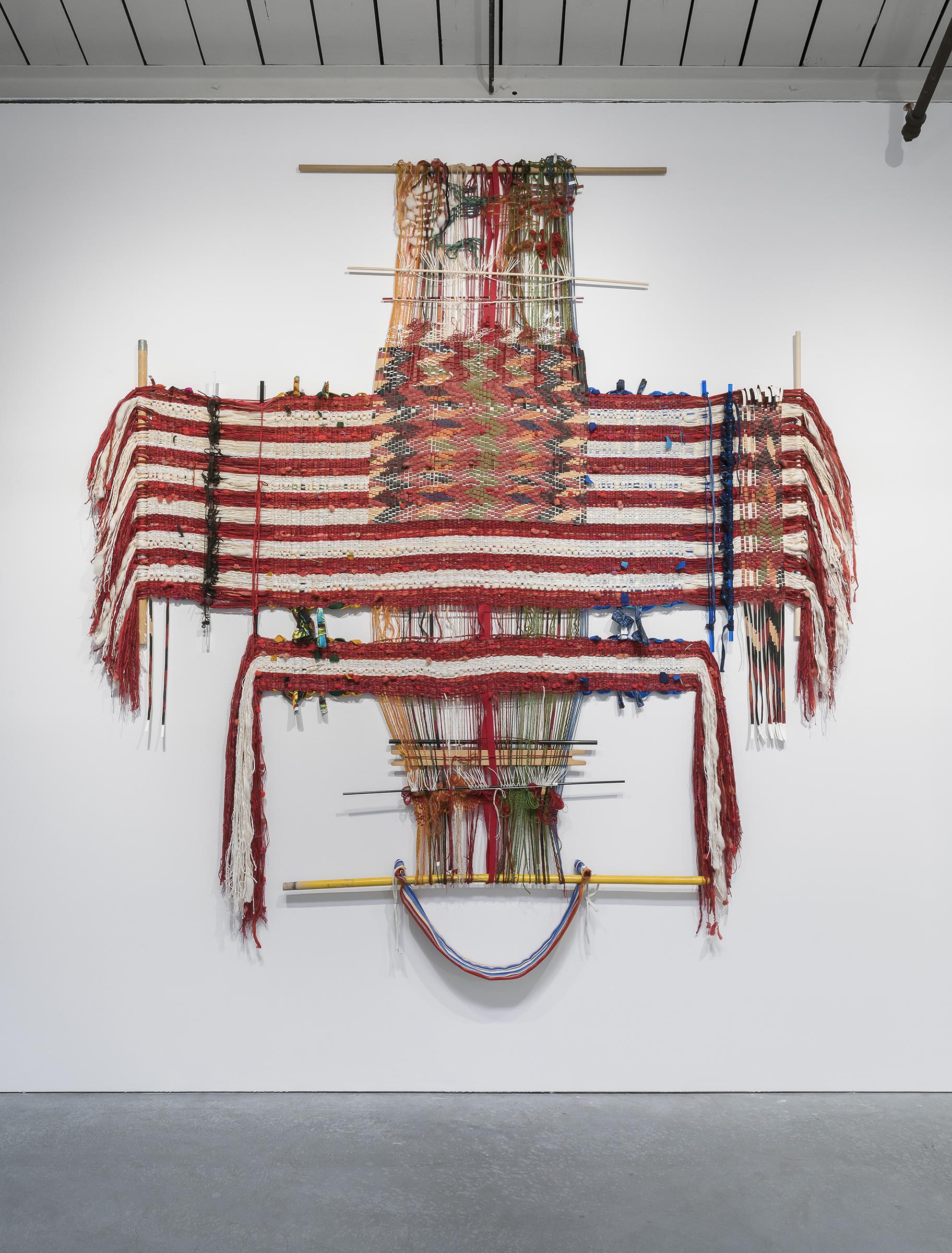 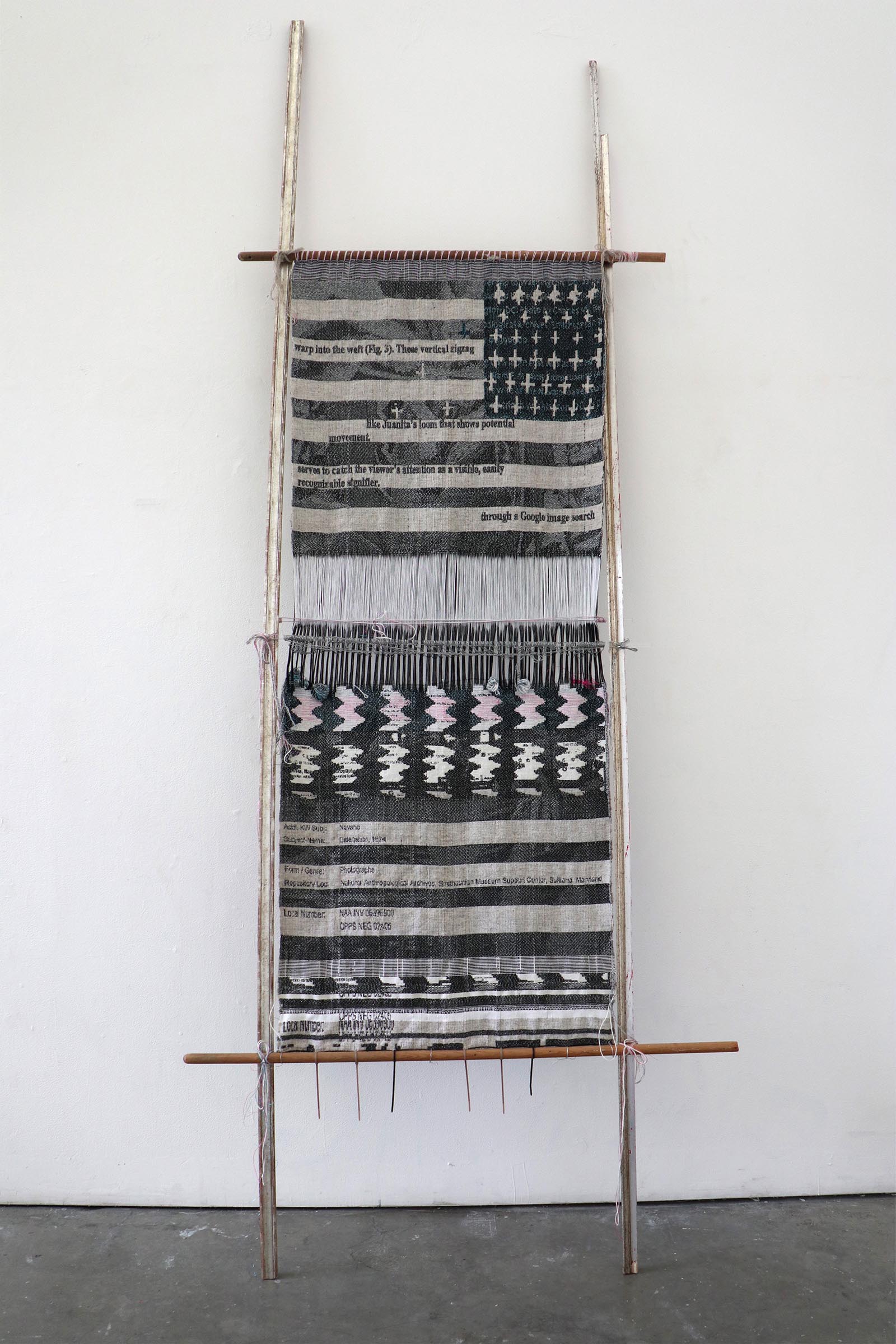 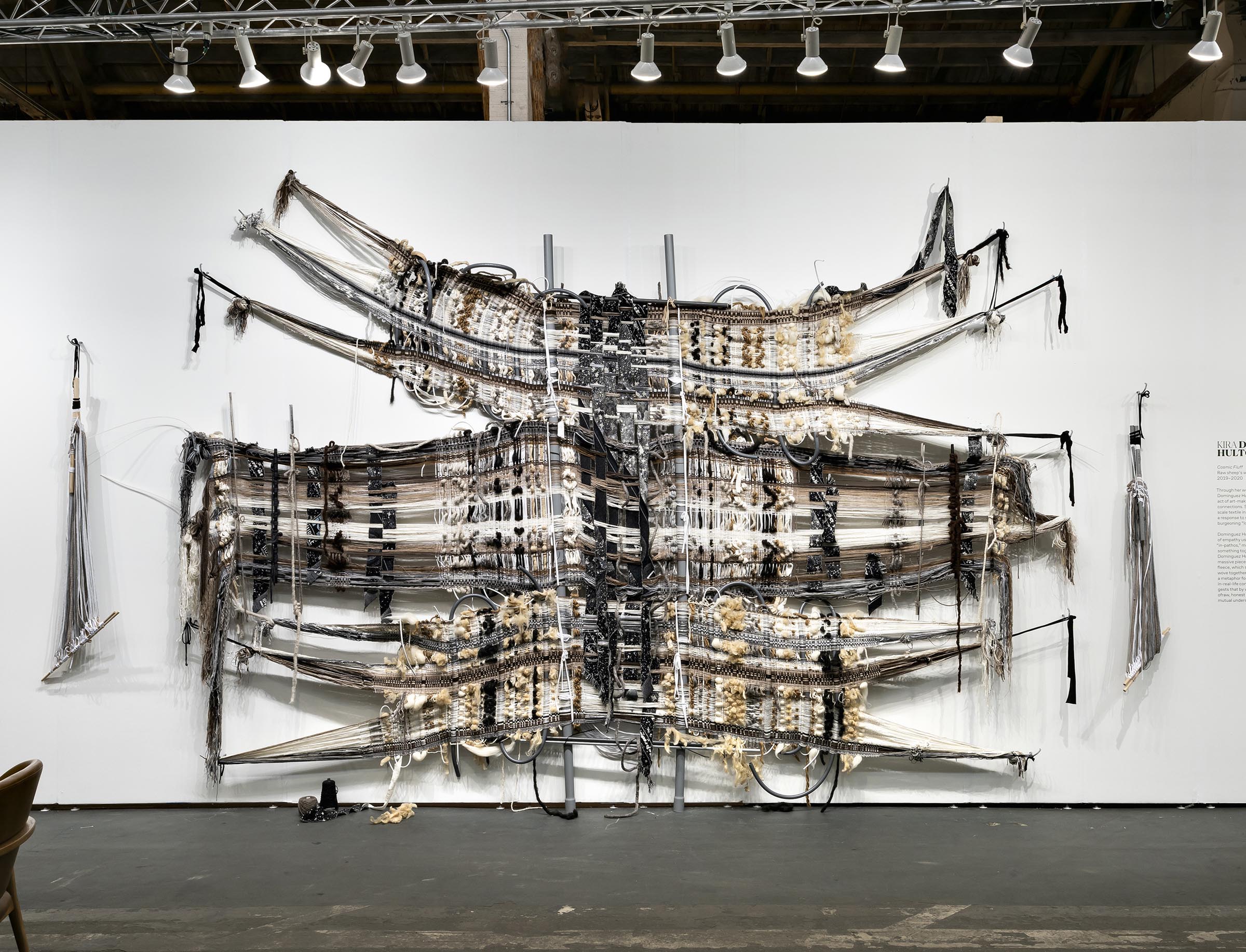 Kira Dominguez Hultgren (b. 1980) is a Bay Area-based textile artist. She studied French postcolonial theory and literature at Princeton University, and performance and fine arts in Río Negro, Argentina. In 2019, Dominguez Hultgren earned a dual-degree MFA/MA in Fine Arts and Visual and Critical Studies from California College of the Arts. Her research interests include material and embodied rhetorics, loom technologies, decolonizing material culture, and analyzing textiles as a performative critique against the visual. Dominguez Hultgren is represented by Eleanor Harwood Gallery in San Francisco, where her second solo show with the gallery, Intrusions, opened in January 2020. She headlined Untitled, ART (SF) as Facebook’s artist-in-residence, and her first solo museum show, I was India: Embroidering Exoticism, is on view at the San Jose Museum of Quilt and Textile through July 2020. Currently, she is a Graduate Fellow at the Headlands Center for the Arts where she is preparing for upcoming shows at the Bedford Gallery in Walnut Creek and the de Young Fine Art Museum of San Francisco.