These works are from a series simply titled Men, a nod to Willem de Kooning’s boldly titled series of Women.

As a mother of two boys, I want to participate in a critical dialogue that explores gender and the construct of masculinity (particularly as they apply to the working class and rural South) and the use of rural/working class signifiers by those who are in power.

I see the soft-sculptures and mixed-media works as implicating women in this construction—using pants that once belonged to my sons and partner, I’m looking at how I’ve taken on traditional female roles (mending and selecting their clothes). A giant spider is topped by a "MAKE AMERICA GREAT AGAIN" hat that has been edited with red paint to say “MAKE A MAN.” It’s a play on Louise Bourgeois’ Maman (Mother)—reconfigured to be about the mother’s role in “man-making.” Patterns, colors and notions that were once considered feminine become part of the male figure or are present in his surrounding domestic environment—referencing the work and preferences of unseen women. 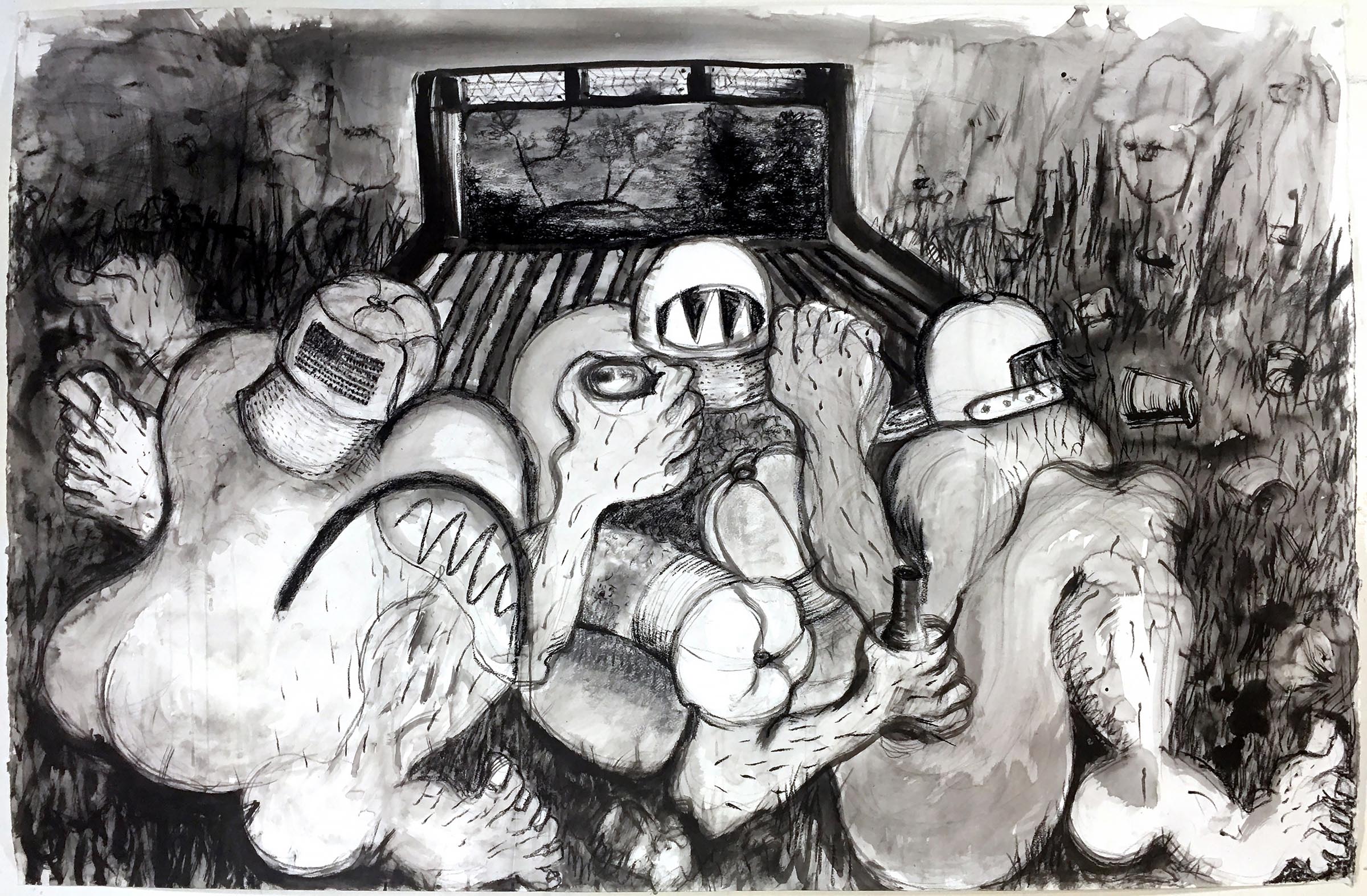 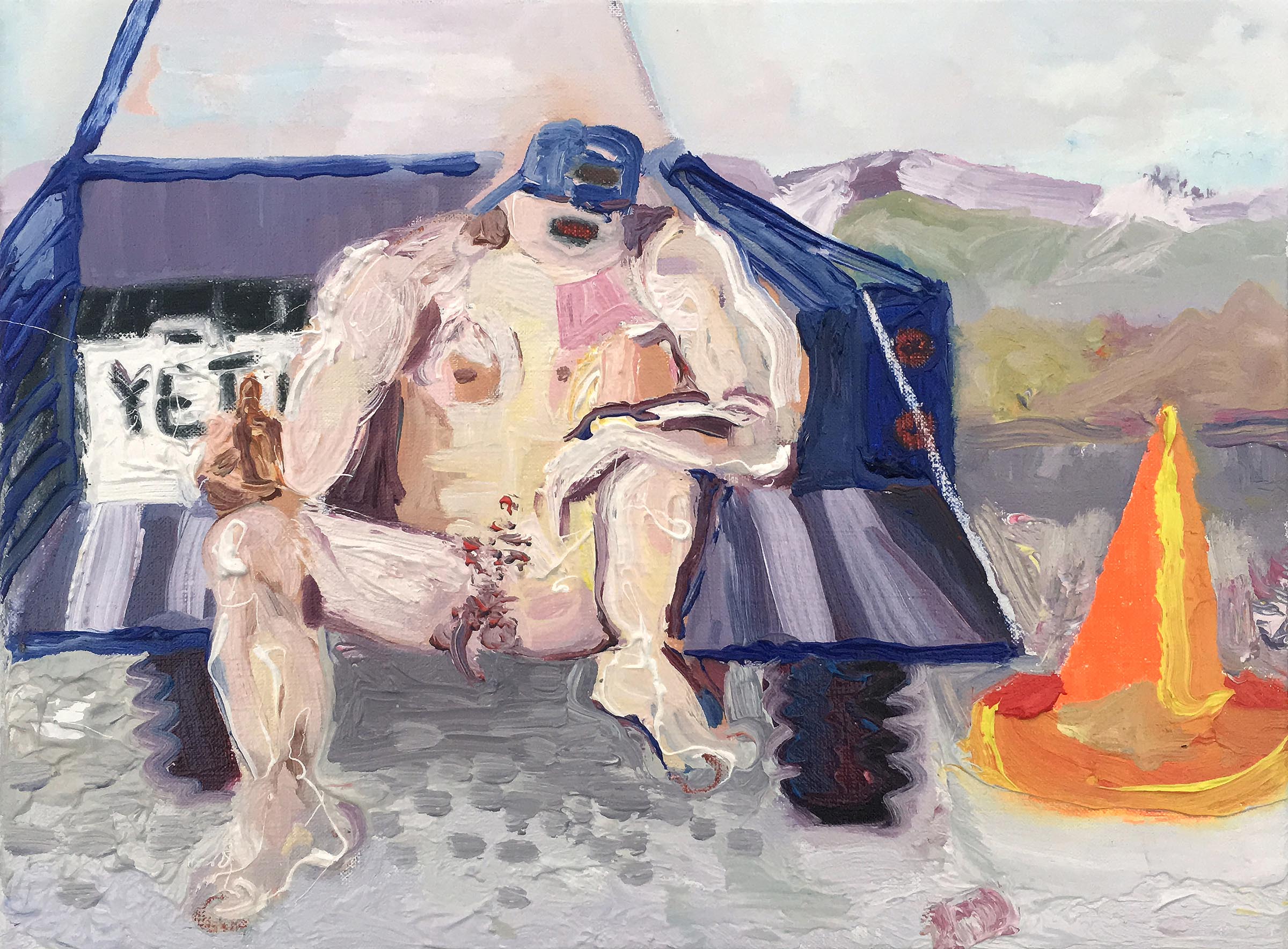 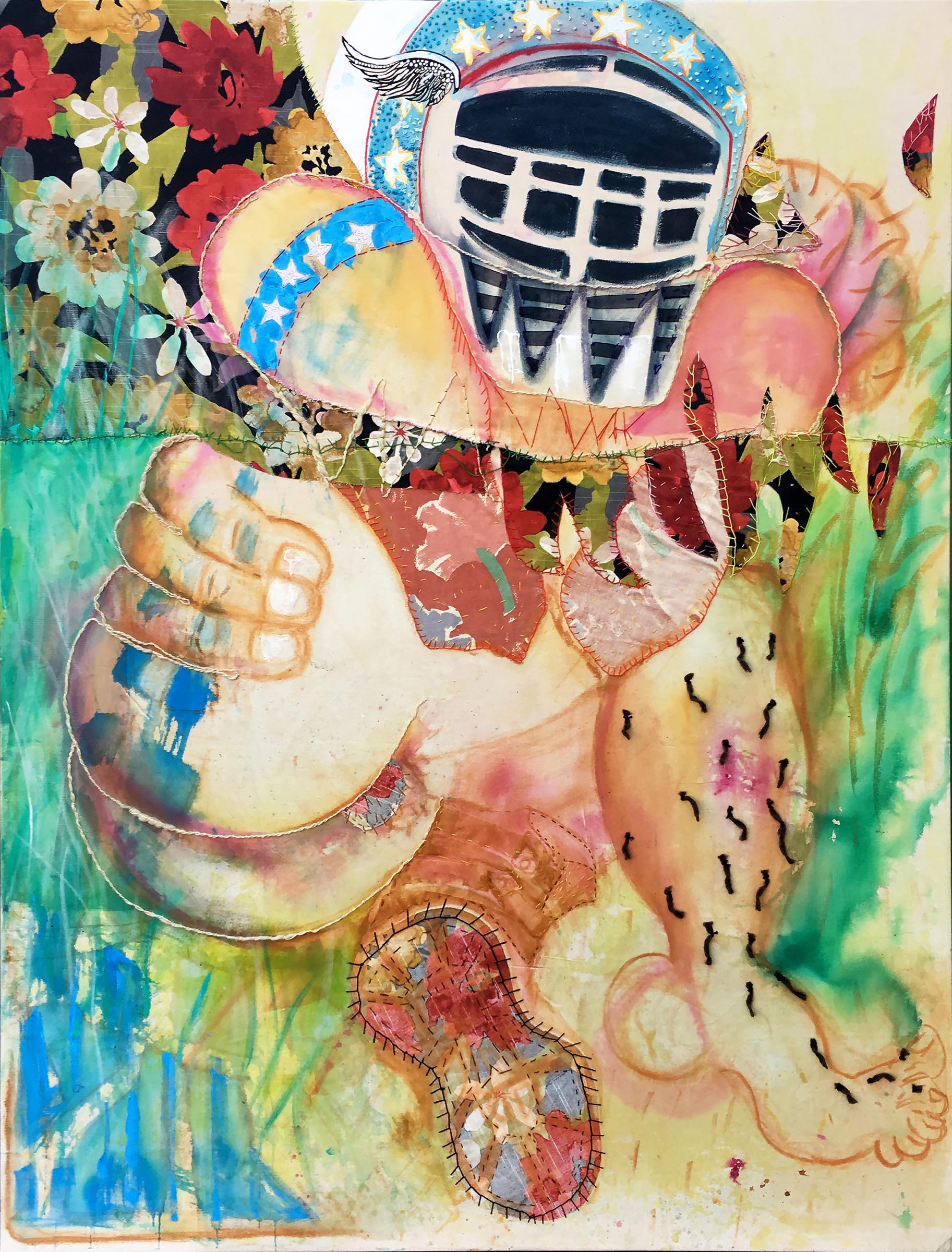 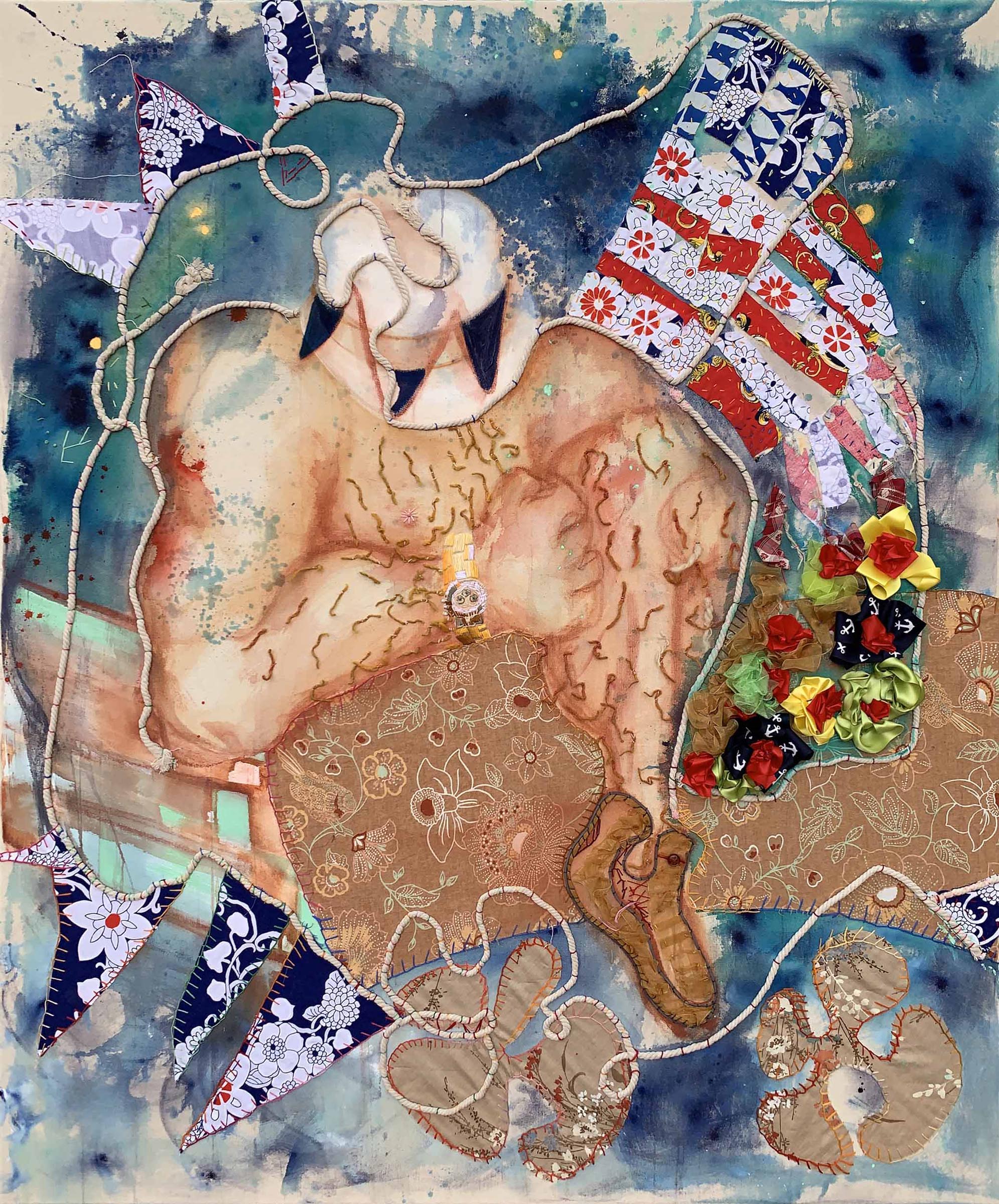 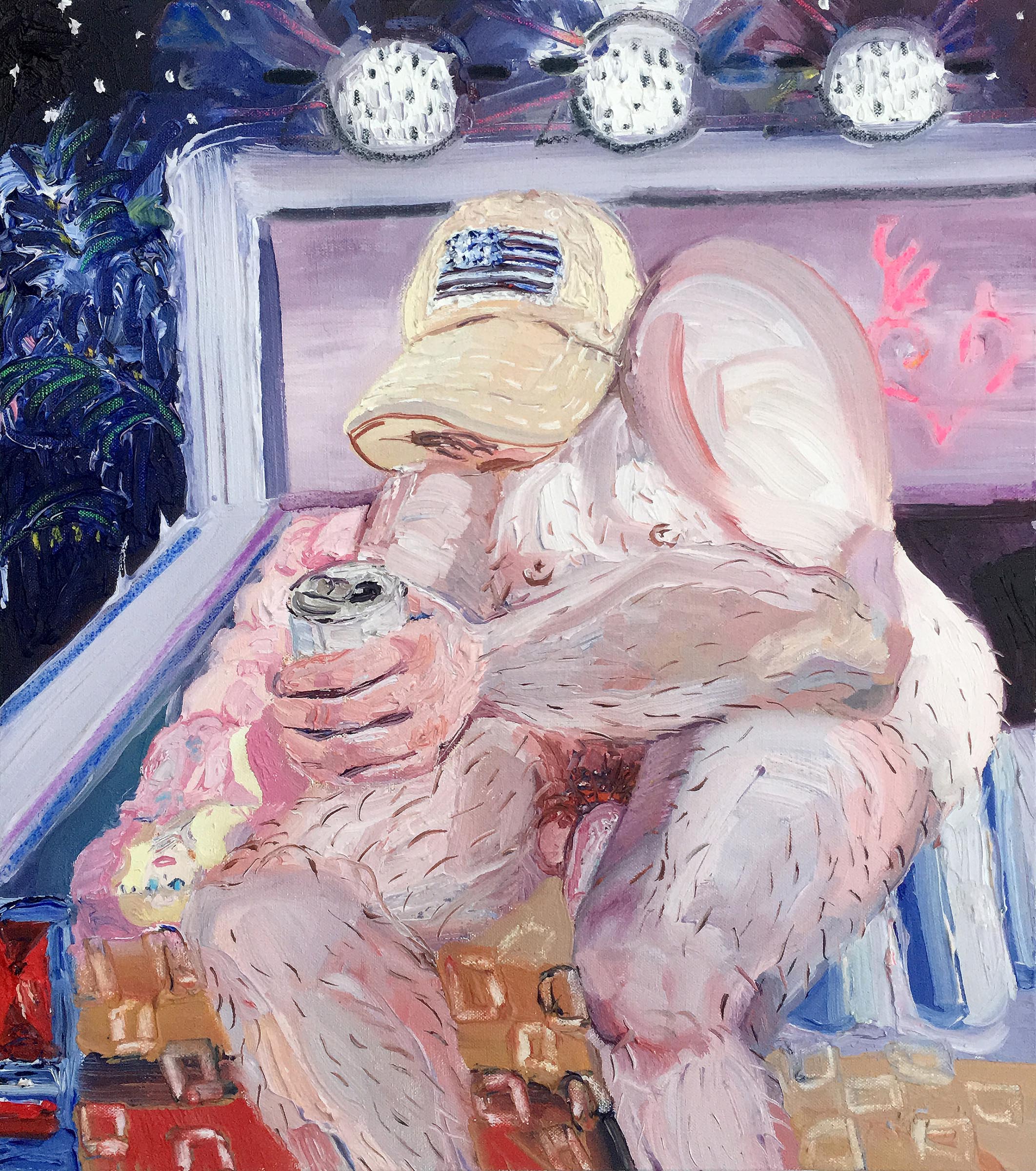 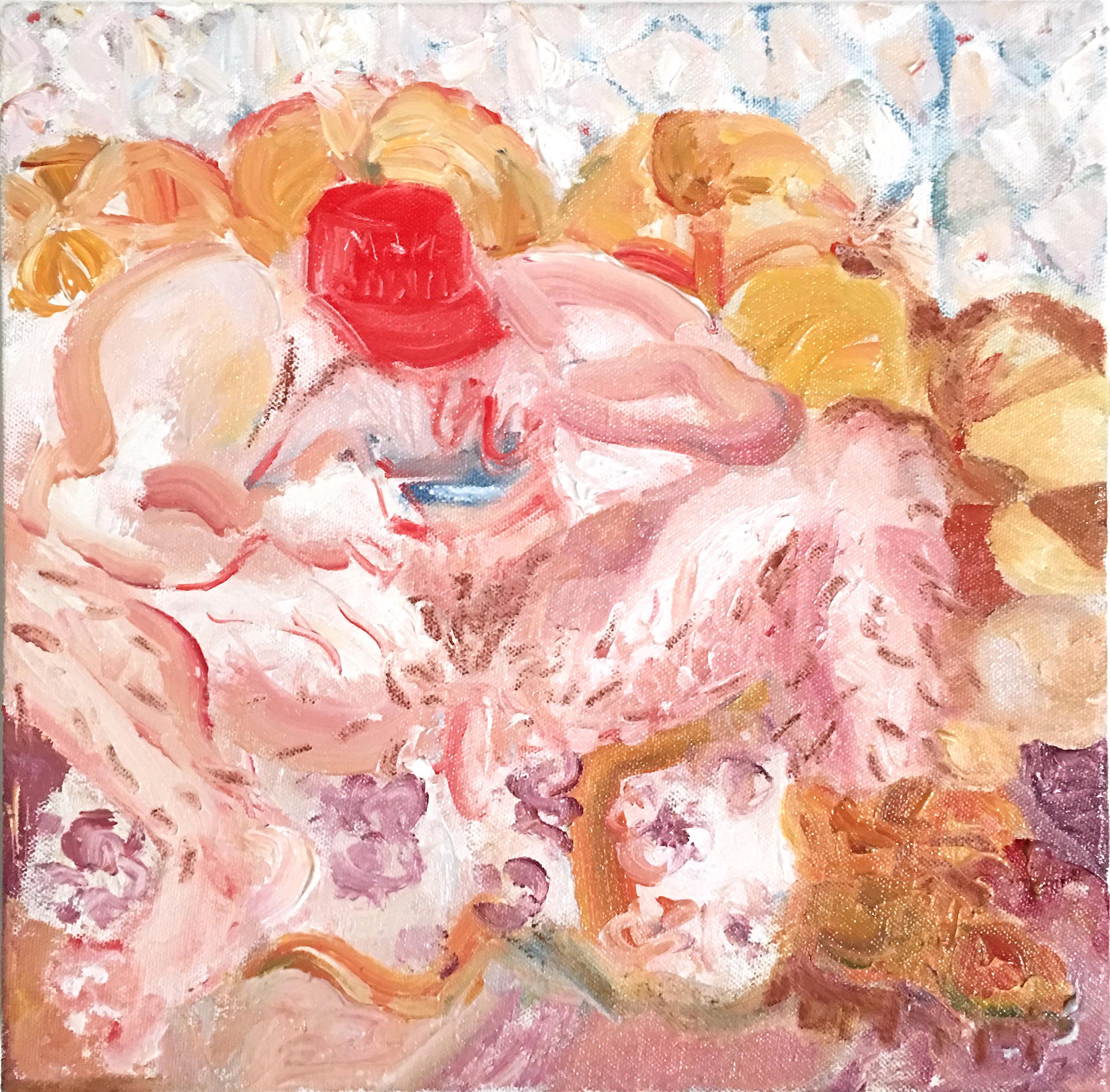 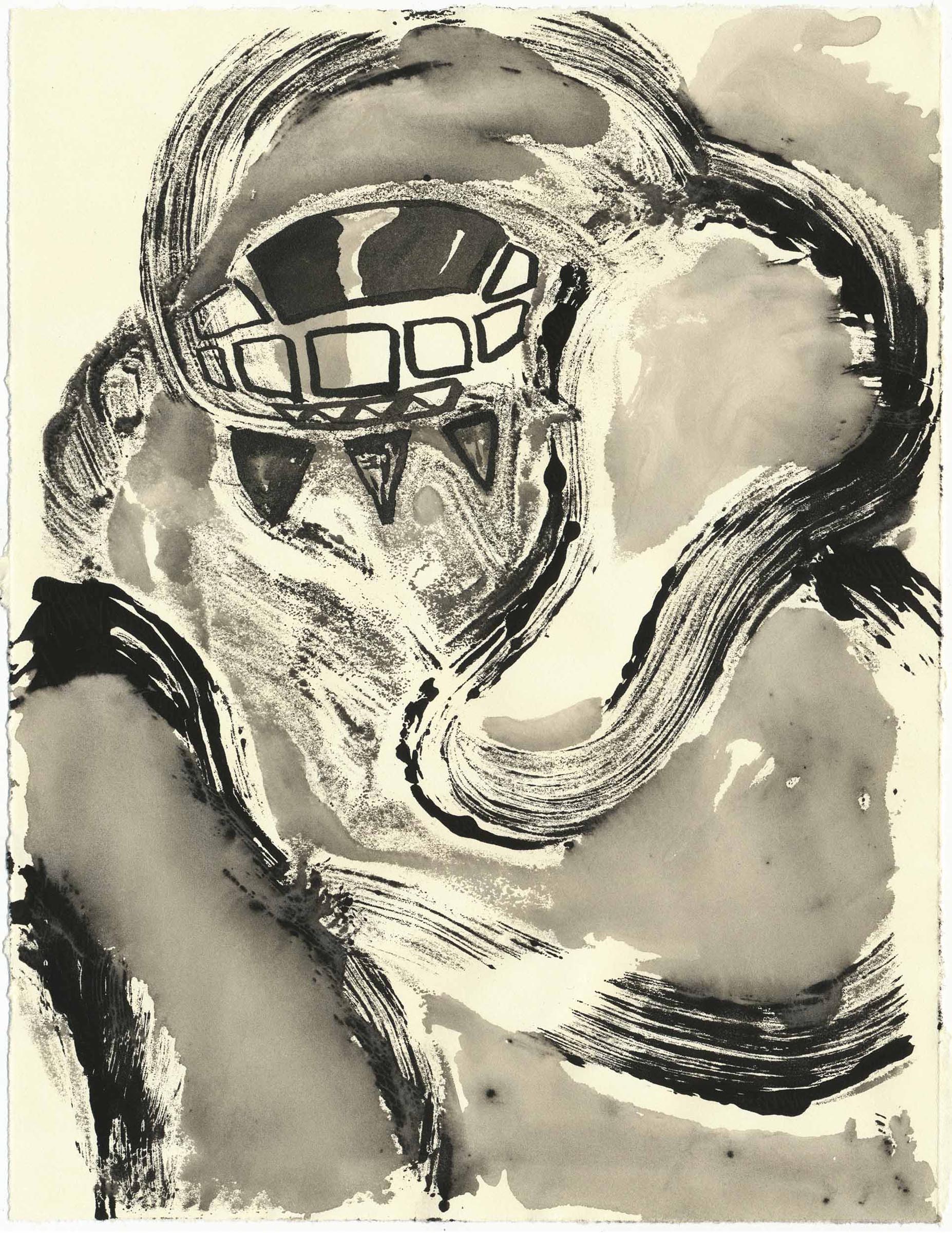 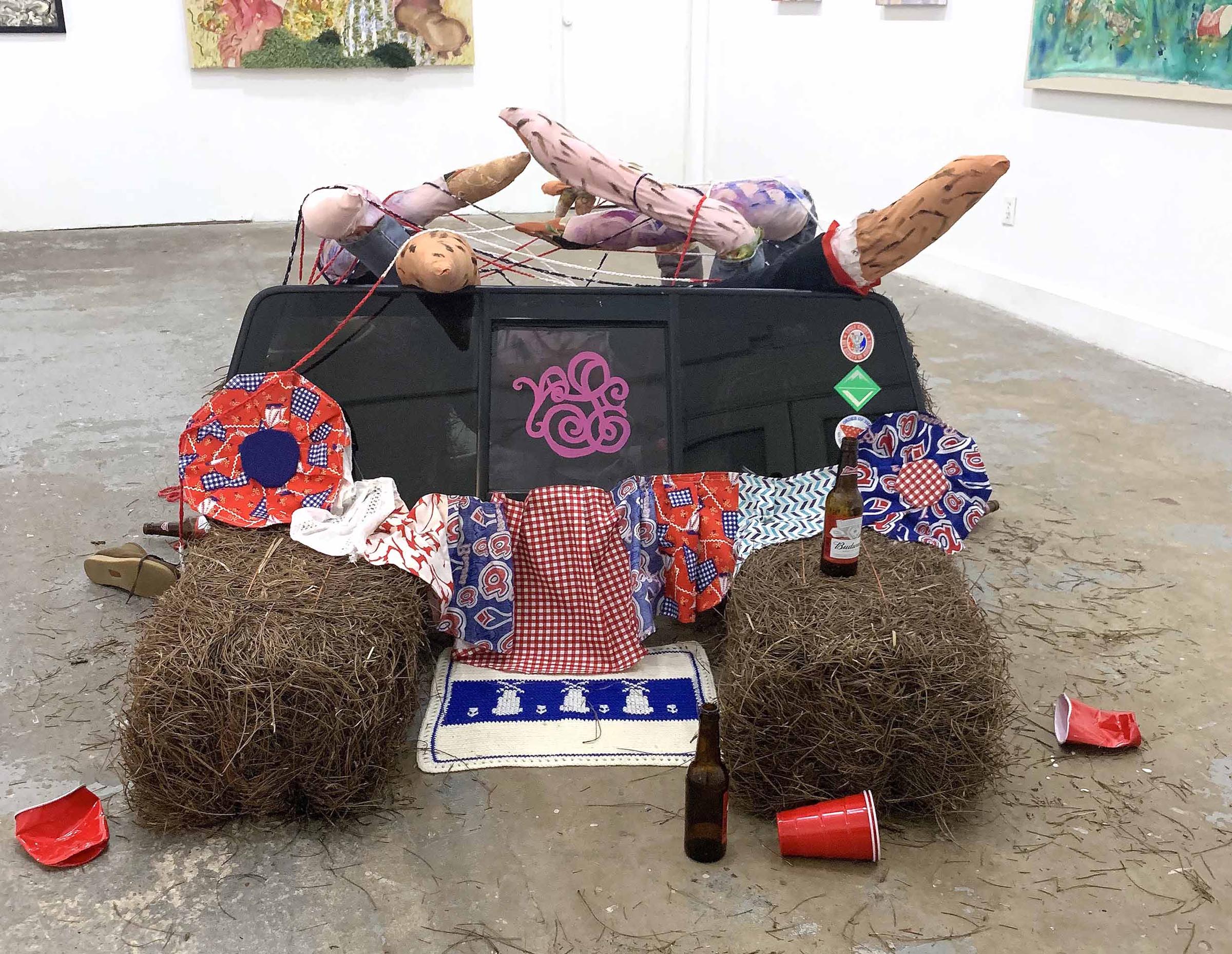 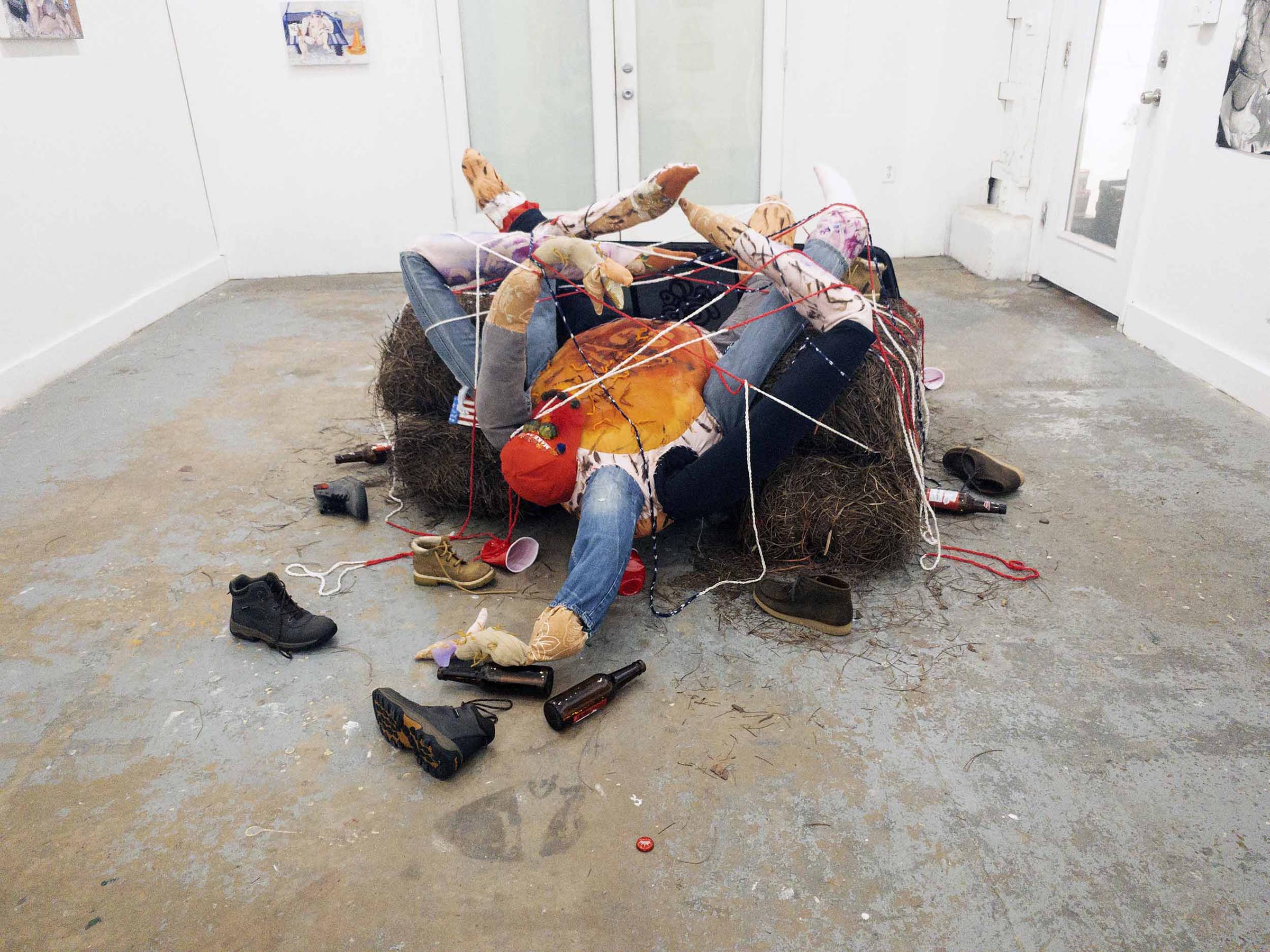 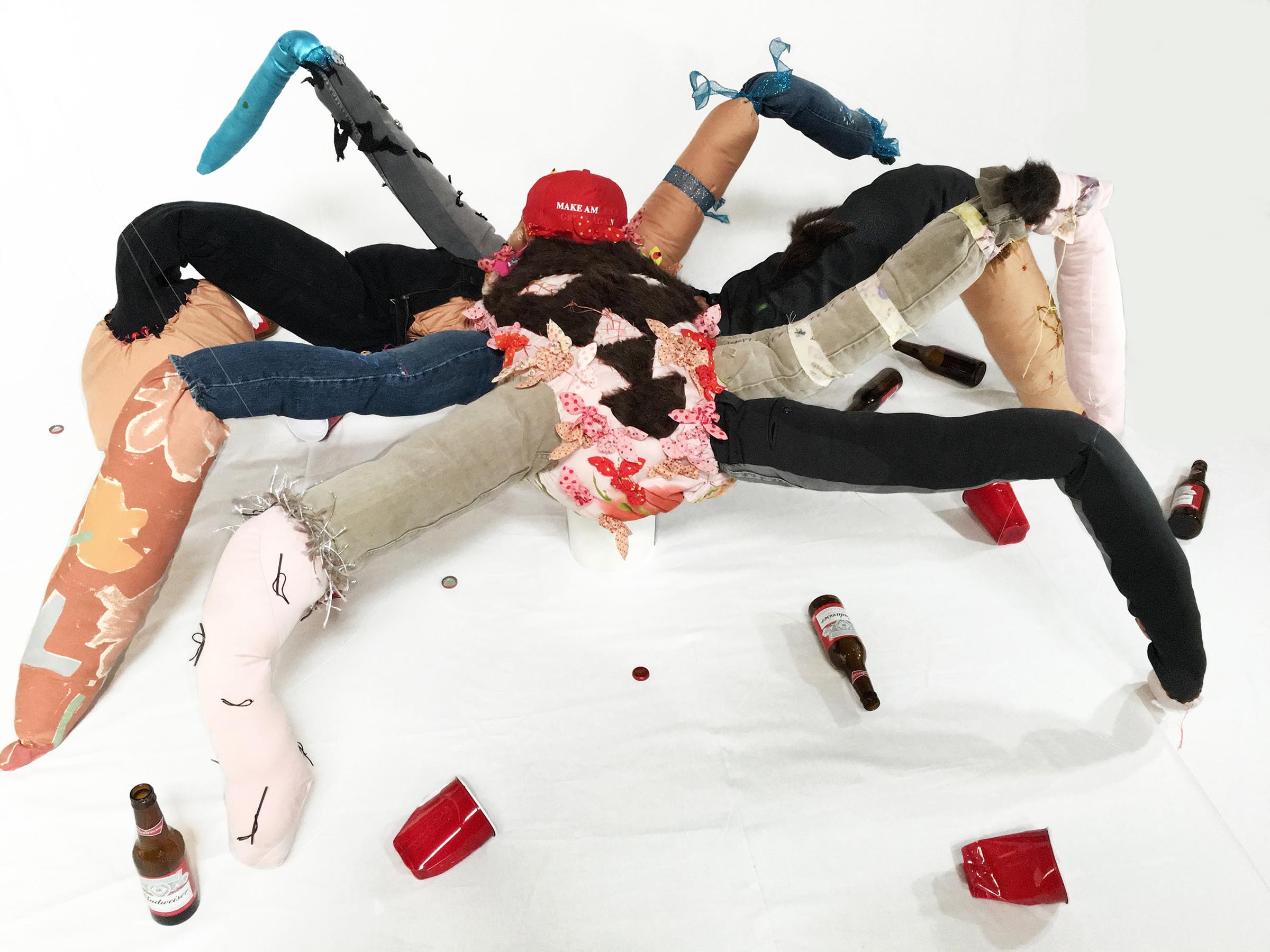 Vivian Liddell is an interdisciplinary artist who works with painting, fiber and craft techniques, sculpture, printmaking, photography and sound. Born in Memphis, Tennessee, she received her M.F.A. in Painting from the Pratt Institute in Brooklyn and was a New York City Teaching Fellow while earning her M.S. in Teaching at Pace University in Manhattan. Her work has been shown throughout the United States including at the Wiregrass Museum of Art and the Macon Museum of Arts and Sciences with two solo exhibitions of her “Men” series this year. Liddell hosts a podcast (Peachy Keen) as an extension of her art practice, interviewing women on art and the South. She is an Assistant Professor of Painting and Drawing at the University of North Georgia, specializing in feminist theory and criticism in contemporary art and craft media in painting.