Art, I believe, is so valuable in its ability to convey the "in-between" spaces and arouse in us a forcible feeling of the uncanny. I paint impressions and situations, which painted in a traditional figurative style, appear recognizable and realistic. My paintings can be easily described; a fishbowl on a stove, a woman in bed playing basketball, white underwear on a persian rug, etc.. But these paintings have an absurd quality to them in their deviational and challenging arrangements.

I want to create an intimate yet slightly uncomfortable space. I want to generate a vivid emotional response, but also leave an impression of uncertainty. Visually, I try to capture postures and moments with an off-centered quality I’m used to seeing in photographs, perhaps, but not generally in painting. And because faces are so expressive, obscuring the faces in my paintings creates for the viewer a way out and a way in, for accessing the experience more personally. By generalizing in these ways, I hope meaning can be less contingent on my prescribing one.

I grew up with a parent with schizophrenia. It was customary in my home to find a toaster in the freezer or The Holy Bible in the dishwasher. A strange environment, perhaps, to grow up in, an environment fashioned by someone with “disordered thinking and behavior.” But disordered reality has become an elevated language for me. It’s poetic and hilarious. Disturbing but also relatable.

The images I paint are strange, violent, and unsettling, but at the same time beautiful, inviting and intriguing. The dissolution of narrative in my paintings, while staying familiar, points to, I believe, a timeless, universal, and indefinable truth. This peculiar new home I'm creating is enigmatic, but perhaps more "real" than what we take for granted as such.

The aspects of life we generally take for granted like securing a home, a family, and finding a role to play in society are ways we attempt to make life meaningful. But, life immersed in this material world brings its own disorder and grief. And I think on some level, we all crave relief from the “order” of our everyday lives. So by expressing the simple, mundane and oppressive aspects of my own life perhaps these paintings can transmute my own inner experience into one which is felt more universally. 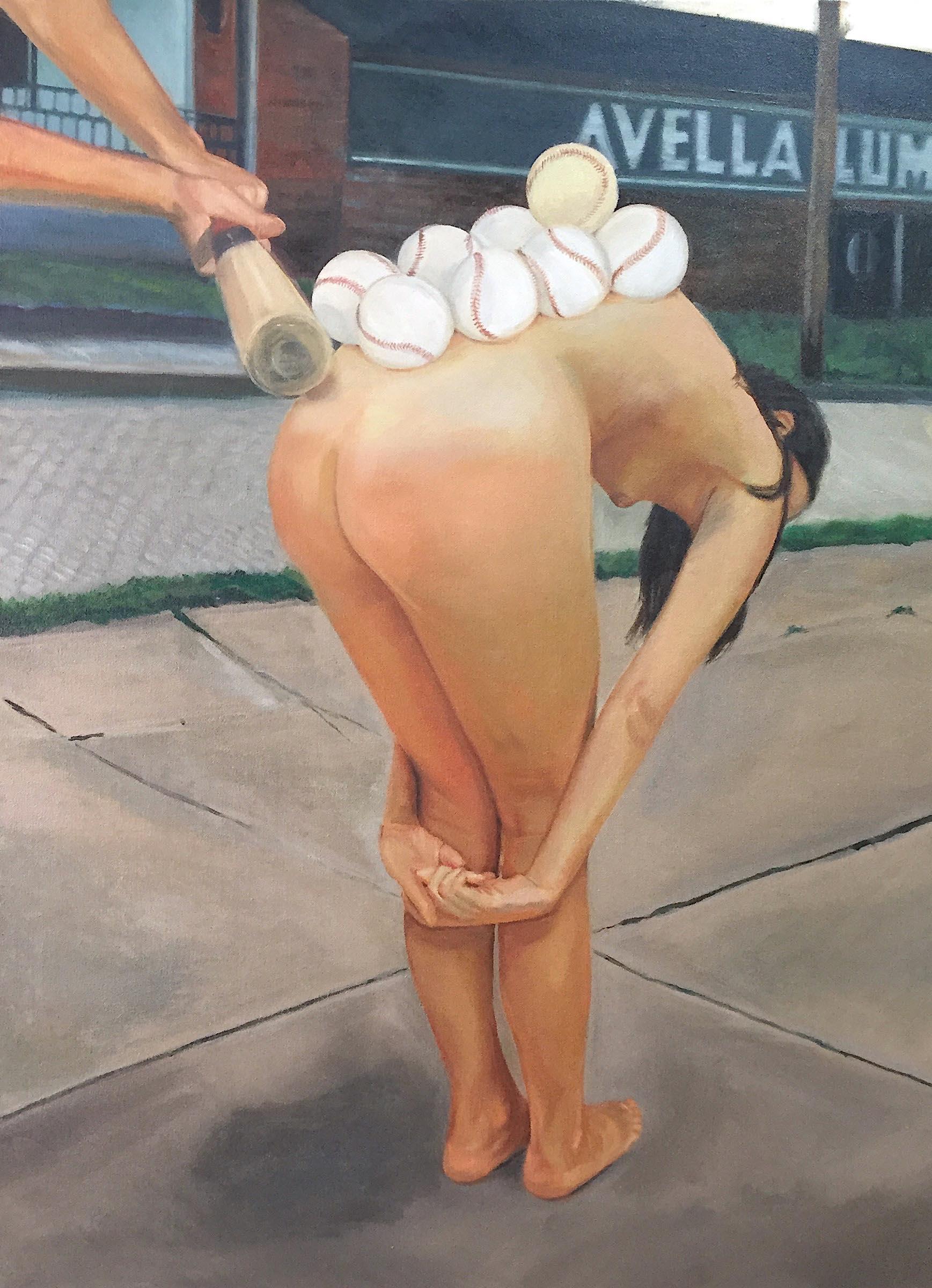 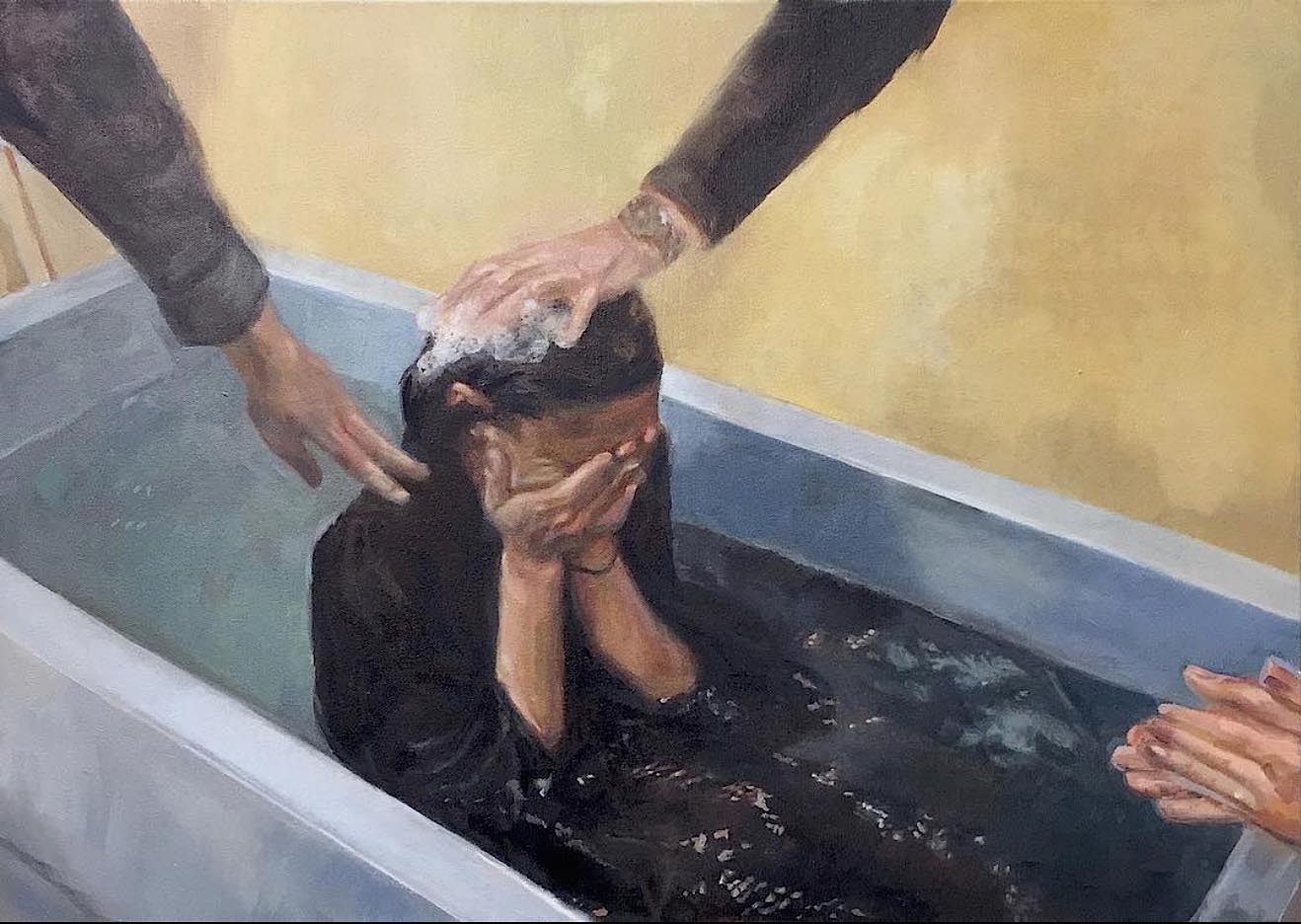 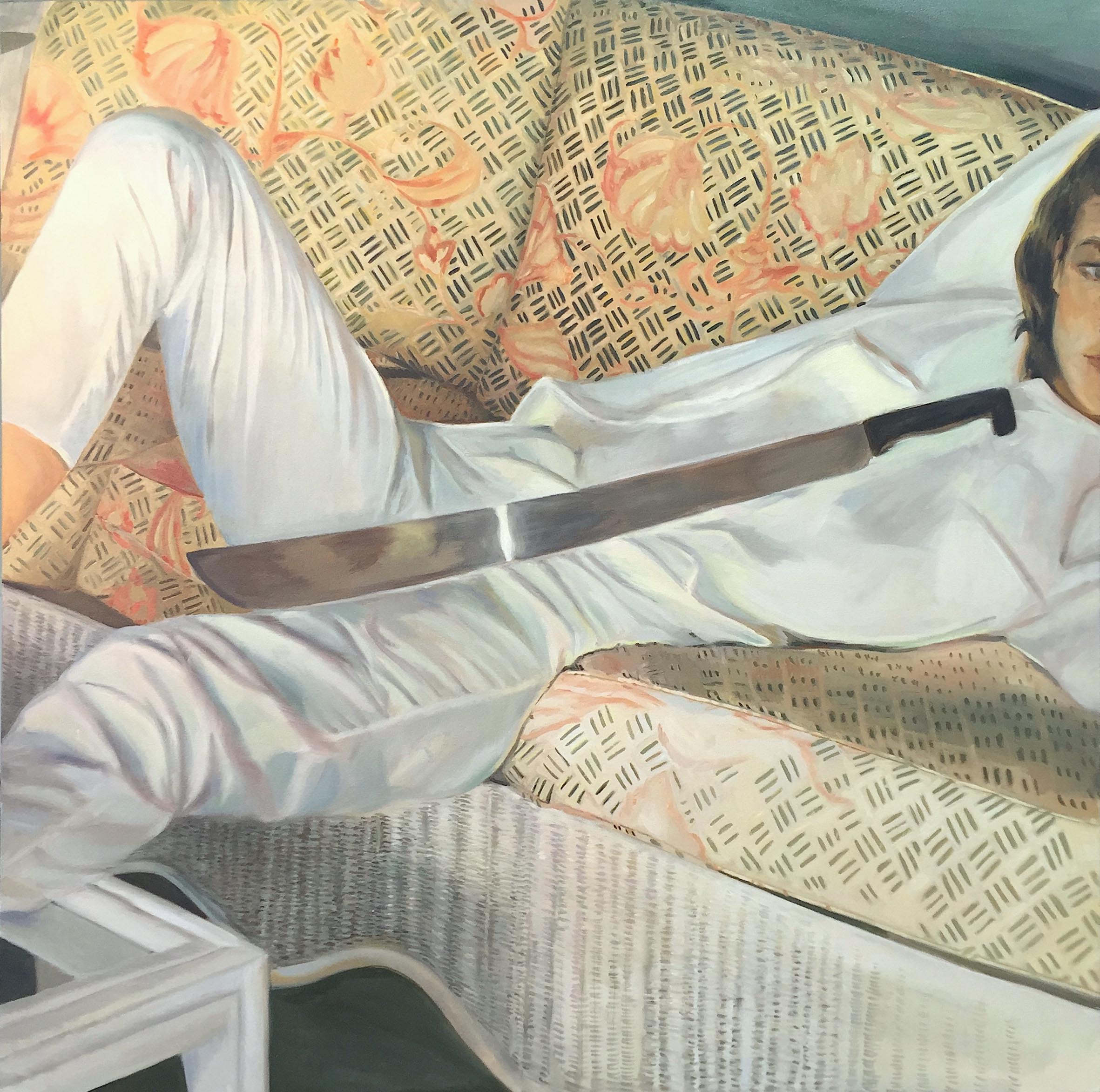 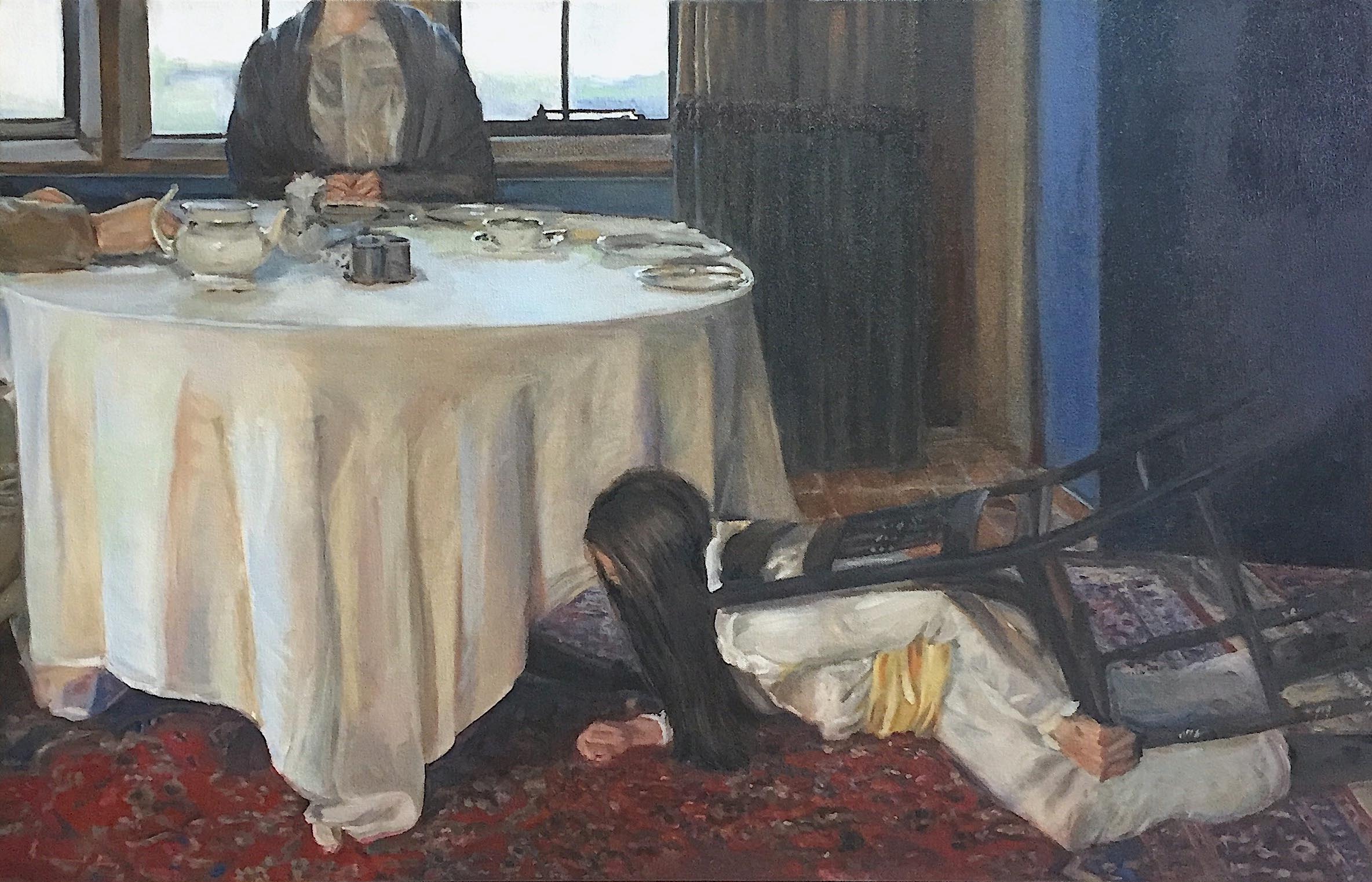 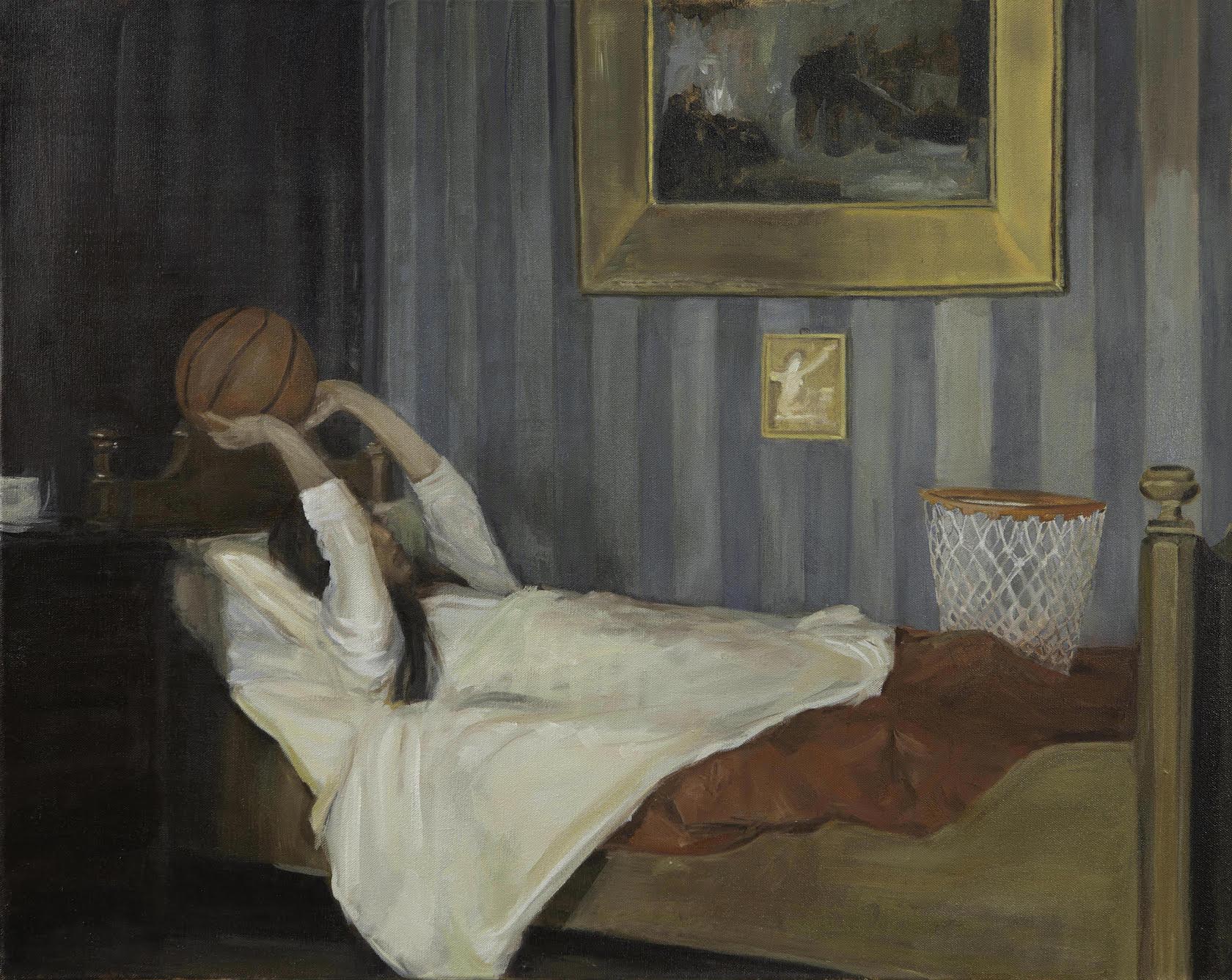 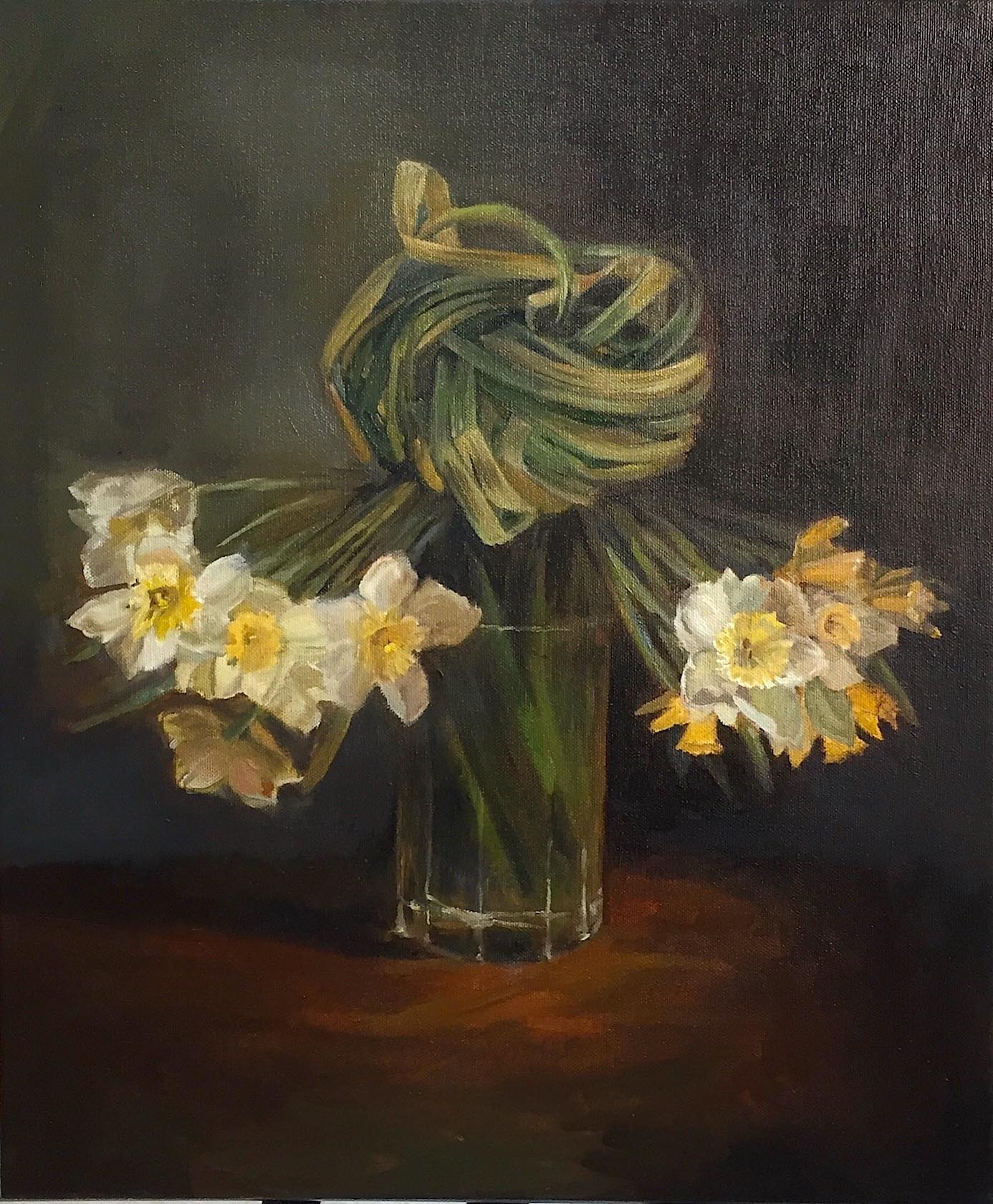 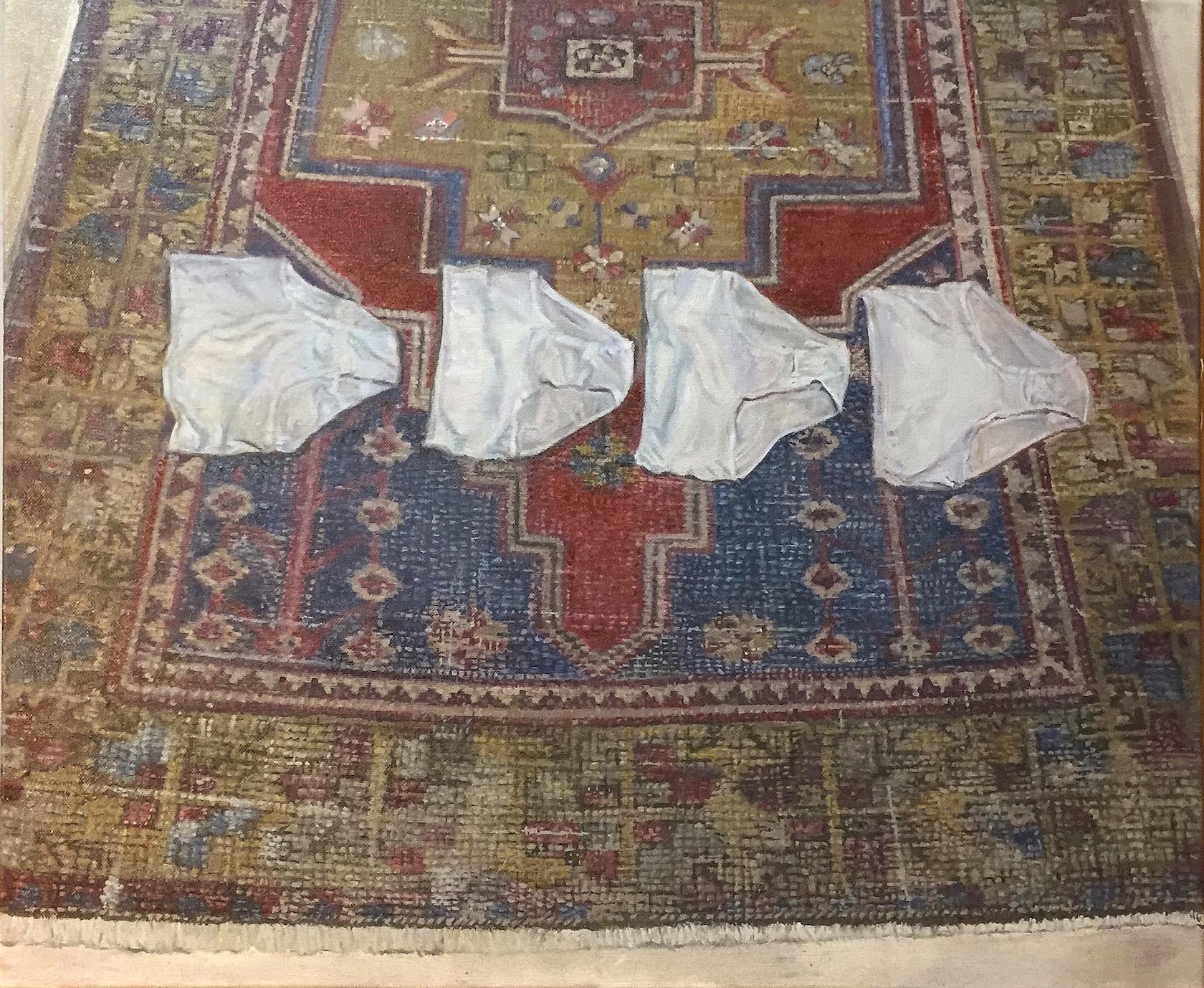 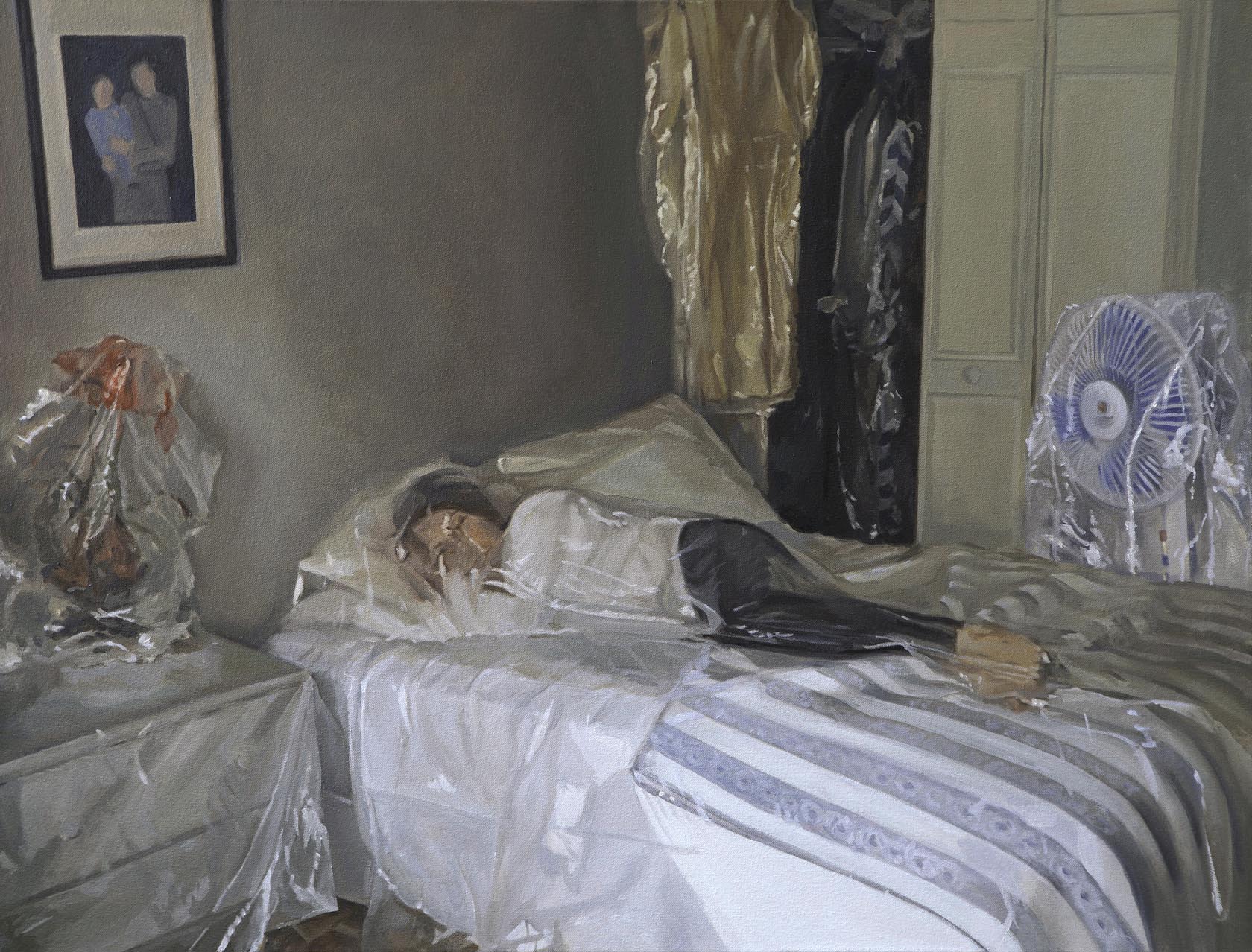 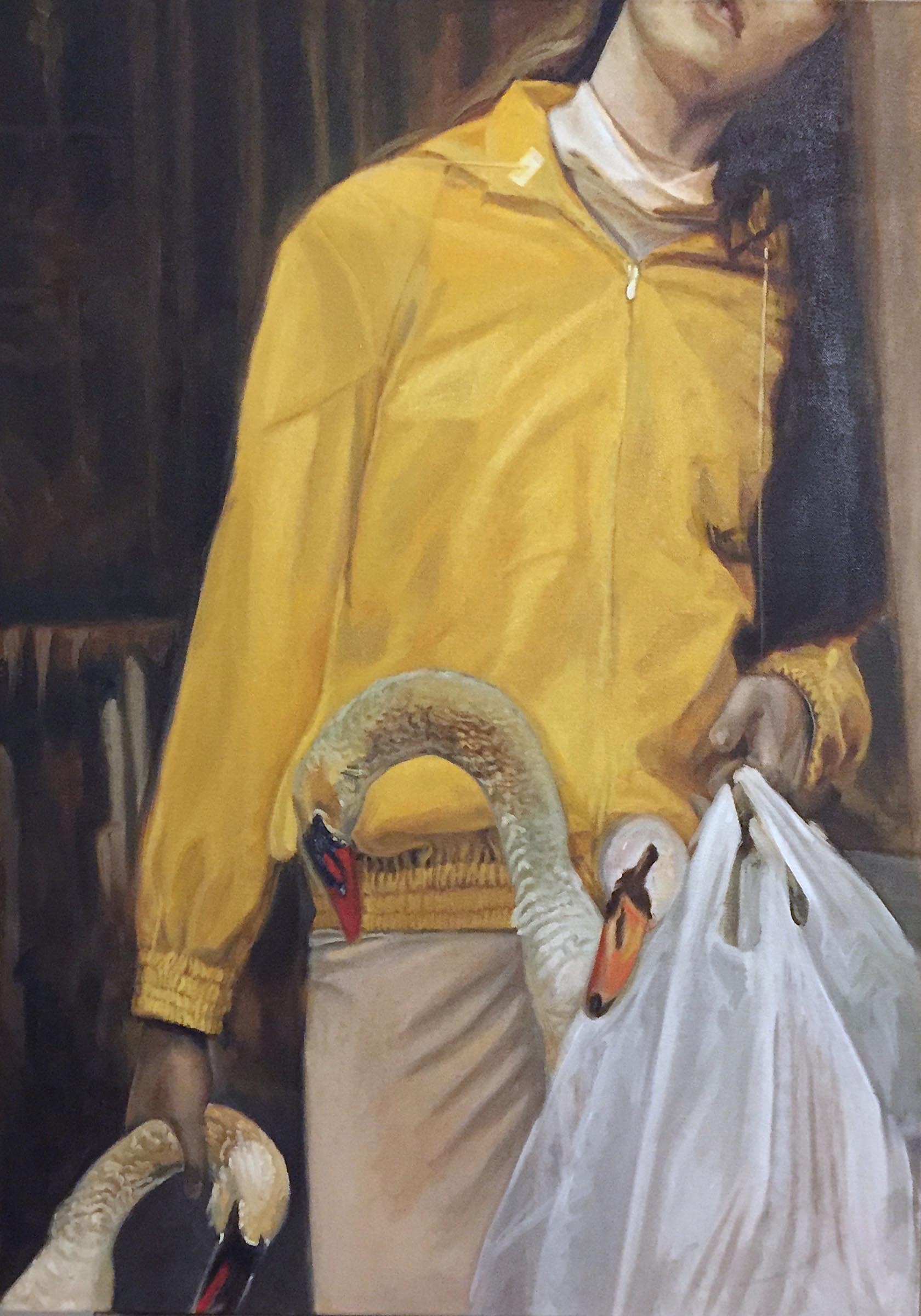 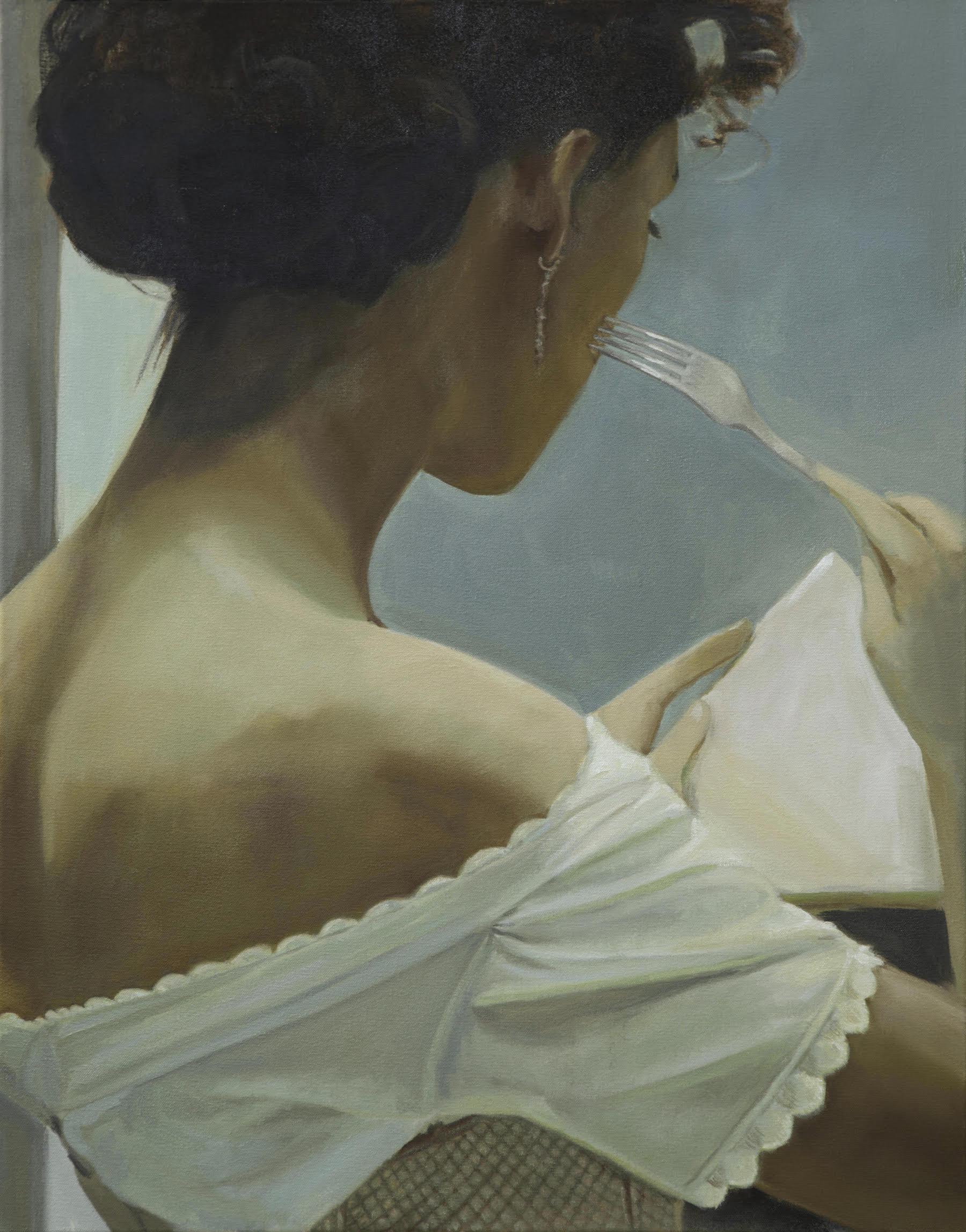