Taking inspiration from art history, mythology, punk rock and science fiction, my paintings create eerie psychological spaces through a complex and personal formal language that is situated between figuration and abstraction. Incremental and anxious marks create optical confusion through figure/ground shifts and interlocking forms. Cats, mushrooms, Batmans, snakes and jewels emerge out of undulating forms within the density of the picture plane. In the paintings these characters intertwine with text and dates to explore the anxiety surrounding the creative act and the passing of time. The tense and fragmented compositions of the paintings are direct metaphors of our twenty-first century’s hyper-stimulated daily life of interconnecting media. My goal is to create paintings that simultaneously have material presence and believable pictorial space full of a certain sinister humor, exuberance and simplification of form. 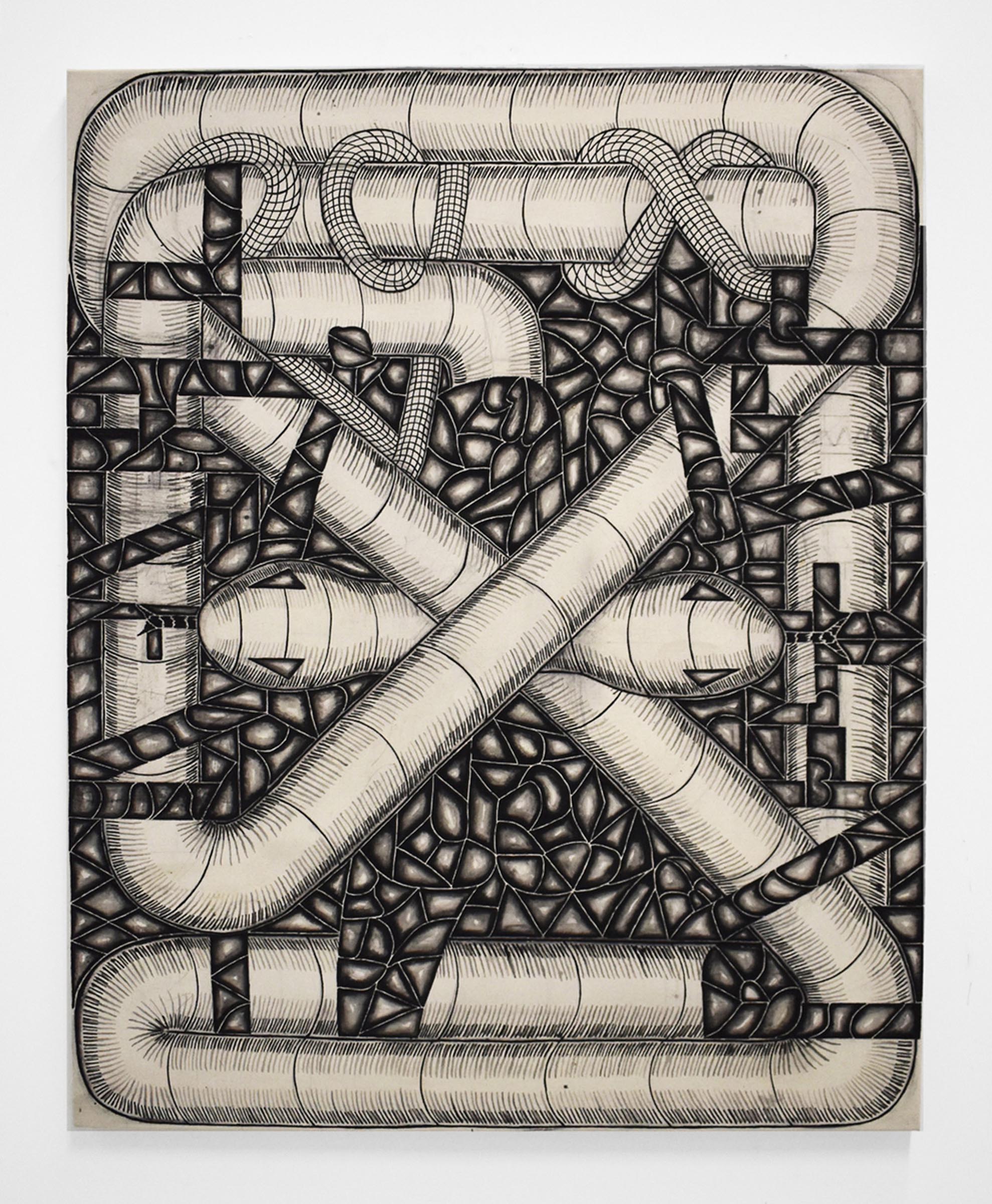 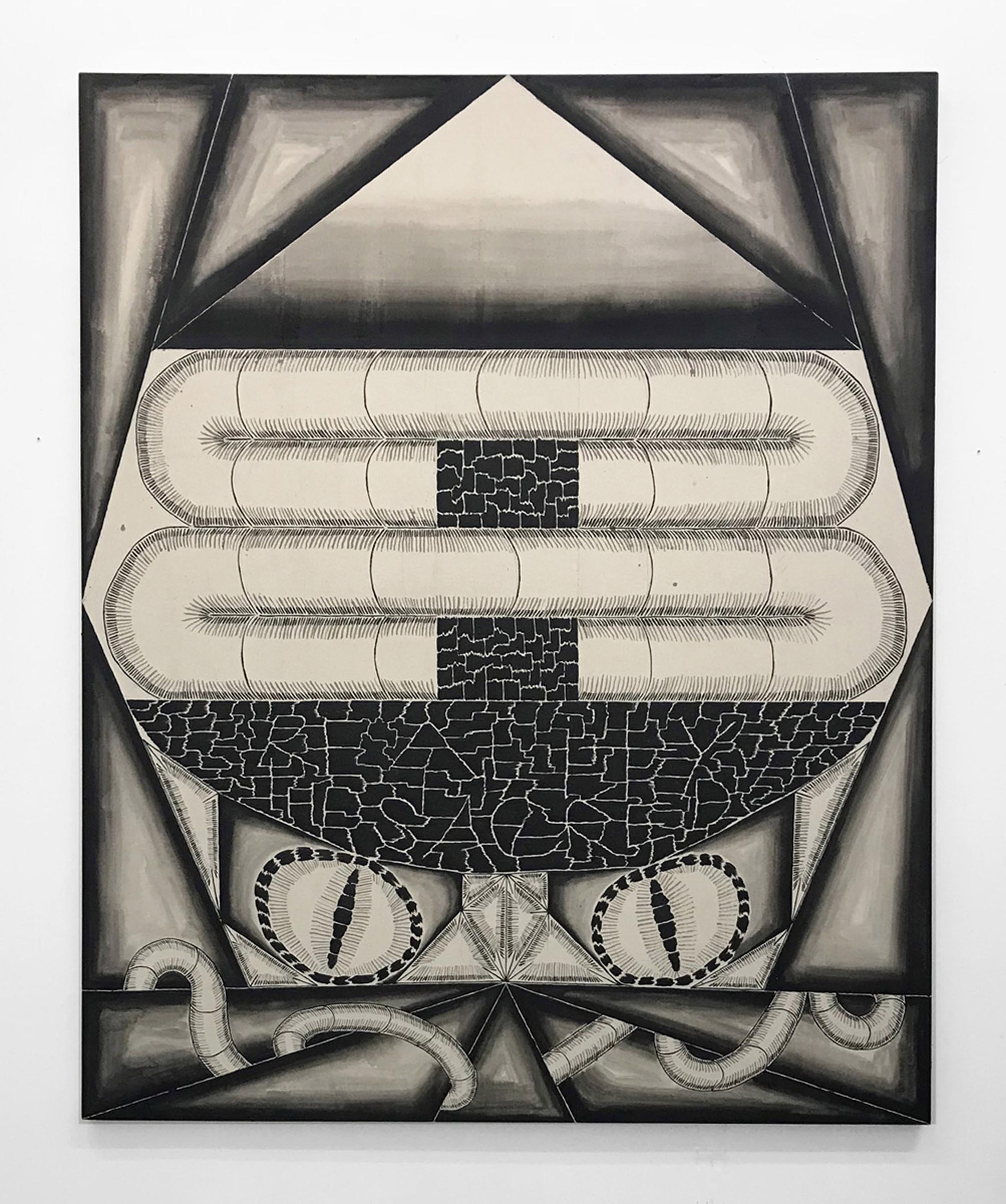 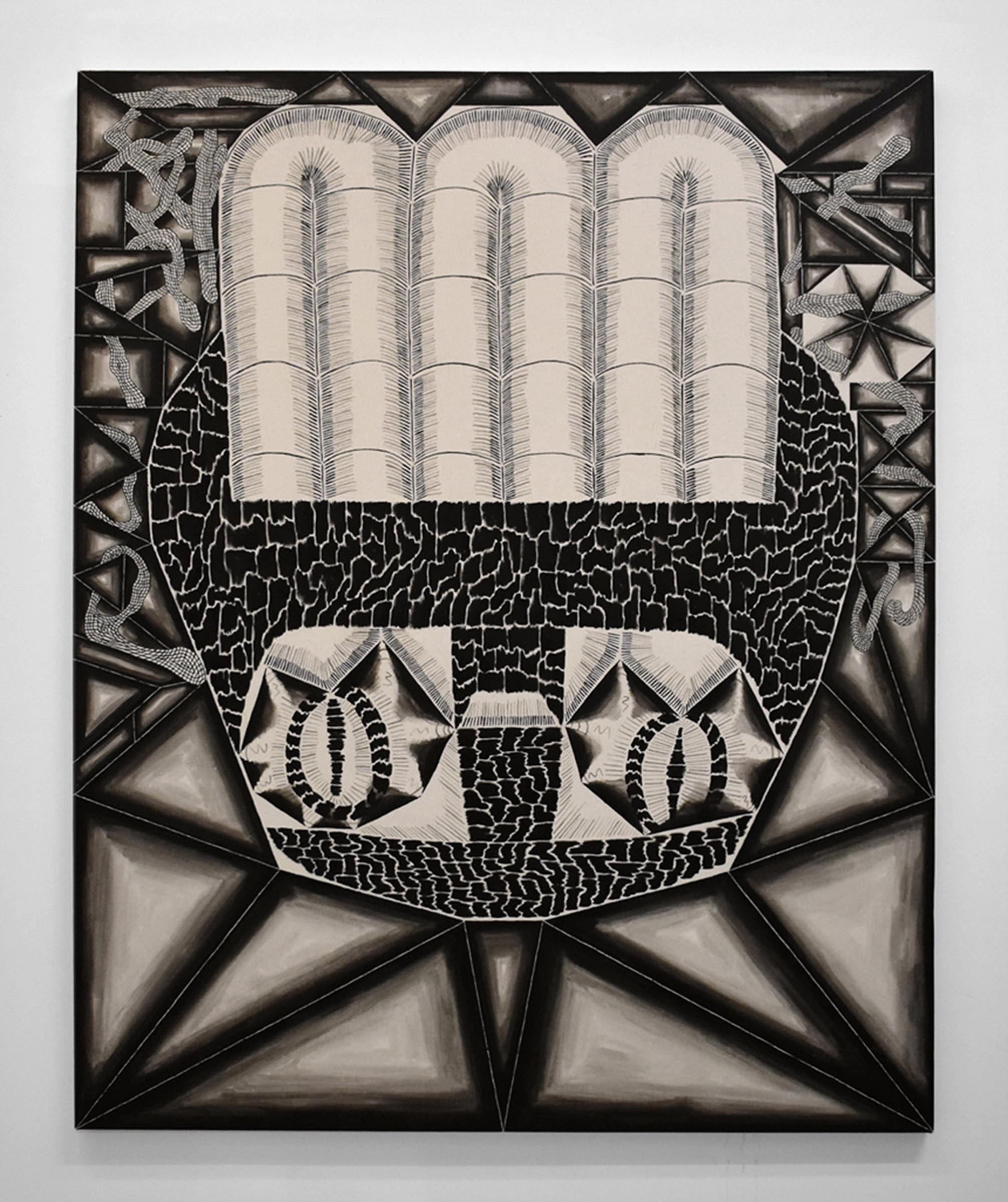 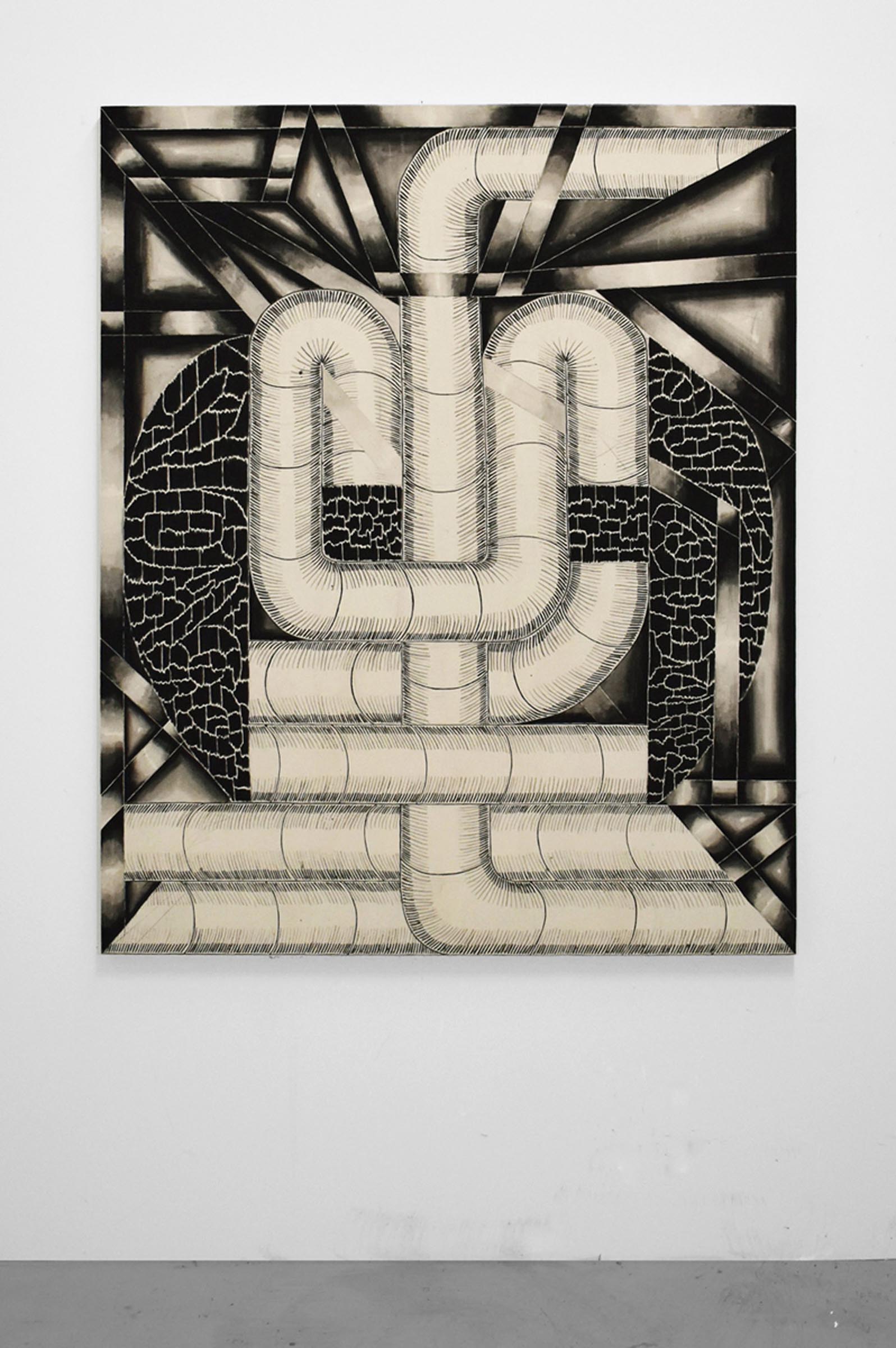 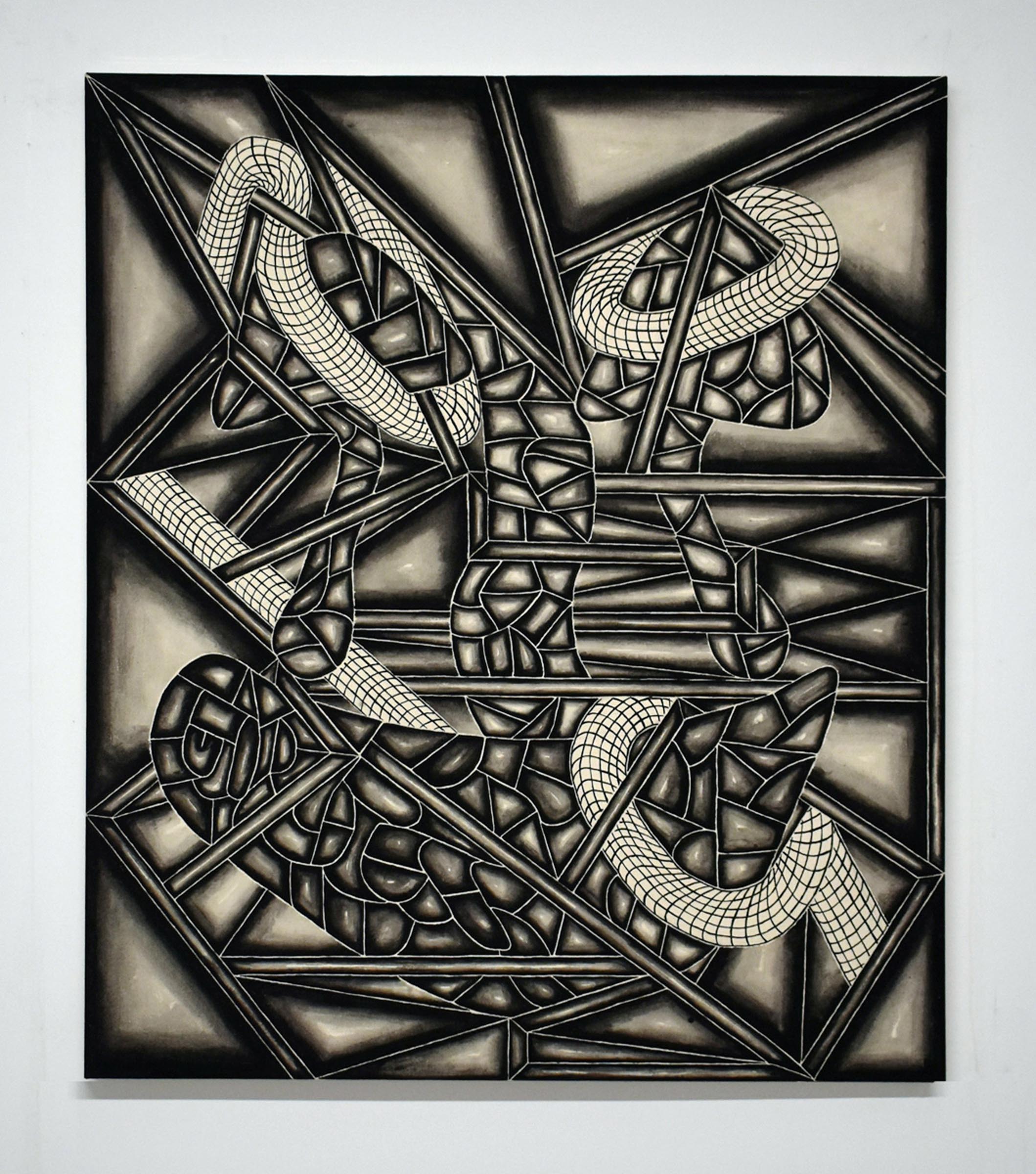 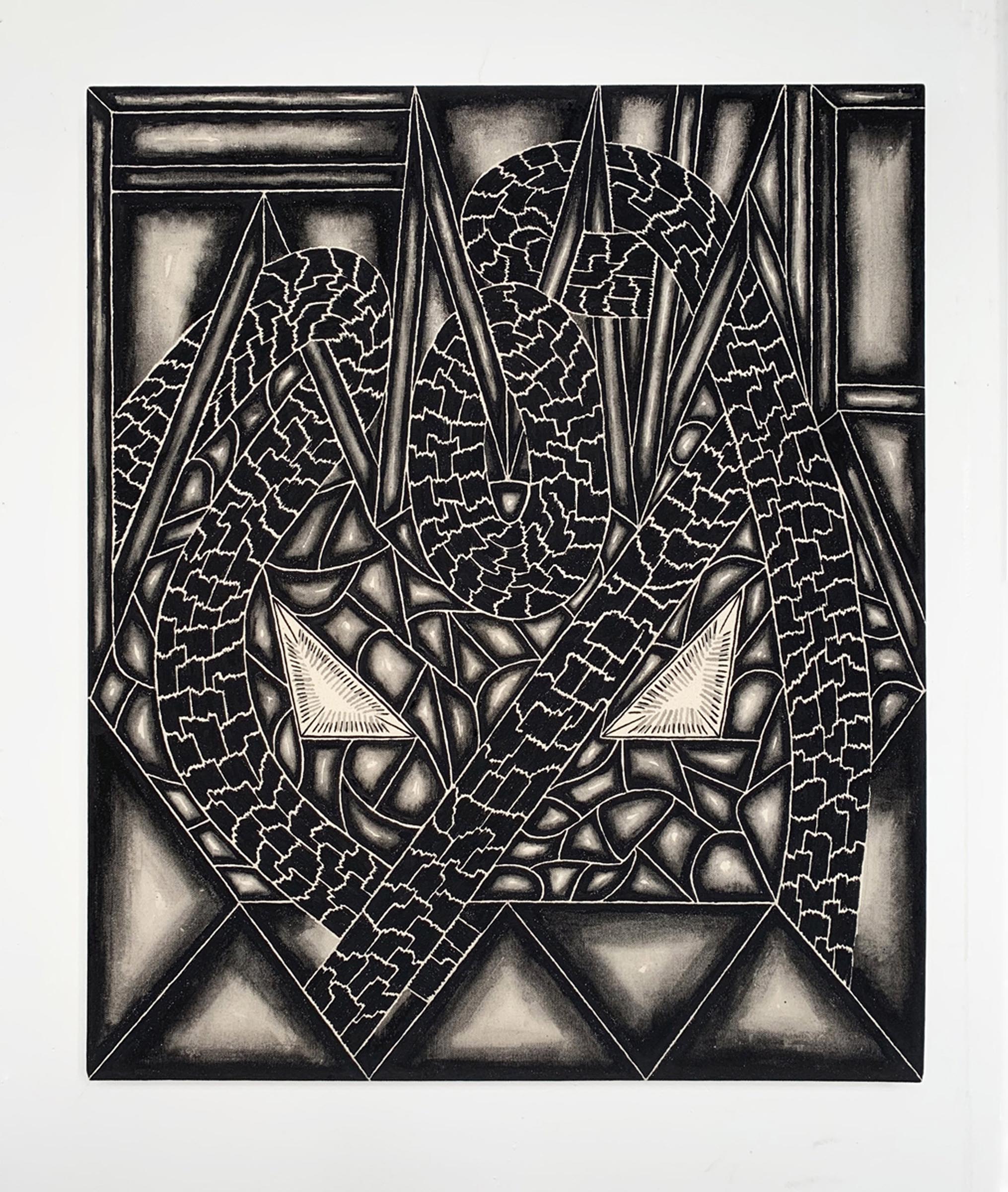 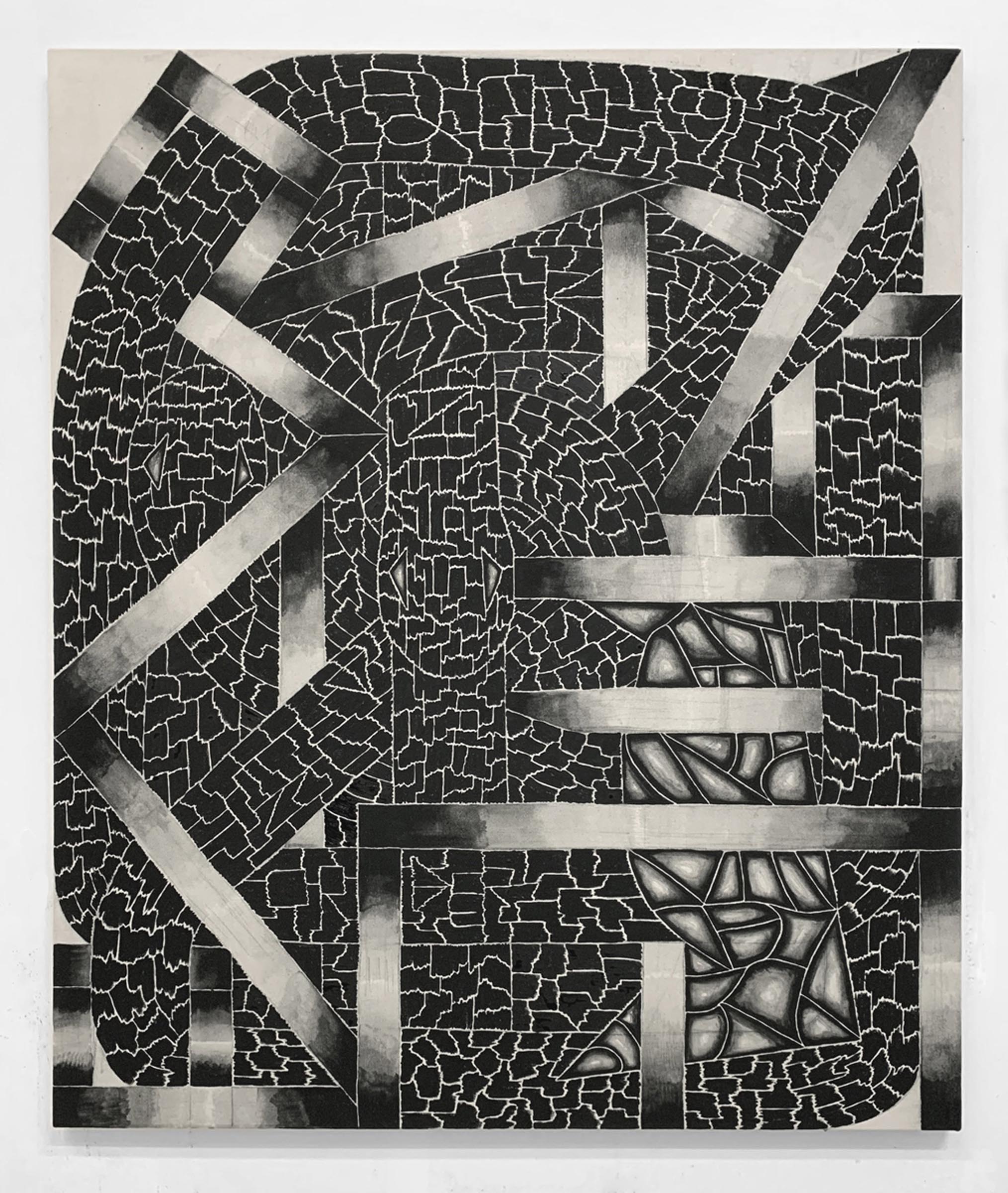 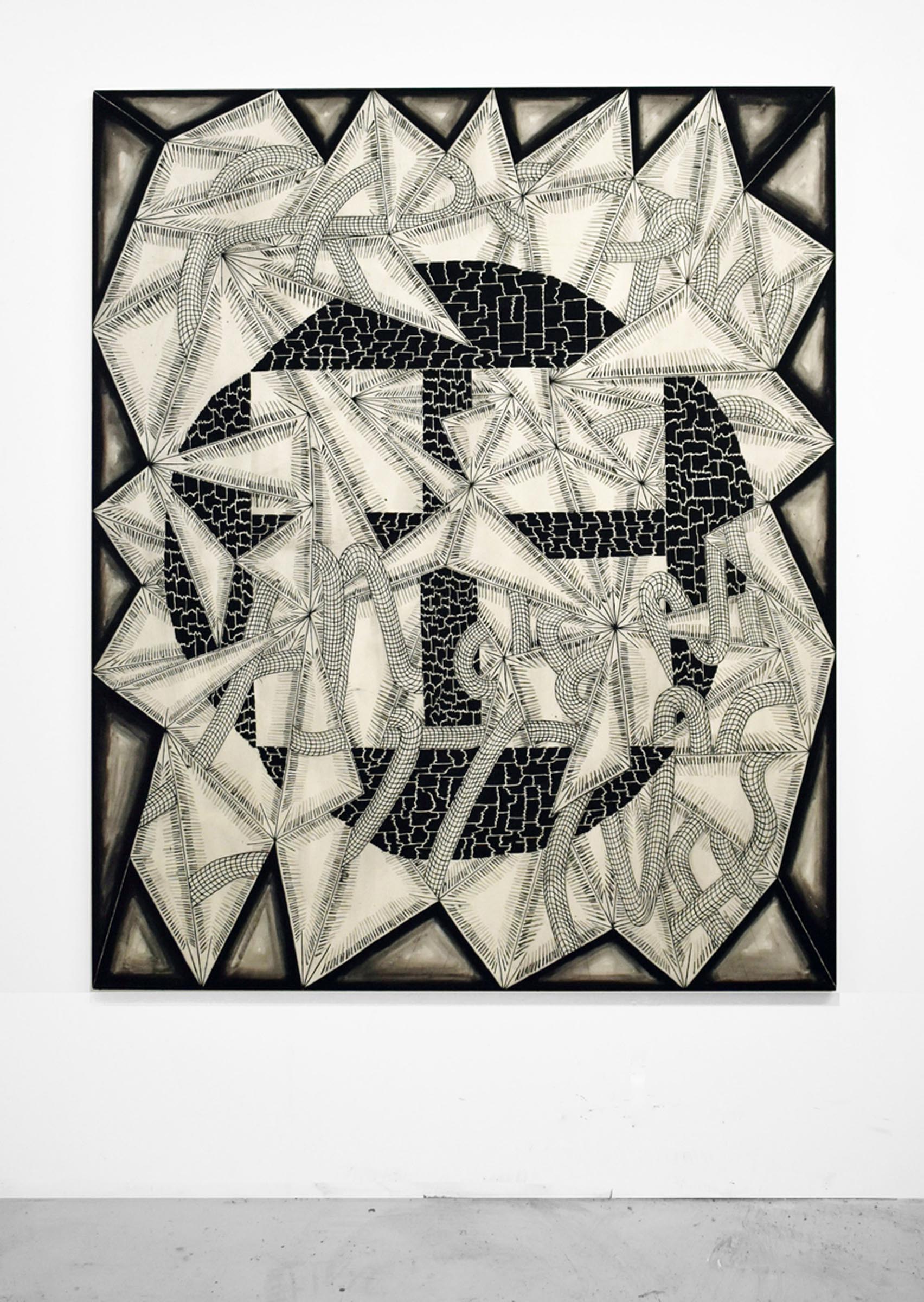 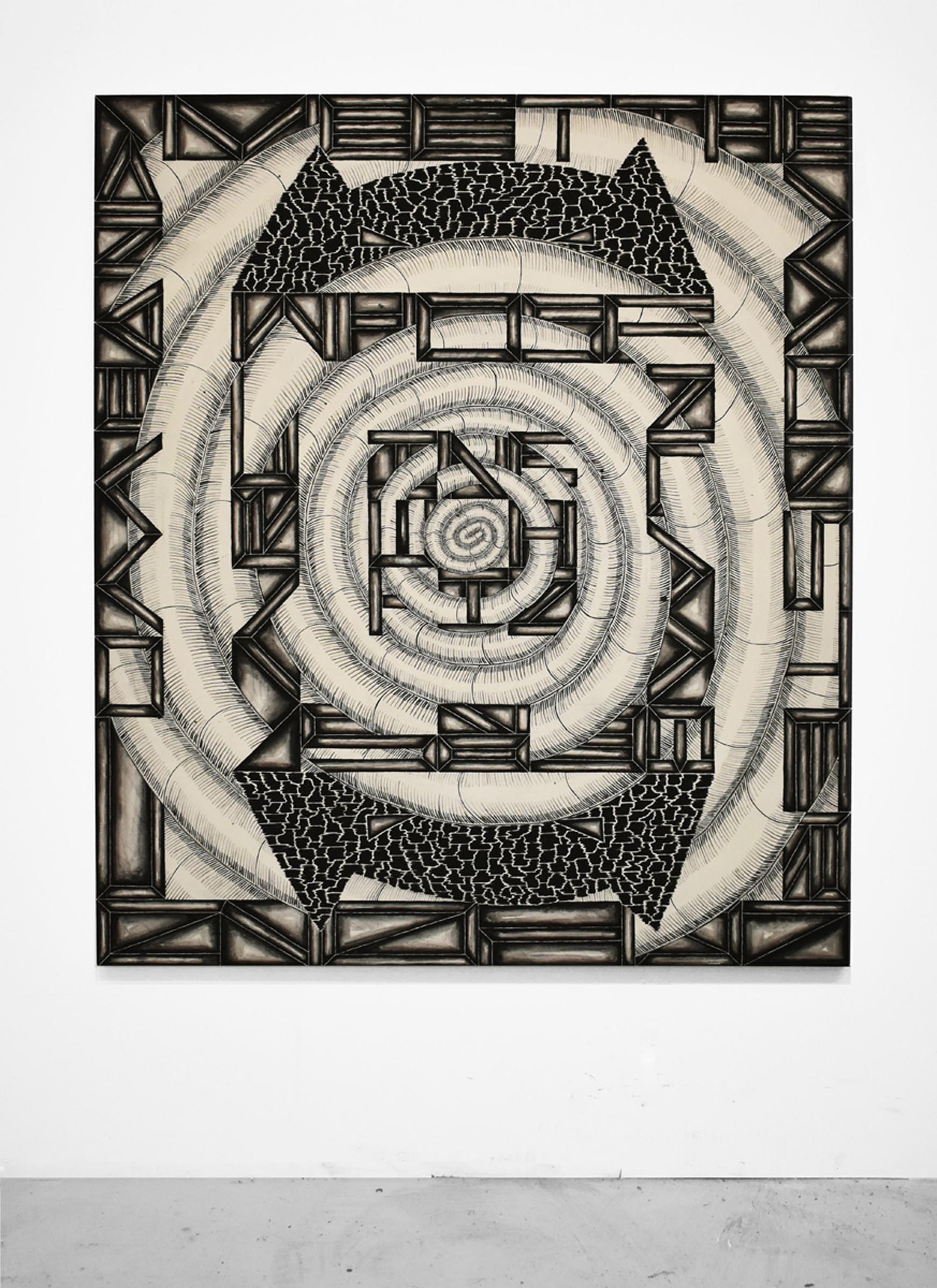 Moenich is a 2019-2020 recipient of the Sharpe-Walentas Studio Program Award. In the fall of 2016, he curated Shroom Show at helper, Brooklyn, NY. In 2014, he was a visiting artist resident at Anderson Ranch in Snowmass Village, Colorado and was also a lecturer and panelist at the “Corporeal Texture Conference” at the University of Cincinnati. He was awarded the Tony Smith Award in 2011.

Other projects include Won Eh, a curatorial project with Lauren Clay and TASP, a self-published zine with Justin Q Martin.