Themes that run through my work are allusionary reflections of my experiences of youth. I was born and raised in suburban Minneapolis and brought up in a small apocalyptic Bible-based cult. My childhood and adolescence were in some ways typical, a time of self-discovery, wandering imagination, feelings of alienation and doubt in a world full of mystery and possibility. Yet amongst tree-lined streets and spacious, ordered homes I also lived in a milieu of end time prophecies foreshadowing a coming new age. Ominus apocalyptic visions were punctuated by the paranoid anxieties of a shifting American zeitgeist, reinforced by the unfolding events of the larger Post-9/11 world, unsettling otherwise quiet perceptions of banal Midwestern normalcy.

Though I would later come to reject the worldview of my upbringing and leave the group in my early twenties, this period still left an indelible mark on my conscious and creative output. Much of the imagery of my paintings take inspiration from those experiences and recollections - a wellspring of memory and personal histories, atomized and diluted with the distance of time. Memories are repurposed and fused with other influences such as film, science fiction, magical realism and sense of place. My paintings are an outgrowth of this negotiation with my past, an attempt to approximate those mysterious undercurrents through symbolic manifestations, finding visual equivalents for inchoate feelings.

Though the characters and scenes depicted in my work are in some psychological sense surrogates for my experiences, the open-endedness of each image lends an indefinable, universal characteristic and the realism with which they are rendered brings an immediate familiarity to the viewer. Being situated in an altered world where things are not always as they seem, strange ambiguities invite the viewer to impart their own experiences and fill in missing parts. Having peered into this realm one might step back and begin to imagine anew the world at large, evoking dreams percolating below the surface. 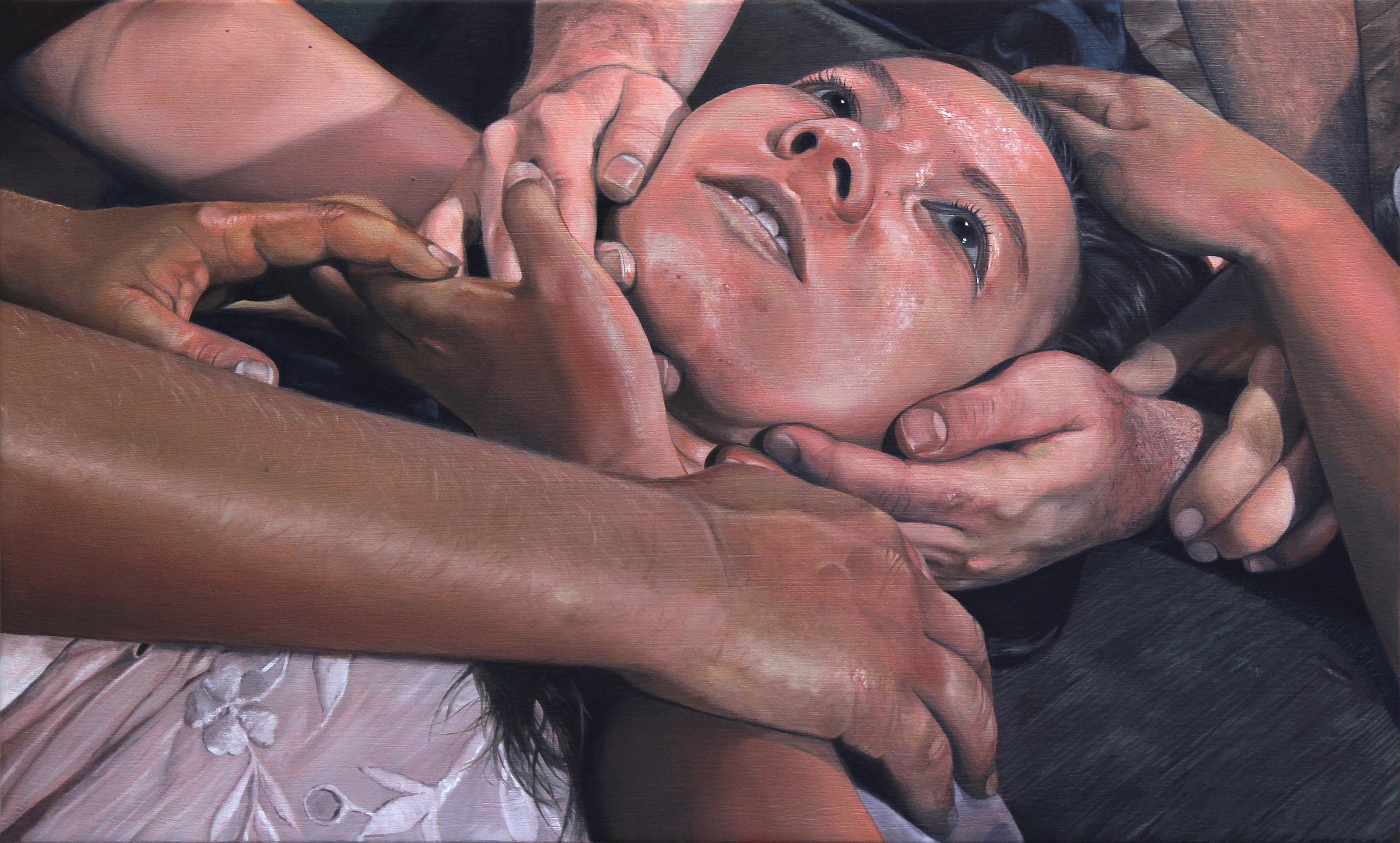 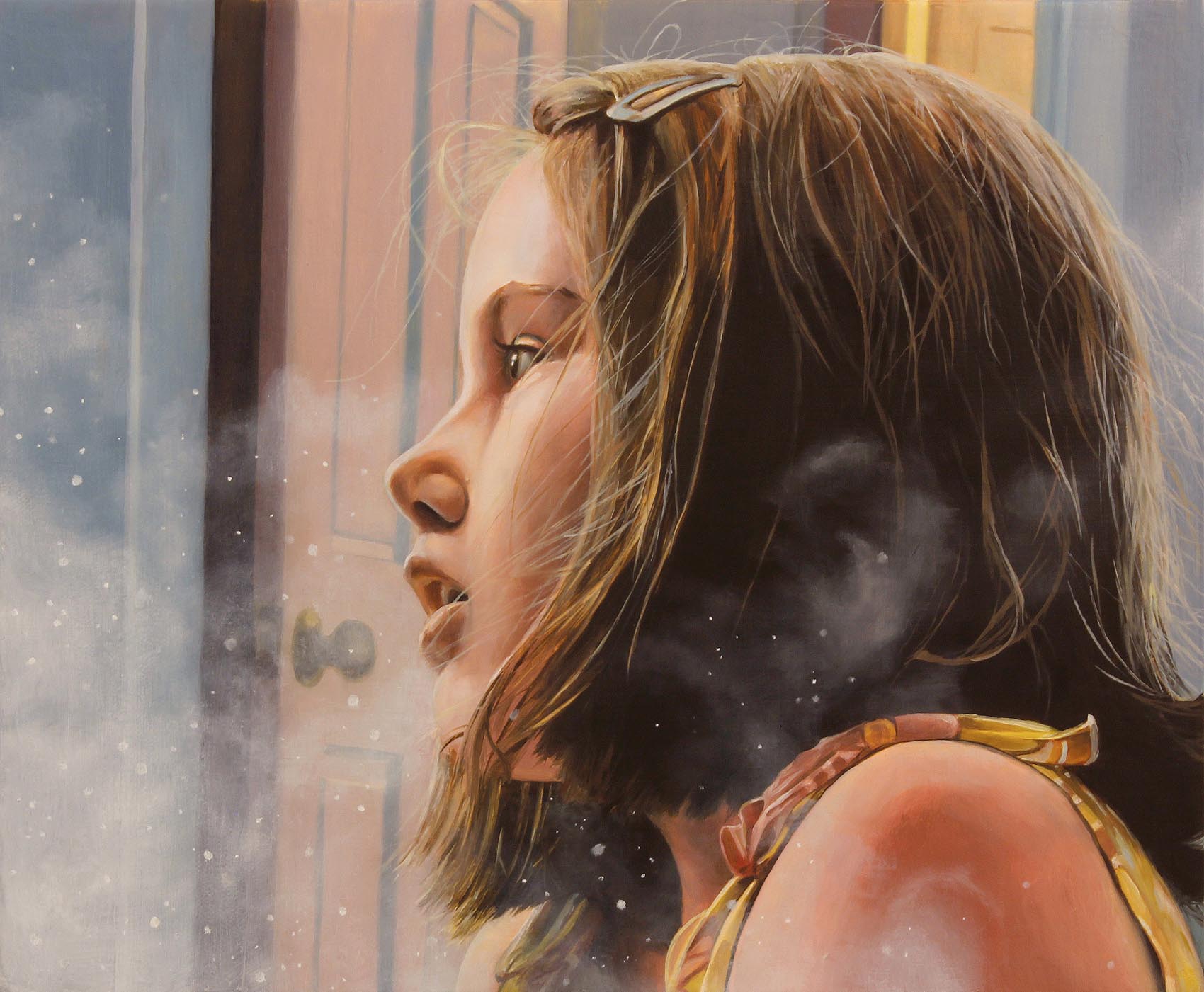 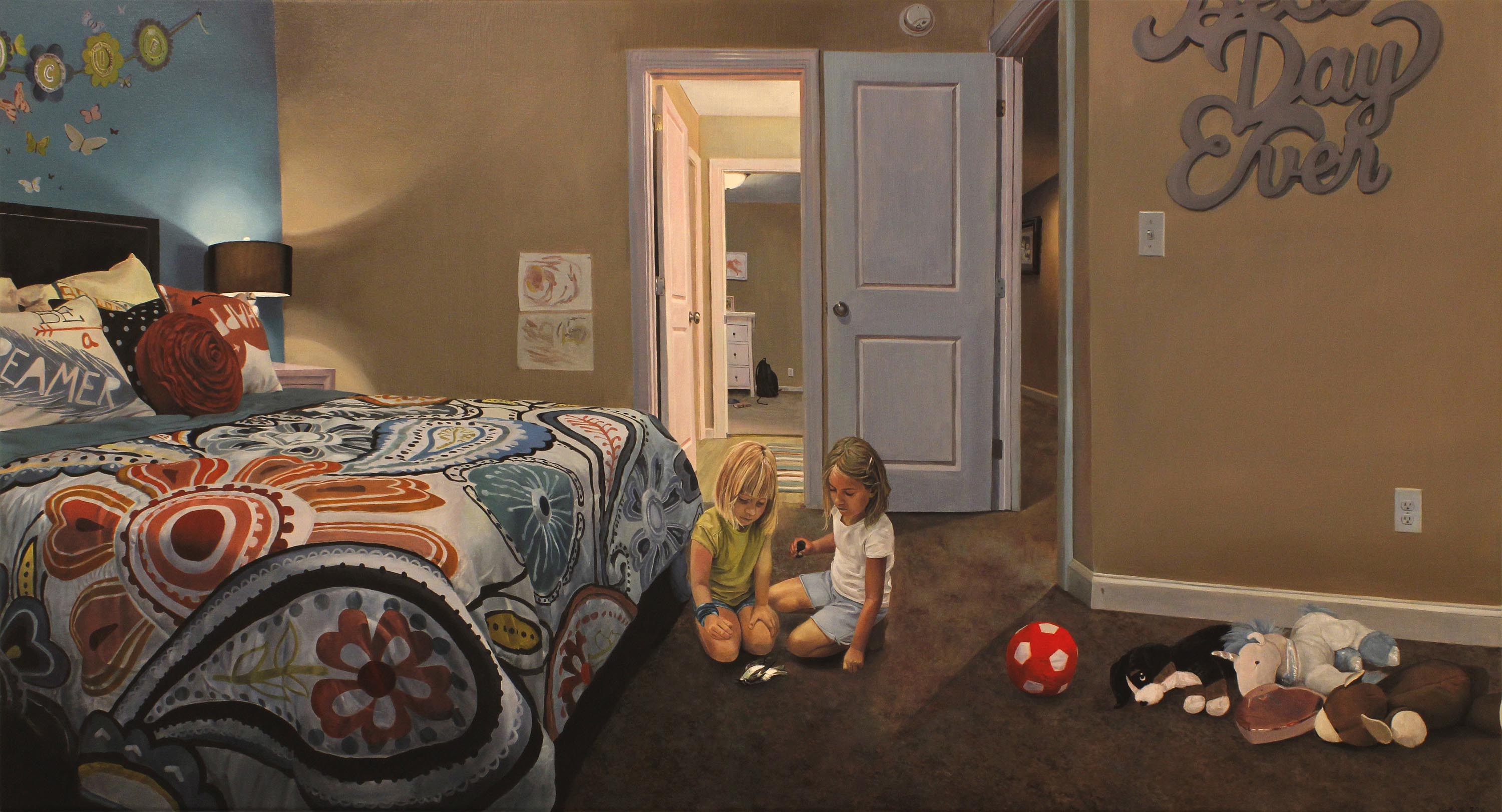 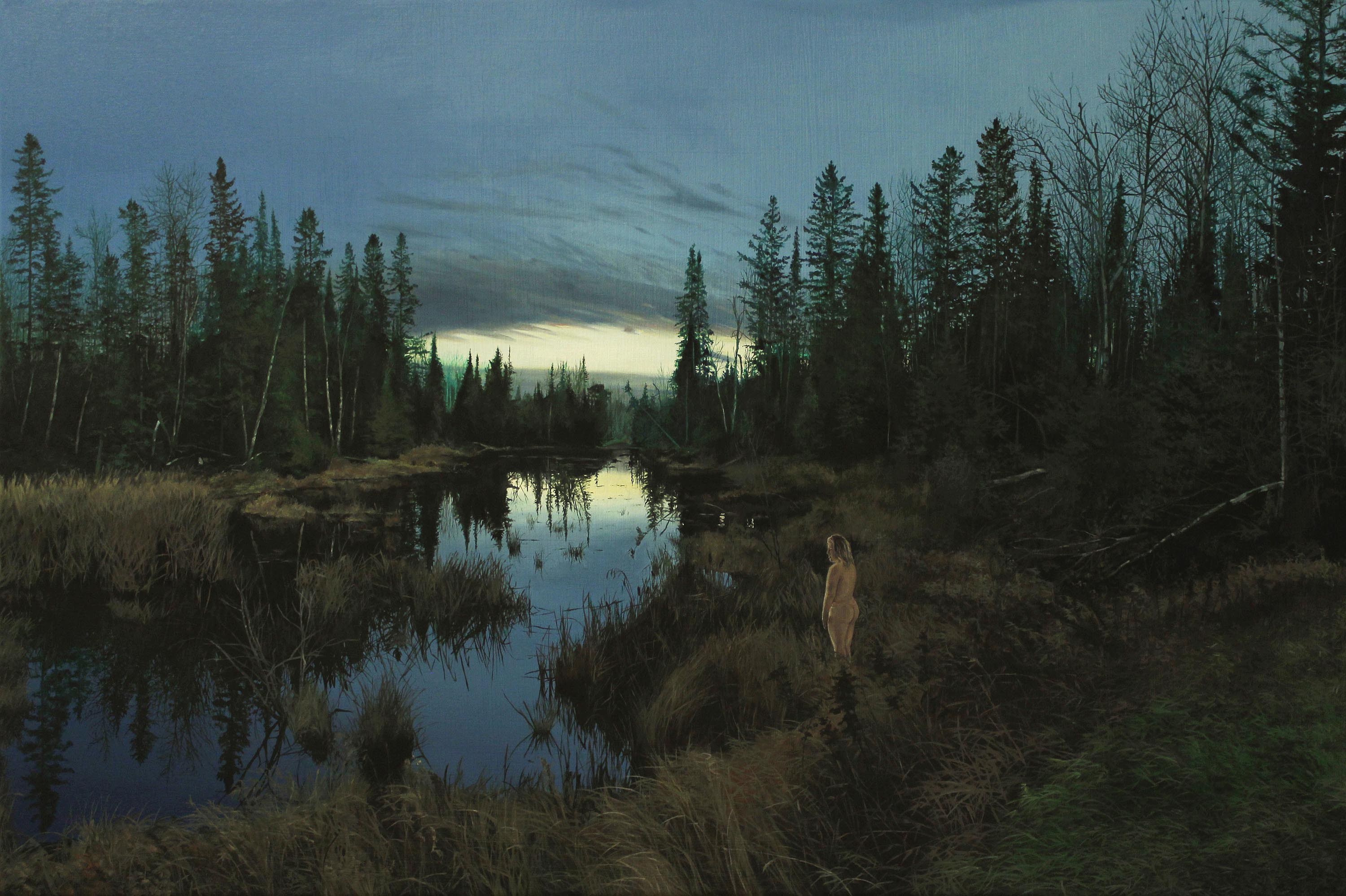 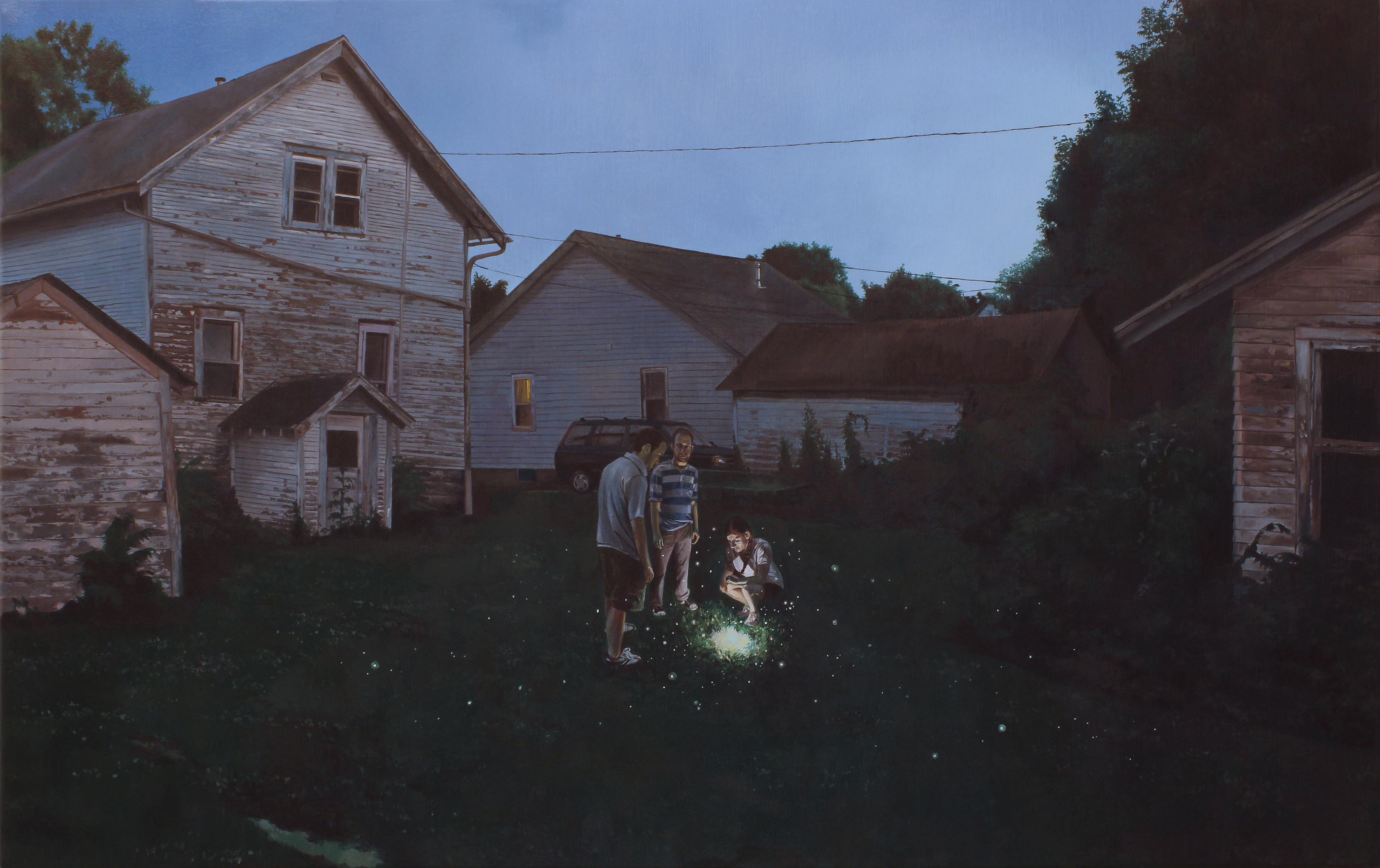 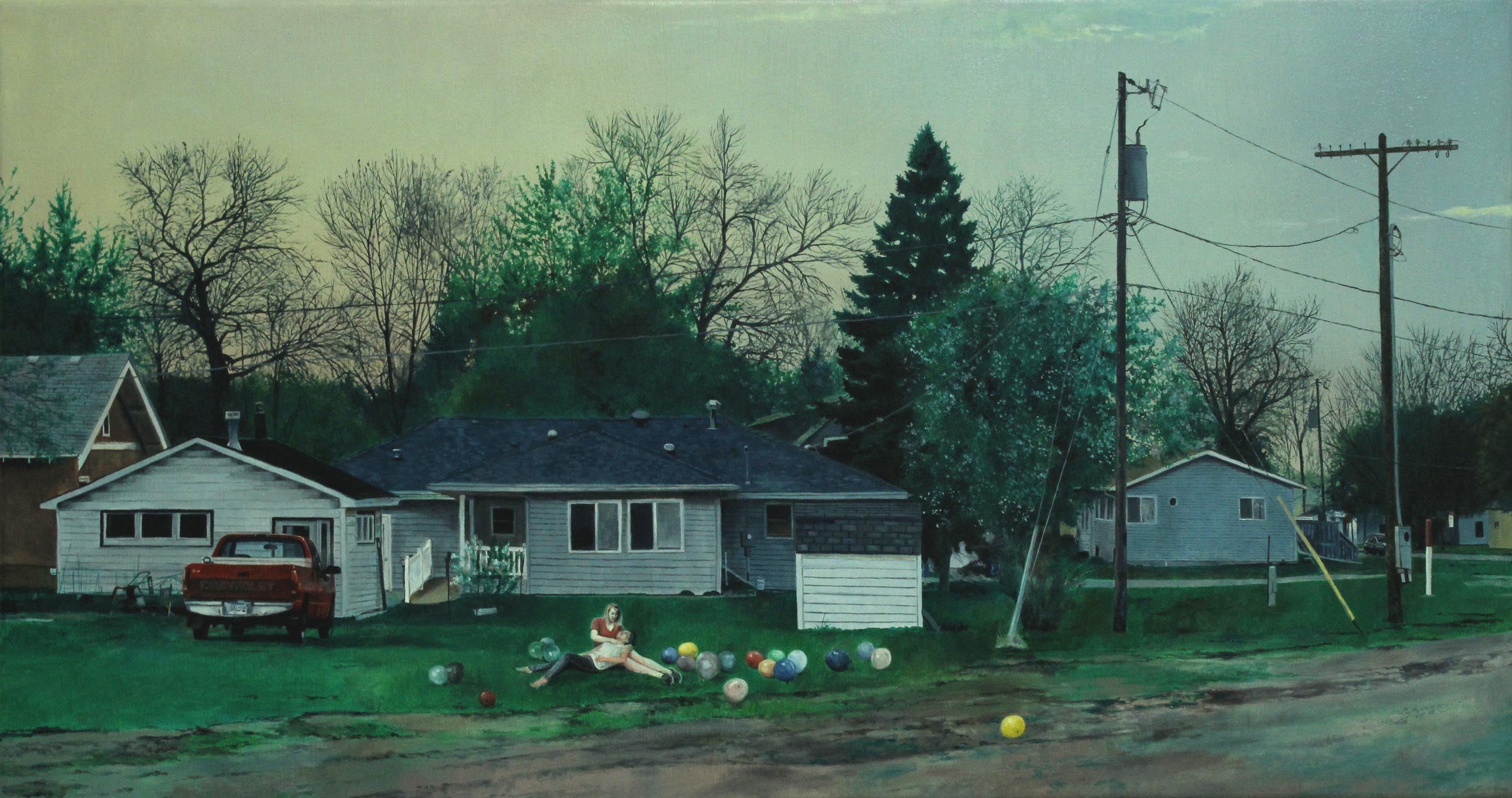 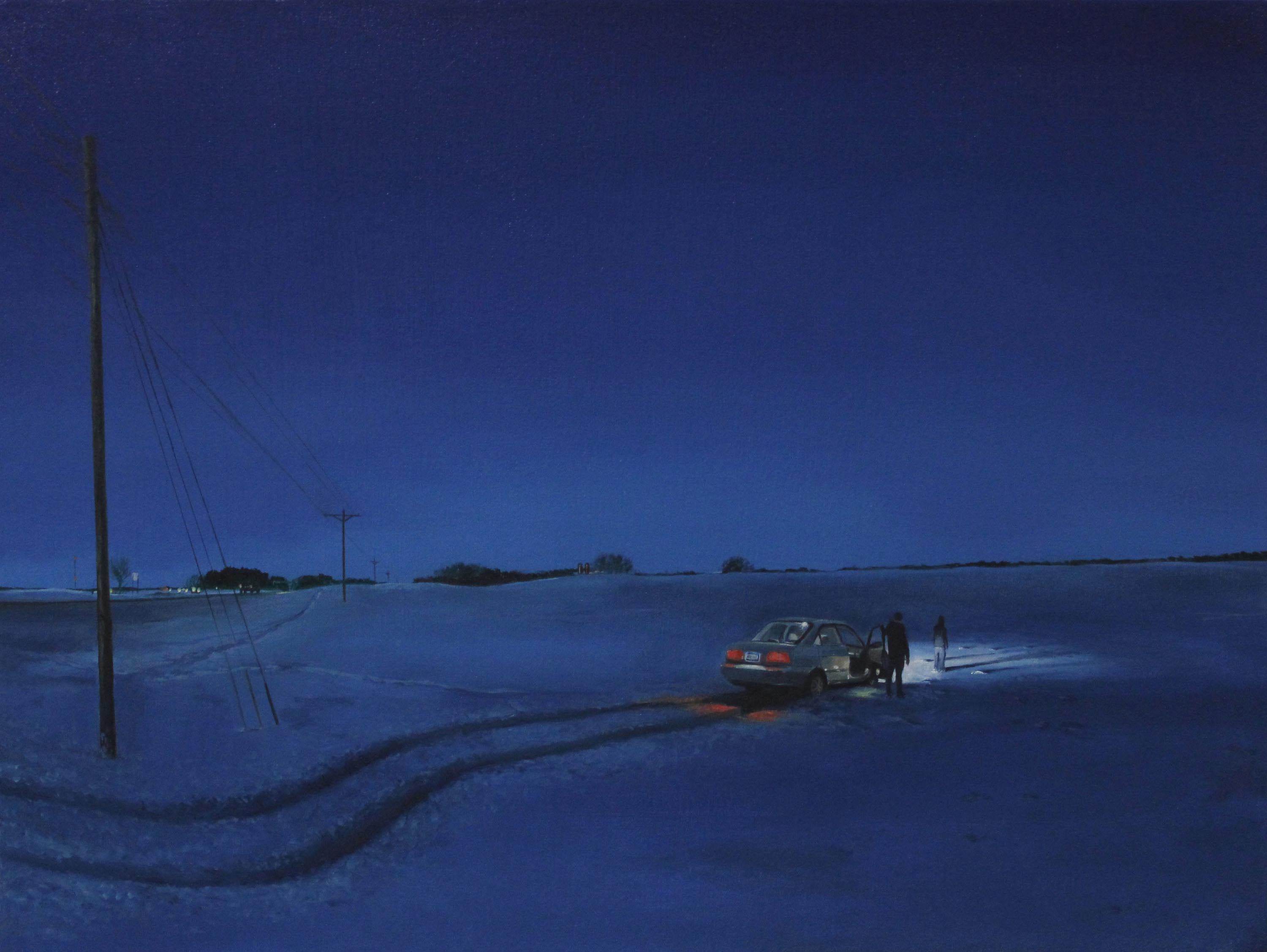 Nate Burbeck was born in Minneapolis in 1987 and graduated from St. John’s University in Collegeville, Minnesota, in 2009. In 2010 he participated in the Summer Residency Program at the School of Visual Arts in New York. In 2015 he received an Artist Initiative grant from the Minnesota State Arts Board.

He has exhibited his work at various solo and group exhibitions in cities across the United States including New York, Minneapolis, Austin, Texas, New Orleans and Omaha. He has also been featured in numerous online art publications and was listed as one of “Ten Artists to Watch” in 2013 by the Walker Art Center’s blog.