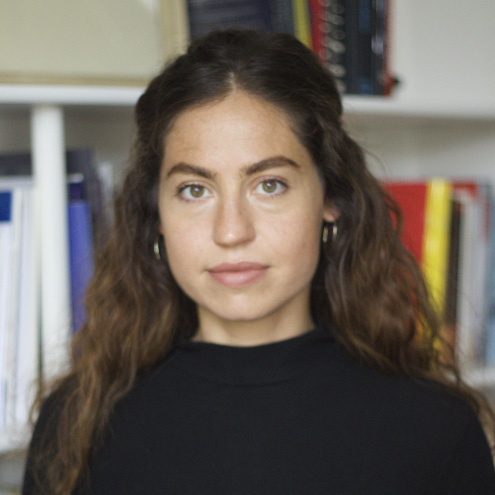 Juror Magdalyn Asimakis based her decision on the conceptual and technical excellence of each artist’s work. She was interested in artists who pushed their respective media in transformative directions in order to examine culturally urgent issues. Through this lens, Magdalyn nominated Lebohang Kganye and Tracy Kerdman to receive grants. Kganye’s animated film Ke Sale Teng (2017) explores the potentials of vernacular photography to engage a multiplicity of visual histories, while Tracy Kerdman uses painting to interrogate the social tensions that exist behind images of American hospitality in the Midwest. Both artists display an exemplary command of their respective media in teasing out these conceptual narratives.

Magdalyn Asimakis is an independent curator, writer and advisor working between Toronto and New York. With a background in both theory-based and object-based curatorial practices, she is currently pursuing a PhD in modern and contemporary art history at Queen’s University. Prior to that Magdalyn was a Helena Rubinstein Curatorial Fellow at the Whitney Museum Independent Study Program (2016). She has worked with Wedge Curatorial Projects, the Metropolitan Museum of Art, and the Art Gallery of Ontario where she was on the curatorial team for the exhibition Jean-Michel Basquiat: Now’s the Time, which travelled to the Guggenheim Bilbao. Additionally, she co-curated, along with Jared Quinton and Alexandra Symons Sutcliffe, That I am Reading Backwards and Into for a Purpose, To Go On: at The Kitchen (2017), along with a publication and related programming, including a conversation between Yvonne Rainer and Gregg Bordowitz and a performance by Aisha Sasha John at the Whitney Museum of American Art. Magdalyn’s most recent exhibition, Curtis Santiago: Constructing Return, opened in September 2017 at the University of Saskatchewan College Art Galleries. Magdalyn has also engaged in advisory work with Art Omi and Rebuild Foundation’s Black Artist Retreat. Her writing has been published in BlackFlash Magazine, Brooklyn Rail and in several museum publications.