My paintings are filled with analogous color relationships and wavering horizontal marks that imagine an impressionism derived from video tape distortion. My brush strokes blur the picture like an analog TV glitch, undulating the image as though from an obsolete technology. The unreal color provokes a sense of fantasy, reminding people of brief moments when life felt like a movie or drama. My filtered palette indicates the unknown, something outside of ordinary life. Compositionally, the repetition of reflected spaces and screens creates sub-narratives that are open-ended and incomplete. The picture plane opens outward toward the viewer, inviting them into an awareness of a between-space where the painting is a stage and they are the theater. The goal of my painting is to depict the unreal and arcane quality in mundane existence.
I source images from the media of decades past. I begin with old, found stills and create new fictions. With VCRs, our past became accessible and editable at home. I grew up in the transition from analog to digital. I've discovered my affection for the 1990’s as an adult through social media, movies and animation. Many programs depicting that decade are still popular. Pre-internet television continues to be my favorite form of entertainment. The TV shows that I watched when I was kid are evident in my paintings, false memories in my unconscious mind. Specifically, I bring the vibes of City Pop, a synth-laden subset of Japanese pop music and related videos, into my paintings. My images evoke a nostalgia of the recent past, as grainy VHS grade images meet the retro mood of Japanese anime. The power of nostalgia, both romantic and empty, manipulates the viewers’ minds and emotions through imperfect memories. We recall our frustrated expectations of the future, which is now the present moment.

Fiction needs characters, and so all of my paintings are figurative. Time is warped, however, and figures of the present are juxtaposed with those from the past. Through walls, windows and screens viewers can look back and forth through. Nonetheless, the figures feel blank, inviting the viewer to project themselves into their points of view and wonder about their intentions. Their postures and environments mix feelings of emptiness, isolation and ennui. The only thing the viewer can be sure of is a hazy feeling of uncertainty. 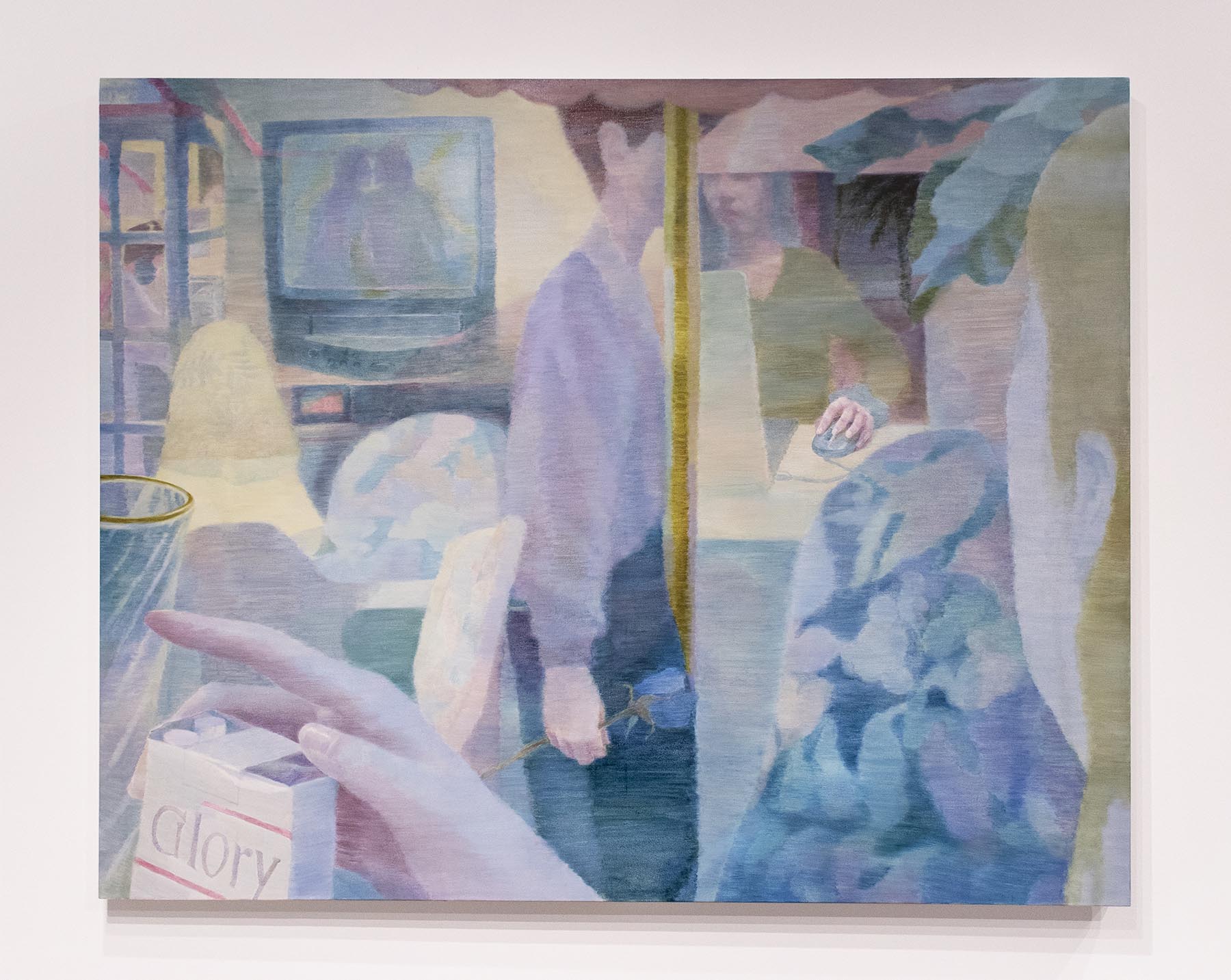 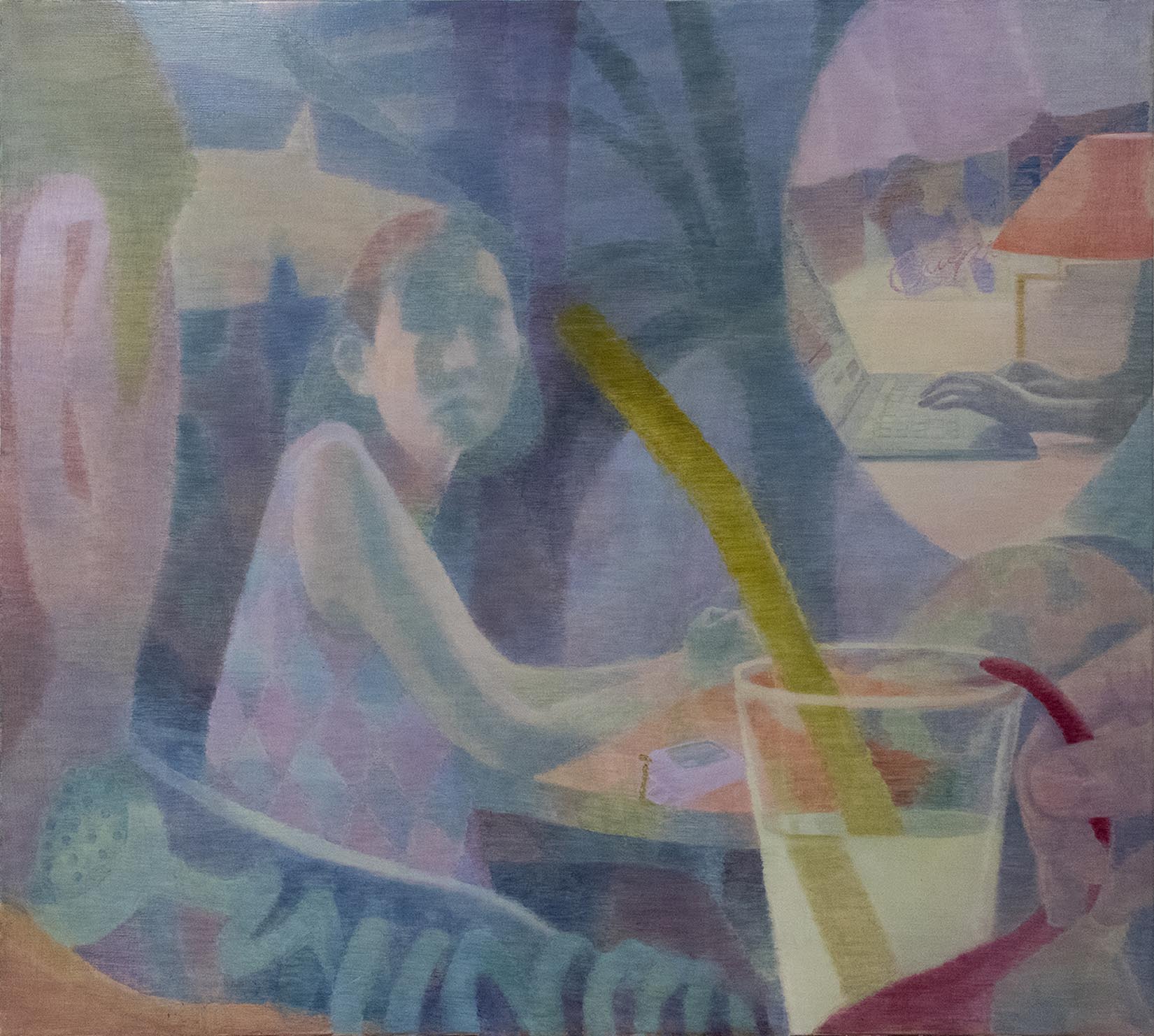 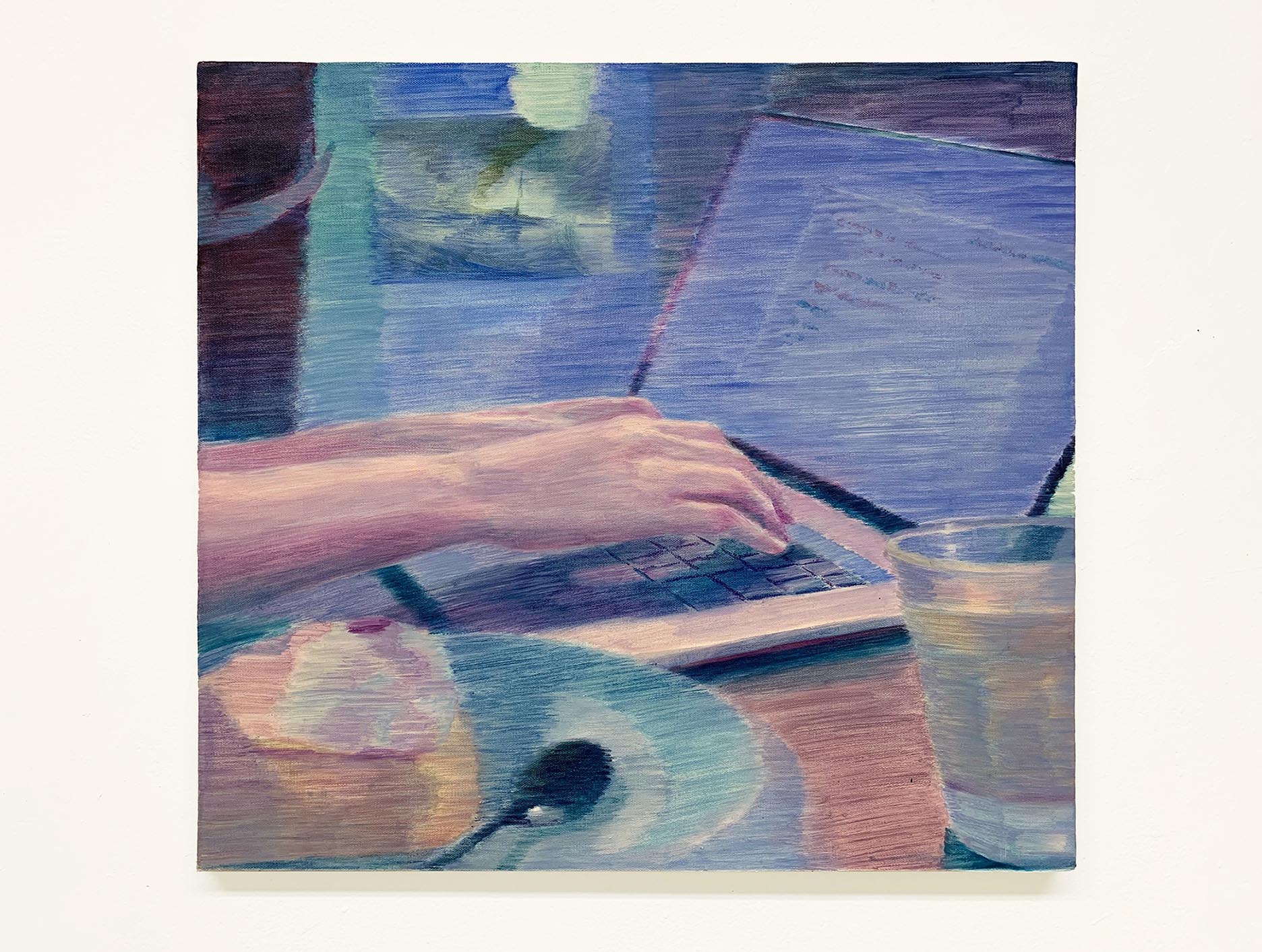 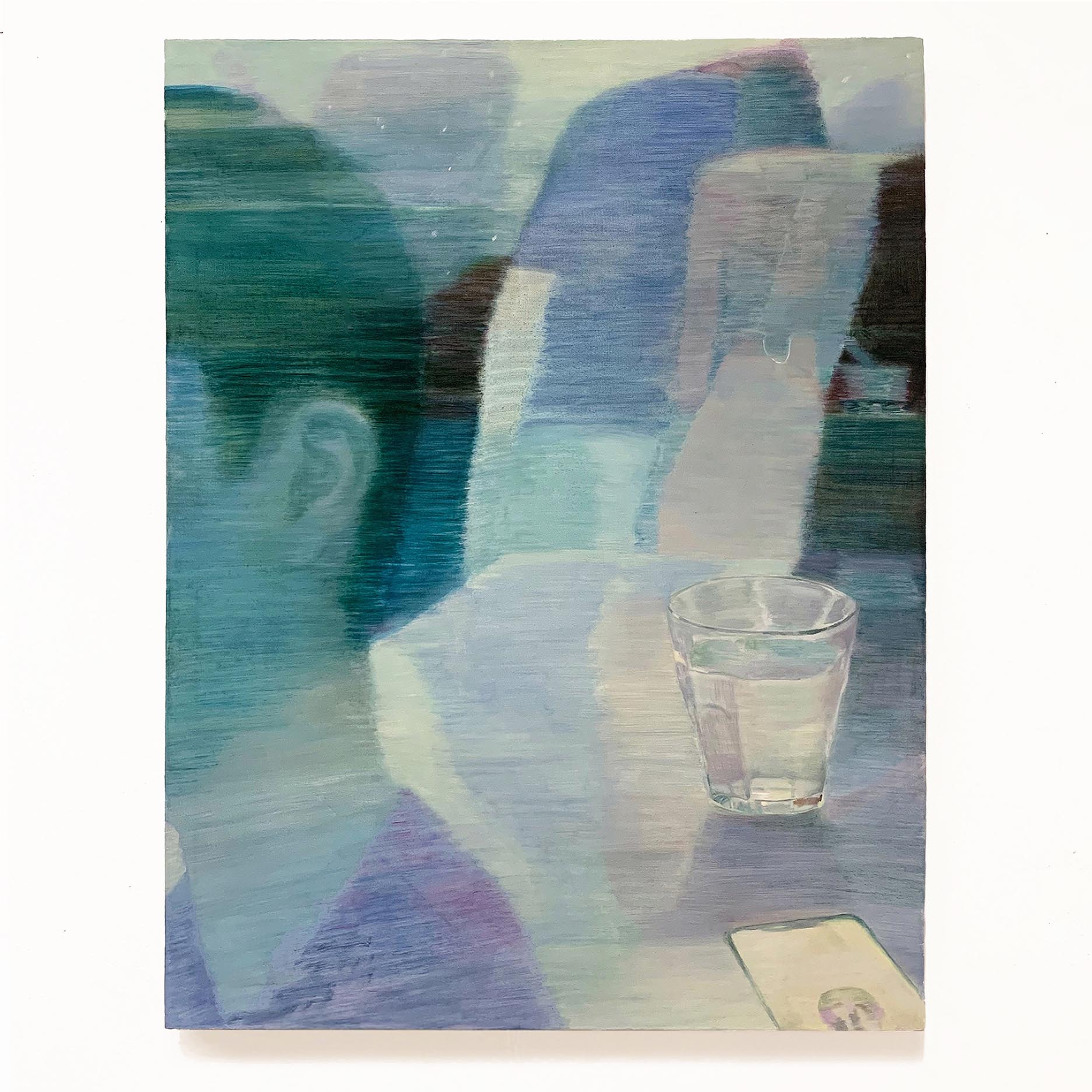 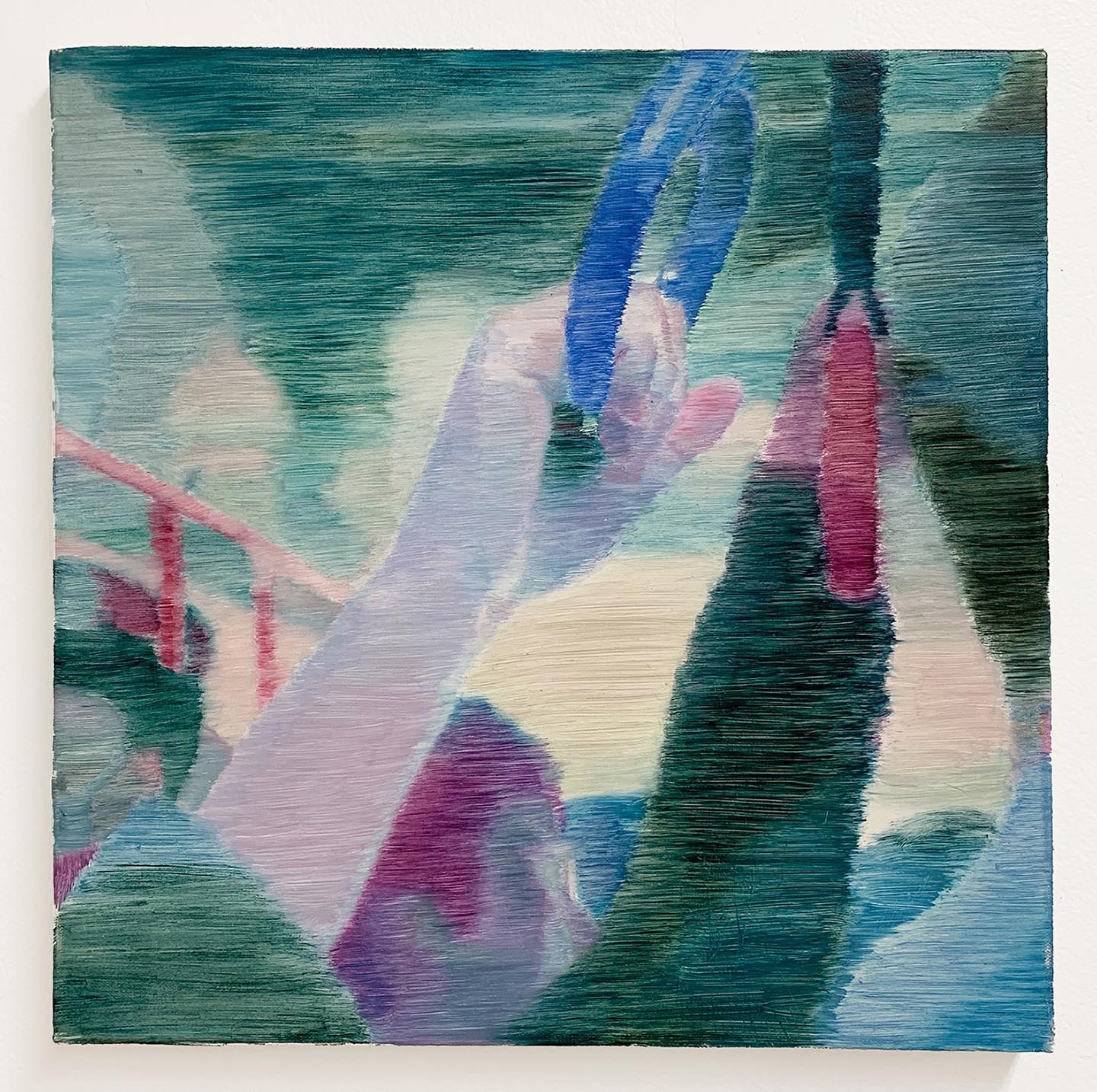 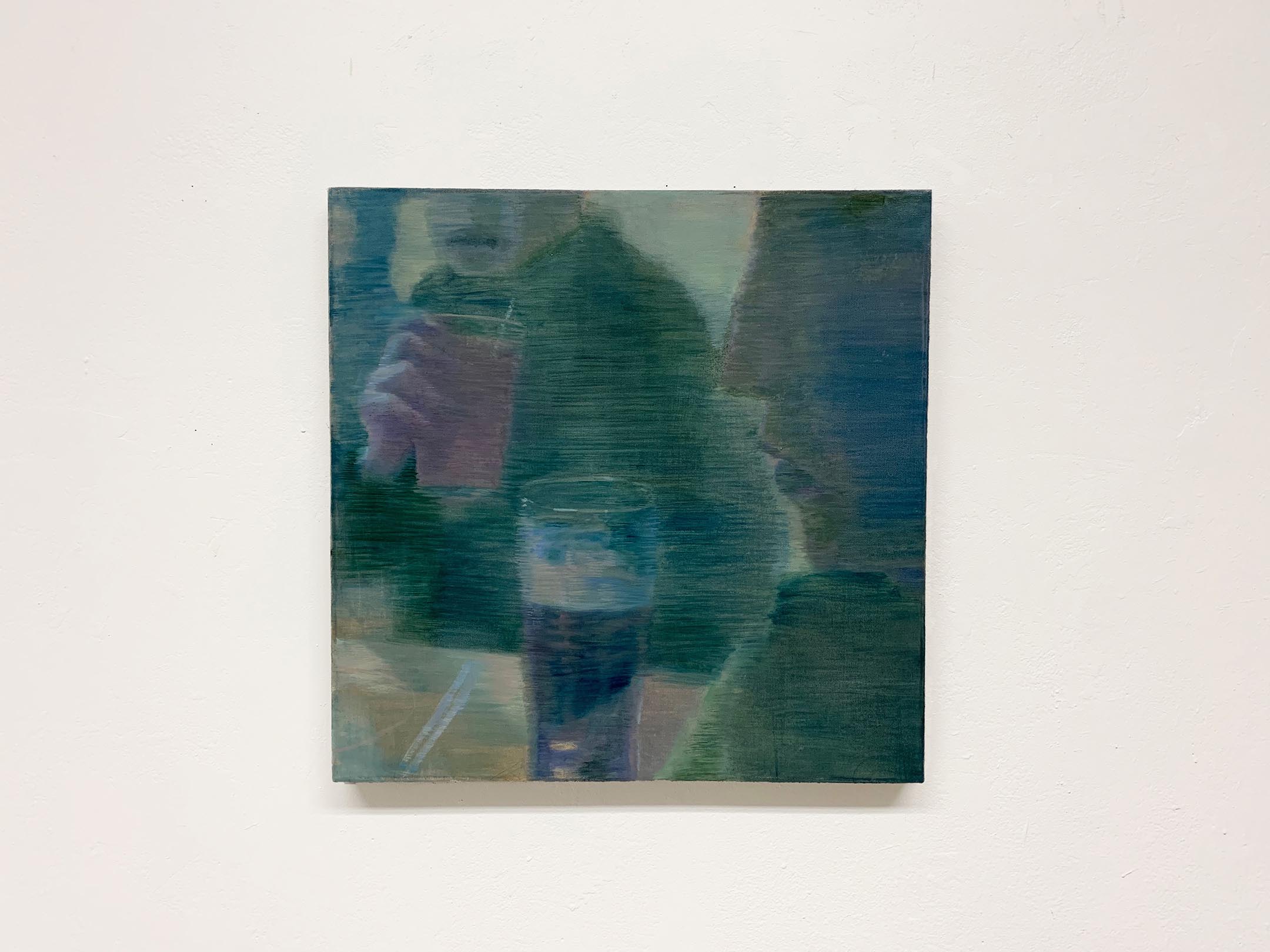 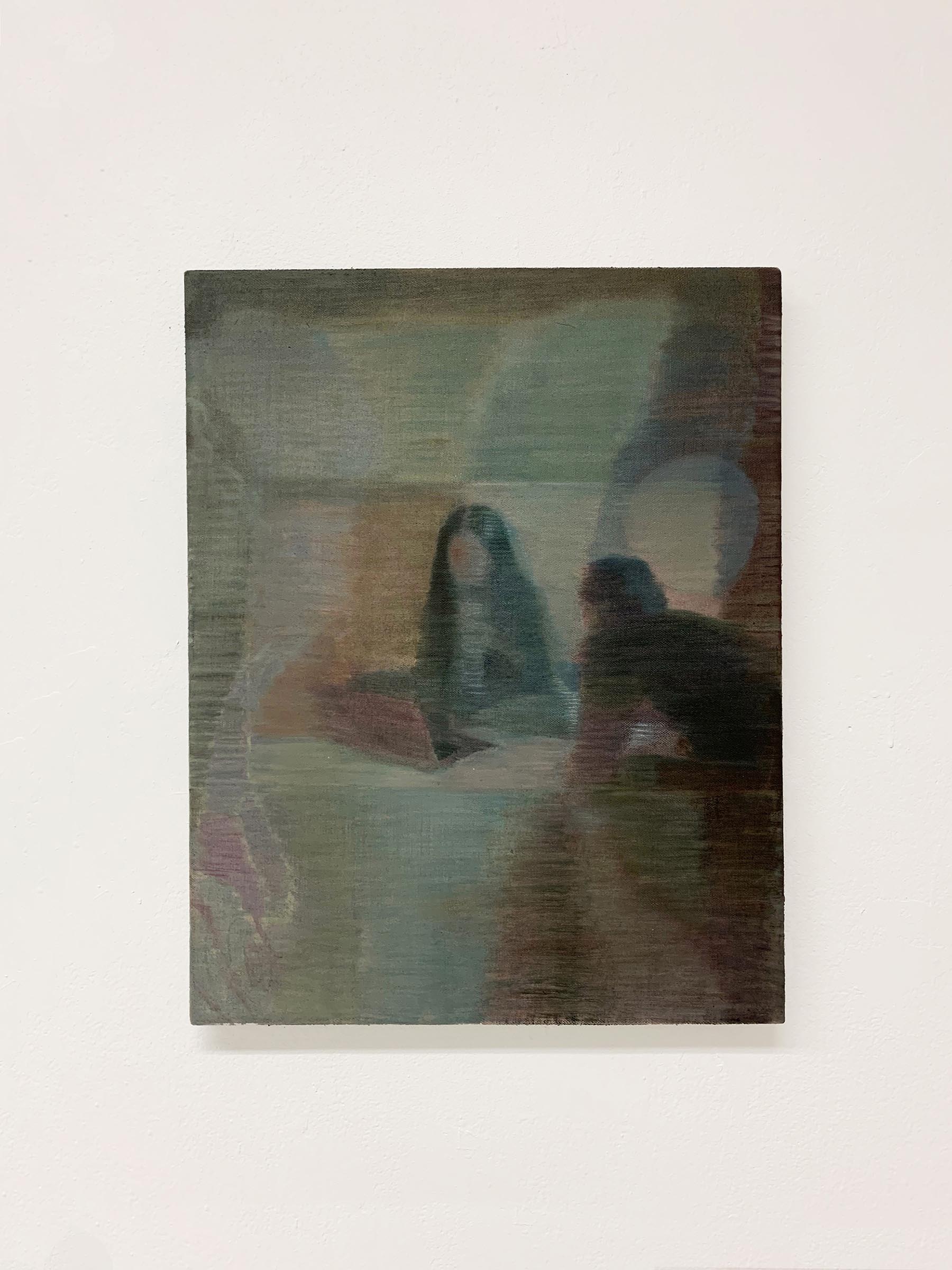 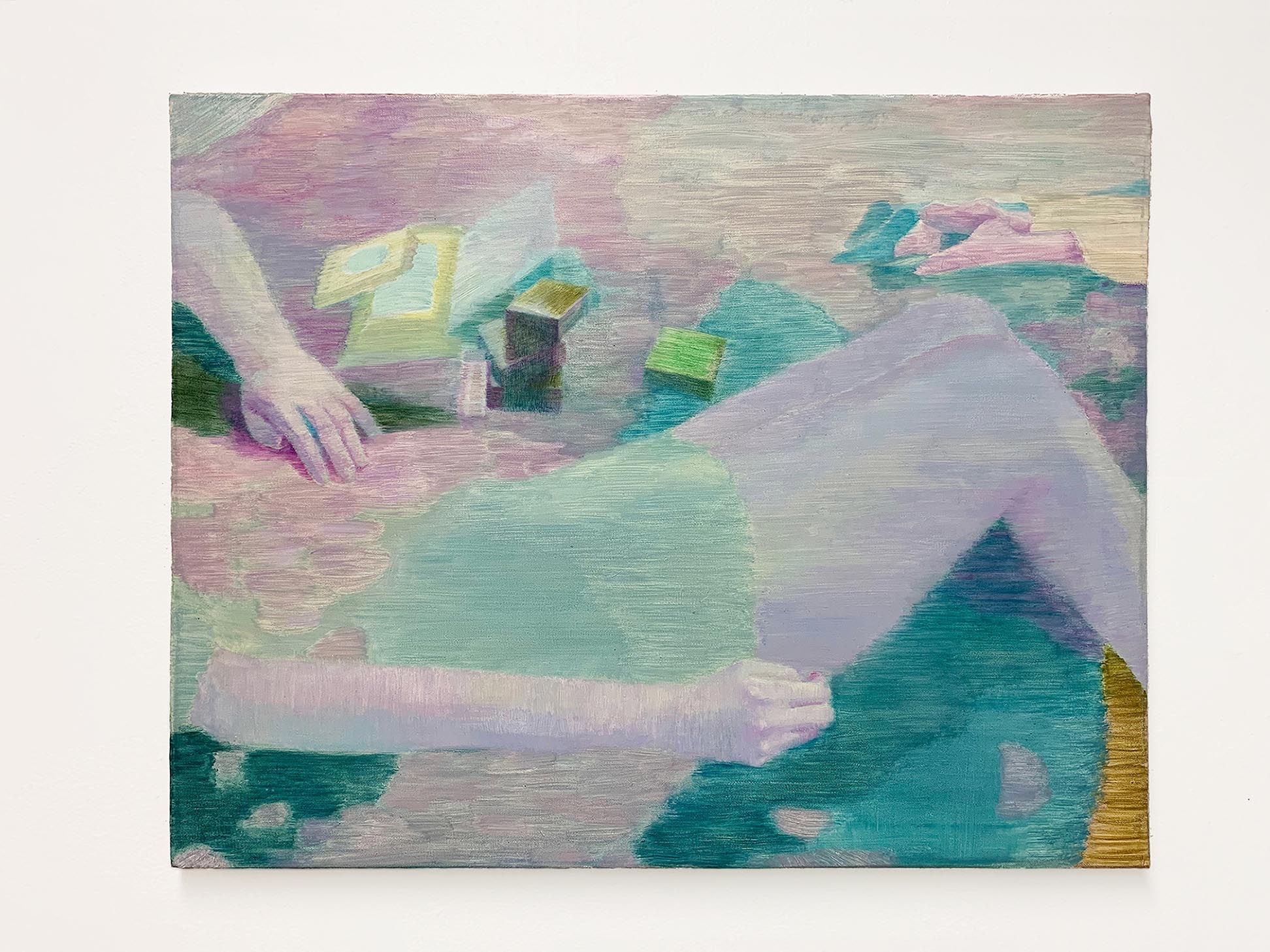 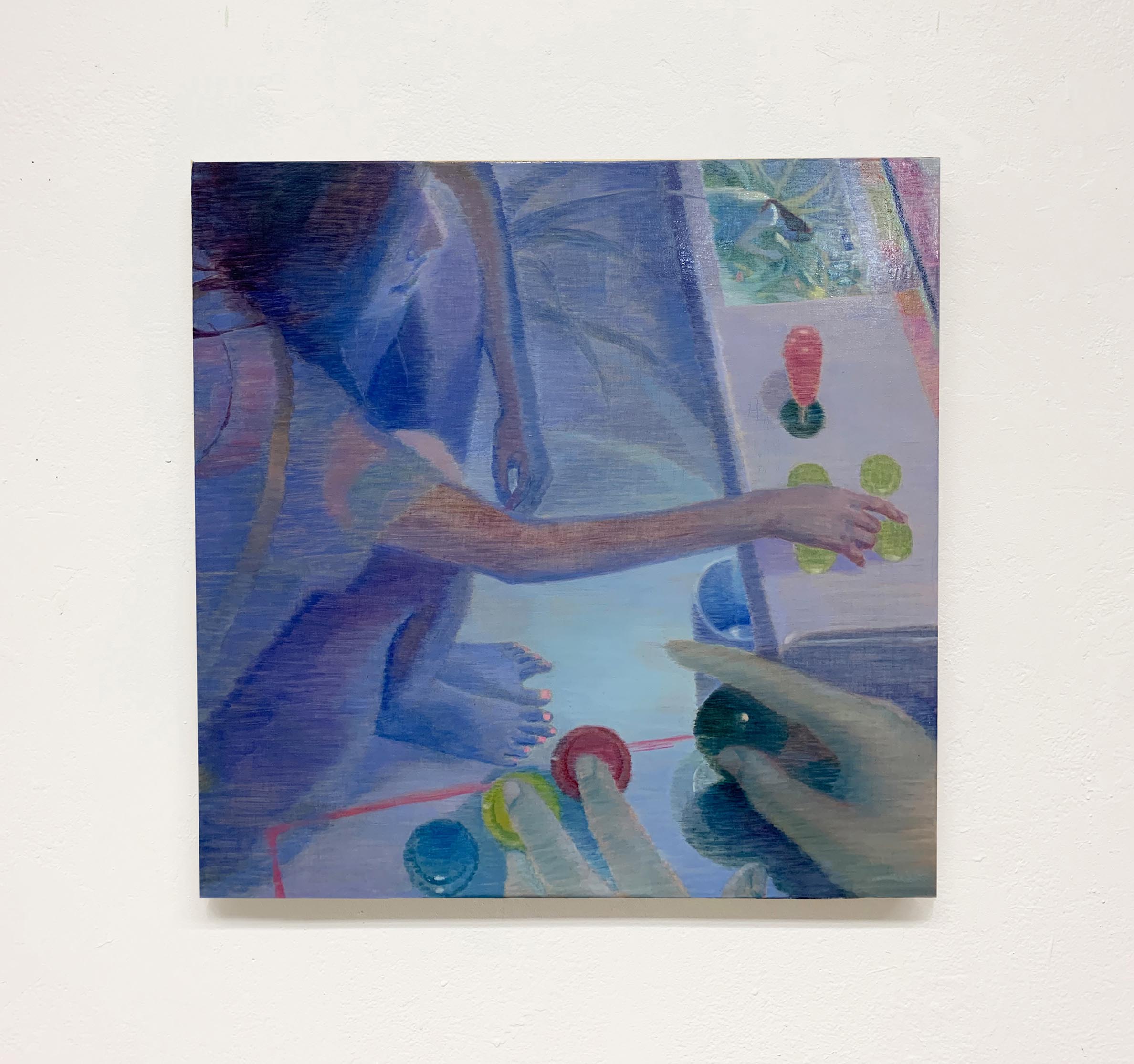 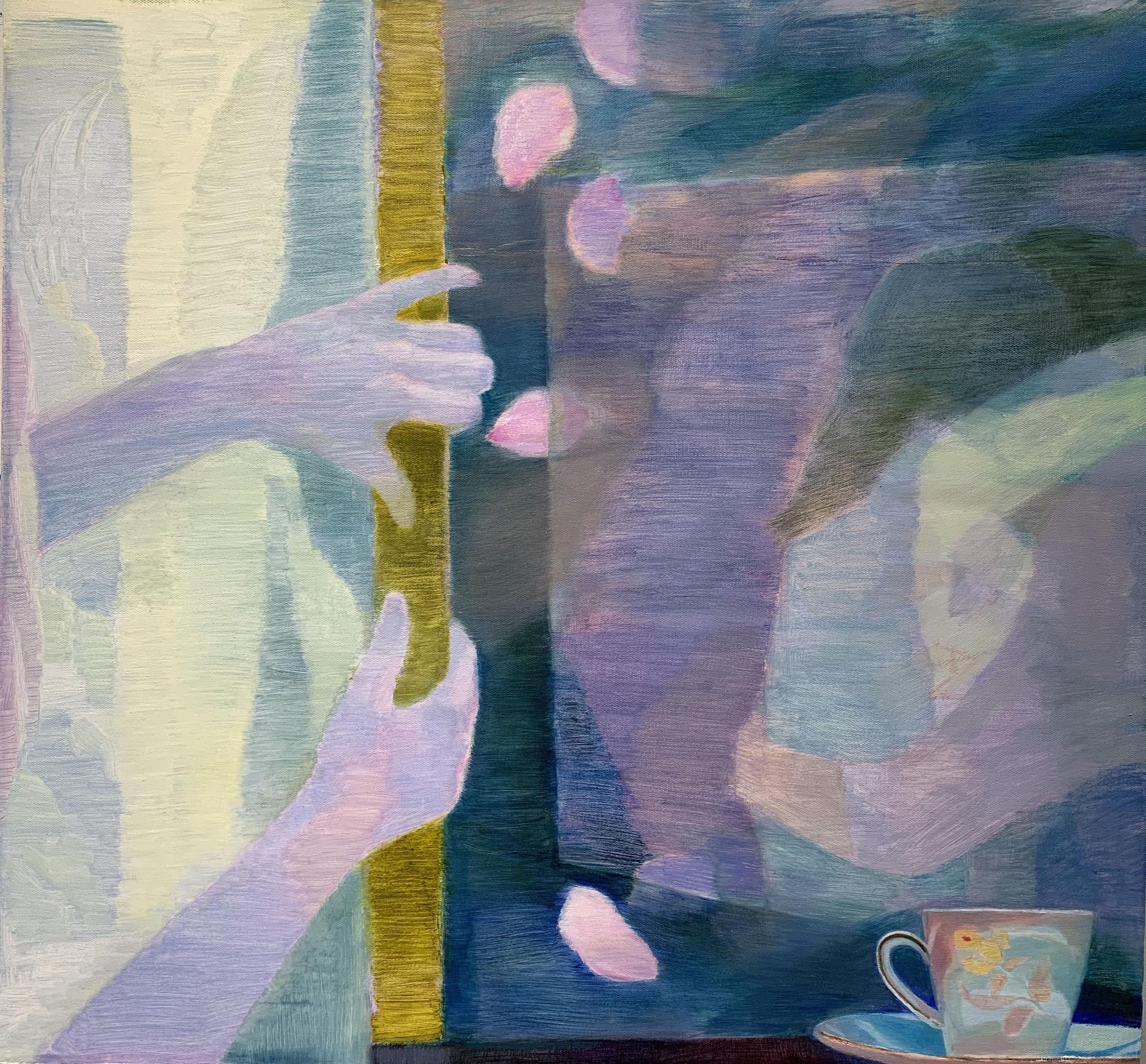 Yoora Lee (b.1990) is a Chicago-based artist. Yoora received a B.F.A in painting at South Korea and moved to Chicago in 2016. And she recently graduated with her M.F.A in Painting and Drawing from school of the Art institute of Chicago. Her work has been exhibited internationally including Chicago and Seoul.