My current paintings respond to the lack of Asian/Asian American representation in portraiture within our Western art institutions (particularly in modern and contemporary art). I wanted to question the idea of visibility, or invisibility – who gets honored and remembered in history, and who gets erased or forgotten. I was further inspired by the social media phenomenon of subtle asian traits, a Facebook group of over 1.7 million Asians living across the diaspora in the West, yearning to feel a greater sense of inclusion or belonging. Believing that figurative work has the ability to empower one’s sense of self-worth, and with Asian Americans living in a society that rarely shows their faces in everyday media, I set out to paint these portraits as small efforts to help a community feel like they are part of a greater social conversation.

The sitters from my portraits are usually strangers that I find on the Internet, through Asian American social media groups or community organizations. I appreciate having strangers sit for me in-person during painting sessions; this is also the first time in which we meet. Because I have no pre-conceived notions of the individual, my interpretation of them comes directly from painting, which allows for much surprise and adventure in my creative process. The context of the painting (e.g. the landscape outside the window) often derives from a live narrative or personal memory shared with me by the sitter during our five-hour painting session. Through painting, I am able to informally survey members of my community to better understand the psychology of race, and the varying viewpoints my sitters have on ideas of home, immigration, prejudice, family, longing, love, and loss. A first-generation American immigrant myself, my practice allows me to further navigate my own identity as a painter who sees the world from both the lens of an ethnic majority in Asia, yet that of a minority in America.

As I continue to work on this series, I have begun to ask myself new questions in response to the narratives and concerns presented to me by my sitters: What does it mean to be an Asian female living in America? To think about assimilation, fitting into a society that still thinks of Asians under particular stereotypes (e.g. model minority myth, the perpetual foreigner, economic threat, Asian fetish); to constantly have to juggle between living in this psychological duality of space – too white one day and too Asian the next; to feel this forever sense of longing that is Freud’s racial melancholia in response to immigration.

My portraits of Asian Americans allow me to continue to search for these answers – through the lens of the collective, and that of the self, which always inevitably appears through the mirror that is painting. 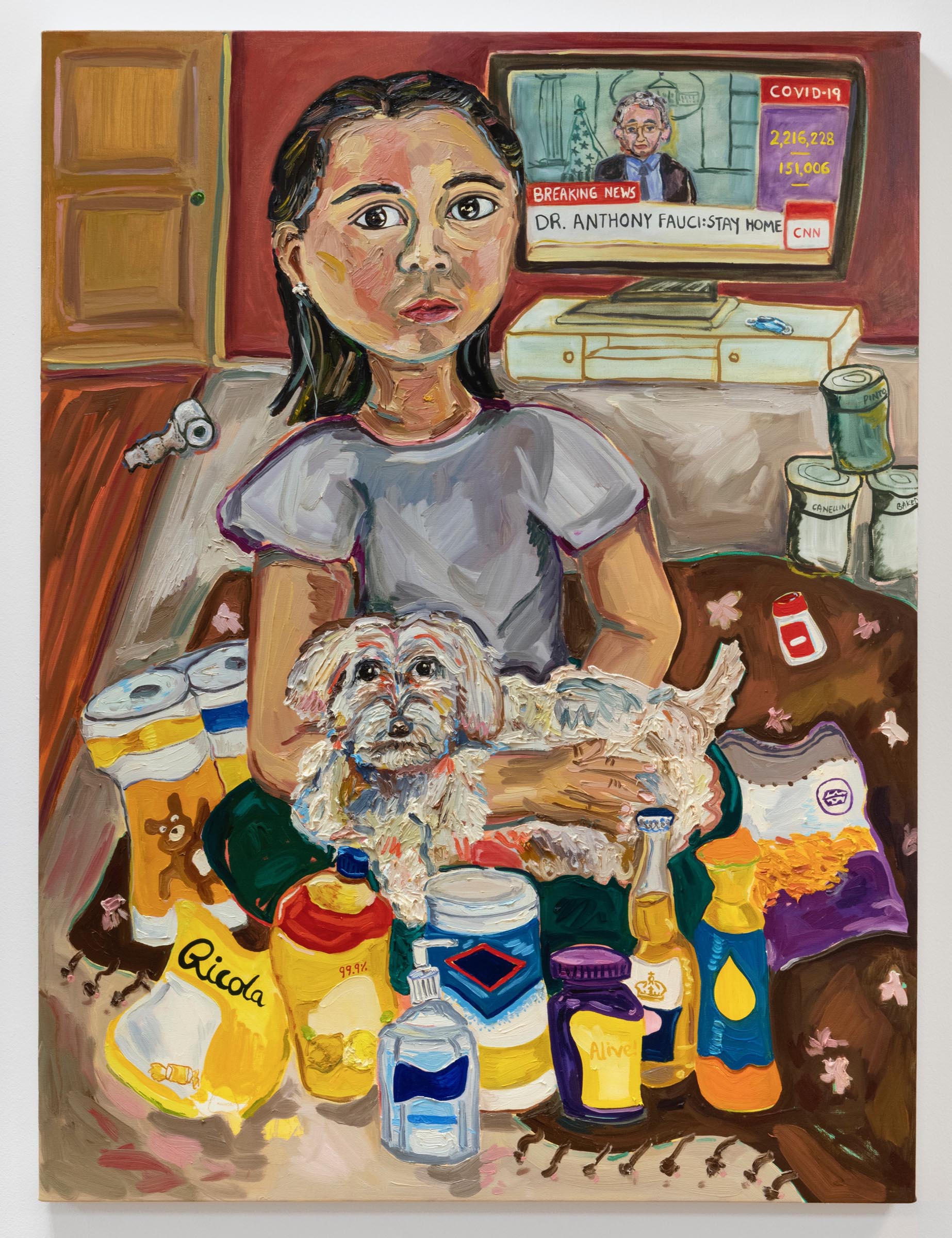 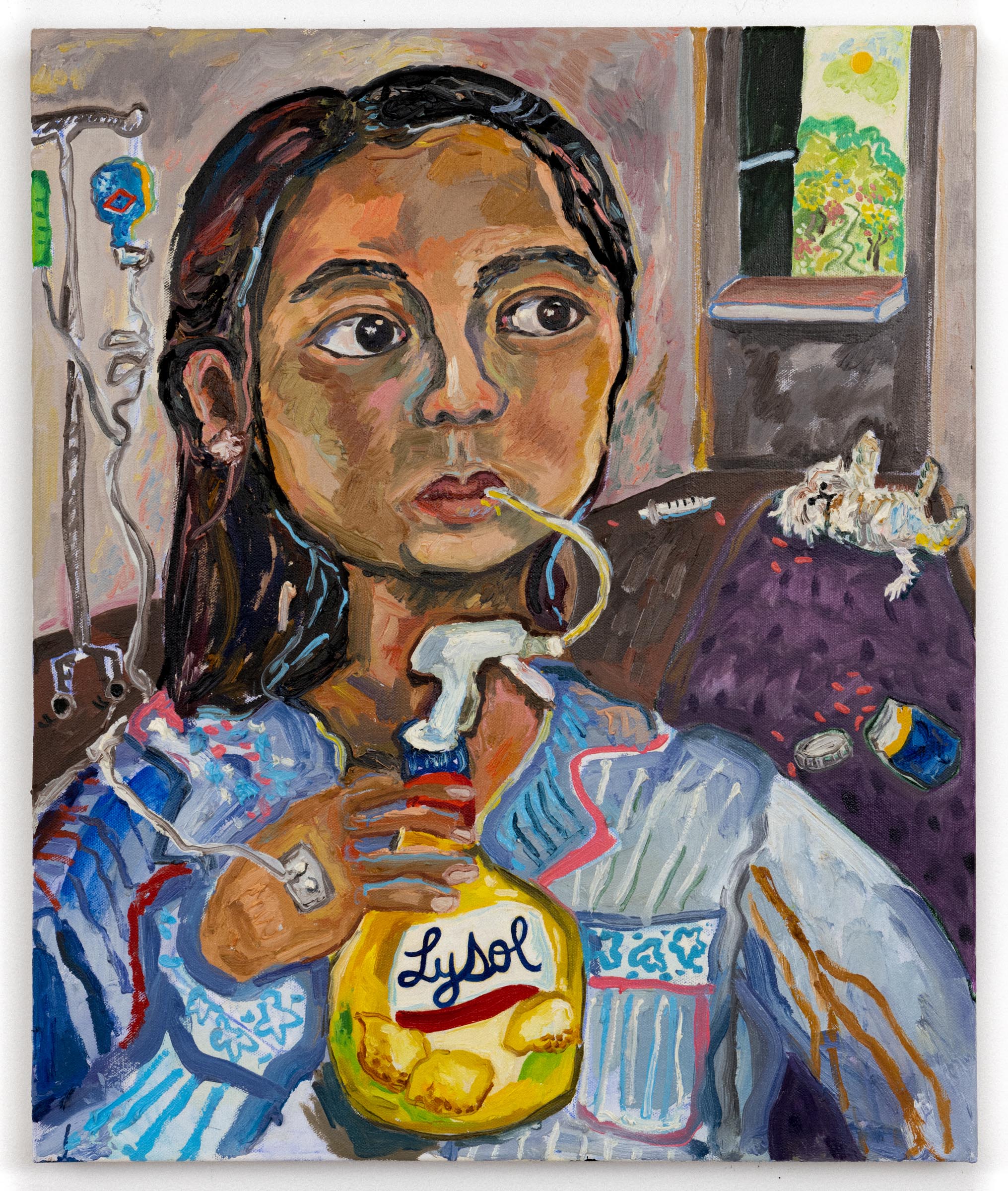 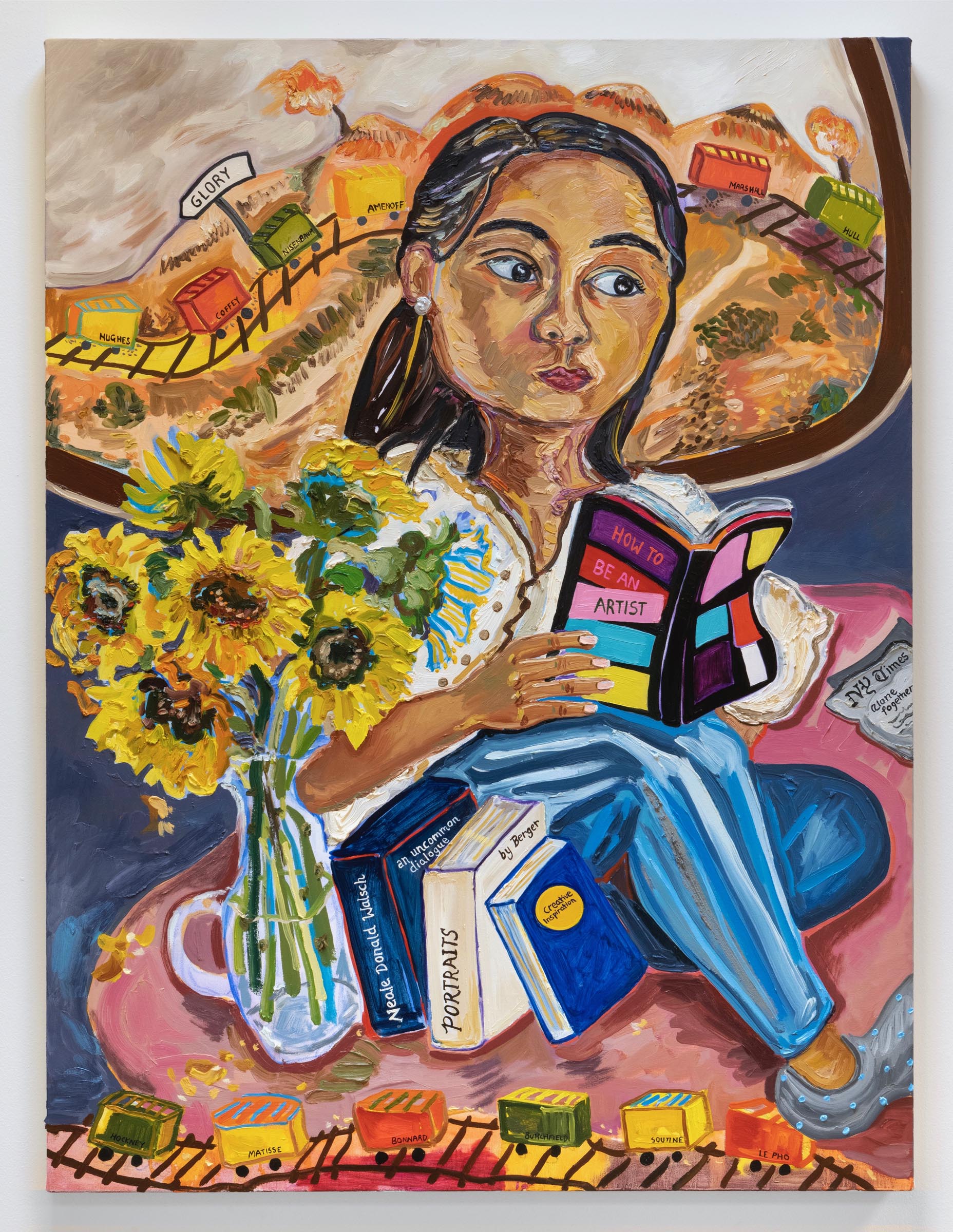 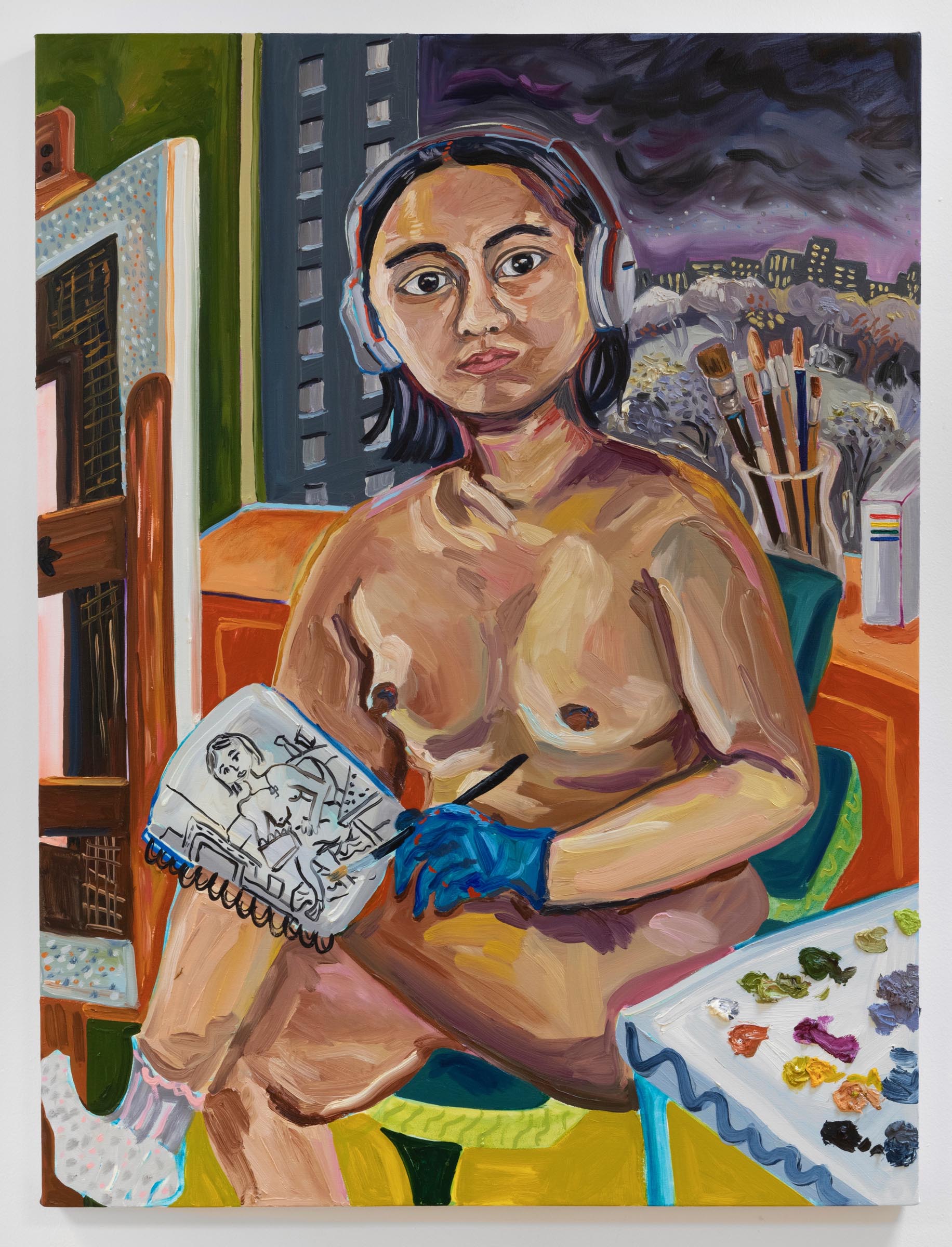 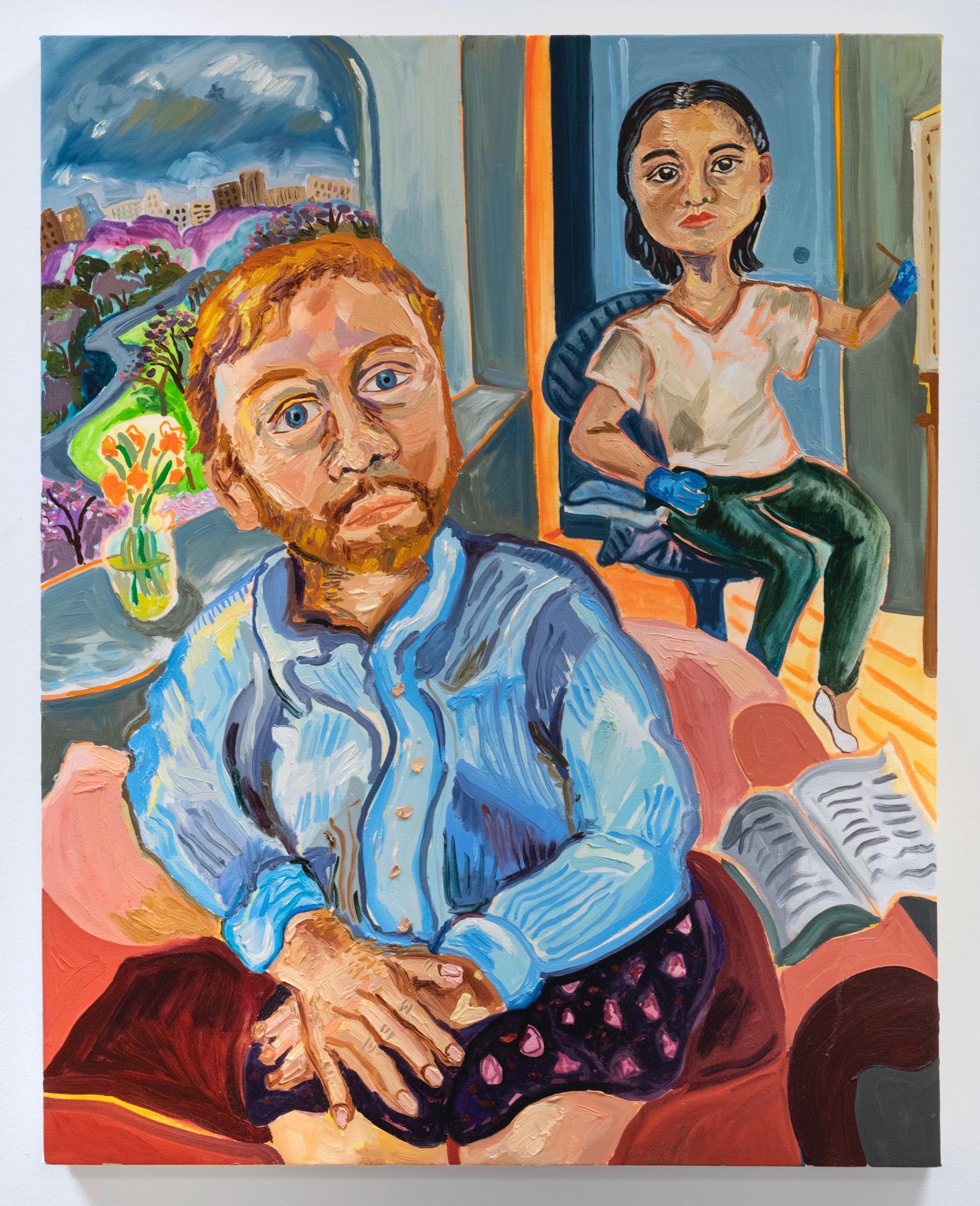 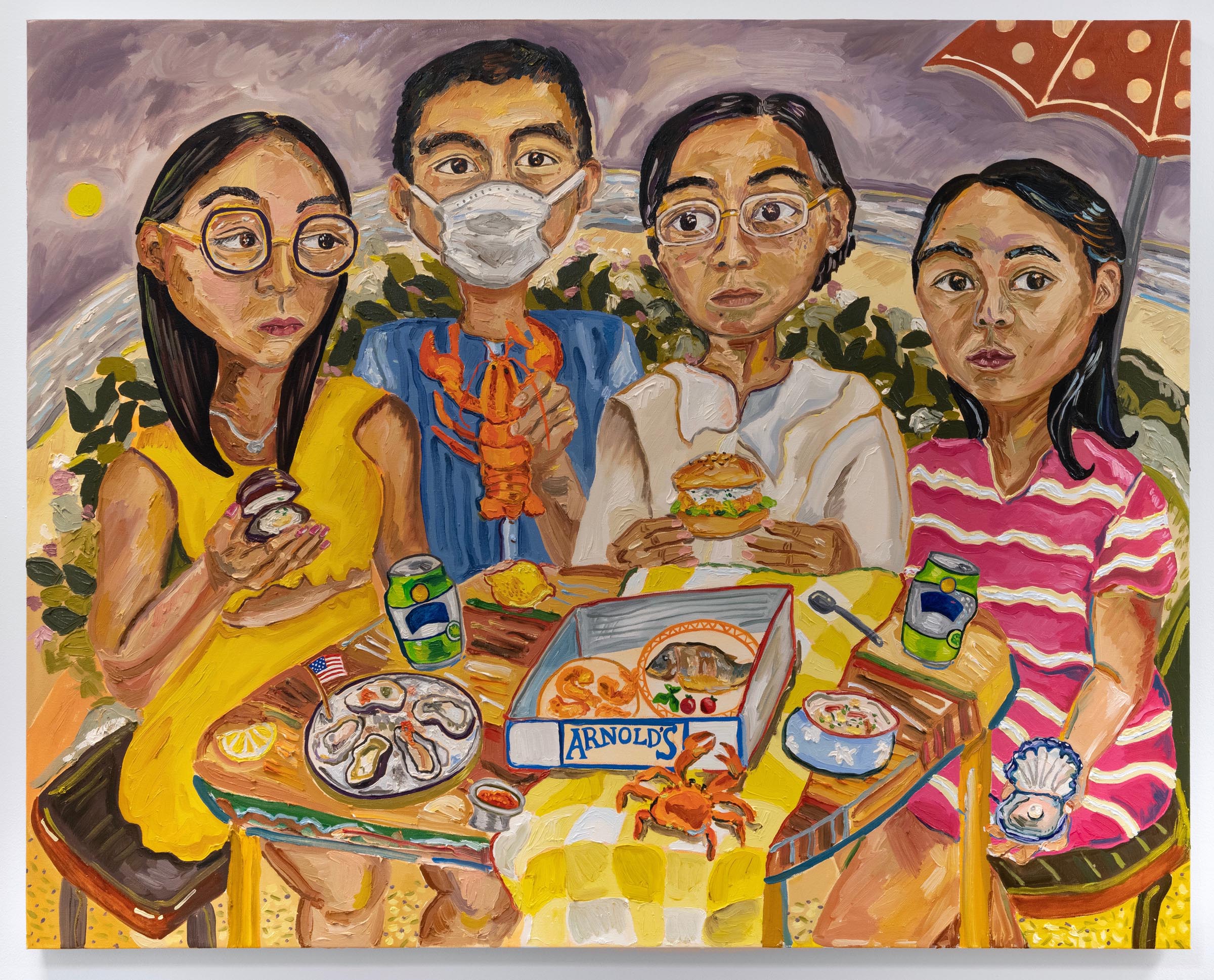 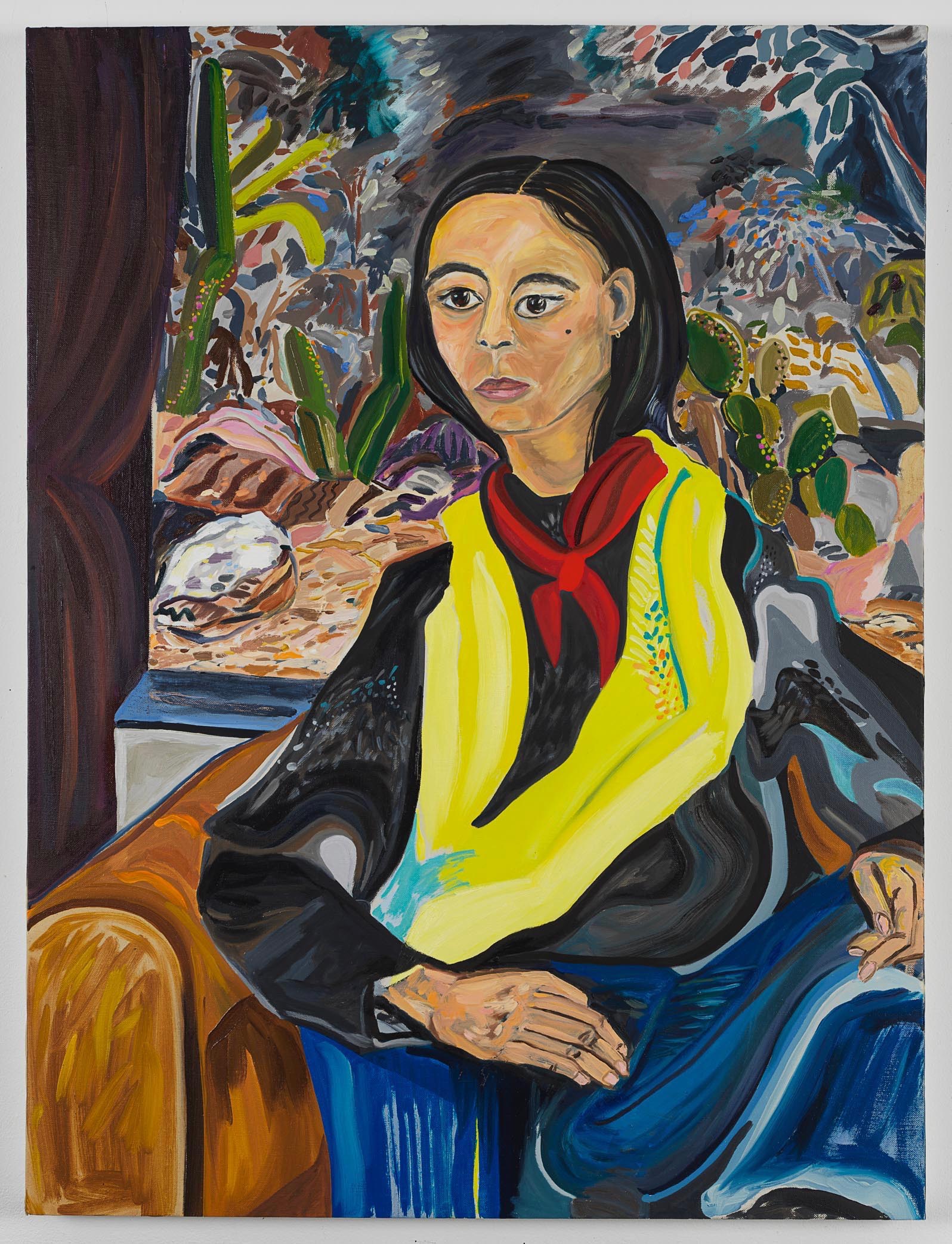 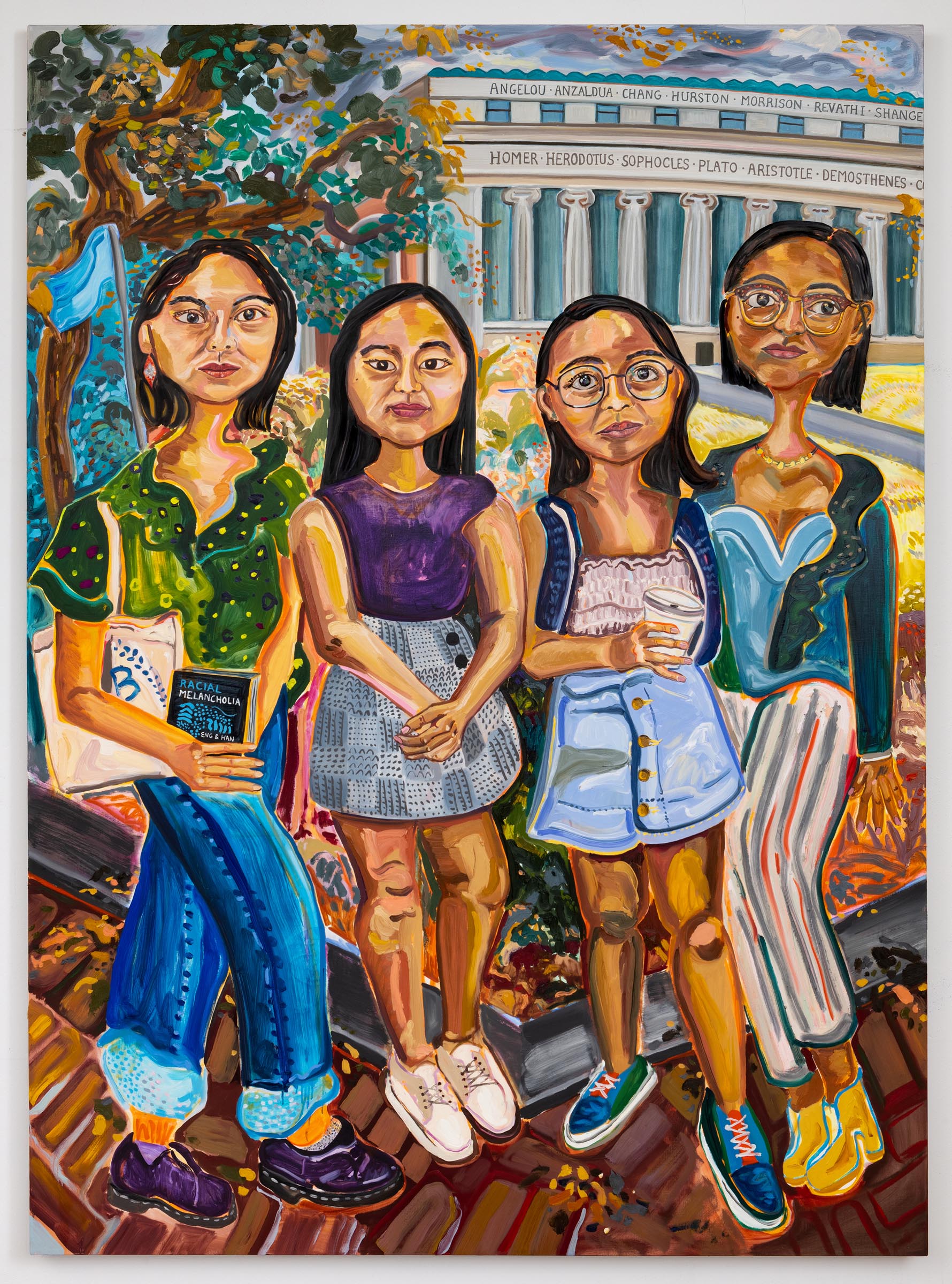 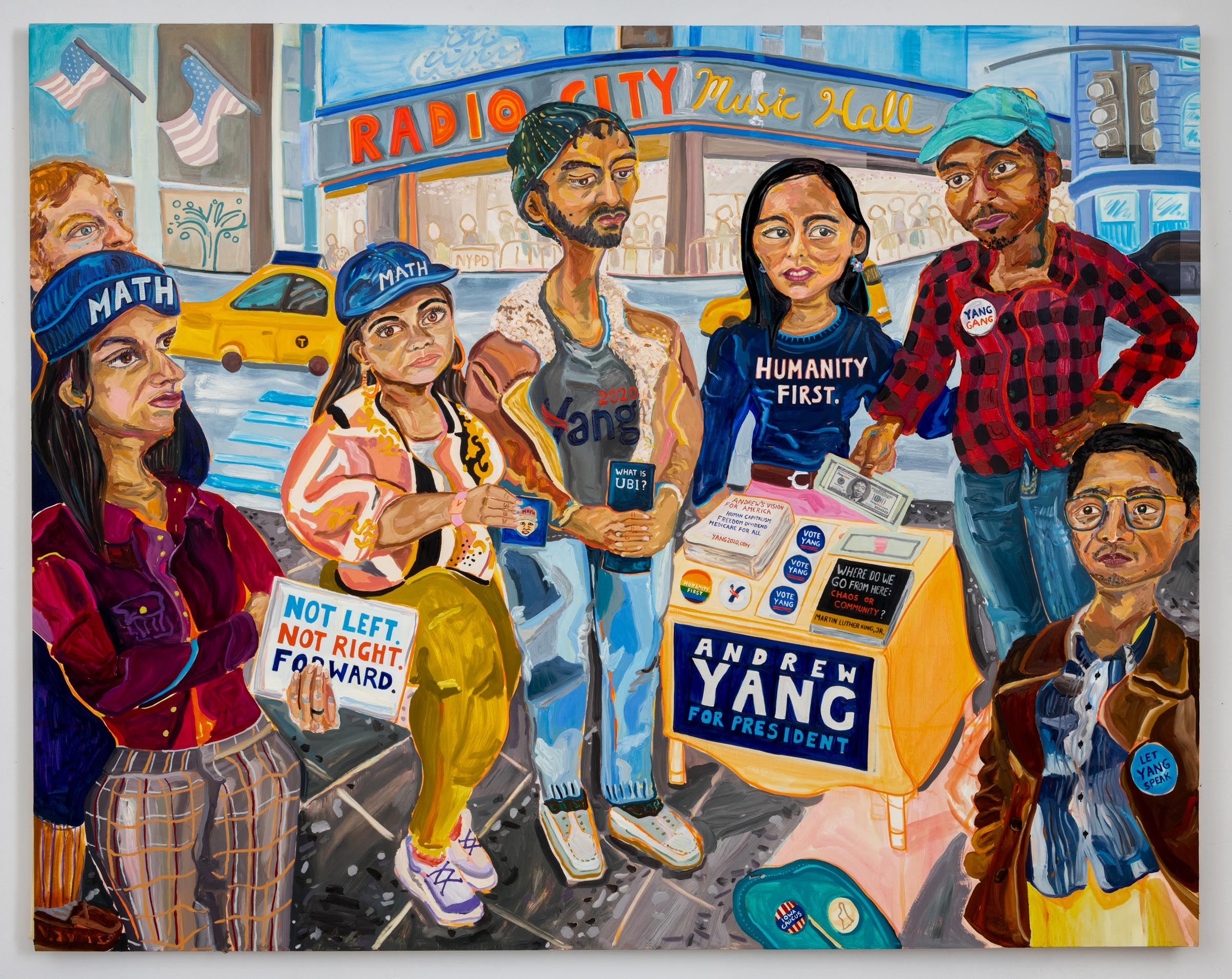 I paint in search for the meaning of home.

As a first-generation American immigrant, I create portraits of Asian Americans to survey members of my racial community to better understand the psychology of race, while readjusting my own perspectives of looking from both the lens of an ethnic majority in one part of the world to that of a minority in another. Interiors and landscapes suggest psychologies of nostalgia and dislocation, drawn from personal narratives and philosophies from The Poetics of Space by Gaston Bachelard. I often use the interior-exterior juxtaposition as a metaphor to convey themes of dissonance, duality, a search for belonging, and millennial anxieties framed by the digital world.

I come from a family of illiterate rice farmers, factory workers, and illegal immigrants turned merchants who originated from rural China and Taiwan villages. My parents immigrated to Hong Kong in the late 1980s for factory work; subsequently, I grew up between Hong Kong (a former British colony) and the United Kingdom during the Hong Kong handover. From the age of twelve, I began commuting between a small apartment in Hong Kong and an all-girls British boarding school in England on a bi-yearly basis on scholarship. For college, I moved to the United States to attend Brown University, where I received my B.A. Honors in Visual Arts and double major B.A. in International Relations (2015).

In 2019, I was a finalist for the AXA Art Prize and was also juried by Beth Rudin DeWoody and Amber Esseiva to be featured in New American Paintings No. 141 & 147. Having just graduated this Fall 2020 from Columbia University with an M.F.A. in Painting, I am now find myself painting in a garage in Hartford, Connecticut until the end of this pandemic.