On Longing cultivates a decade worth of photographic materials collected in honor of a lost visual culture prior to the Gay Liberation Movement of the 1970’s. With urgency to search for an invisible history during a time of criminality, On Longing focuses on representations of affection between coupled men in vernacular photographs ranging between photo booth prints, original black and white negatives, and yearbooks dated prior to the Stonewall Riots of 1969. On Longing is an act of preservation for artifacts of unforgettable love; the space in-between a photograph's meaning, friendship, and the complexities of masculinity. With a consideration for the dependency between LGBTQ+ American history and photography, I consider focusing on the significance of friendship as a foundation for intimacy, passing as the other, and surviving in a time of criminality for queer life.

The photographs I collect hold various layers of meaning. Some of those meanings are truly subjective in nature while they resonate with a contemporary longing for a broader cultural history. Yet, the photographs I collect hold many complexities with no specific definition due to the lack of knowledge surrounding these unknown subjects. On Longing considers what has not had space for being visible other than what is held behind the curtain of a photo booth, between age-stained pages of a yearbook or kept secret in lost canisters of film. The candles burn in memory of those depicted in the photographs and for the men I’ll never share time with as the sand holds the weight of our unstable histories acting as a reminder to the memory of those lost at the masses of AIDS and HIV. If I have discovered anything in the last decade of collecting photographs or appropriating yearbooks it's that LGBTQ+ American history is embedded in everything we have touched in this world. Echoed in the emulsion of a photograph, the American landscape, and the flame that burns in our bellies; we are everywhere.
Ryan Patrick Krueger 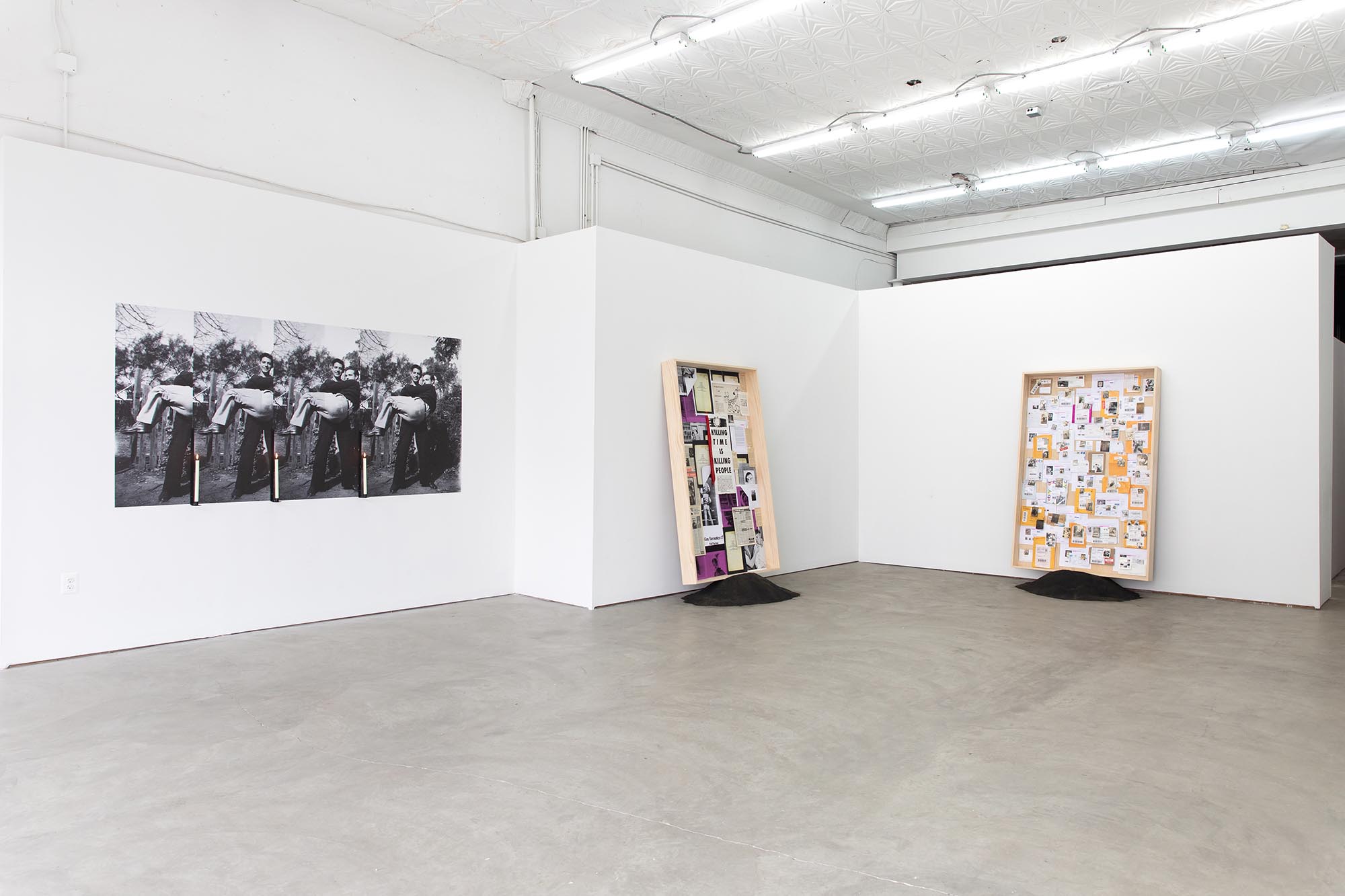 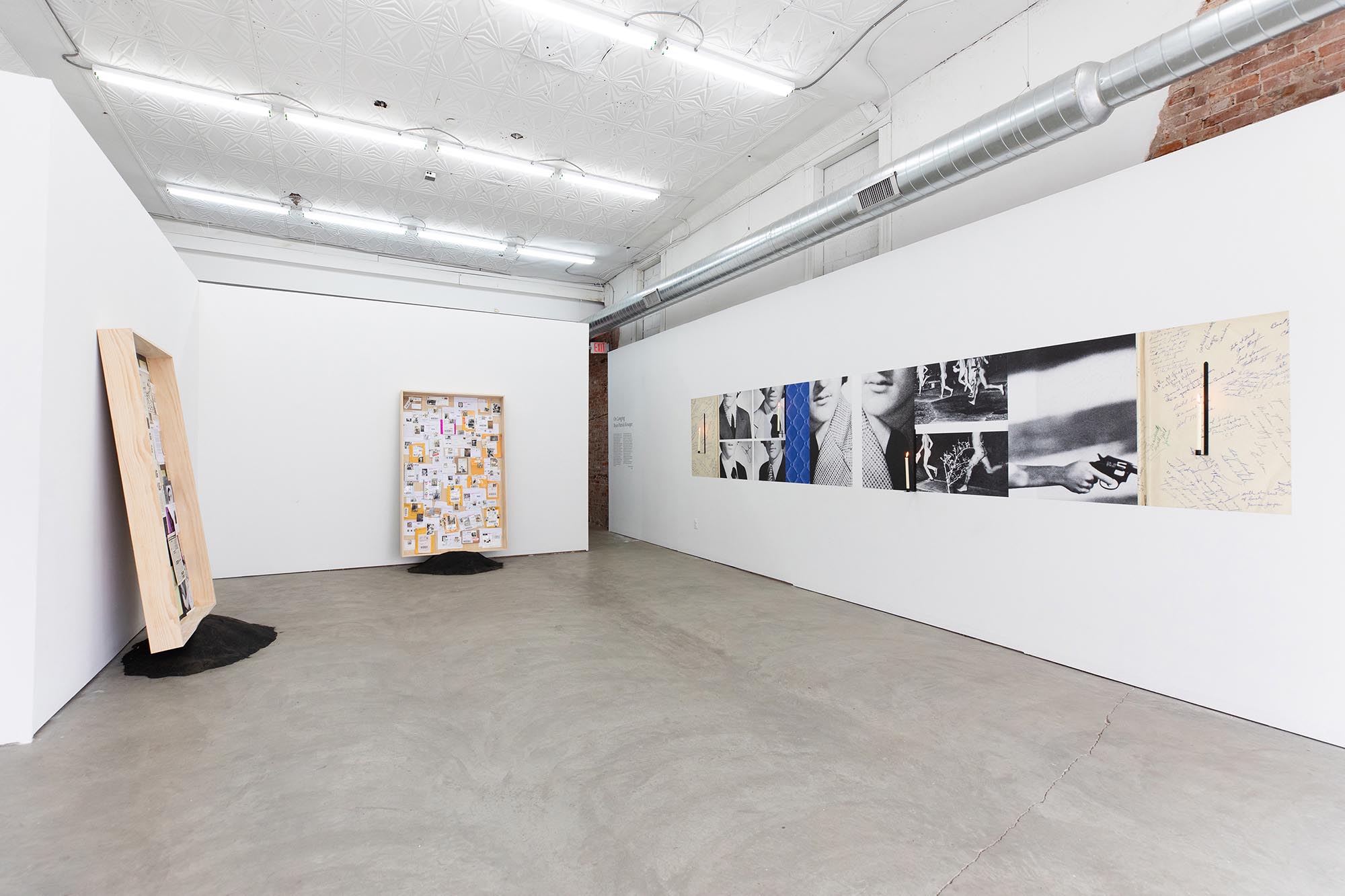 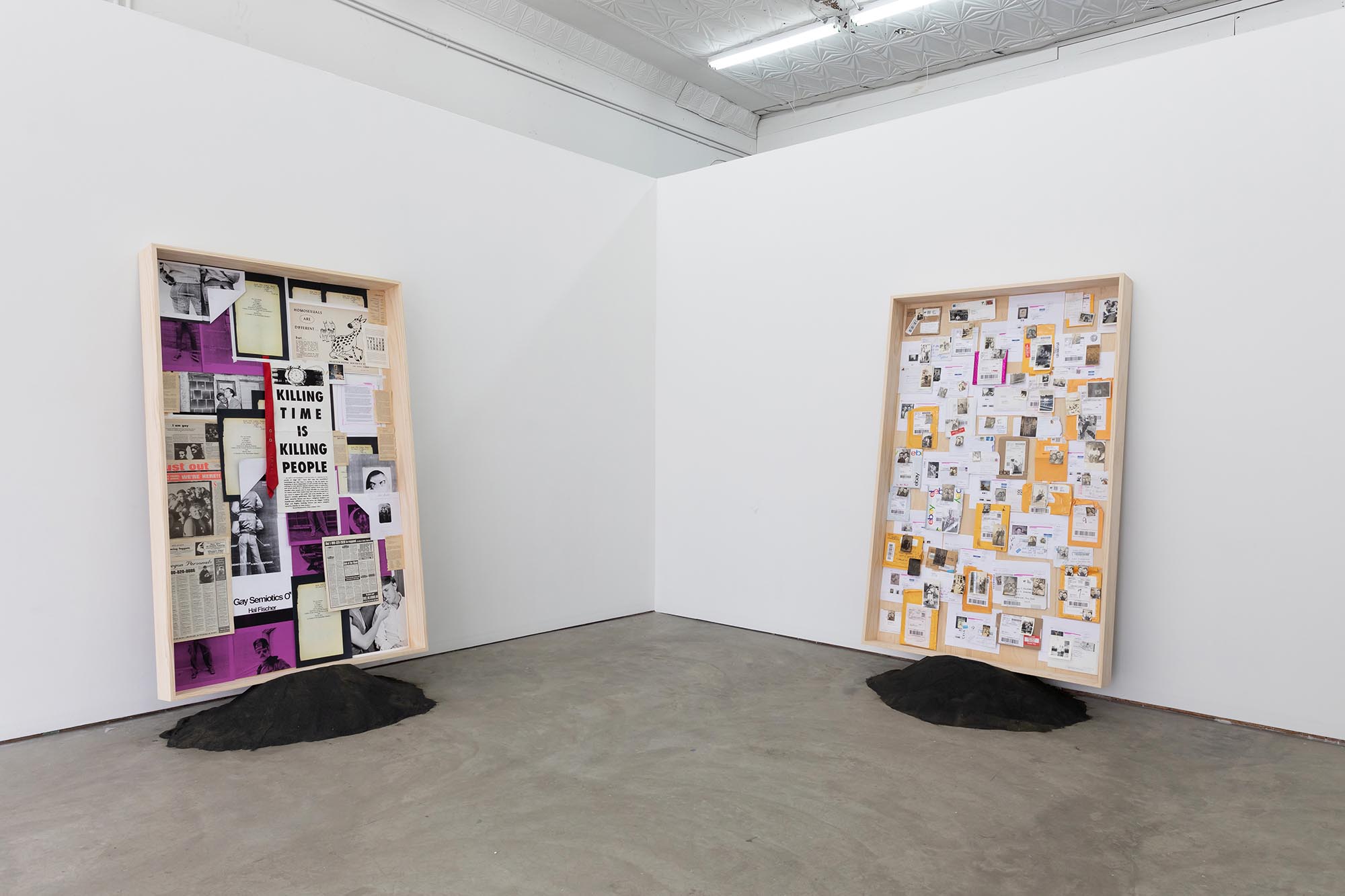 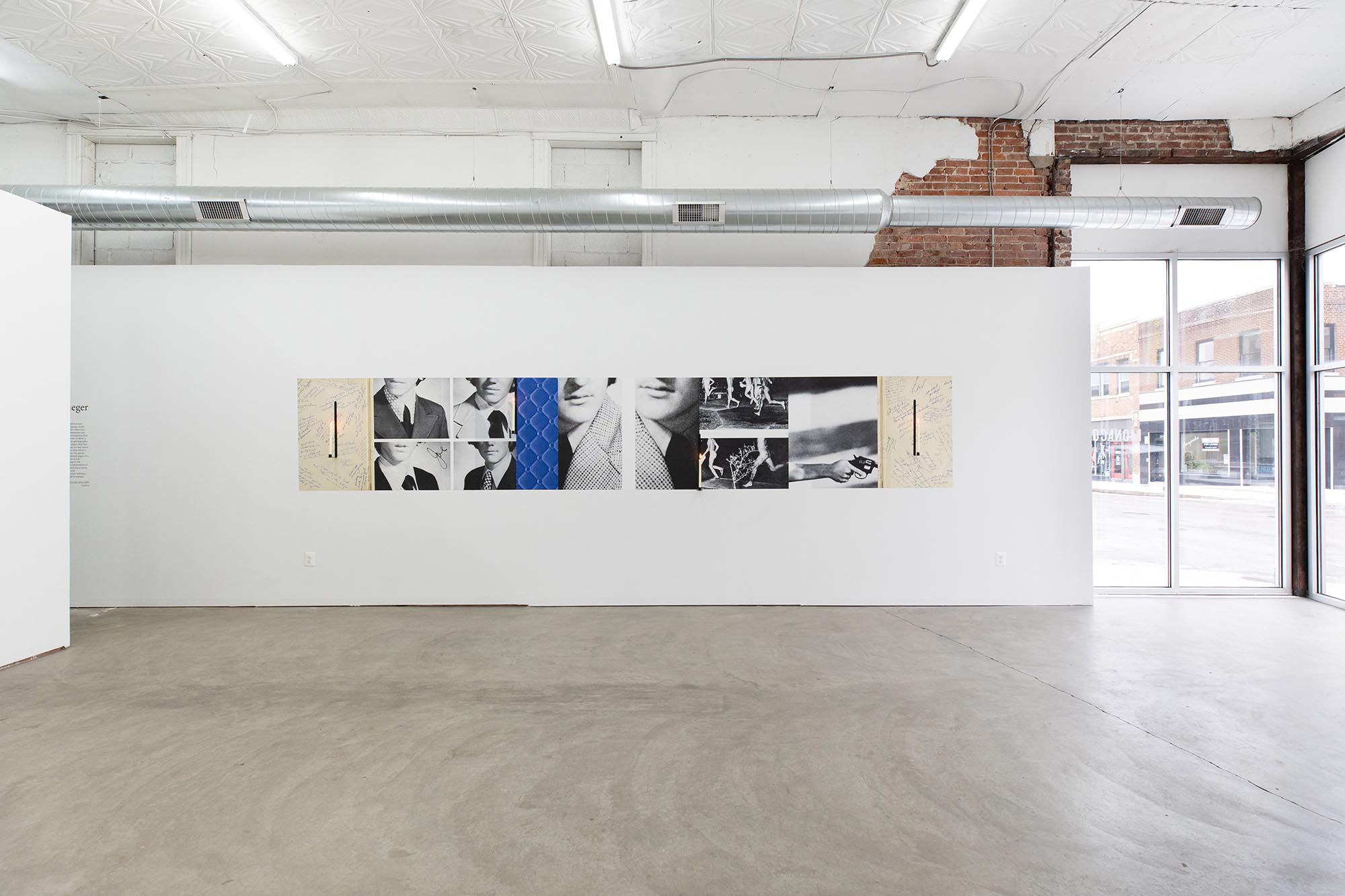 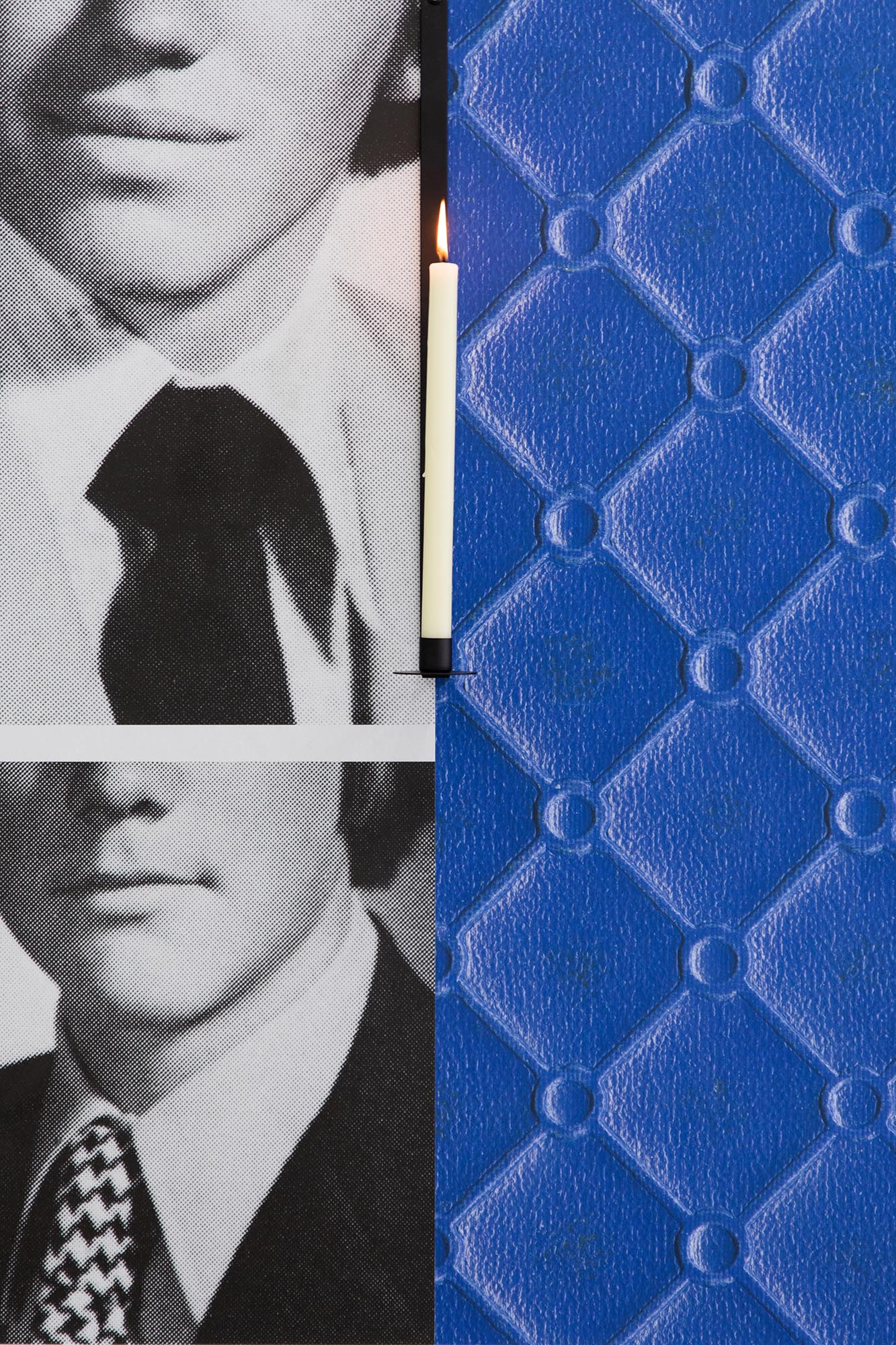 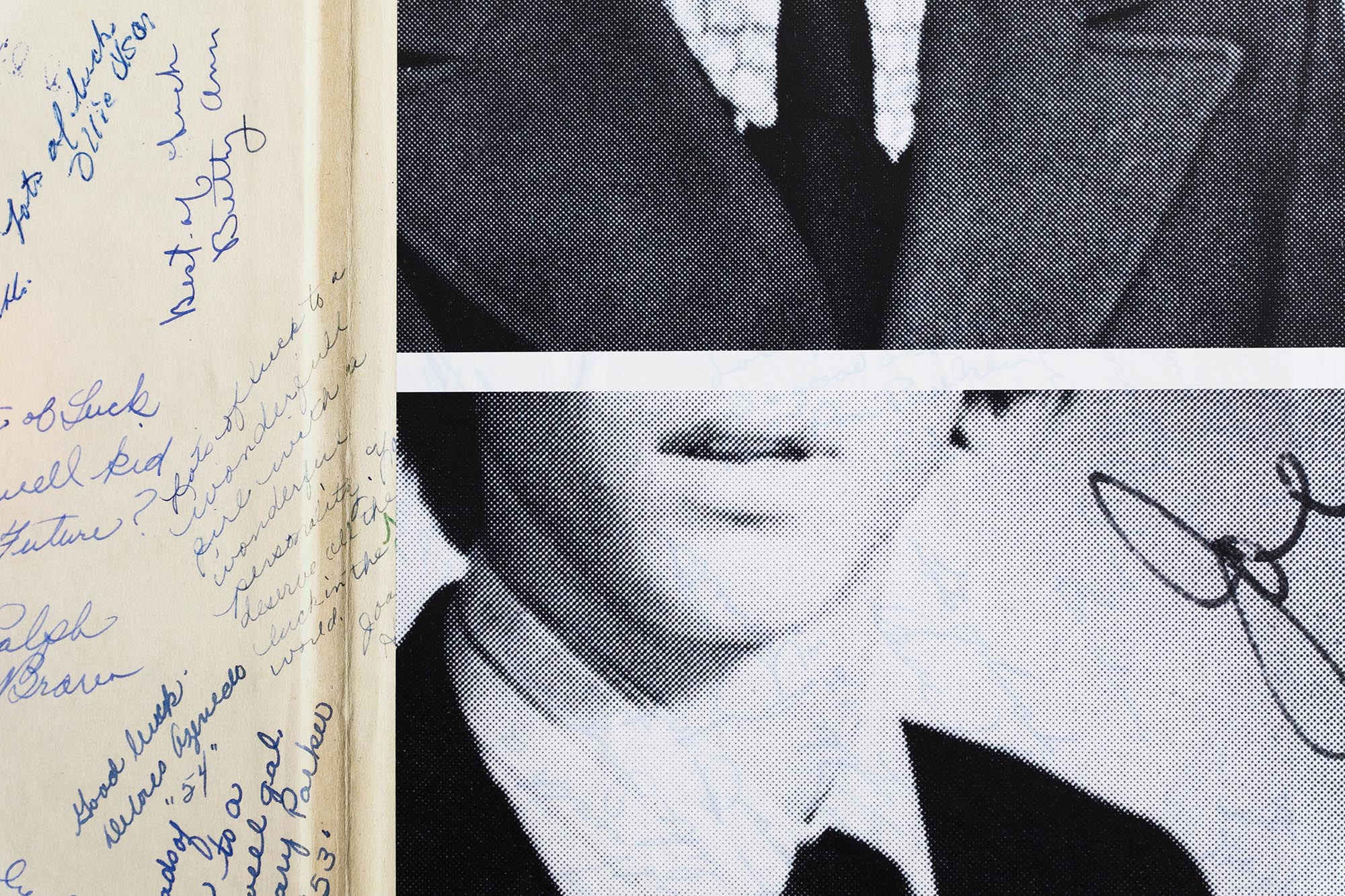 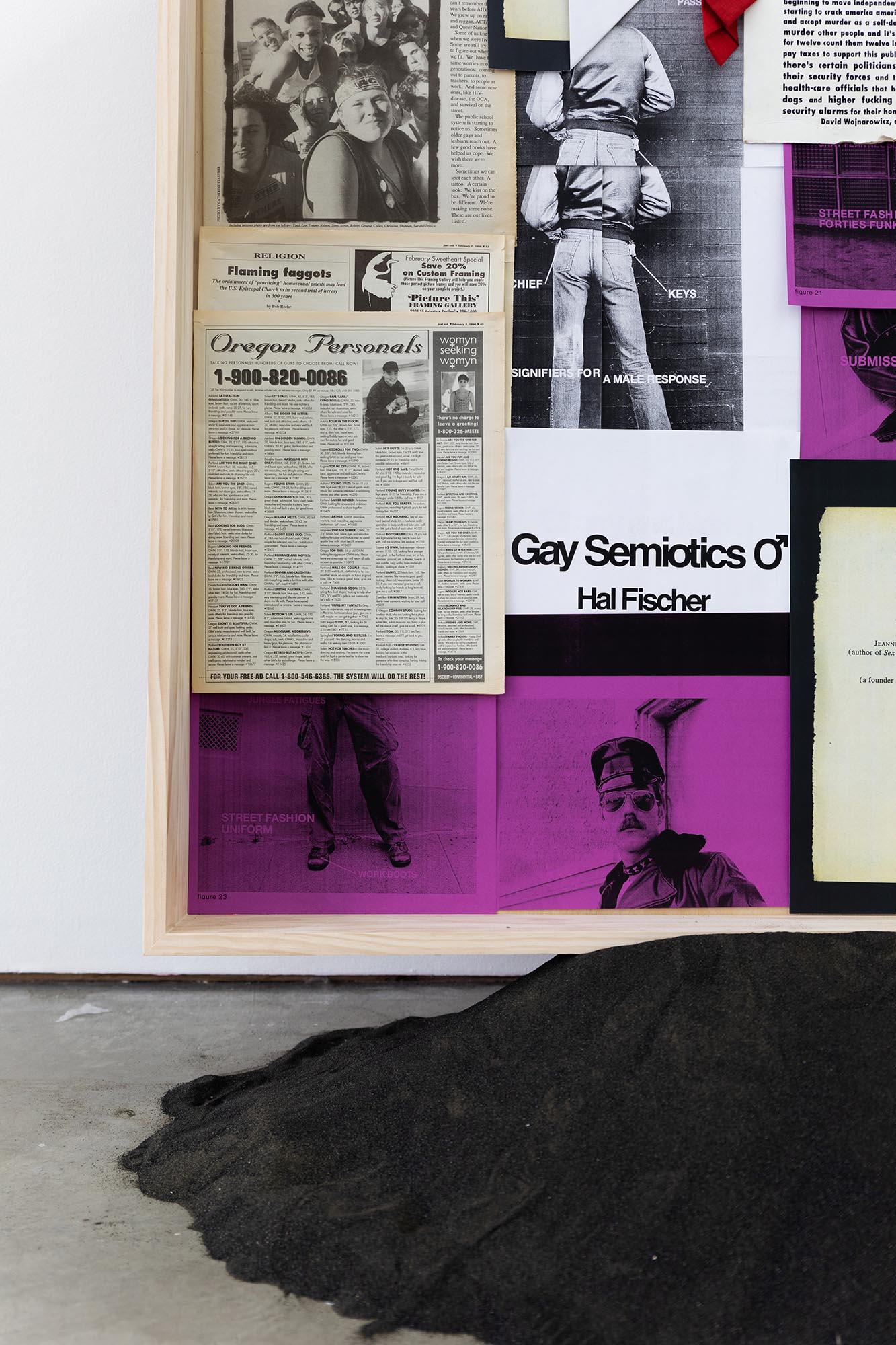 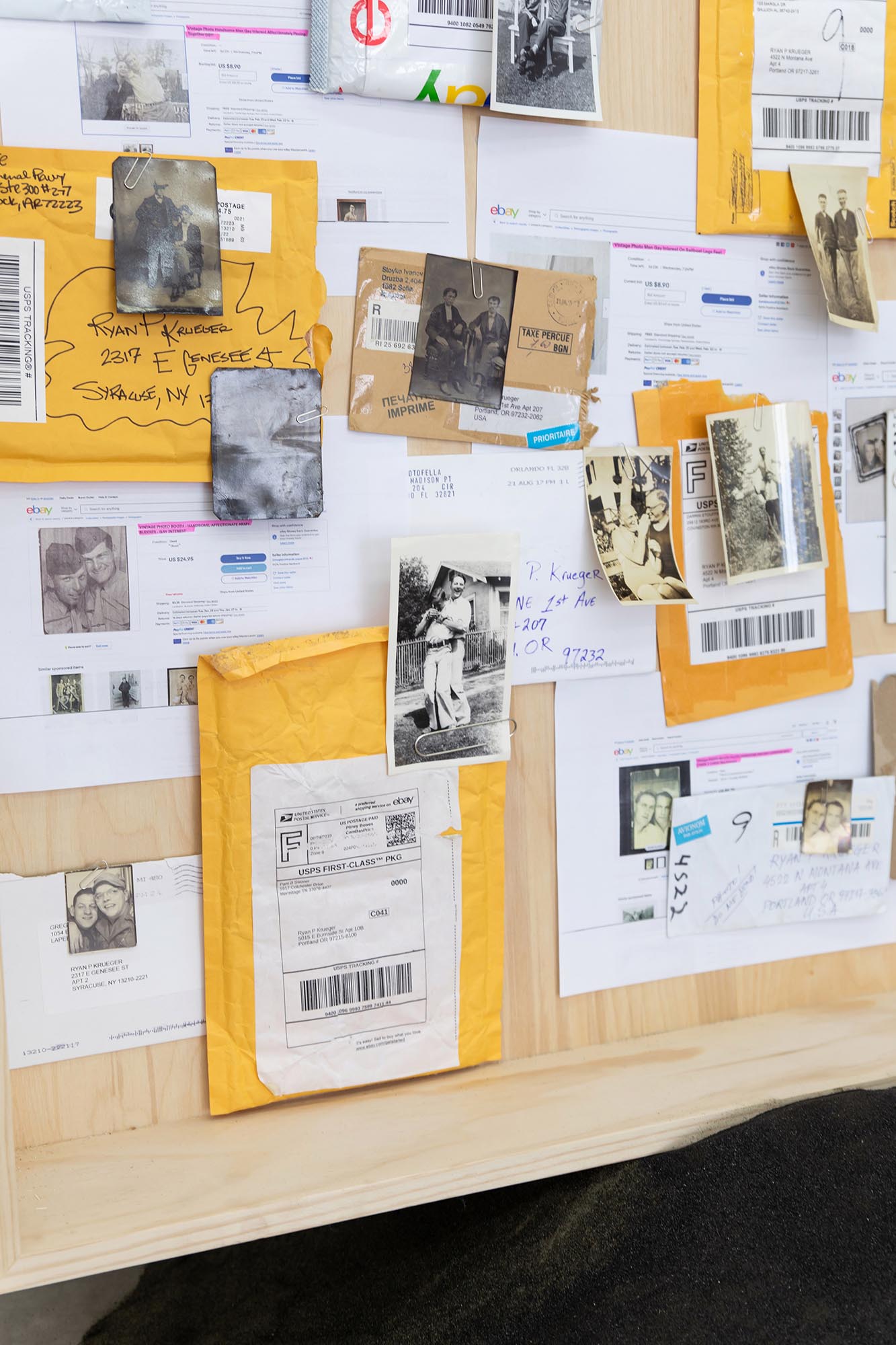 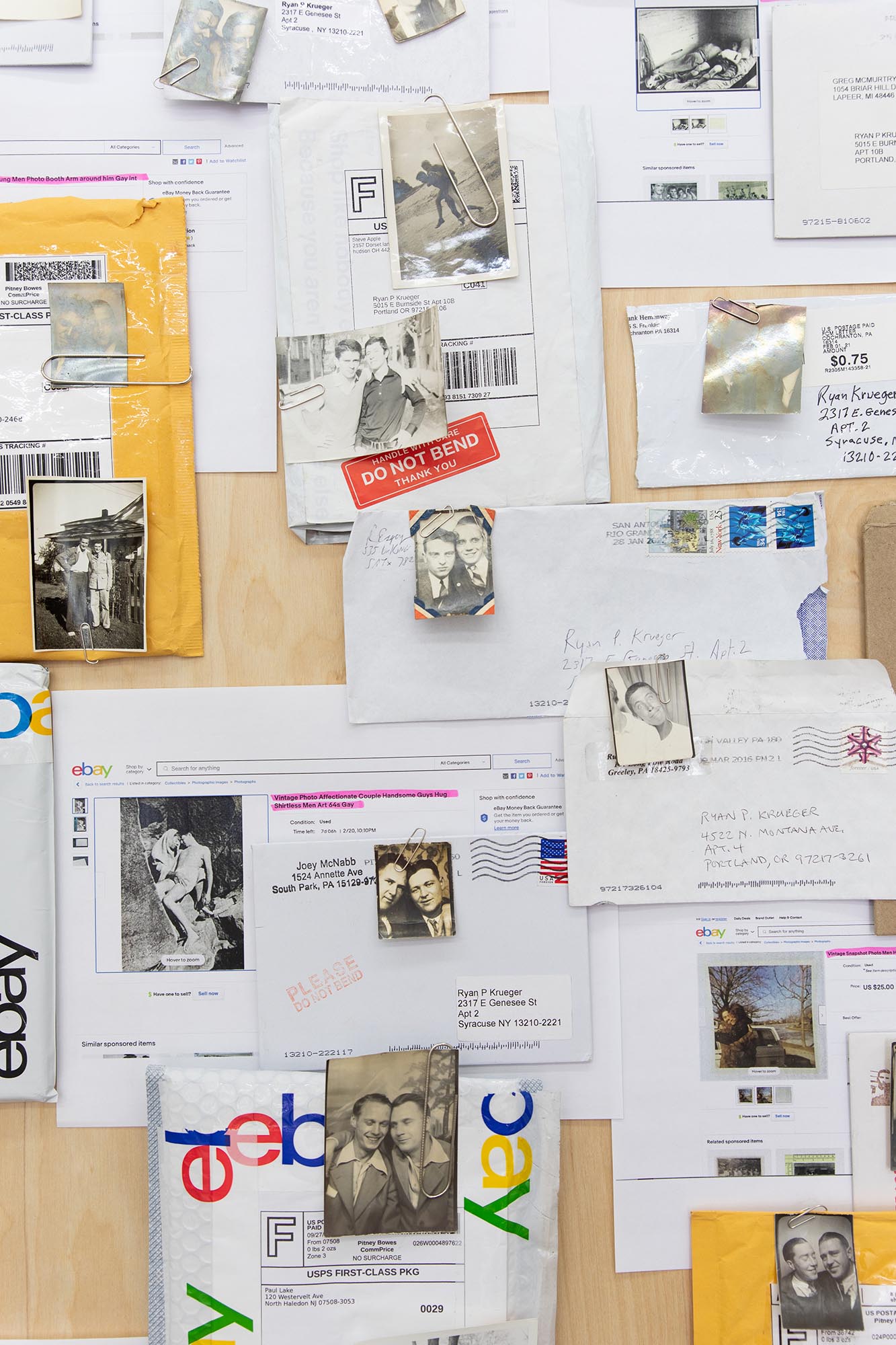 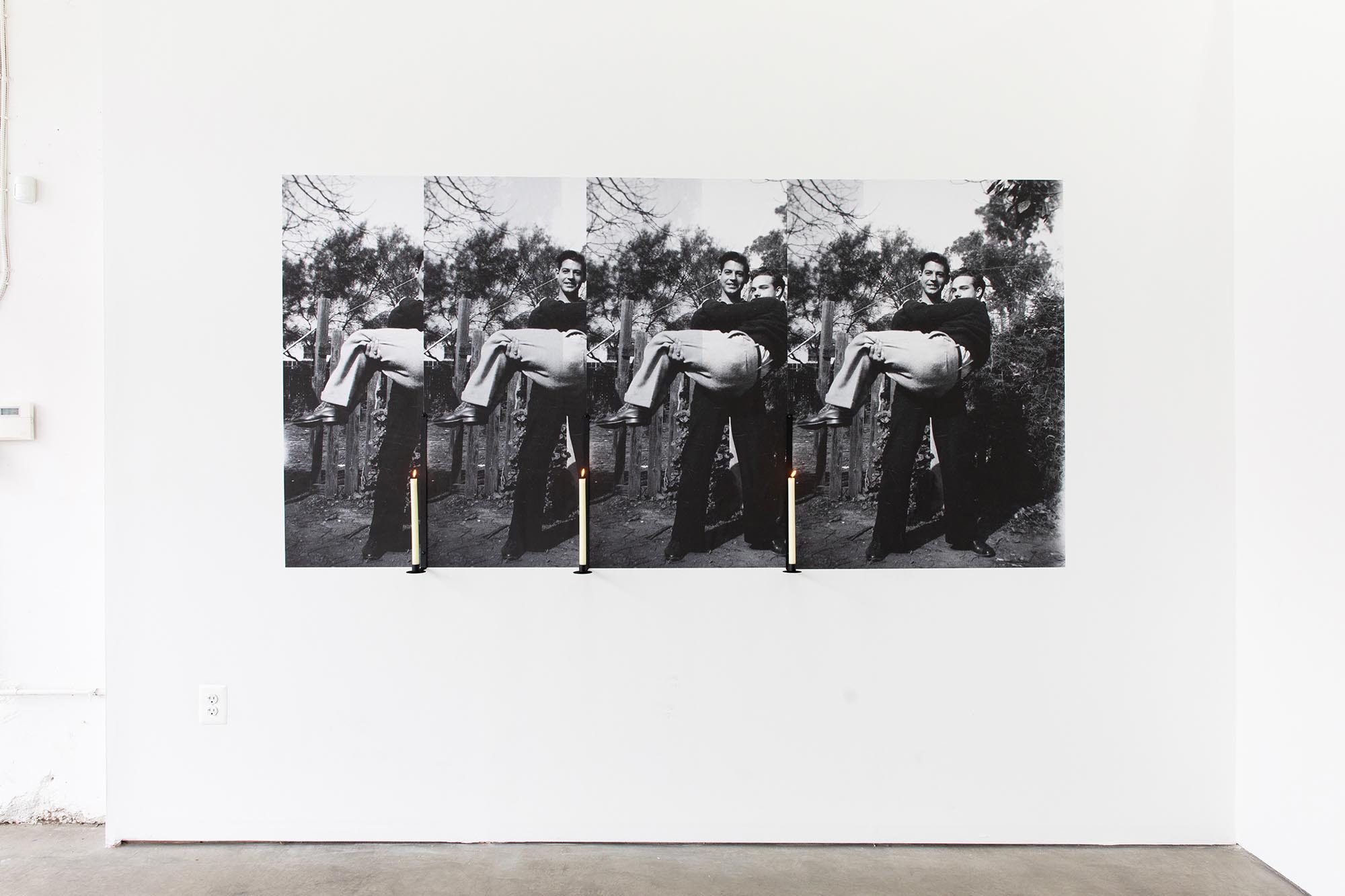 Ryan Patrick Krueger (b. 1992) is a lens based artist whose work addresses themes of masculinity and friendship. Their process includes collecting vernacular images and appropriating photographs in order to consider the intersections of LGBTQ+ American history and photography. Krueger holds a BFA from Pacific Northwest College of Art in Portland, Oregon and currently lives in Syracuse, New York, where they work as Digital Services Coordinator for Light Work, a non-profit artist-run photography organization at Syracuse University. They have curated exhibitions and held shows nationally, most notably their work in Response Response, a two person exhibition with artist and gay-rights activist Linda Kliewer (b. 1953) held in Portland, OR and Queer Moments: Selections from the Light Work Collection in Syracuse, NY.