I have come to the practice of painting from a broad educational and experiential background –drawing, design, sculpture, architecture; installation and performative projects. My artistic painting practice is rooted in process, materiality, and experimentation, and my paintings often cross the boundaries into (or spring out of) printmaking and photography methods. Over the years, I have found that while my interests and influences remain relatively consistent, it is the means through which my materials (such as but not limited to: water based emulsions, pigment, dye, modified plaster, stain, rope) function – both singularly and together – that keeps my work in a constant state of flux and evolution, which I find to be lively, freeing, and guided by intuition. Materiality guides me consciously, while my interests guide me subconsciously.

Landscape, architecture, calligraphy, and pattern making are examples of influences which cause my paintings to oscillate between the organic and geometric. These dichotomies are the most consistent aspects of my work over time, but I don’t pursue them consciously. Instead, as I work, I experiment with materials both new and old to my process, I create rules which I inevitably break due to the nature of my materials. My recent work is gestural with the barest of preconceived subject matter. The diptych paintings use a format that encourages a heightened awareness of orientation and movement: the right and left sections must somehow be reconciled to my physical handedness. I believe technique is important but a secondary concern to the finished work, much like a director not getting in the way of the narrative, allowing the visual experience to be completed in the mind of the viewer.

One particularly personal insight was revealed on a director’s symposium with LA Mama, Italy in 2015: a random movement exercise was internalized as a link between physical movement and content when painting in the studio. I started to explore left panel, right panel formats as a means to challenge my handedness, symmetry and memory. Naturally, any technique can become mannered with time and skill and so I try not to get too attached to any “signature” style. Another important dynamic helps to keep me on edge- the push and pull to be descriptive. I’m good at the intersection between abstraction and figuration and when there’s a story I want it told by paint and color, subjectively. I work from degraded photocopies and pencil sketches of things I find interesting and mundane on leisurely walks. This can make it easier to interpret “reality” into an abstract analog. 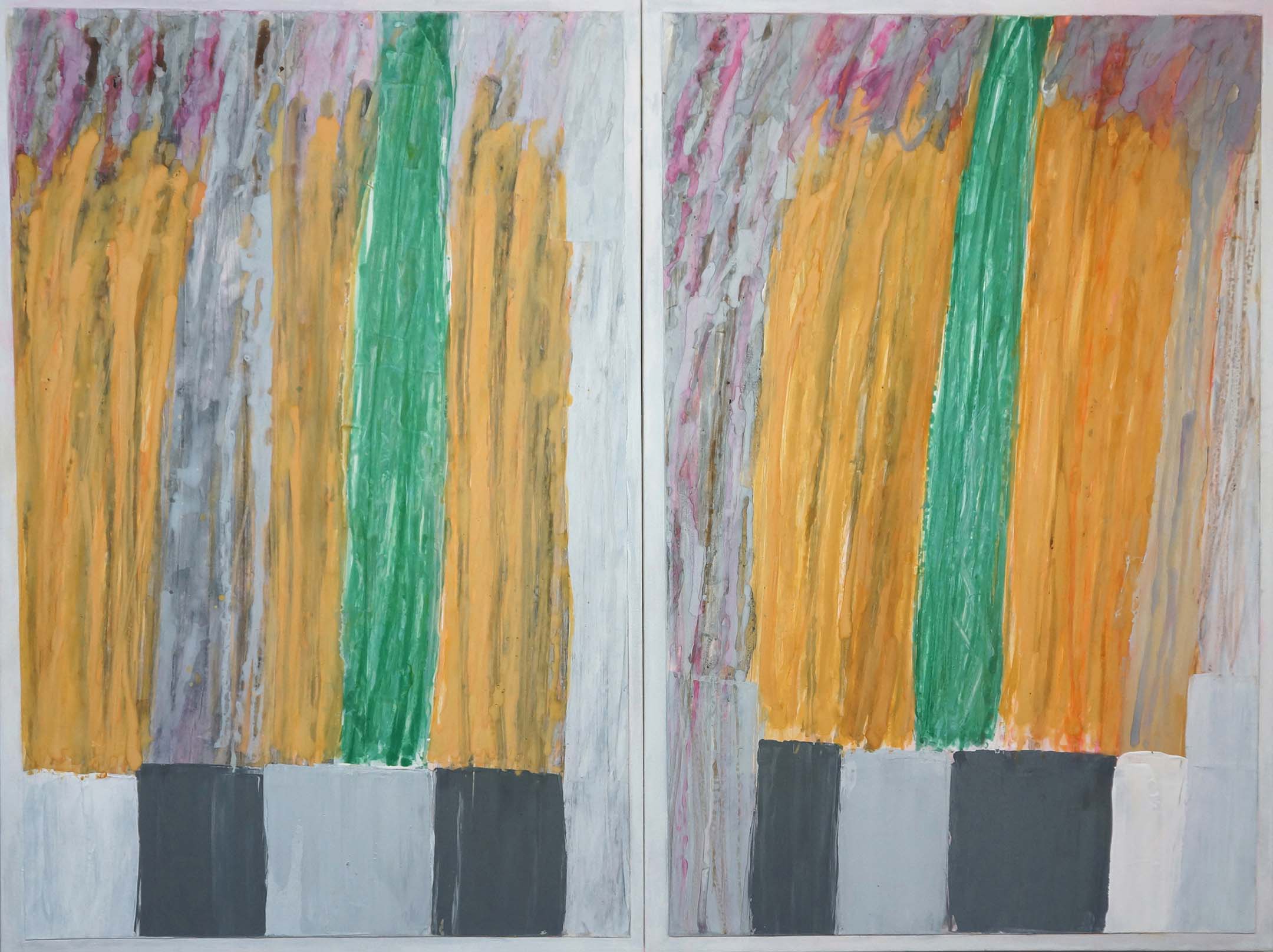 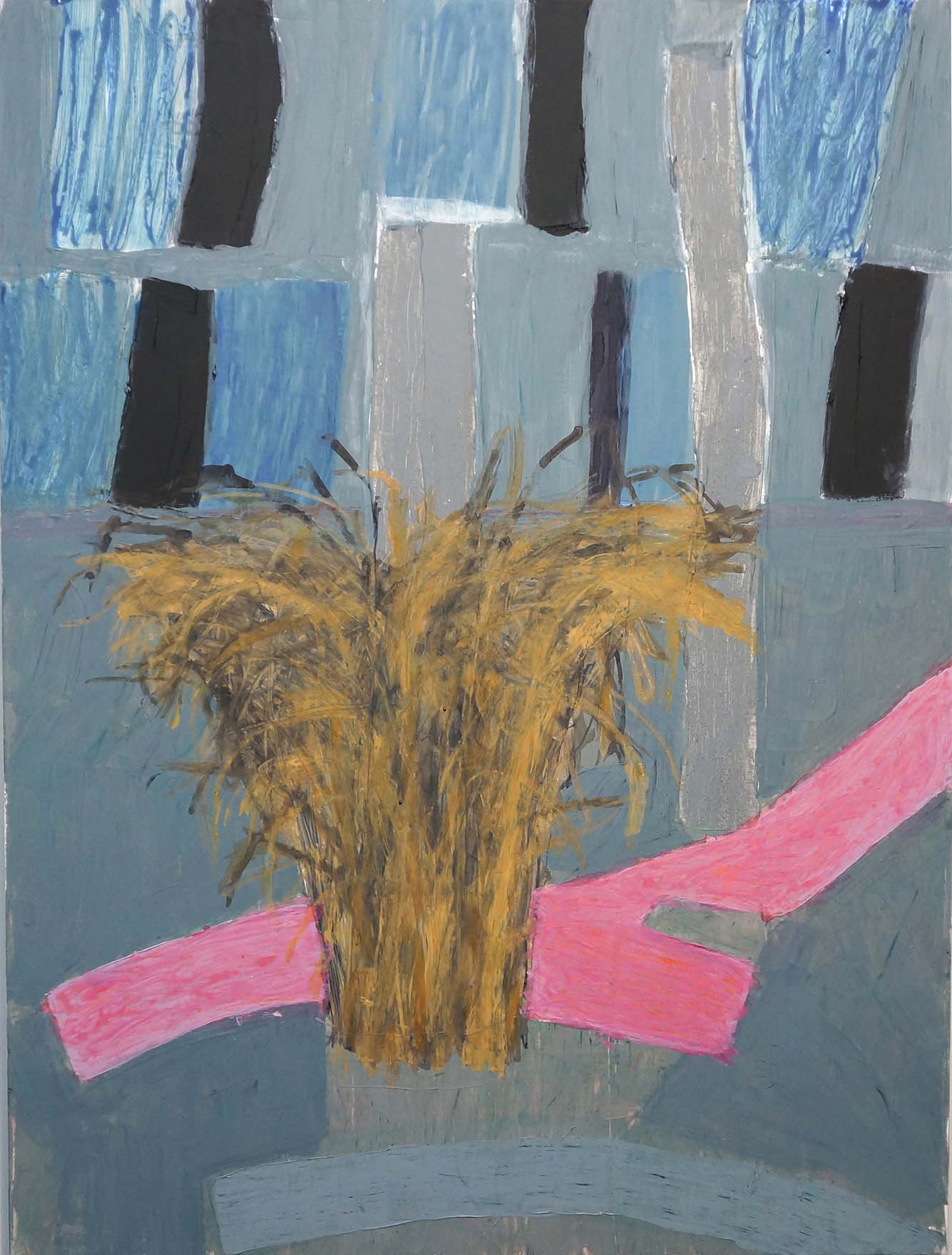 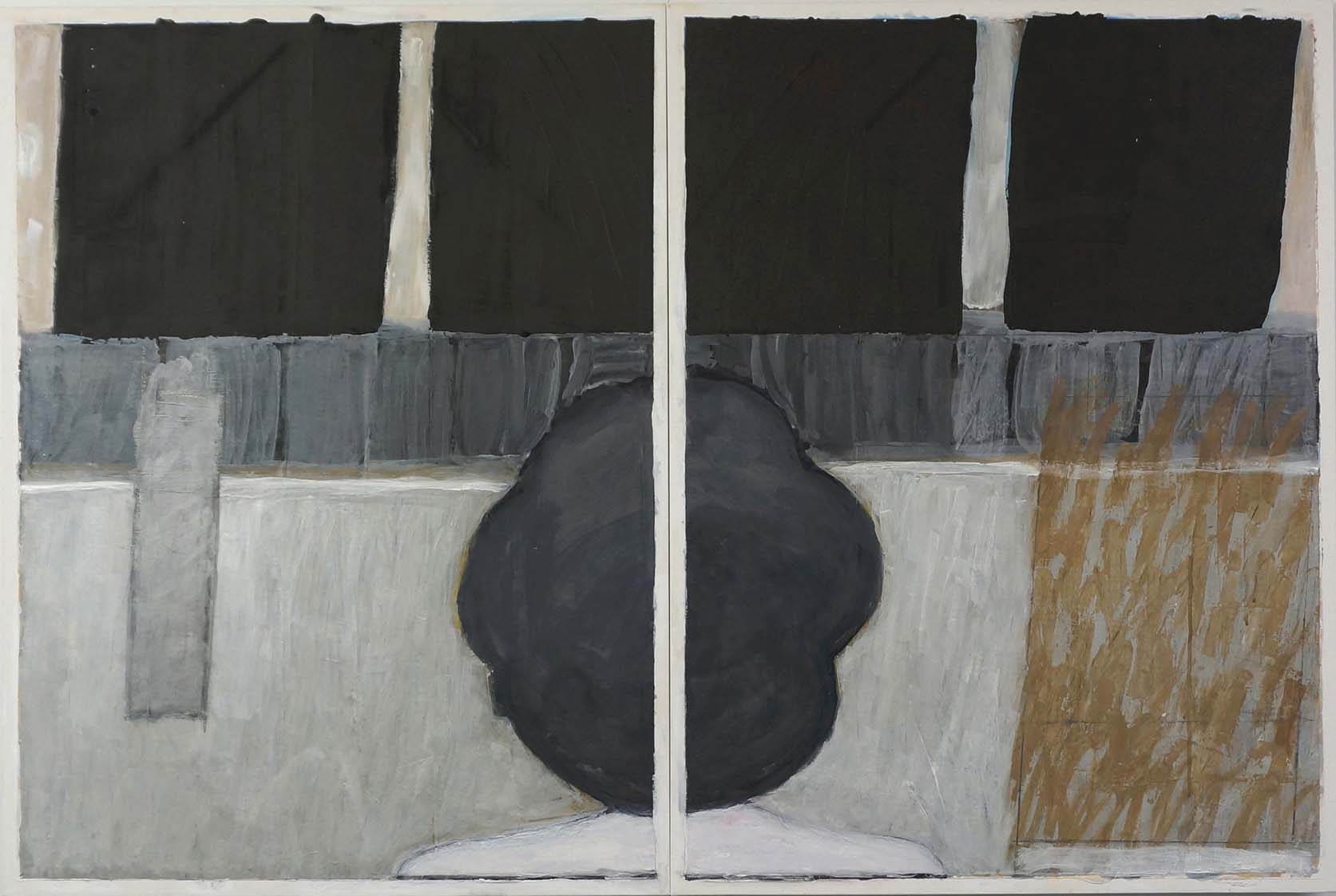 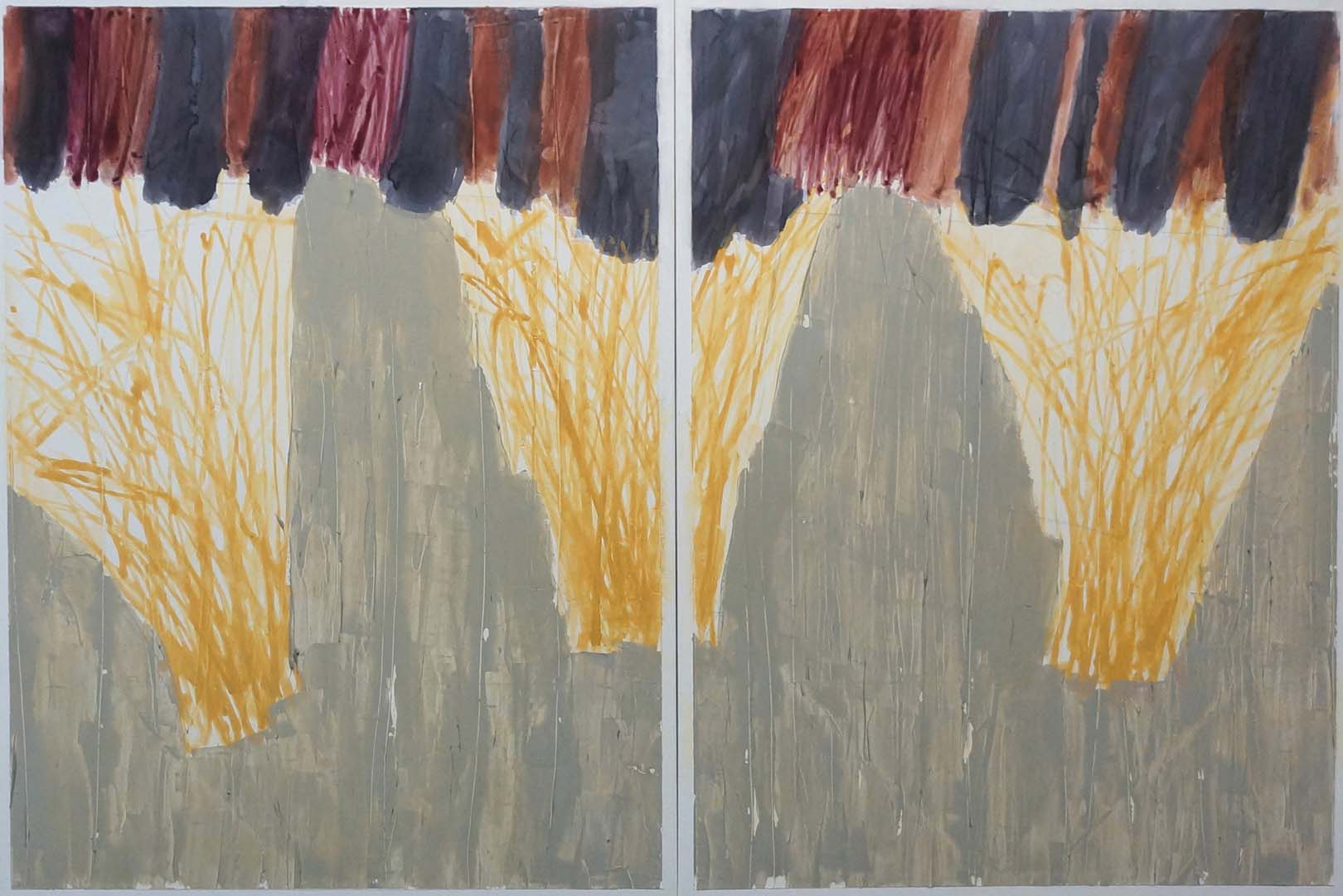 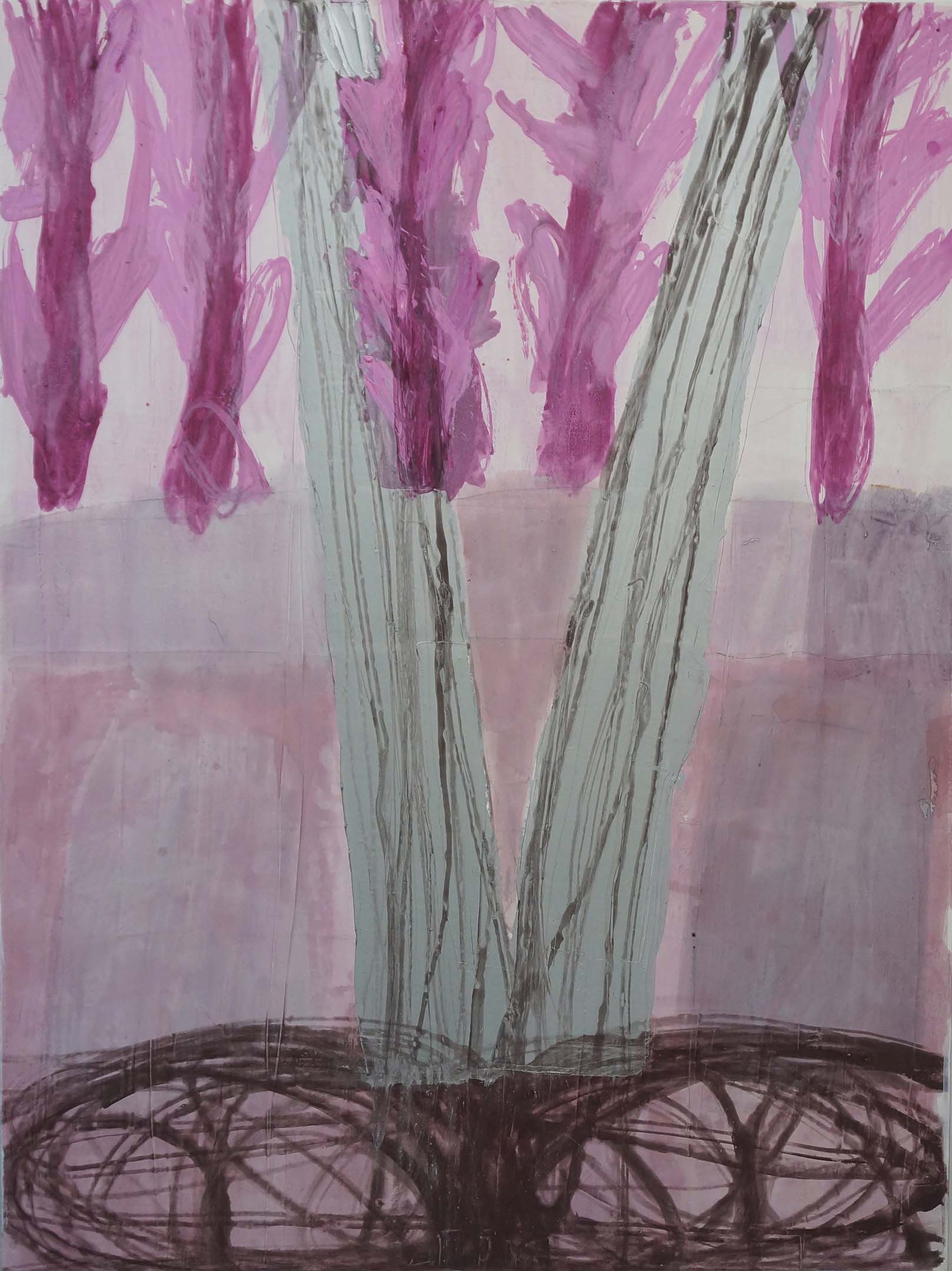 Robert Solomon, artist and designer, was born and raised in Philadelphia, PA, where he lives and works. Robert earned his Bachelor of Arts from Pennsylvania State University, and has completed graduate work in Architecture at University of California (Los Angeles), as well as graduate work in Sculpture at Tyler School of Art, Temple University (Philadelphia). He has exhibited widely across the United States, particularly along the east coast, and has had several one-person shows, most notable and recent of which were at Bahdeebahdu in Philadelphia, PA, Lawrence Gallery of Rosemont College in Bryn Mawr, PA, and the Grand Opera House in Wilmington, DE. Robert’s work has been included in several private collections and public institutions, and he has participated in several residencies such as the Directors Workshop Residency in Spoleto, Italy, the Vermont Studio Center, and the BAU Institute in Otranto, Italy. Robert has been an active member of several artist organizations in Philadelphia, including InLiquid, Da Vinci Art Alliance, Center for Emerging Visual Artists, and SAGE Projects, and was an original member of Nexus Gallery, as well as the founder and artistic director of Advocates for Public Art, LLC. He has curated exhibitions at Nexus Gallery, SAGE Projects, and Rowan University Art Gallery, among others. Robert’s furniture design work has been licensed to EuroPine, Ltd, and Roche Bobois, and his professional studio art practice continues to thrive alongside his evolving repertoire with work in inter-disciplinary art such as his recent venture into directing a collaborative dance adaptation of "Red Riding Hood” at the Neighborhood House in Philadelphia.

Robert Solomon is an active member of The Painting Center, NYC since October, 2017; a continuing member of Inliquid, Philadelphia PA and member of CFEVA, Center for Emerging Visual Artists, Philadelphia, PA.