I am always putting icons through the ringer. My drawings and sculptures explore a complicated relationship to heroic men of the past, focusing on their objects and iconography in a way that simultaneously builds up and tears down these obscured historical figures. Bygone athletes and musicians are alternately rendered and subsumed through labor-intensive processes of drawing, casting, crating, and erasure. Figures are reimagined as monuments in the process of being fabricated, as talismans from the past, as crates to protect absent forms, or as geodes that are cut apart.

Recent large-scale drawings are depictions of unfinished monuments – hypothetical sculptures that are in the process of being carved out of stone. They are derived from the figures adorning sports cards, but at the same time, the physicality of these surfaces are influenced by sources like the Golem myth culled from my own Jewish heritage, the calcified figures of Pompeii, Michelangelo’s “Slave” sculptures, and Swamp Thing. Sometimes my own collections of antiquated media become the anti-heroic subject. Stacks of old records and comic books, for example, have a pathos and formal structure that transforms into a cavity-filled topography.

I like to think about my old favorite things as if they are encased in stone or carbonite or ice. Drawing then becomes a way to “carve away” to find the underlying source again, to see old heroic forms in a new way. The spectacle of the unfinished or calcified remnant serves for me as a metaphor for a faltering hegemony. They are heavy forms depicted on wafer-thin surfaces. They are full images of eroding things. 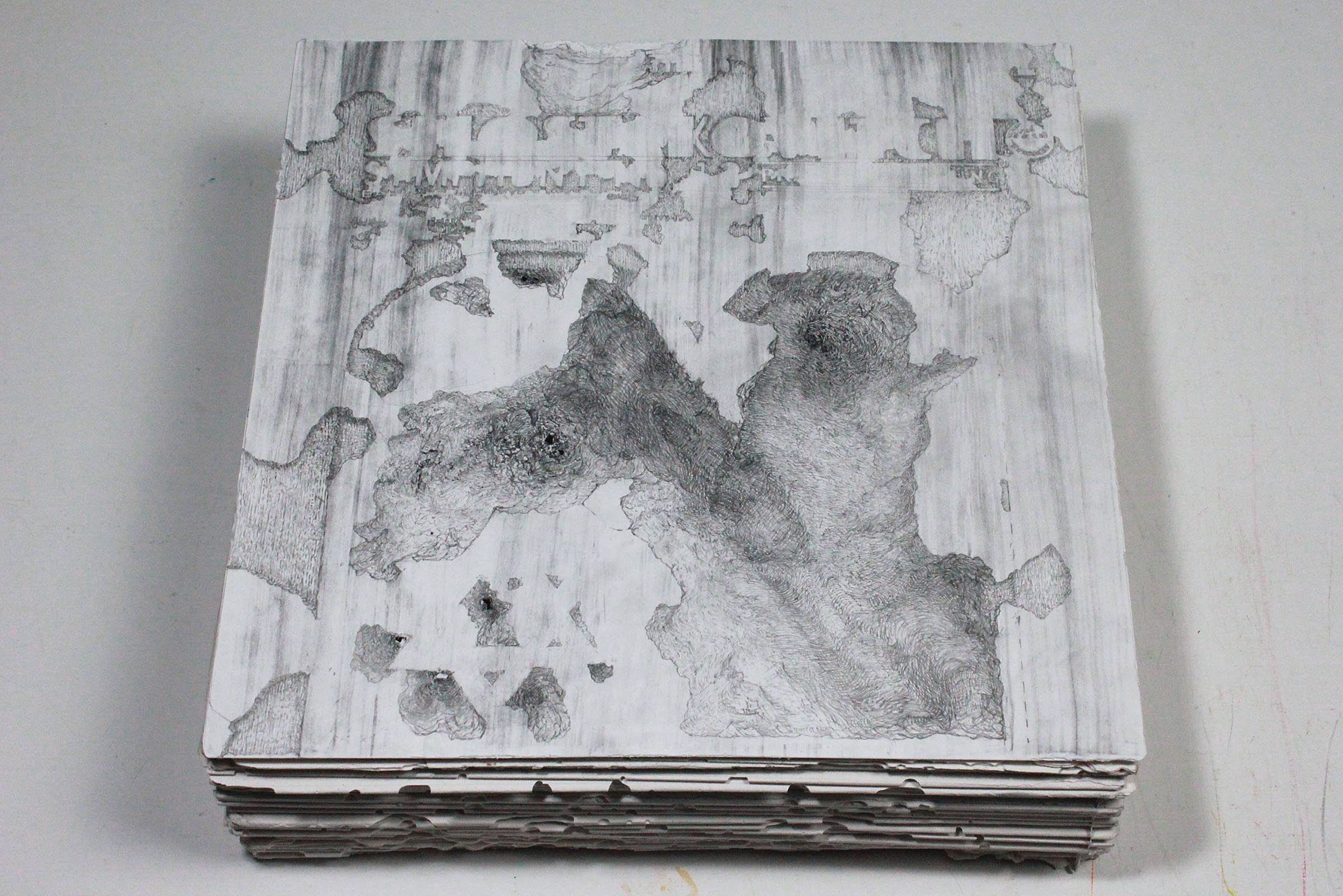 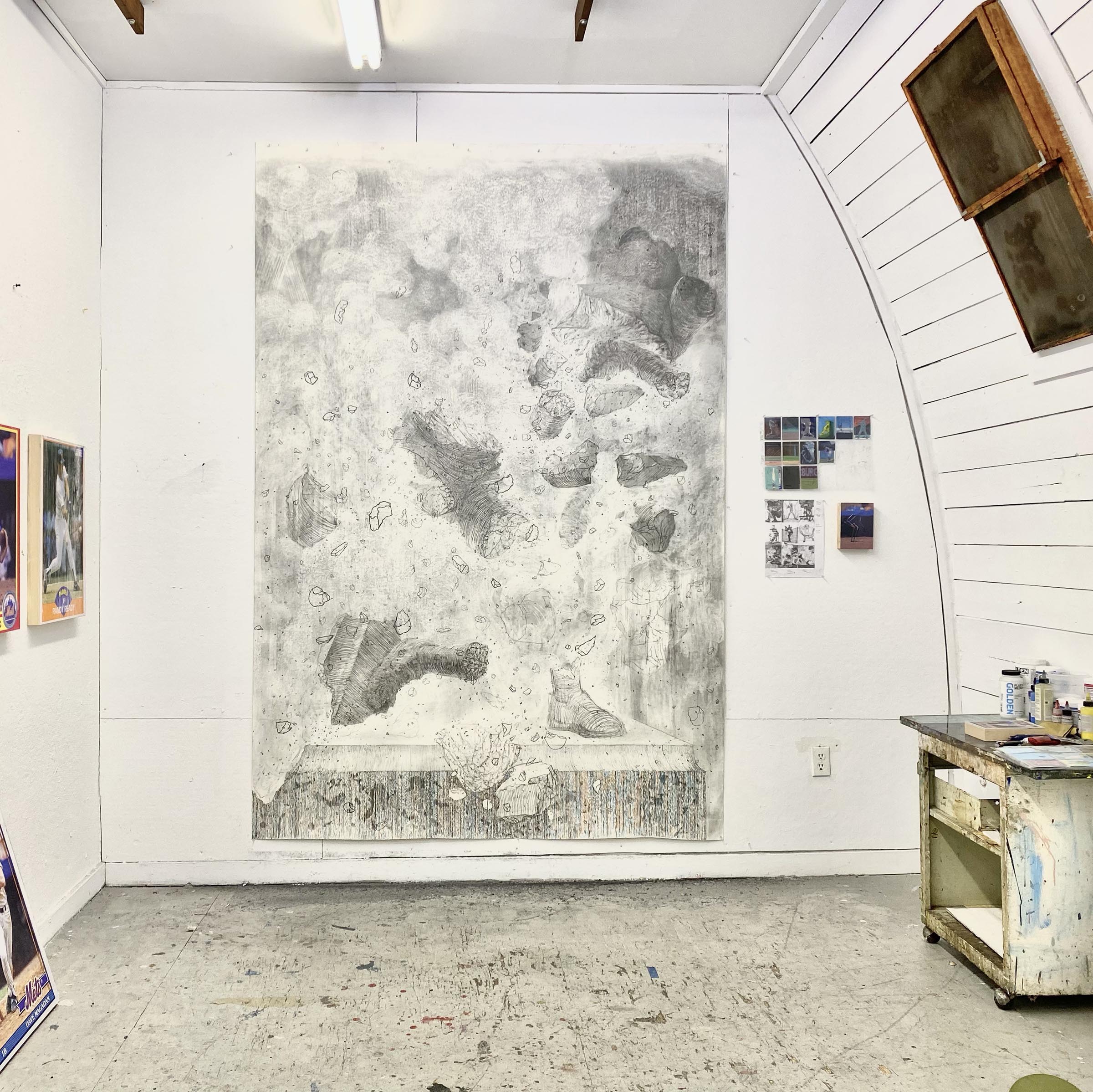 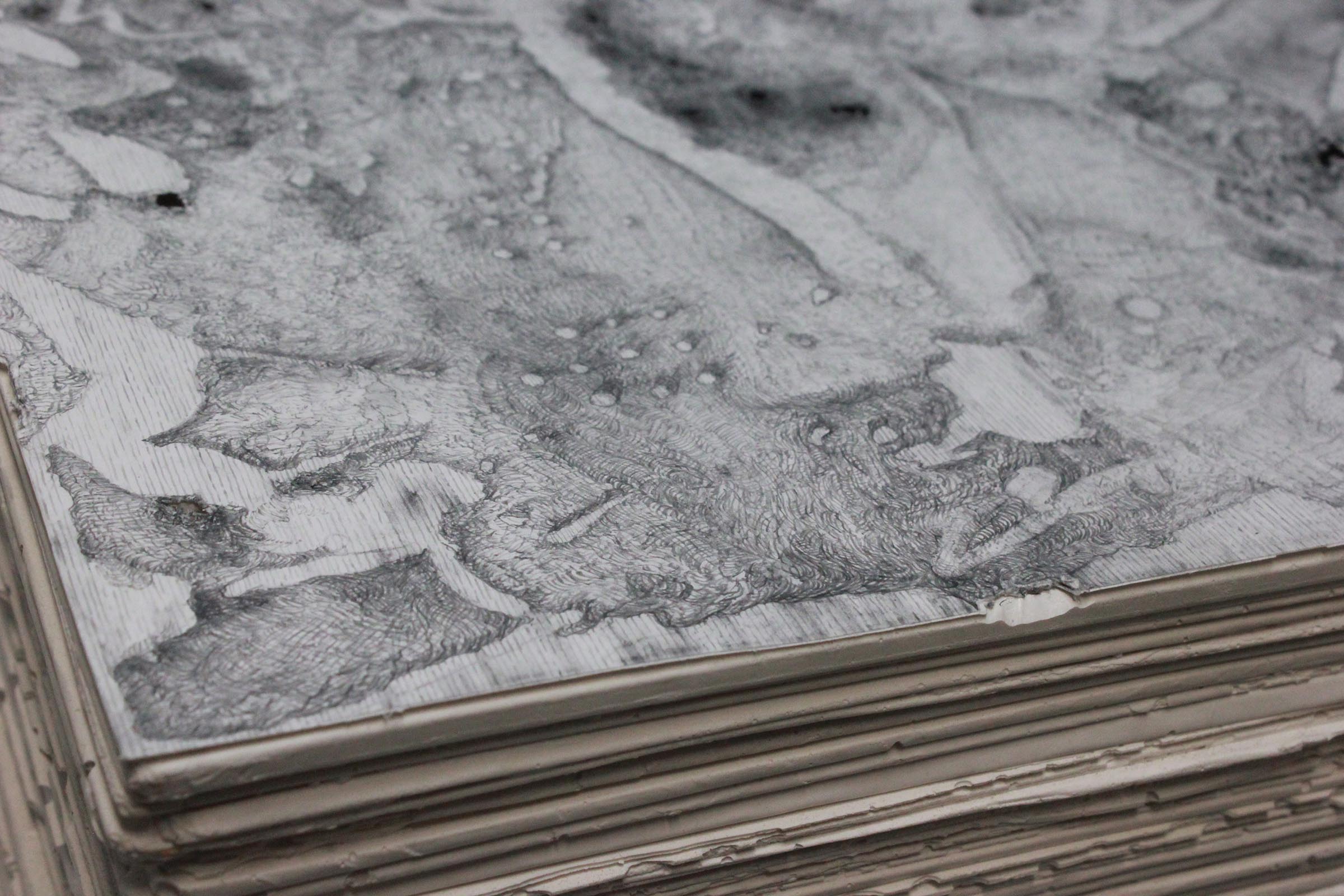 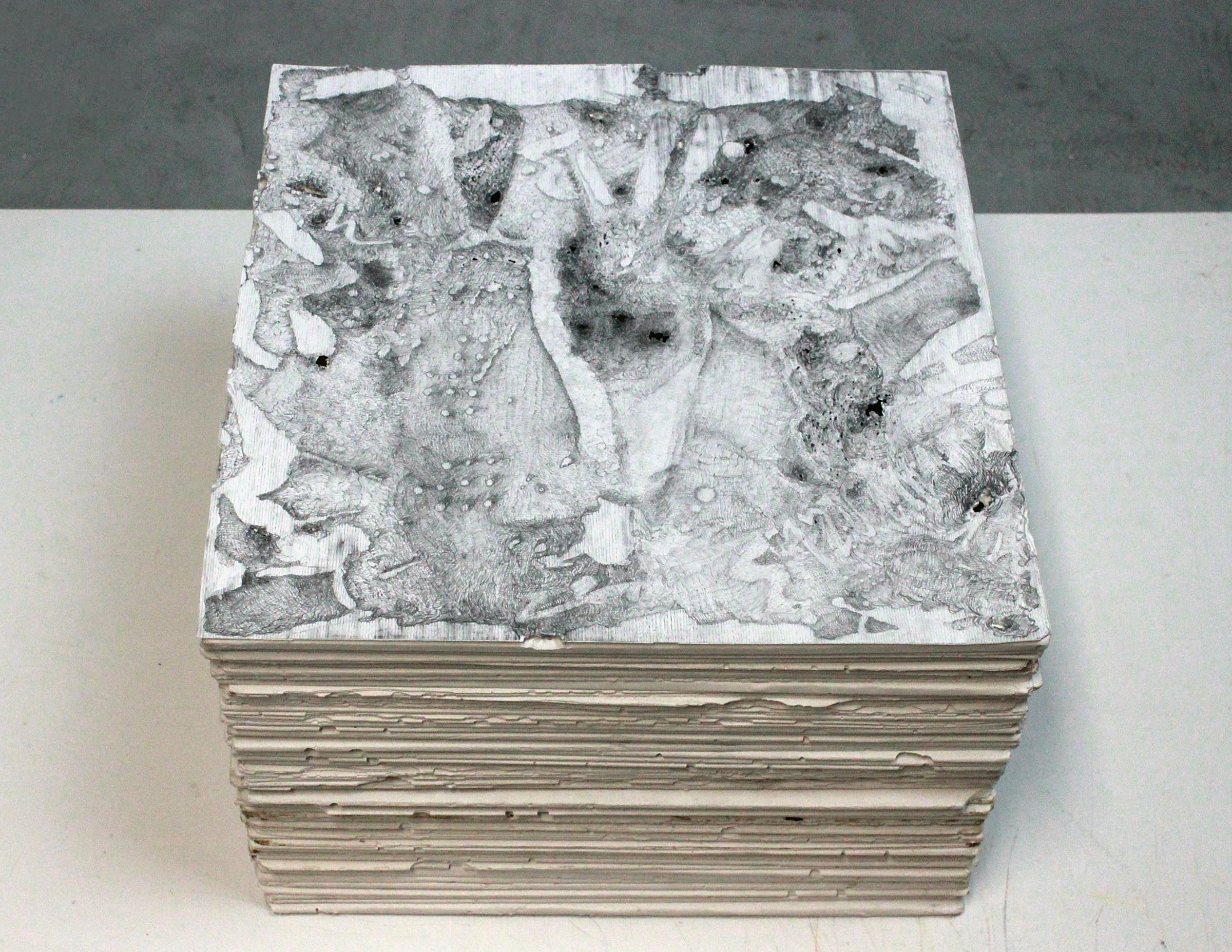 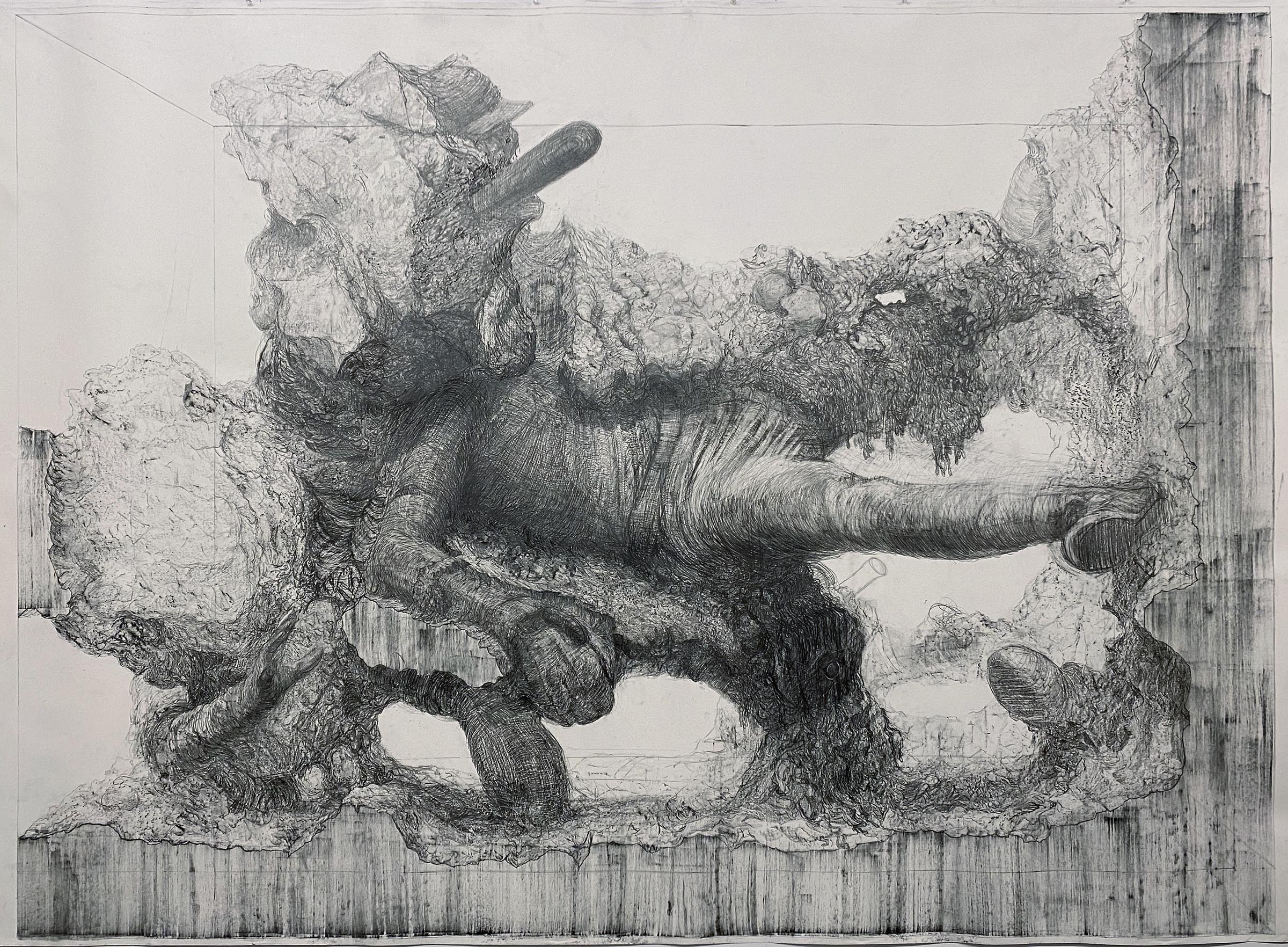 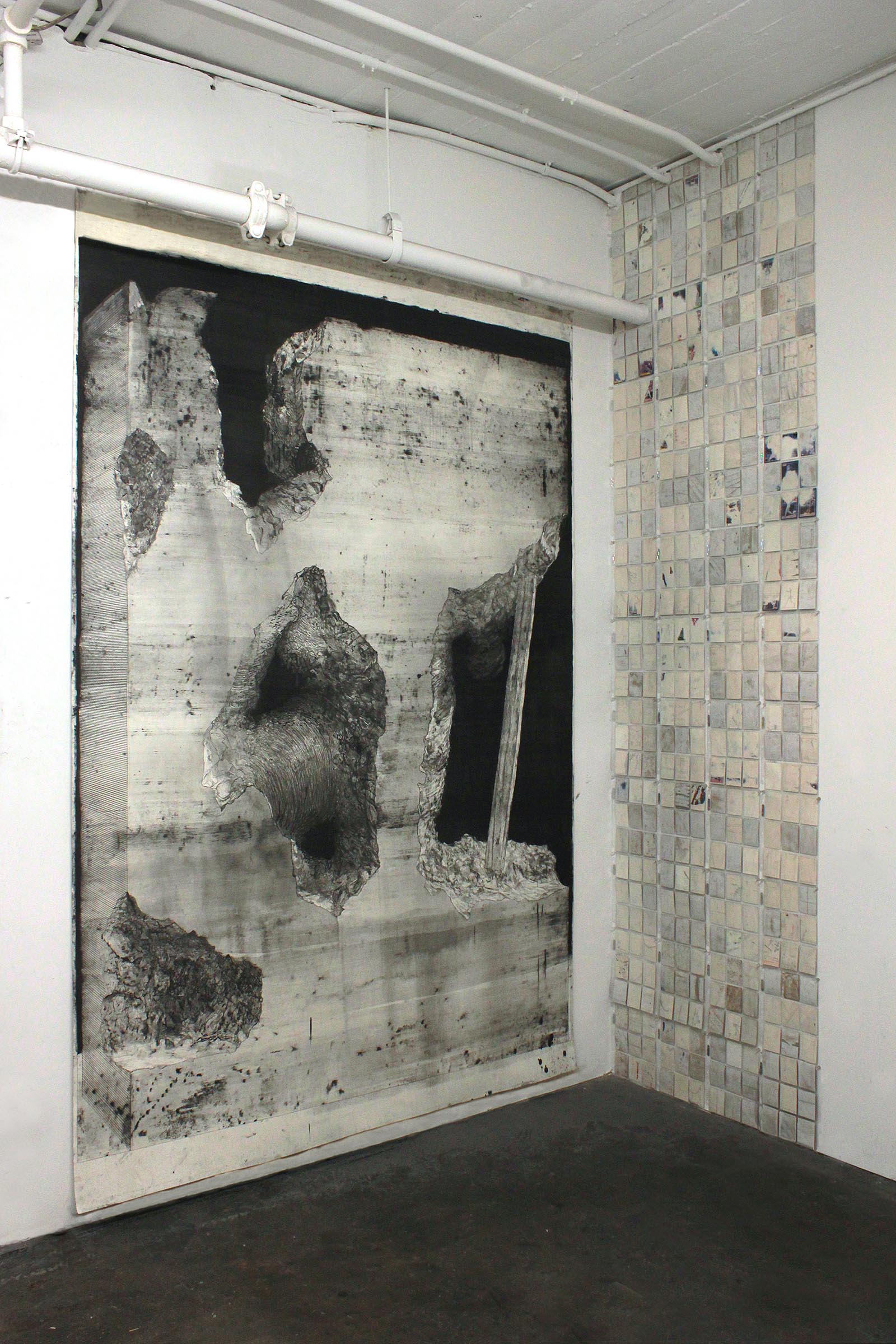 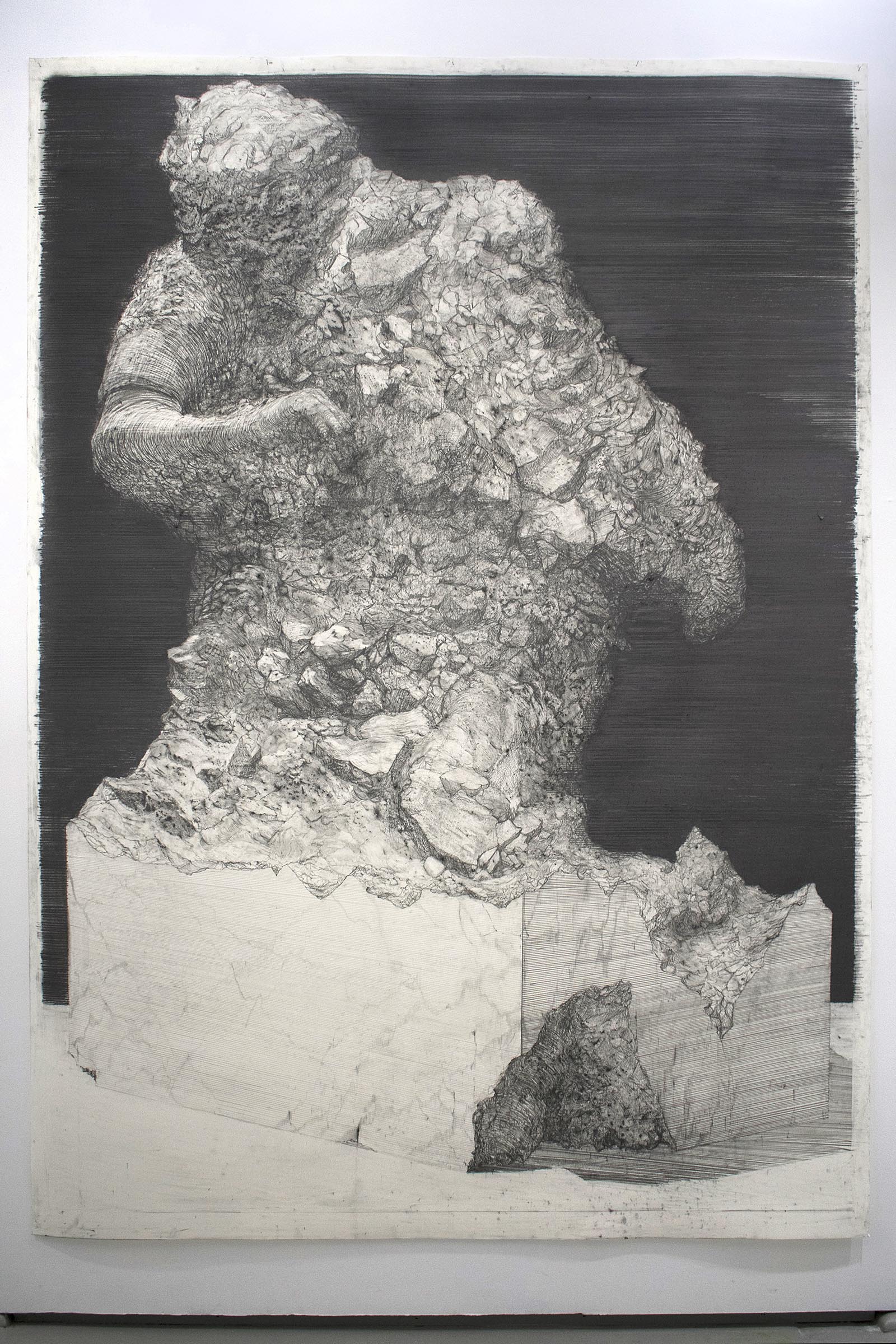 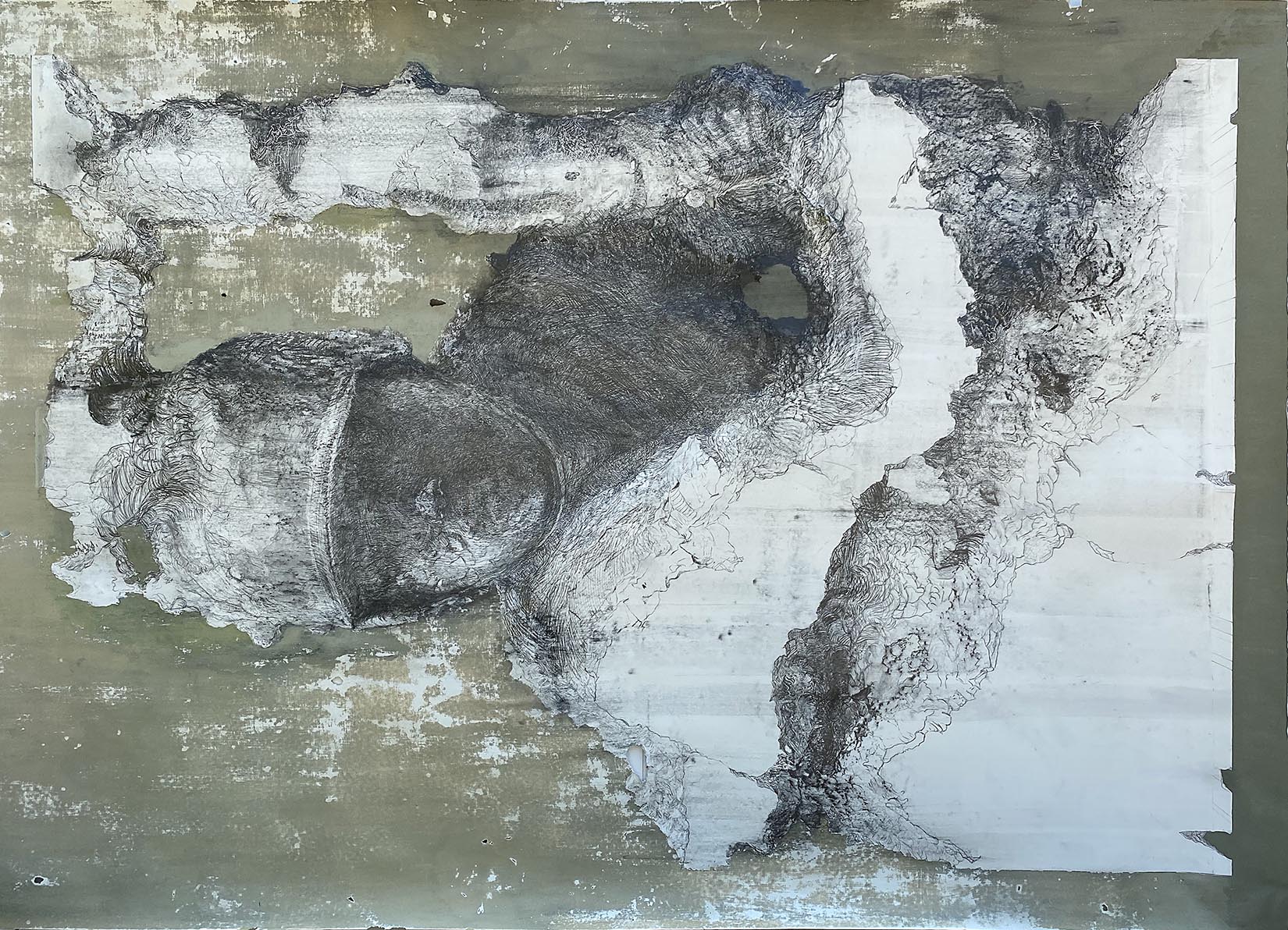 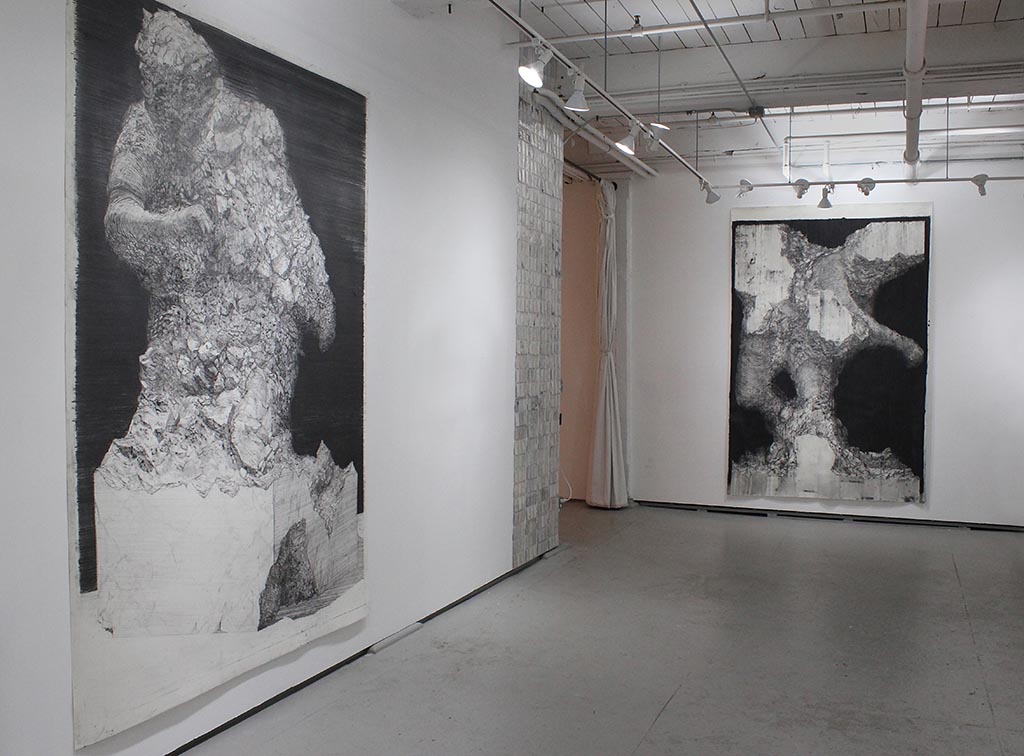 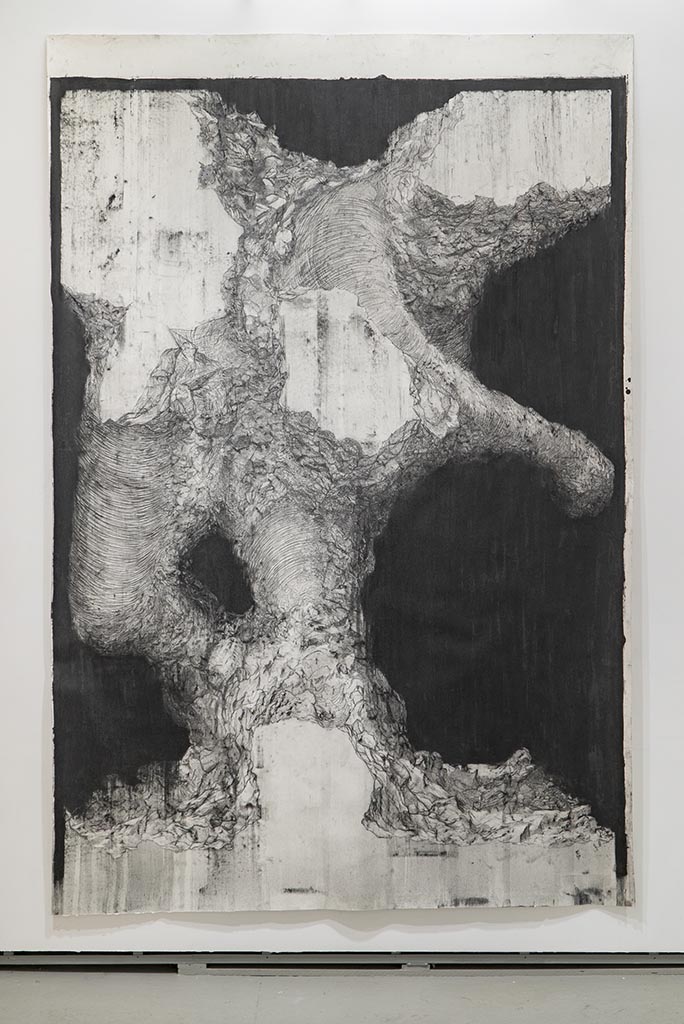 Norm Paris was born in Cleveland, Ohio and currently lives in Brooklyn, New York. He has had solo exhibitions at The Proposition, New York, NY and Tiger Strikes Asteroid New York, and work has been featured in exhibitions at Ortega y Gasset, Brooklyn, NY, Monya Rowe Gallery, New York, NY, Kopeikin Gallery, Los Angeles, Ca, SCOTTY, Berlin, Germany, Transmitter Gallery, Brooklyn, NY, the Rochester Contemporary Art Center, Rochester, New York, NY, and The Print Center in Philadelphia, PA, among other venues. His drawings and sculptures have been included in museum exhibitions at The Jewish Museum, New York, NY, the Children’s Museum of the Arts in New York, NY, The Museum of Drawings in Laholm, Sweden, and the Weatherspoon Art Museum, Greensboro, NC. Norm was a 2015-16 resident at the Sharpe Walentas Studio Program, New York, NY and has previously taken part in the Triangle Artist Workshop in New York and the Vermont Studio Center in Johnson, VT. He is a 2020 NYSCA/NYFA Artist Fellow in Printmaking/Drawing/Book Arts. Norm’s work is part of numerous collections including The Jewish Museum, New York, NY and the West Collection, Oaks, PA. He is a founding member of the non-profit art space Tiger Strikes Asteroid New York. Norm is a Professor at Rhode Island School of Design and has previously taught at the Yale School of Art. Paris received his B.F.A. from the Rhode Island School of Design and his M.F.A. in Painting and Printmaking from the Yale School of Art.