As artist and architect, I practice space.

Carrying out creative research at the crossroads of several disciplines, my practice focuses on imageries & scenic prototypes designed by architecture through politics, spirituality or banality.

I aim to highlight the impact that architecture have on us - to invite the audience to question their immediate environments.

What interests me is the effect that space produce on an unconscious level. How it activates an idea, a doctrine, an ecosystem? As we are constantly surrounded by architecture - it has this slow but unstoppable action on us - through a play of shape, composition and color - influencing our behaviors - surreptitiously.

I am inspired by simple subjects - mainly looking for forms that stimulate me. I use photography and modeling to record certain areas (quarries, pools, dry docks, etc.). It has gradually become a real work tool, an index of shapes.

The pieces I produce go from small to large-scale canvas where 3D and depth take a great importance. There is a desire to create new forms from collected elements or indexed locations. Exploiting the familiar, dismantling it and then assembling it in a heterogeneous imagination that reveals a more personal, almost strange universe.

I want to reconnect with the oracular function of the artist and architect by mapping, the buildings and ruins of past, present and future civilizations, thus suggesting that they are the hallmark of humanity. 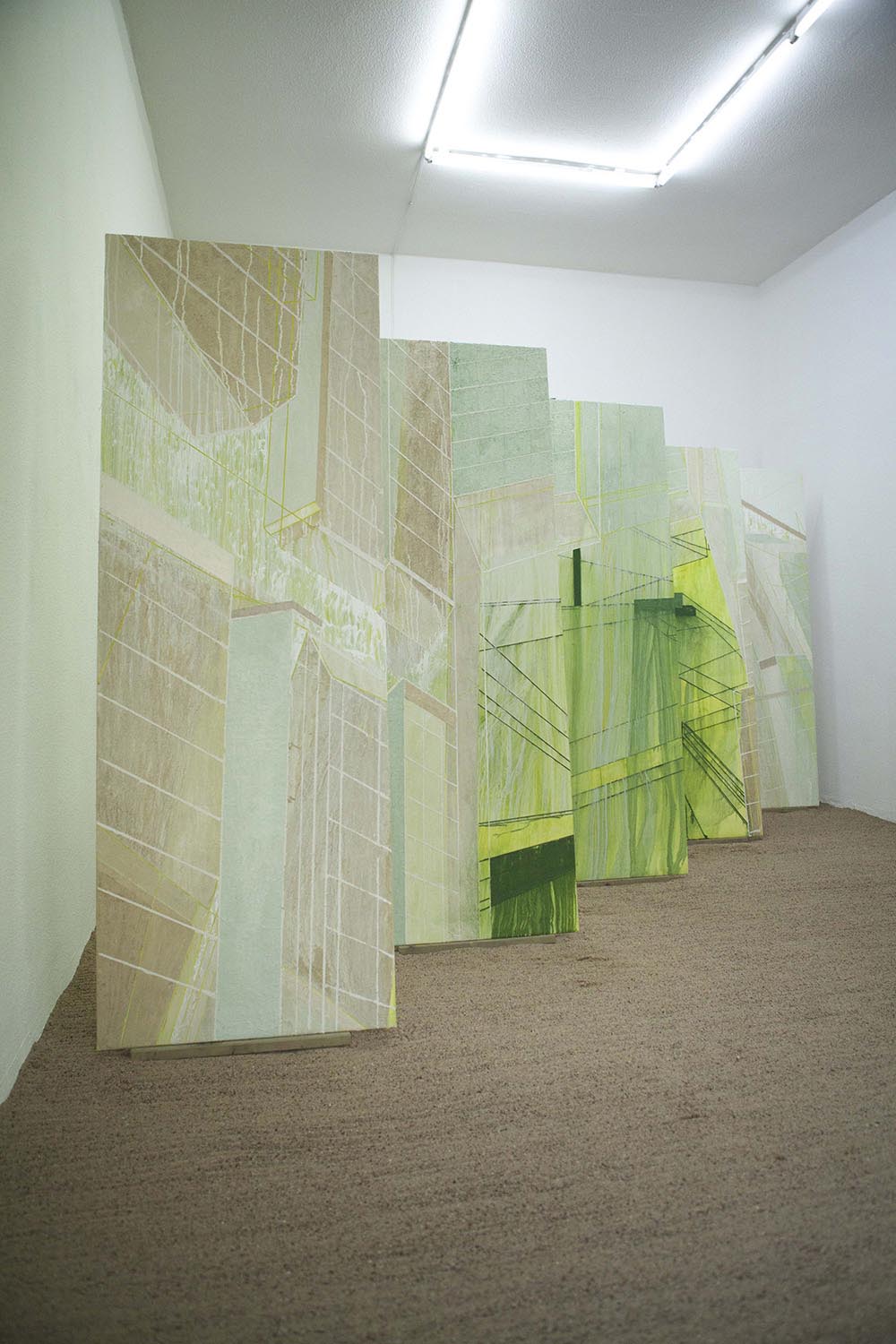 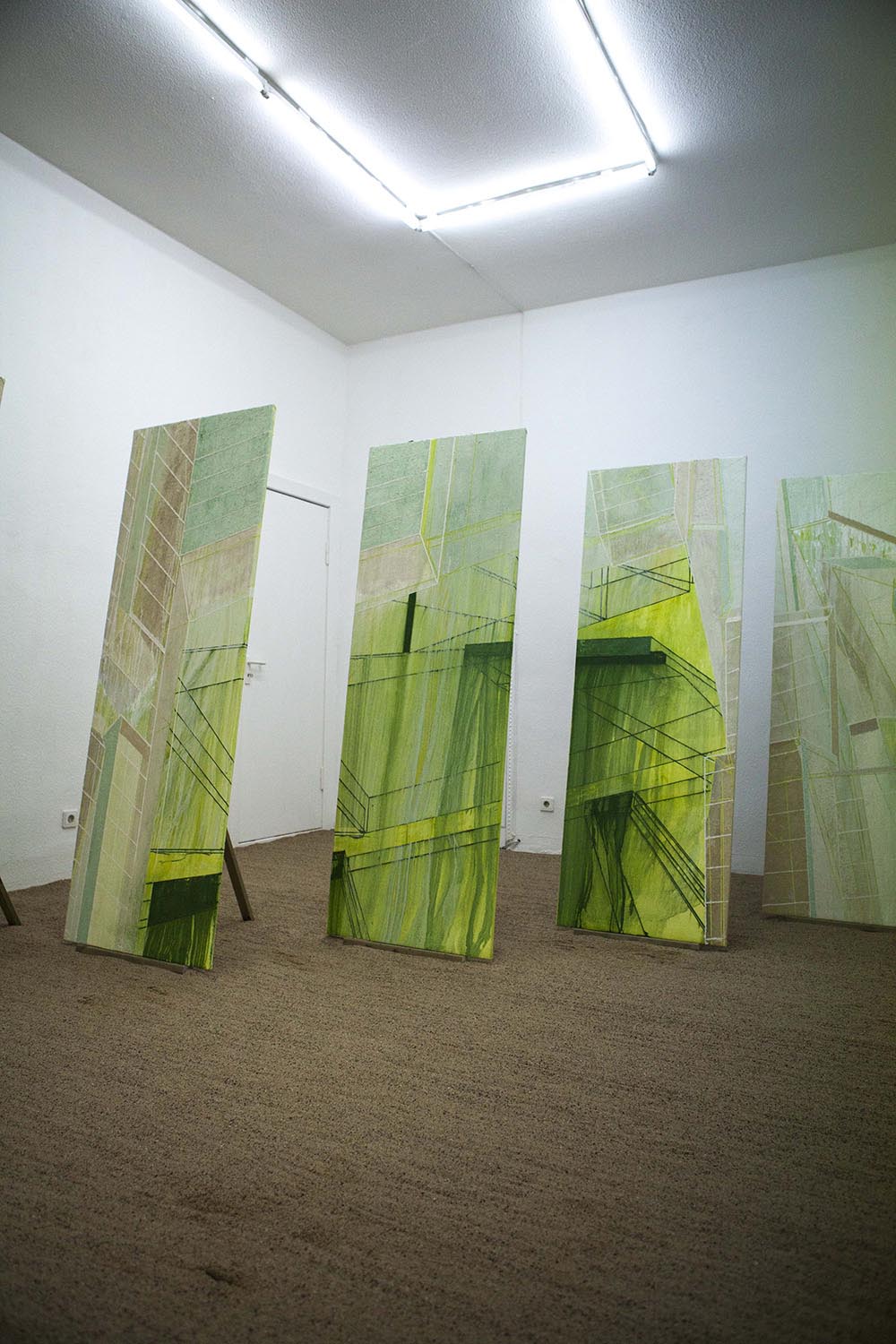 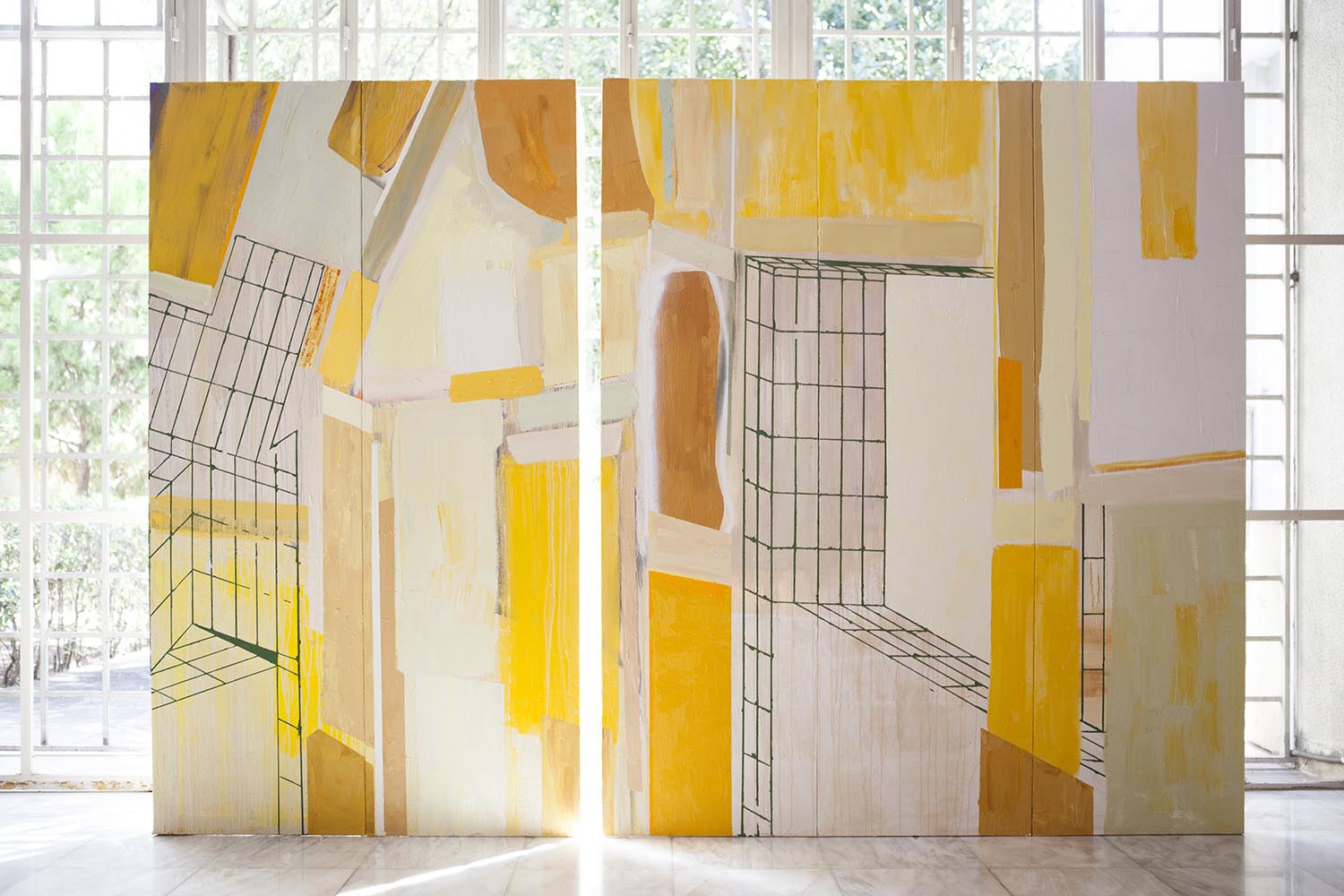 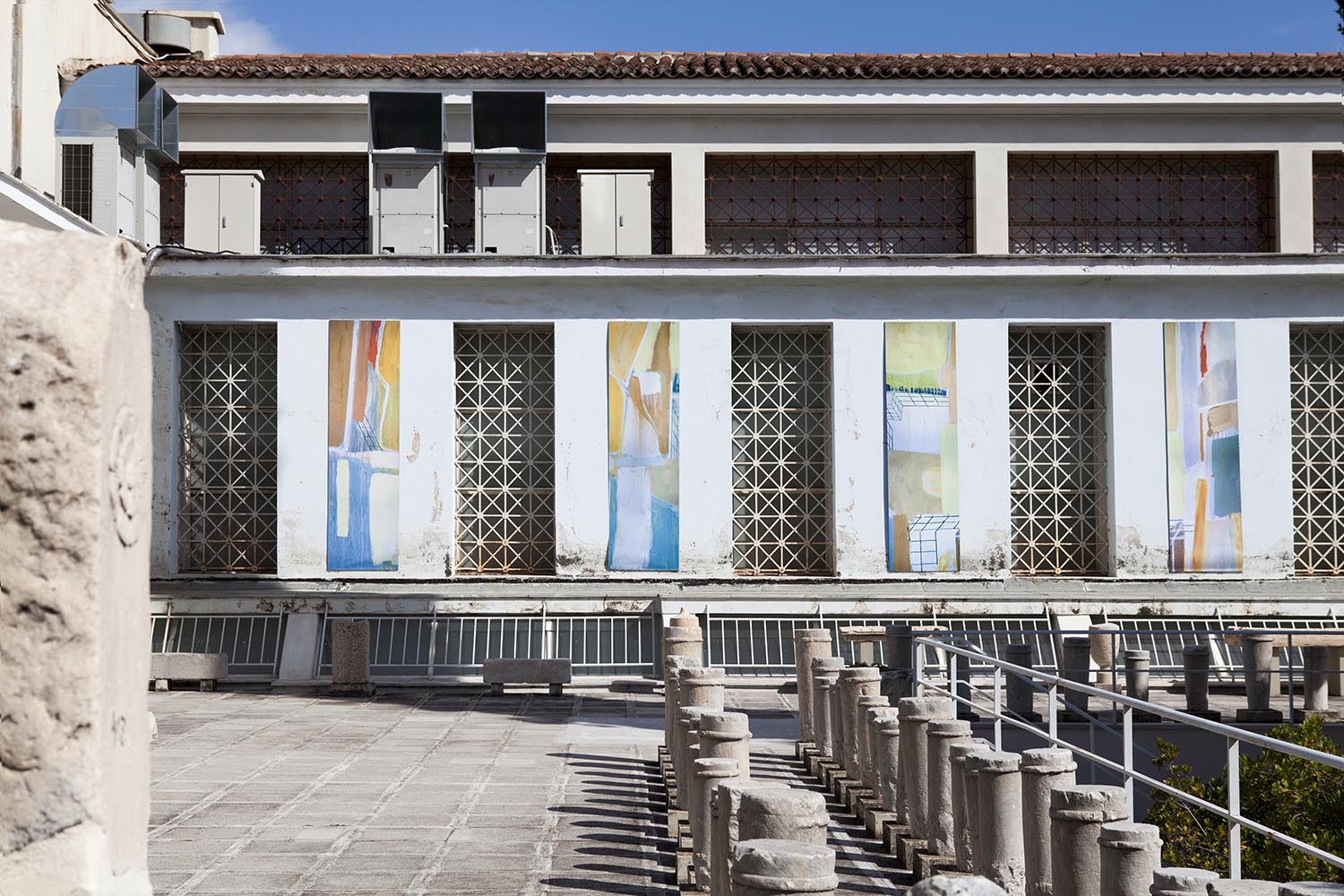 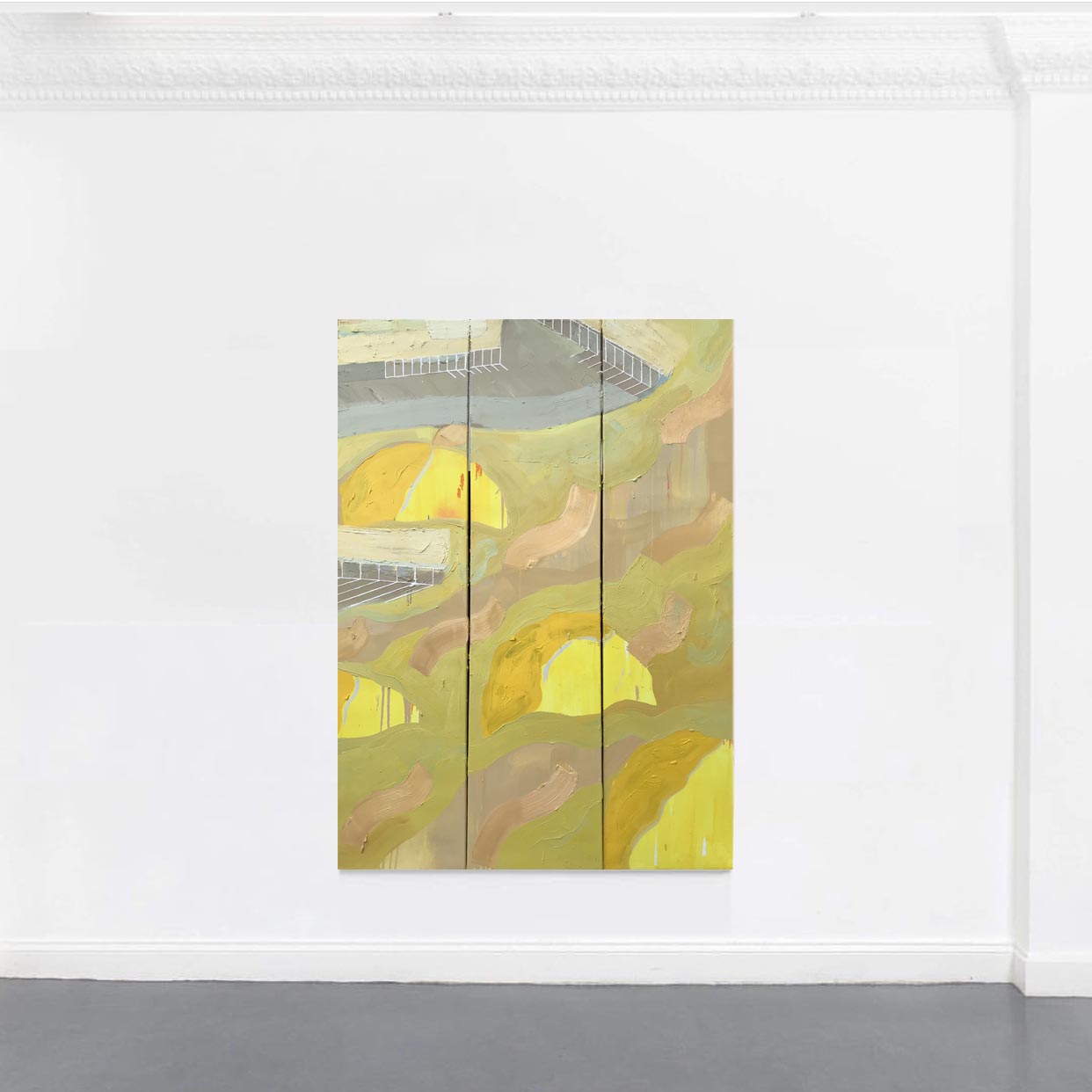 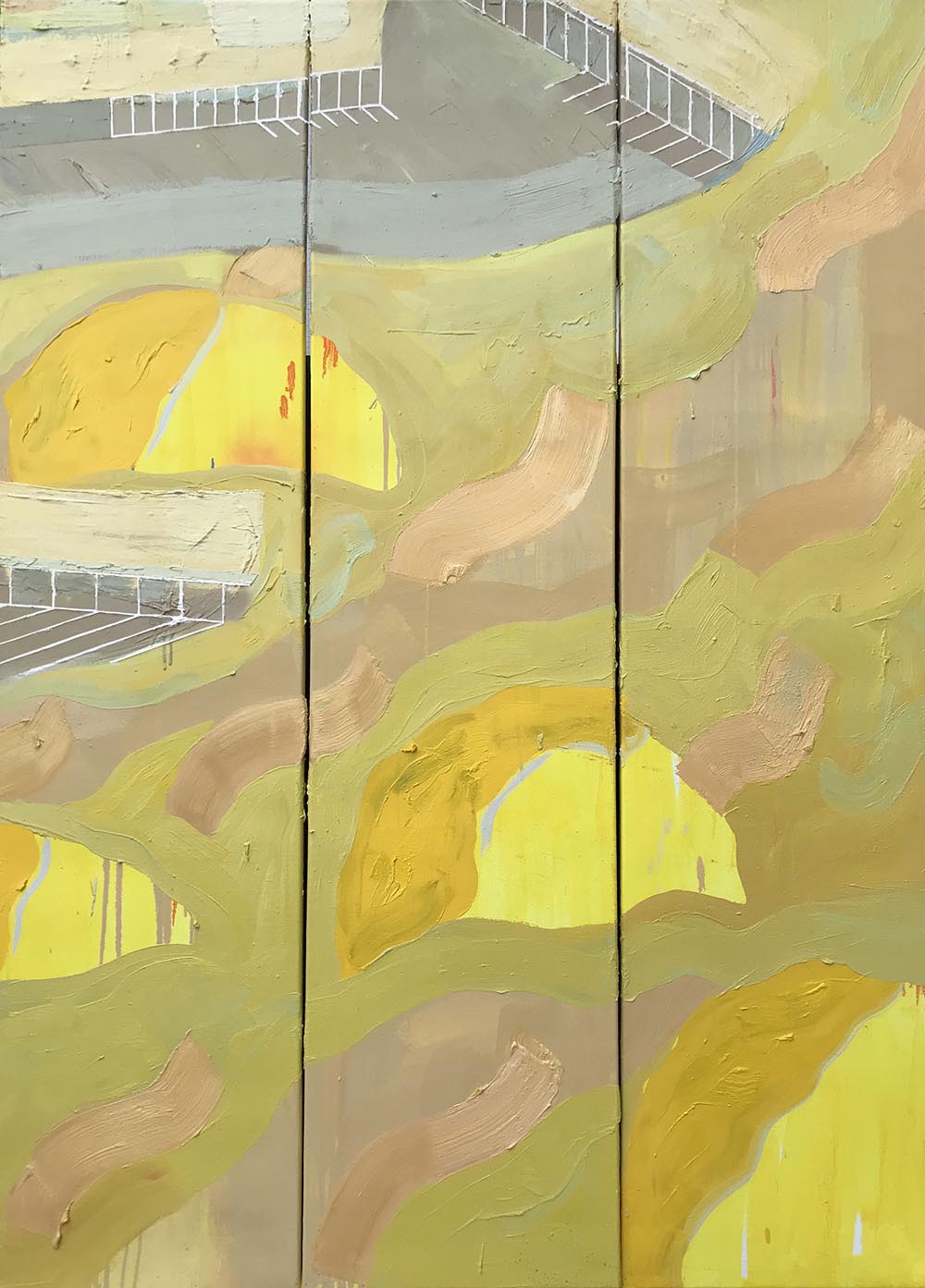 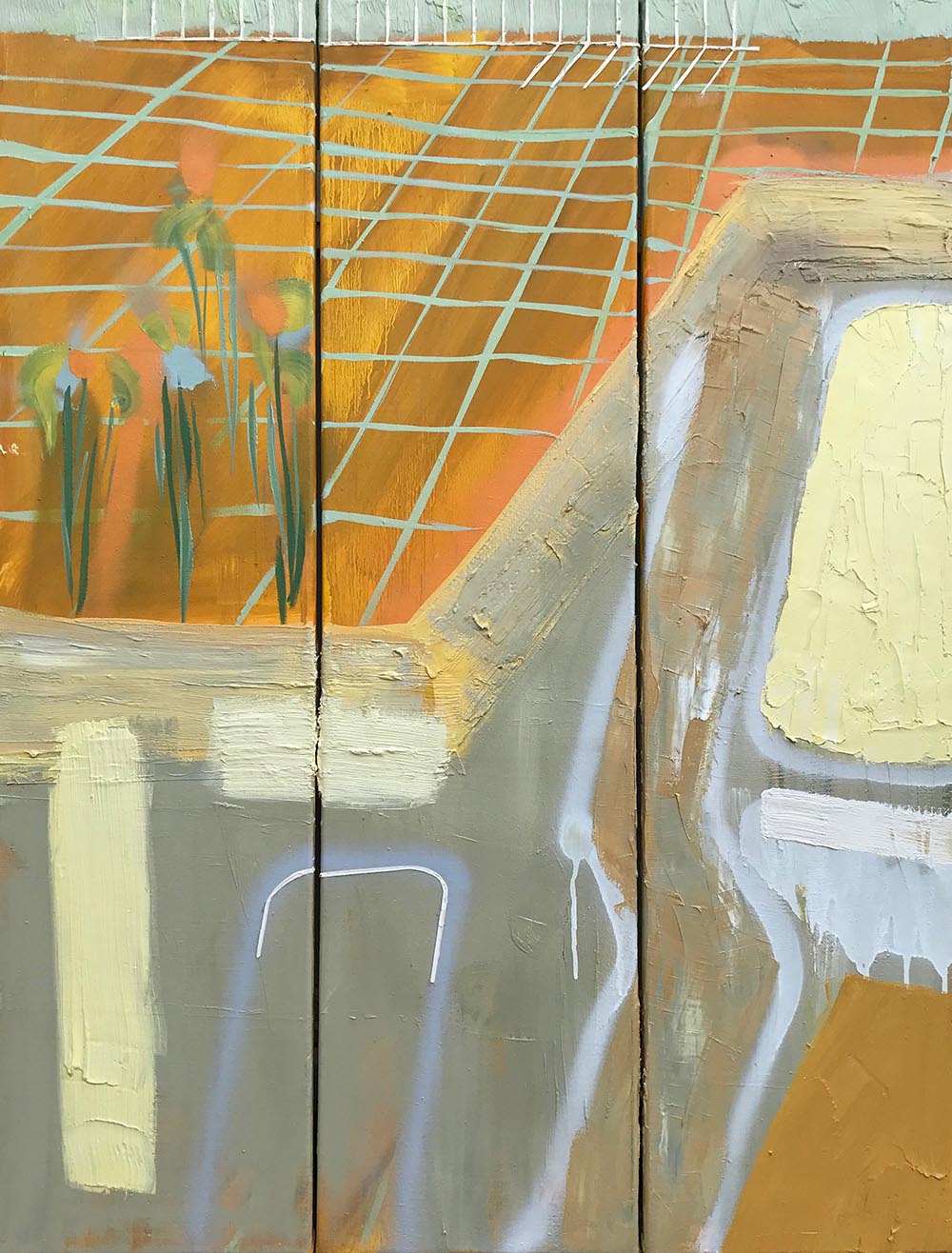 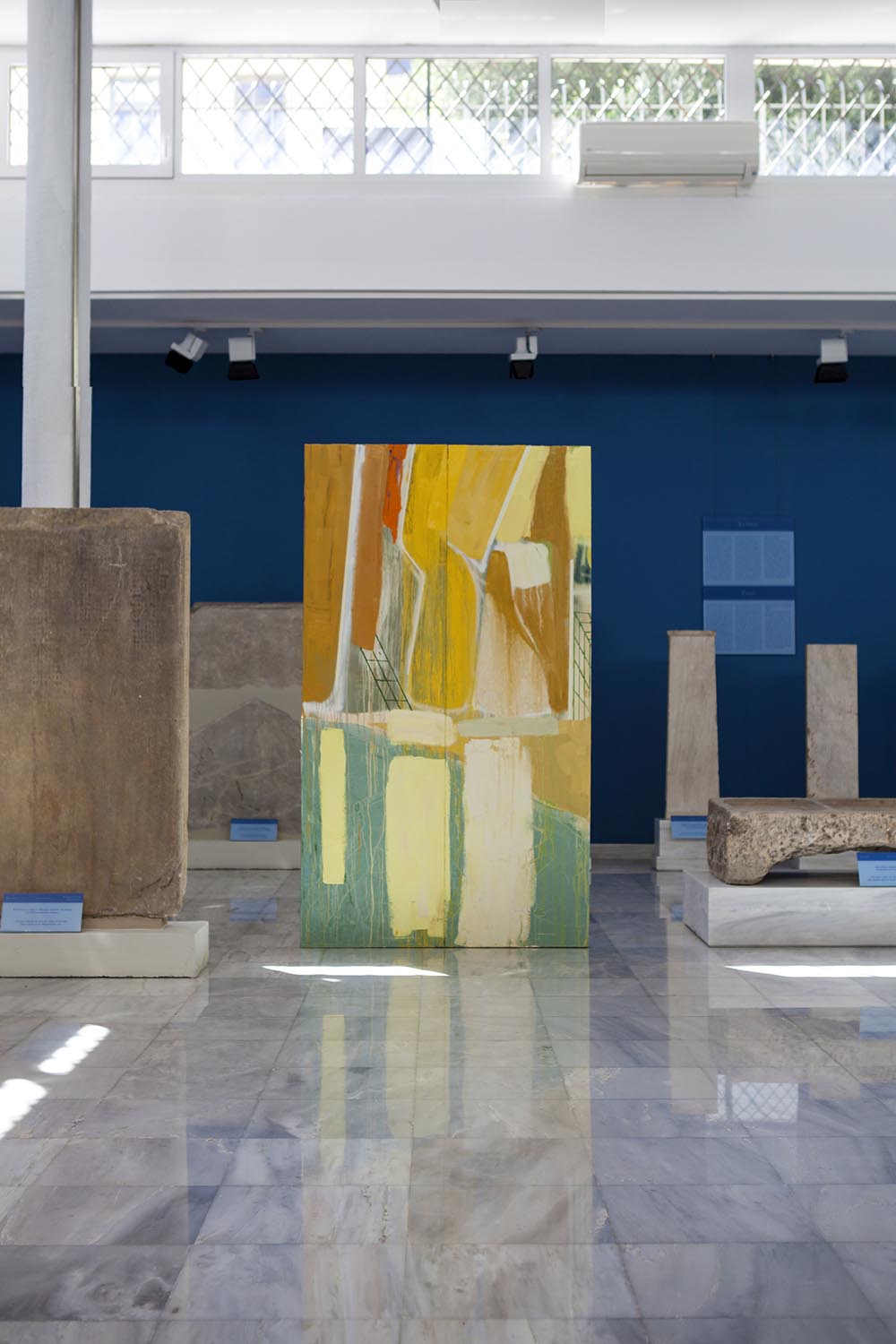 She has been invited to numerous artist residency programs around the world, such as : Villa Lena (IT) 2015, The Brooklyn Navy Yard (NY, USA) 2015, the Watermill center (NY, 2015), Mana Contemporary (NJ, USA) 2016, Bundanon Trust (Sydney, AUS) 2017. Since 2015, Natacha Mankowski has been teaching and speaking about her work at institutions, such as the Sandberg Institute in Amsterdam.