Exploring how systems of production and cultures of consumption; evolving in tandem, form one another, I research & make to uncover the material footprints these invisible structures leave behind. Questioning how we slip among and within insipid forms of power, it is ultimately an impossible quest to know my own body.
The use of production technologies and material outcomes that relate to the subject at hand is important to my method. Currently I am making objects from images. Bending material and formal logics, I create a kind of inverted, sculptural poetry, each an attempt to formalize questions in my mind. Projects often stem from personal encounters with objects; for they possess secrets about the worlds and identities we are contained within. I study the object; pull it apart, trace their kin, build compendiums, and reconstruct their characteristics to discover new interpretations. I believe we make mirrors of our bodies through our constructed world. I ask, what truths could the object contain and how might we break it open?

My methodology enables a kind of time travel to places and spaces not contemporaneous to my own. In doing so, I unravel ideas and simultaneously tie myself up in knots – an unending journey of questions and discoveries, which play out through artistic practice.

Since 2018 I have been cataloging, mapping, and recreating a history of reproductive technology through objects; pessaries and IUDs. Pessaries are objects of contraception, sterilization and medicinal or structural support for the internal architecture of the body. Investigating their development, a rich evolution is revealed; their qualities transmute between each other, as well as their environment. Repressed, overlooked, and by nature, physically concealed from view, they are an industrial species, irrevocably tethered to the bodies they inhabit, and the systems from which they are produced.

The Origin of Form, circulates around this typology; their objective form and the impressions they leave on the subjects they inhabit. The exhibition can be dissected into three parts. First, a site-specific, 46ft wall drawing that illustrates a linear timeline of patent claims from 1838 - 2021. The work demonstrates an evolutionary character of pessaries, IUDs & related objects in this species-typology; over 350 items derived from an ongoing catalogue - itself in progress since 2018. The work, applied directly to the wall, uses a carbon transfer tracing process that intends to evoke modern blueprint design drawings. Second, a floor-based configuration of sculptural forms; fragmented and scaled-up castings of these devices primarily produced during my time at the Kohler Arts/Industry Residency in Foundry. Through these castings, I have discovered that these devices are not merely human-made forms, but negative impressions; portraits of our interior selves. This shift in scale allows visitors to engage with these objects in a new uncanny way, creating an architectural scale simulation of the otherwise hidden and minute uterine space. And third, a series of wall works; the beginnings of a new line of enquiry initiated during my most recent residency hosted by SPACES, where I engaged in a period of investigation within the vast object archives at the Dittrick Medical History Centre at Case Western Reserve University in Cleveland. As my first physically tangible engagement with these objects, there are many more questions and discoveries to come.

My intention is that each part of the project exercise a unique vantage point of this strange and contentious history, to create a kind of holographic experience in the form of sculpture and installation. Through the project, I invite audiences to enter this rich, nuanced, and hidden world to discover not only these prosthetics of interiority, but also resonant metaphors surrounding bodies, objects, and their cosmic interrelations. 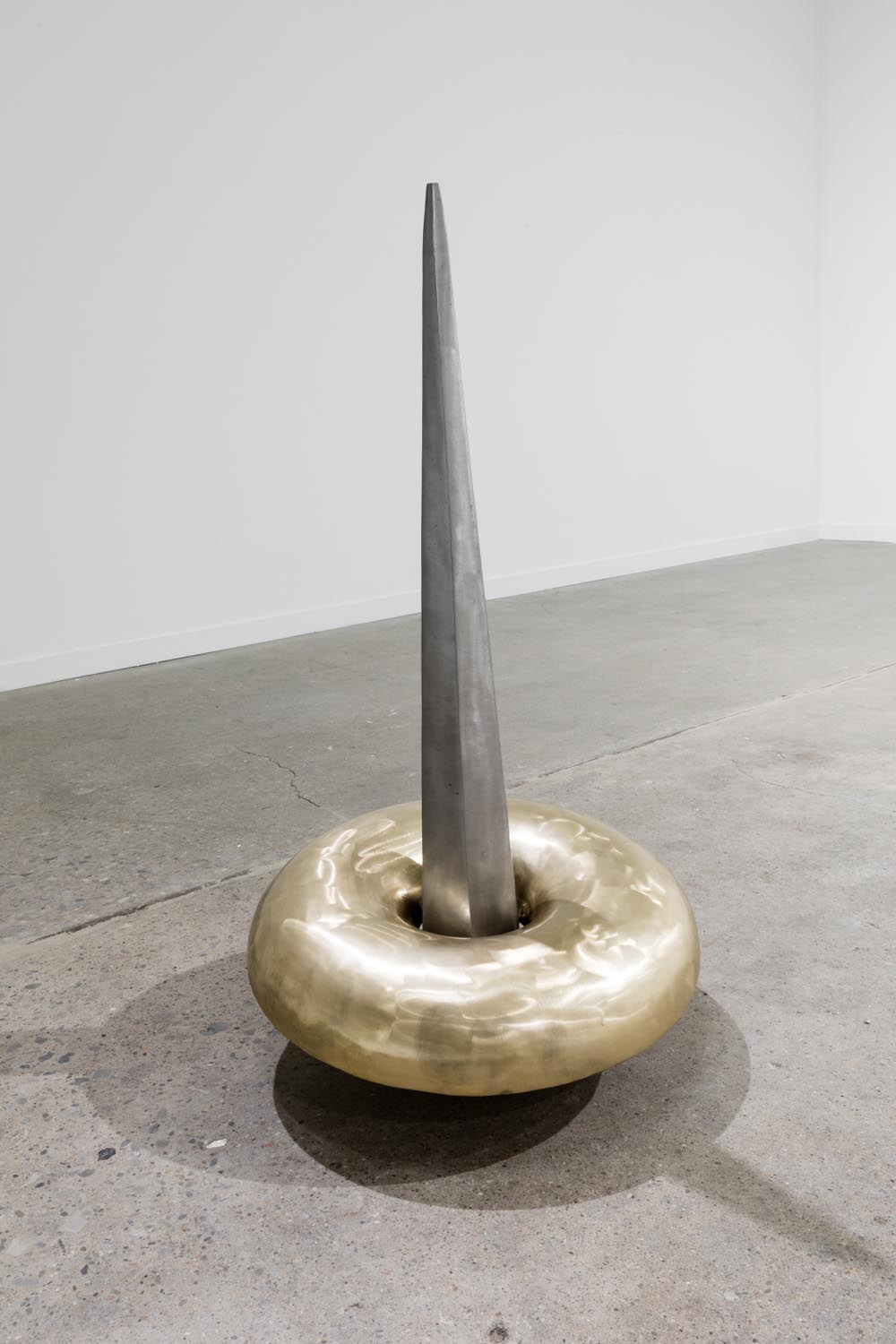 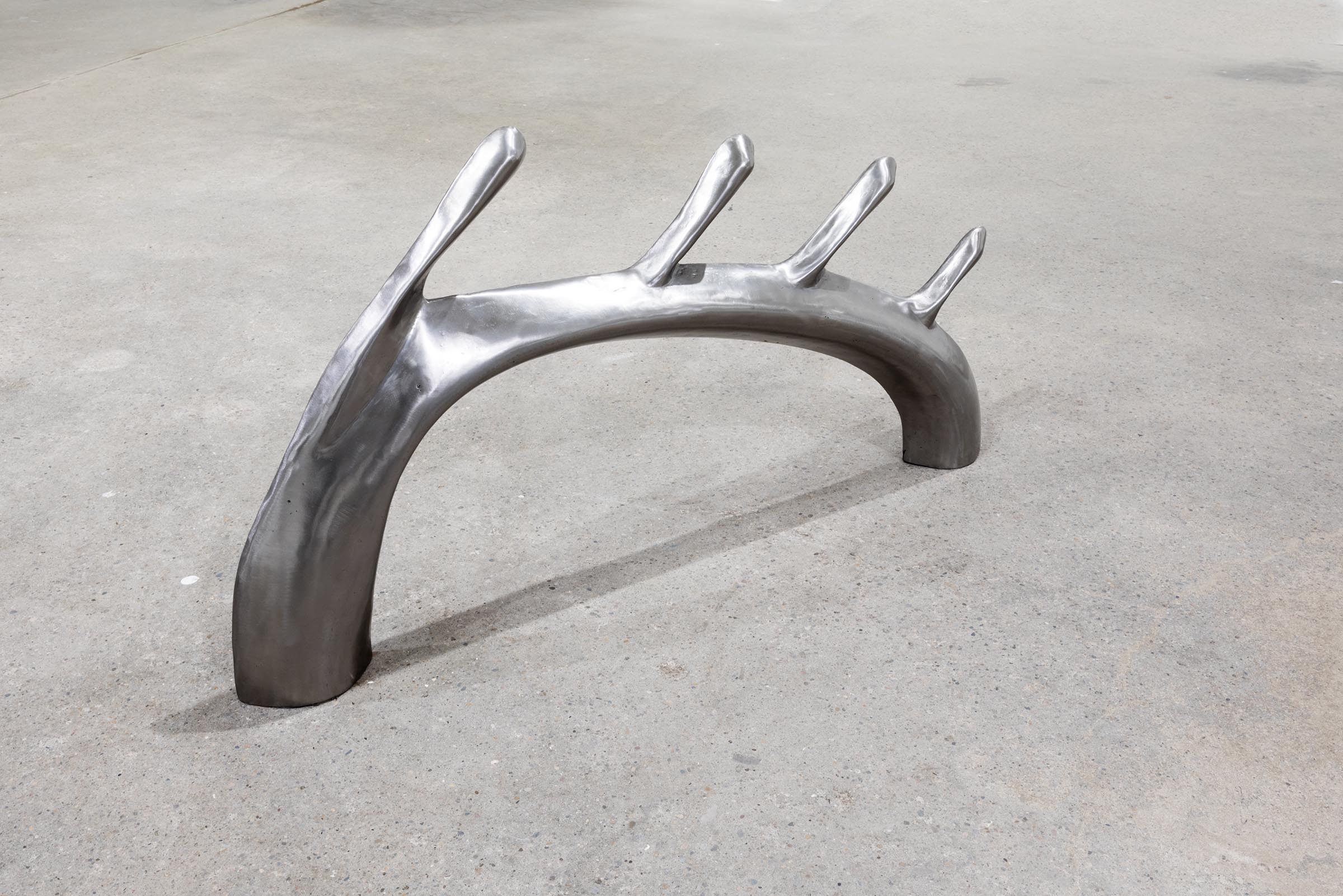 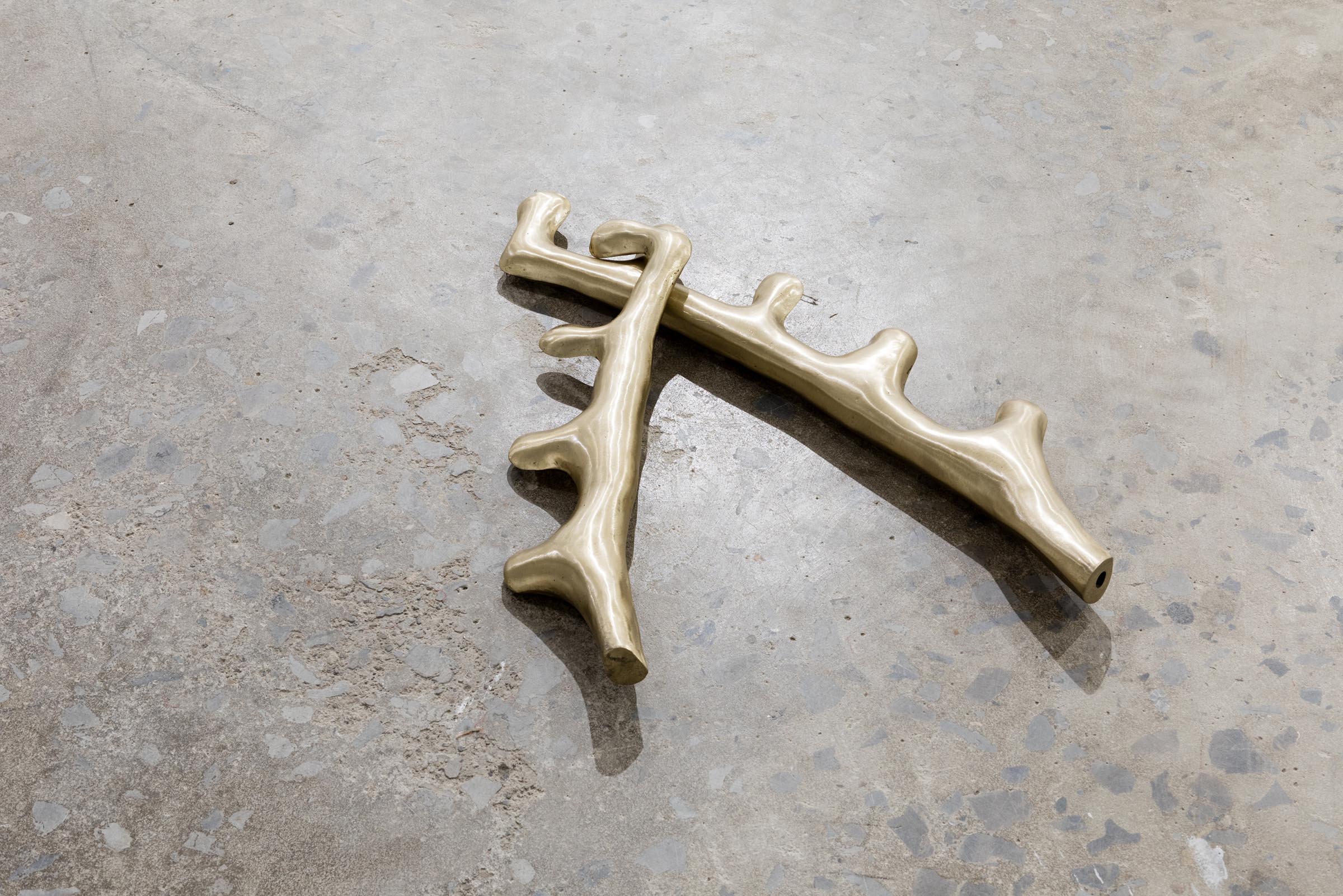 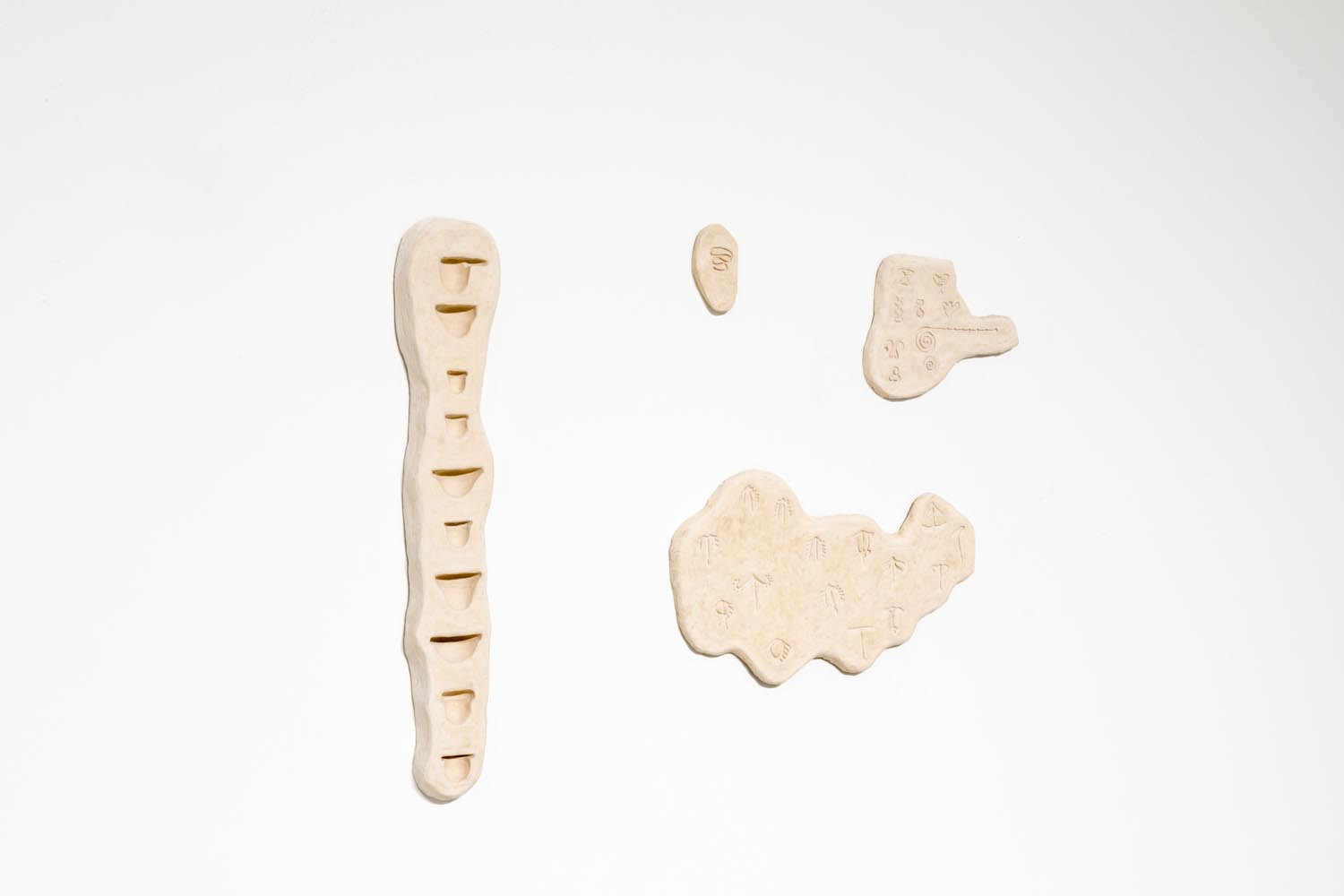 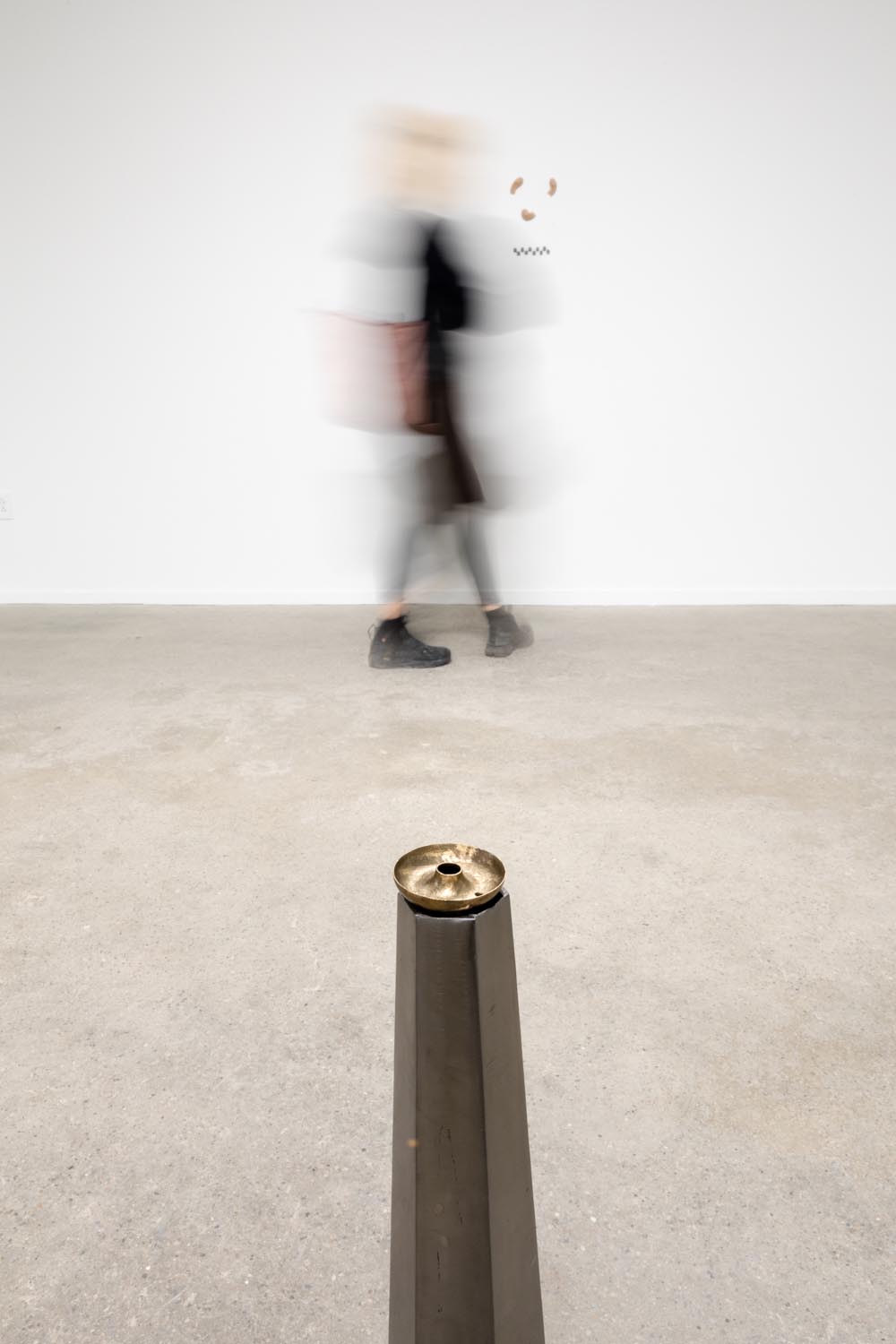 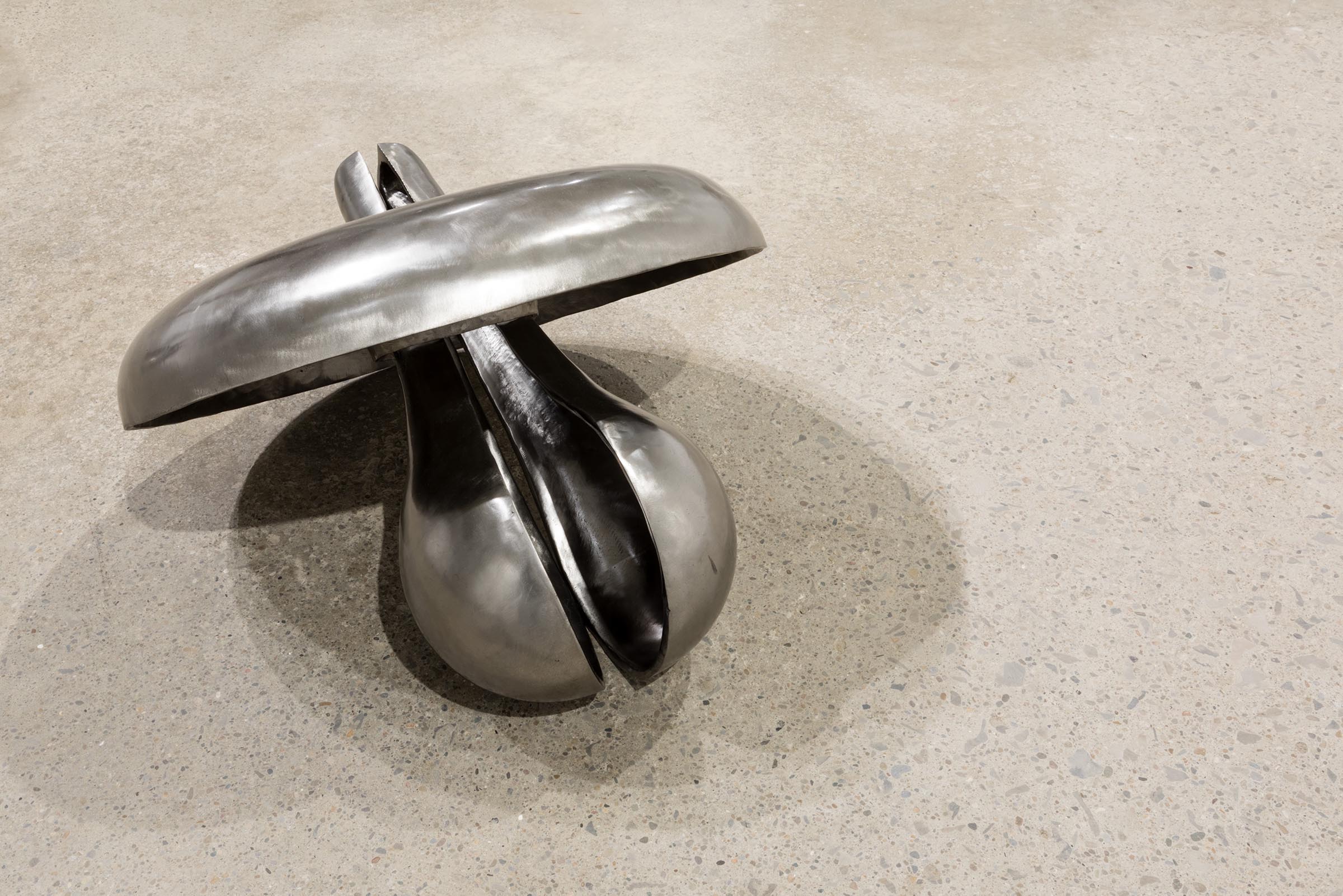 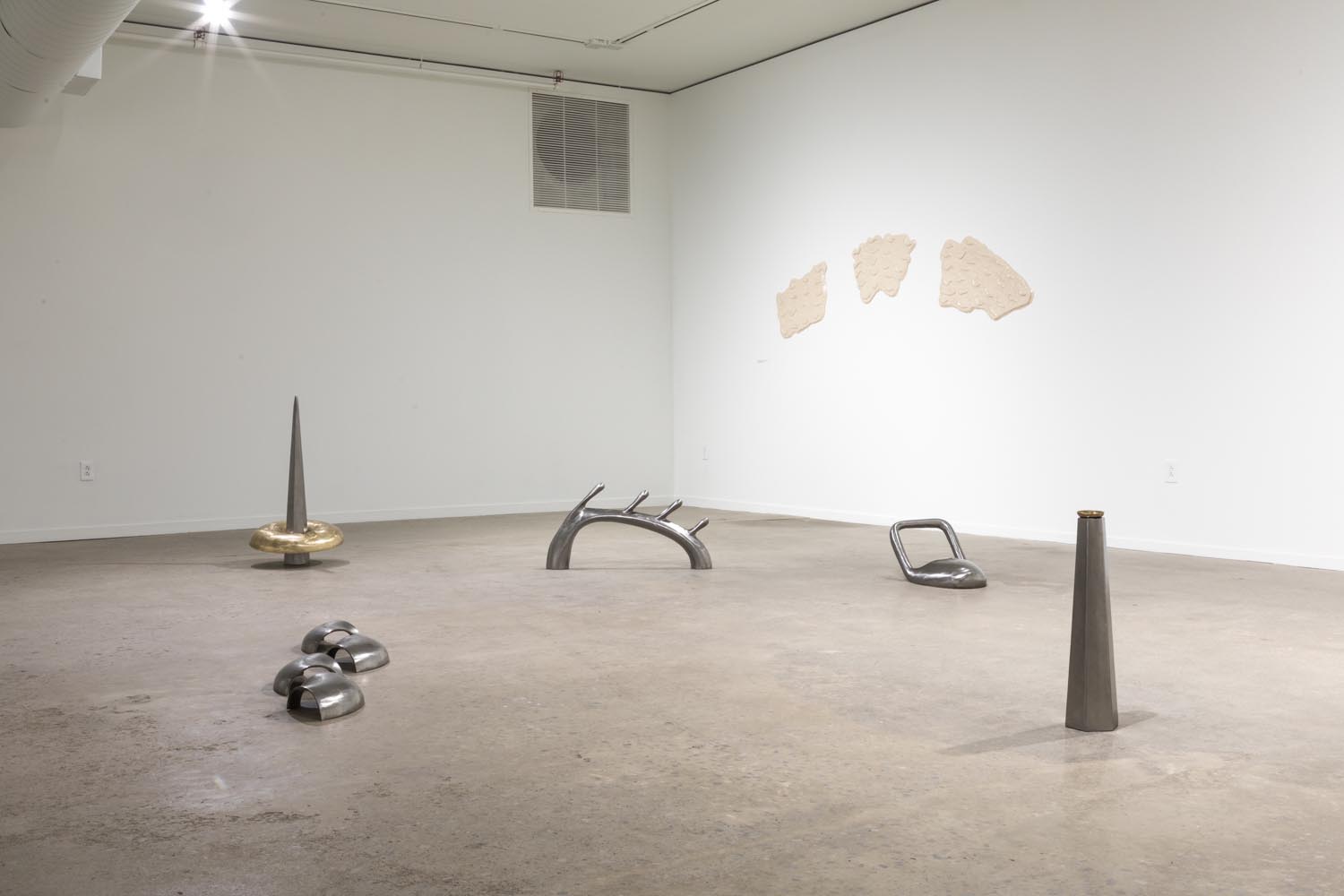 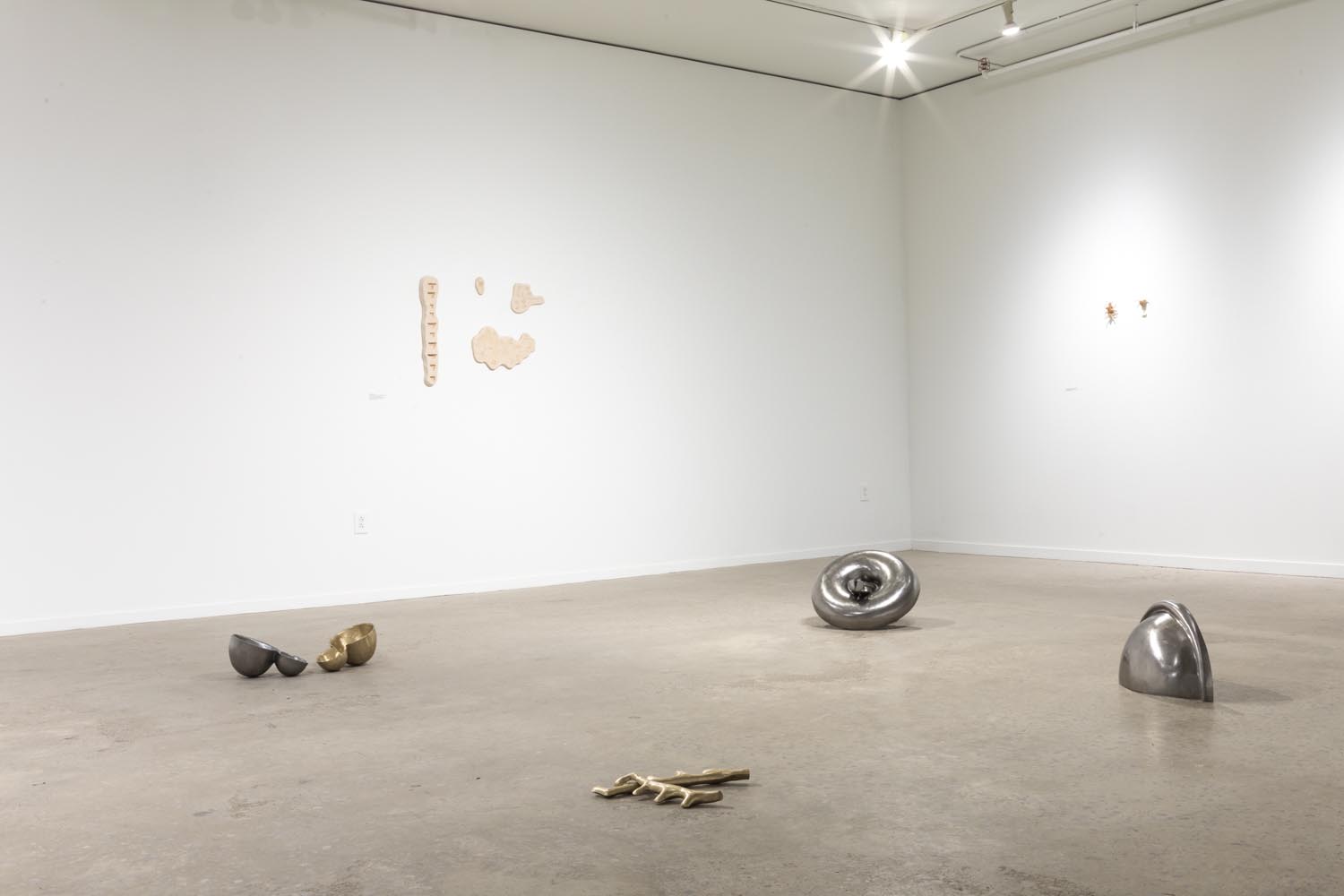 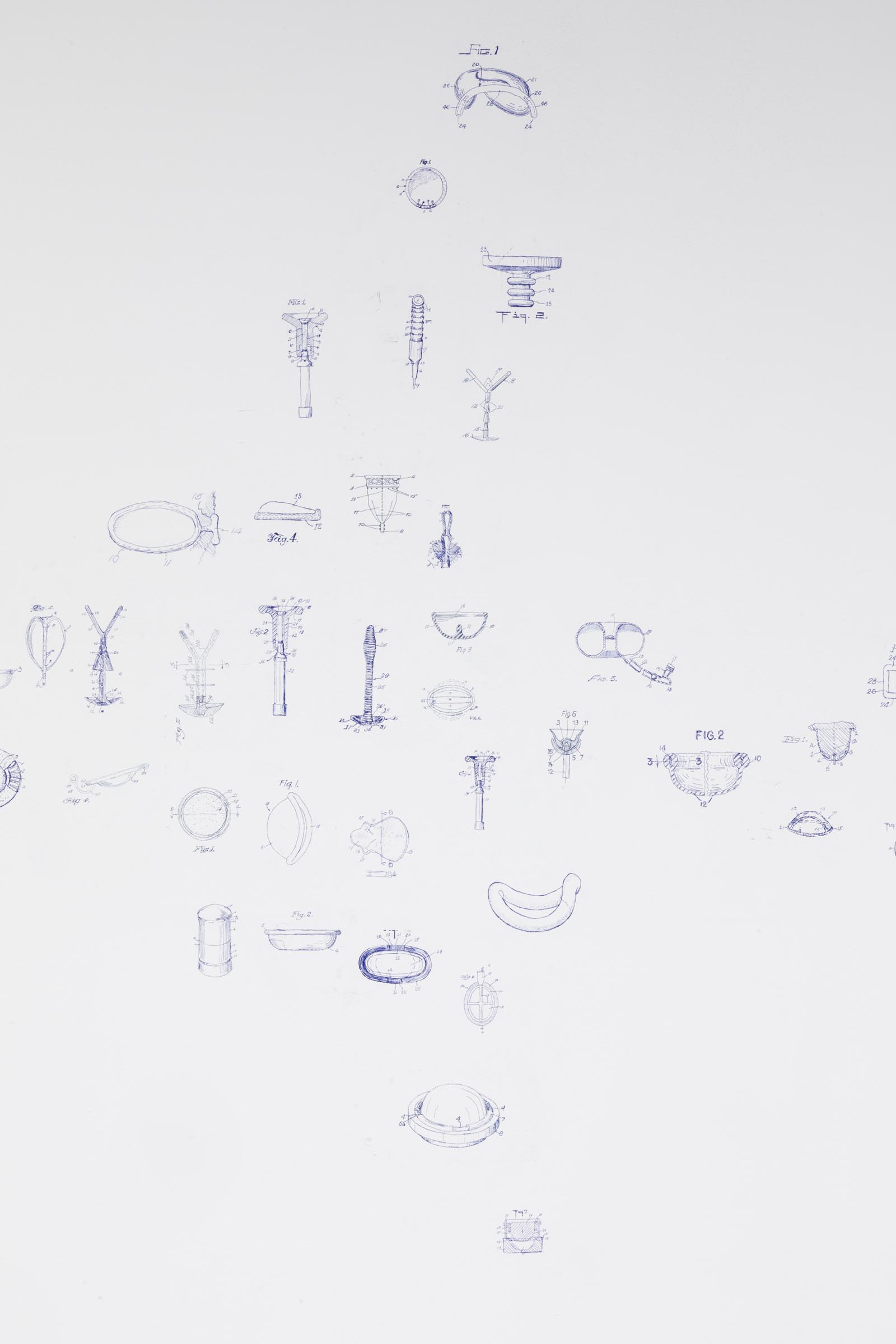 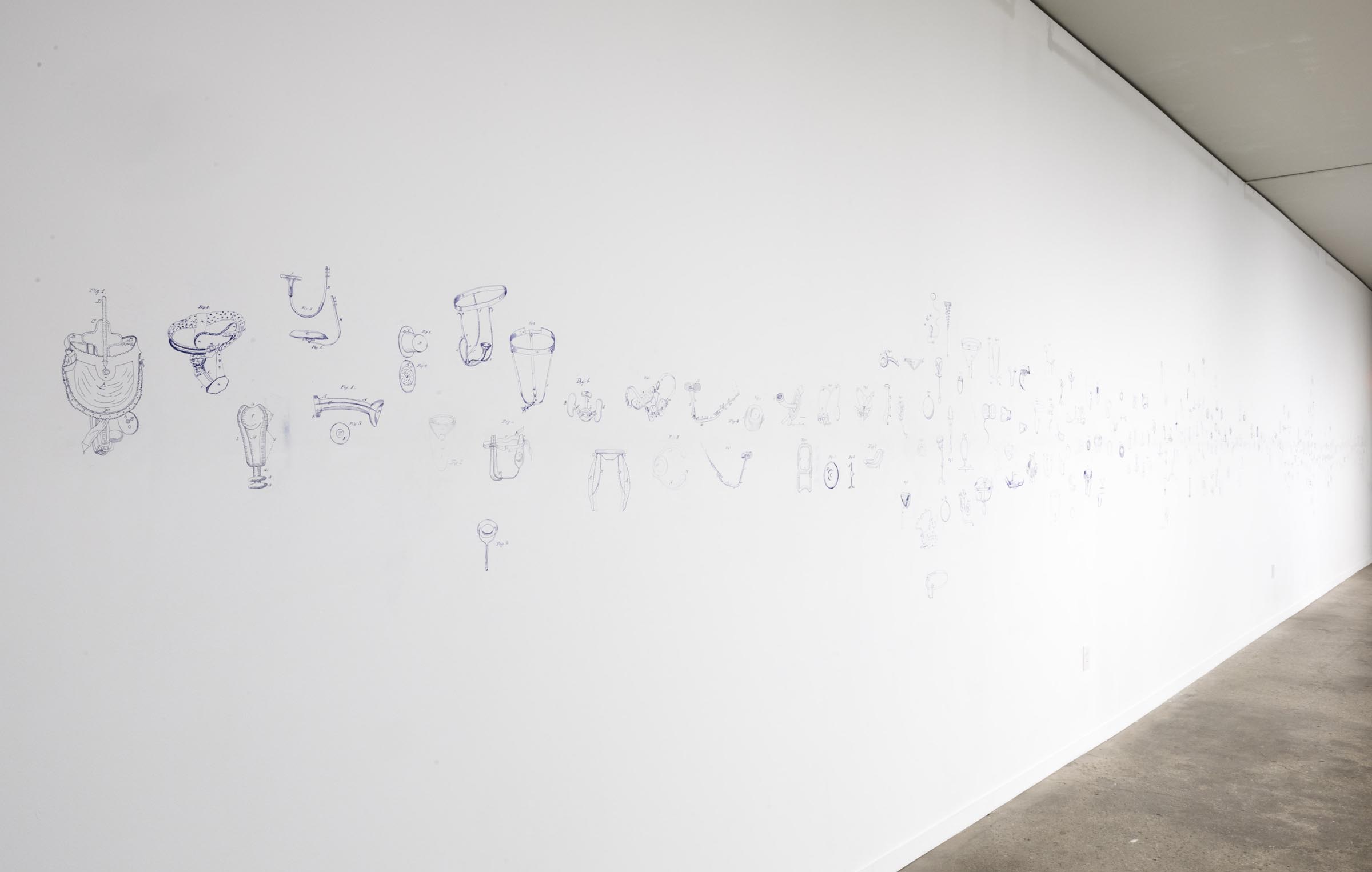 Martha Poggioli uses a hybrid practice of research and making to interrogate the impact of material culture on humanity. Intrested in the symbiotic relationships between objects and the body, she works in sculpture, installation and new media. Poggioli holds a BFA from Queensland University of Technology, AU and an MFA from the School of the Art Institute of Chicago, US where she was a New Artist Society Merit Scholar & Dean's Award Recipient.