The Caves Are Where the Oldest Go

The figures in this work are festive and look as if they have returned from some unknown ritual. The celebrations they take part in are to shake their bones and bring out stories hiding in them. I think of their limbs as shareable—one arms belongs to two or three bodies and two sets of feet carry them all. They are all engaged in a love-and-hate affair while they laugh and sob in unison to mourn and curse the dead. The island on which they live provides all that they need to survive. The plants shower them with rejuvenating star dust which heals eczema and other skin conditions, while swimming in the lake soothes menstrual cramps. The caves are where only the oldest go. 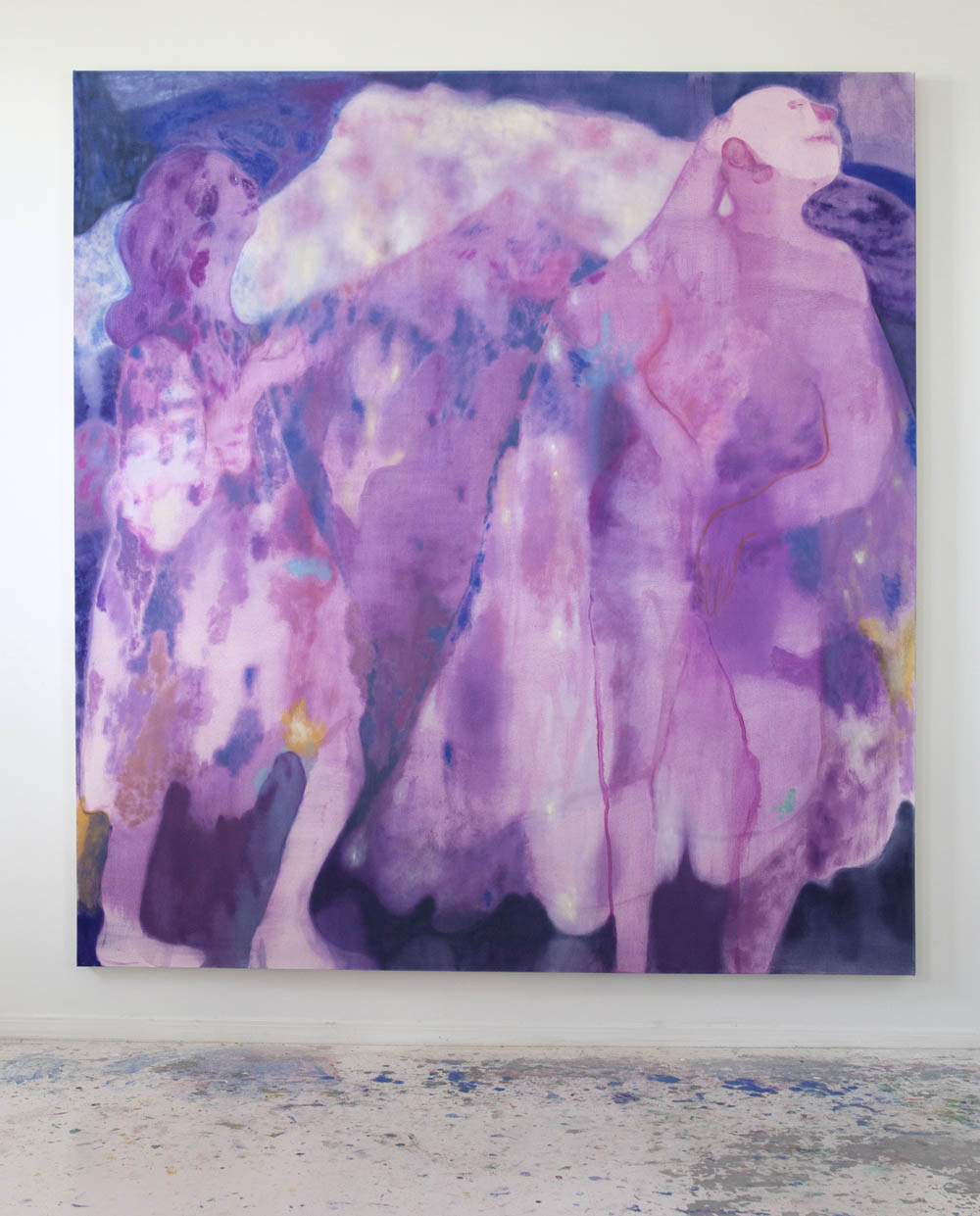 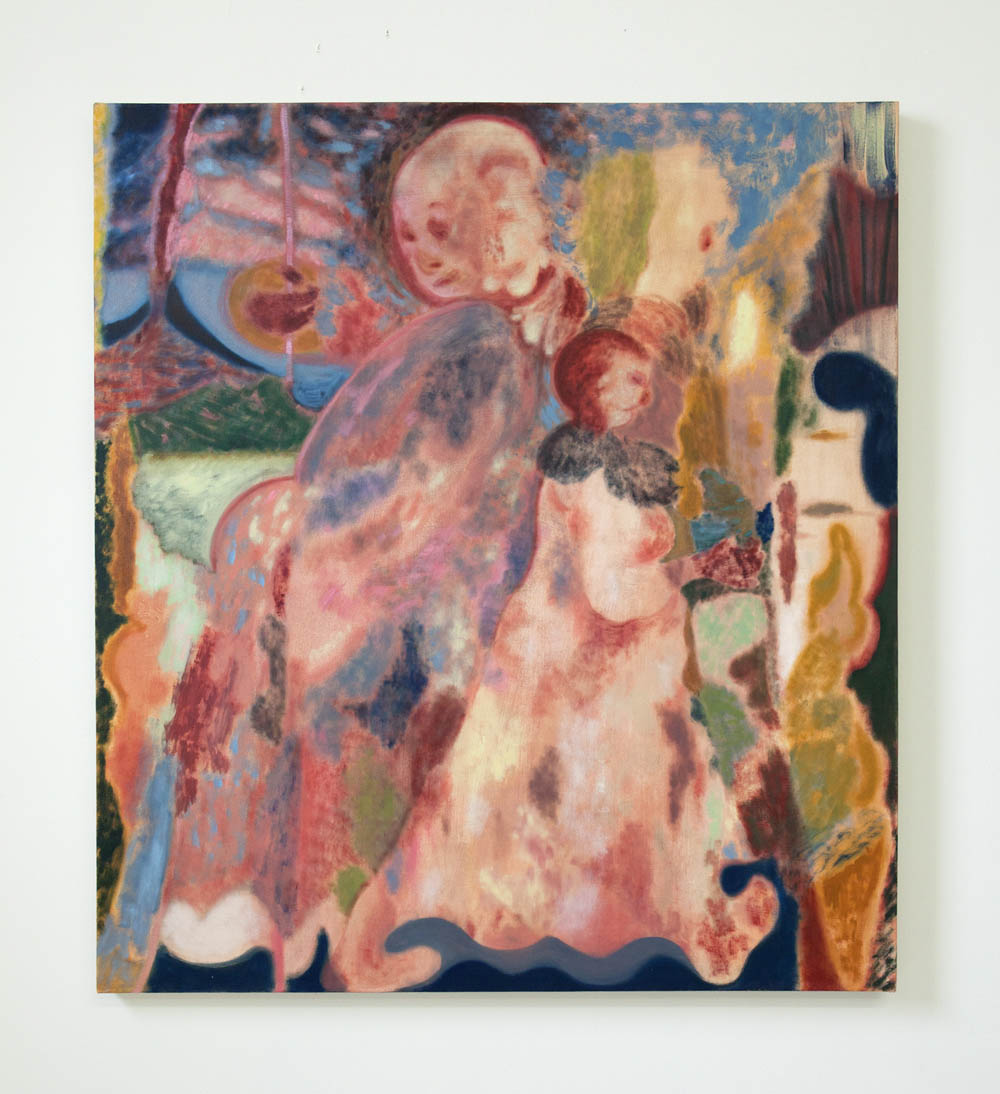 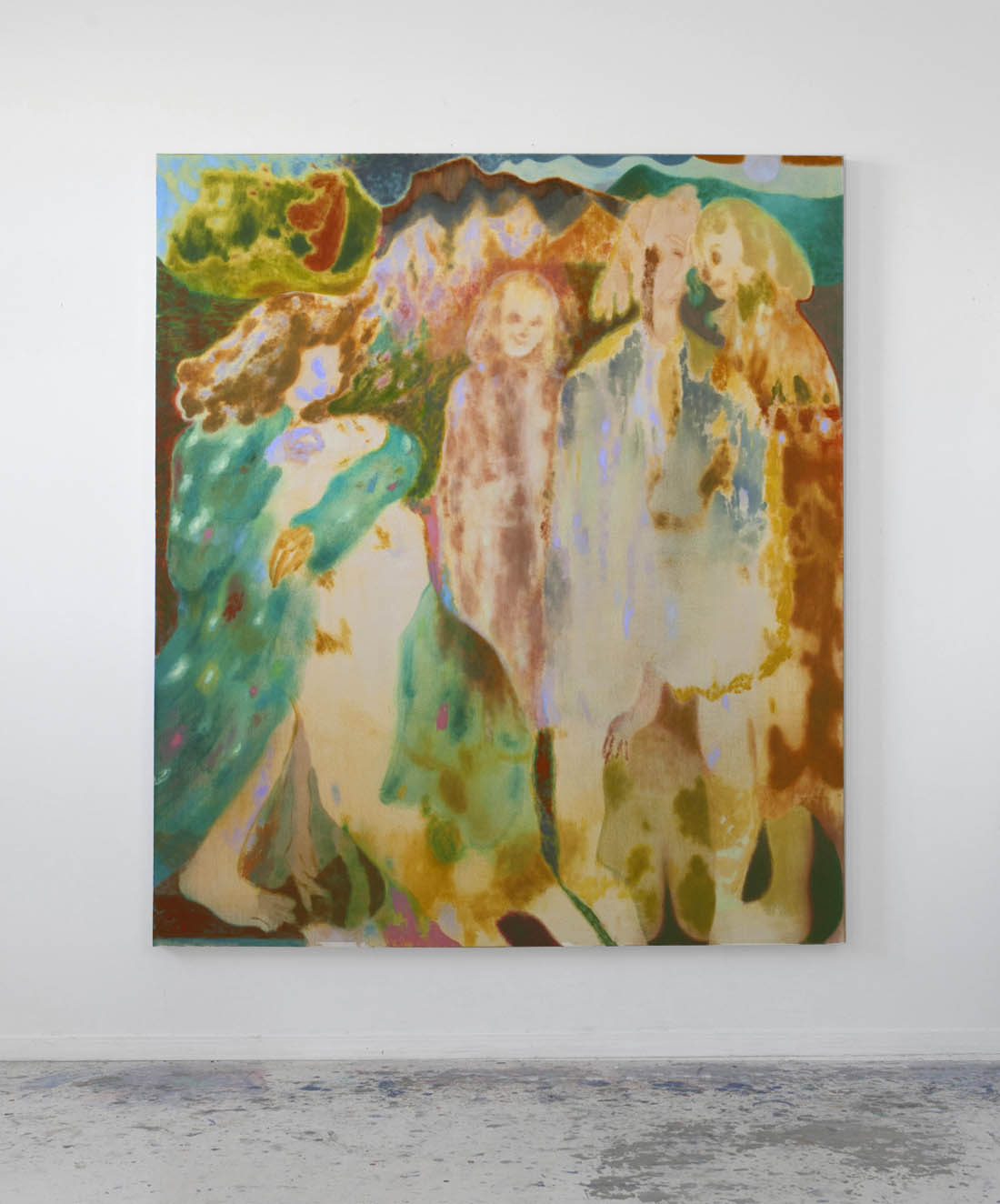 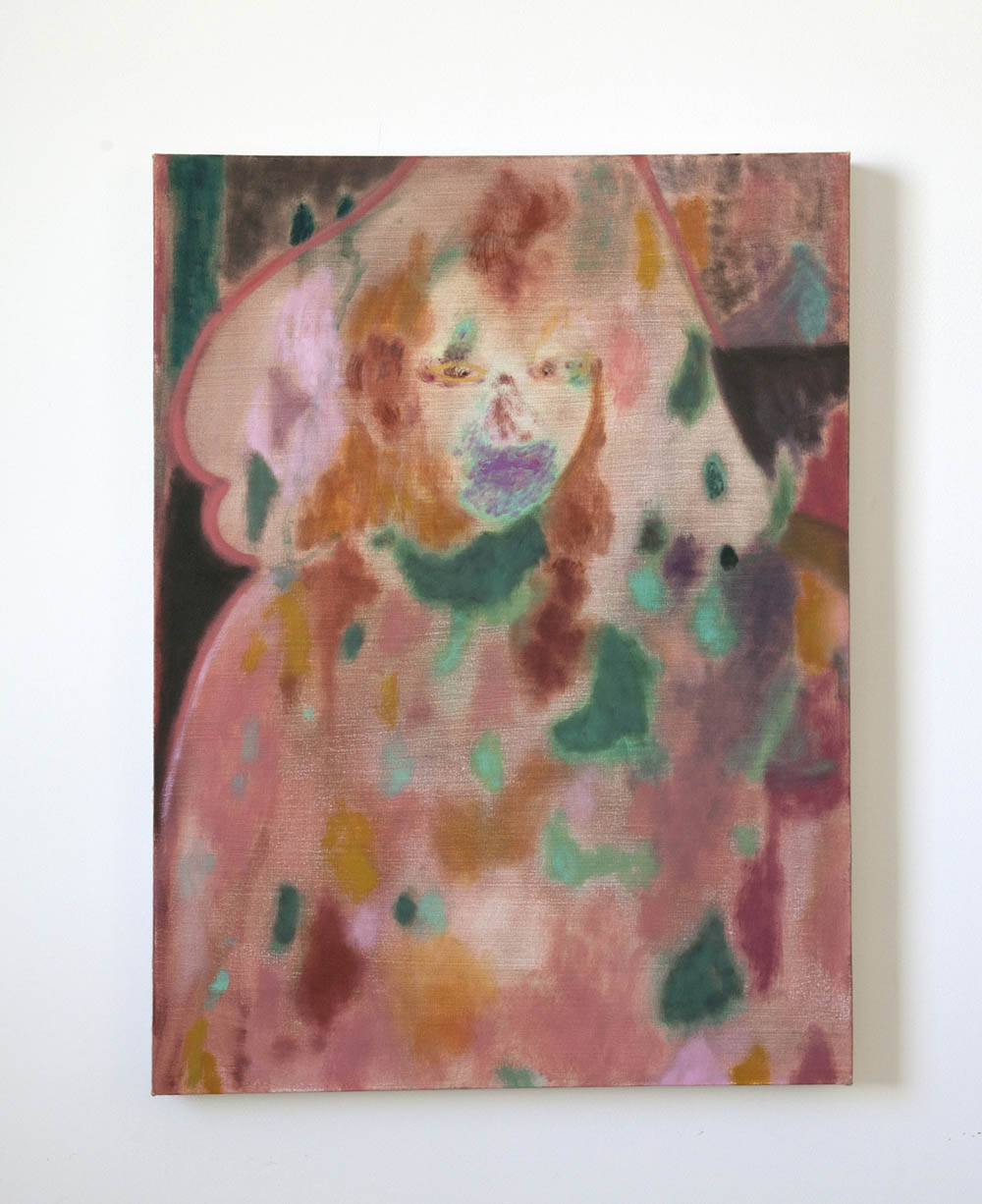 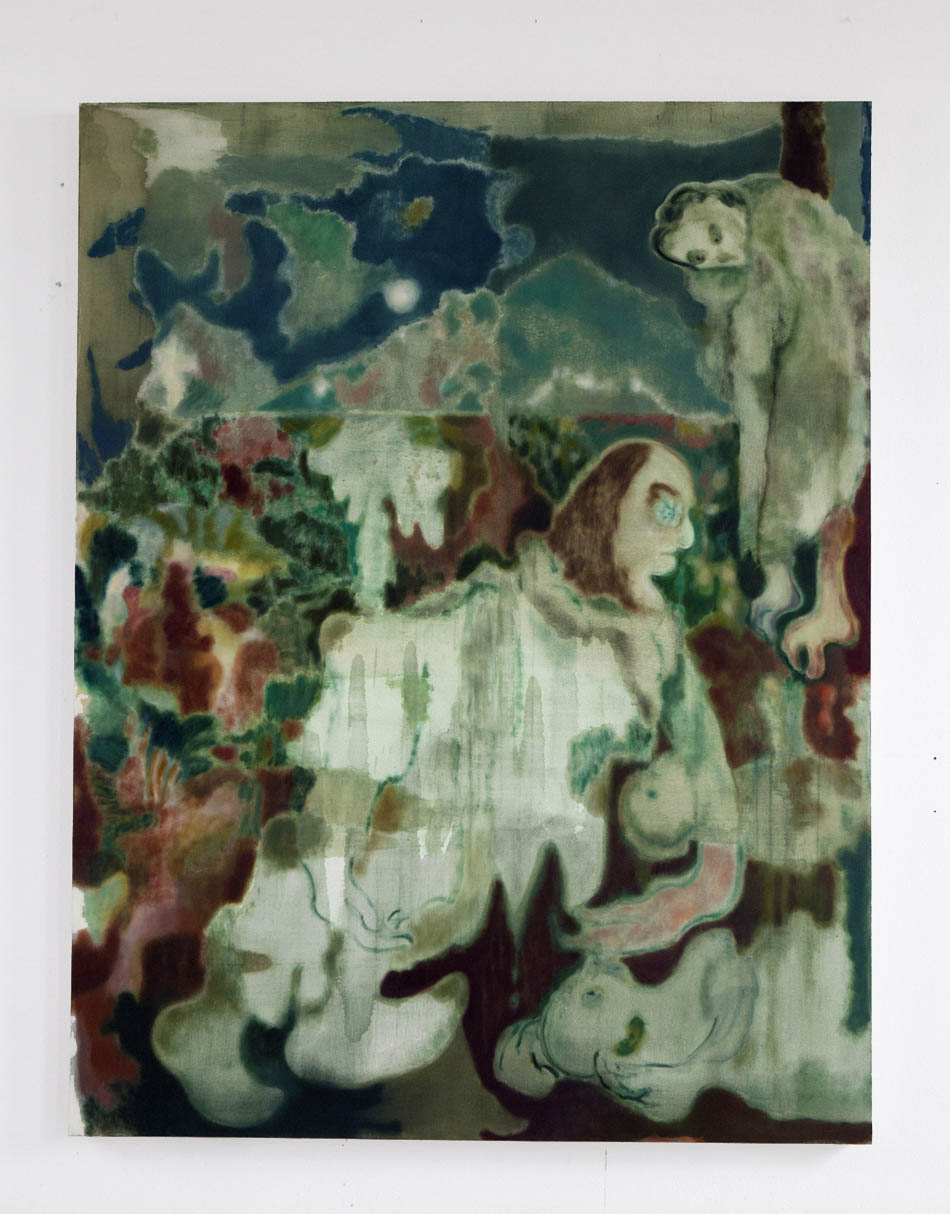 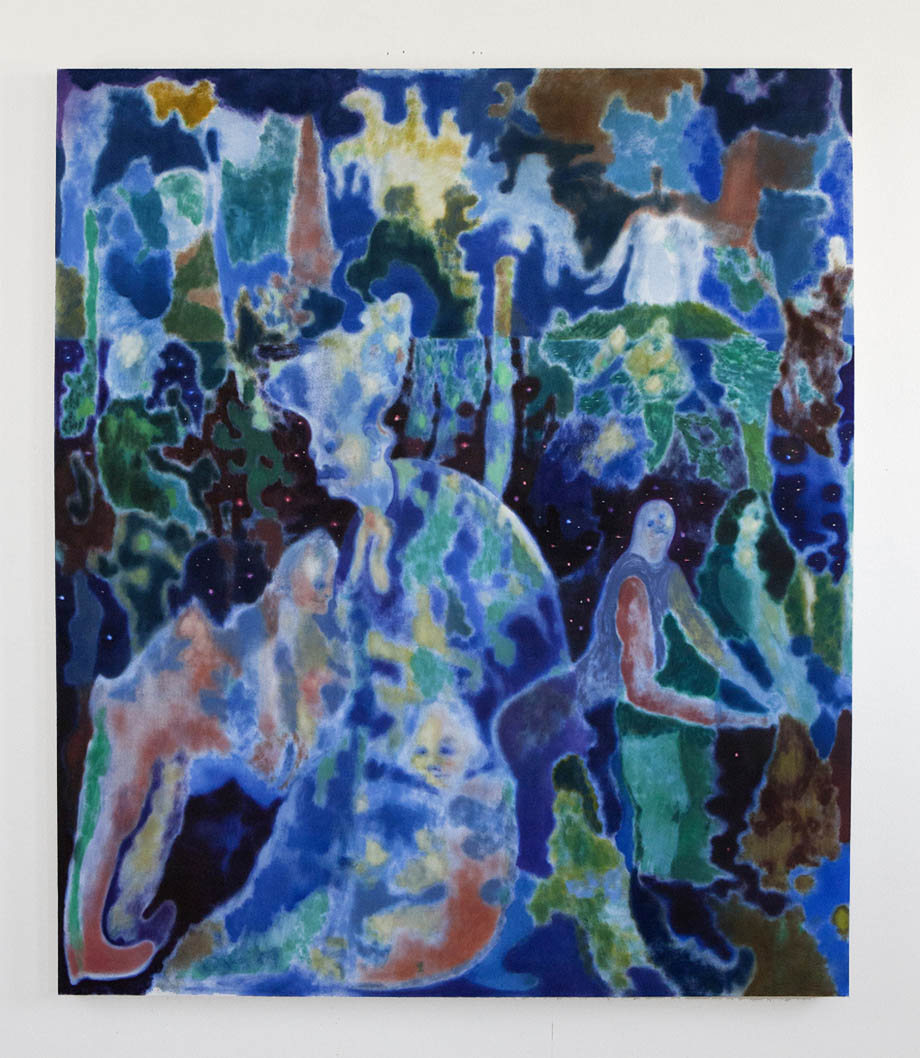 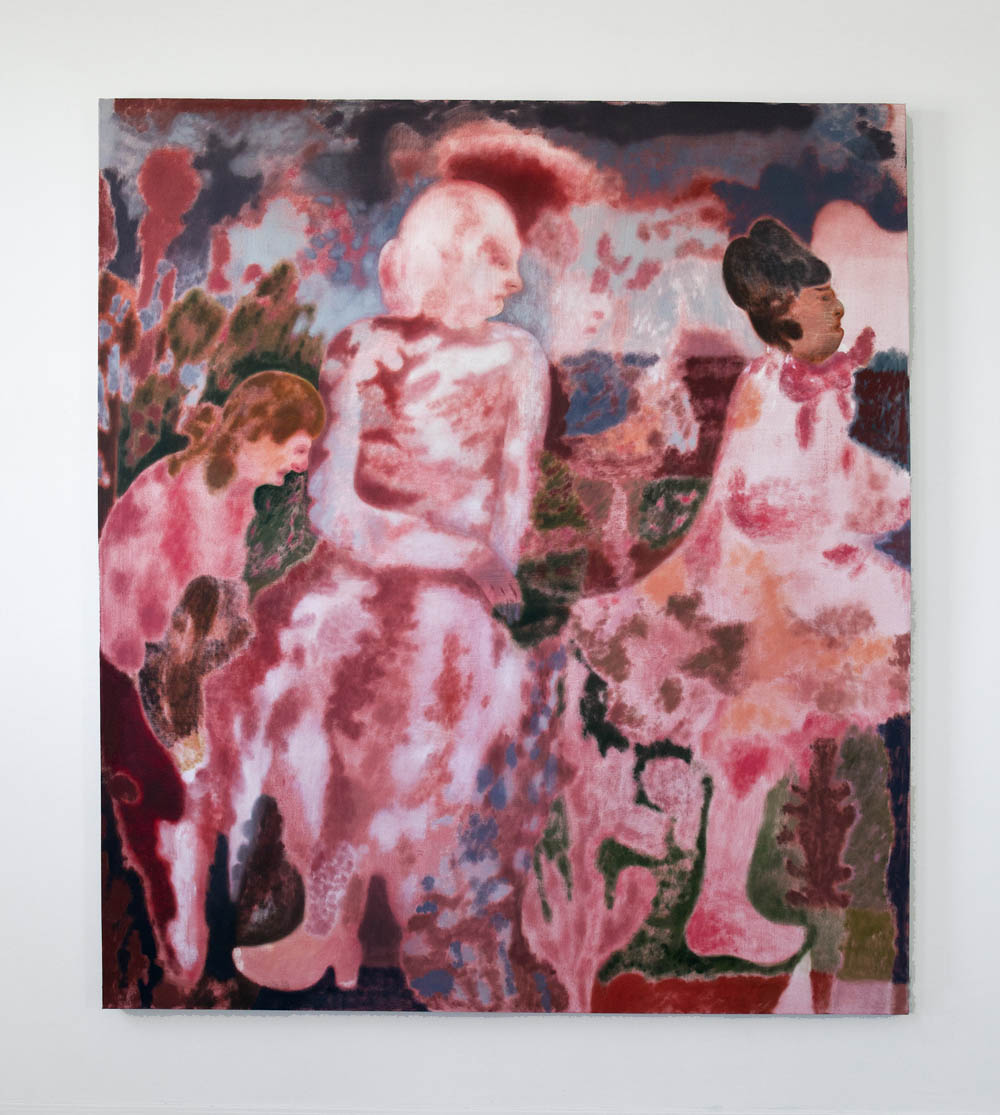 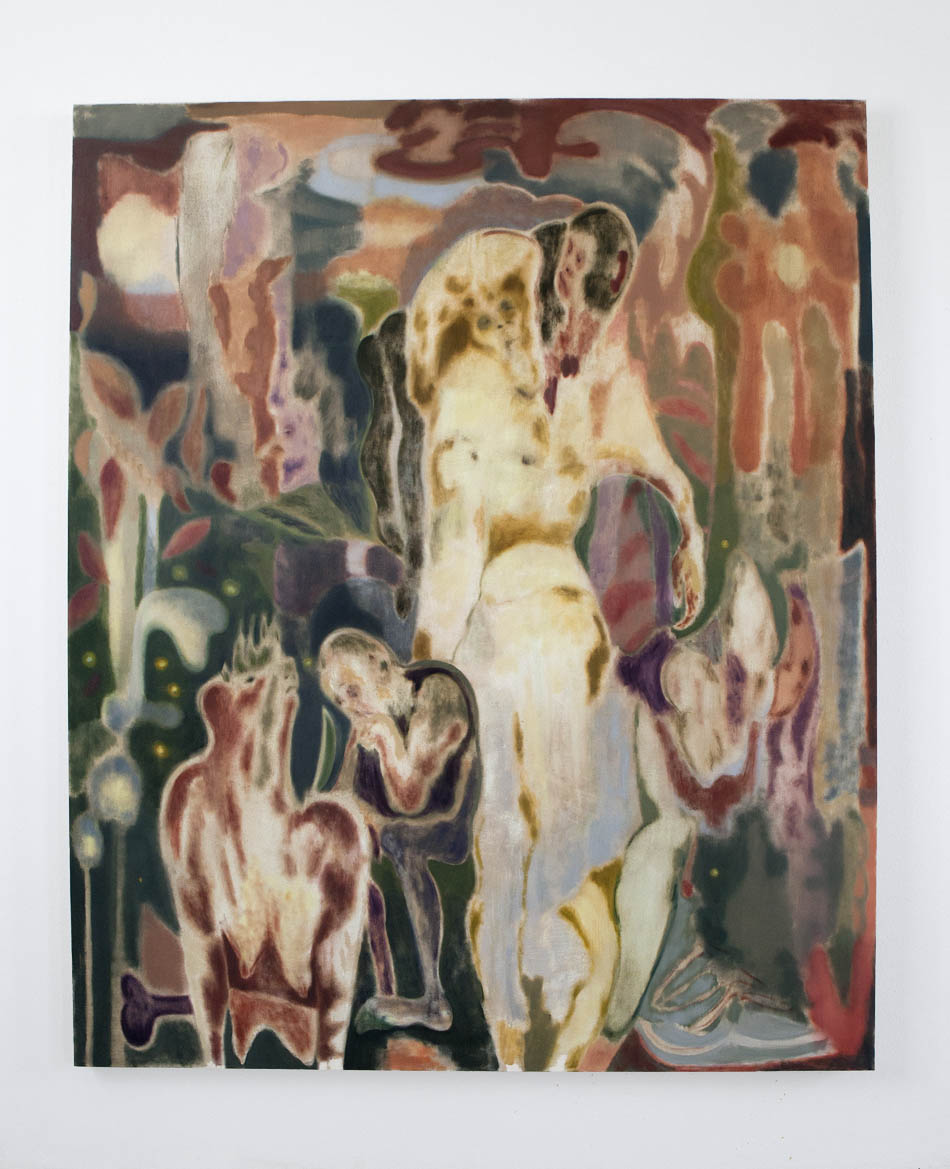 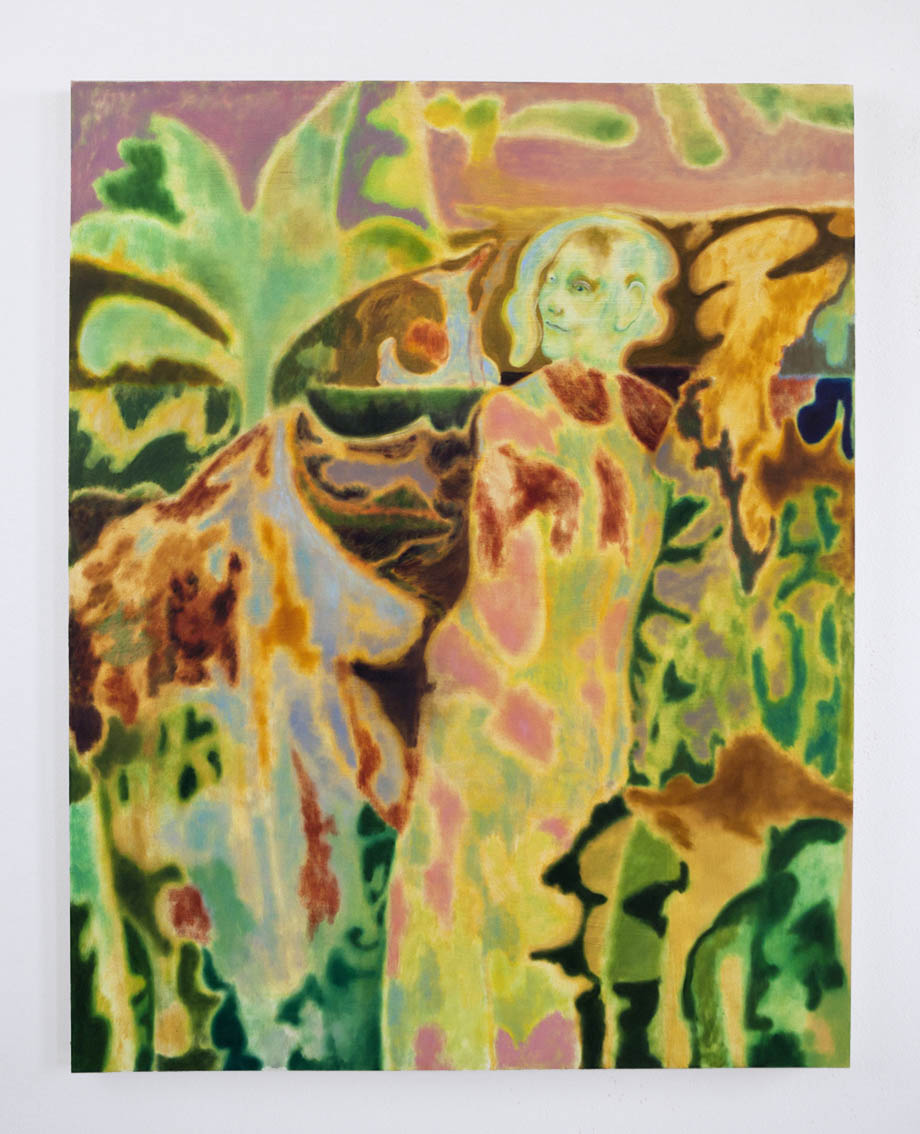 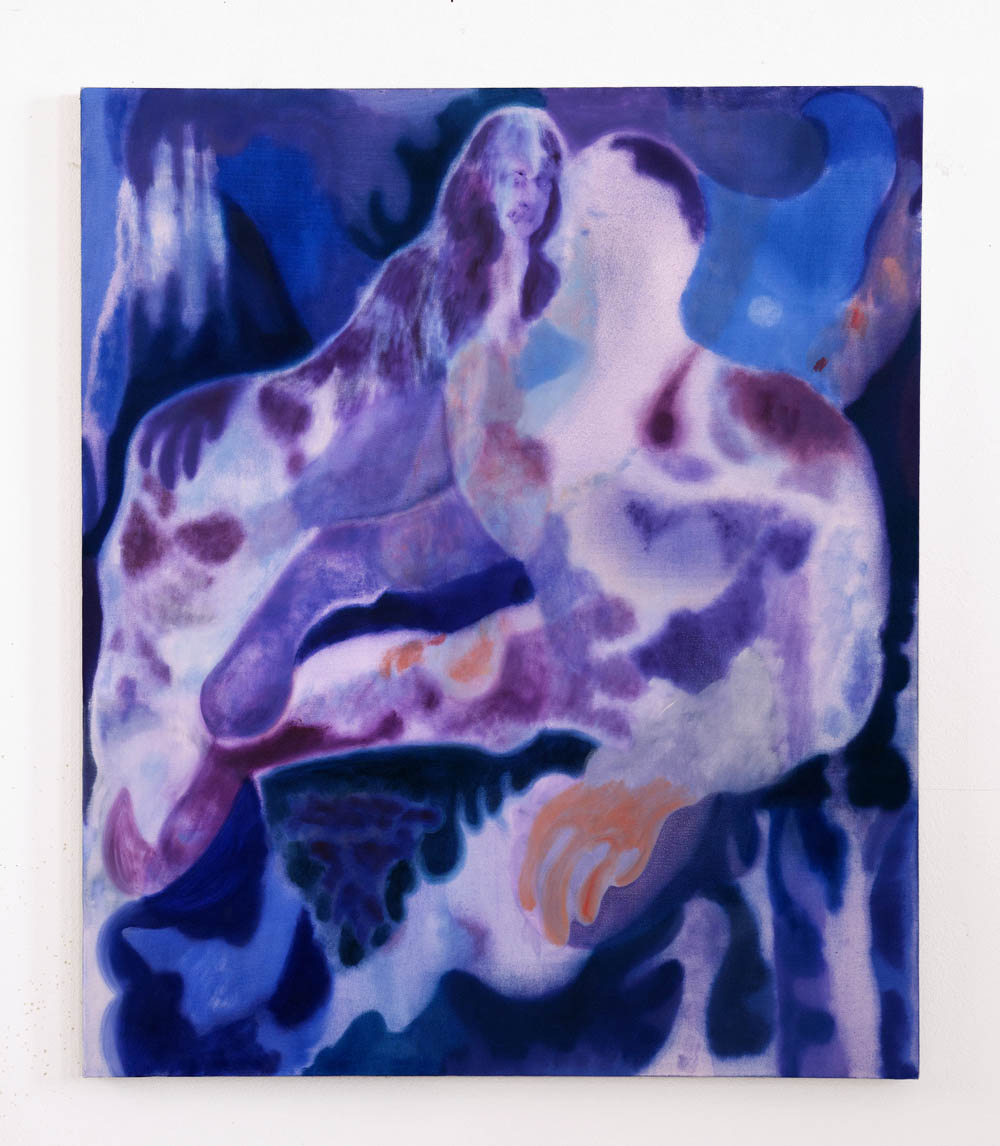 Maja Ruznic, a prolific and active artist, is primarily a painter, a storyteller who conjures form and narrative from ground up mineral, smeared oil, and stained canvas. Born in Bosnia and Hercegovina in 1983, Ruznic immigrated to the United States with her family in 1995, settling on the West Coast where she eventually went on to study at the University of California, Berkeley, later receiving an MFA from the California College of Arts. Ruznic’s often-quoted biography – a refugee who escaped the Bosnian War – is only the beginning of her journey. Ruznic’s vivid paintings speak for themselves, depicting figures that seem to emerge from the caverns of human history, from within their own supports, and somehow from within the viewer’s own recollections. These paintings breach something intrinsically human and Ruznic guides us deftly with dark humor and complex representations, not dissimilar to Werner Herzog’s wry, but poignant 3-D documentary depicting the oldest painted images in the world. Ruznic has exhibited internationally and her work has been written about extensively, most notably in ArtMaze Magazine, Juxtapoz, San Francisco Bay Guardian, Studio Visit Magazine, and twice in New American Paintings, including the cover as selected by curator Anne Ellegood.