Throughout history, and irrefutably still to a degree today, the story of women has been told by men. The voice of women, the depiction of women, the desires of women, were and are largely controlled by a gender that has no experience or knowledge of what it is to be female. Our government, film and advertising industries have fewer women at the table to be representatives of who women are and what we want. This certainly has consequences on what women even believe themselves about who they should be, what they should value, and how they should project themselves. This work aims to shift the amplifier to a woman telling a woman’s story. Girls and Guise references a play on words. In this context guise references both the facade created by men of the female gender, and the heavy emphasis of the patterned clothing and interiors in the pieces. Their clothes, or guises, and environments are infused with feral and aggressive animals, a symbolic rebellion against the historical domesticated depiction of women. The jarring, faceless compositions represent any and all women who desire to define their own perspective and create their own narratives. Intentional hand gestures hint at conviction to do so. 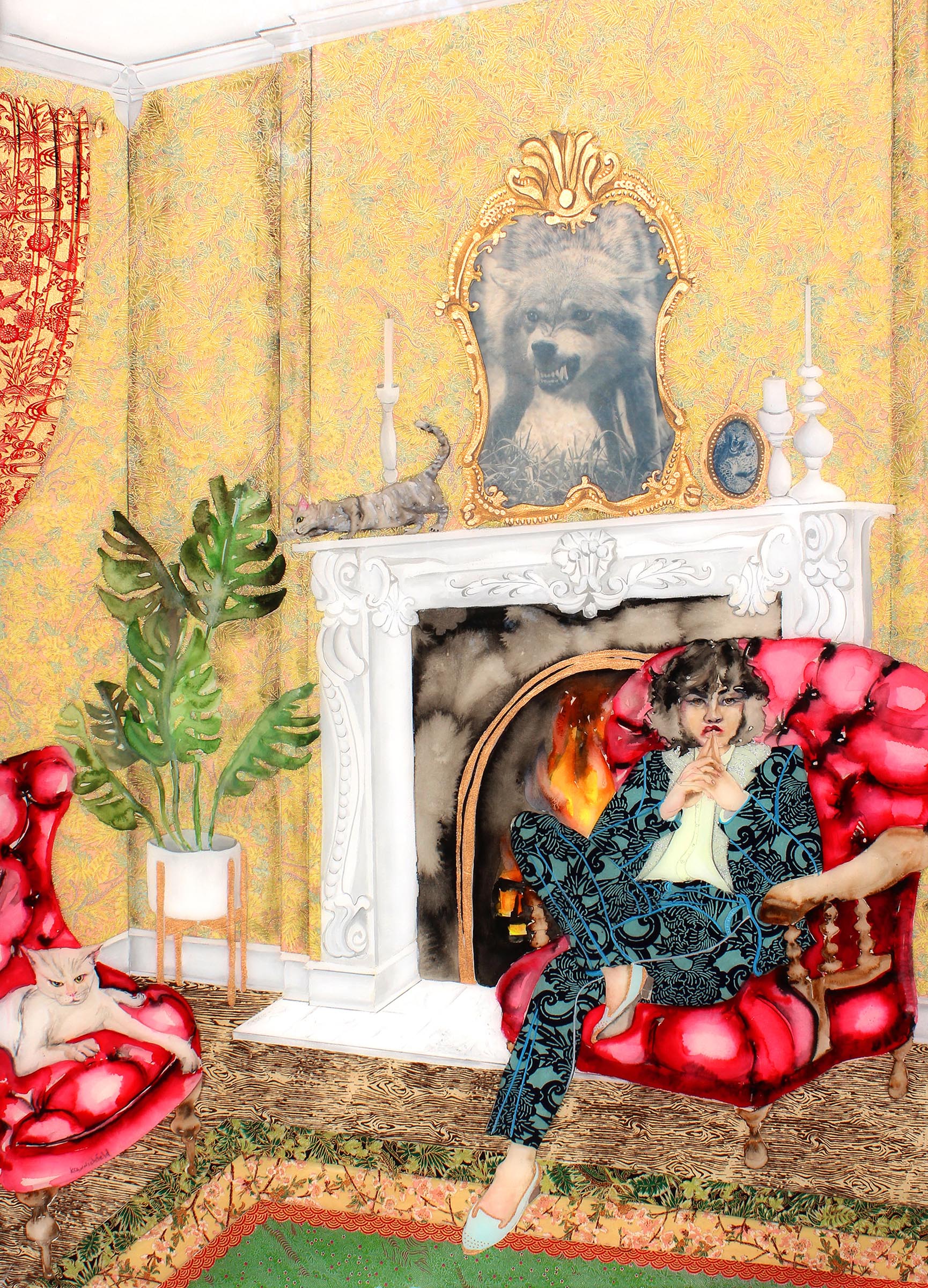 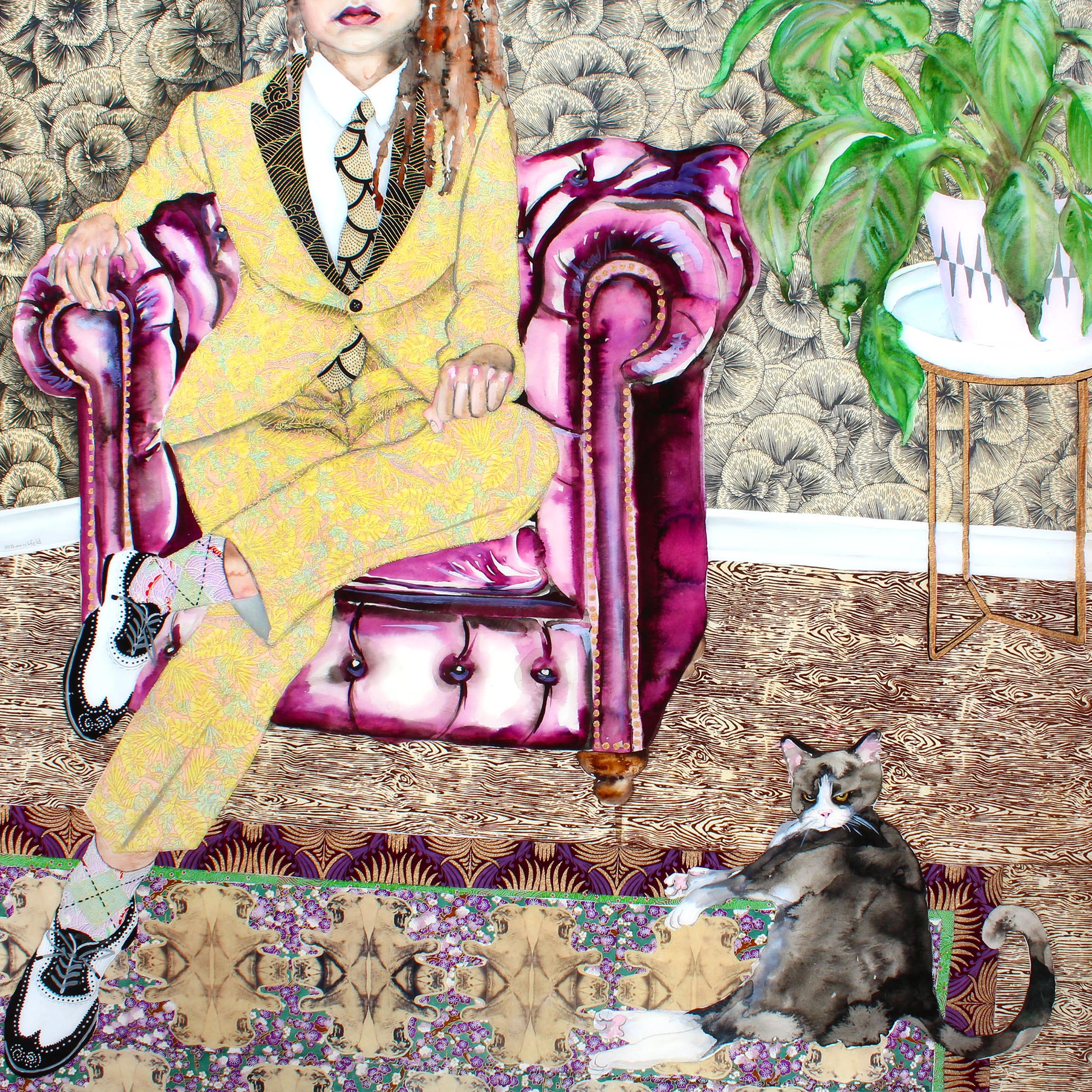 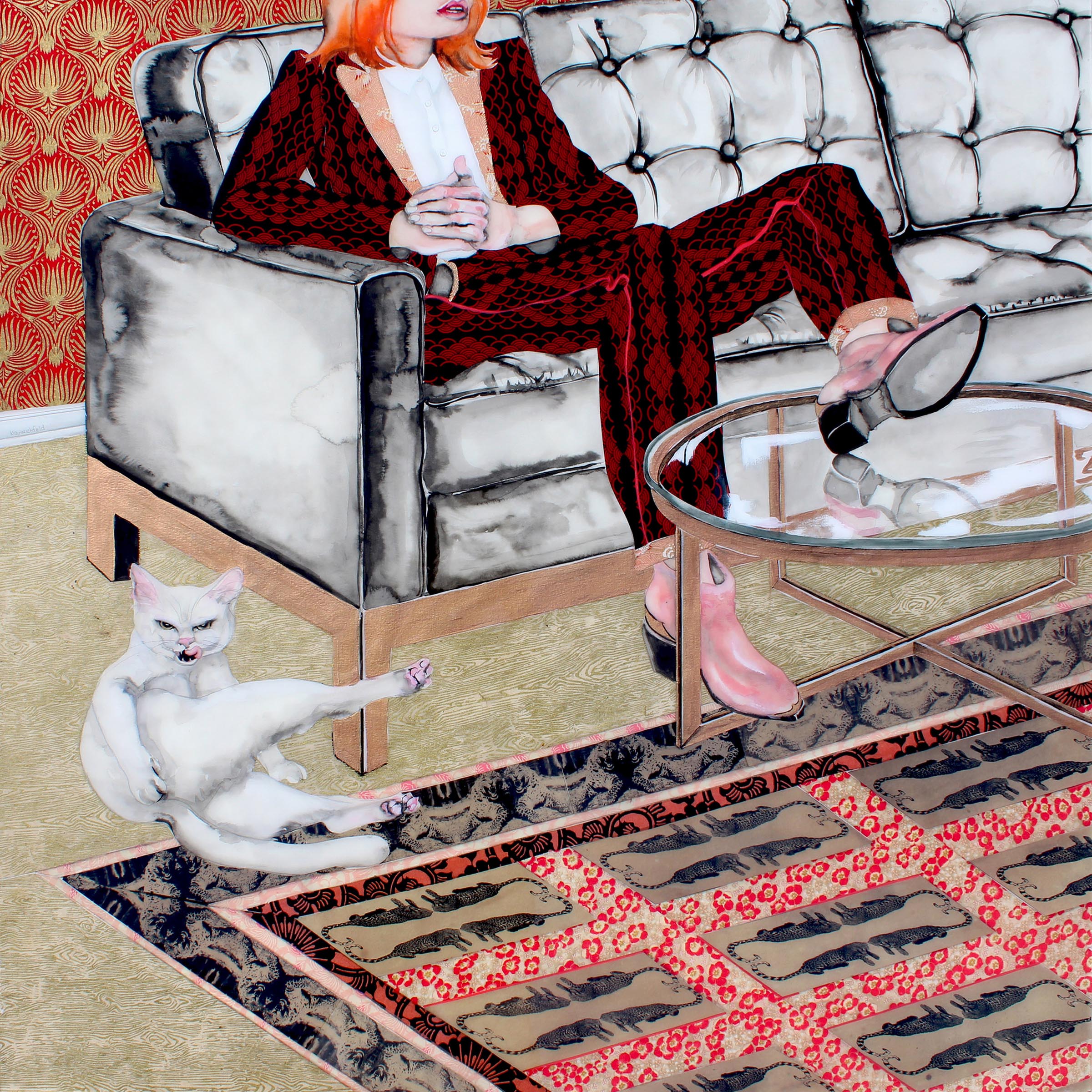 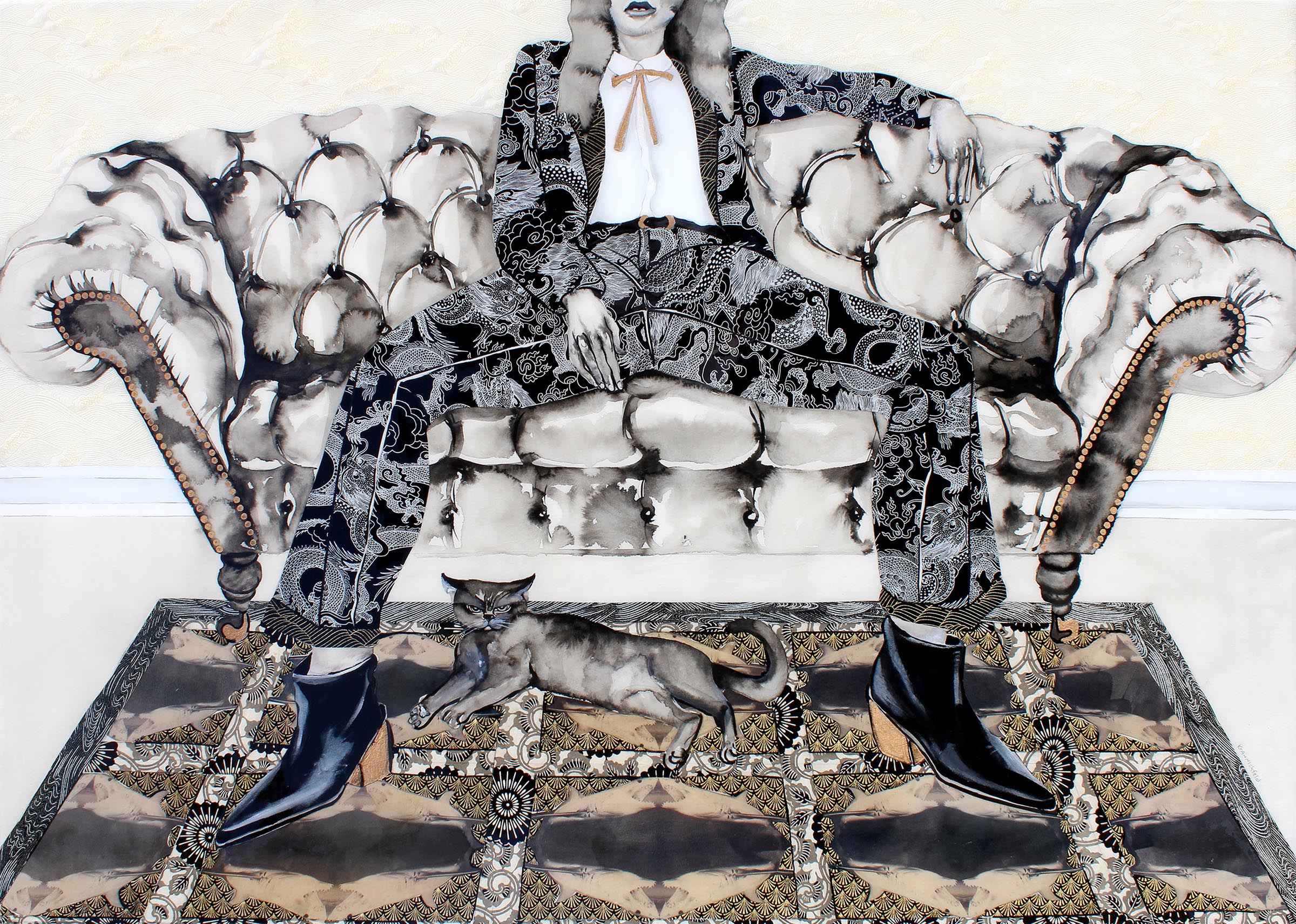 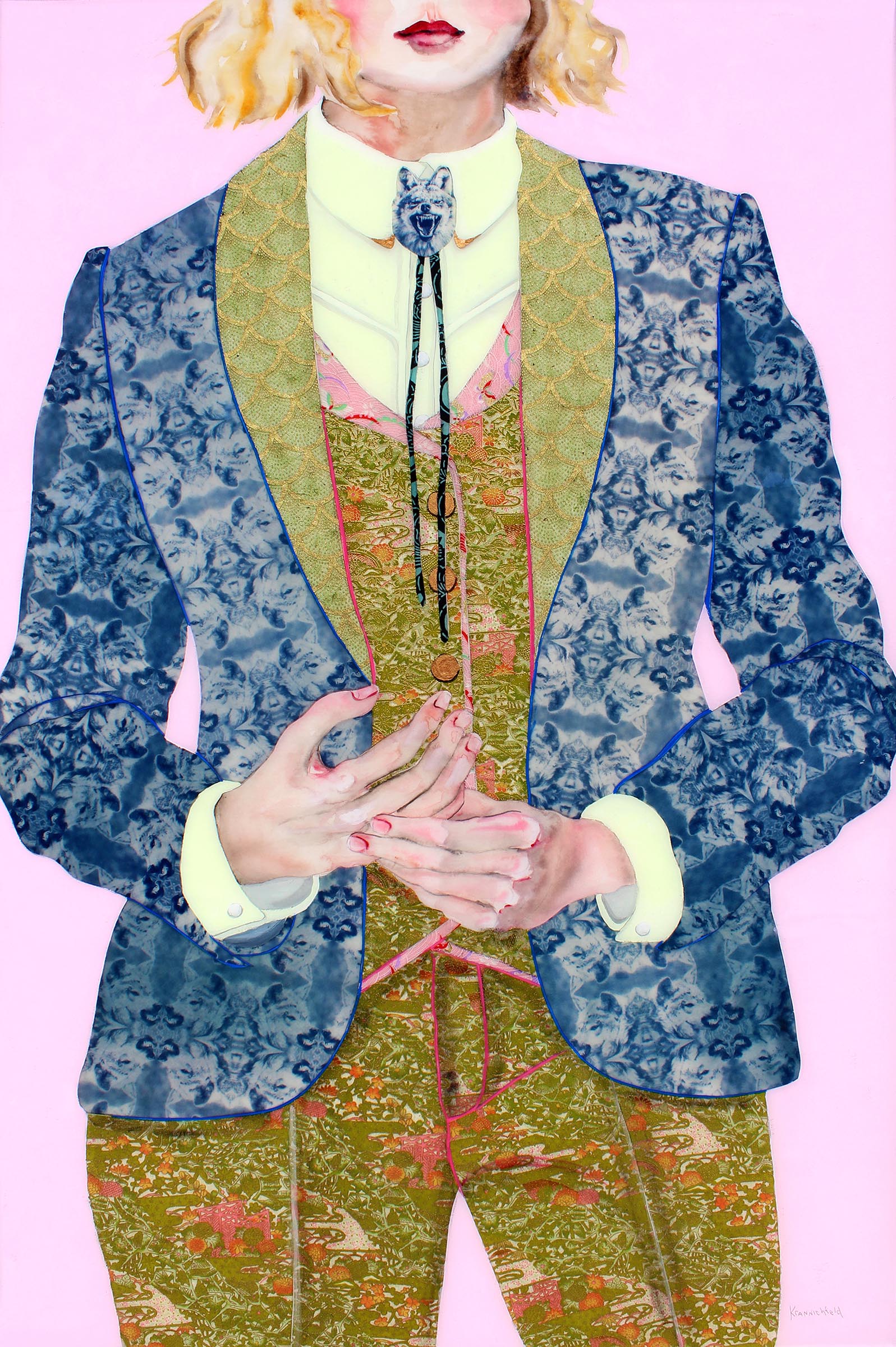 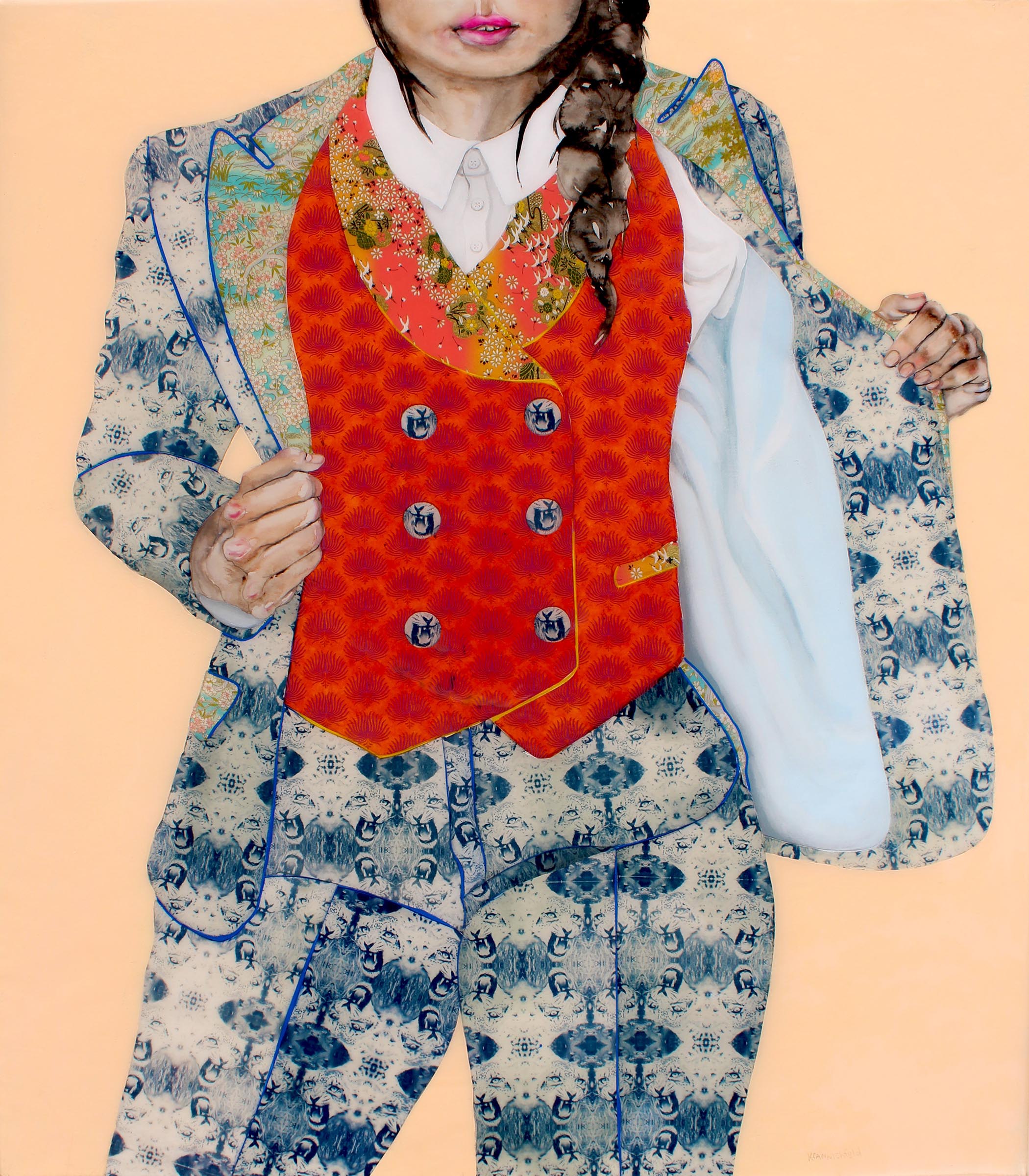 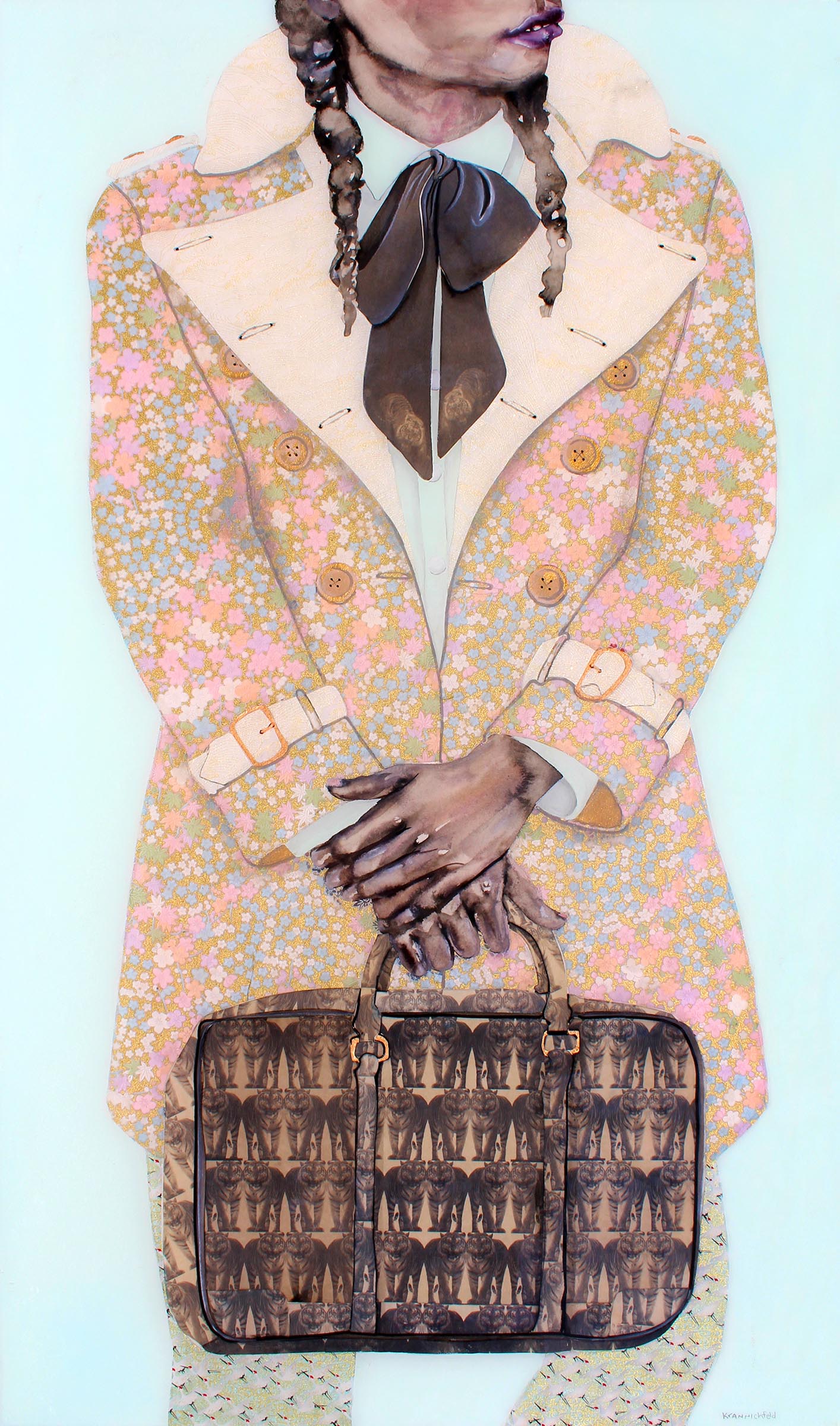 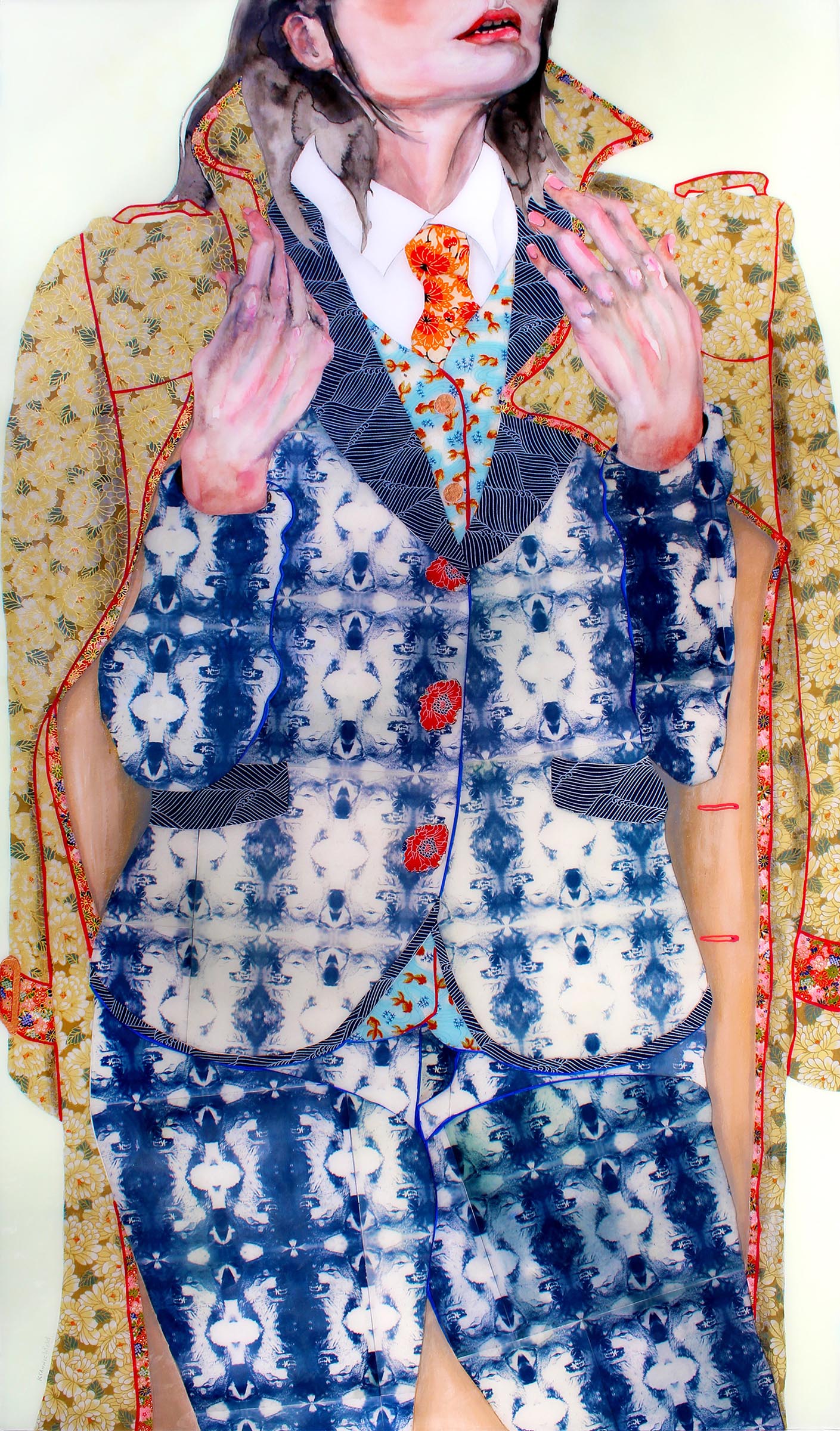 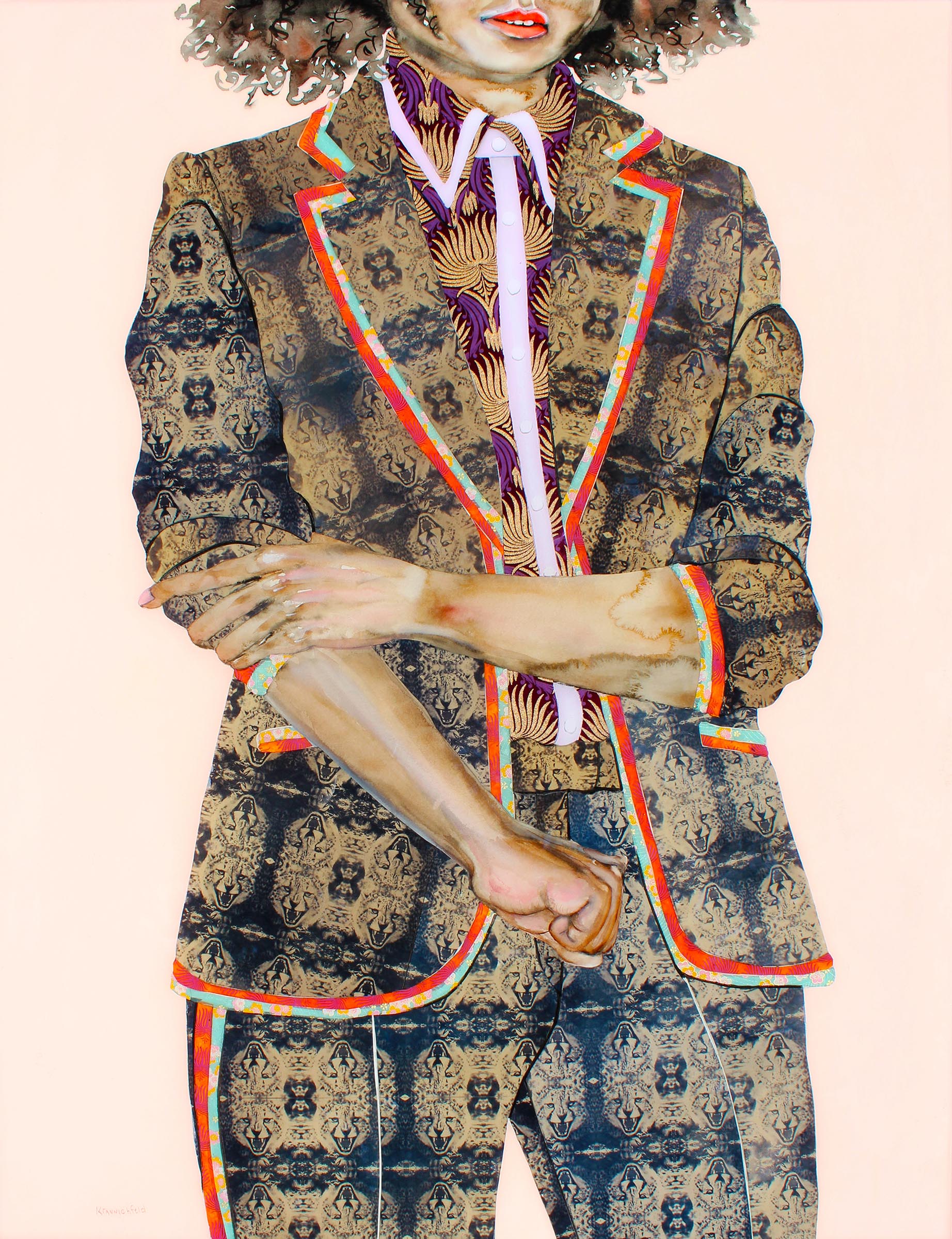 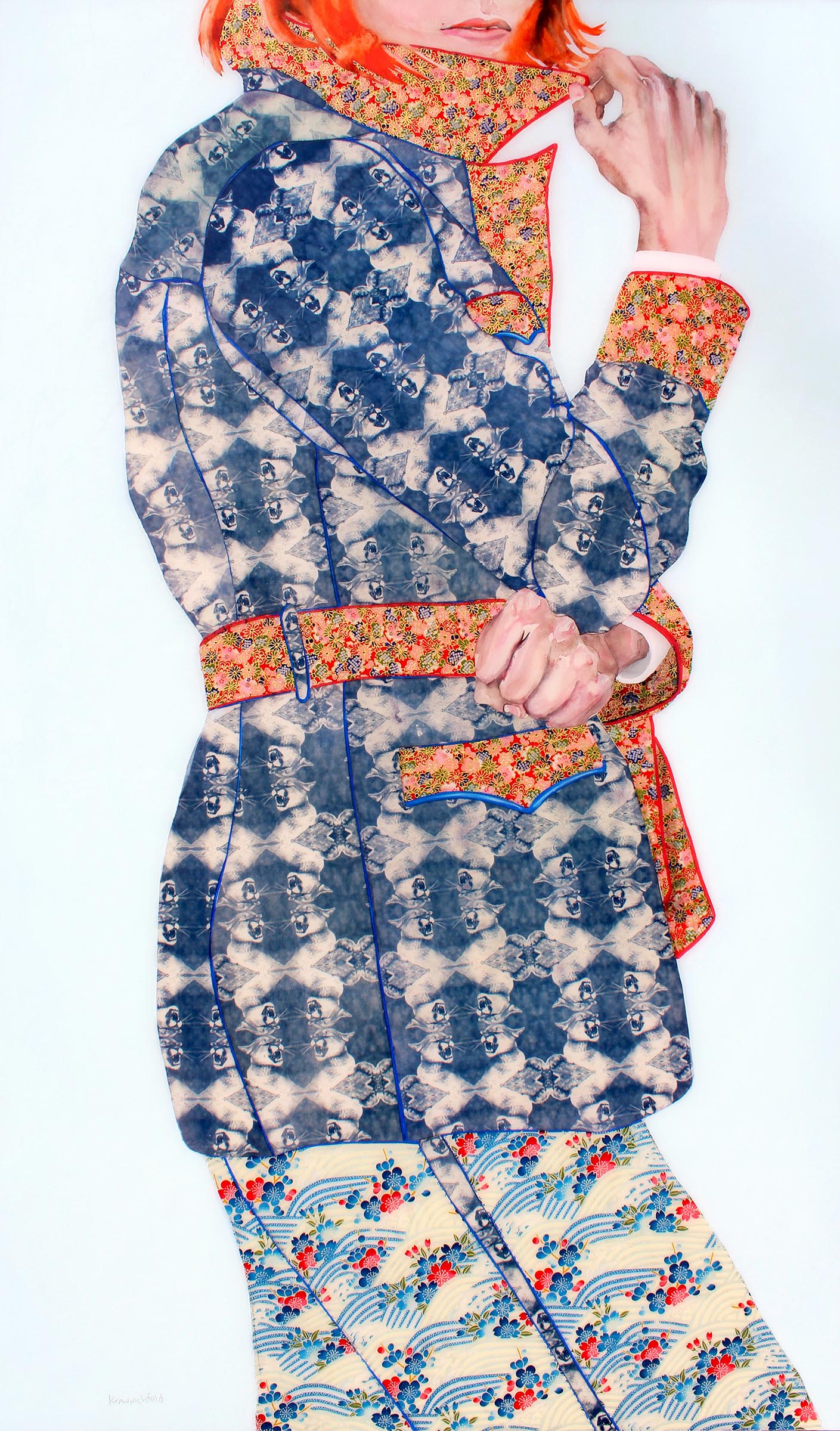 Lisa Krannichfeld was born and raised in Little Rock, AR in an interesting cultural mix of a Chinese family living in the American South. Her experiences growing up in these two intermixing cultures and their traditions have greatly influenced her work, which primarily focuses on the woman as its subject. Her expressive portraits refute the traditional portrayal of women being passive subjects to gaze upon. Lisa uses traditional Chinese ink and watercolor materials in an uncontrolled, free-flowing way often mixed with unconventional materials.
Her work has been featured in numerous publications and exhibitions nationally and internationally including shows across the United States, Asia, Australia, and Europe. Her work has received critical acclaim including the Grand Award Prize in the 2018 60th Annual Delta Exhibition, the Grand Award in the 2017 Fort Worth Community Arts Center Juried Exhibition, and Best of Show in the 2017 Magic City Art Connection Art Fair in Birmingham, AL.

Most recently she was the face of Saatchi Art's Spring 2019 "Refuse to be the Muse" campaign and had work published in the juried Studio Visit Magazine, Vol 41/42. Her work is included in several collections throughout the world.