In the last decade my work has explored the intervolved histories of the Caribbean plantation system and the industrial revolution and subsequent creation of the English working class. I believe that by studying these histories in parallel one can discover a deeper understanding of the creation, machination and dominion of capital. The Caste Portraits investigated the practice of the grading from black to white of skin colour, which marked the extent of racial mixing in 18th century colonial Haiti. The project depicting the nine skin varieties, with myself at one end of the scale as ‘Blanche’, and my partner, Andre Eugene, a Haitian sculptor, at the other end of the racial spectrum as ‘Noir’. In the Caste|Cast project, the Caste portraits are revisited to speculate further on parallel histories linking Northern England and Haiti. Ellesmere Port, my home town, is equidistant between Liverpool, a city built upon the slave trade and Manchester, built upon the industrial revolution. This project exhibited the portraits alongside a film of a river journey from Manchester, along the Manchester Ship Canal, past Ellesmere Port and finishing in Liverpool. Quotes from historians and scholars appear on screen, which highlight shared economic and political histories. Two short 16mm films, one of machinery fabricated near Liverpool and now lying ruined and overgrown sinking into the earth in Haiti and one of the storage rooms in the National archives where the only known printed copy of Haiti's Declaration of Independence dated January 1st 1804, was discovered, show Haiti’s history hidden and embedded in Britain’s colonial archives whilst Britain’s industrial past lies rusting and overgrown in Haiti’s tropical landscape. The ’Kingdom of This World: Triptych’ has a prophetic photographic reconstruction of William Blake’s illustration of ‘Europe Supported by Africa and the Americas’, from a book used by the British abolitionists, at its centre. The reconstruction functions as a stark look at a future where the old economic power balances are shifting and changing. This is flanked by two constructed portraits based upon a John Thomas Smith illustration from his 1817 book, 'Vagabondiana', which depicts an injured black British sailor begging in Whitechapel’s streets with a ship on his head to denote his former employment. John Thomas Smith, a colleague and friend of William Blake, depicts a swathe of British people who chose the life of the vagabond or beggar rather than the misery of working in the Northern factories. This triptych portrays the intervolved histories between the disenfranchised British working class, the ironic complications of the abolition movement and the complexity of the Haitian Revolution. It is accompanied by a short film shot on analogue super 8 shot at the Citadelle. I am now furthering my explorations of the capitalist accumulations of the 16th to 19th centuries by exploring the enclosure acts and their links to the property, territory and colonialisation of the Caribbean. The enclosure acts describe the legal process through which common rights over land were terminated and the common land converted to the exclusive property and use of a landowner. This project starts from a belief that a deeper understanding of the enclosure acts, along with the industrial revolution and the American and Caribbean plantation system, is vital to having a critical understanding of the systems and politics that will inhabit now. The photographs were taken on an analogue medium format camera with black and white film and the subsequent prints are hand-tinted using traditional photographic dyes. We used this process to enliven the landscapes, through colour, with a form of magical realism and invoke the uncanny nature of the land. This serves to highlight a lost deeper, more mystical, often matriarchal and less mercantile connection to the land. It is the breaking of this relationship which Italian feminist historian, Silvia Federici, argues was central to the capitalist expansion of which the Enclosure Act was a dominant apparatus. 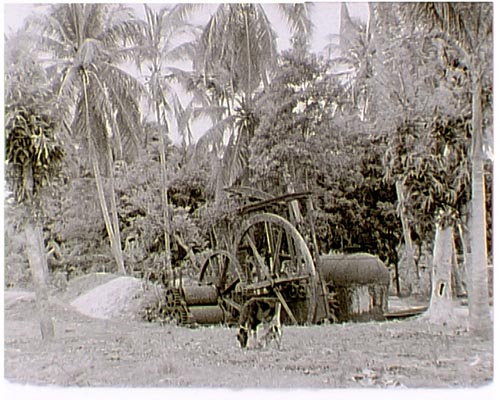 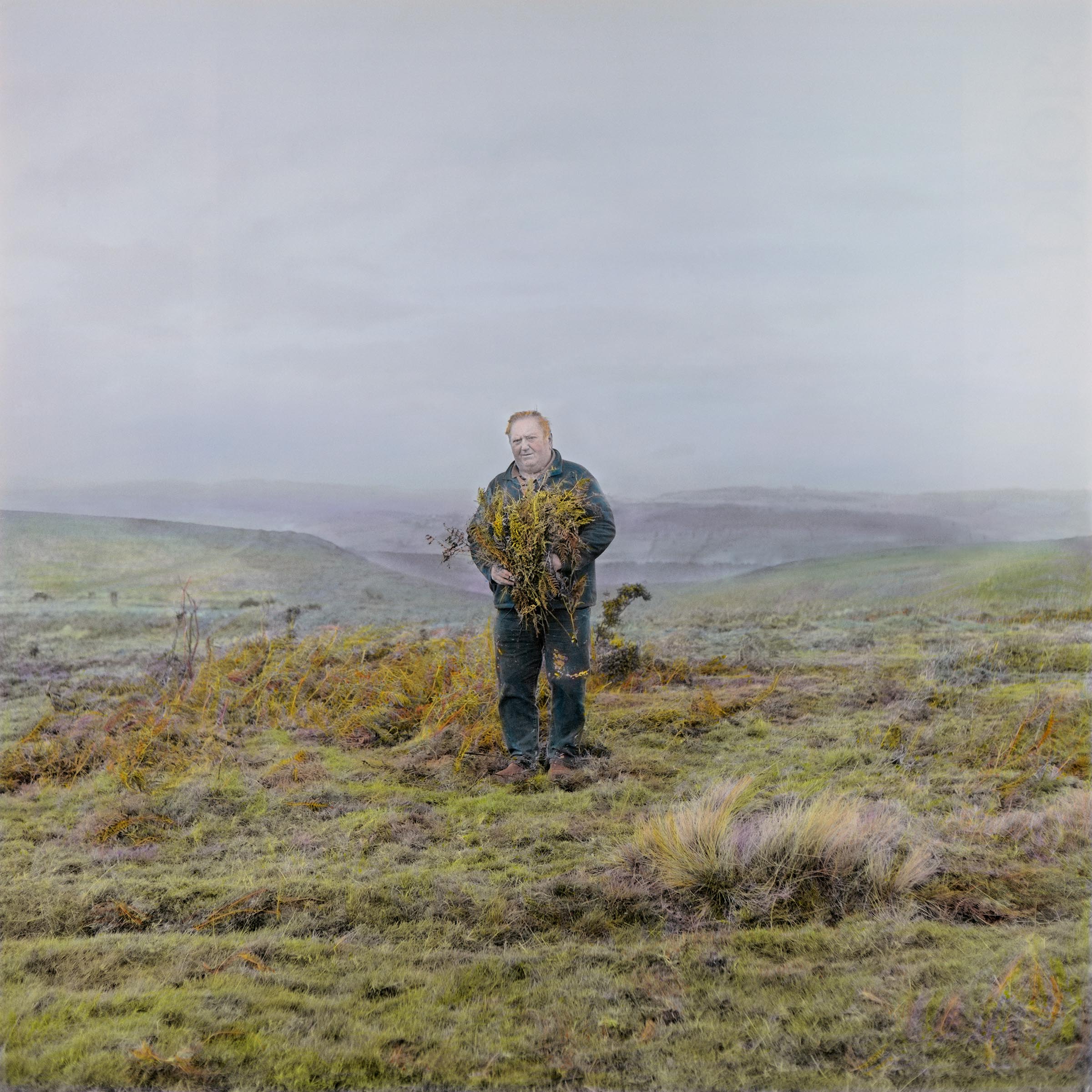 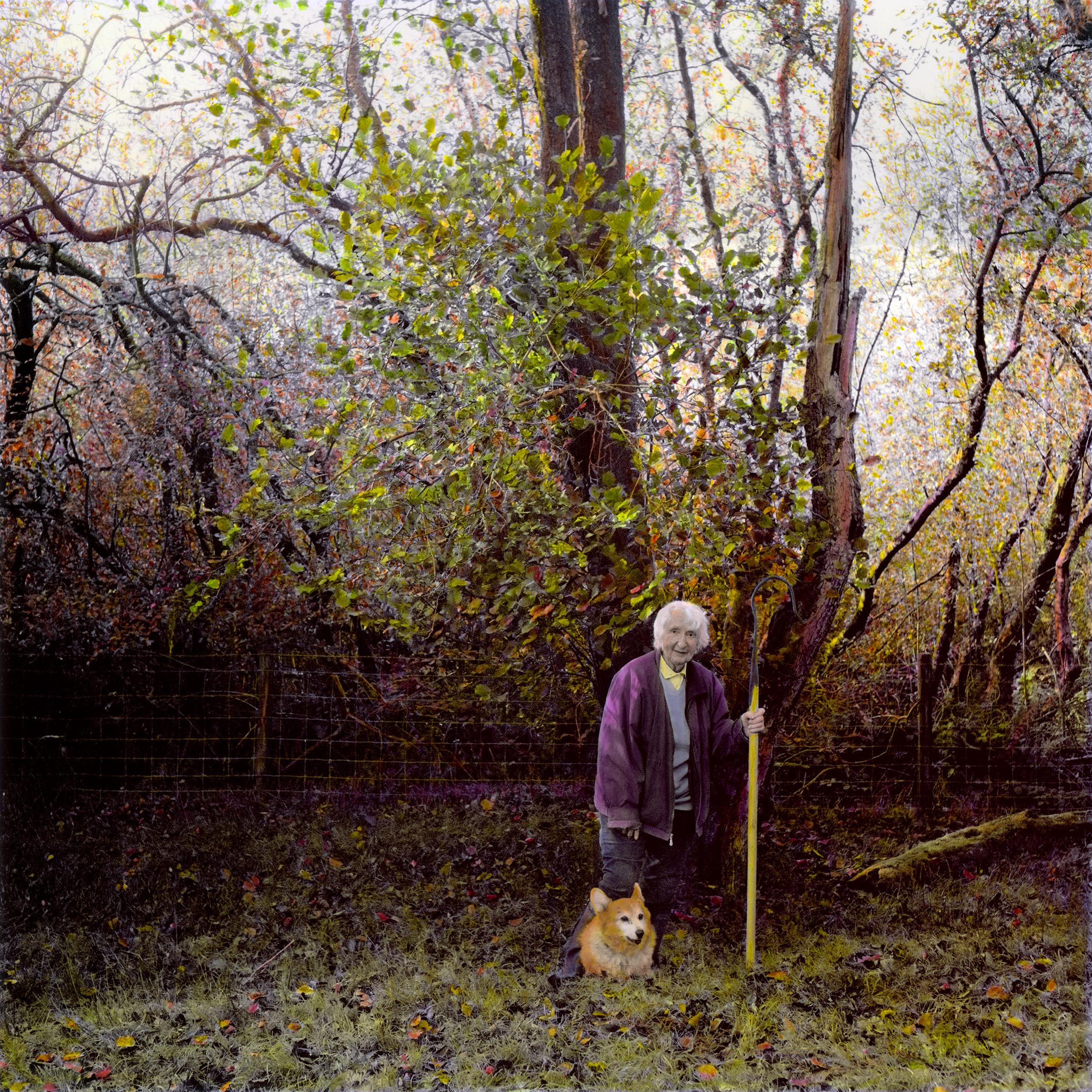 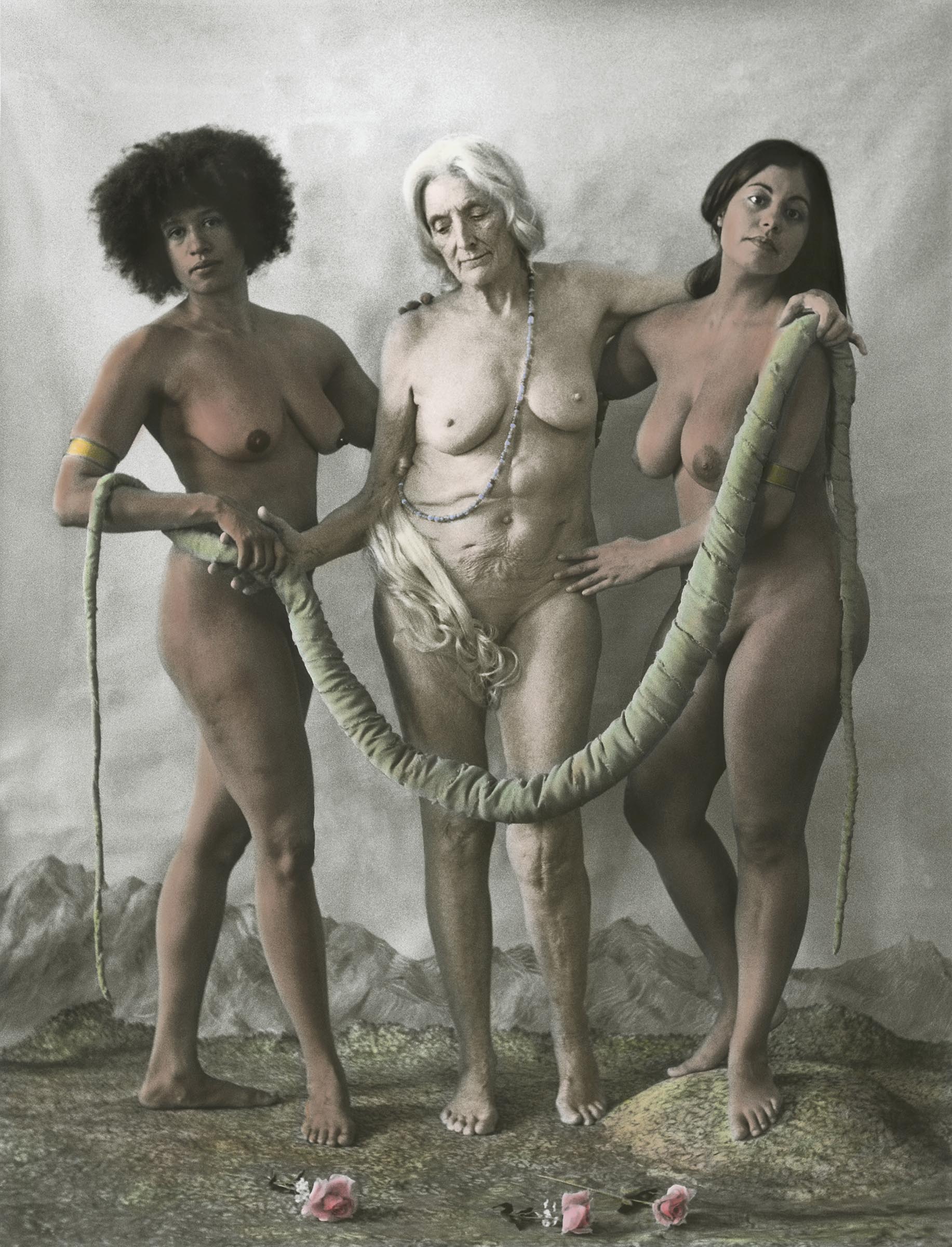 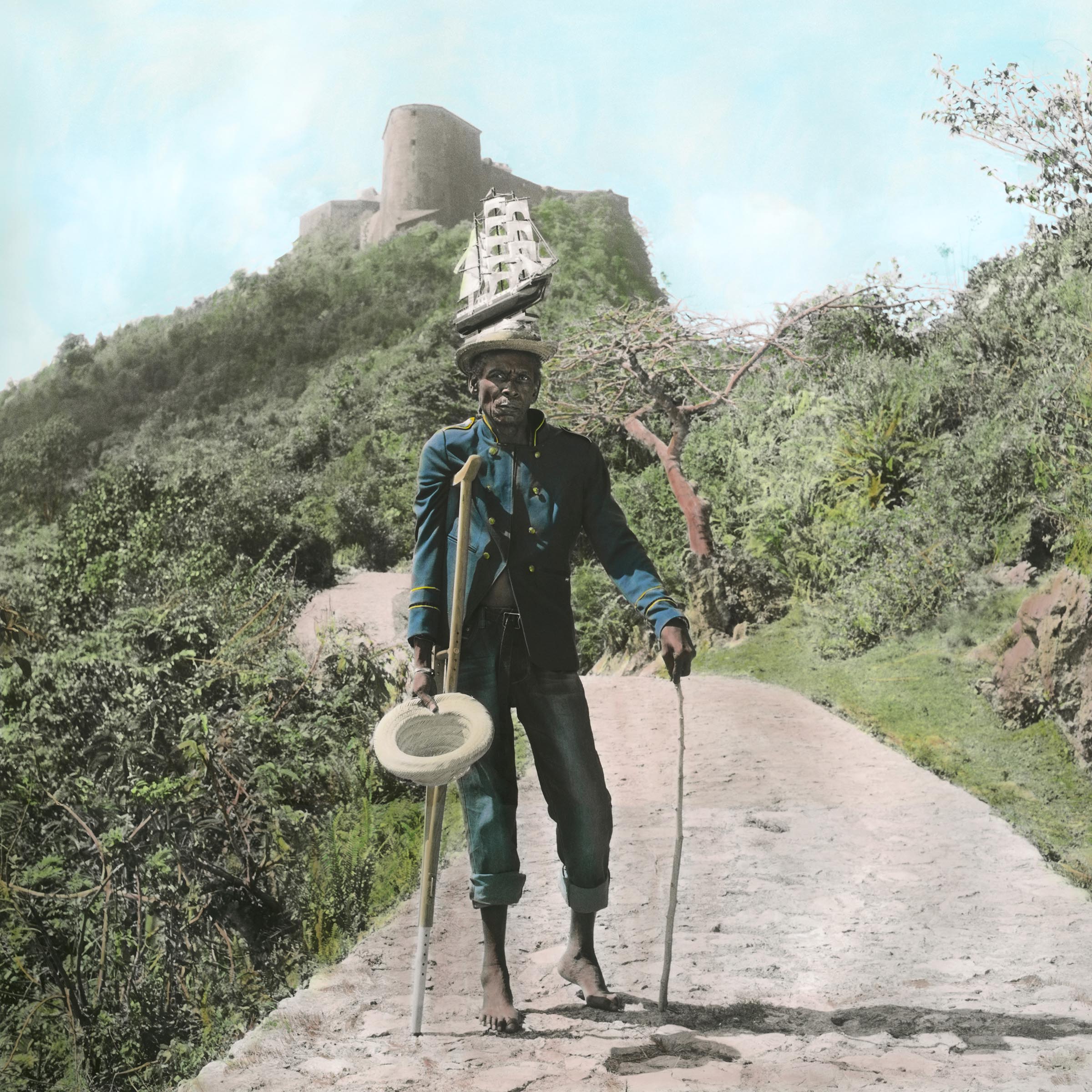 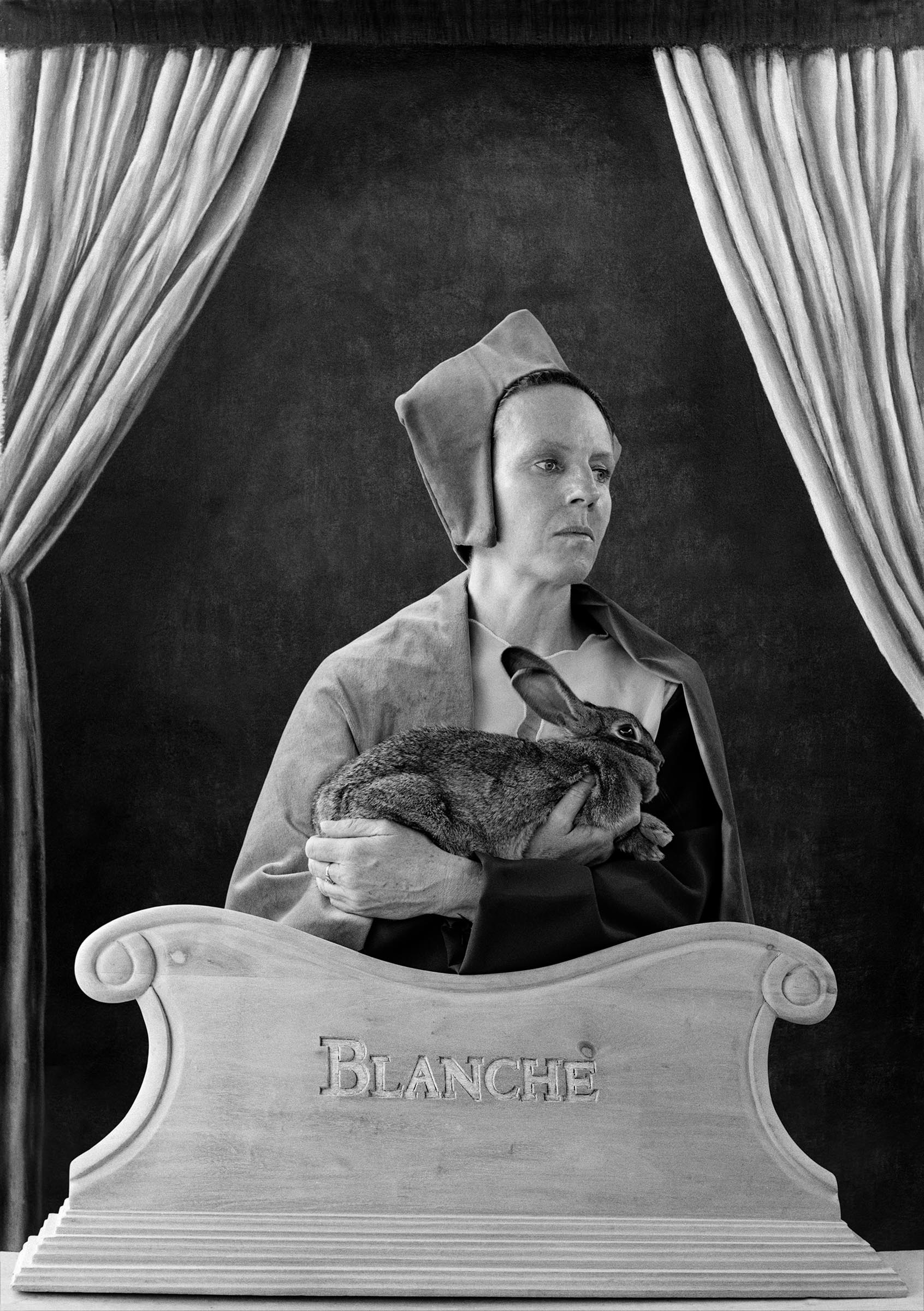 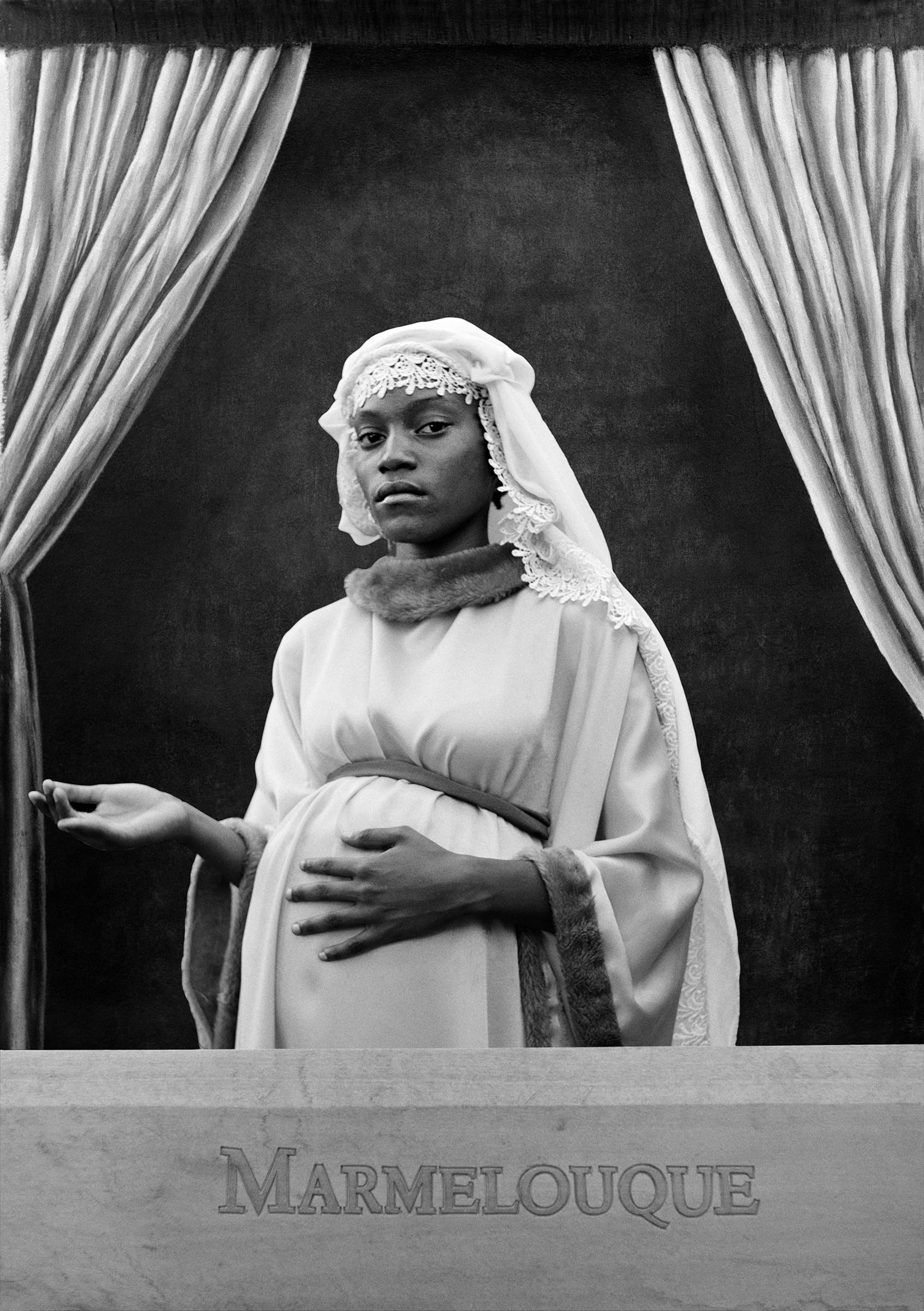 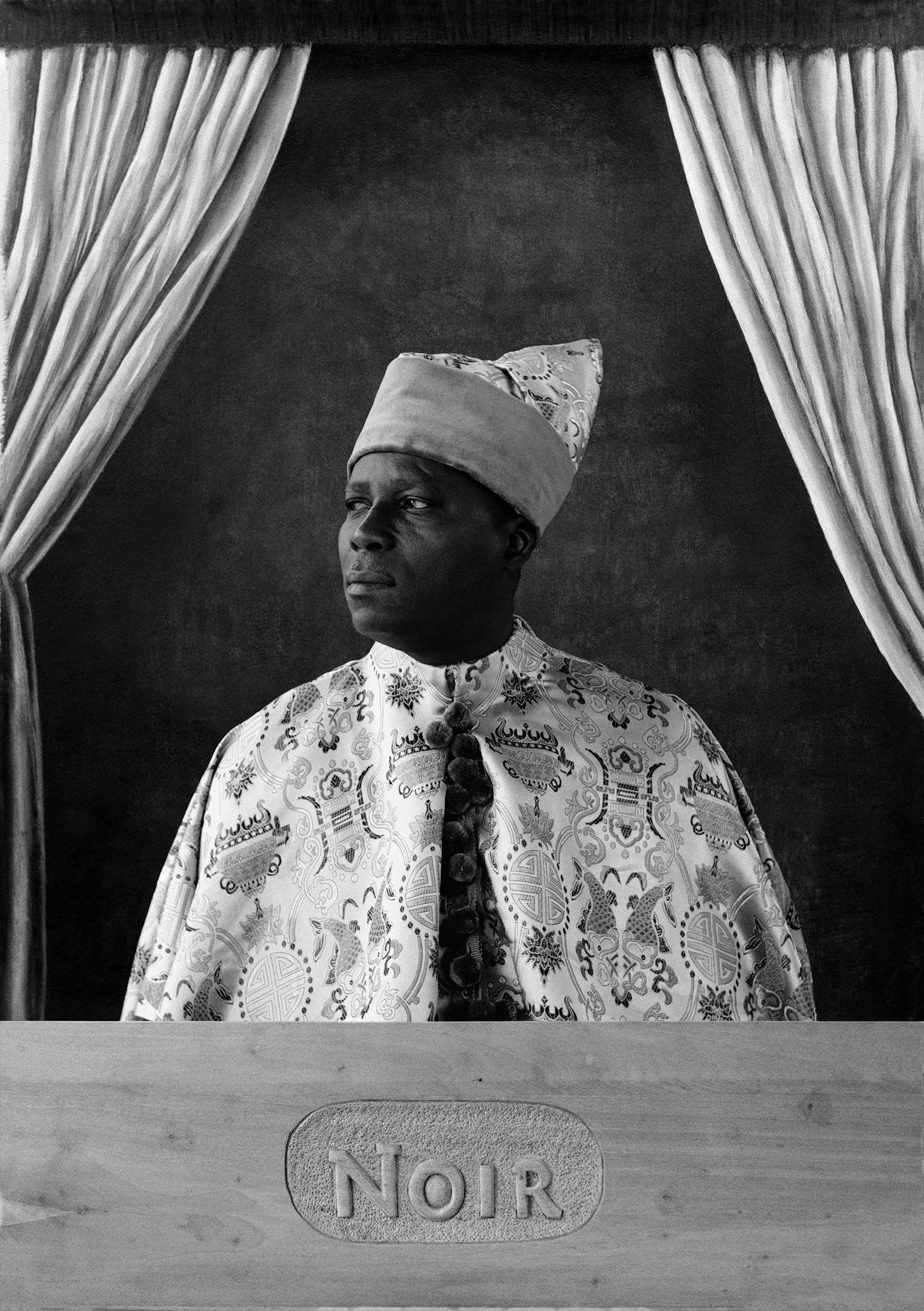 Leah Gordon (born Ellesmere Port) is a photographer, film-maker, curator, collector and writer. In the 1980's she wrote lyrics, sang and played for the feminist folk punk band, 'The Doonicans'. Leah makes work on Modernism and architecture; the slave trade and industrialisation; and grassroots religious, class and folk histories. Gordon’s film and photographic work has been exhibited internationally including the Museum of Contemporary Art, Sydney; the Dak’art Biennale; the National Portrait Gallery, UK and the Norton Museum of Art, Florida as well as broadcast on Channel 4, Arte and PBS. Her photography book 'Kanaval: Vodou, Politics and Revolution on the Streets of Haiti' was published in June 2010. She is the co-director of the Ghetto Biennale in Port-au-Prince, Haiti; was a curator for the Haitian Pavilion at the 54th Venice Biennale; was the co-curator of ‘Kafou: Haiti, History & Art’ at Nottingham Contemporary, UK; on the curatorial team for ‘In Extremis: Death and Life in 21st Century Haitian Art’ at the Fowler Museum, UCLA and was the co-curator of 'PÒTOPRENS: The Urban Artists of Port-au-Prince' at Pioneer Works, NYC in 2018 and MOCA, Miami in 2019. In 2015 Leah Gordon was the recipient of the Colección Patricia Phelps de Cisneros Travel Award for Central America and the Caribbean.