Joshua Hagler discusses his earliest memories of making art, balancing studio time as a new parent, transitioning from the “It-World” into the “You-World” & the profound effect of forgoing the language of consensus 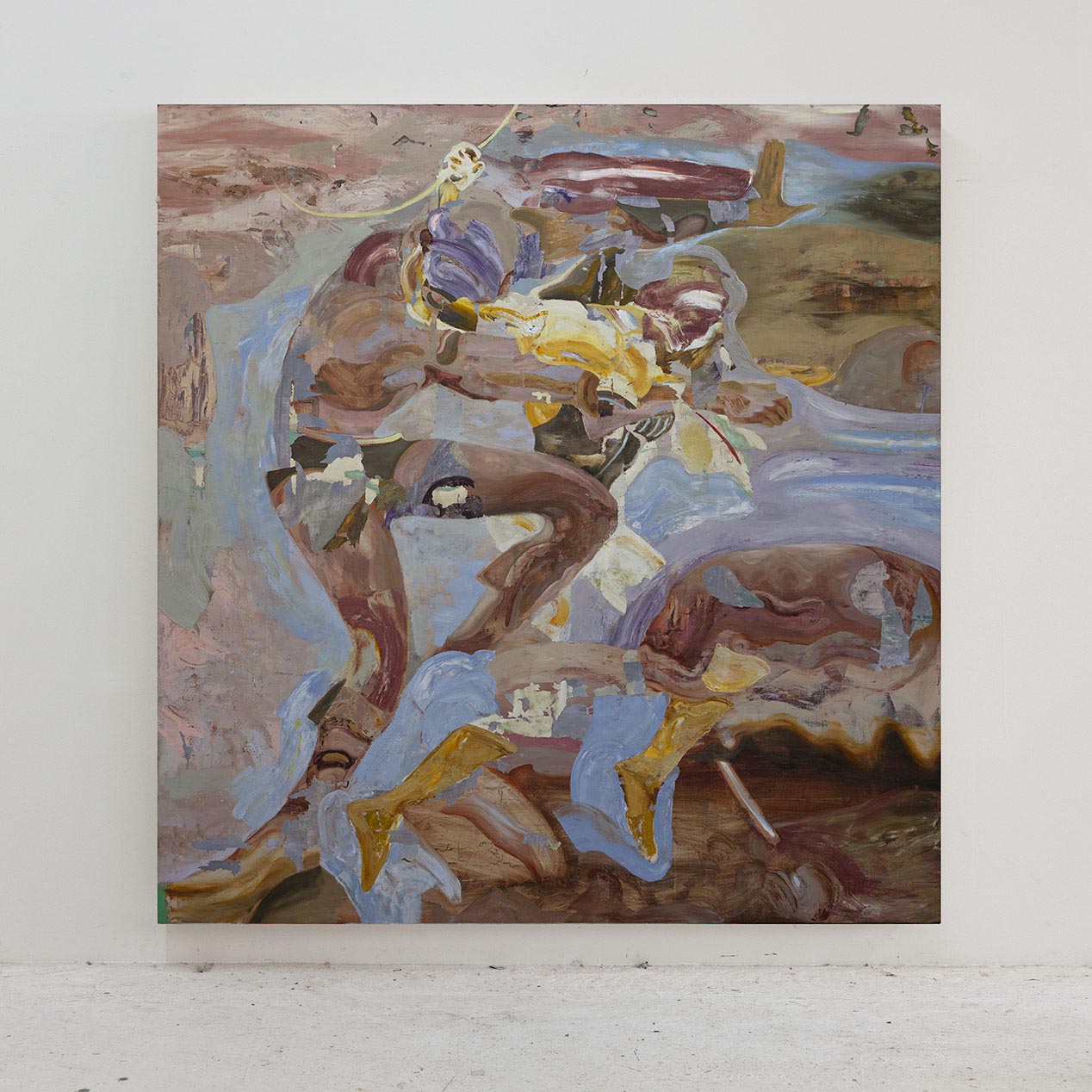 How did you get into making art?
I can’t remember a time before I drew. I have this memory of my mother drawing a sort of gingerbread man. She laughs when I tell this story because she doesn’t draw or think of herself as an artist. But when you’re five years old and at one moment there were only stick figures in the world, and, in the next, there are figures with empty space inside them that can be filled with whatever the imagination might conjure, a whole new world is made possible! I immediately sought to fill in the gingerbread men, to find out who they could be. In kindergarten I met a buddy named Brandon who was born on the same day as me, October 23rd, who was a great drawer of castles. Together, we learned we could create a world of castles populated with a diversely decorated cast of gingerbread men. We were pals, we were collaborators, we were twins! Around that time, my youngest brother died. My memories of this time are strange, and, in many ways, absent. But among these strange memories was a DC Comics jigsaw puzzle given to me with Superman, Batman, Robin, Wonder Woman, and Aquaman jumping/flying/swinging into action around a burning offshore oil platform. Evidently, if you’re a child and a sibling dies, adults give you presents, but I can’t remember who gave it to me. I only know that I became obsessed with superheroes. I loved comic books and wanted to draw them. So I began telling superhero stories with my drawings. It was a great escape. After high school, I went to the University of Arizona to major in illustration and there began writing a script for a comic books series called “The Boy Who Made Silence,” which would later win a Xeric Grant and find a publisher in the U.K. So in my first of many artist lives, I was a comic book writer and artist, though by then, not of the superhero variety. Where once I made art as a means of escape, I began, without knowing it yet, to make art which might repatriate me to a past from which I felt estranged, so that the world I knew might be made whole. This is impossible, of course, and so, in desperation really, the iterations have been diverse; the unarticulated orientation I had with memory, myth, and absence brought me into and through many artist lives, of which “contemporary art” is only one. 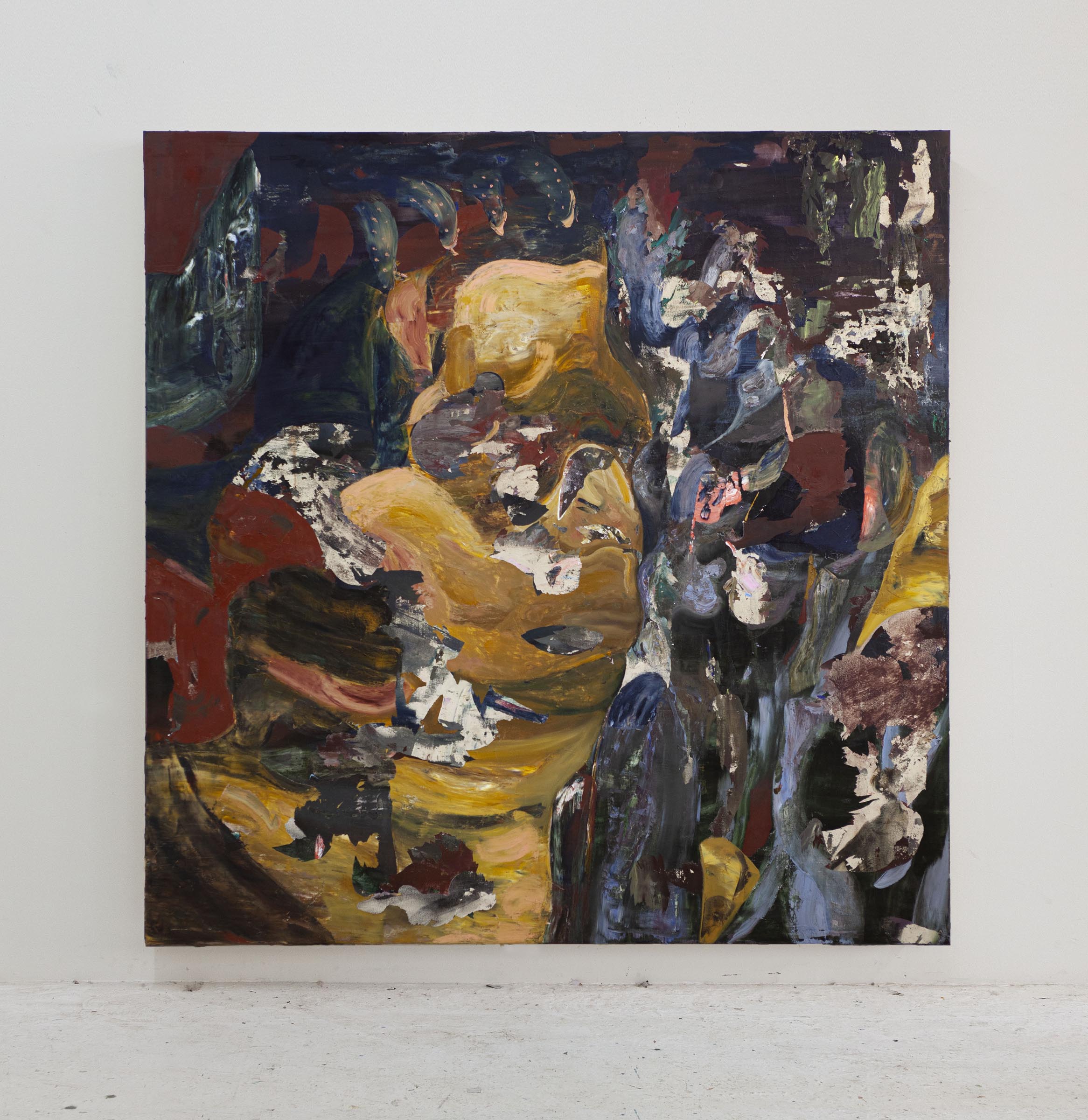 I can’t remember a time before I drew. 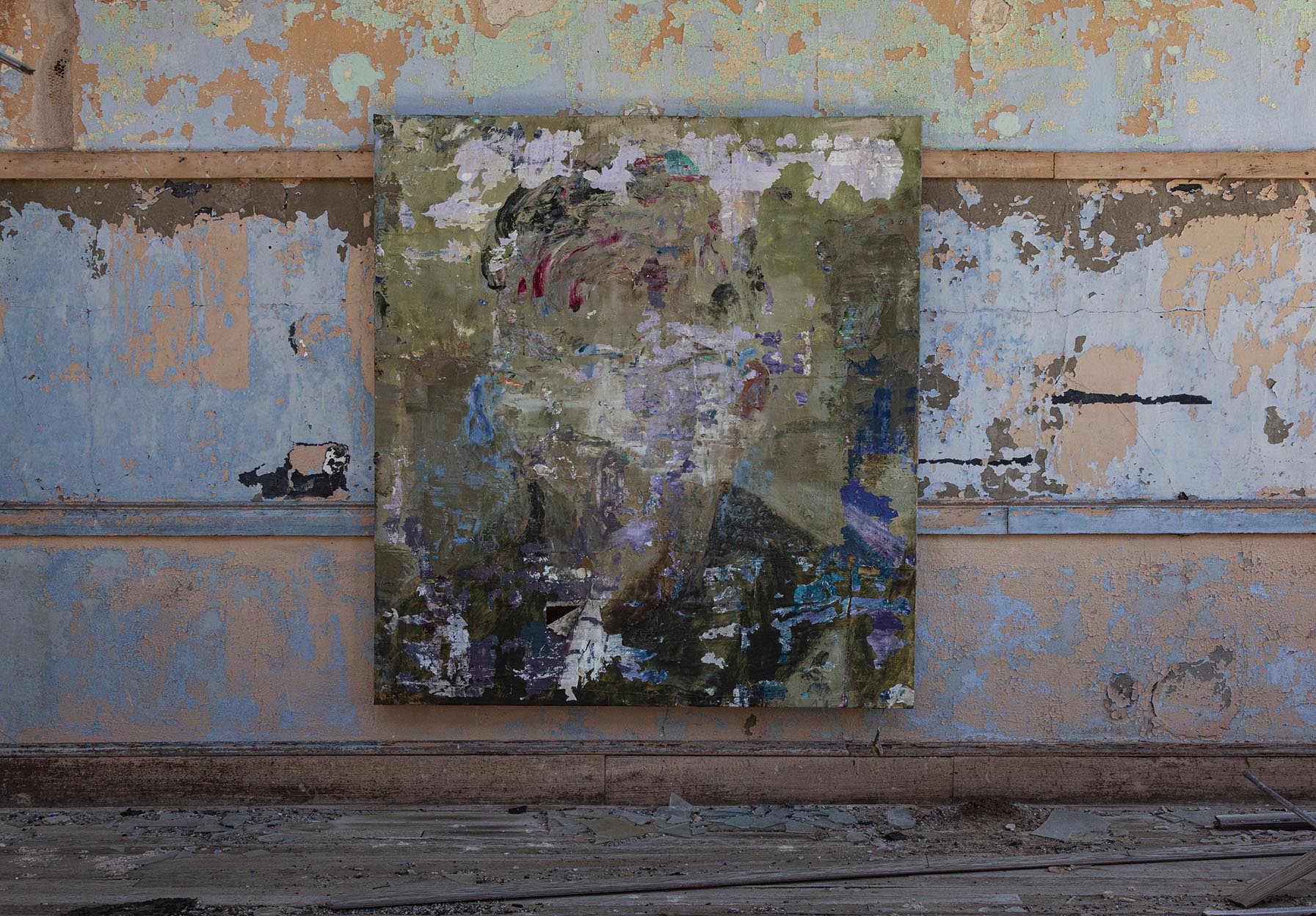 What are you currently working on?
The project that’s taking up most of my time right now is raising a ten-week-old baby girl named Mila. We set aside three months to be with her and not in the studio. So it’s been a nice surprise that we actually have been able to get a little time in our studios. I’m working on a few things including a screenplay, all of which, I think, are too early going to feel worth discussing. However, just before she was born, the work that brings us into the present was a series of paintings I called the “sonogram paintings”. As the fetus developed, I would make drawings from the sonograms and then layer these drawings in Photoshop. Often my paintings are created through a process of adding and stripping away entire layers. So any one painting I make might really be two, three, four, even up to nine paintings stacked on top of each other and stripped away to reveal underlying layers. Sometimes the imagery remains relatively intact, other times it’s completely unrecognizable as anything representational. I also write poetry. The poems and paintings intersect sometimes, and an image might emerge from a poem having nothing obvious to do with, say, the sonogram images, but nevertheless feel a part of the same spirit. And so that kind of imagery often becomes a layer added and subtracted. After I made a number of these, I loaded them into a U-Haul, this past May, along with some other work, to install in a couple of abandoned schools in New Mexico. I photographed them and made a short narrated video series. The video series is called “Epistles.” I’ll do a virtual exhibition with my London gallery Unit, starting October 19th. We’ll also release a limited edition etching soon and, later, my first monograph. 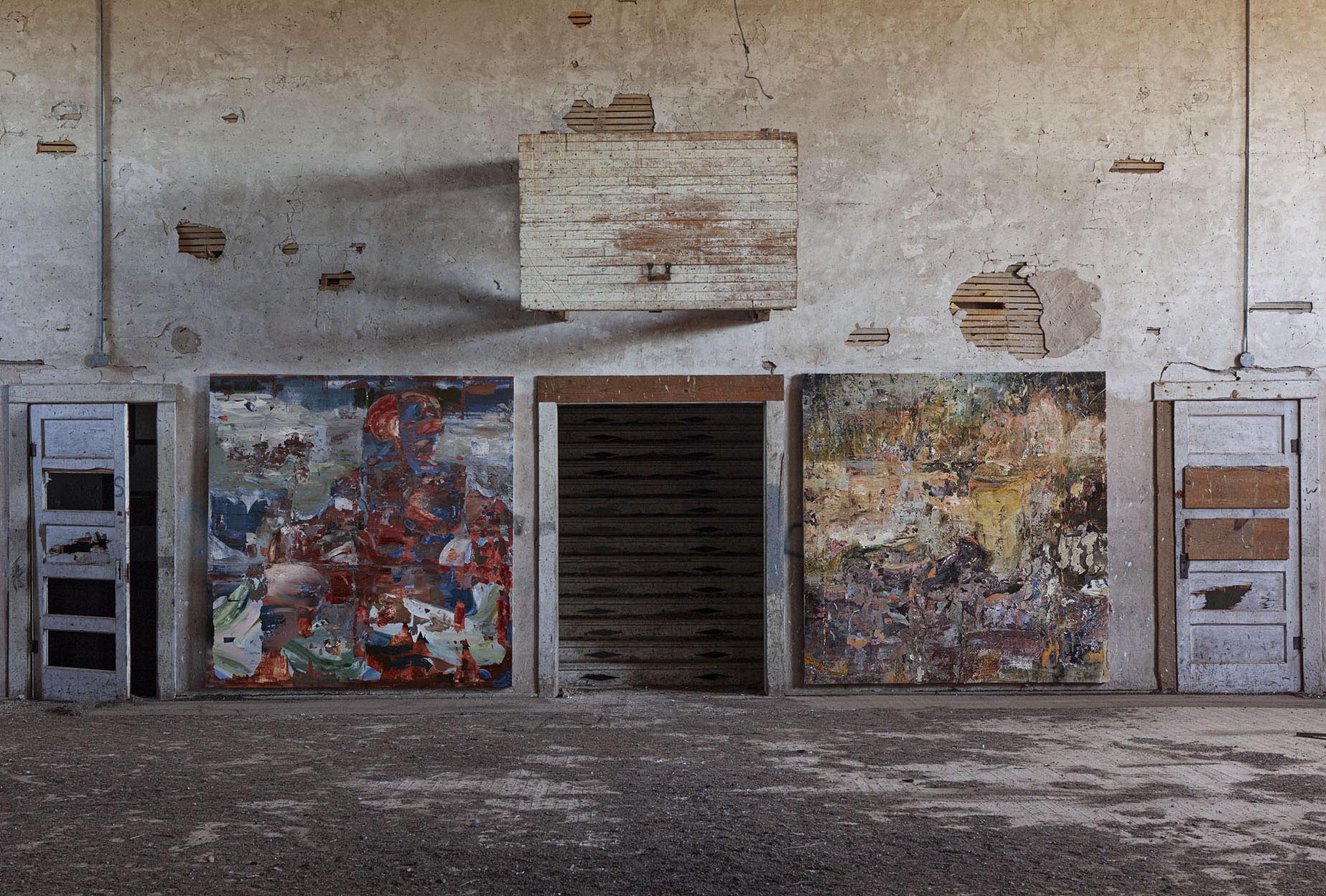 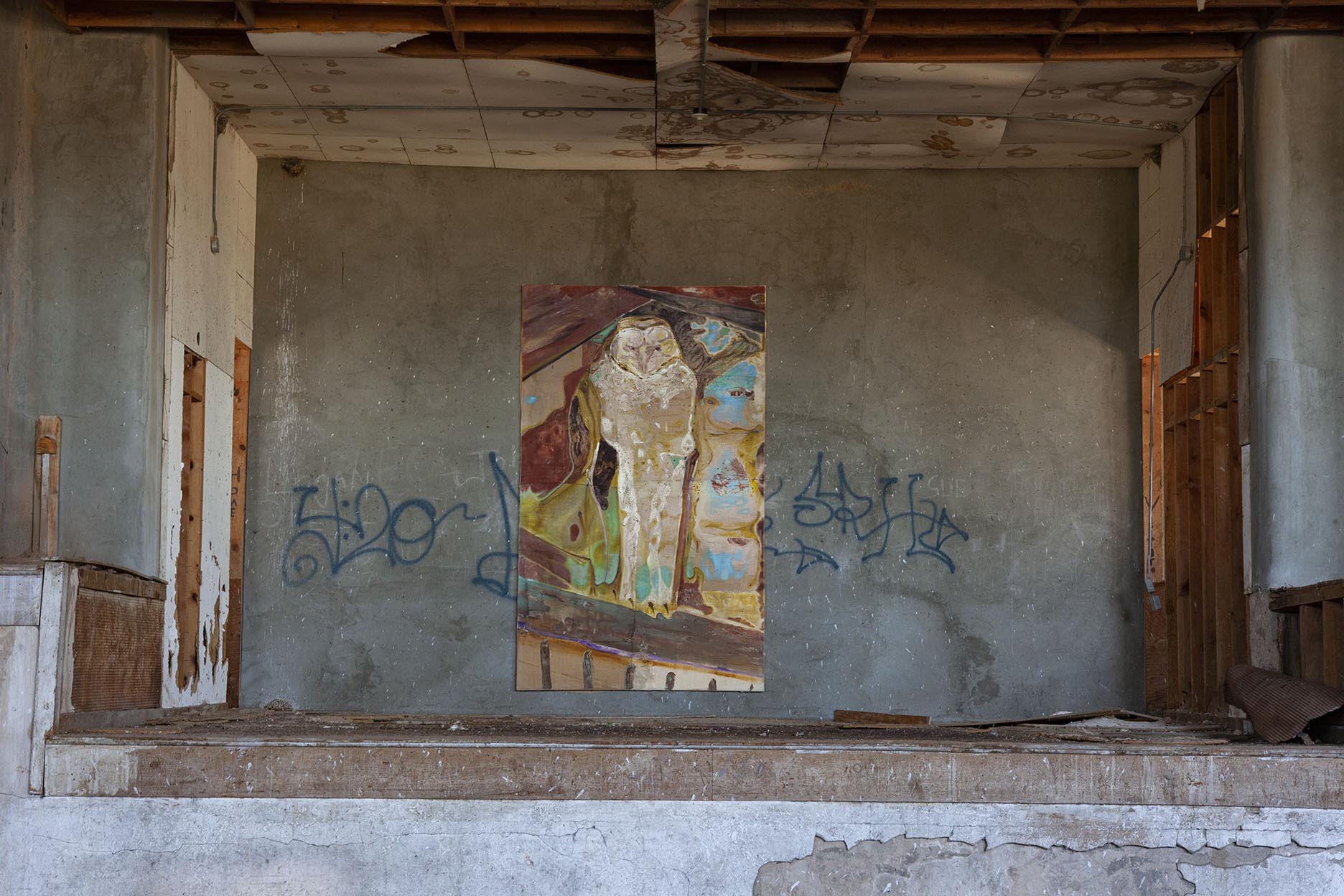 What inspired you to get started on this body of work?
Well, I think two things happened. First, I was simply fascinated with the sonograms. The more I looked that them, the stranger they seemed, the less I felt I understood what I was seeing. The paintings, I think, are artifacts resulting from a need to make contact with someone who is both present and absent, right there in the picture, yet a product of the imagination. There is a clear instinct toward the value of this daily devotional return, even if I can’t know beforehand what its value will be. The sonograms called to me not just because they were early pictures of my daughter but because I don’t know where my daughter is in the picture. It’s worth noting, I think, that she was born on July 6th, while the date of my brother’s death is July 3rd. One of the paintings I made was called “The Epistle of One Arriving from Among the Many Departed.” There is something in that painting and its title which tells a truth about what I believe intuitively, which would look and sound idiotic if I tried to express it in any other way. So it becomes not so much a matter of “saying something” in art, but a matter of making space for something else to enter, to speak its own name. There was a perfect confluence between the imminent arrival of our daughter and my fatigue, my struggle with depression really, having, in part, to do with my relationship to the contemporary art world. There comes a point—fifteen years in my case—where it does seem completely stupid and useless to try to “say something” any longer. There was a kind of productive inner embarrassment that came with that, and it helped me to transition from what Jewish philosopher Martin Buber would have called the It-World and further into the You-World. To come to a place in which there is simply nothing left to say is terrifying, but it amounts to powerful shift in perspective, of no longer trying to speak to a momentary audience, which has its momentary tastes and ideological positions. The place I find myself is groundless, as the Buddhist teacher Pema Chodron would put it; it exceeds where my attempts at philosophical ideas can take me. It has meant shifting from trying to participate in the social and political moment, which wouldn’t have me anyway, to thinking in terms of a singular intention toward a specific person, either in the present or in another time, or even to a place, a particular landscape, for example. It has meant forgoing the public language of consensus, which I struggle to abide, for a private language of greater awe and compassion. That’s why, eventually, I called the abandoned school install “Epistles,” which means a letter written in poetic form. This is all a long-winded way of saying that I believe my sense of grieving for an image of my life I could never attain gave way to a sense of hope for something and someone I could never have had the power to imagine. There is really nothing else required but to be attentive to whatever wants to come through, and to honor it in the work.

Do you work on distinct projects or do you take a broader approach to your practice?
Historically, I’ve been rather concept- and project-oriented, and though I’m still proud of some of that work, I’ve grown suspicious of why I needed it to be. 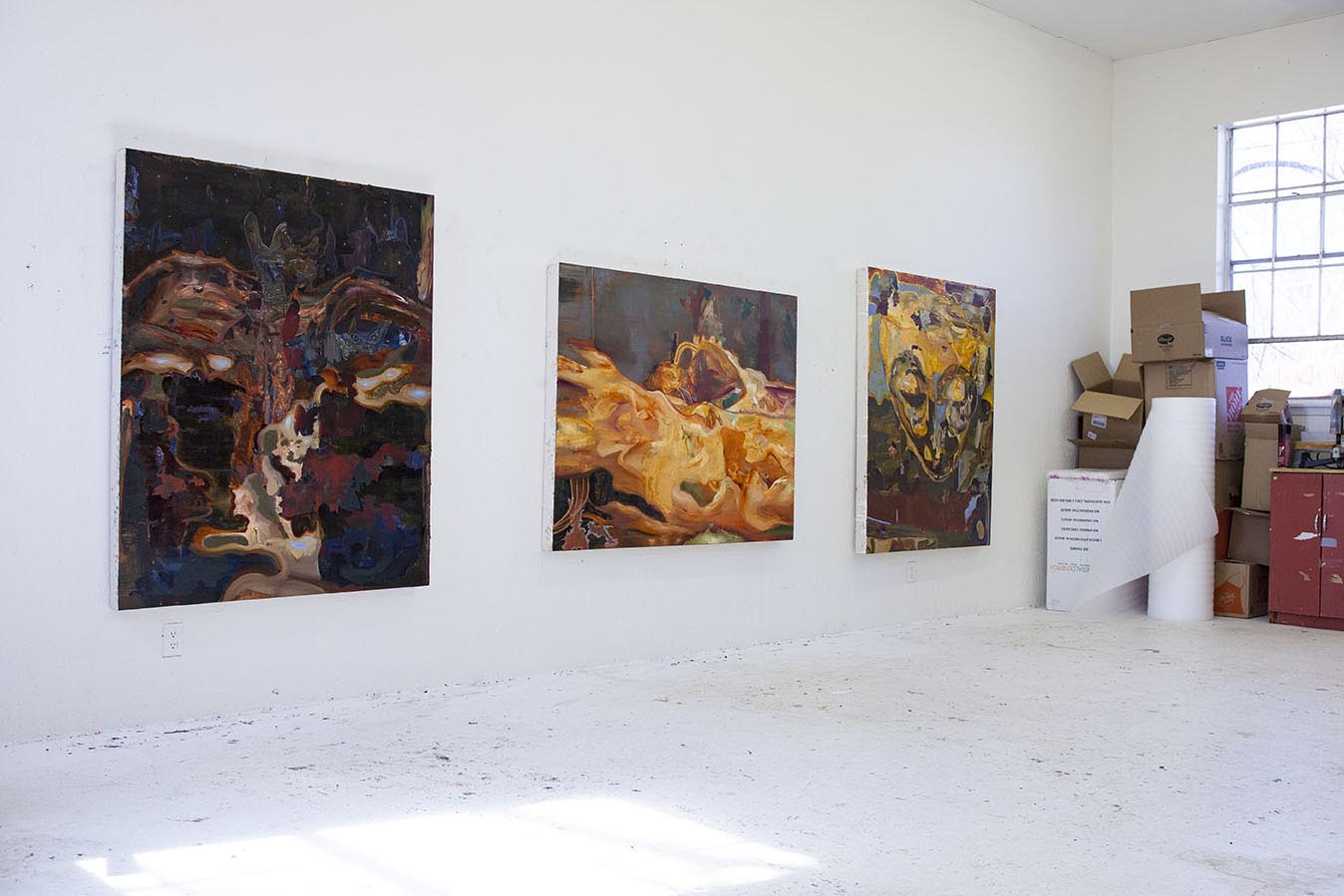 What’s a typical day like in your studio?
With an infant strapped to me as I type this, to reflect on what a typical day used to be, now seems absolutely luxurious! We have a really nice setup here. At the end of 2017, I was selected for a RAiR grant and residency here in Roswell, New Mexico. It lasted a year. Afterward, we decided to stay rather than return to Los Angeles. Our timing was a miracle in that there was room at the residency’s old location, the Historic Studios, where a number of alumni presently live and work. This has allowed us to affordably have a small house and a studio for each of us. So for the past couple years, a typical day has been to spend the morning reading and writing, drinking too much coffee, perhaps working out or going for a run. By the time I’d get into the studio, I had any number of projects going. I’d be in there working until dinner, which we’d often have on the patio with a glass of wine, maybe with a couple of our neighbors. I never took it for granted for a second. However, when you have a kid, all of your studio time is laser focused. You don’t realize how much time you actually waste until you don’t have it anymore! 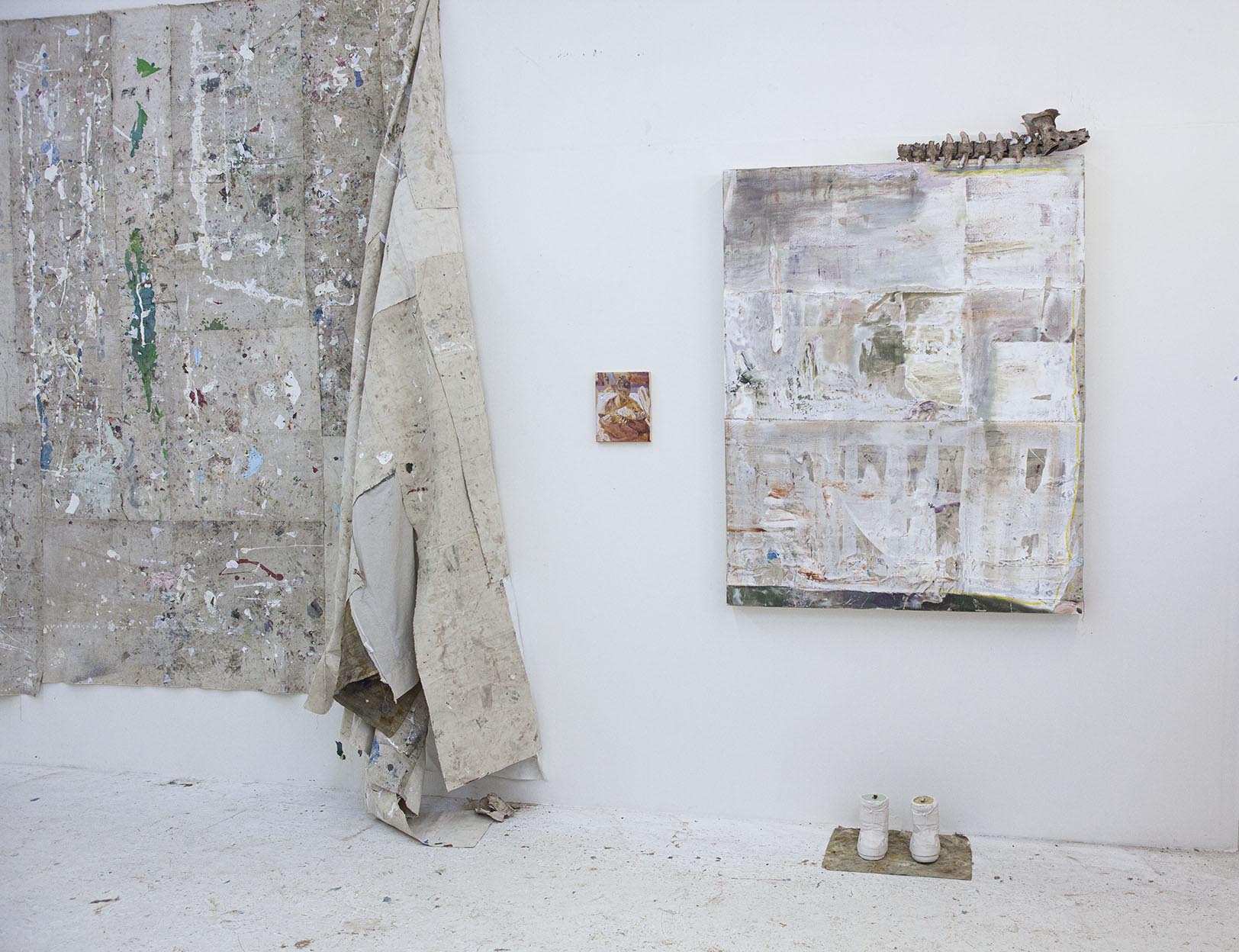 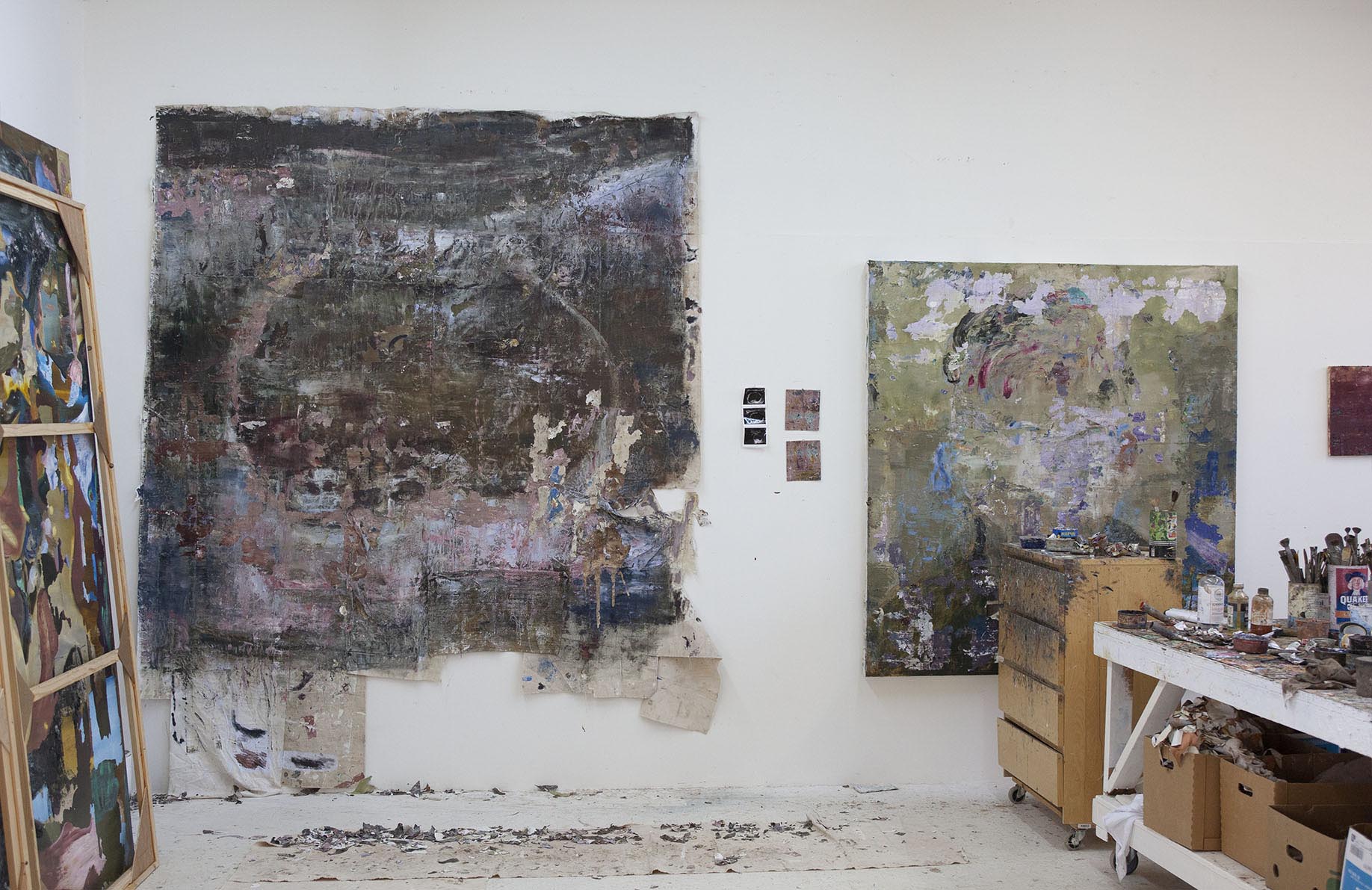 Who are your favorite artists?
Many of my favorite artists existed for about 100 years between the mid-19th and mid-20th century. I think I’ll get bored if I write a list. My wife Maja Ruznic is my favorite living painter under the age of 60. Anselm Kiefer is probably my favorite who’s older than that. Honestly, we have so many talented friends in the arts, we’re utterly surrounded by beautiful, gifted humans. If I don’t write a list it’s only because I’m afraid of leaving people out. 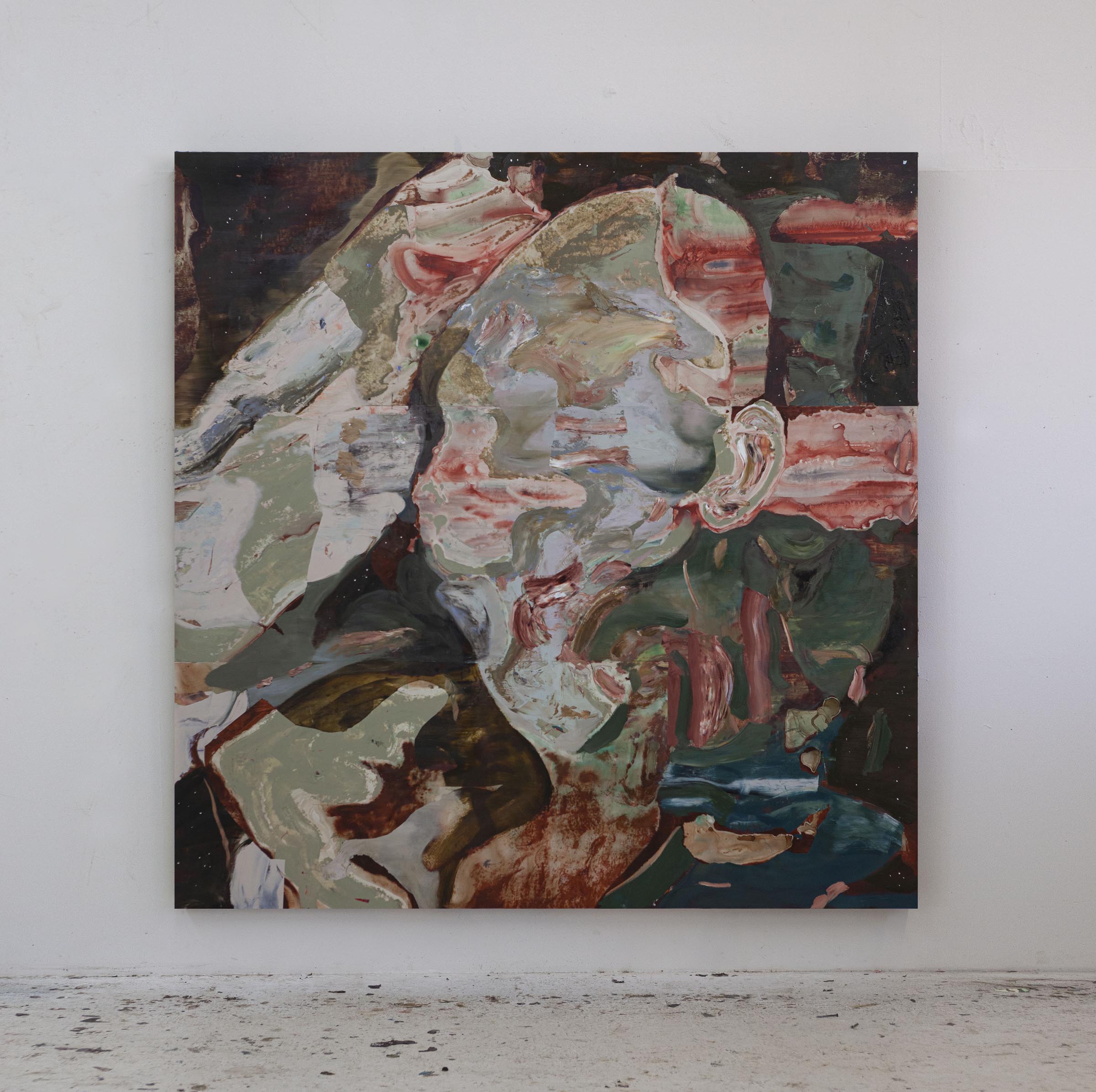 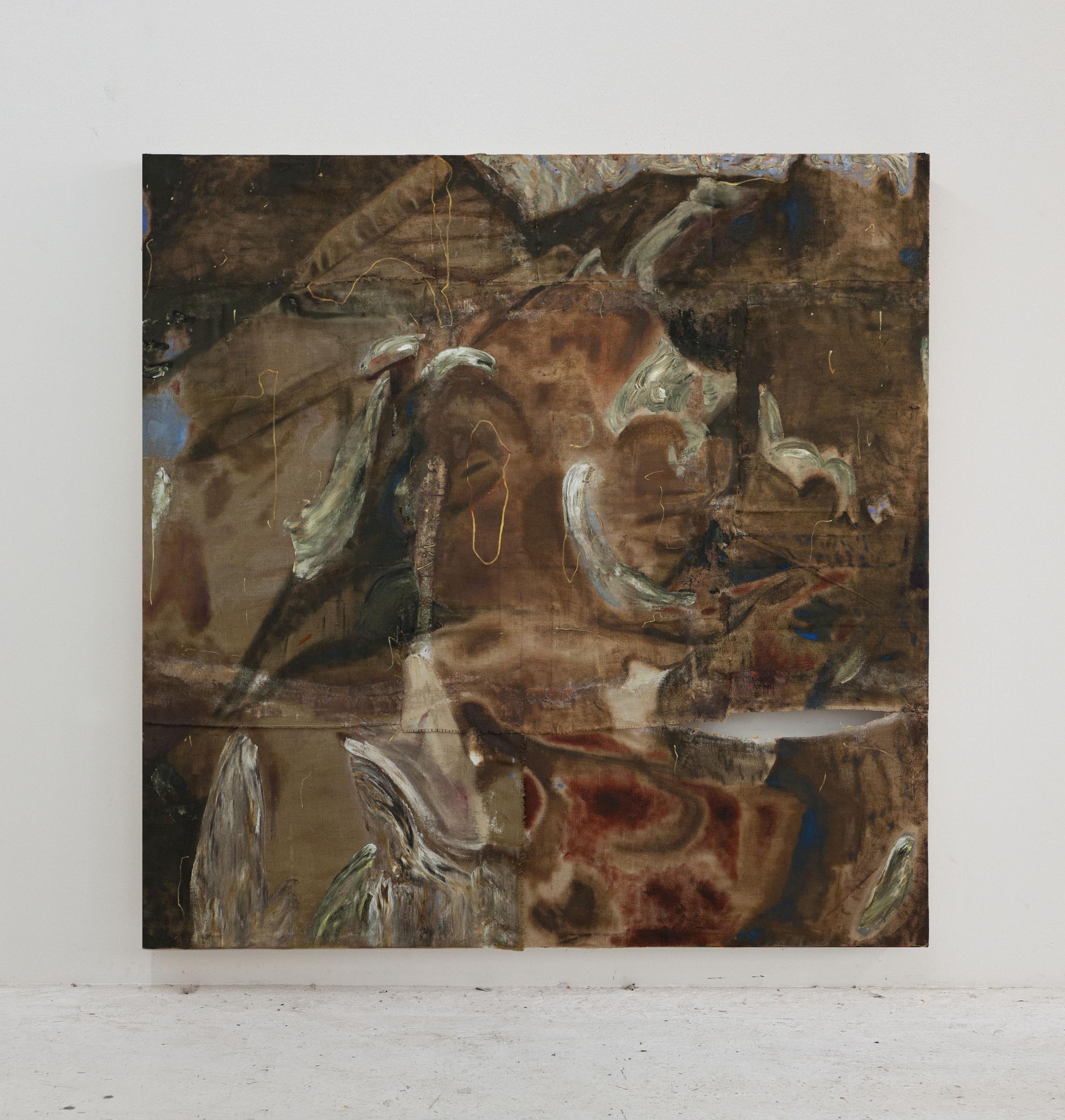 Where do you go to discover new artists?
I use Instagram. I have a love/hate relationship with it, but there are days, like today, when it really shows itself to be helpful. We just received an incredible little painting as a gift to Mila from Marenne Welten, one of my favorite painters on Instagram, I “discovered” maybe a year ago. I’d have never known her work otherwise, or been able to call her a friend. Also important is living near the residency. I’m always learning about new artists who come through the program (although the infant/pandemic combo has made us a bit antisocial lately). I highly recommend looking into our community: www.rair.org. Artists from around the world have been coming through Roswell for the past 50 years. 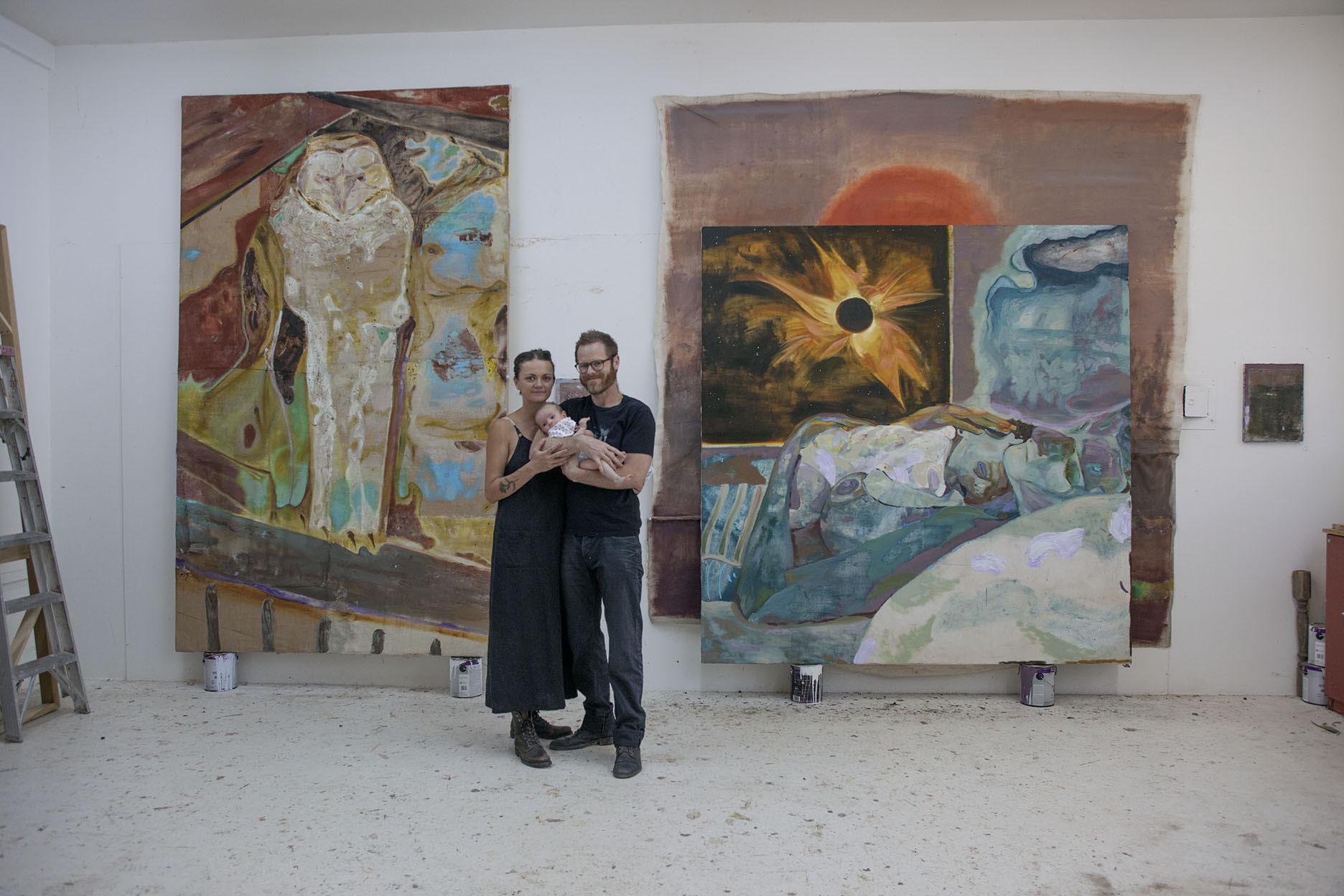 Joshua Hagler is an artist based in Roswell, New Mexico who was recently shortlisted for The Hopper Prize. To learn more about the artist: 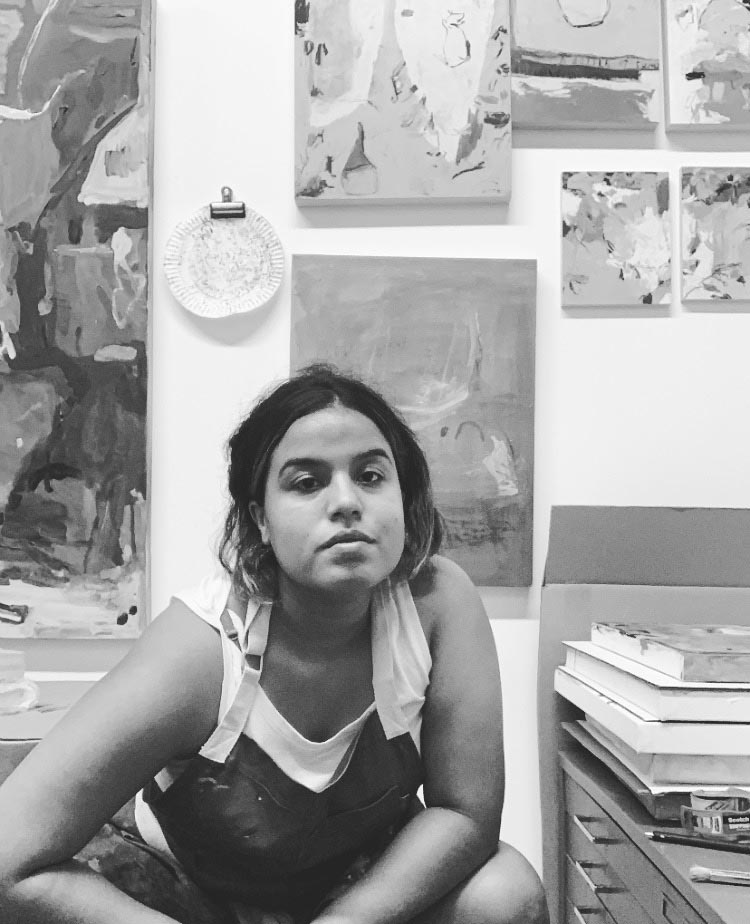 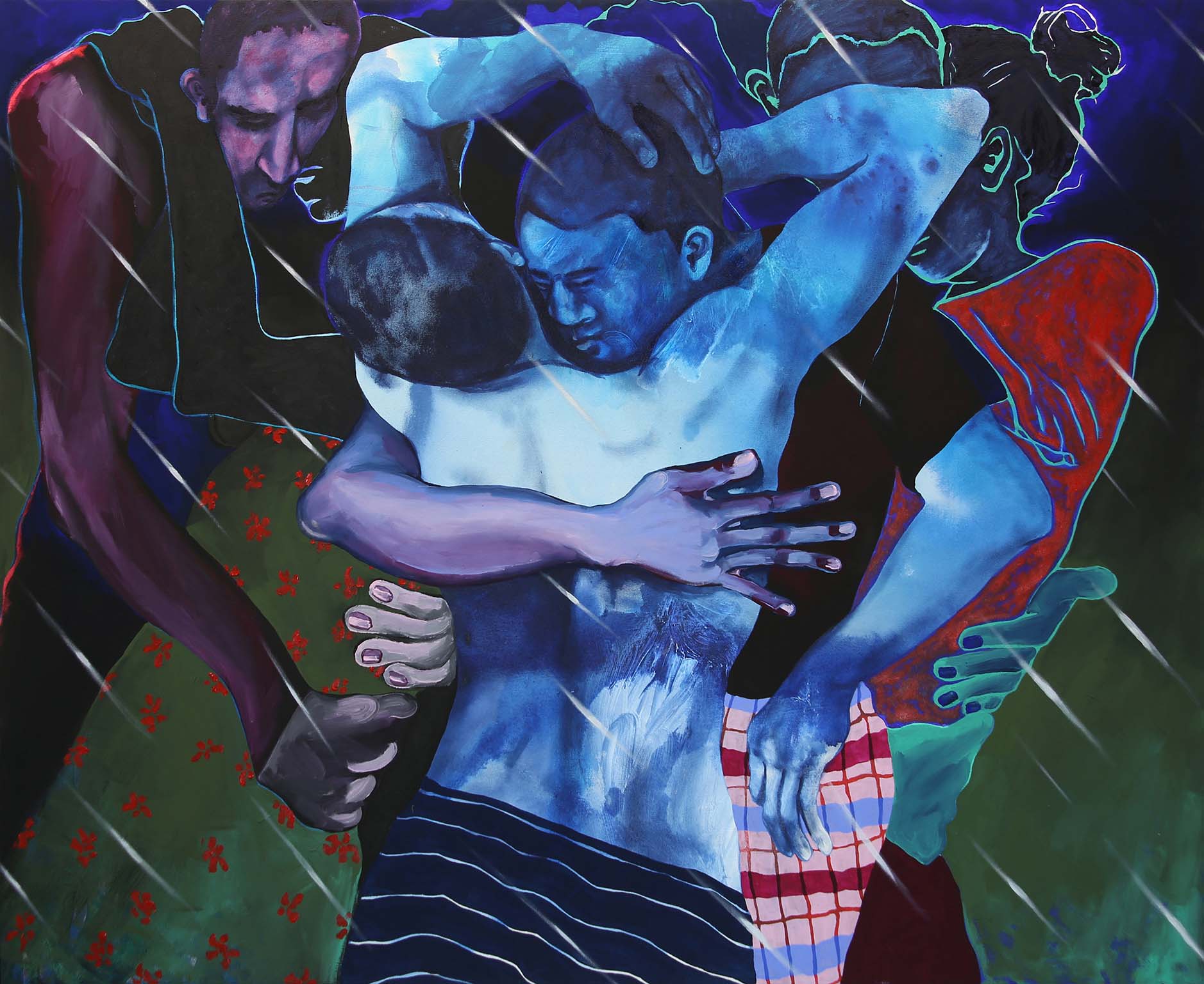 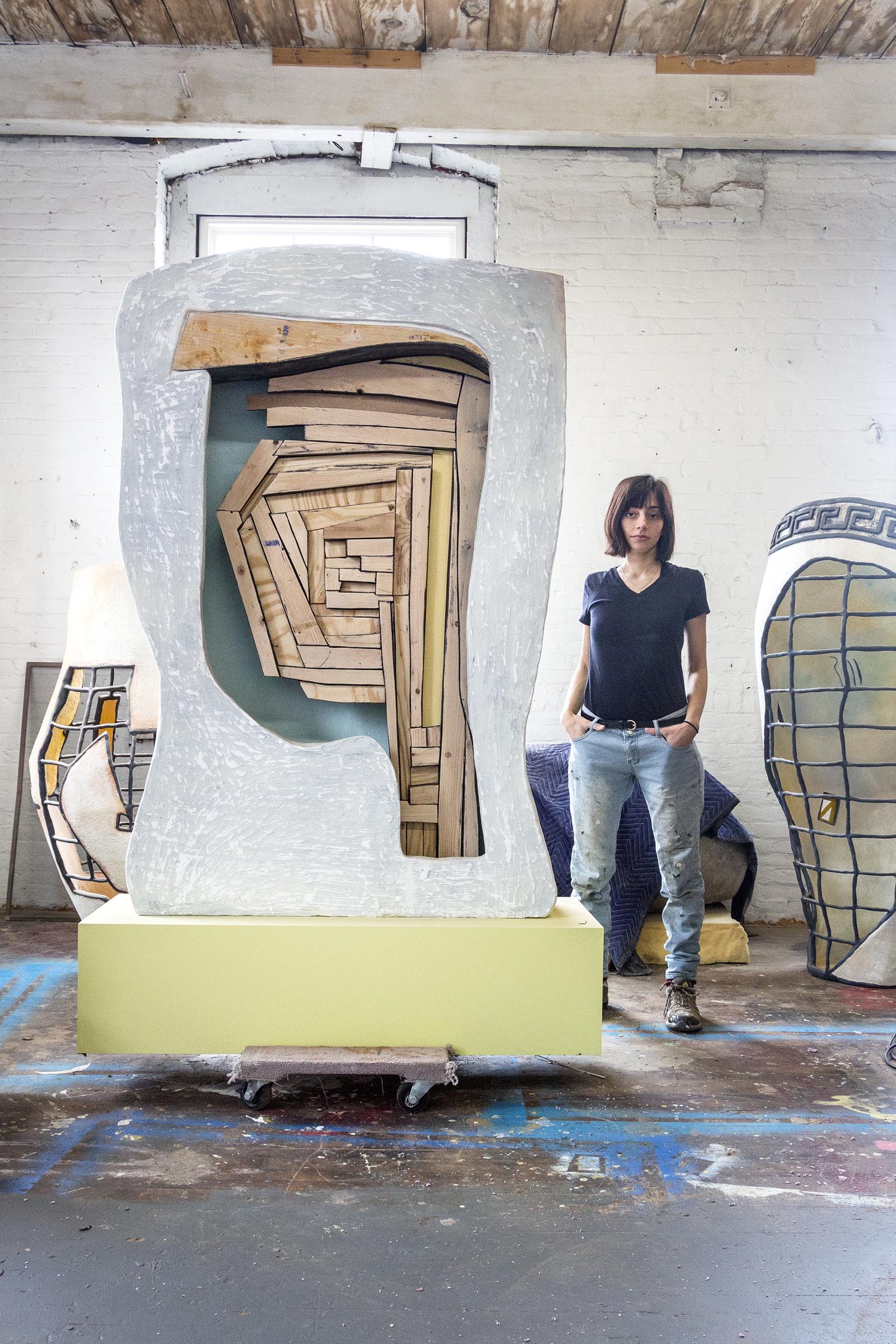 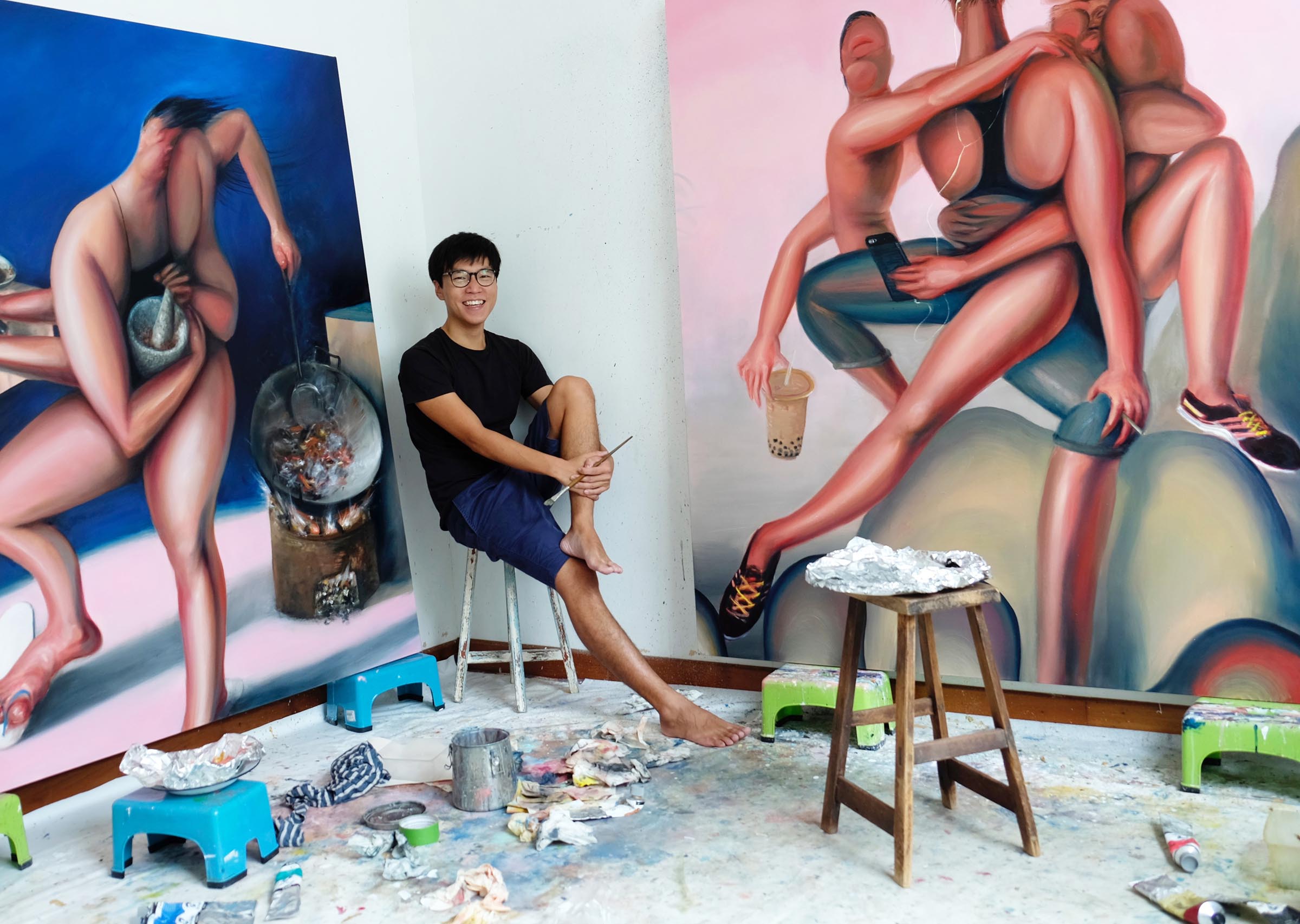 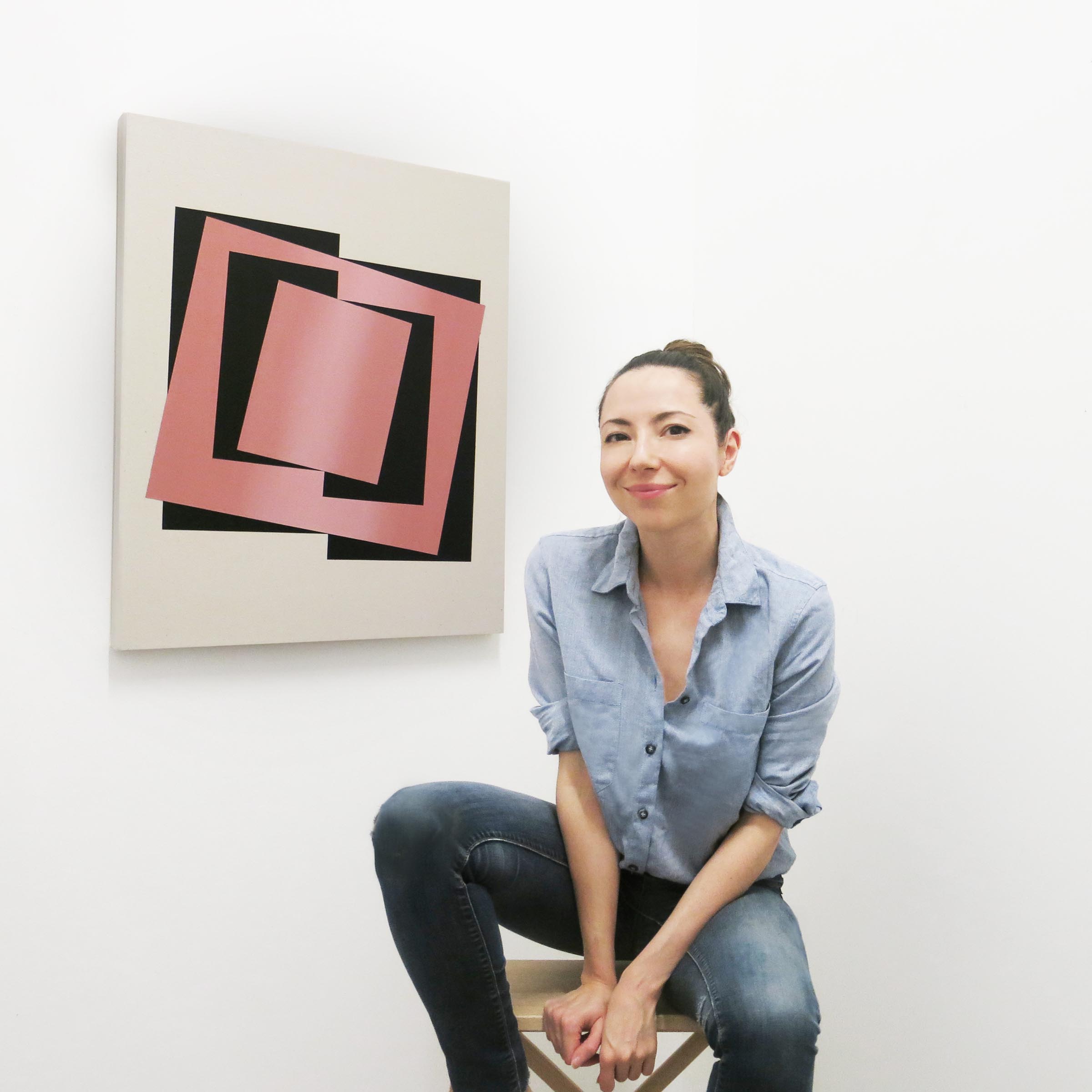 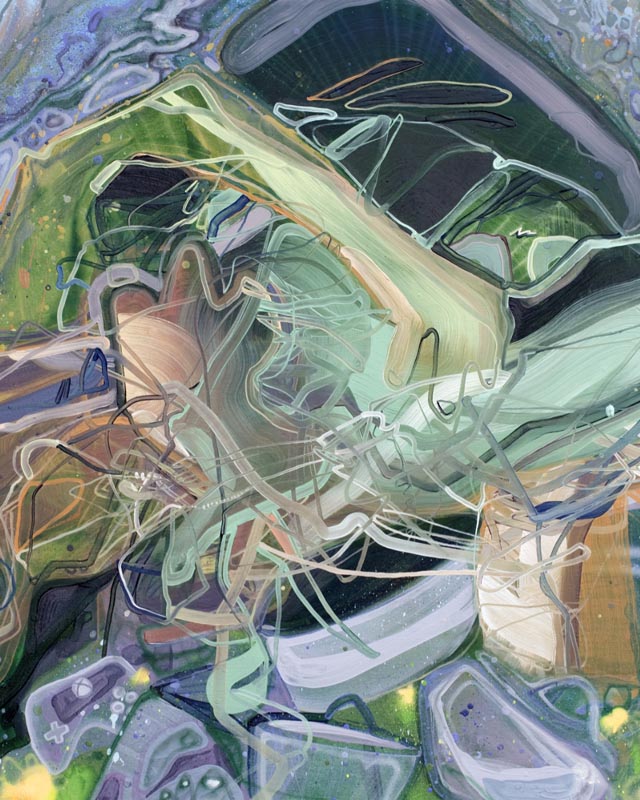 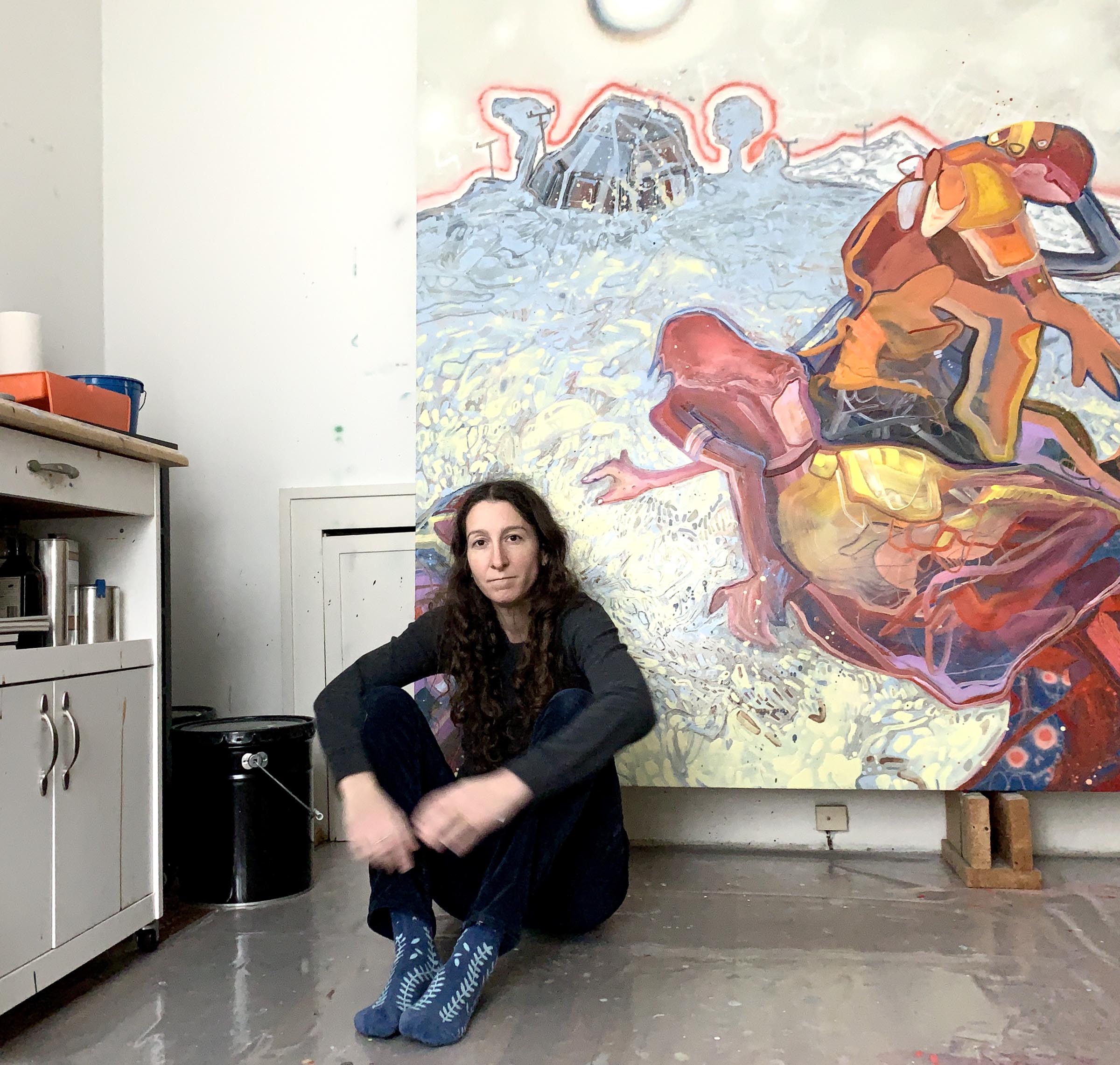 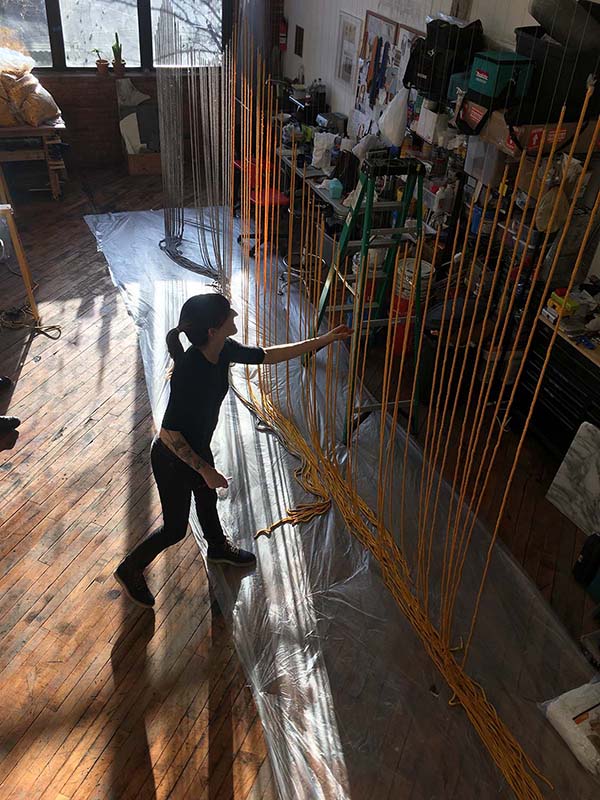 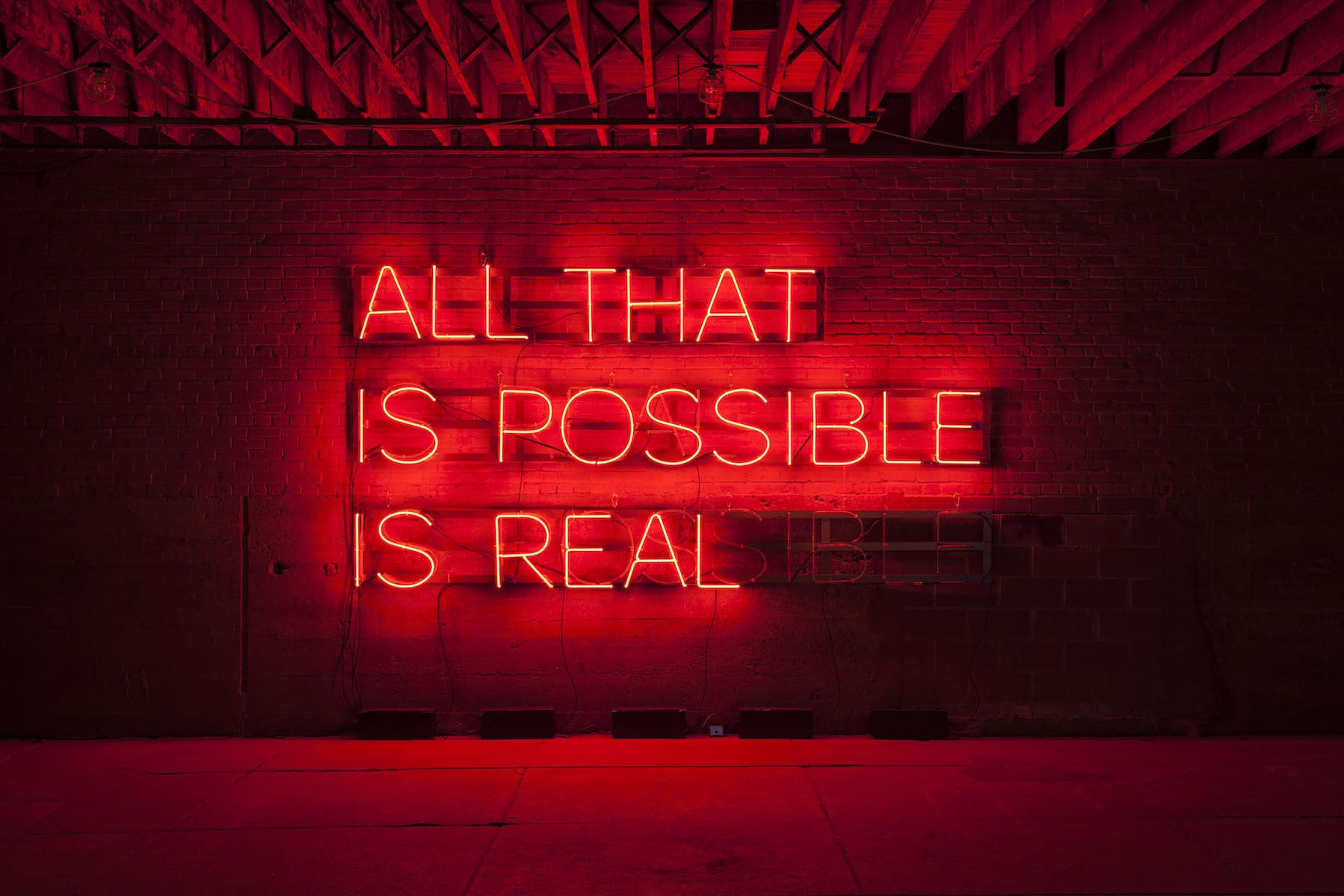