My work explores a means of processing how our physical world and bodies are impacted and reshaped by our participation in a digital landscape while technology affects our identities, lives and experiences.

Through videos, paintings, online experiences, photography, telephone numbers, performance, sculpture and installation, I research and explore the tension between physical and digital iterations of identity and existence.

Included in this submission is 5 images from my SLUMPIES series over the last three years and 5 images of my very new body of work, TEXTURED PAINTINGS comprised of fabric and acrylic paint. I have included studio snap shots of these new works to show the new path I am taking by using industrial machines to compose these large 2d works in a very abstract manner, allowing myself to become an aid to the tool, letting the machine do whatever it wants rather than directing it. Most of my work as an interactive quality and positions itself as an approachable point of interaction for viewers or participants. 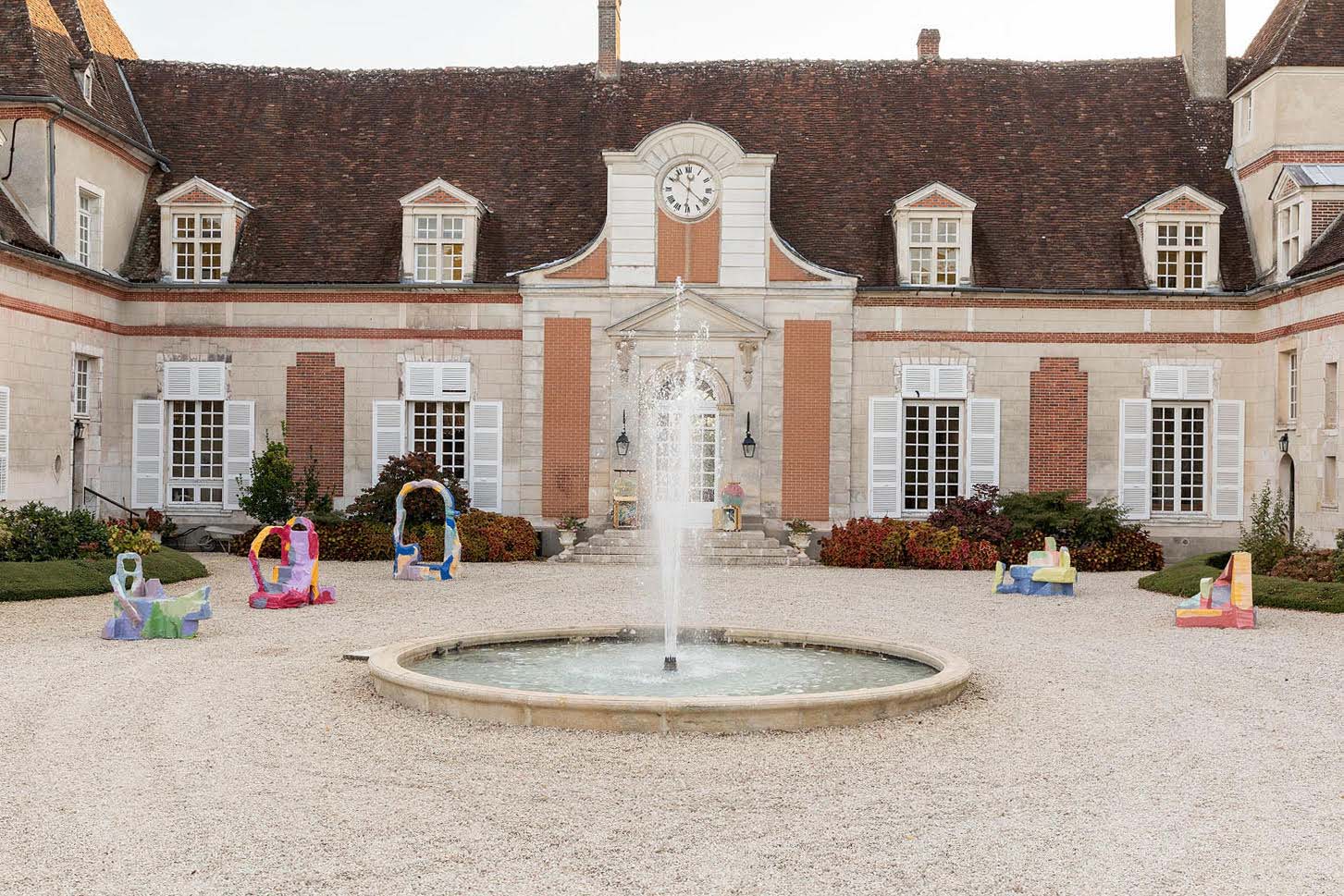 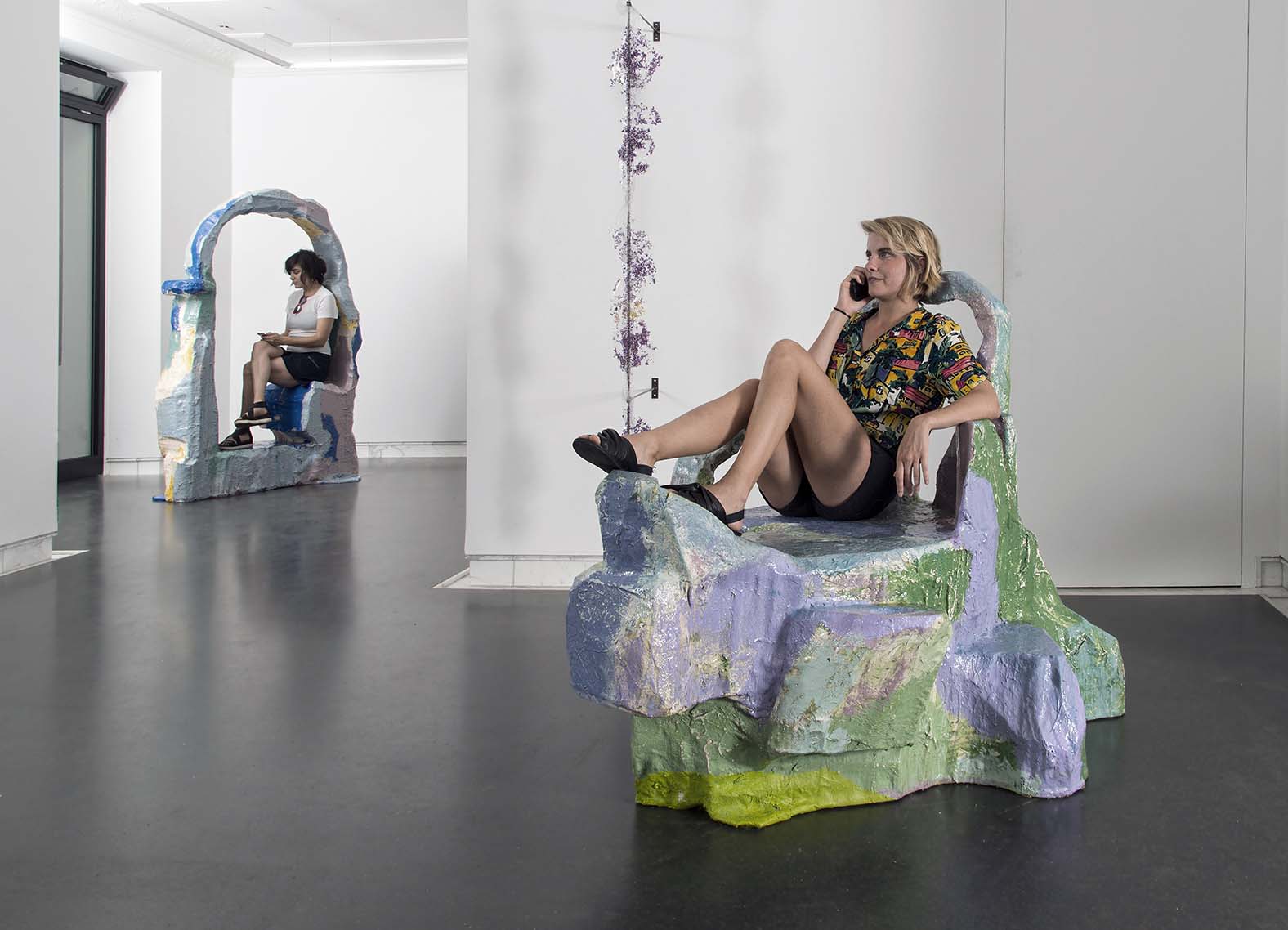 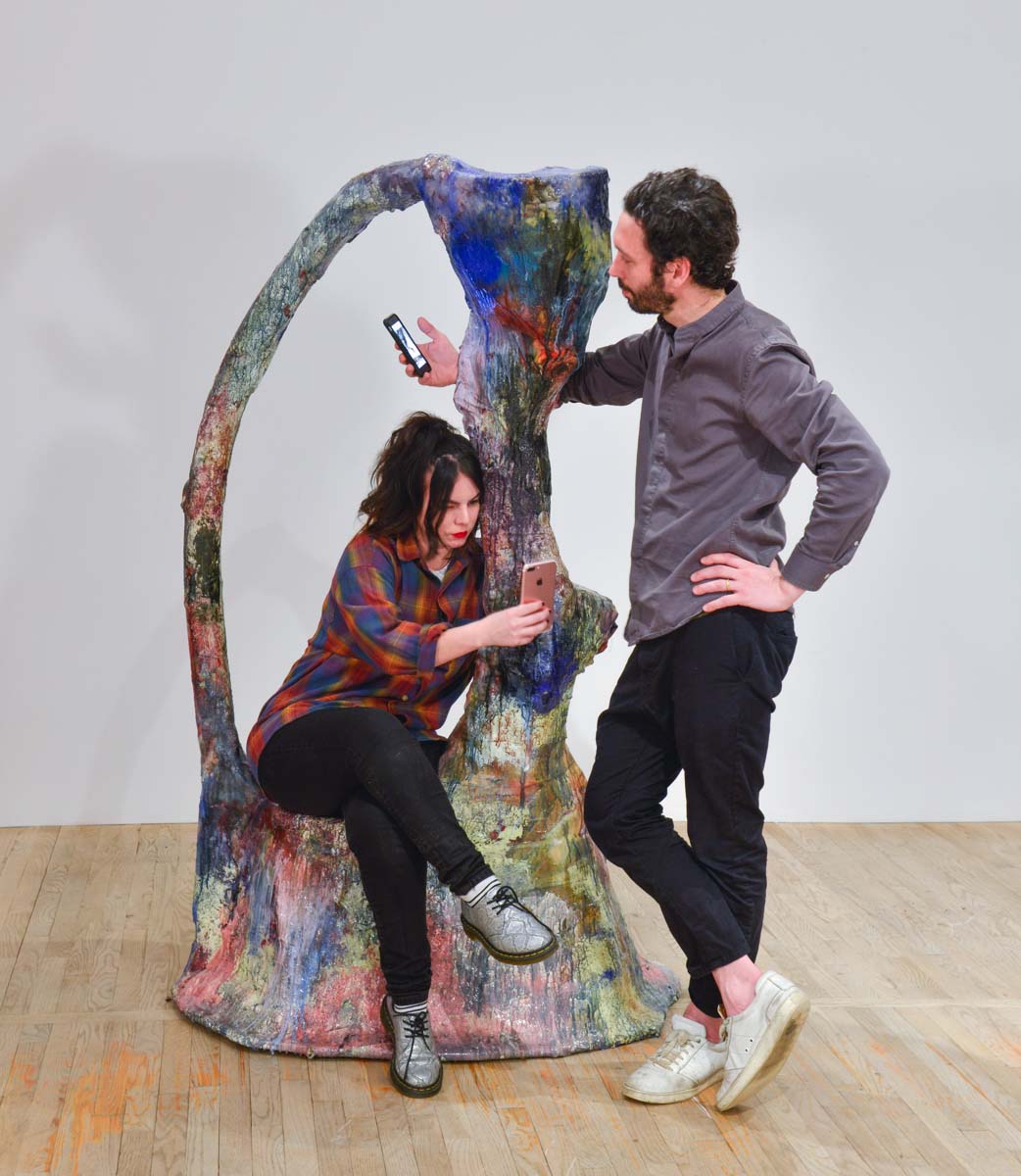 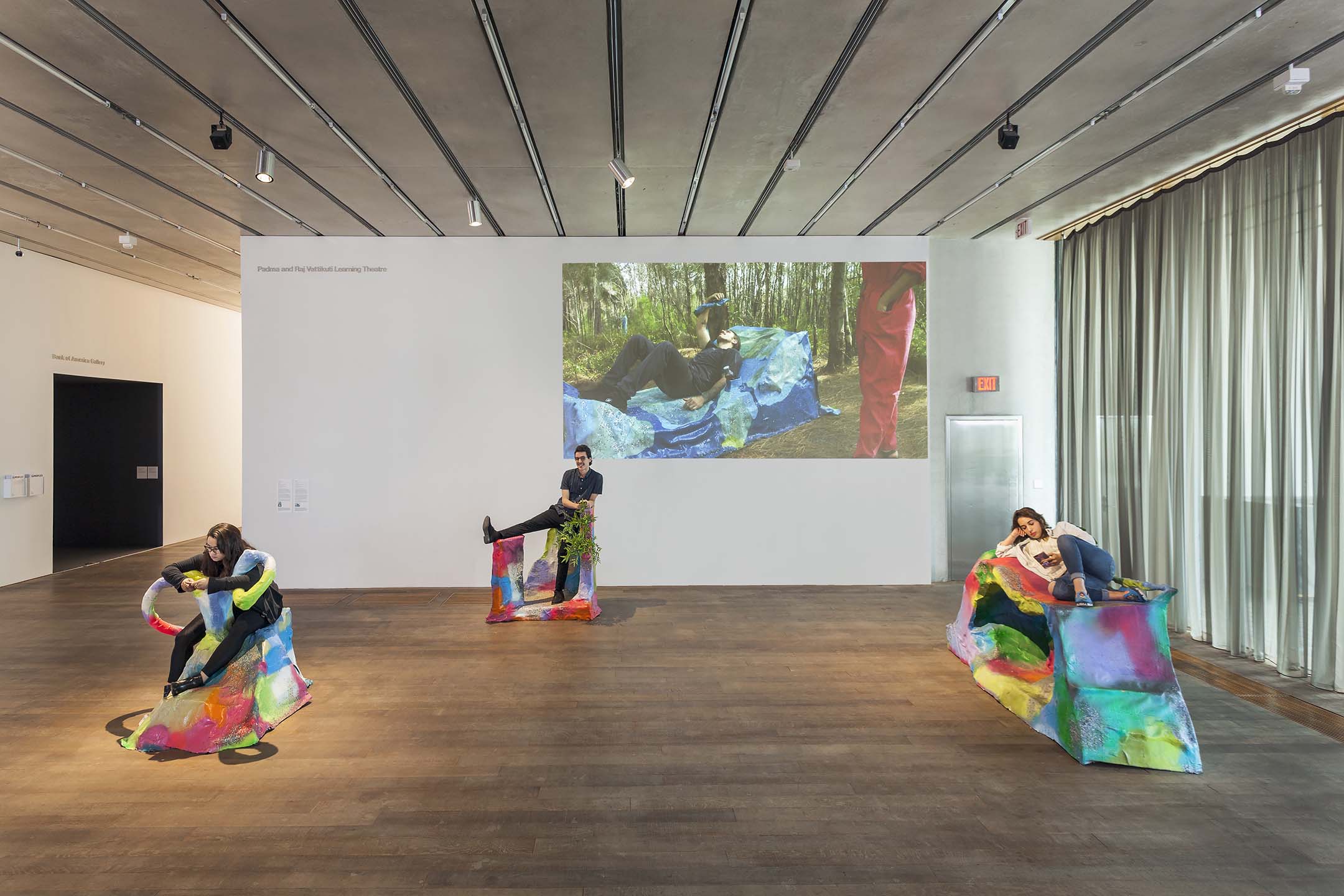 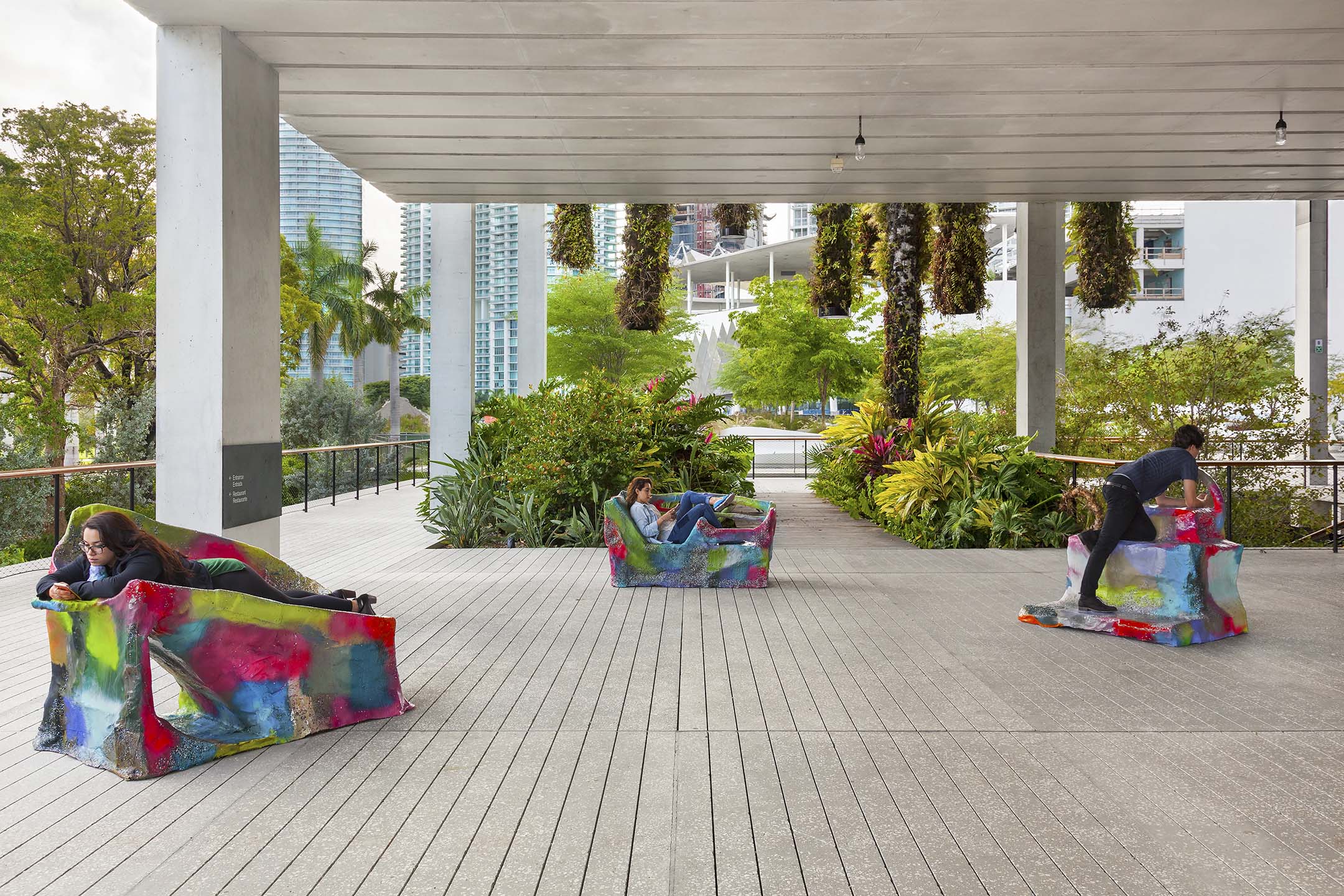 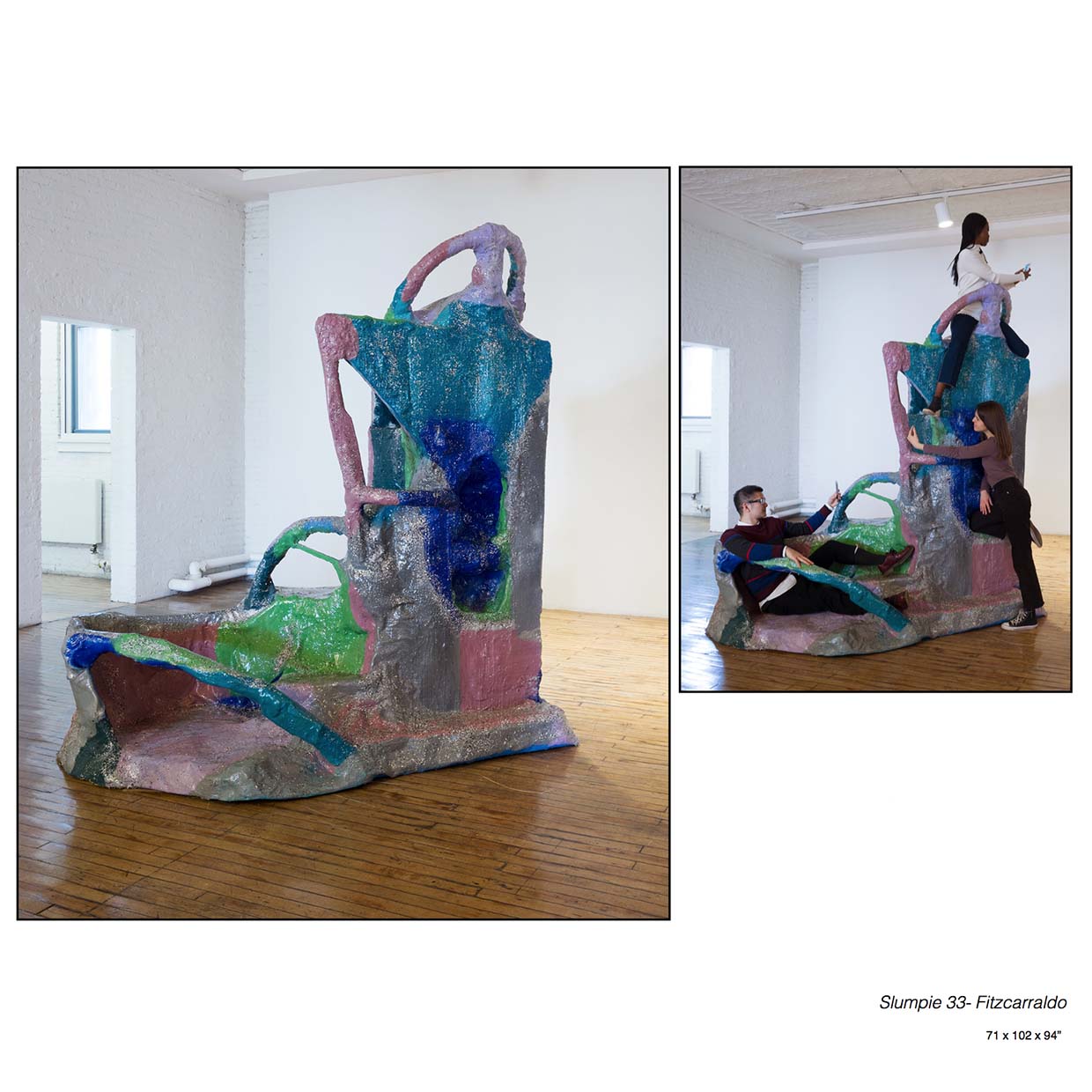 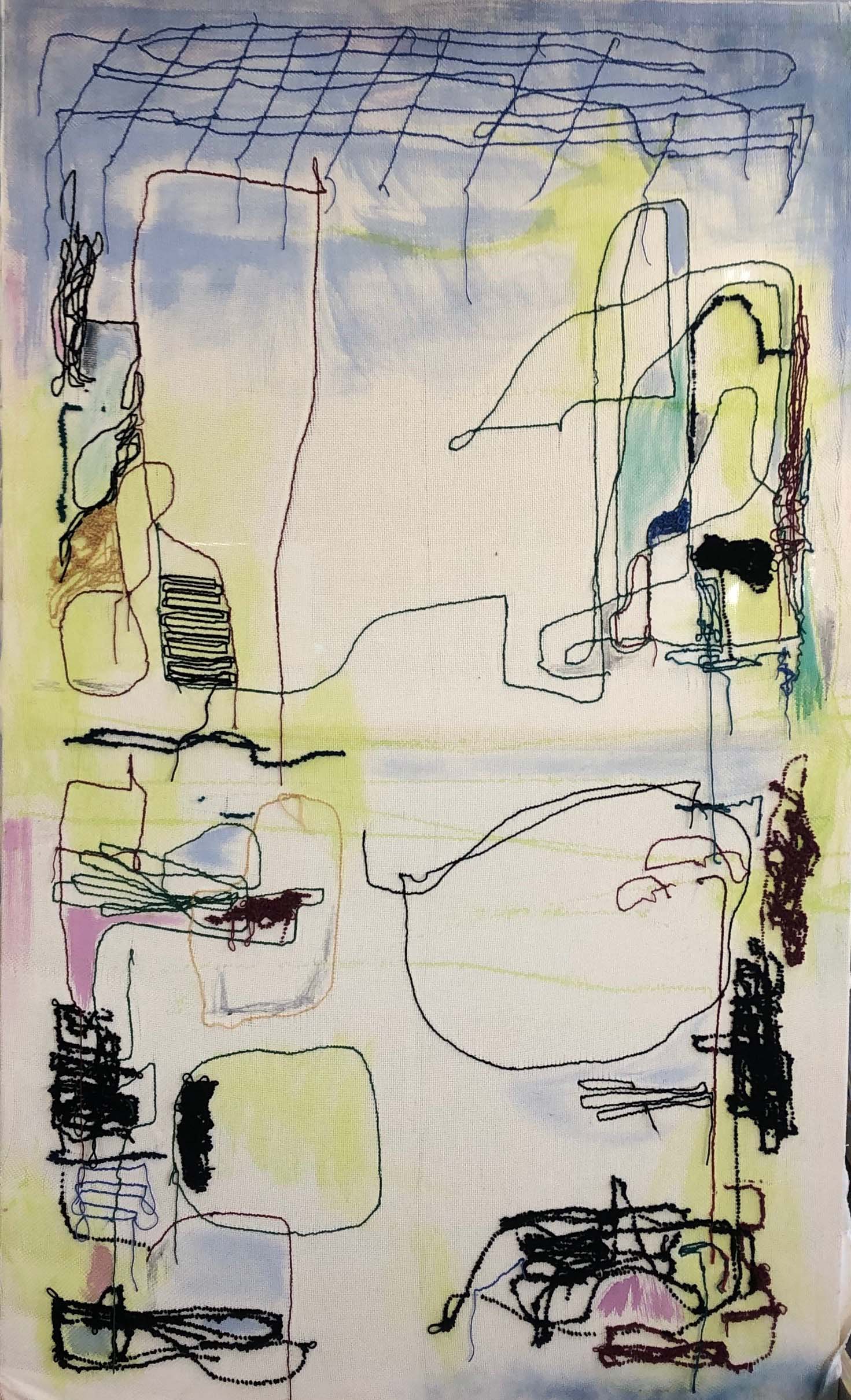 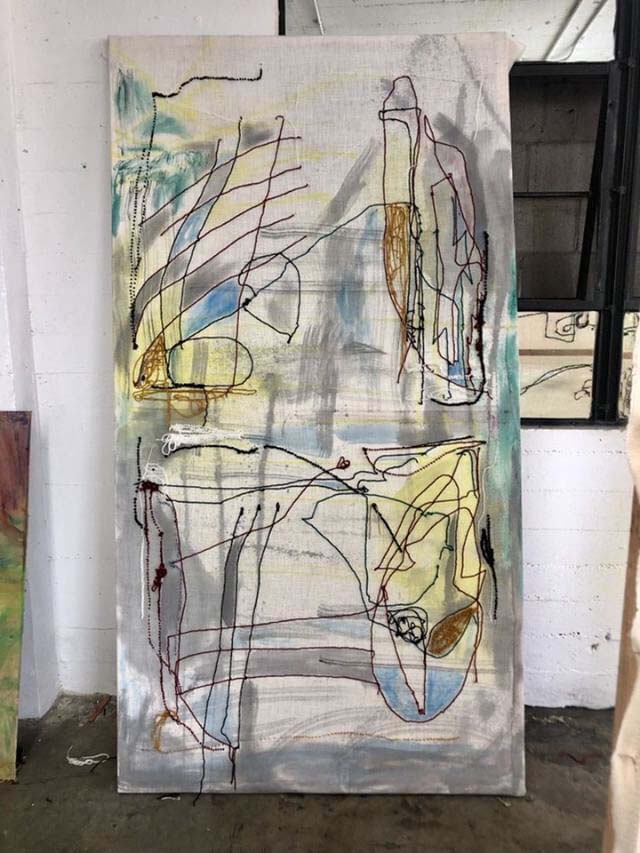 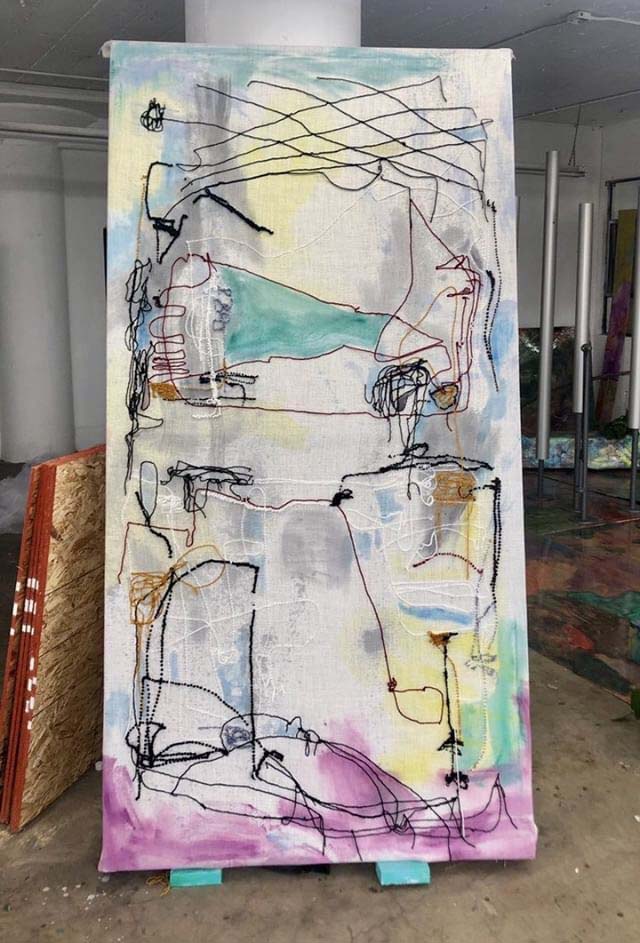 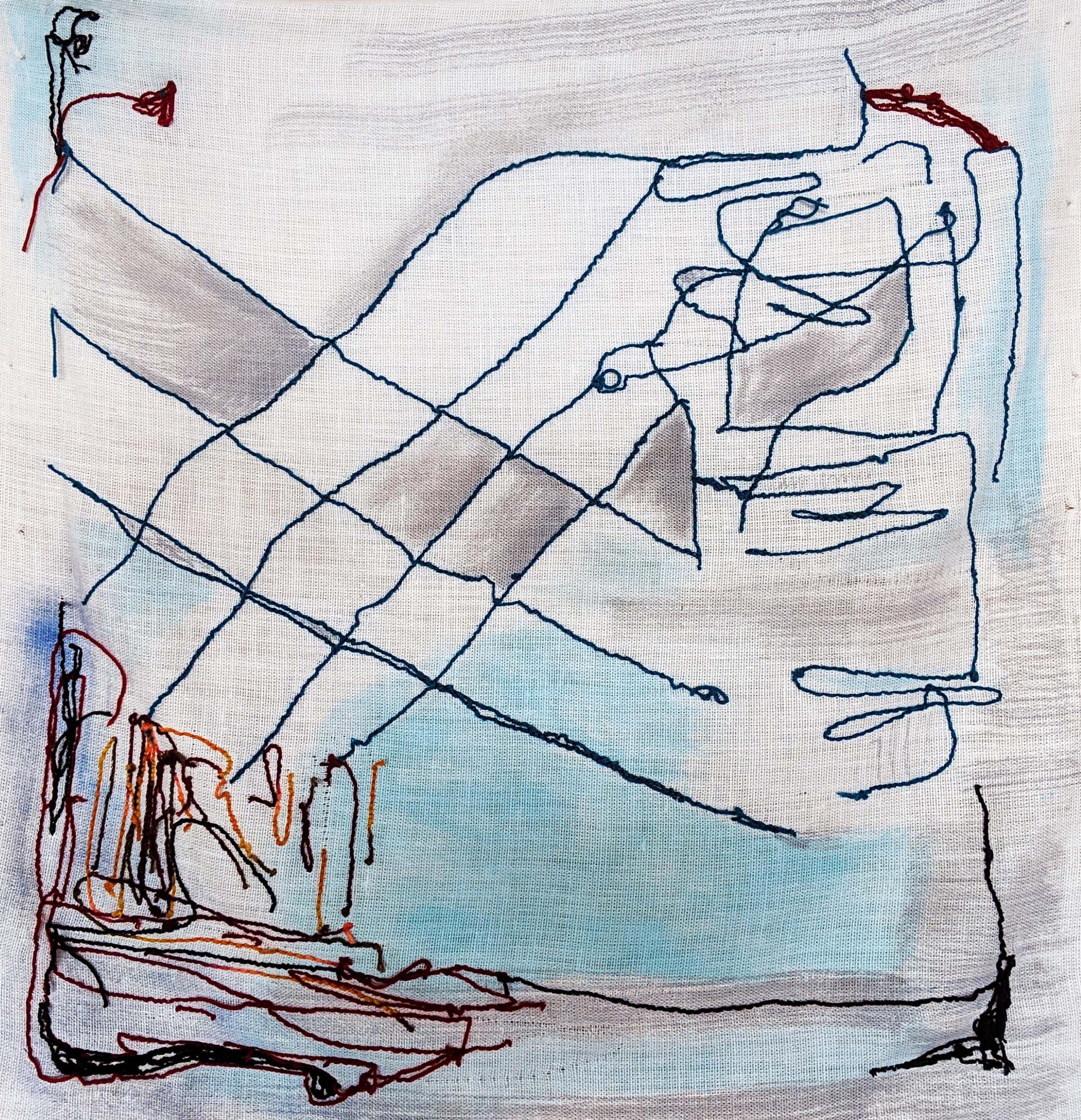 Jillian Mayer (b 1984, Miami) flows between the points of tension between our online and physicals worlds and makes work that attempts to inhabit the increasingly porous boundary between the two.

Her works and performances have been premiered at galleries and museums internationally such as MoMA, MoCA:NoMi, BAM, Bass Museum, MoMa PS1, the Contemporary Museum of Montreal and film festivals such as Sundance, SXSW, Rotterdam, and New York Film Festival. She's been featured in Art Papers, ArtNews, Art in America, and Art Forum discussing identity, Internet and her artistic practices. Her video was selected for the Guggenheim’s Youtube Play: A Biennial of Creative Video and was exhibited at Solomon R. Guggenheim Museum, New York; Peggy Guggenheim Collection, Venice, Italy; Guggenheim Museum, Bilbao, Spain; and Deutsche Guggenheim, Berlin, Germany.

Mayer is a recent recipient of the Creative Capital Fellowship for 2015, the South Florida Cultural Consortium's Visual/Media Artists Fellowship 2011 and 2014, Cintas Cuban Foundation Fellowship 2012, and was named one of the “25 New Faces of Independent Film” by Filmmaker Magazine. She is also a fellow of the Sundance New Frontiers Lab Program for 2014 and the Zentrum Paul Klee Fellowship in Bern, Switzerland for 2013. Recently, she has been included in Prospect 5, PST LA/LA, and currently has solo shows at the Kunsthalle Aarhus (Denmark), the Miami International Airport and the UB Art Galleries in Buffalo, New York.