I currently work primarily in carpet, creating figurative works that visually mimic latch hook rugs, while deviating from this precedent in their subject matter, style of depiction and scale. These works reference craft traditions, home decor, fine art and narrative art with an emphasis on comics. Engrained within these works is a humorous tone, due to cartoony depictions and unorthodox material, though underlying this humour is often a darker subject matter that directly or indirectly references class oppression, sexual violence, gender discrimination, trauma and other personal narratives. A conflation of these many forces is central to my work because I think that this is central to the experience of life, where we are able to experience multiple, seemingly contradictory experiences at once. I work as a cartoonist in addition to making studio work, and this combination of craft, fine art and commercial art forms allows me to combine the familiar in new and unexpected ways.

Recently, I completed an exhibition for the Museum of Contemporary Art in Chicago that was constructed around the life of the artist Emily Carr, an early twentieth century artist from my hometown of Victoria, BC. The central component of this exhibition is a room comprising 24 narrative panels that depict incidents from Carr’s life intertwined with my own. The form of this room is based dually on Giotto’s Scrovegni Chapel in Italy, an early Renaissance church featuring narrative frescoes about the life of Christ, and the mid twentieth century phenomenon of carpeting walls. The second room of the exhibition features a large rug that reproduces a series of nudes that appeared in the 1933 exhibition at the Art Institute of Chicago, “A Century of Progress.” Emily Carr attempted to see in her only trip to Chicago, but arrived the day after it closed. On the wall of this room are six reproductions of unpublished diary comics that Carr produced in her early 30s. Finally, there is a comic that accompanies that exhibition and acts as an exhibition catalogue, purportedly explaining the work, but, in many ways, adding layers of complexity.

This exhibition addresses many of my interests in producing art: combining familiar modes in an unfamiliar or new way; contrasting humour and trauma; using research, with a particular emphasis on women’s history and forgotten history; and employment a variety of visual and material strategies. 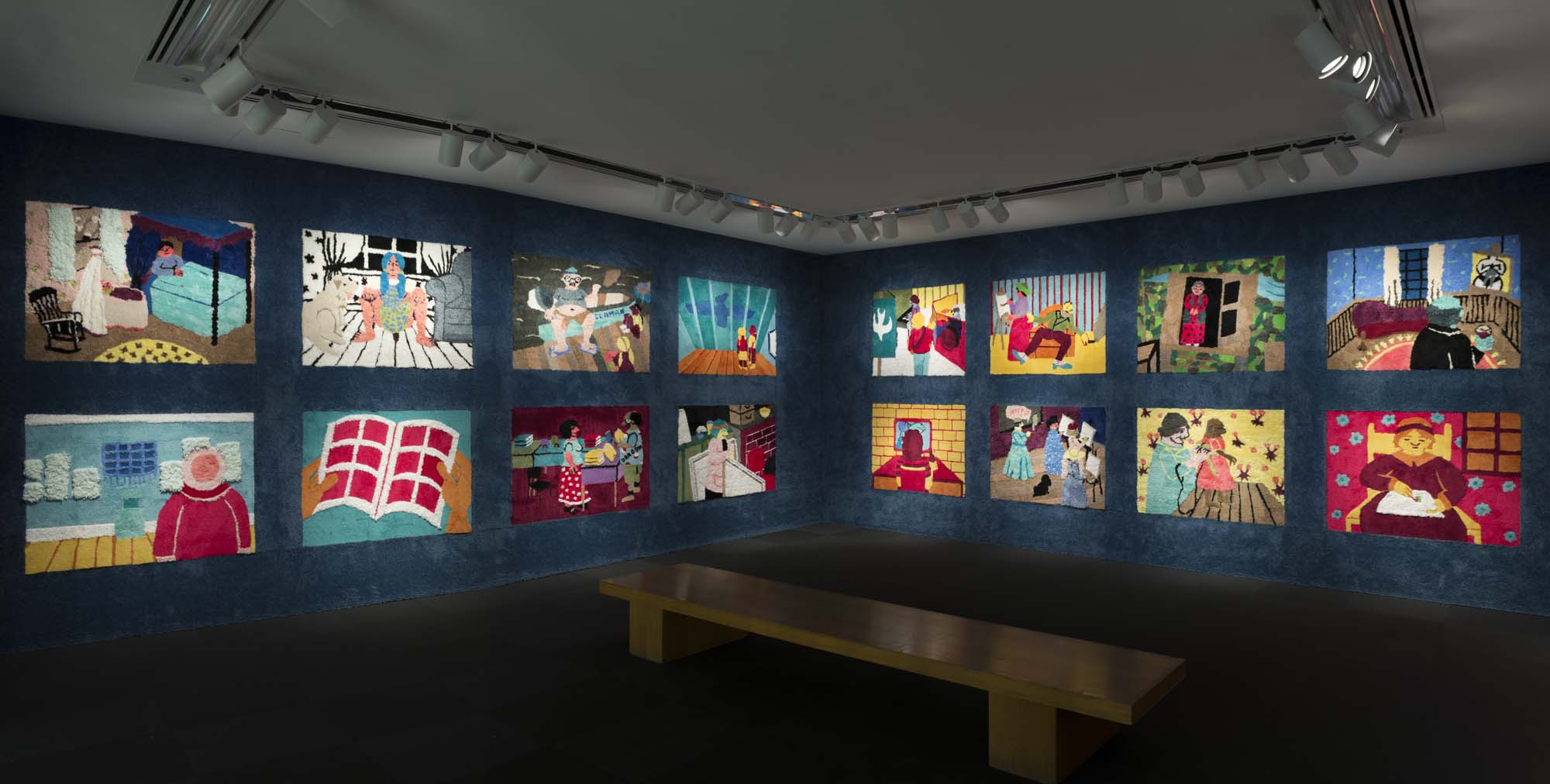 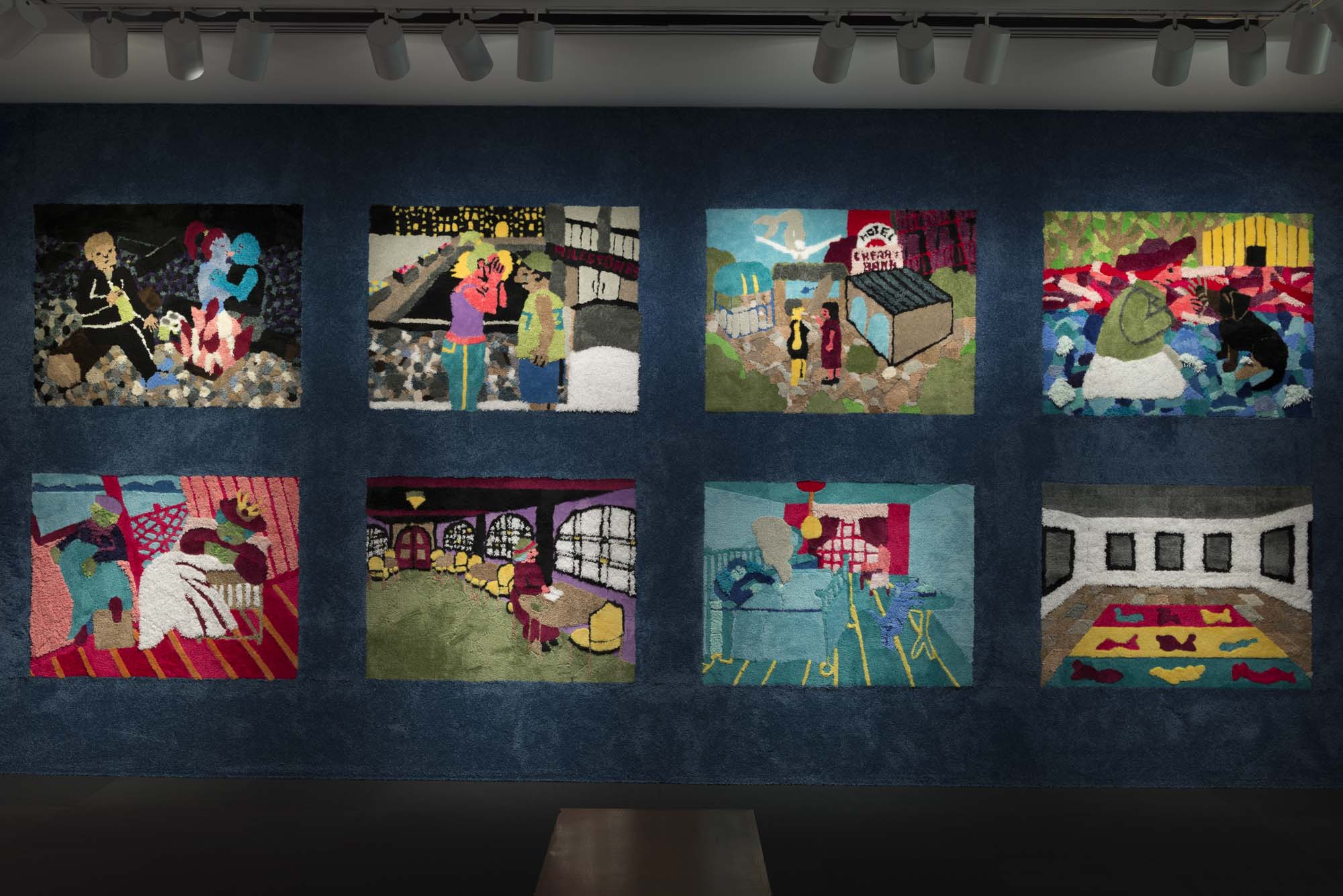 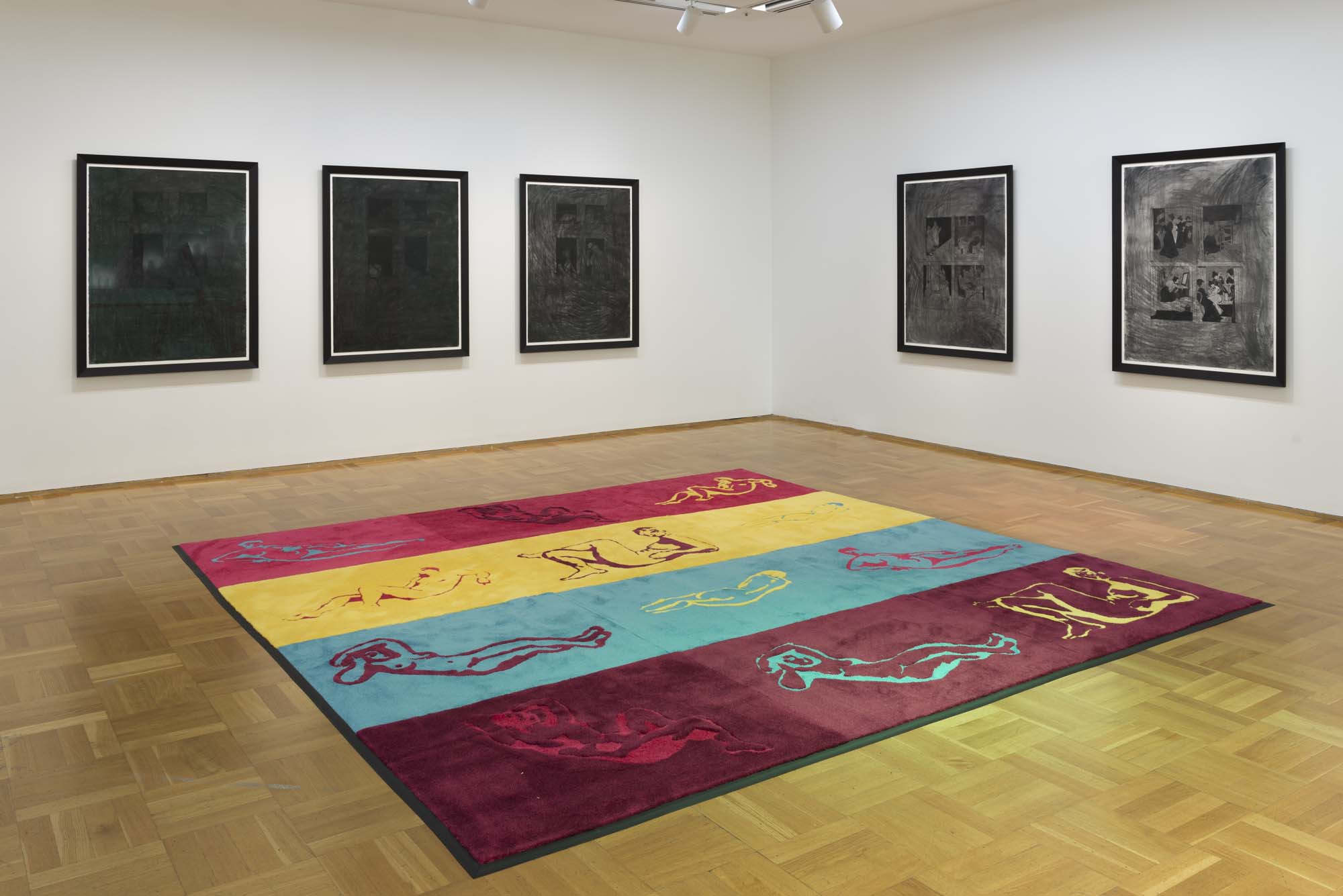 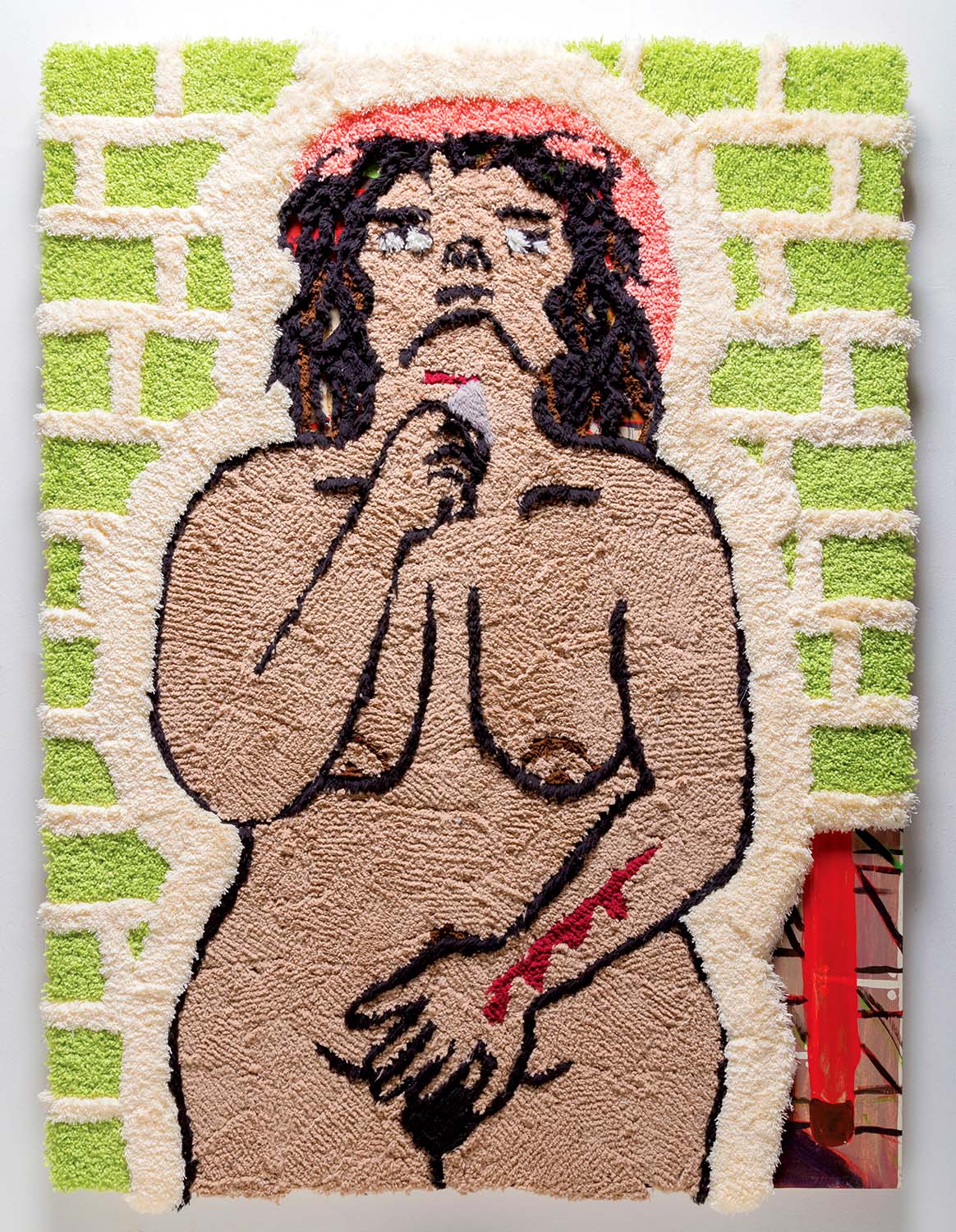 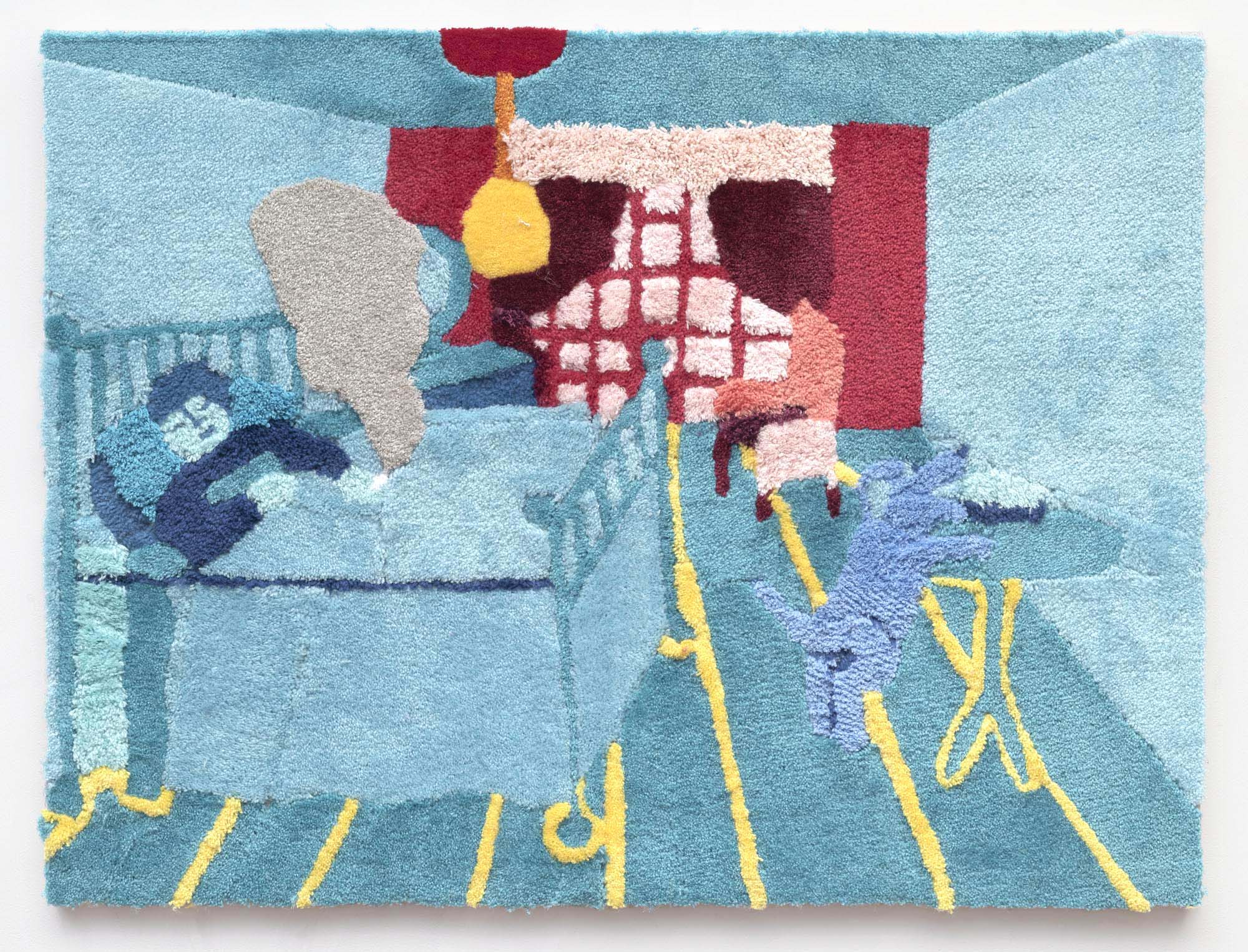 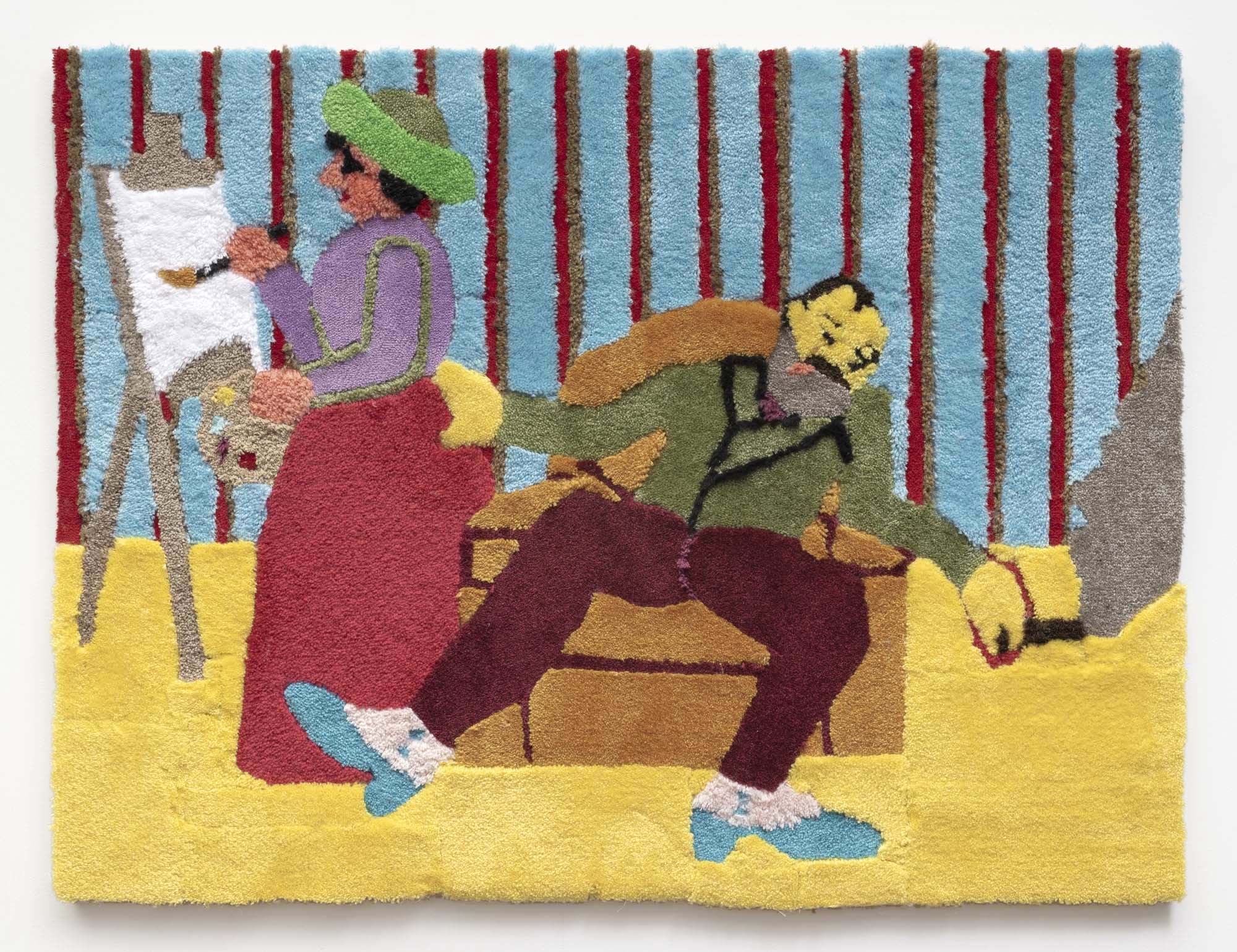 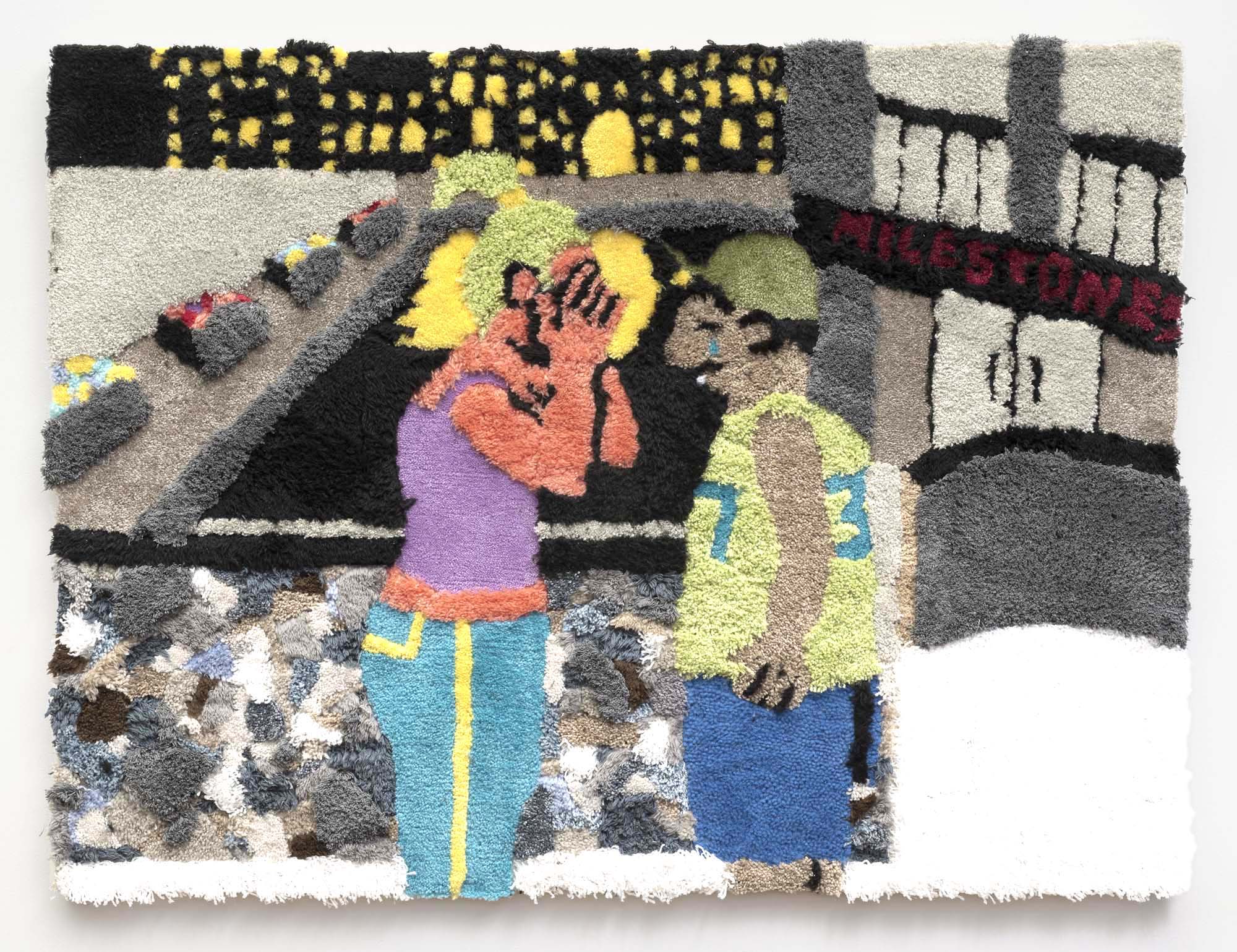 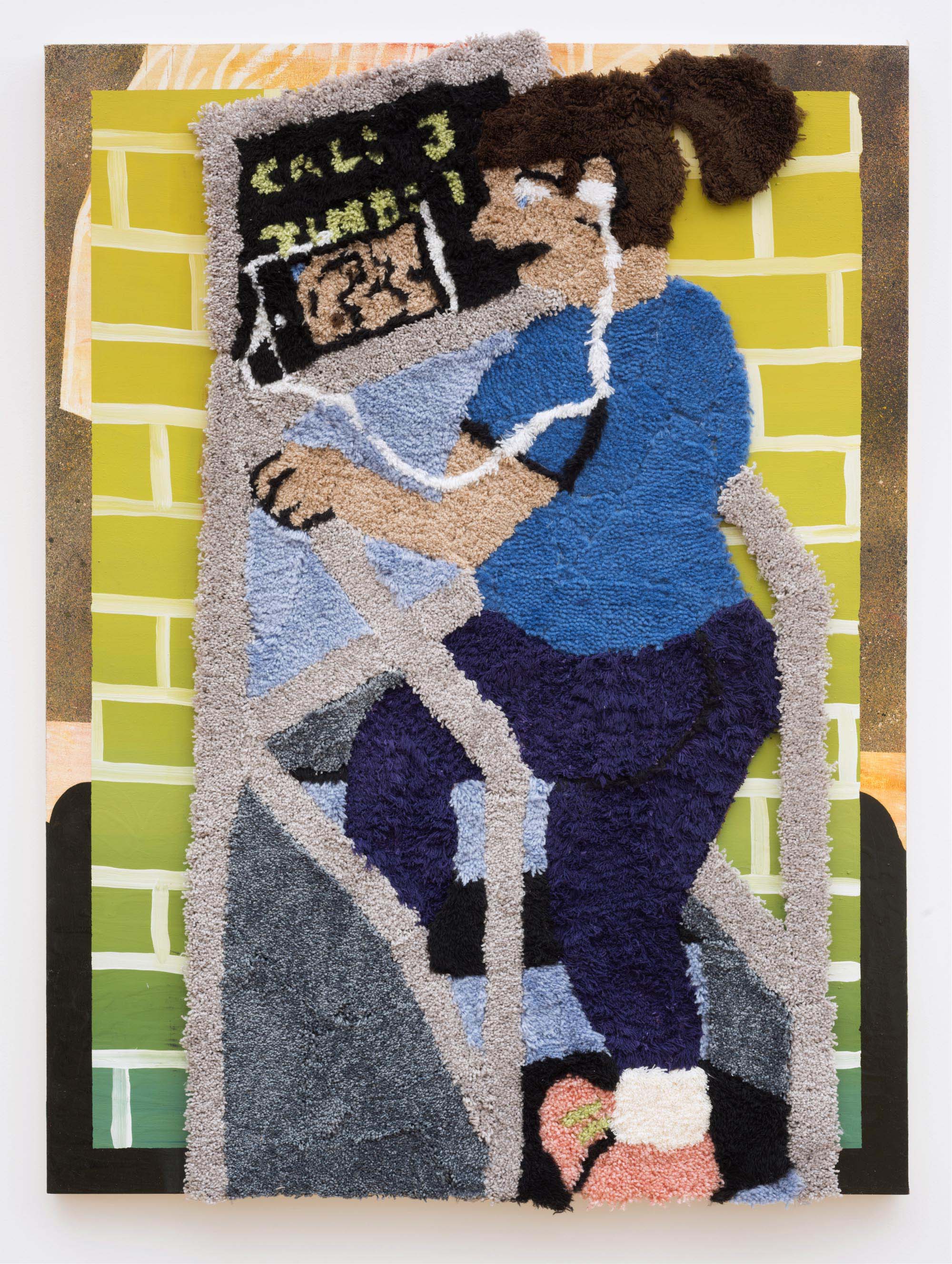 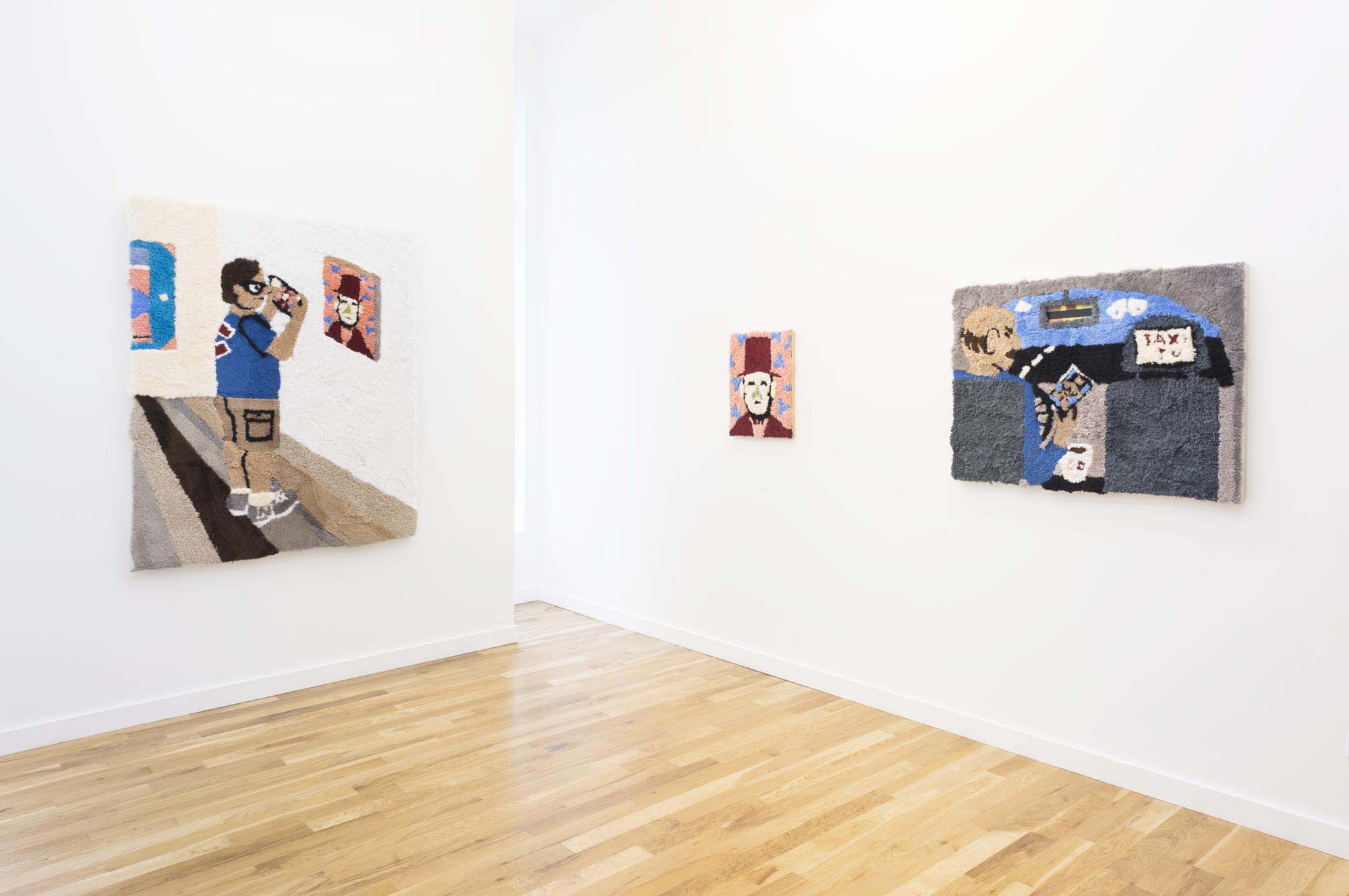 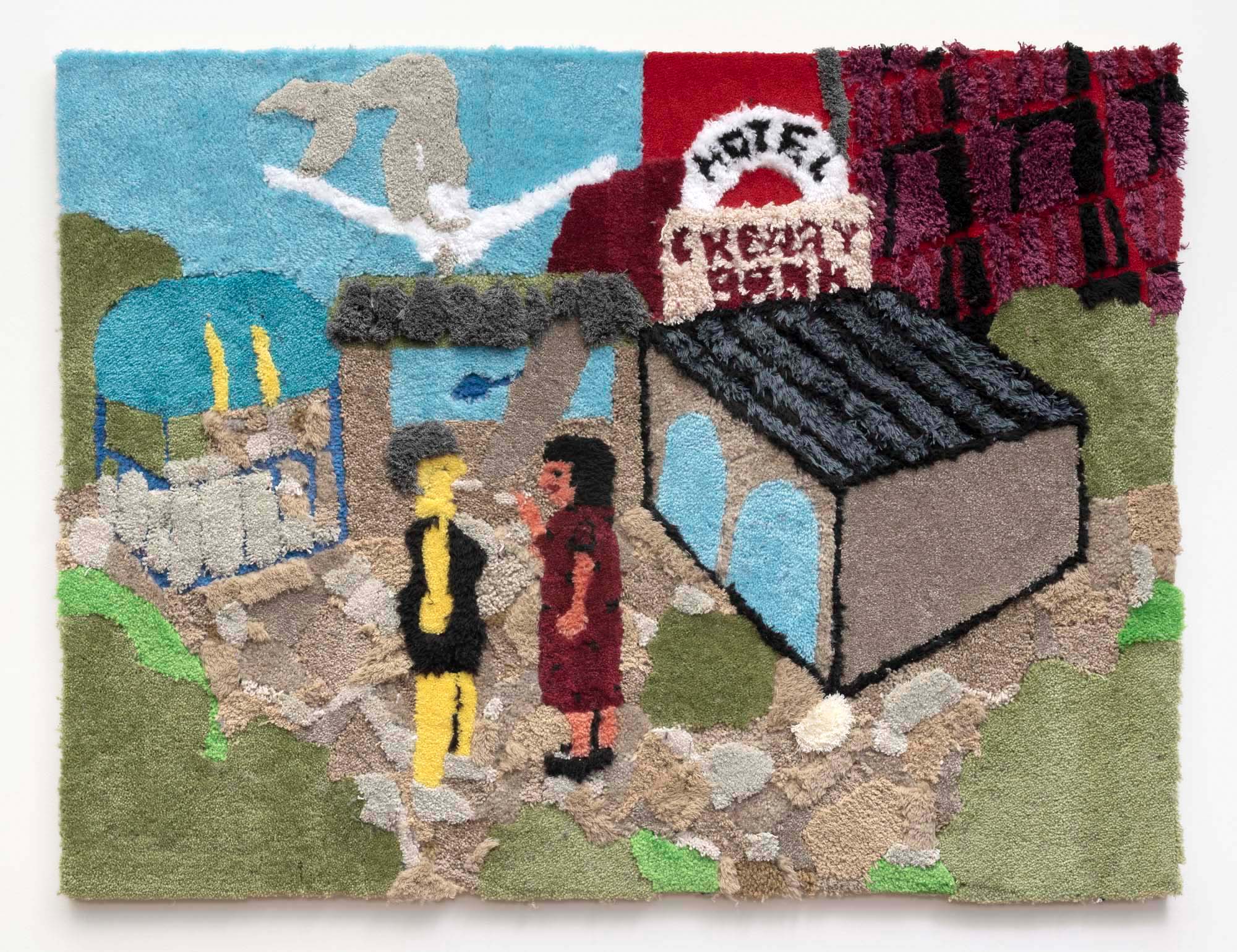 Jessica Campbell is a Canadian visual artist and cartoonist currently based in the midwest, working in comics, fibres, painting and drawing. She has a current solo exhibition at the at the Museum of Contemporary Art (Chicago) and has upcoming or previous solo exhibitions at Field Projects (New York); the Ritz Gallery (Brookings, SD); Western Exhibitions (Chicago); Laroche/Joncas (Montreal, QC), in addition to other institutions. She has been included in group exhibitions at the Hamilton Art Gallery (Hamilton, ON, Canada); ICA Baltimore (Baltimore, MD); moniquemeloche (Chicago, IL); Owens Art Gallery, Mount Allison University (Sackville, NB, Canada) and others. She is the author of the graphic novels Hot or Not: 20th Century Male Artists (2016) and XTC69 (2018), both published by Koyama Press. She has a BFA from Concordia University (Montreal, QC) and an MFA from the School of the Art Institute of Chicago.