Jessica Alazraki’s figurative portraits convey everyday stories of colorful characters. These are confronting the viewer, without interacting with each other, instead submerged in their own personal psyche. The narratives are based in ordinary and familiar scenes of Latino family life, highlighting the influence of American culture and implying indirect political statements. The strong presence of primitive and naïve style connects the works to folklore elements and Mexican crafts.

Composition and color are prominent in the paintings, as the artist opts for the placement of the elements versus the realistic quality of the form. Her intention is to break traditional viewing rules and come up with unpredictable pictures. Laws of perspectives and anatomy are altered thus creating distortions and exaggerations and ultimately prioritizing emotion over objective reality.

Humor, nostalgia, patterns and decorative elements play an important role in the compositions. The light source is not clear, nor consistent, and color enters the paintings in radical, aggressive ways delivering emotion. Within the representational figures, abstracted forms appear. This subtle abstraction brings forth the social condition of the Latino, both defined and abstracted in the US. 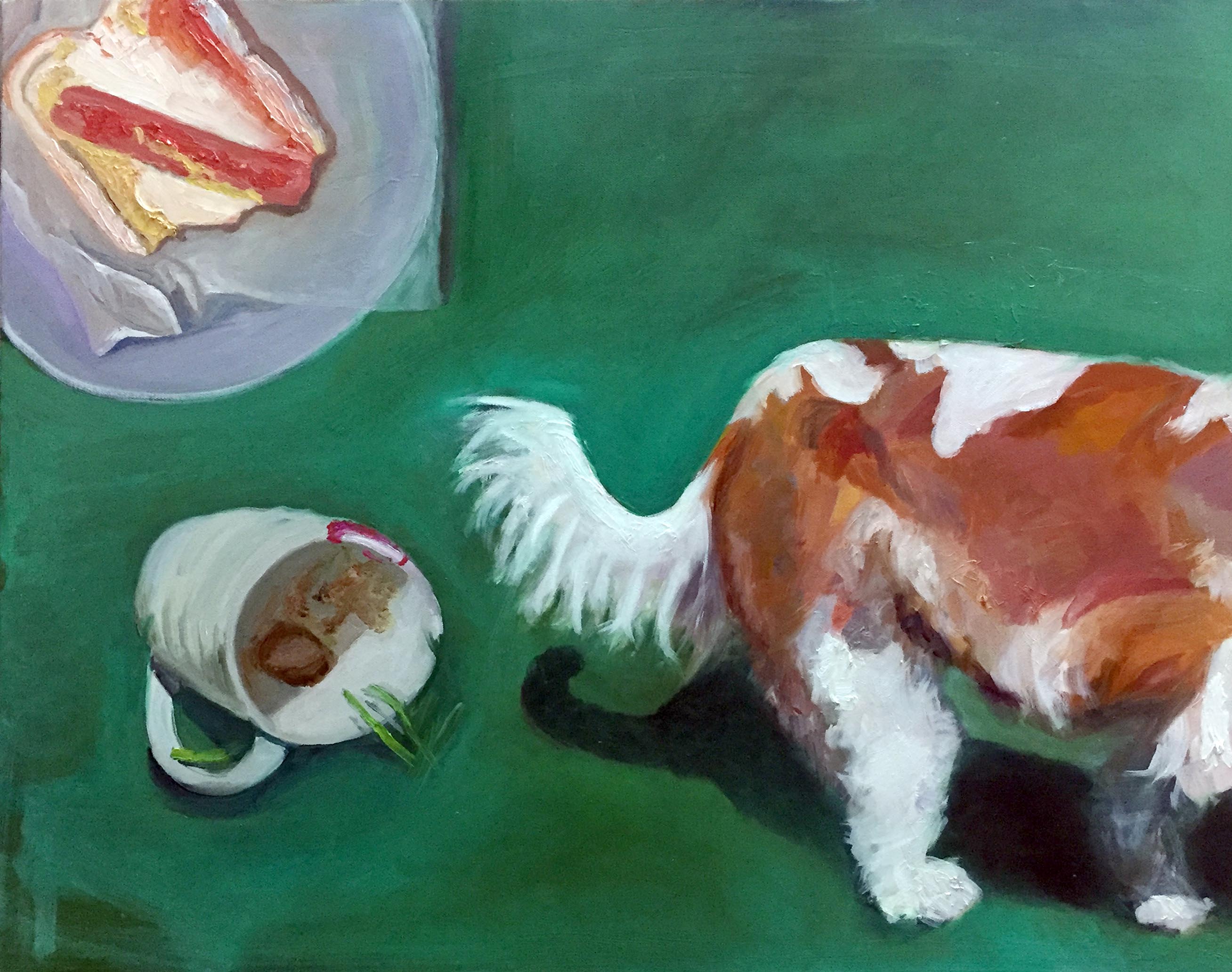 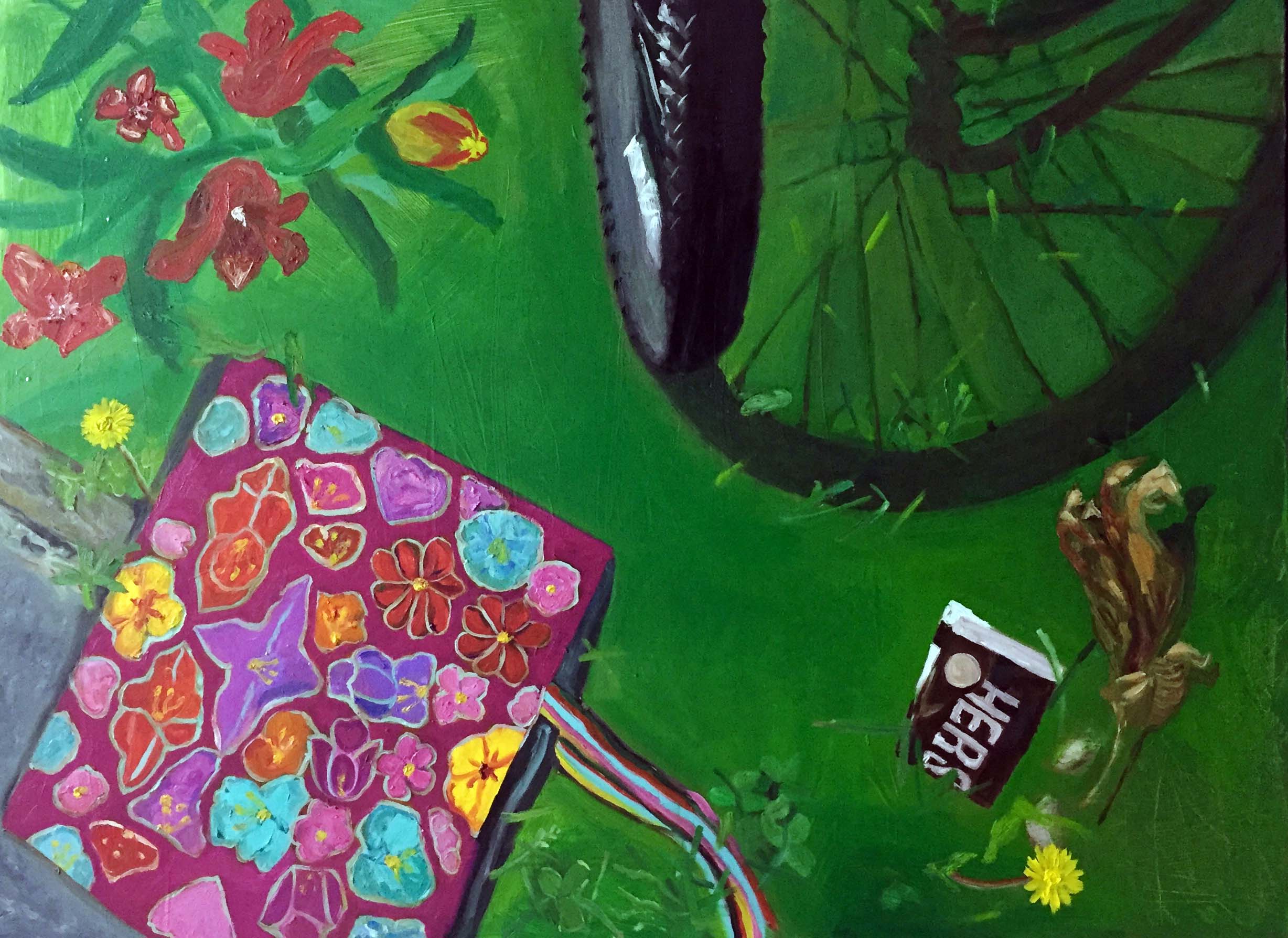 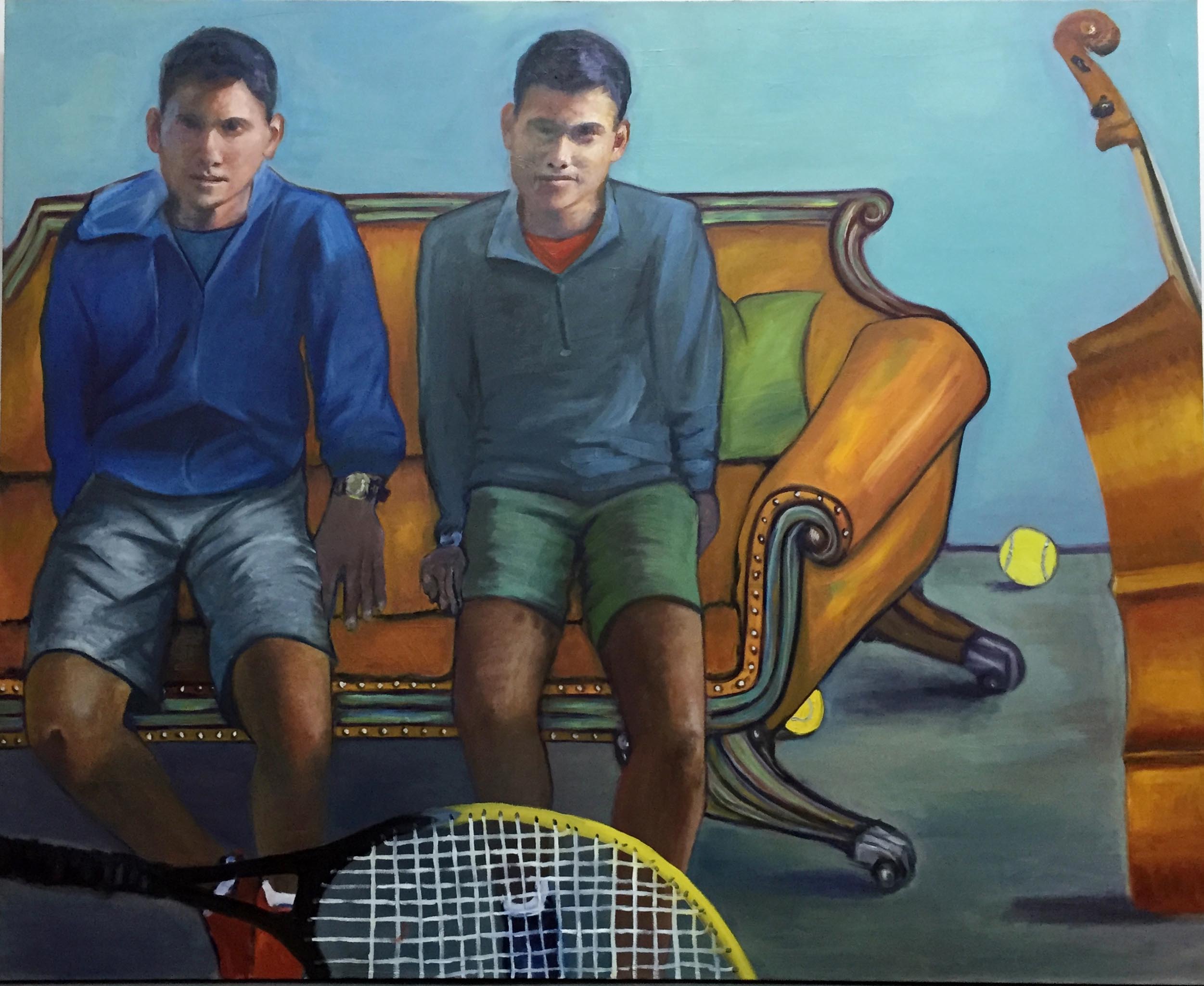 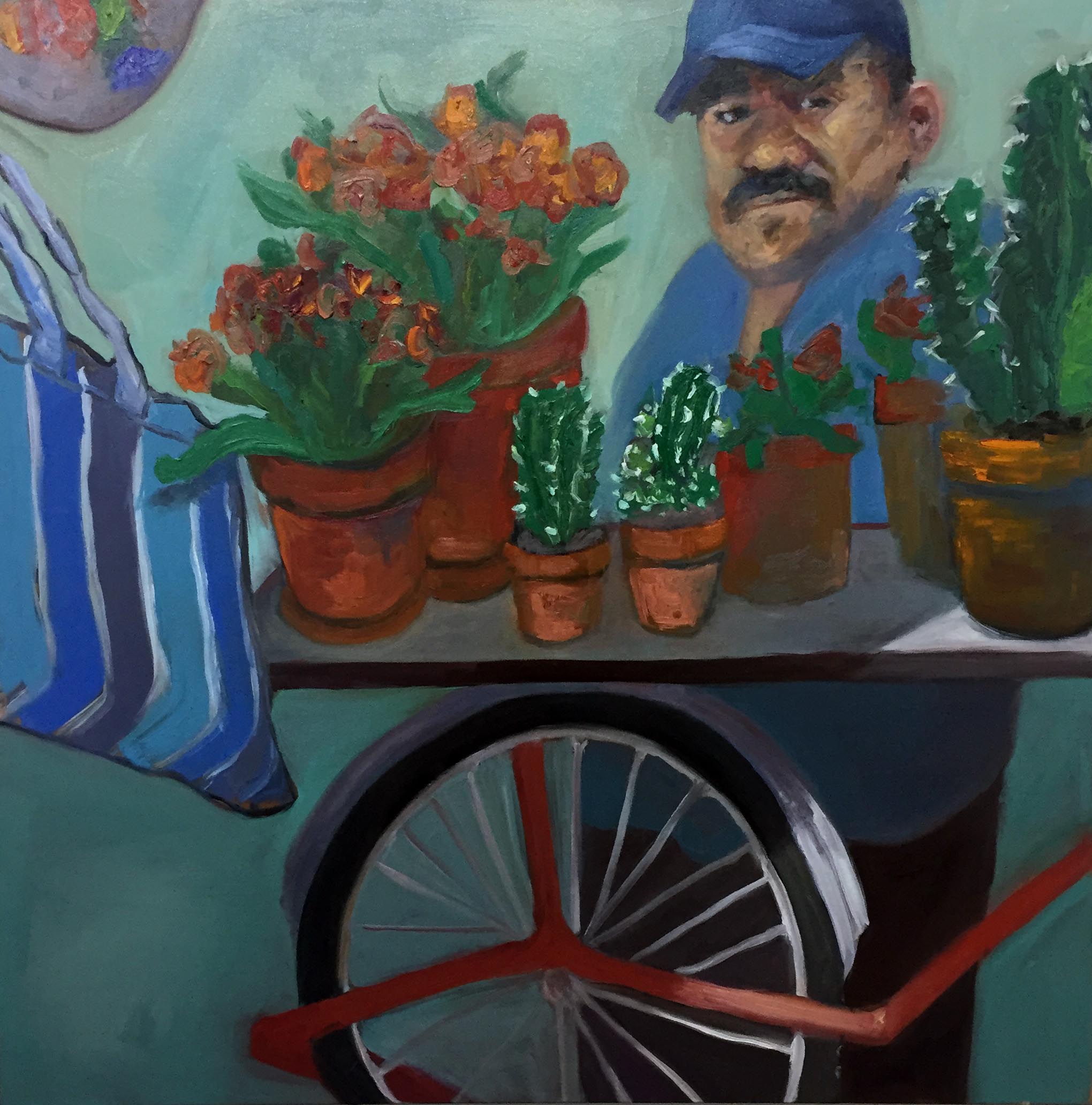 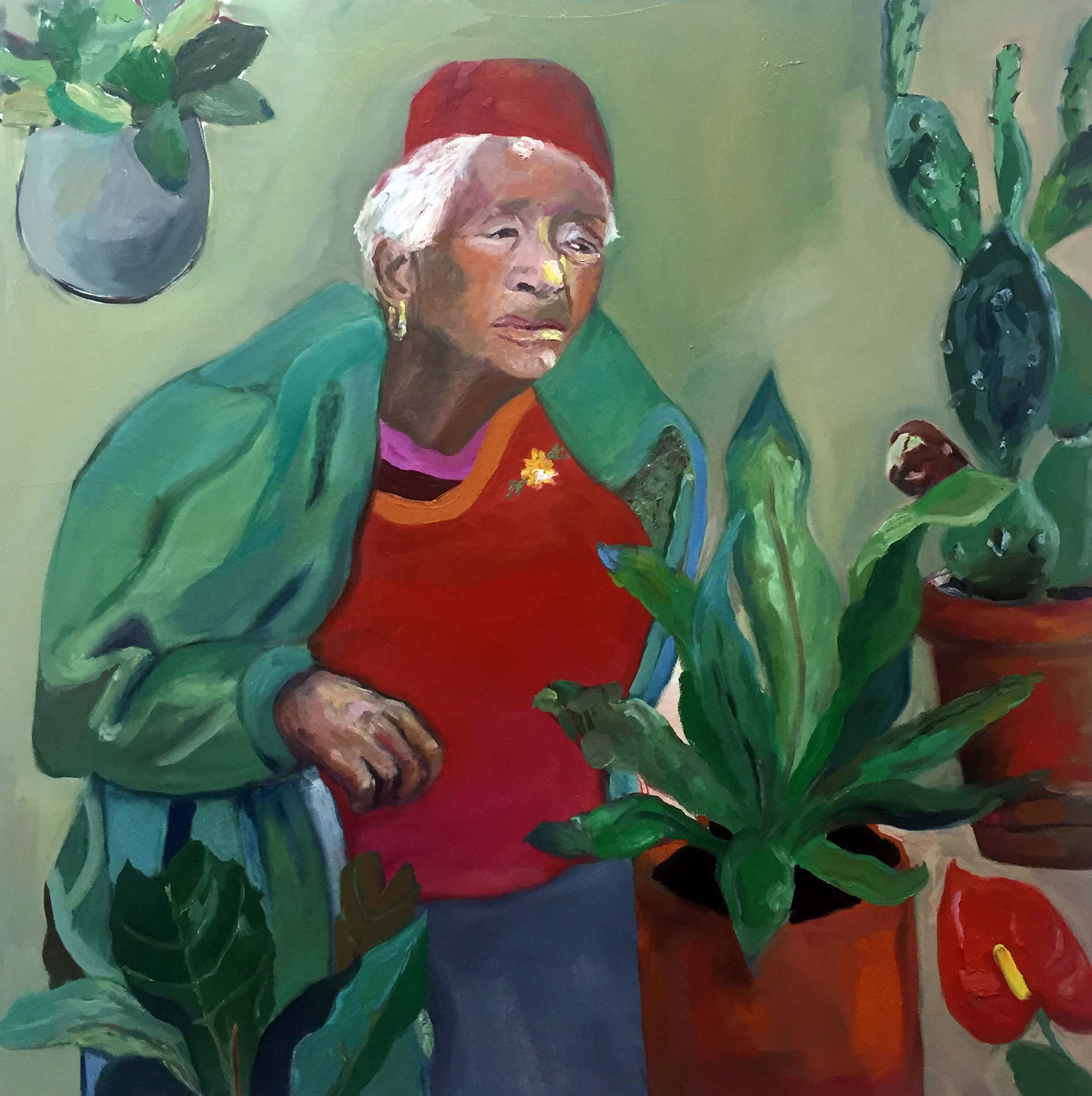 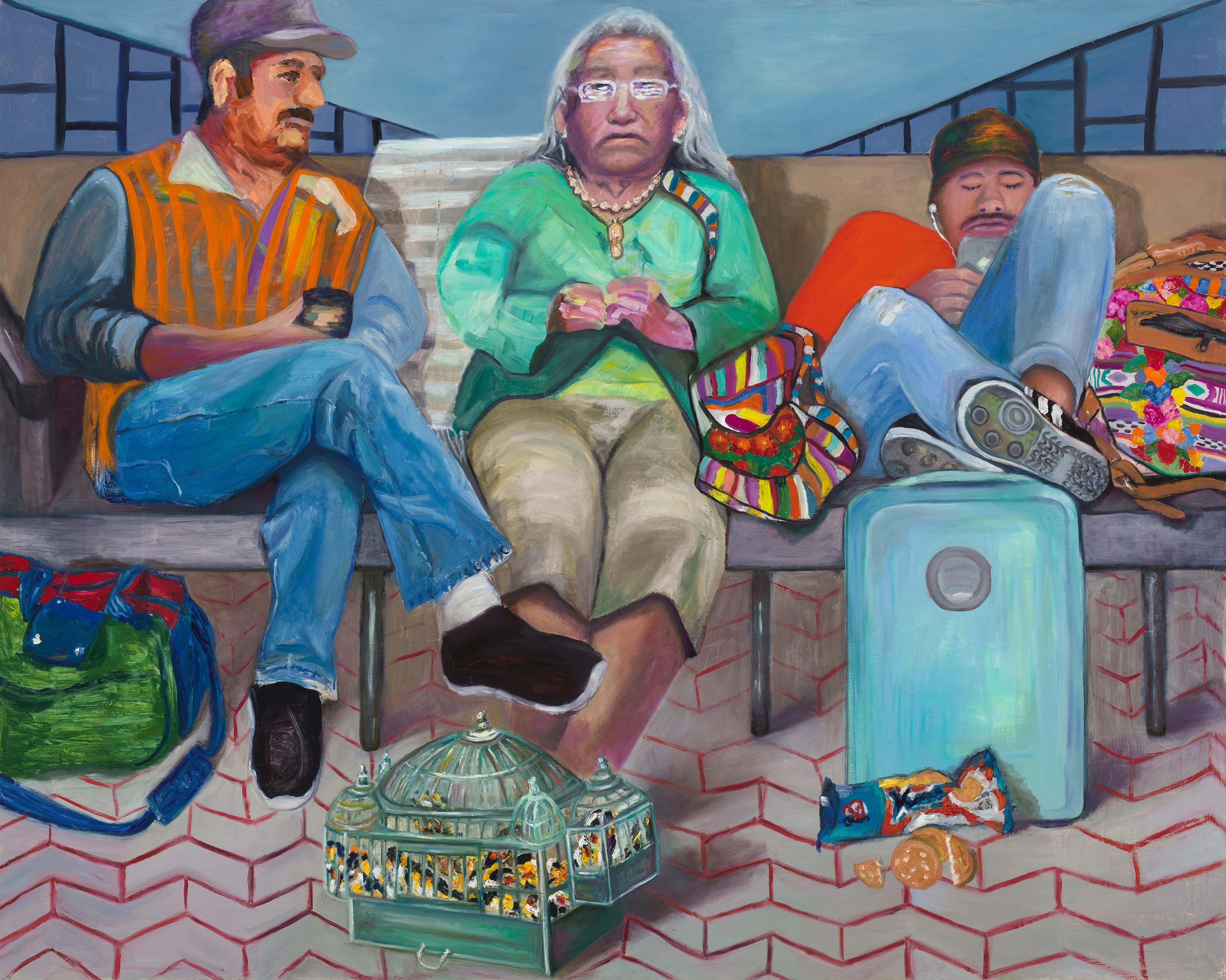 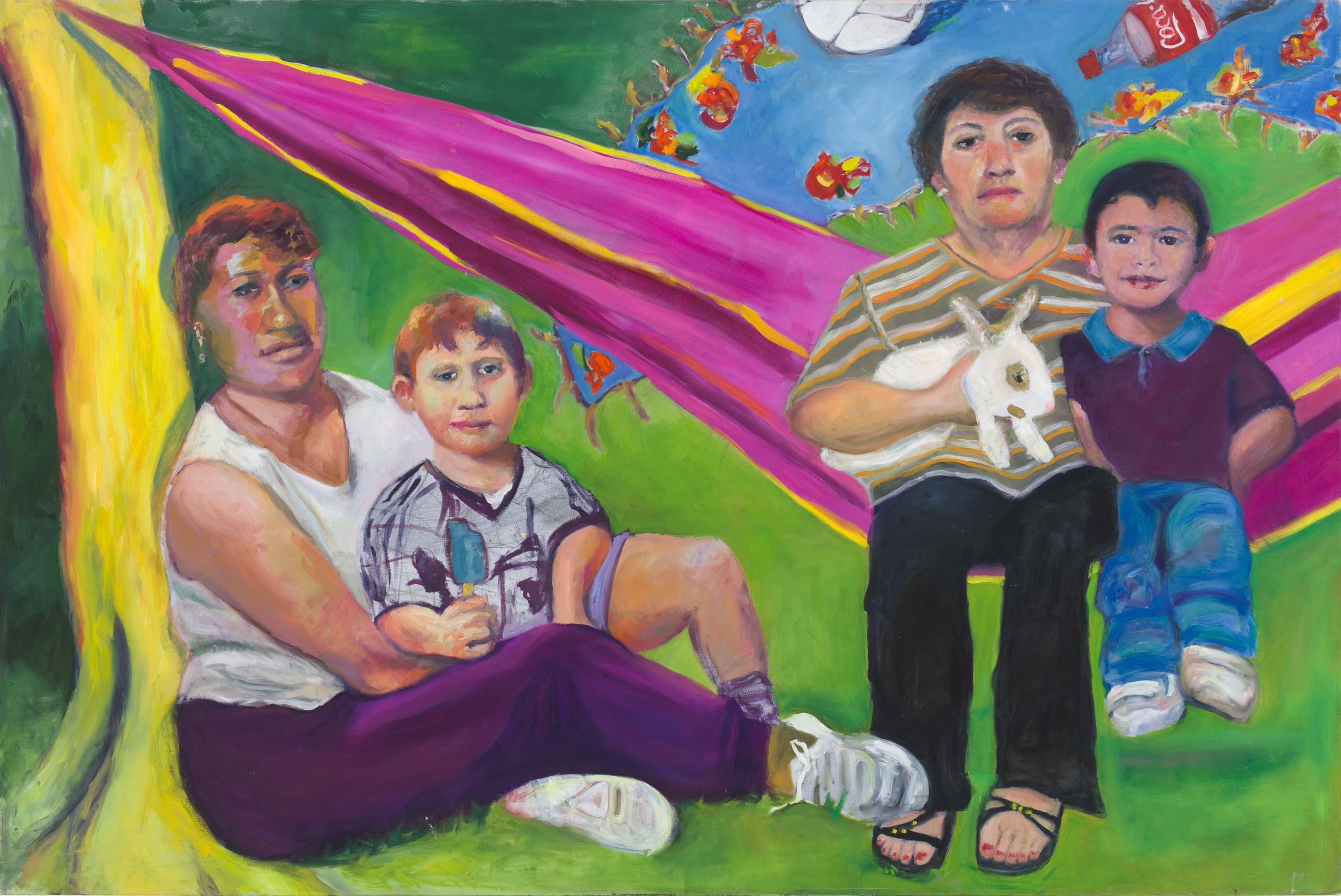 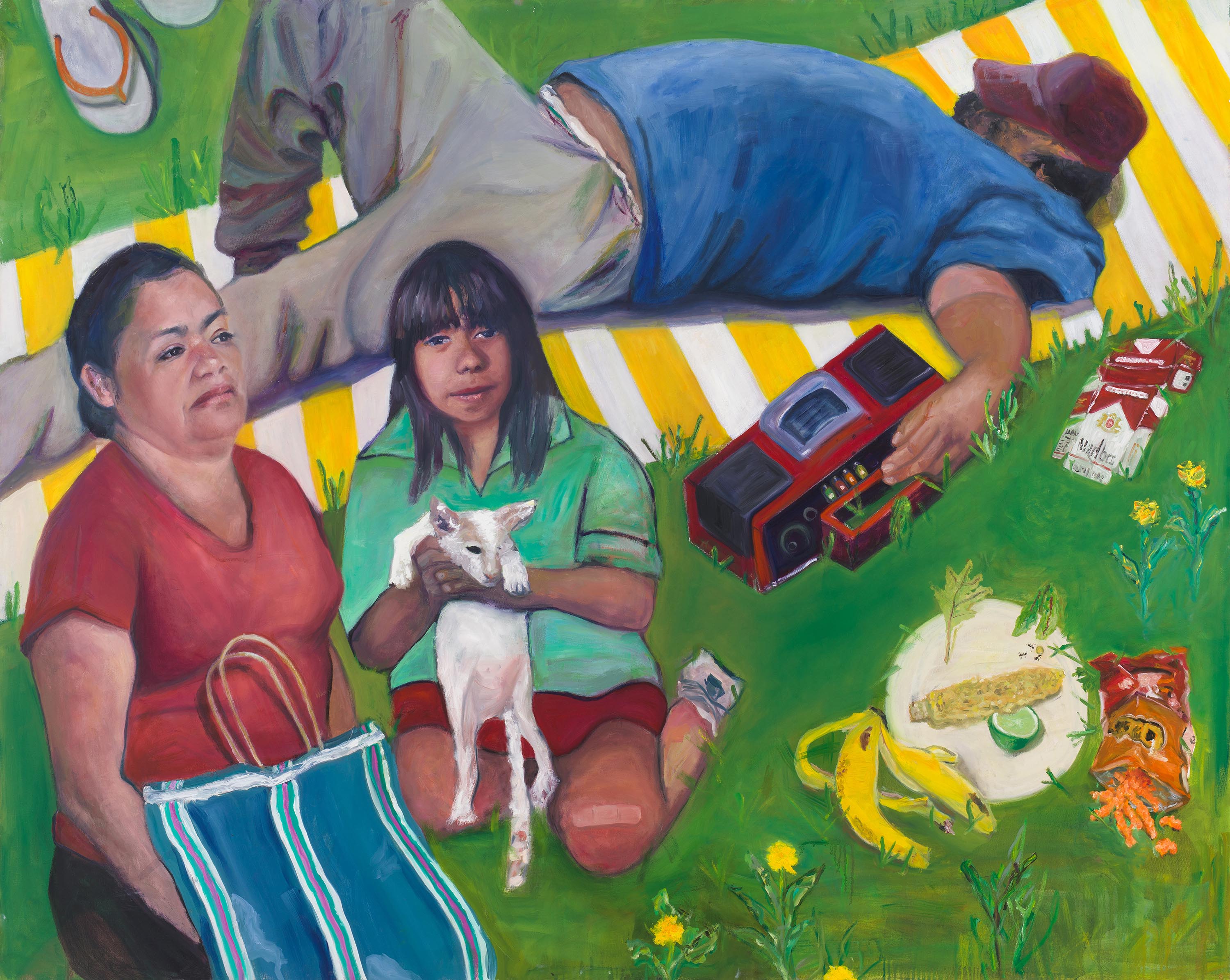 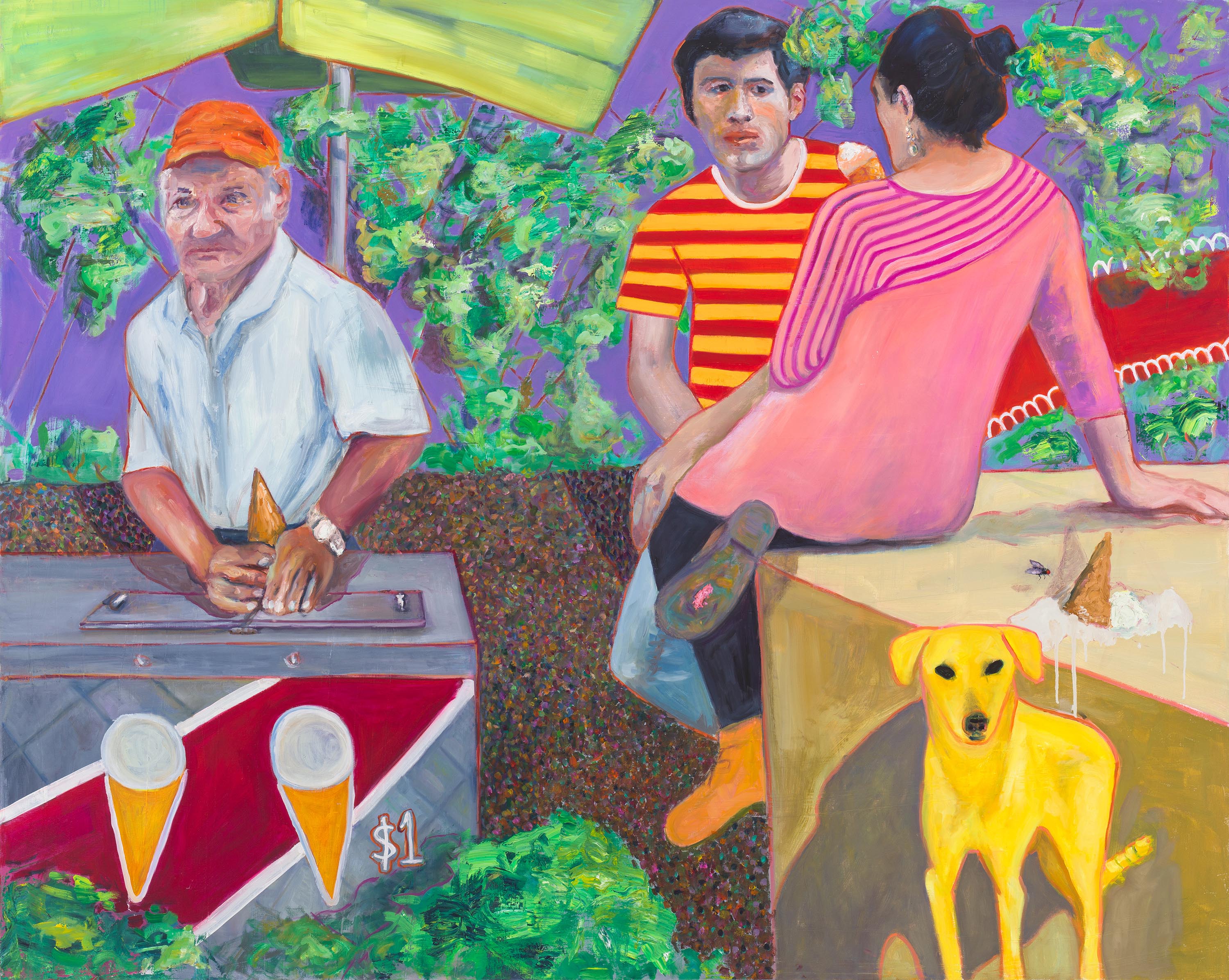 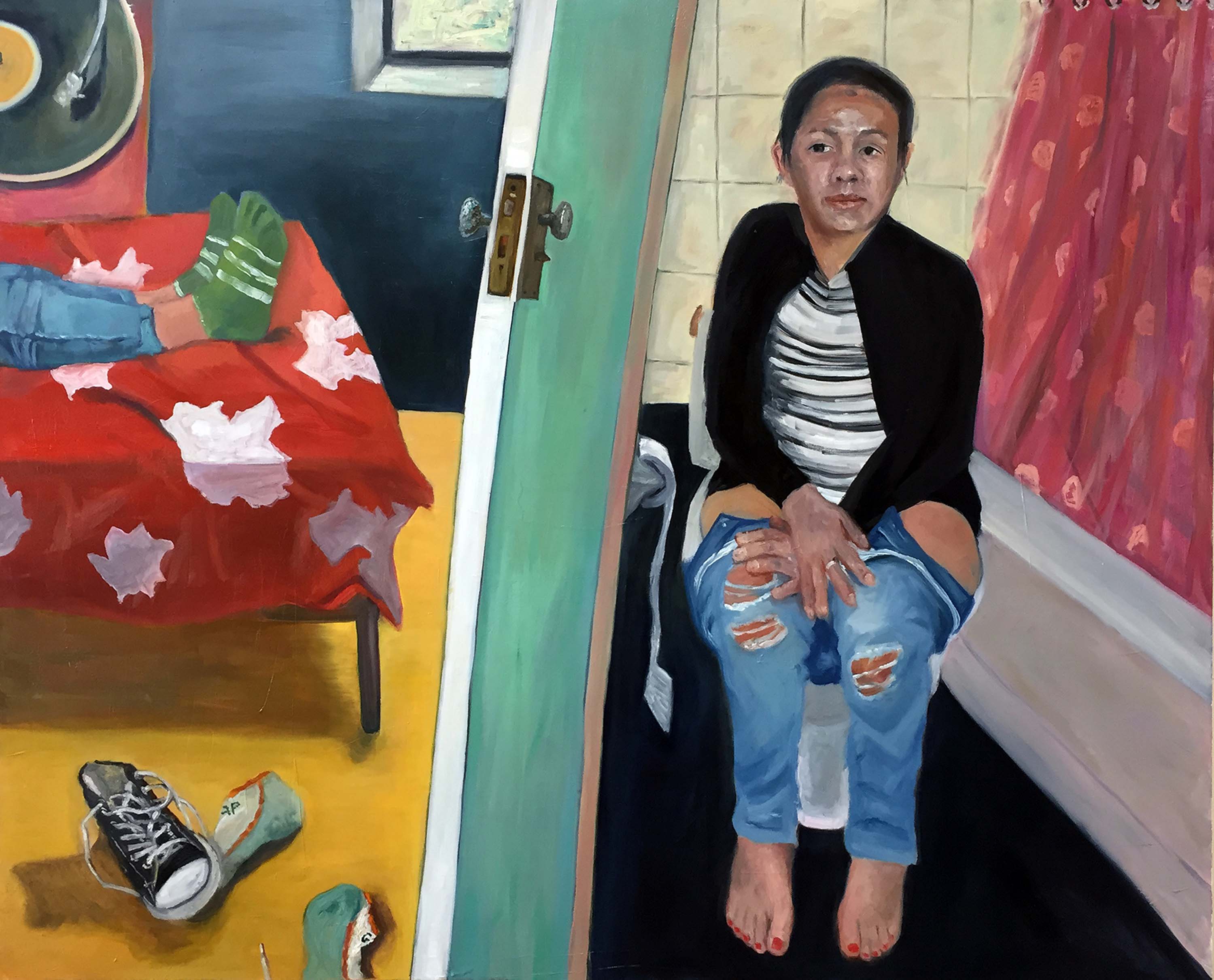 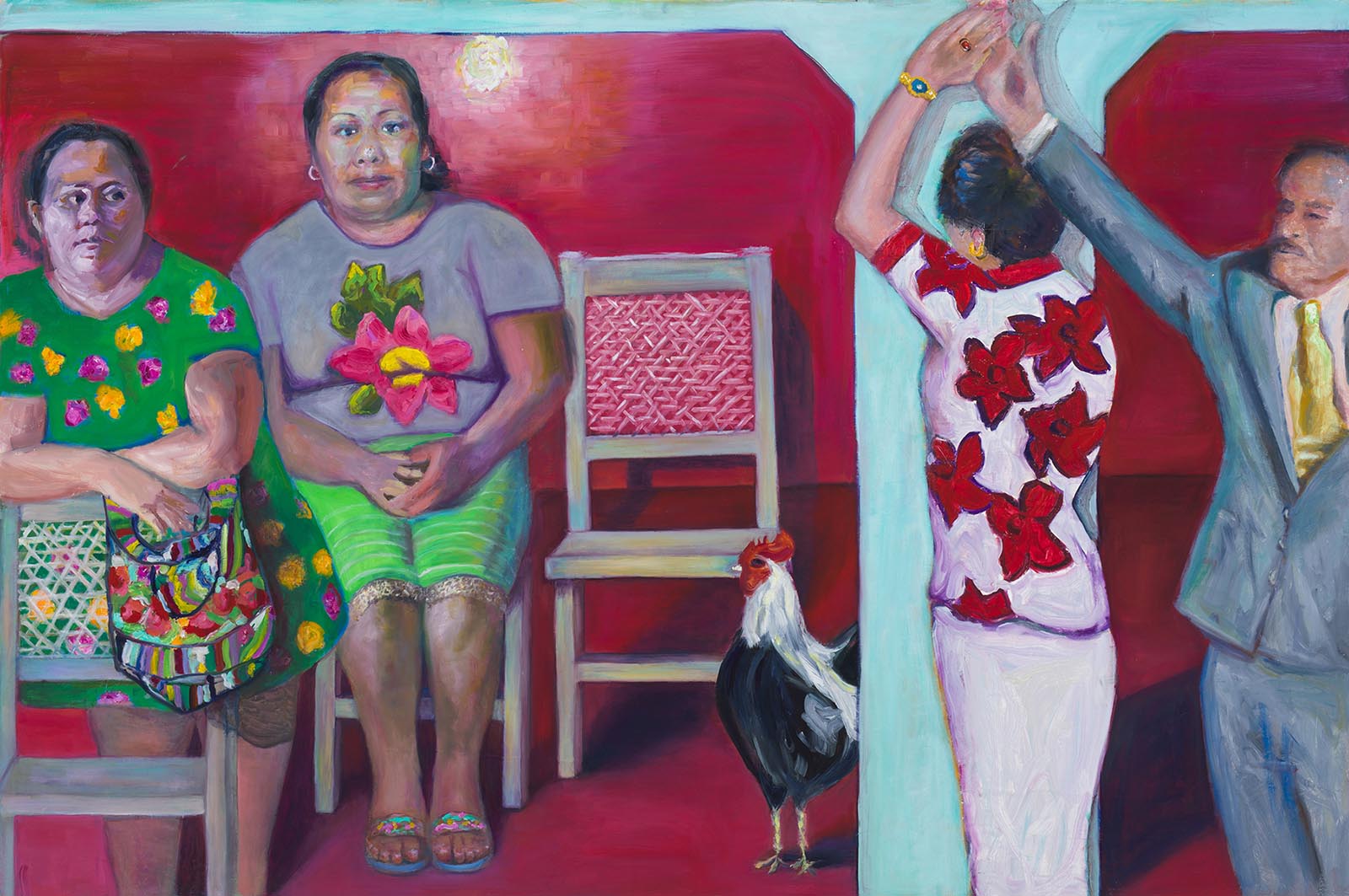 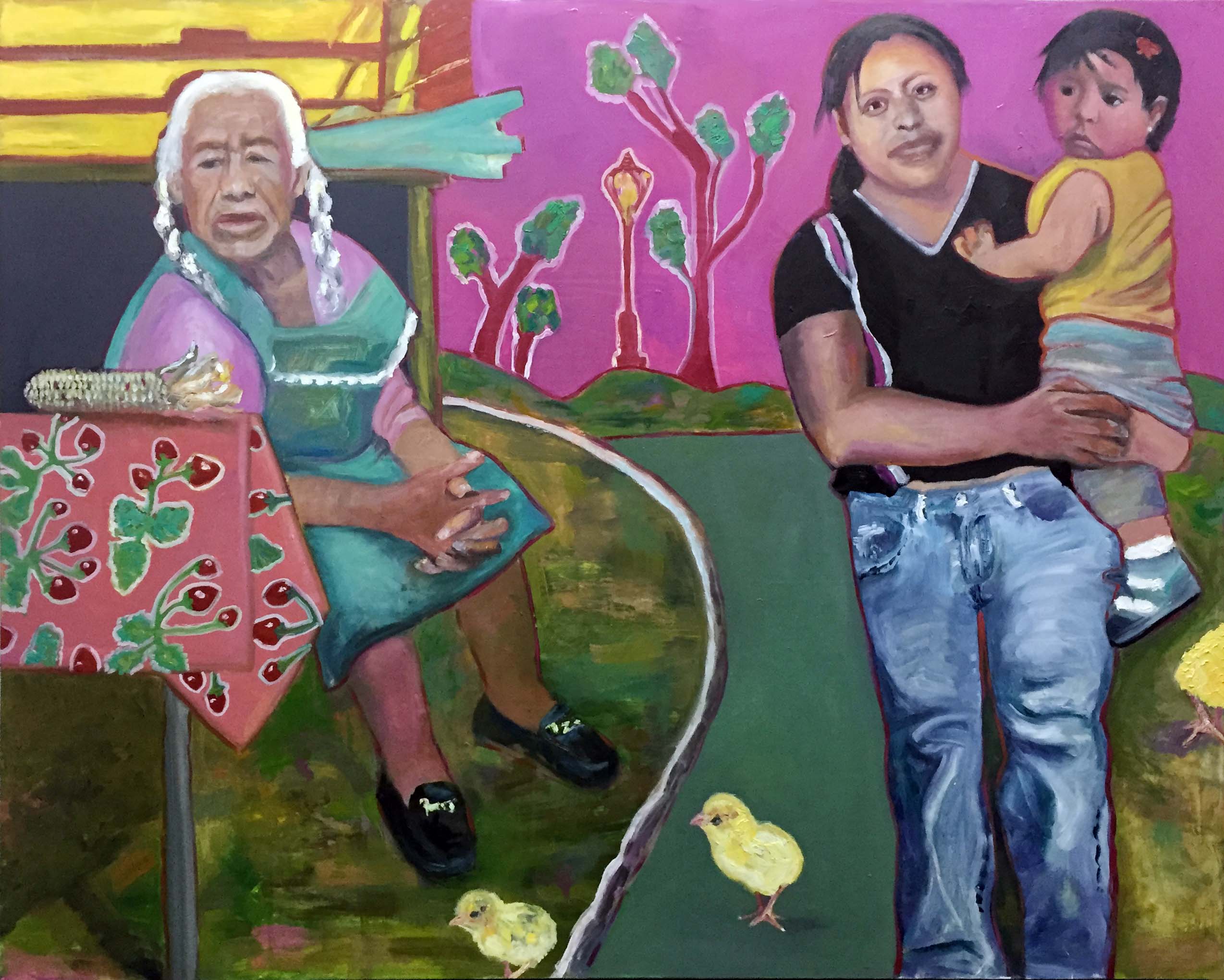 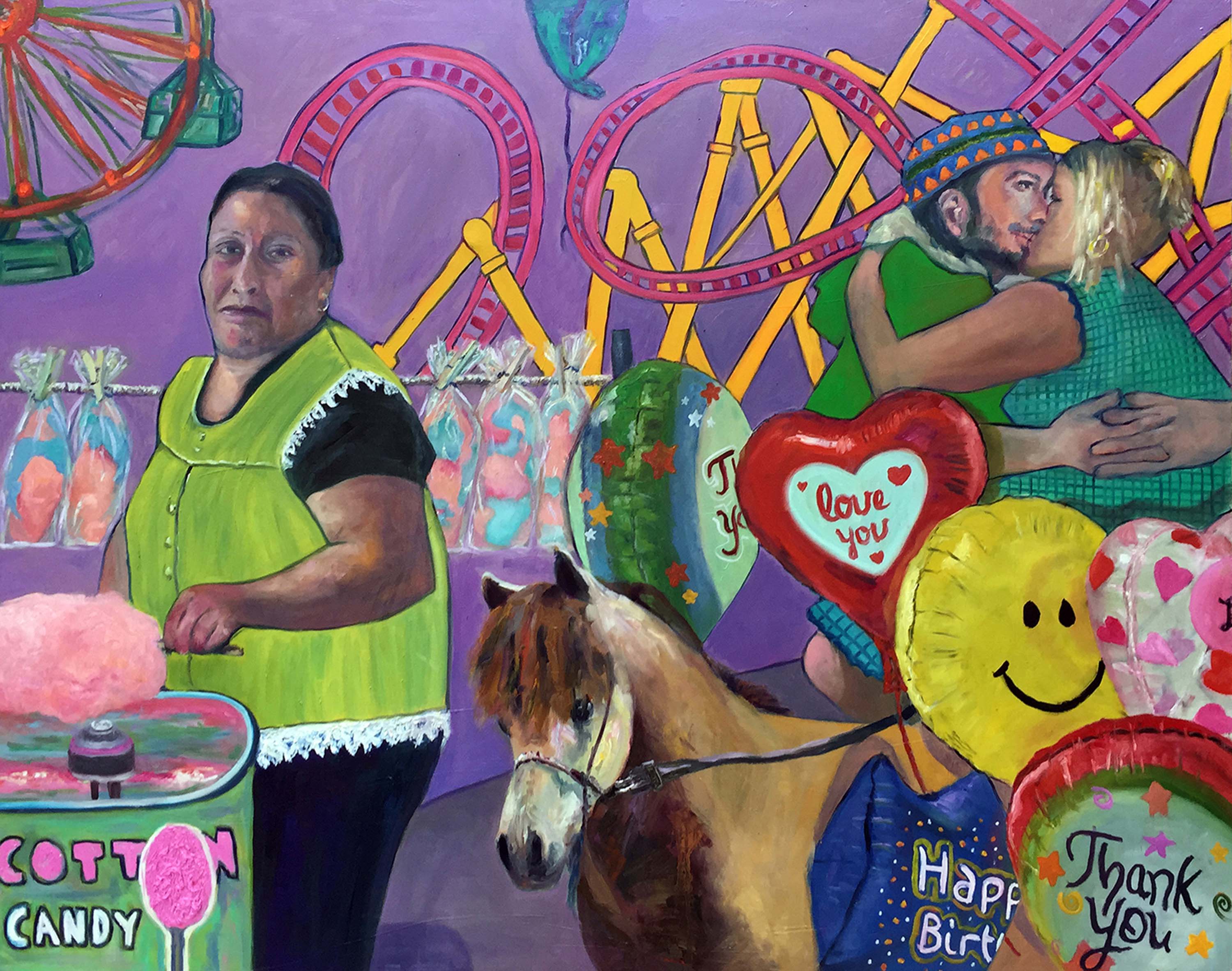 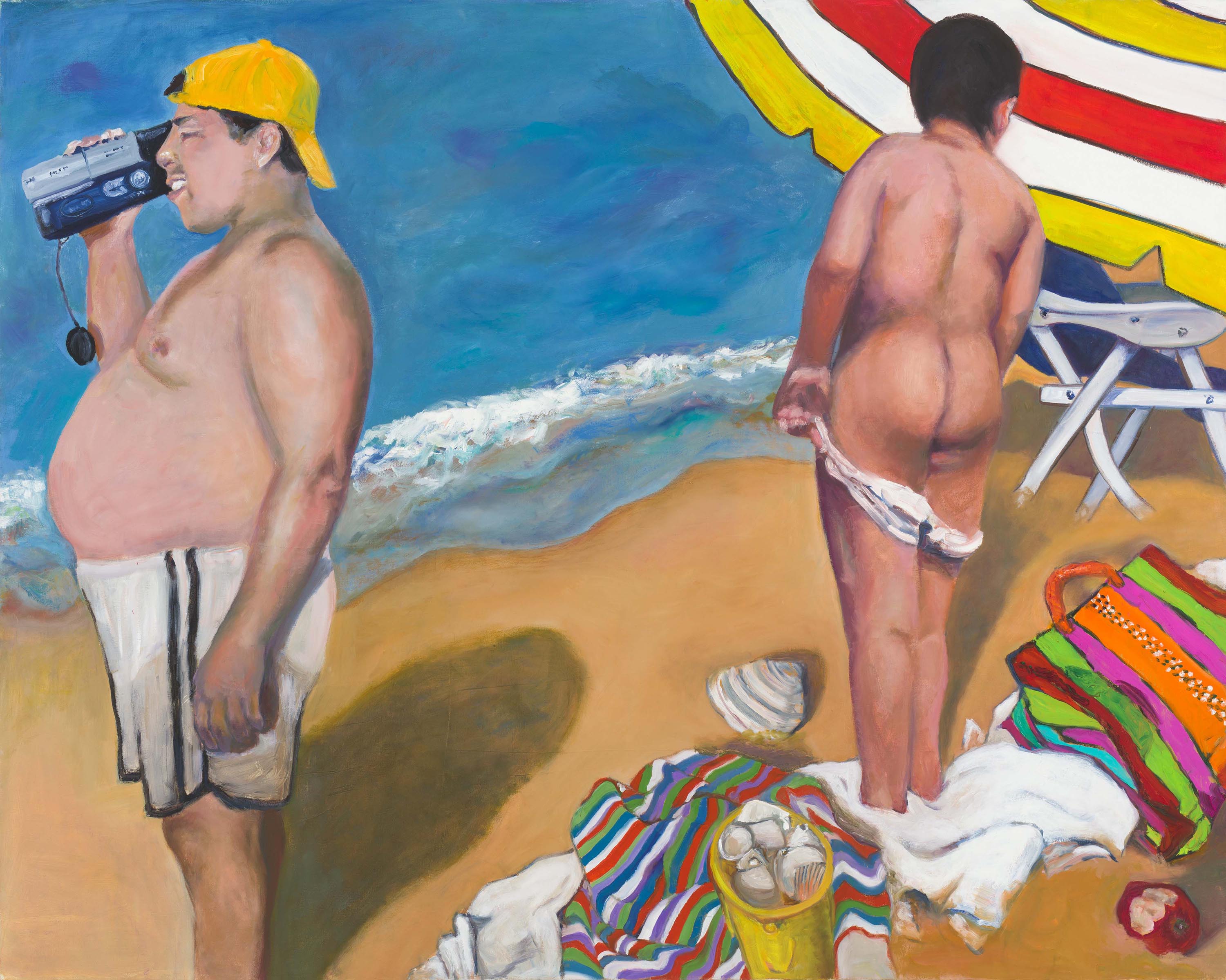 I was born and raised in Mexico City by Jewish parents. Studied in a Jewish private school and have a bachelor degree in Communication from Universidad Anáhuac in Mexico City. I worked as a creative in advertising right after I finished high school and I have always been fascinated by creative ideas and challenged myself to break some rules and been excited by outside the box thinking in every creative field.

I moved to NYC in March 31st, 1998 and had lived here since then. New York fascinates me, and I called it home immediately. I found work in various advertising agencies that target the US Hispanic market and had a strong understanding of their cultural differences and identified myself as a minority since. I have always been educating myself technically while working. I did a degree at Parsons School of Graphic Design since 2000 and took CE classes in various schools like SVA and Cooper Union.

I quit my job after becoming a mother, but as a creative person, I always had the need to express myself visually. I discover drawing and painting in 2004, and as much as parenting allowed it, I became more of a serious art student, working from life models and learning anatomical drawing and figure painting.

After my first year studies at the master degree level on figurative painting at the New York Academy of Art, I have been preparing myself for a self-directed body of work that represents my artistic interest, my personality and contributes to creating social awareness of a very important topic. I believe in diversity; I am proud of being Latina.