Cho, Hui-Chin studied at Slade School of Fine Art 2014-2018 (First-class honours on the Dean's list). Having grown up in a richly integrative country, She has a deep interest in using an amalgamation of materials to create philosophical dialogue through distorted subject matter and abstract motifs, and the enduring insistence of a grotesque iconography of baby sustains her work.

Through a practice primarily concerned with painting and sculpture, Cho investigates the issue of materiality, especially leathers and furs sacrificed during the period 20s - 60s, with the dilemma behind such materials which are creatures by-products. Cho is interested in exploring how the metaphors are overlaid and integrated into the ordinary perception of things, simultaneously depicting the ambiguous identity of vintage references, and she insists responding to hidden metaphors of the materiality. Her works are concerned with a miscellany of incongruous figures and motifs; fragments join a narrative grotesquely but still compelling. Her inquisitive artistic approach is an act of introspection and a reflection on her culture's performances, desire, fetish, ambivalence, sadism or obsession.

Cho has won the CASS ART Painting Prize and the Steer Prize in 2018. Cho, Hui-Chin currently lives and works in London. 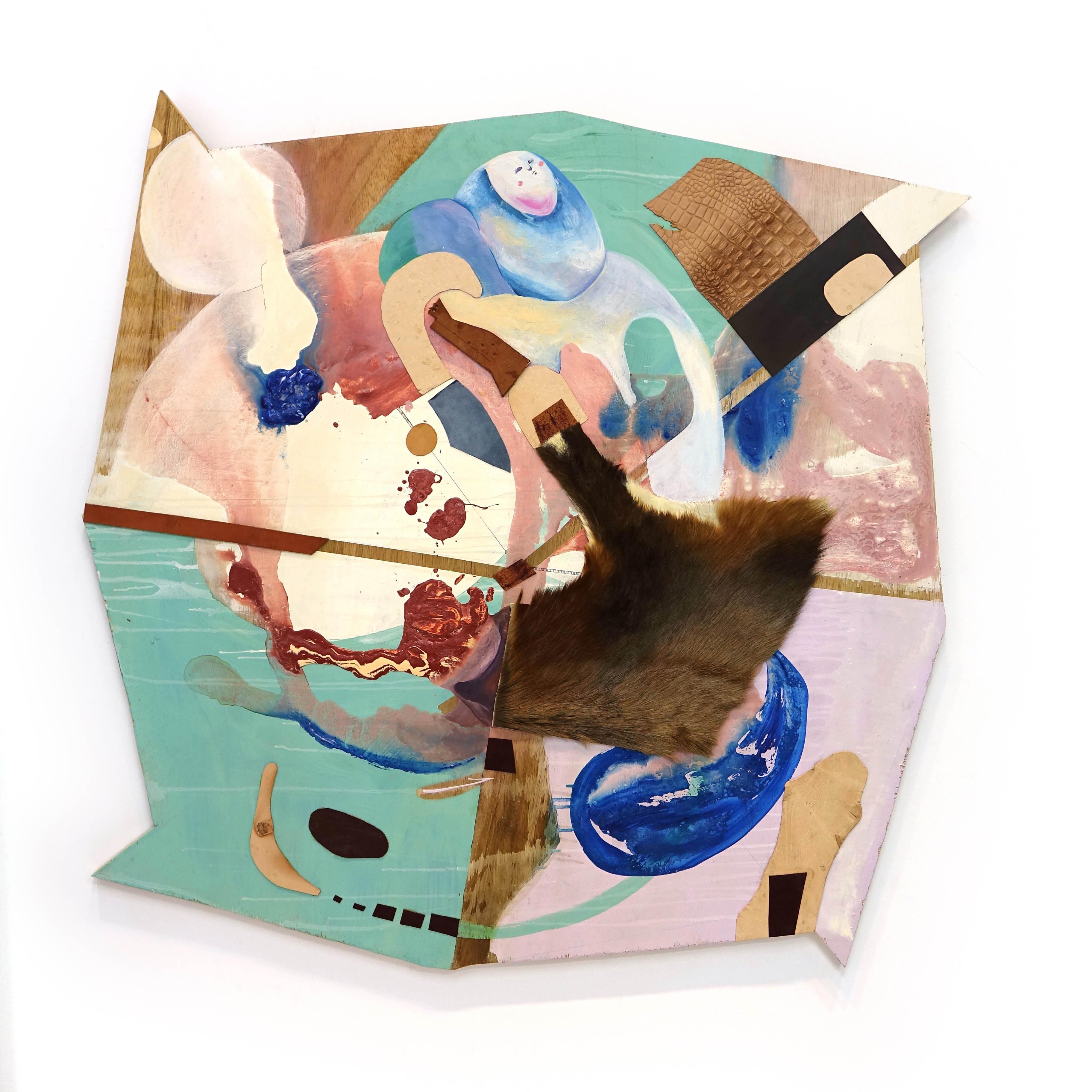 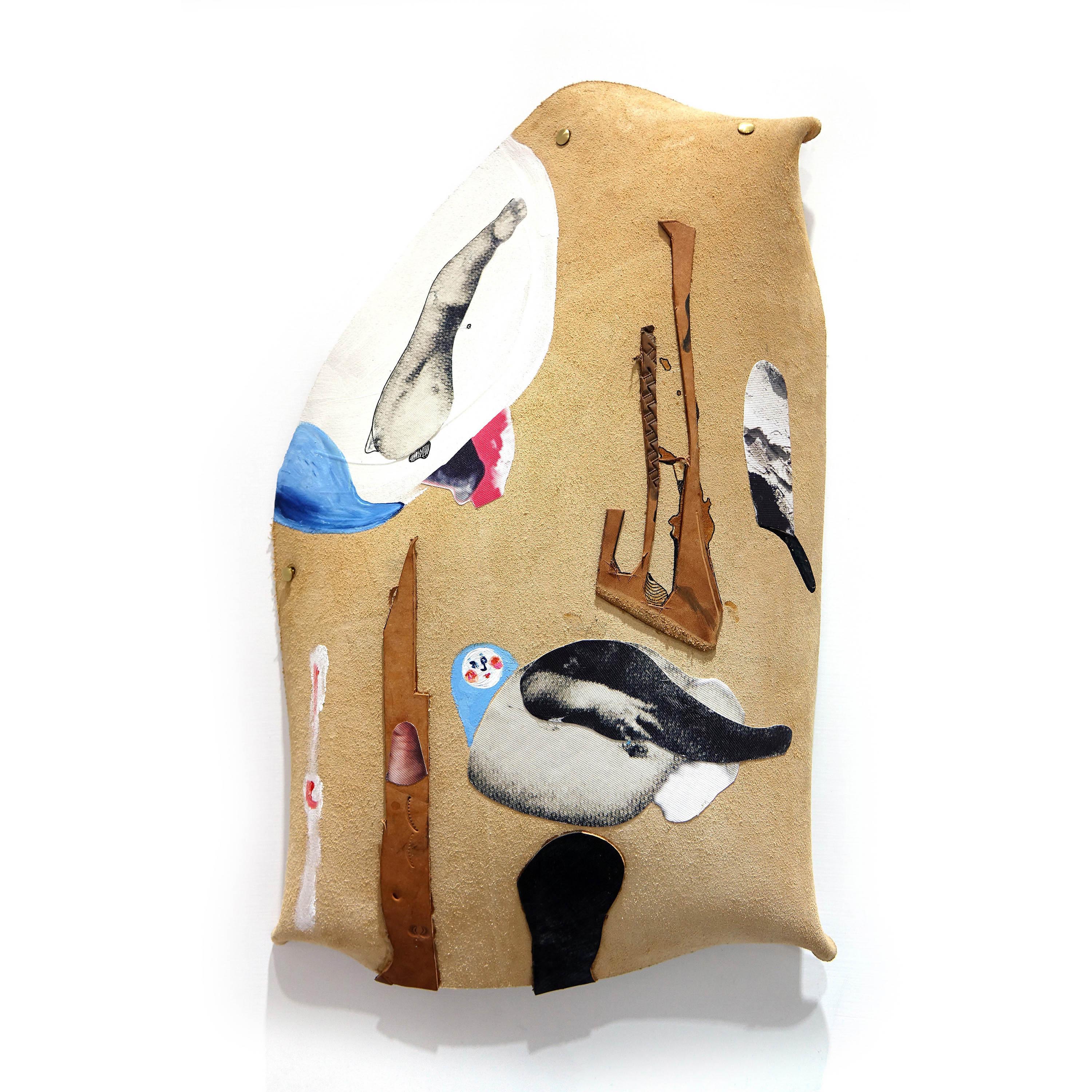 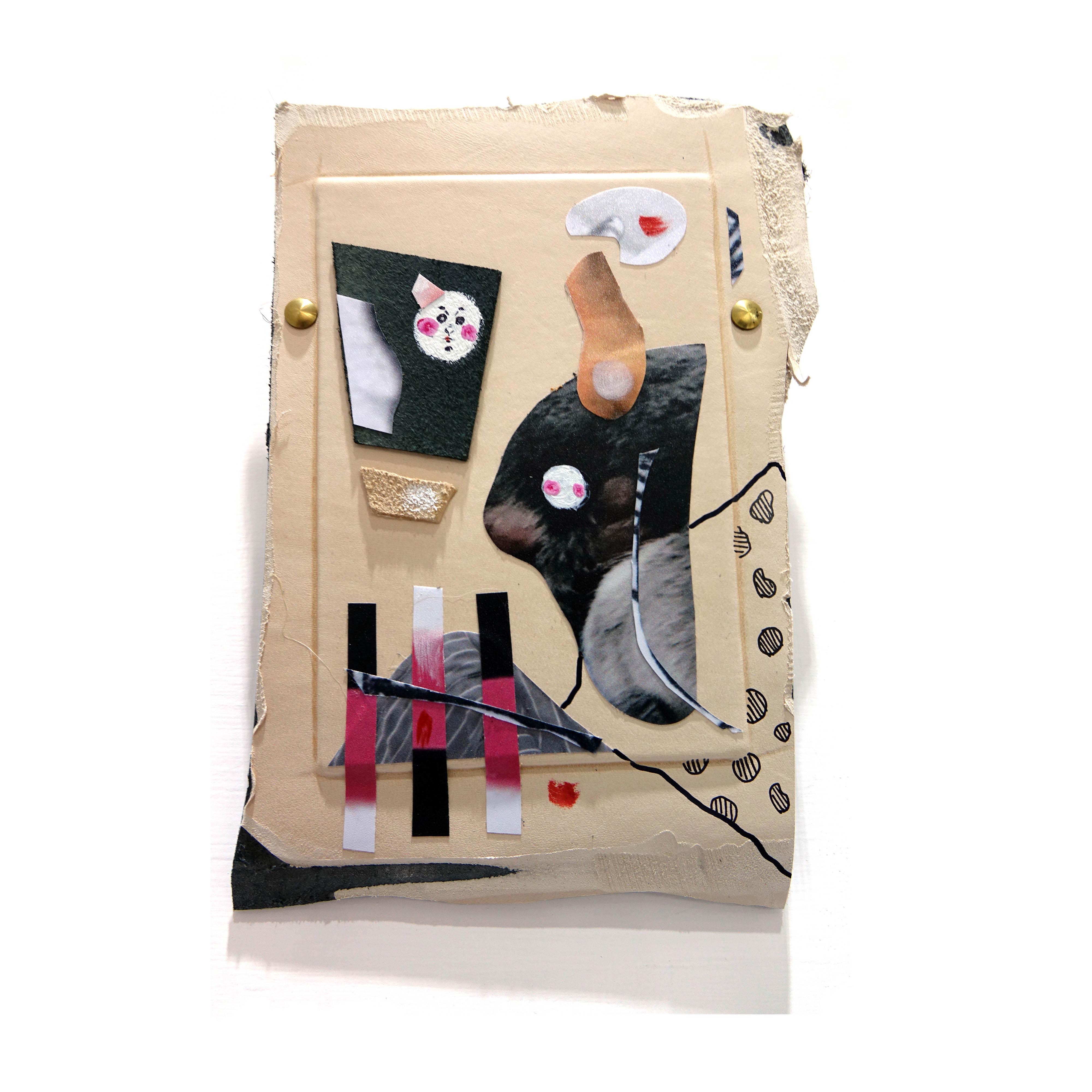 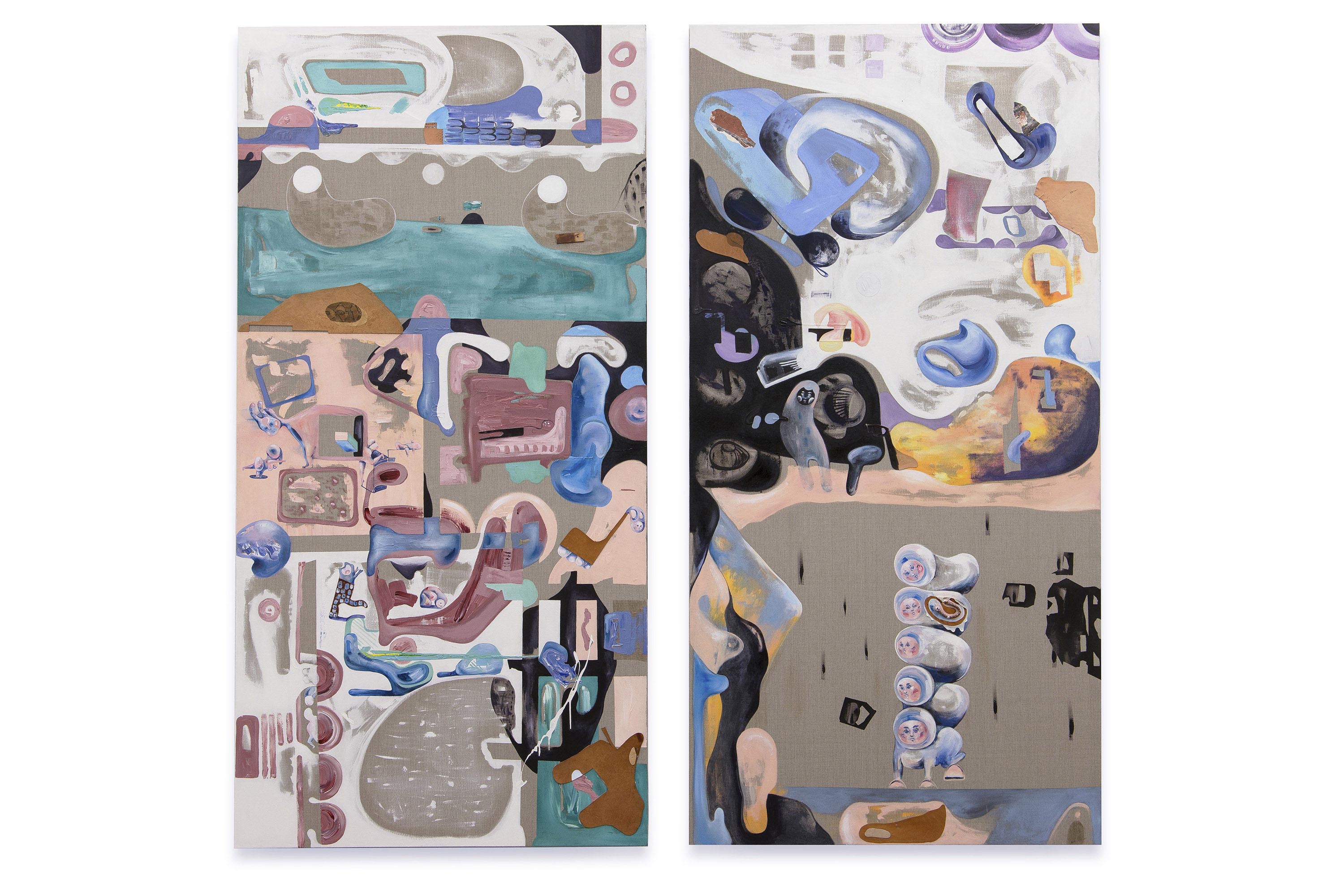 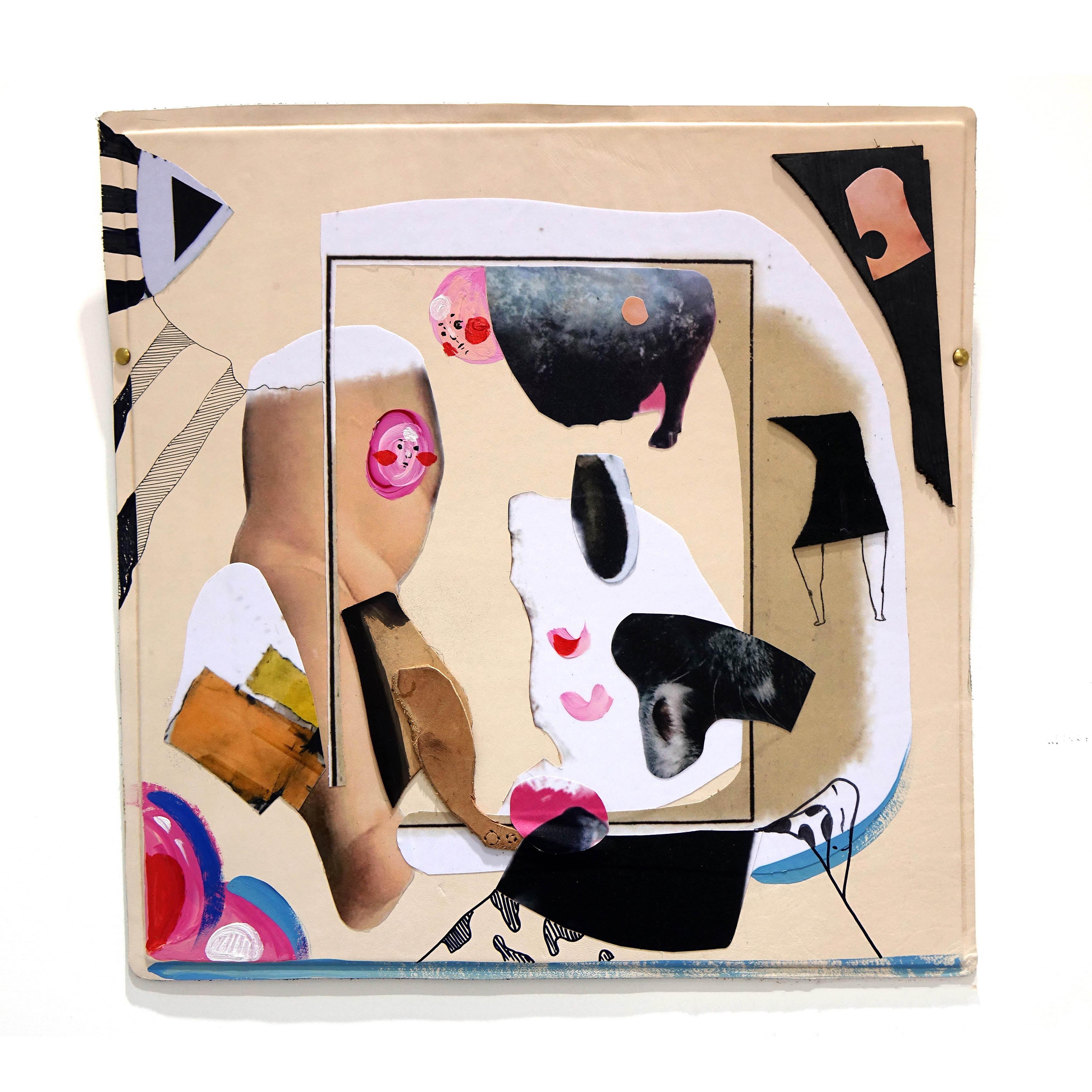 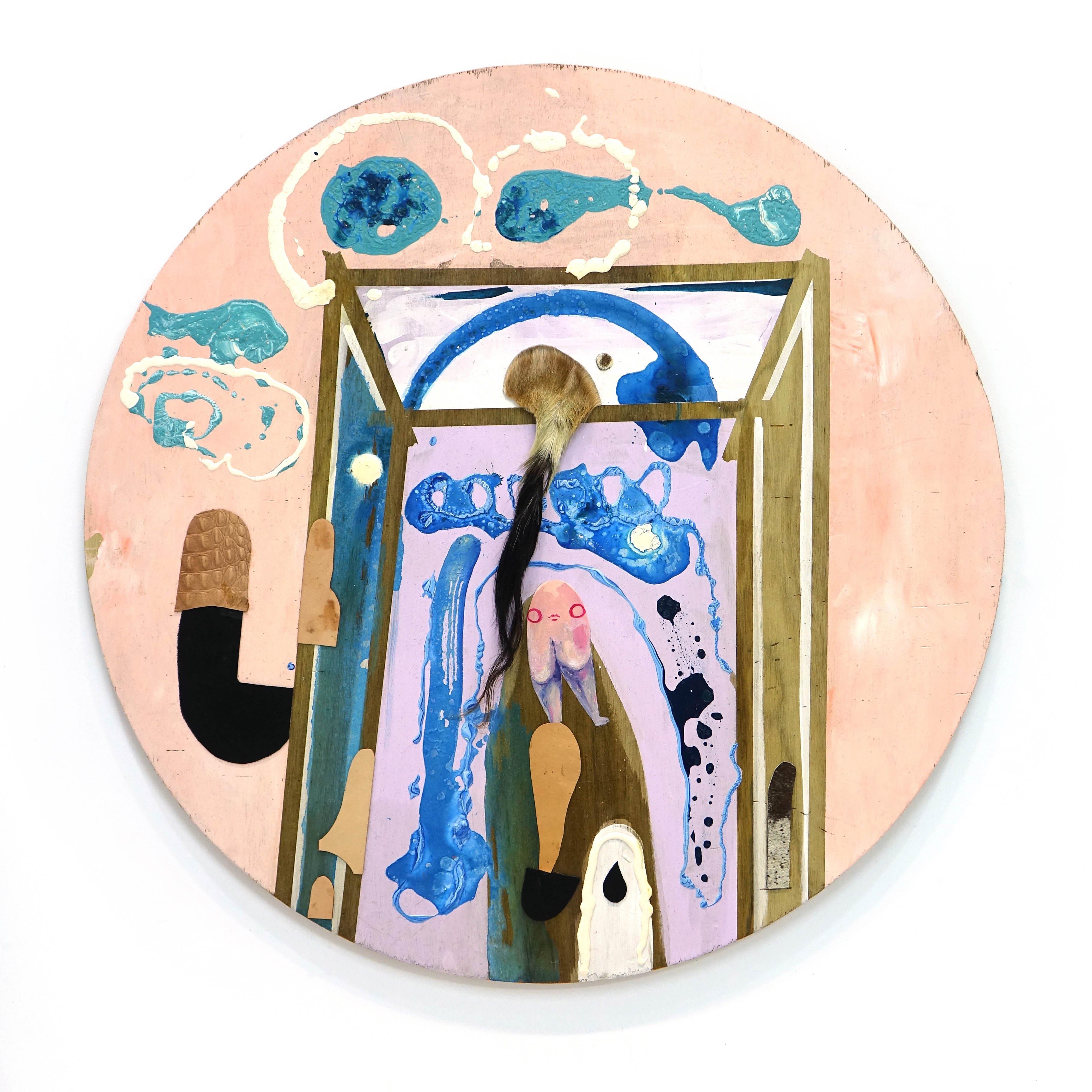 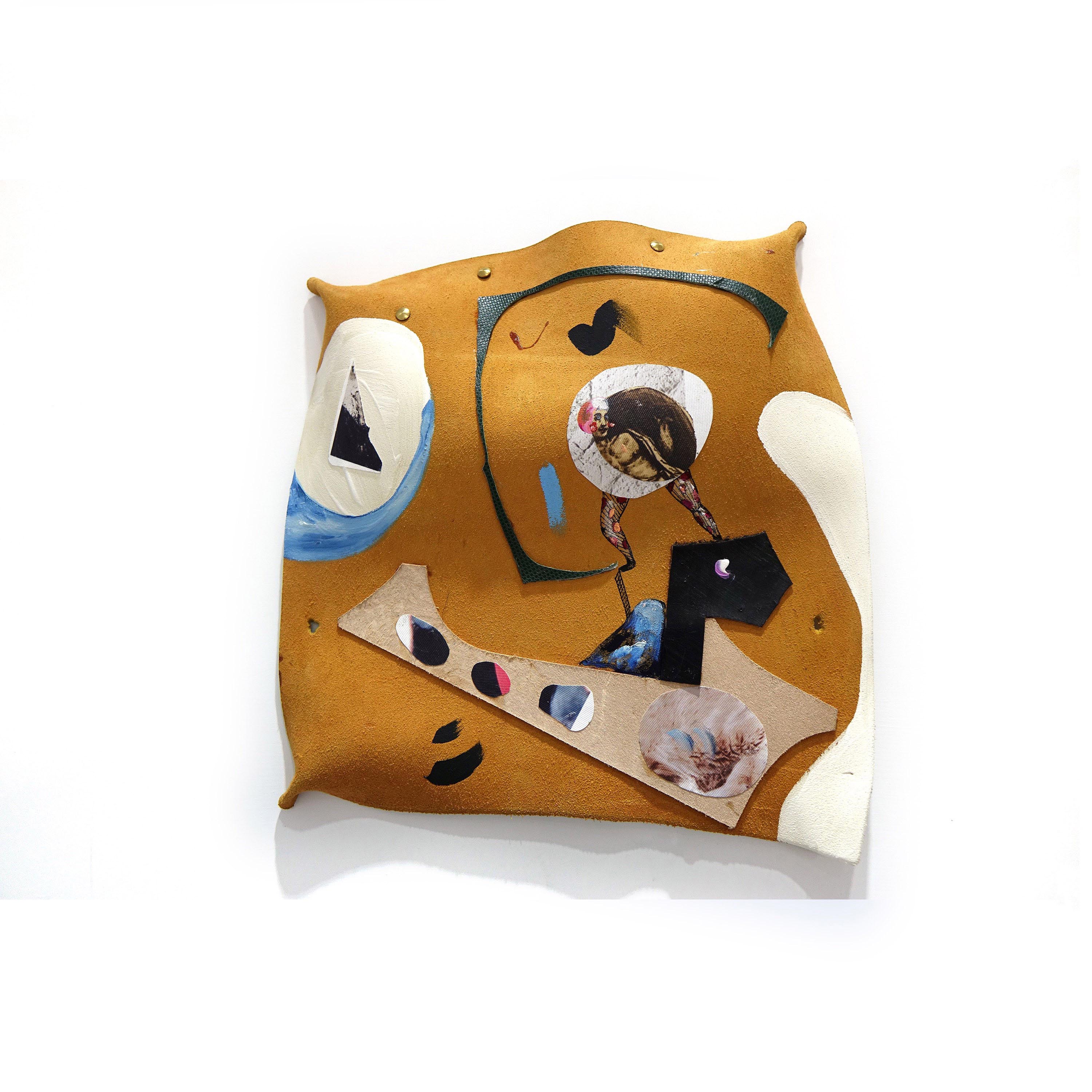 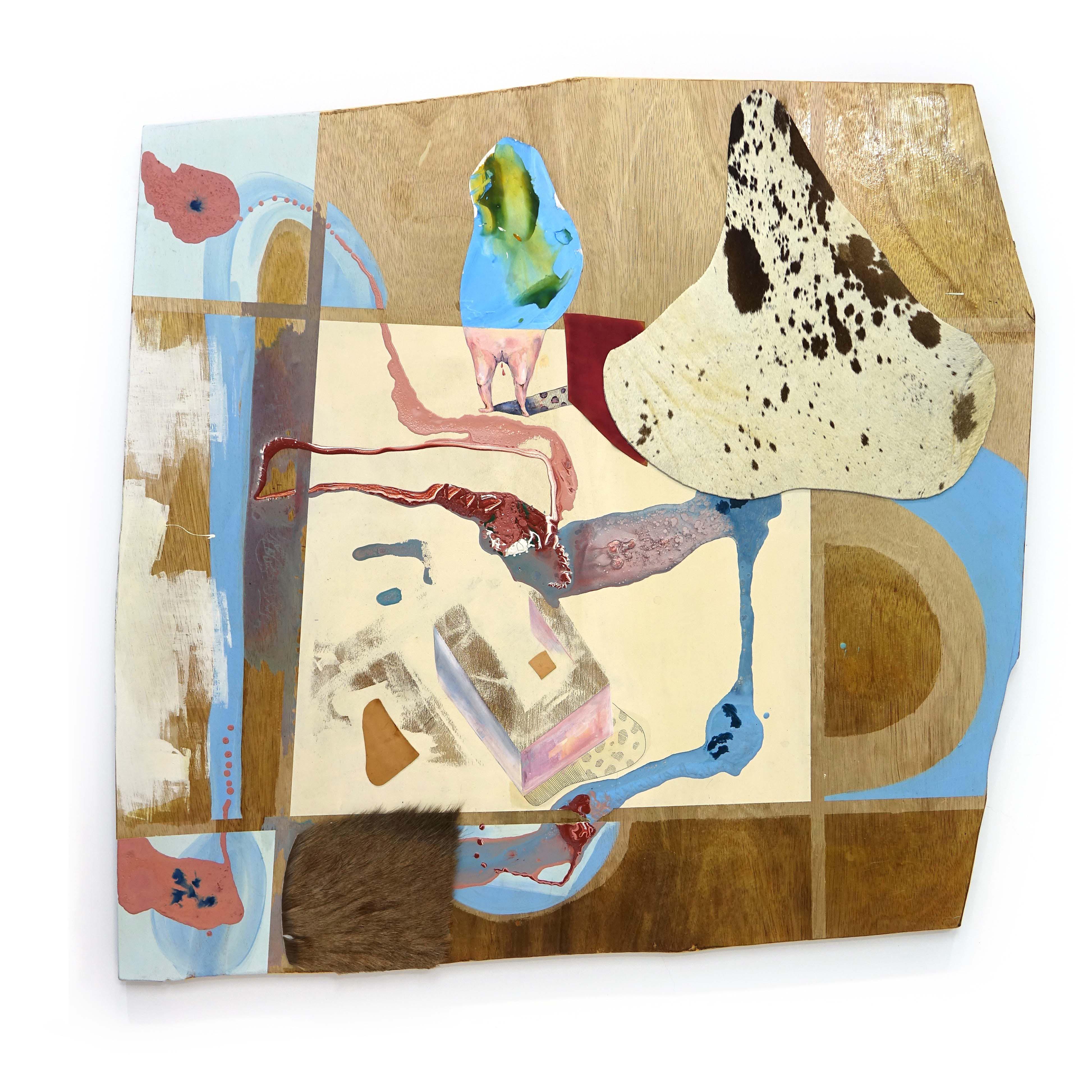 Raised in a multicultural ambience, the Taiwanese ethnicity and the deep influence of the culture surrounding Japanese anime and manga, and Chinese aesthetics have shaped the enticing space, galvanising into my inspiration.
I very often postulate that painting and sculpture are the same references as an ambiguity in the concrete dimensional presences, which expand from their dimensions with layers of symbolism and meaning conveyed through abstract a variety of compositions and motifs; materiality is an important aspect in my works with animal by-products such as leather forming parts of the configurations, symbolising creatures as life which once existed namely the ambiguous existences in between life and death.
My works engage with deconstruction of the Binary opposition in terms of the relationship between life and death; my intention is to create the perception of the idea ‘a dream within a dream’ which means that the patterns and images are being deconstructed on the leather which is being deconstructed whilst the behaviour of viewers who are thinking the arrangements of the works as a process is the action of deconstruction. To illustrate this, human beings tend to pick out one of the concepts in the binary oppositions when seeking truth or a centre; for instance, human give superiority to life rather than death; therefore only one concept from the binary oppositions, which is ready in our mind, to be privileged and the other one is very often put aside as having the second priority. Consequently, My works approach the idea of deconstruction which assumes that all patterns, objects, motifs or colours within binary oppositions could be analysed, deconstructed and criticised in all their manifestation, making alterities. Within the deconstruction, the binary opposition in my works would be the dichotomies between photography and tactile leather. The leathers would be deconstructed into the metaphor of zooming in the figurative iconography, and the photography which is deconstructed into grotesque figure is transformed a new motif. Still, the interpretations of 'frame' of my works would be deconstructed into ambiguous boundaries, which means that the frames could comprise the works and their external spaces or to be decompositions of the artworks themselves.
As the result, my artworks approach the experimentation of deconstruction, establishing an inner equilibrium between rational analysis and sentimental interpretations. By exploring these, the processes of deconstruction ubiquitously form personal perceptions for the individual, unconsciously presenting intimate opinions namely the desire, fetish, ambivalence, sadism, obsession or authentic evocations.