Inspired by space operas, pop culture, geometry and the setting sun, Ruiz creates objects that operate simultaneously as miniature landscapes from a distant future and actual size sculptures informed by the family of Minimalism. The cylinder, the semicircle, the triangle, and other Eu- clidean forms are combined into colorful and expressive freestanding sculpture.
The newer works, shifting away from the cylindrical forms, but still adhering to a strict material diet, act as objects from these landscapes. Some act as tomes, containing foreign information; others as stand-ins for familiar domestic objects but with fundamental idiosyncrasies. As sparse and concise as these pieces are, this work is replete with inherent feuds. Ruiz somehow manages to investigate and celebrate both fictional landscapes and material honesty. It is elegantly abstract and evocatively representational and, in the way she positions synthetic and natural materials together, she creates a tiny battle over those materials’ permanence in relation to each other. 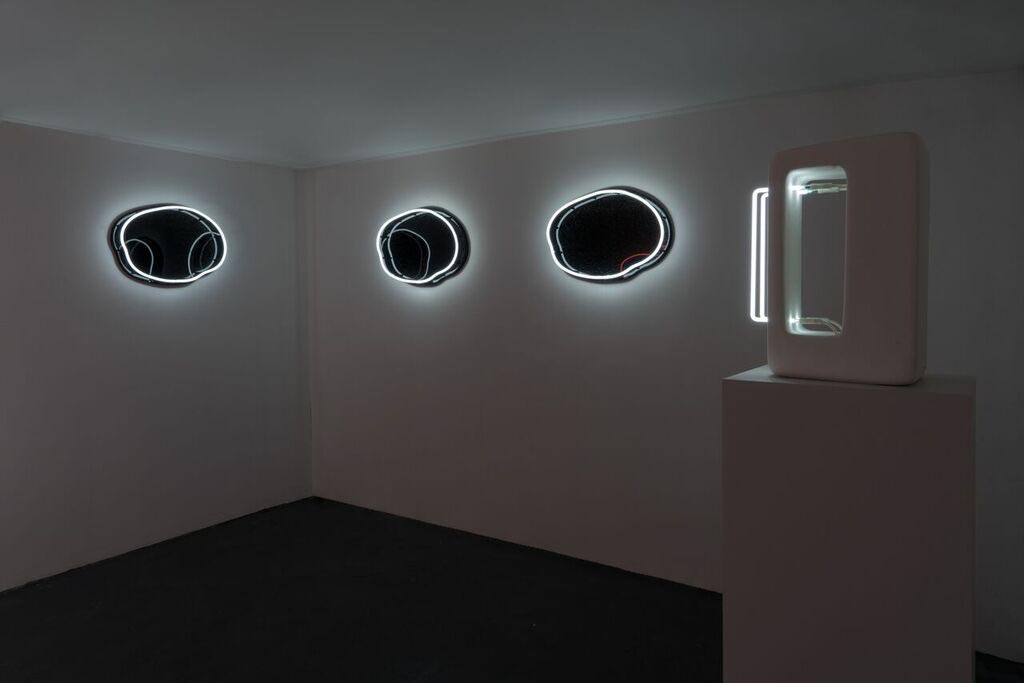 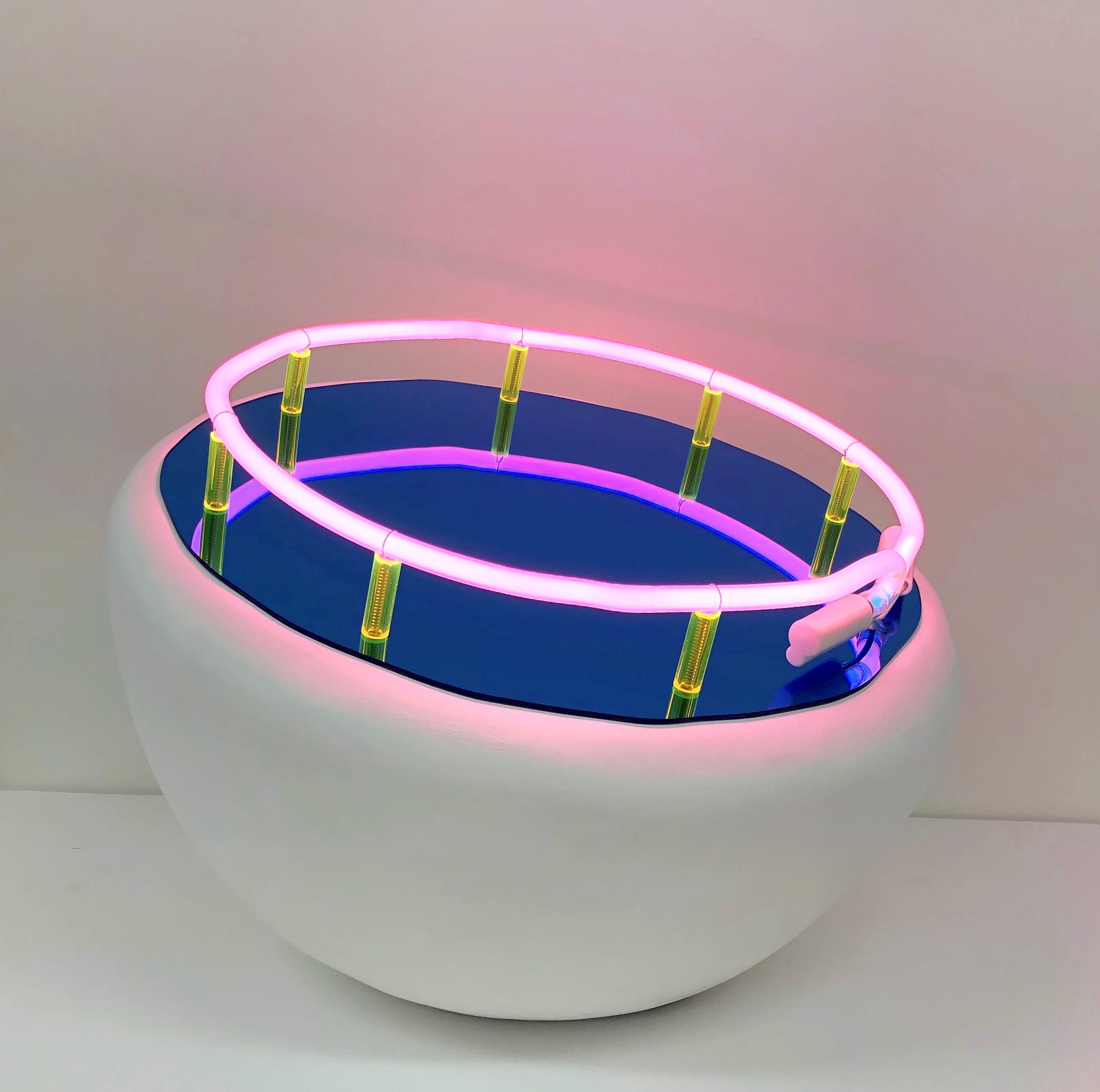 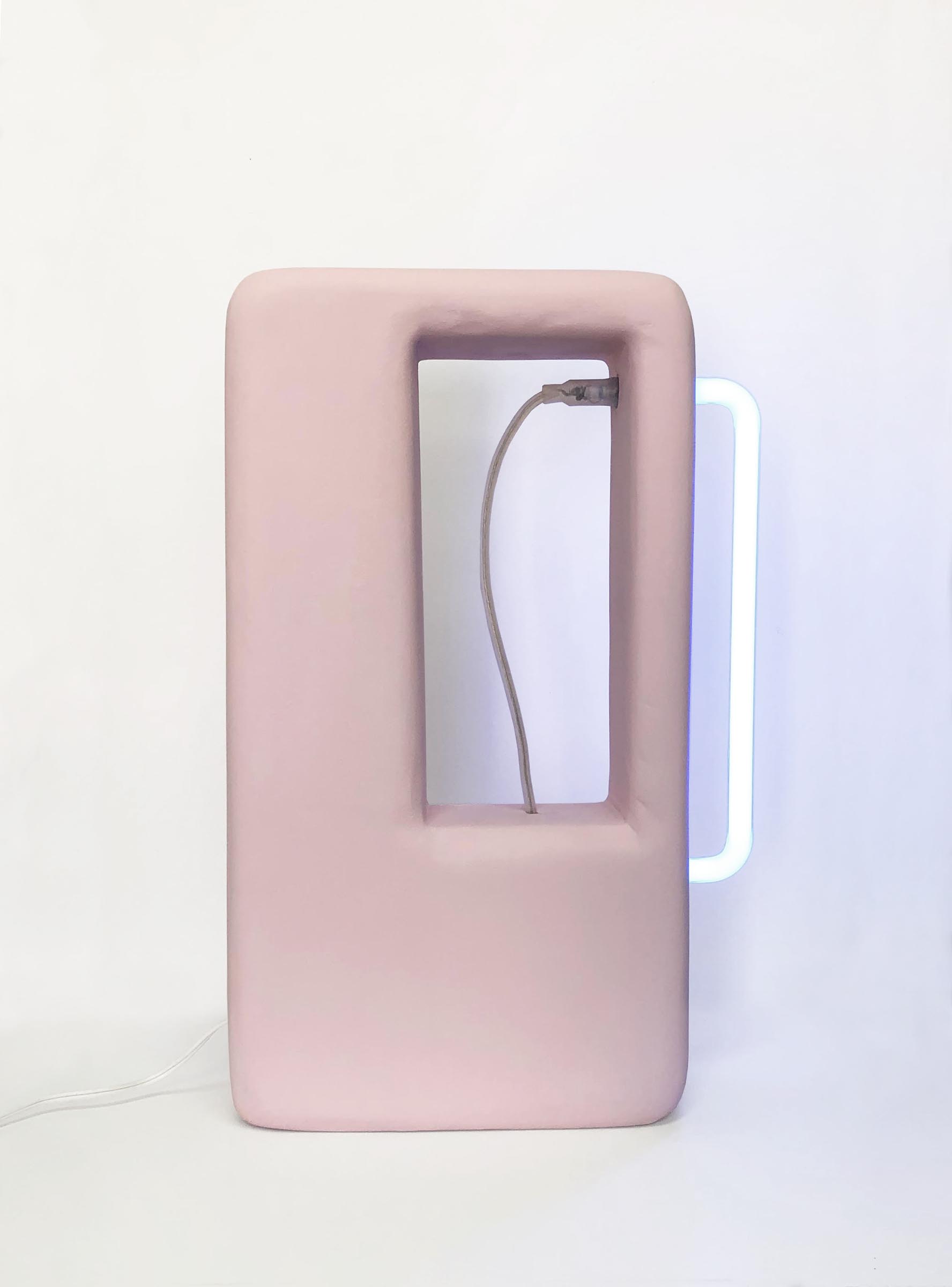 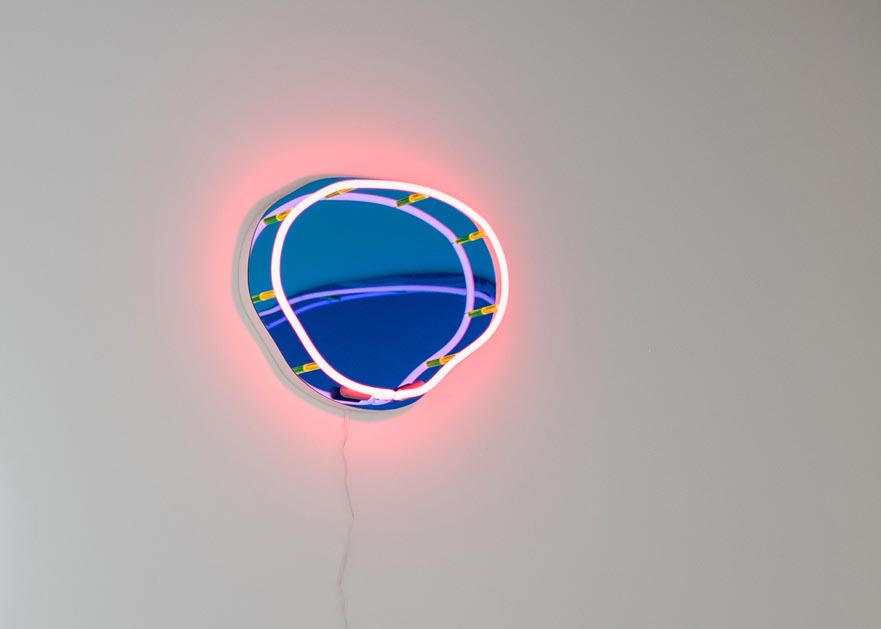 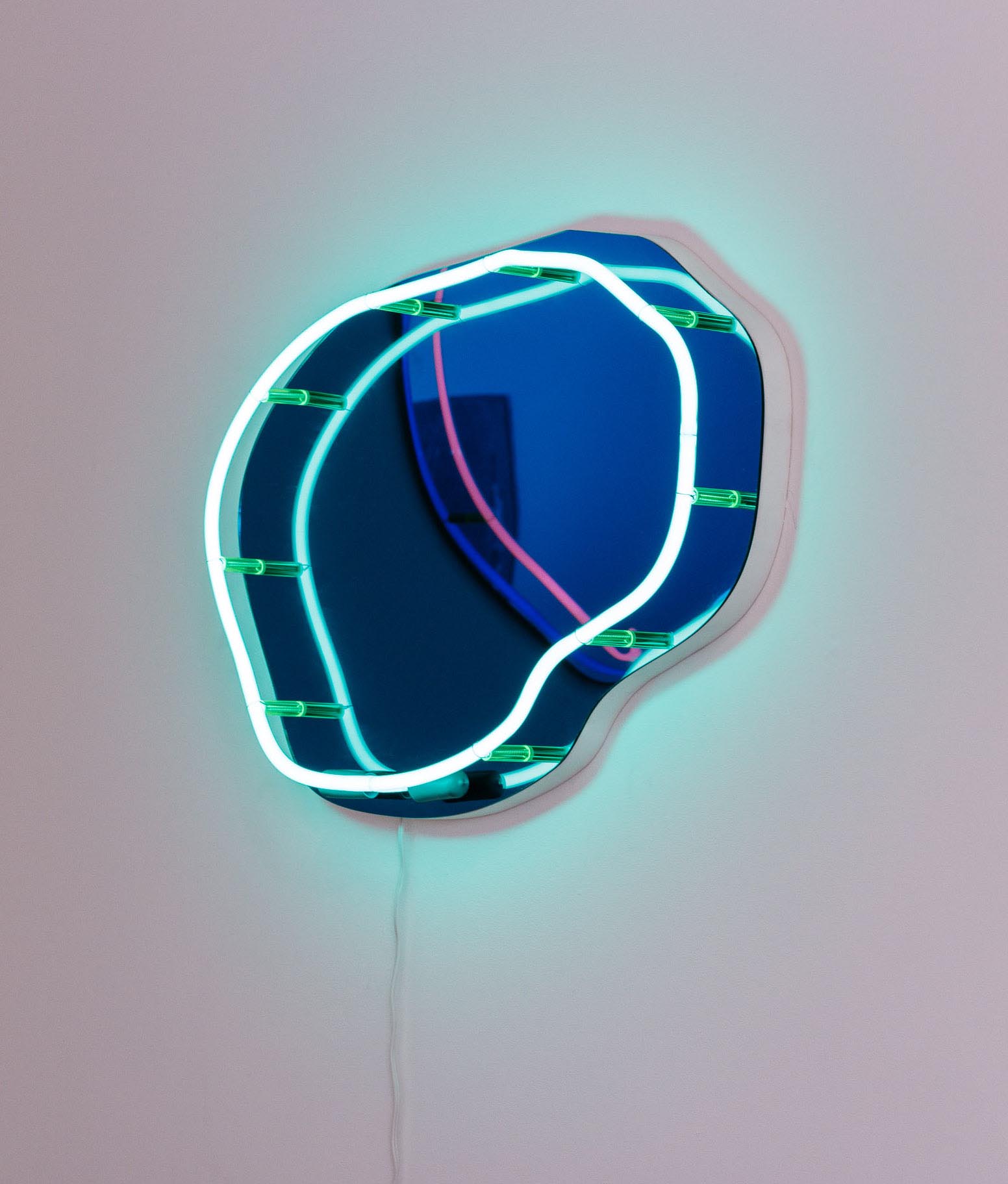 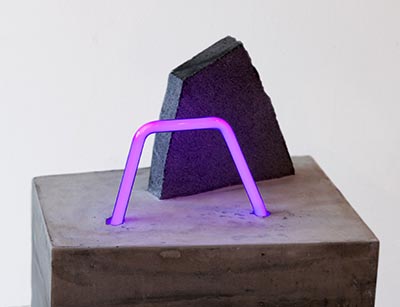 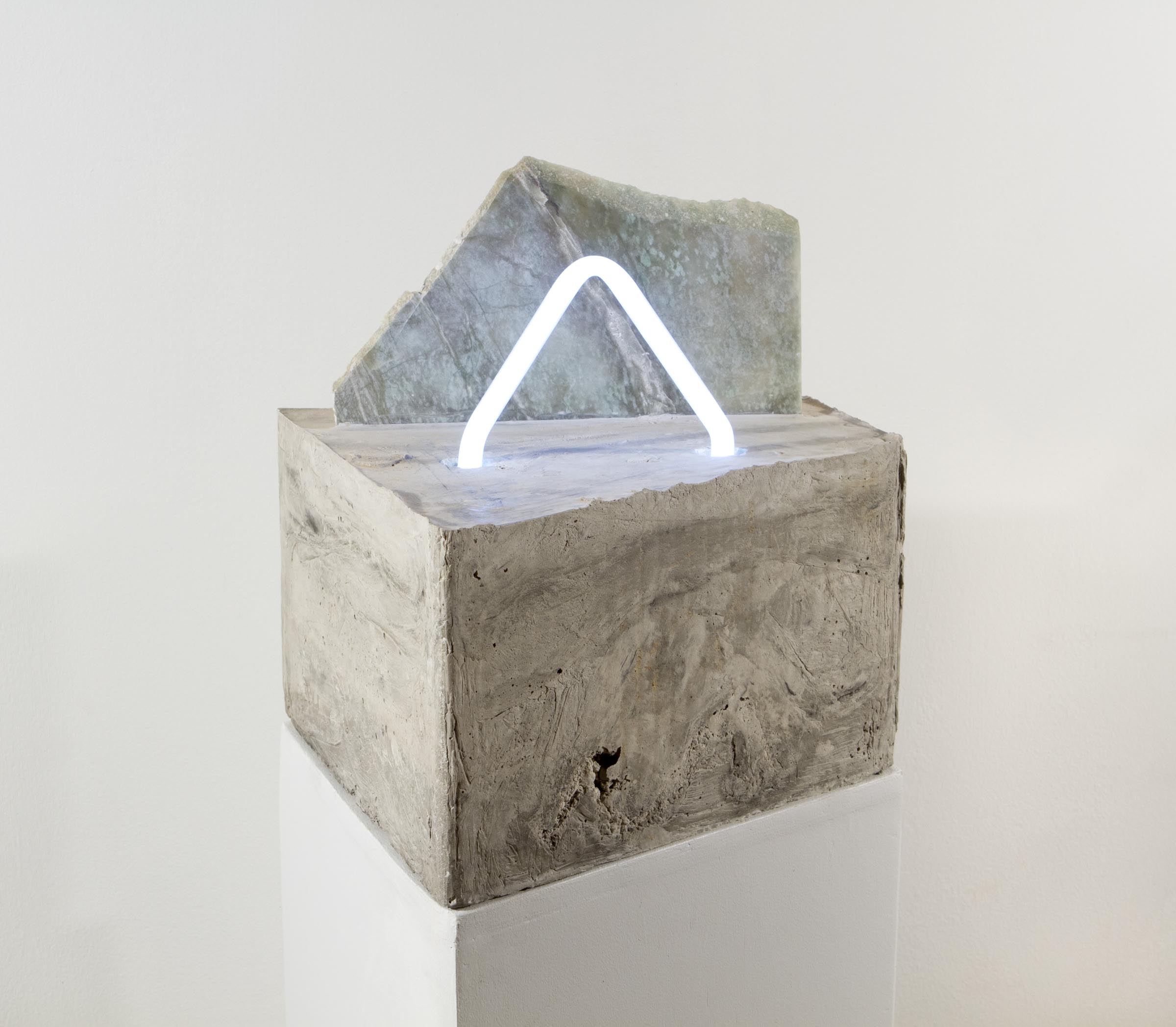 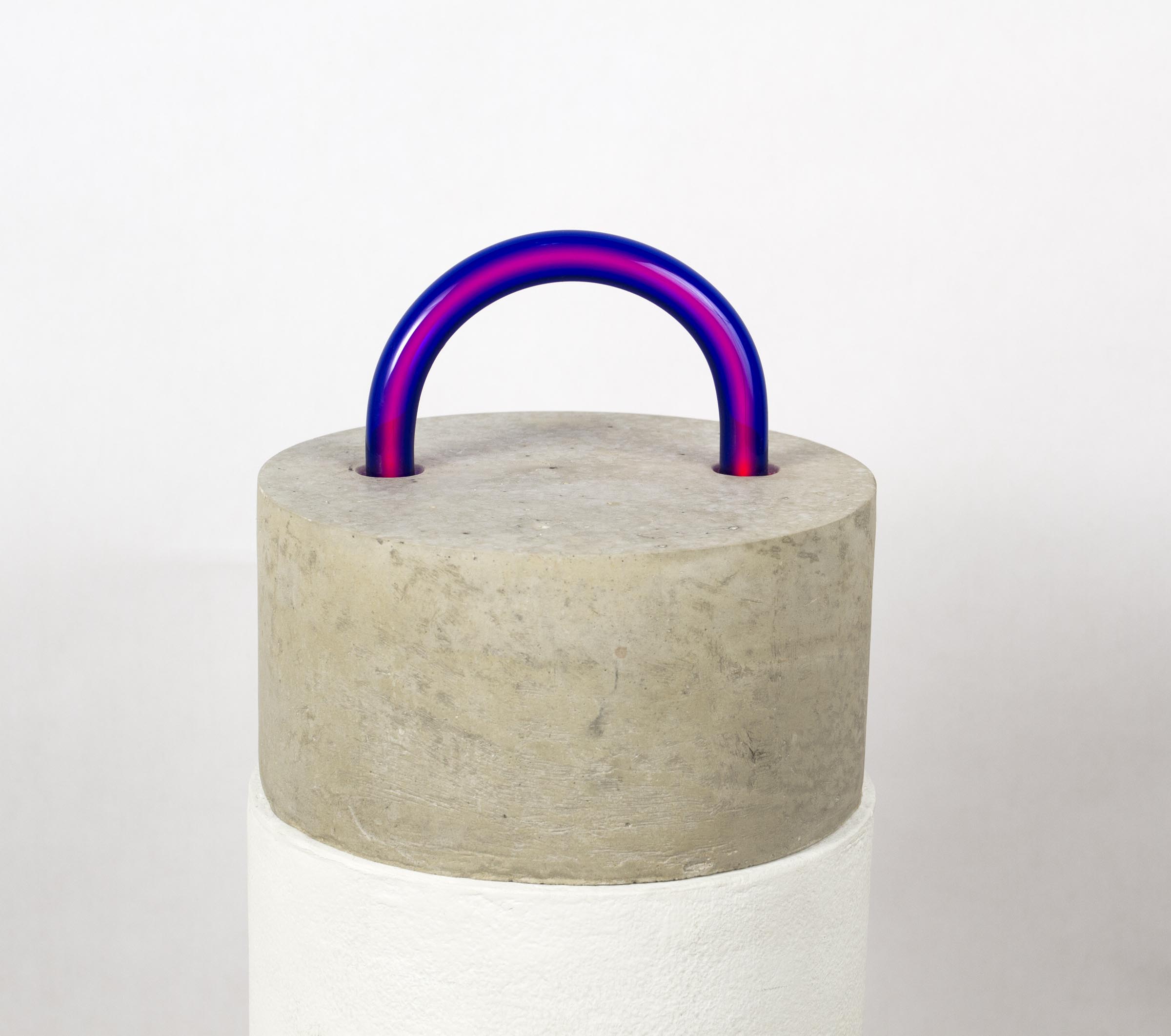 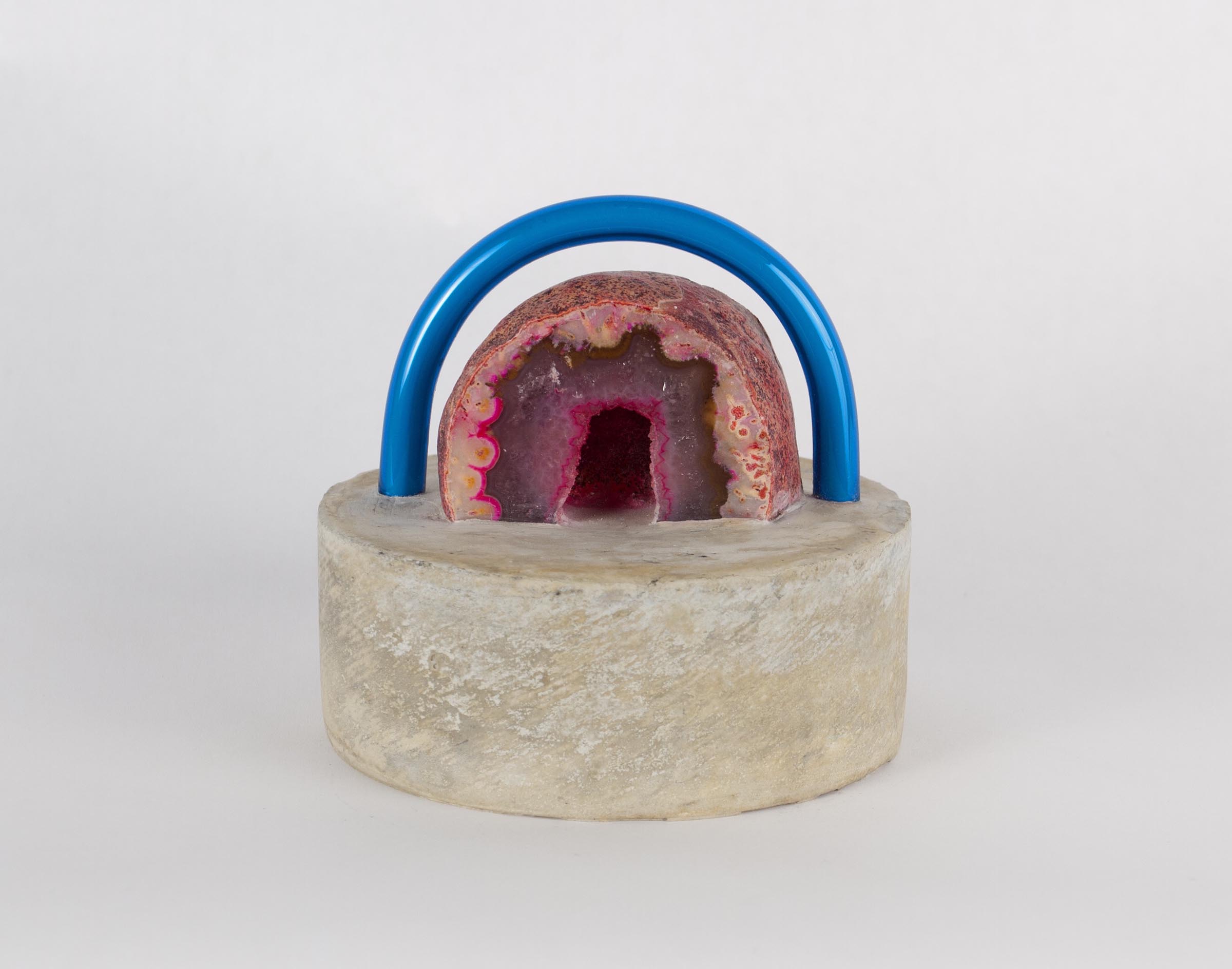 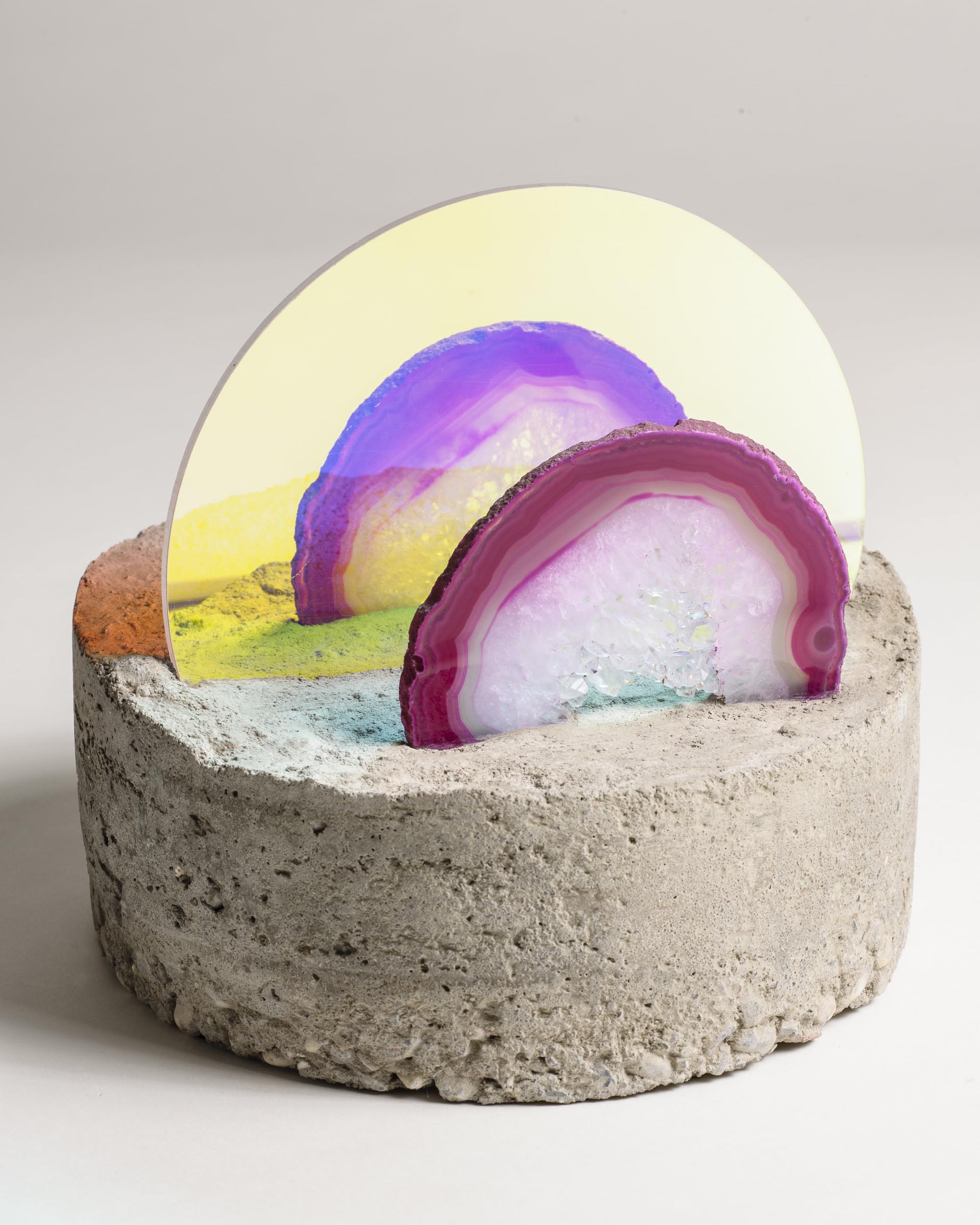 Esther Ruiz was born in Houston, Texas, and currently lives and works in Los Angeles, California. She received a Bachelor of Arts degree in studio art from Rhodes College in 2011. She has shown nationally and internationally at various galleries including solo exhibitions at The Schneider Museum of Art in Ashland, Oregon, Reynolds Gallery in Richmond, Virginia, yours mine & ours in New York, New York, Brooklyn Academy of Music, and Platform Baltimore. She has also been featured in numerous group exhibitions including Deslave, LVL3, Jacob’s LA, New Release Gallery, and Hollis Taggart. She h.as been featured in The Washington Post, Art News Magazine, Art F City and VICE. She was also a visiting lecturer at School of Visual Arts, New York, New York, Moore College of Art and Design, Philadelphia, Pennsylvania, and Santa Barbara City College, among others.