I create meticulous drawings that invite people to consider their connection to the physical spaces they inhabit. Using photographs for reference, I engage in intense observation, dedicated to transcribing what I see, hoping to make something unseen visible. Through persistent marking, smudging and erasing of charcoal, I render real, dimensional places on flat paper. There is inherent stillness in my imagery, spaces depicted absent those who commonly occupy them. They invite expectation of arrival or departure, or of a moment before or after such action. They are a pause when a presence becomes, or could become, felt through absence.

Each of the bedrooms depicted in these drawings belongs to only one woman. It is hers and hers alone. Here, she can be free from objectification and expectation imposed upon her most anywhere else, and so, for the same reason, her figure is explicitly not shown. Instead, we acknowledge her through representation of her space, rather than her body. We notice and value her without having to rely upon her physical presence. Even in her absence, perhaps especially in her absence, she is considered. 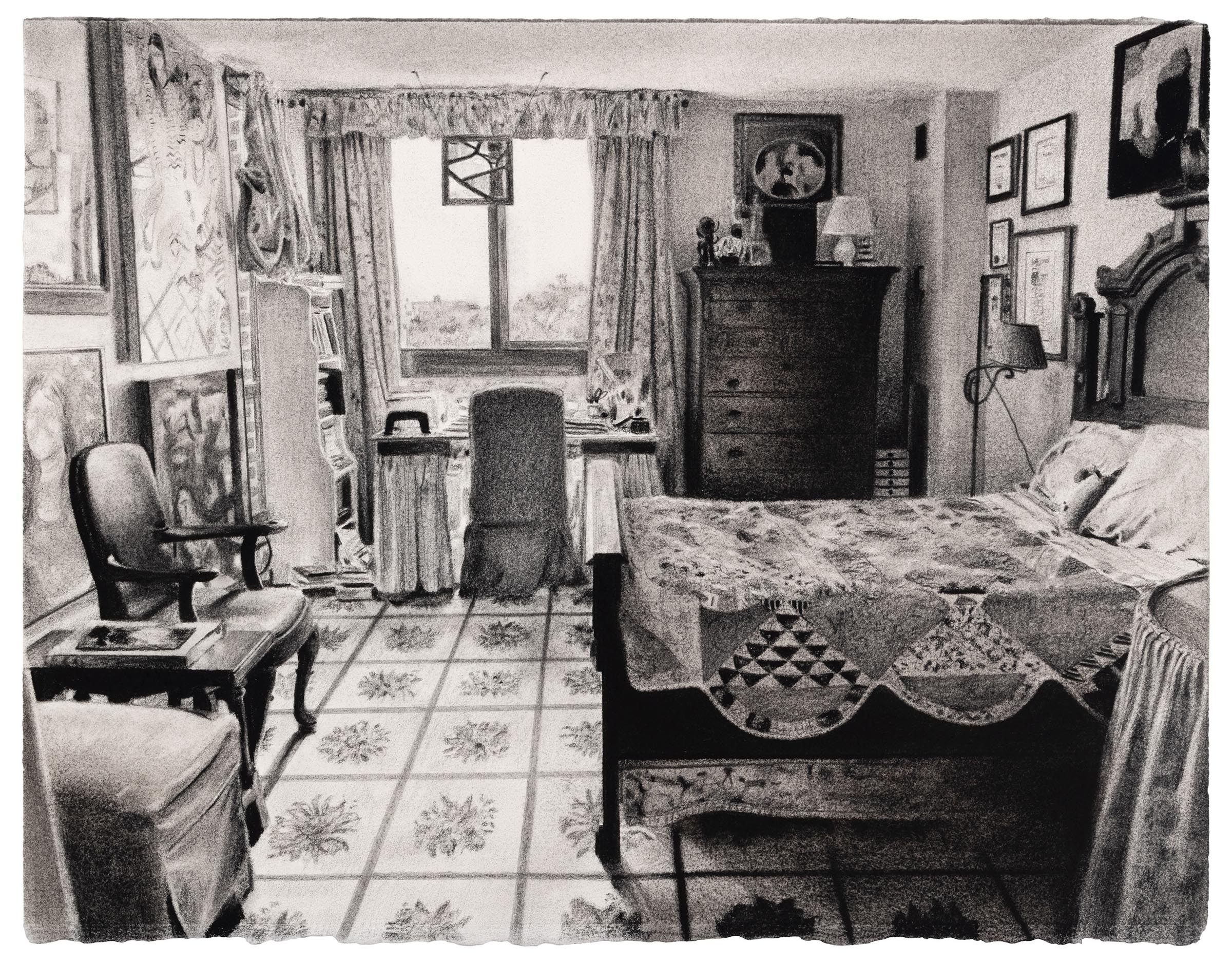 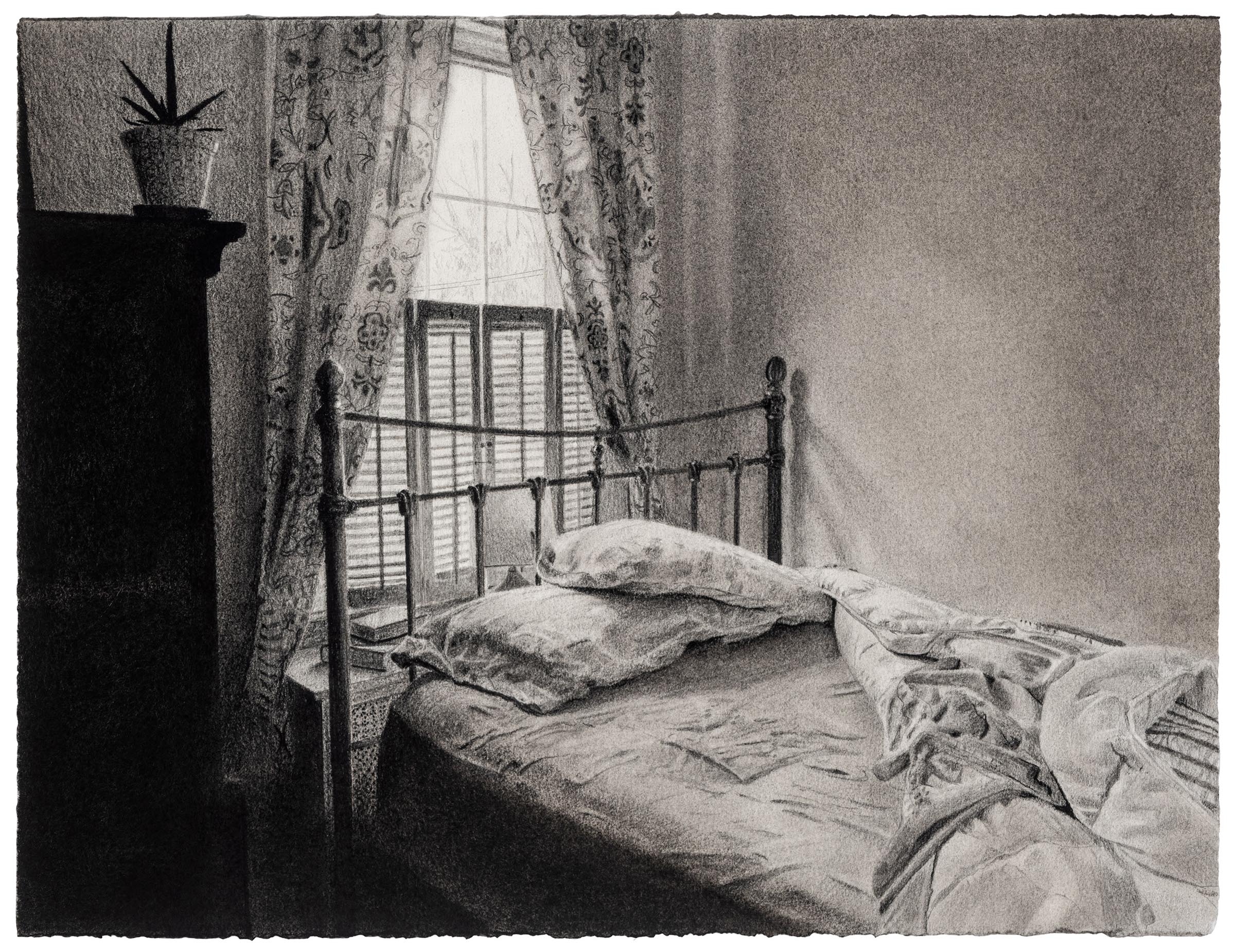 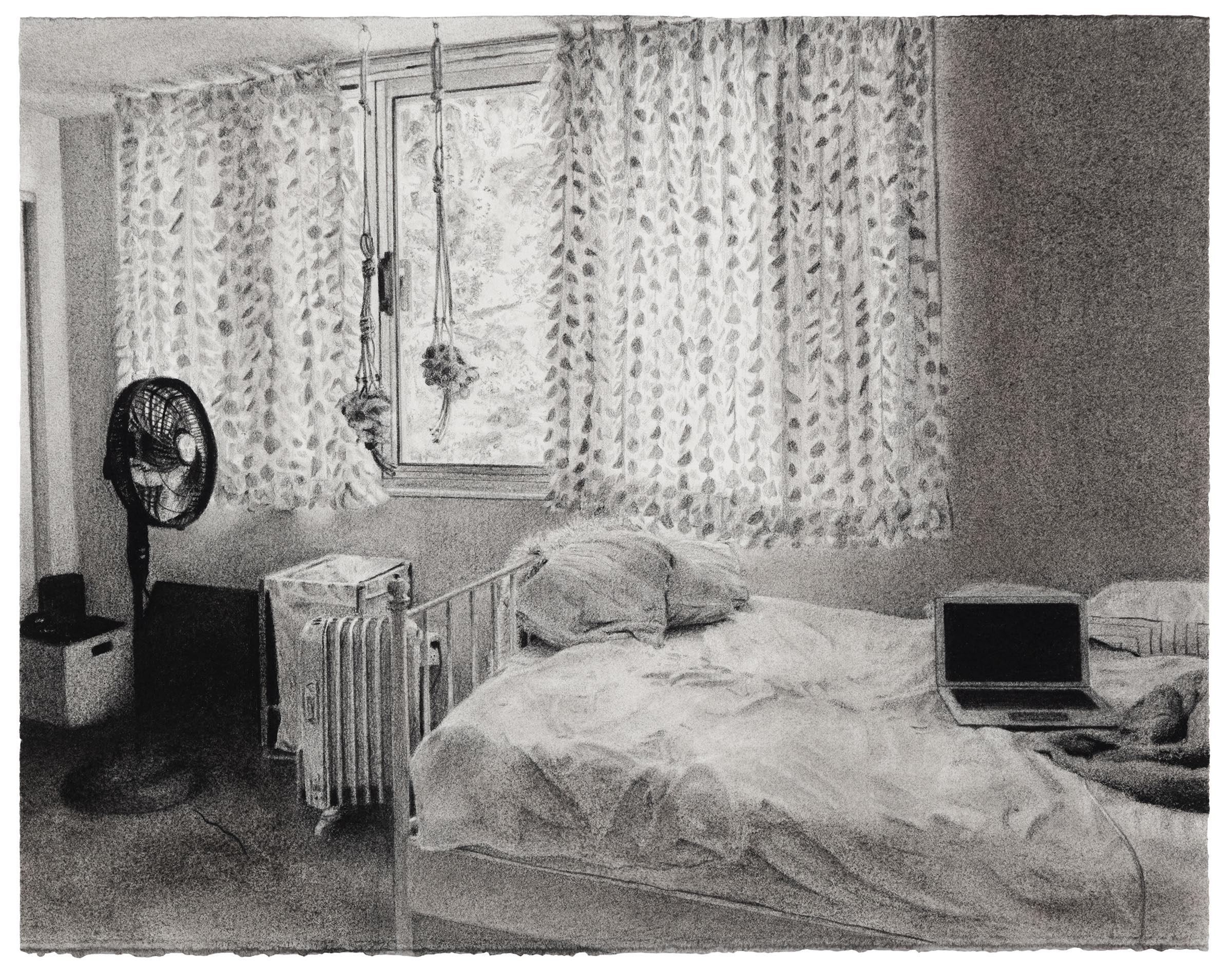 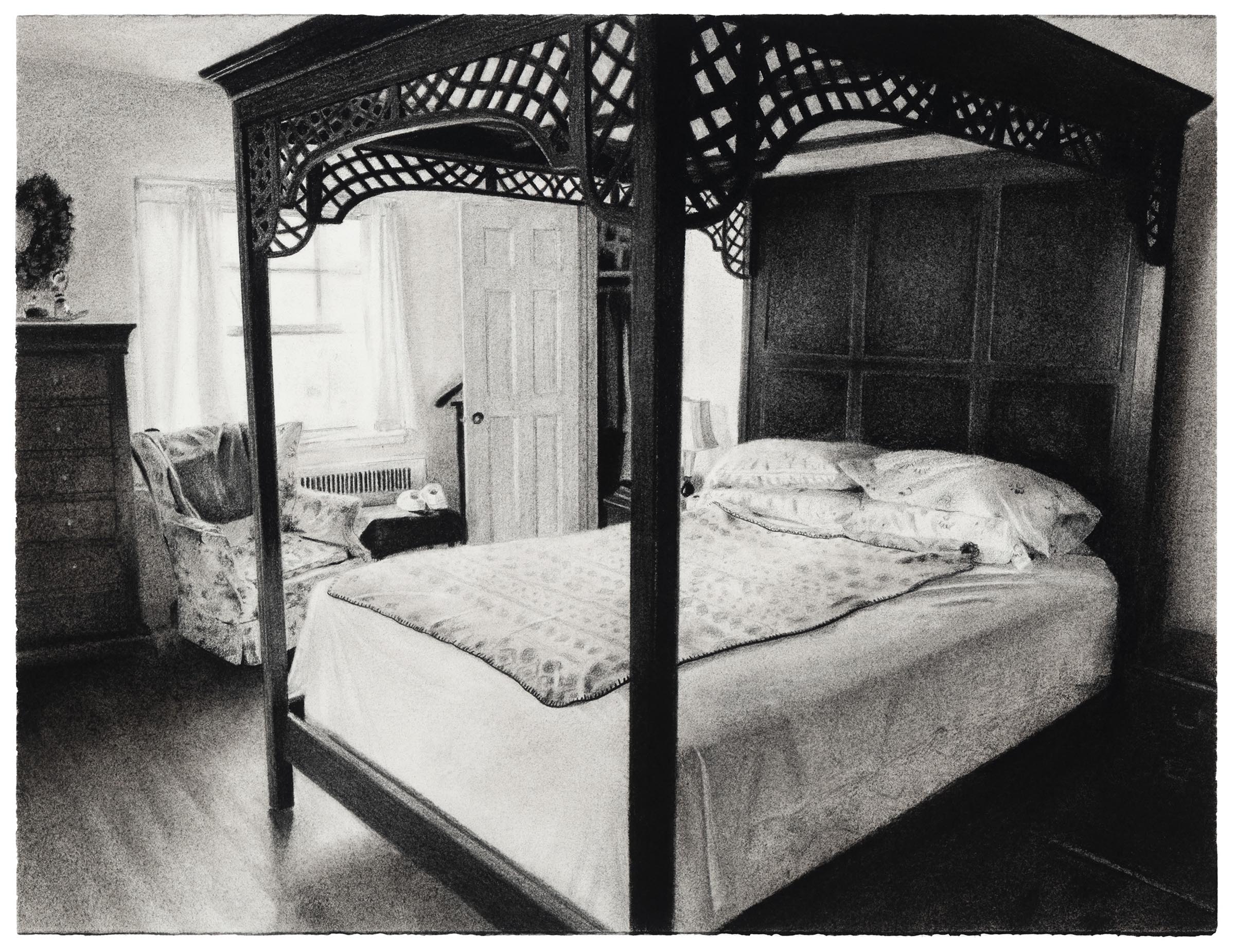 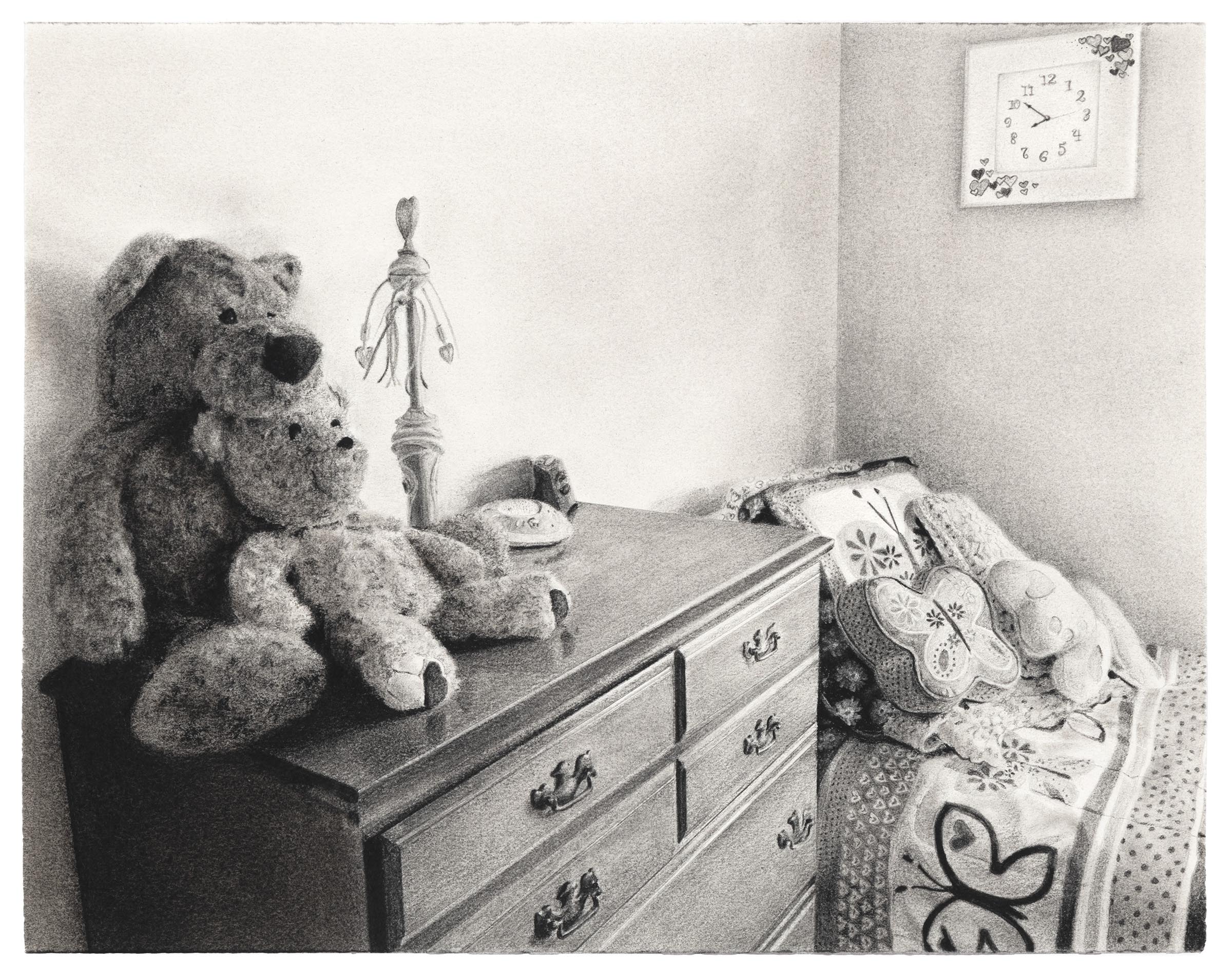 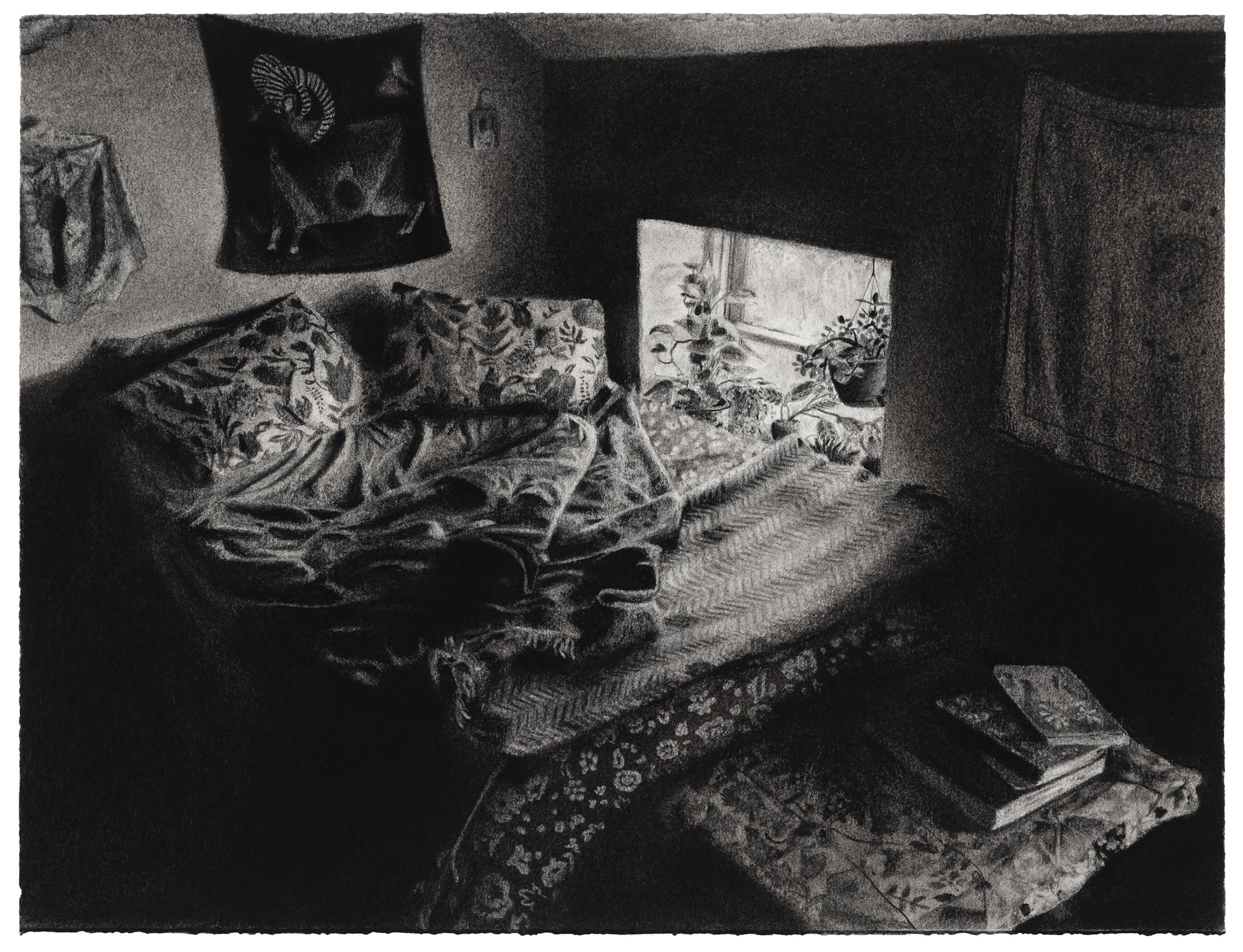 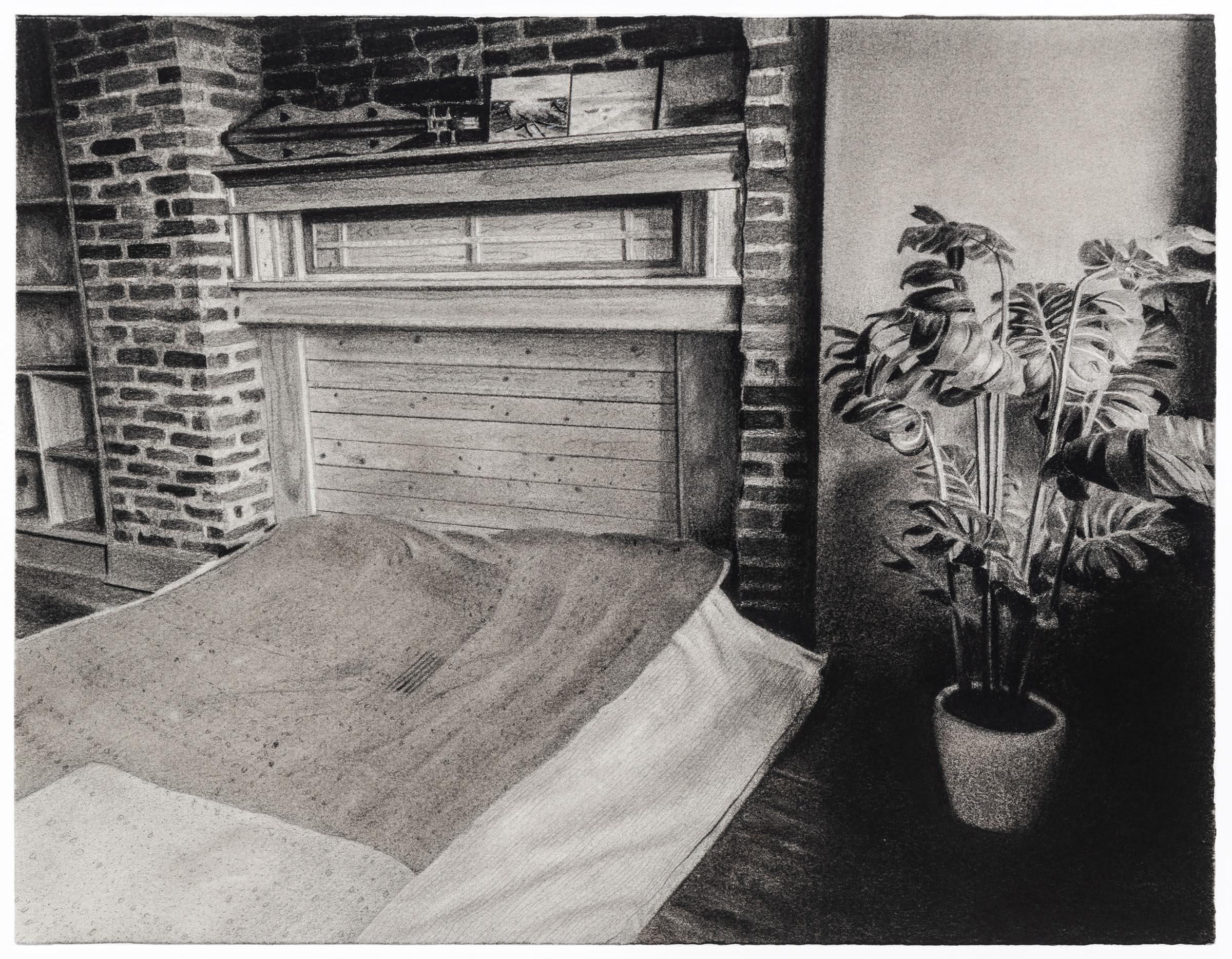 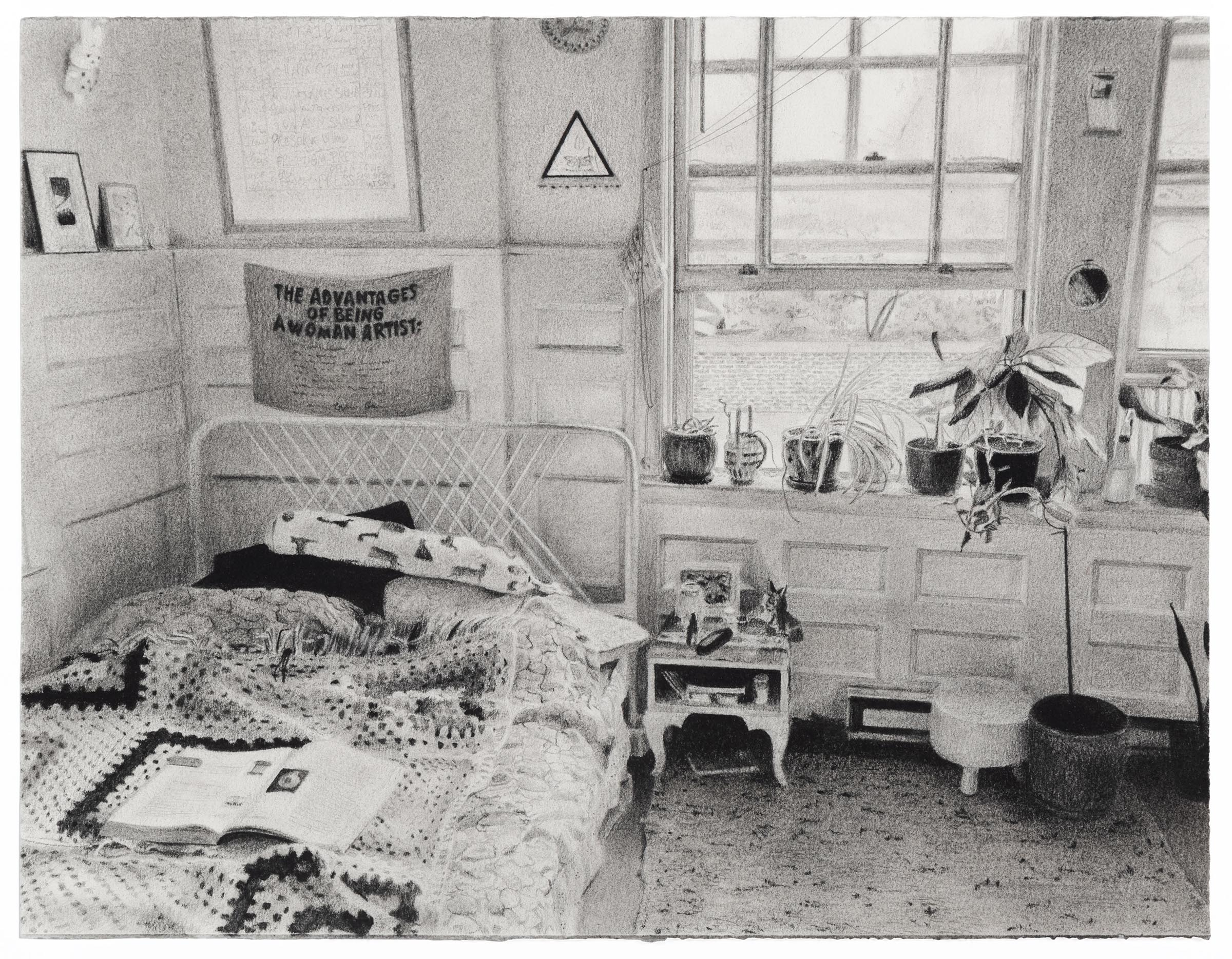 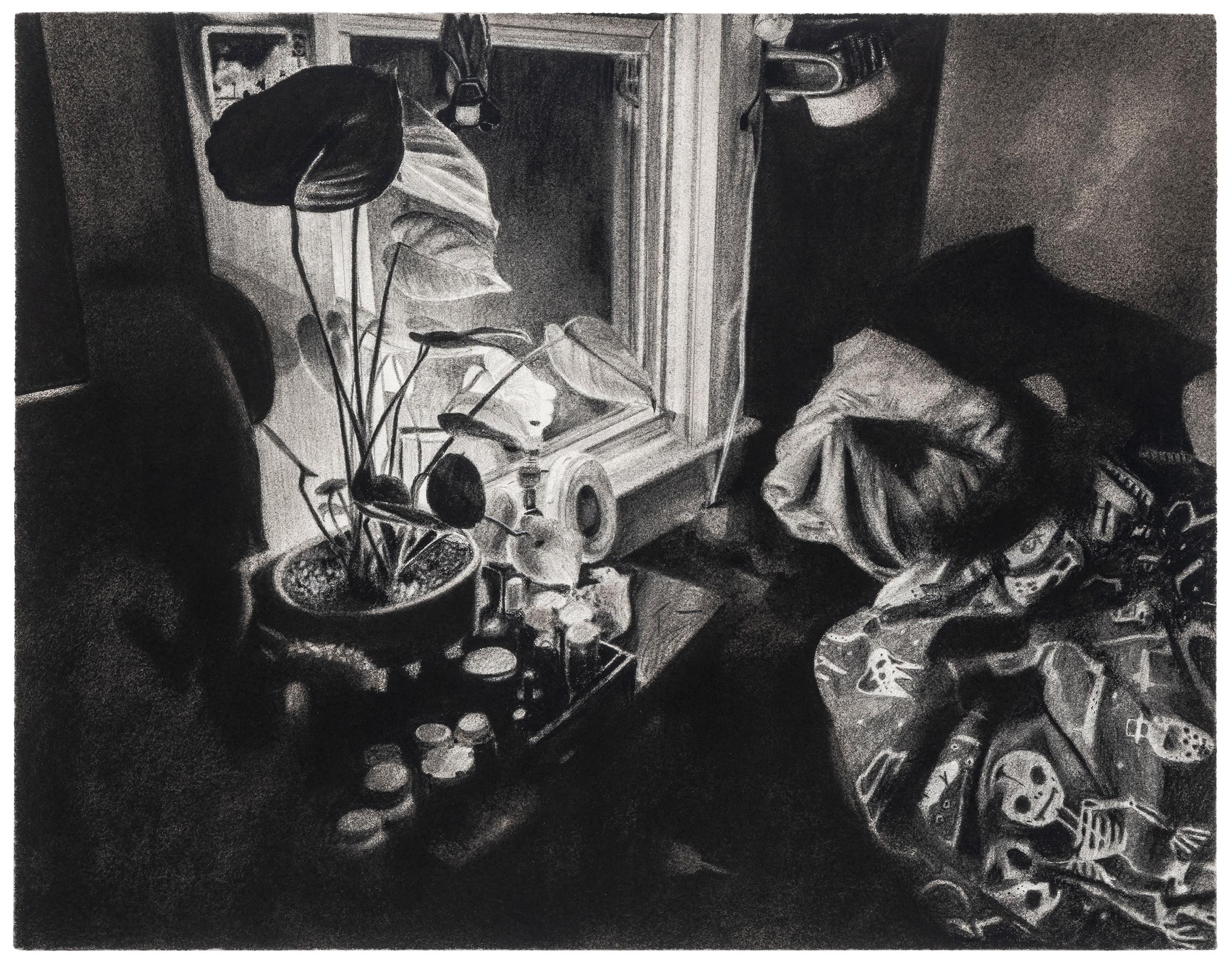 Erin Fostel (b.1981, Baltimore, MD) spent the first few years of life navigating the world with blurred vision. Since the moment she first wore glasses, seeing things in focus for the very first time, she has been consumed with the joy of observation and a love of drawing. In 2004, she received a BFA in Drawing from the Maryland Institute College of Art. Her work has been featured in group and solo exhibitions both in the Mid-Atlantic Region and nationally. She is a past winner of a Maryland State Arts Council Individual Artist Award and a Municipal Art Society of Baltimore City Travel Prize. Her drawings have been included in local and international publications, as well as private and institutional collections. Her studio is based in Baltimore, MD.