This body of work is a continuation of my exploration of the moon alphabet in the context of emotional states. It’s also a reflection migration and the notion of otherness through an examination of the challenges that language poses, expressed through visually abstracted linguistic shapes within the image.

With the Moon Alphabet, a work that I drew with the light of the moon in 2013–14, I created photograms using negative and positive imagery of the moon alphabet. The hard edge of each negative contrasts the movement of the letters on the photographic surface. While the organic shapes suggest motion, the hard-edged geometry contrasts the compositions in a series of references to the systemic structure of language that grants us access to our immediate living environment and to culture.

The torn, reassembled, sculptural photograms I create are based on sketches of migrational patterns of humans’ movement. The abstracted images examine limiting / inhibiting, as well as connecting / unifying aspects of language within inter-personal / national exchange.
In 2019, Dialog (Dialogue) was awarded with an Honorable Mention with the International Photography Awards. 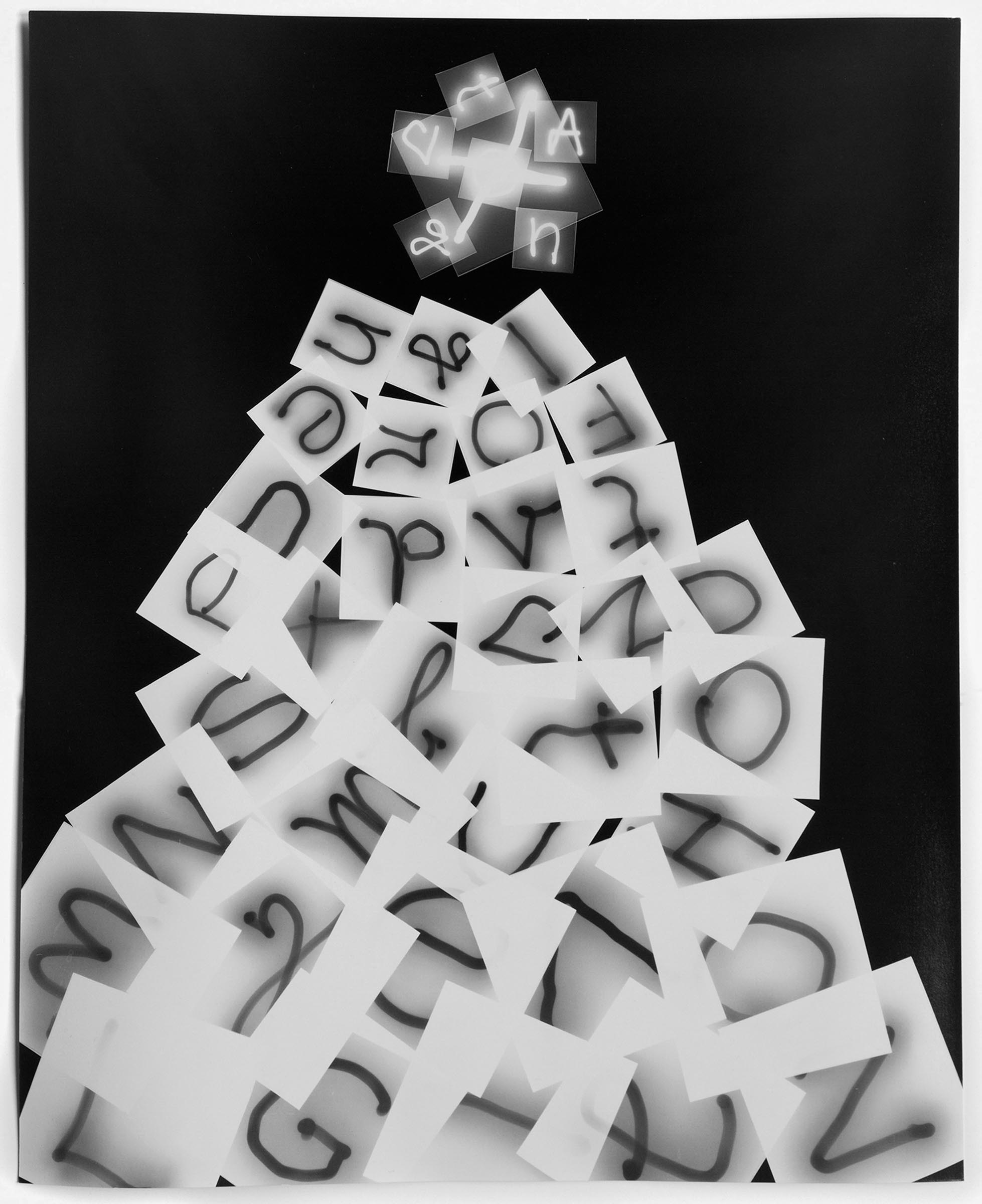 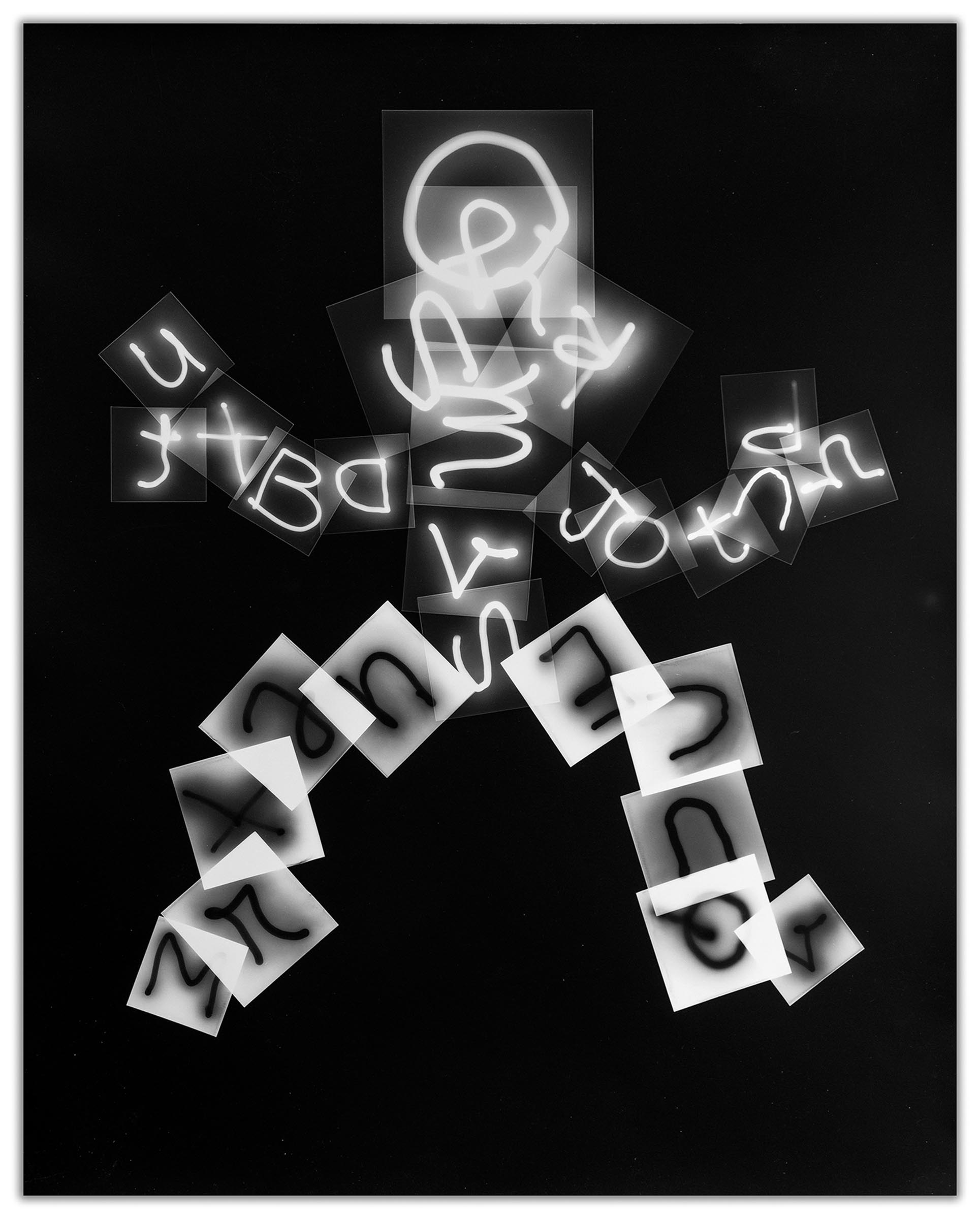 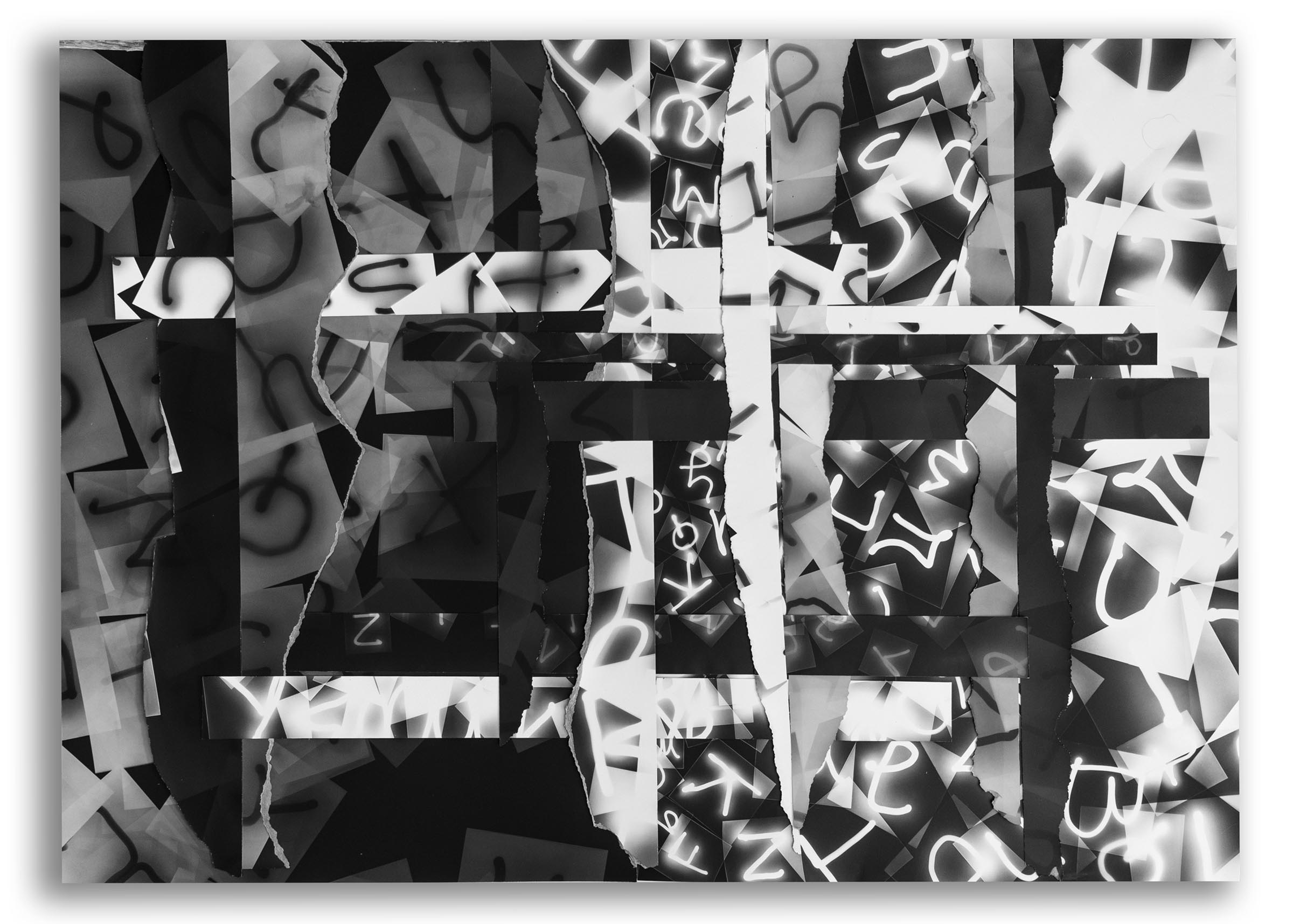 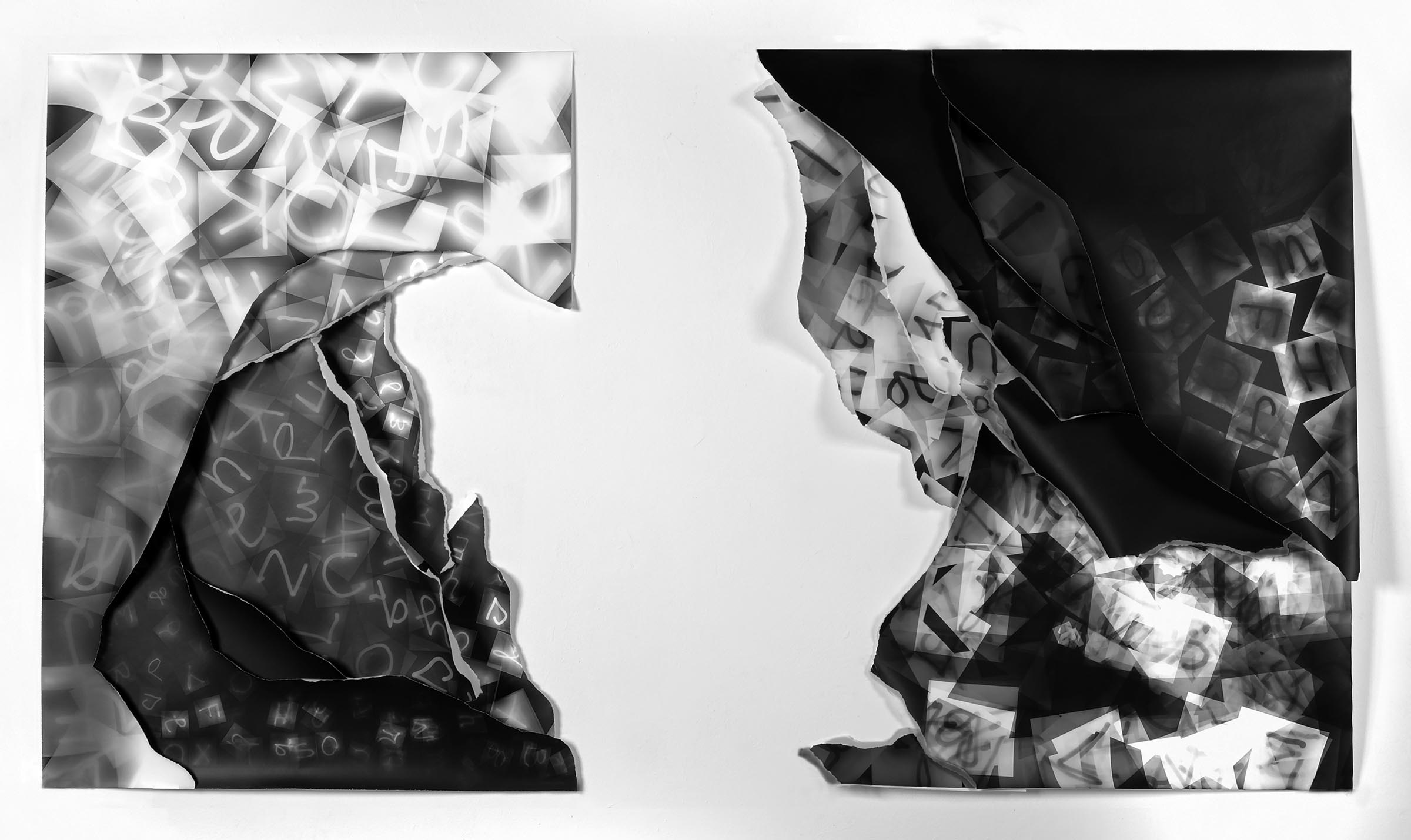 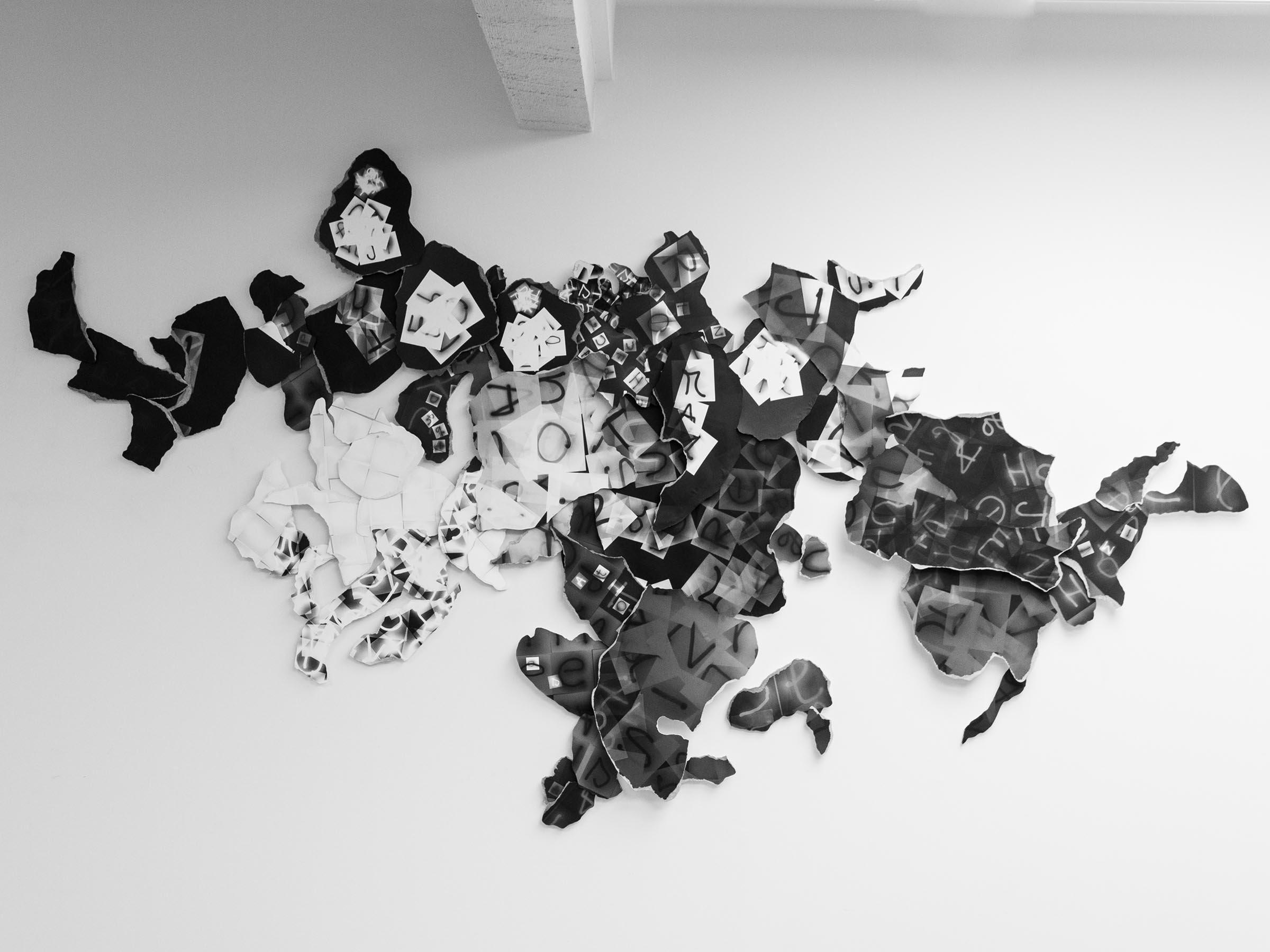 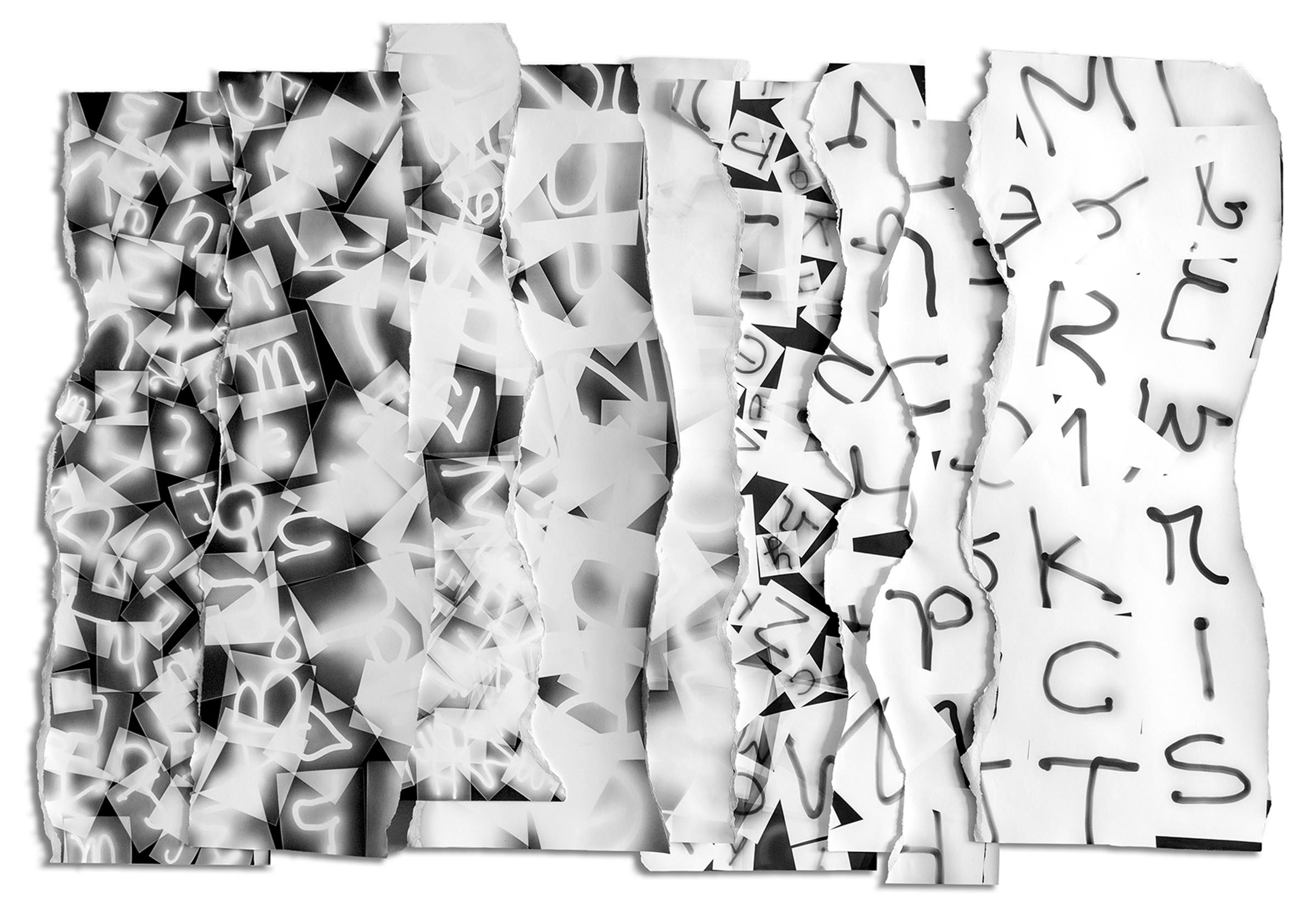 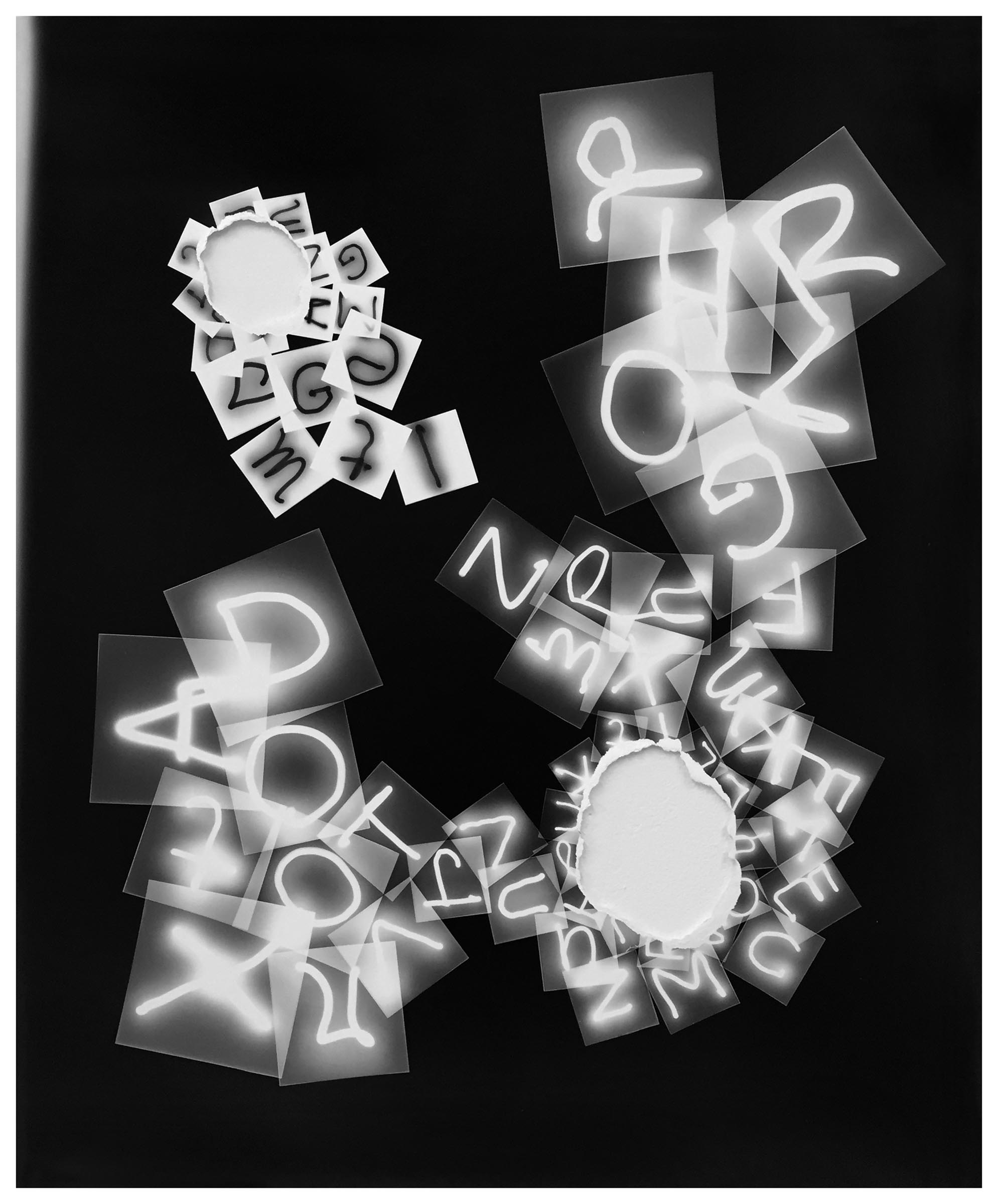 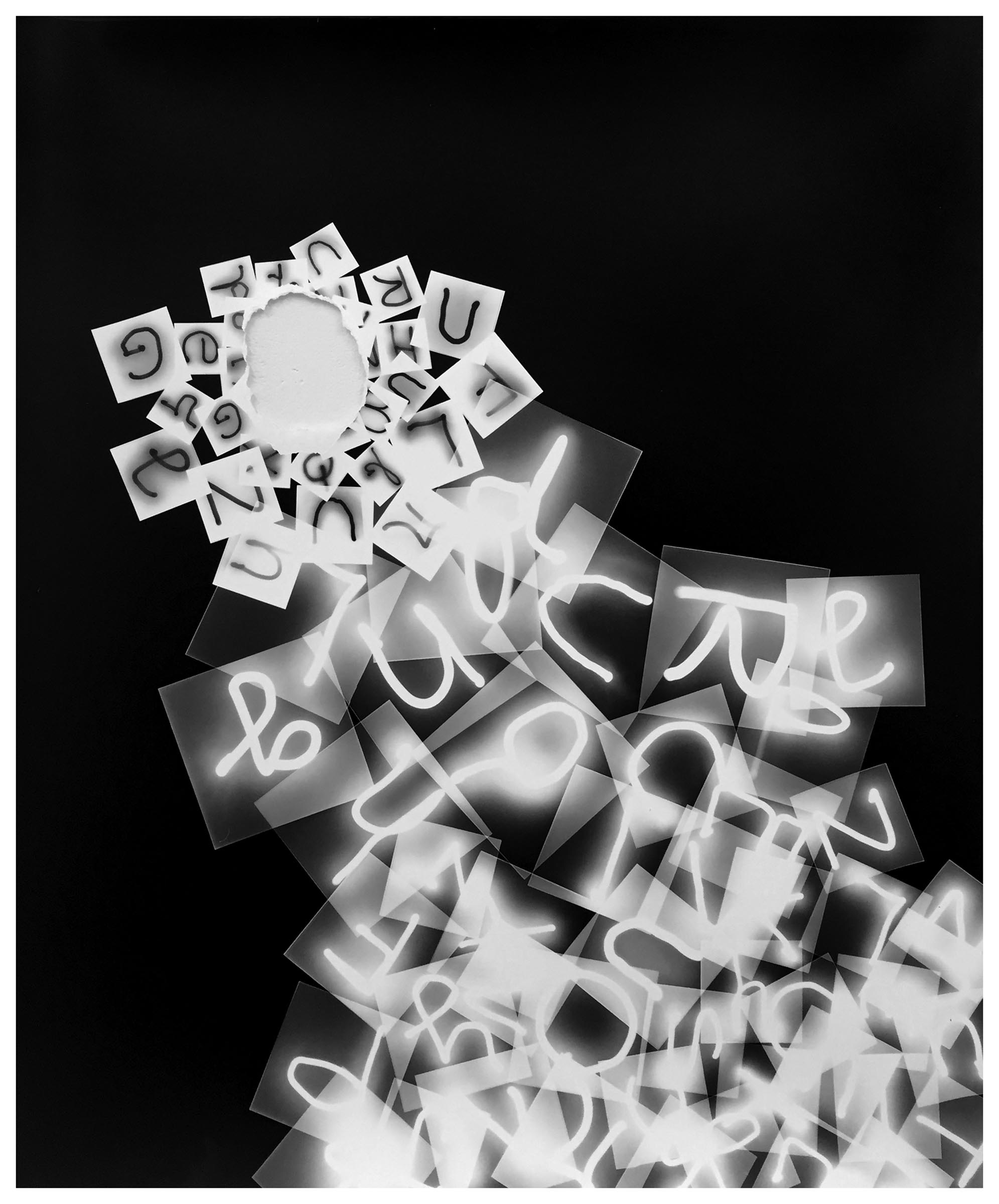 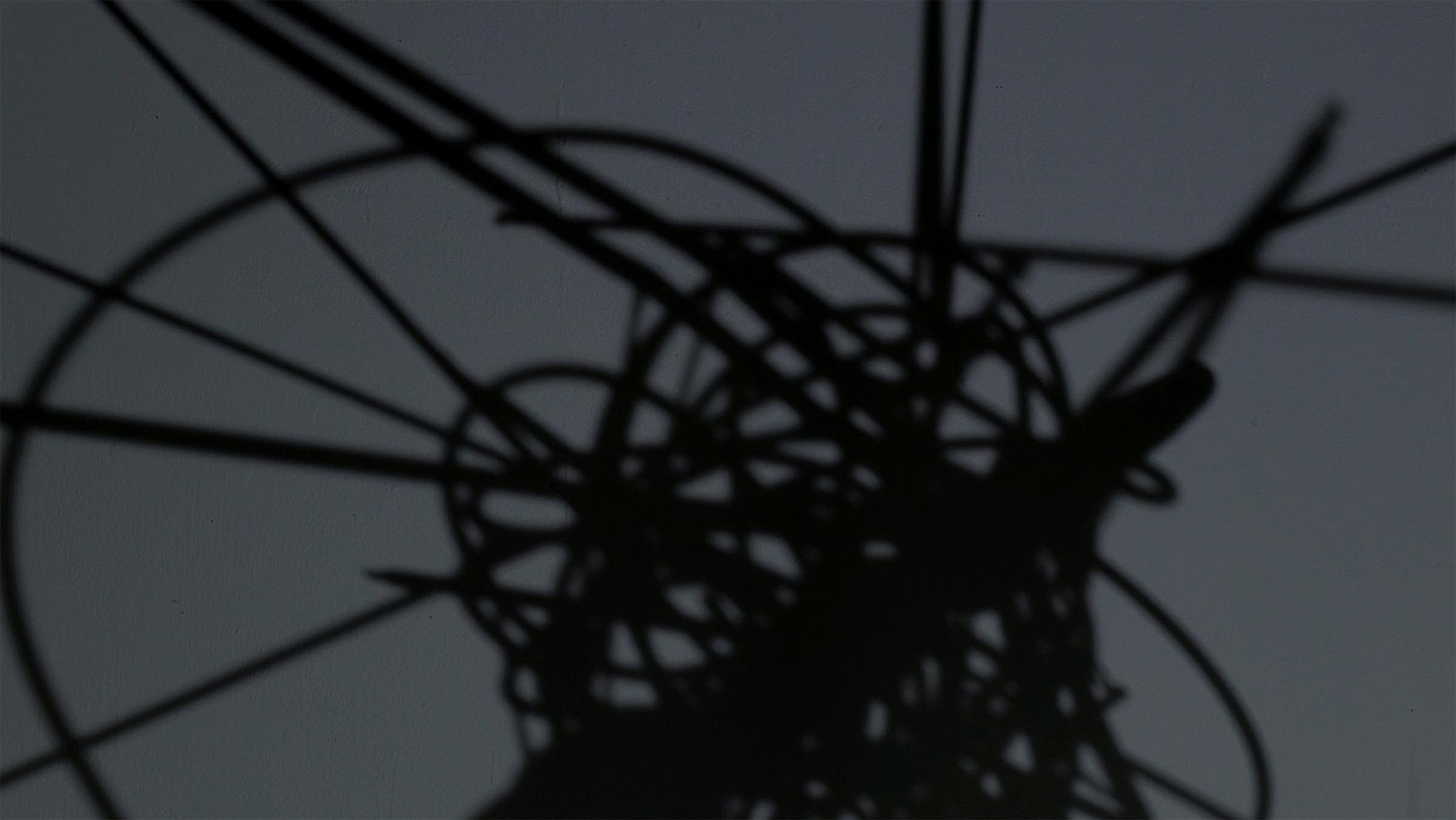 Born and raised behind the iron curtain and growing up in Western Germany, Elisabeth Ajtay is a conceptual artist primarily working in photography. Her work reflects and questions western culture on a psychological level with themes related to advertising, technology and the notion of home. Her multi-facetted practice is a reflection on her translation from growing up in, and, constantly moving between two different systems.

Ajtay's work is in numerous private collections. She has exhibited throughout Europe and in the US, including inSPIRACJE and Art Moves Festival in Poland, Goethe Institutes in Morocco, Prague, New York and France. Museum shows include the MKK -Museum for Art and Cultural History Dortmund, Germany and Blue Star Contemporary in San Antonio, Texas. The Ministry of Education and Training of Northrhine-Westphalia is working with her series “Zuhause/At Home” for educational purposes, encouraging discussions about the notion of belonging and nationality.

She has received a honorable mention with PX3-Prix de la Photographie Paris, France and has been nominated a semi-finalist at the Photofestival Groningen, Netherlands and the Immigration/Emigration Residency at the Santa Fe Art Institute in Santa Fe, NM. She was included into the Prequalified Artist Pool by the San Francisco Arts Commission and awarded a residency at the 3rd Street Studio Programs by San Francisco Art Institute. In 2016, she has exhibited with Alter Space, RAYKO and Savernack Street in San Francisco, CA. Most recently she was awarded an artist in residence at BANFF Center for Arts and Culture in Canada and the Vermont Studio Center and she received two honorable mentions with the International Photography awards, one for her body of work Dialog (Dialogue). Currently, her second solo show with Don Soker Contemporary Art is on view in San Francisco, CA.

Elisabeth Ajtay received a diploma in communications design from the University of Applied Sciences Dortmund in Dortmund, Germany and a MFA from the San Francisco Art Institute in San Francisco, CA.