1.
S&M (Saints & Martyrs) is a series of photographs of painting/sculptures that exist only for the lens (they are destroyed after shot). The work is genre fluid, queer in content and form (‘purity is a myth,’ proclaimed Hélio Oiticica).
2.
Photography is a drawer of dead-loved leftovers. But we throw away the keys. that is the deal. Here photography is an arena. The presentness of sculpture added to the past tense of photography creates a suspended time.
3.
Those are languid men. They are odalisques and nymphs and goddesses, ready for the taking. They are saints who give their body and life to the beloved, big brother and father. Those men are in control in erotic abandon. Here is my body, it is yours, take it, do with it what you will - please (me).
4.
All Art History survey books are books of photographs. Photographs engaged as transparent windows and also as placeholders for the ‘real experience.’ Like porn to sex. Photos that are anonymous artworks, invisible in their profusion, blamed for the degradation of the aura of the originals. And yet, it is often through them that we fall in love with works of art in painting and sculpture. We fell in love with photographs pretending to be paintings.
5.
Informed by Brazilian bodies of trance. Saints from Candomblé who mount, penetrate the body, who possess the lover. Saints in Christian churches, which readily give their bodies to the unseen male just outside the frame (Him), with lustmord. Becoming for love. 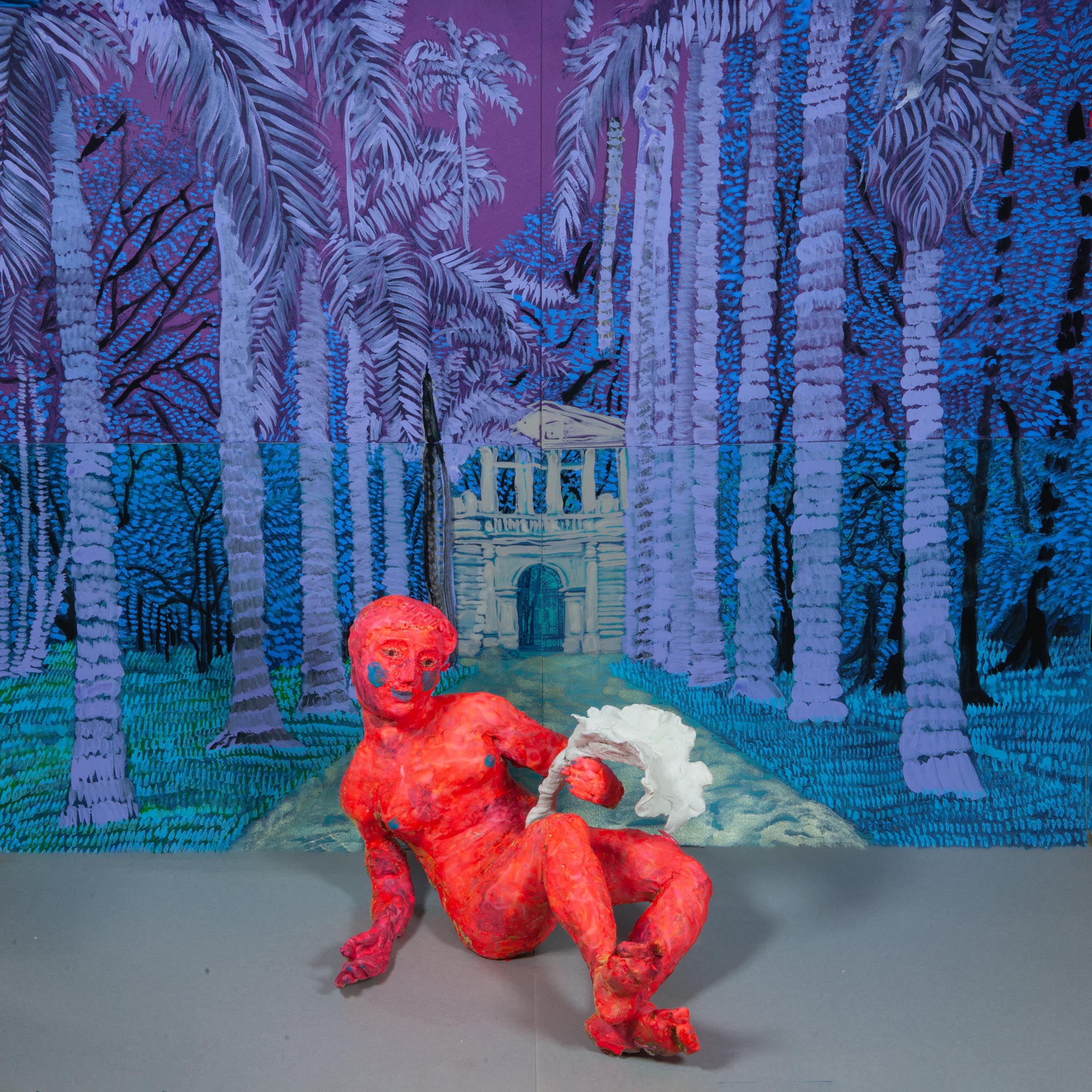 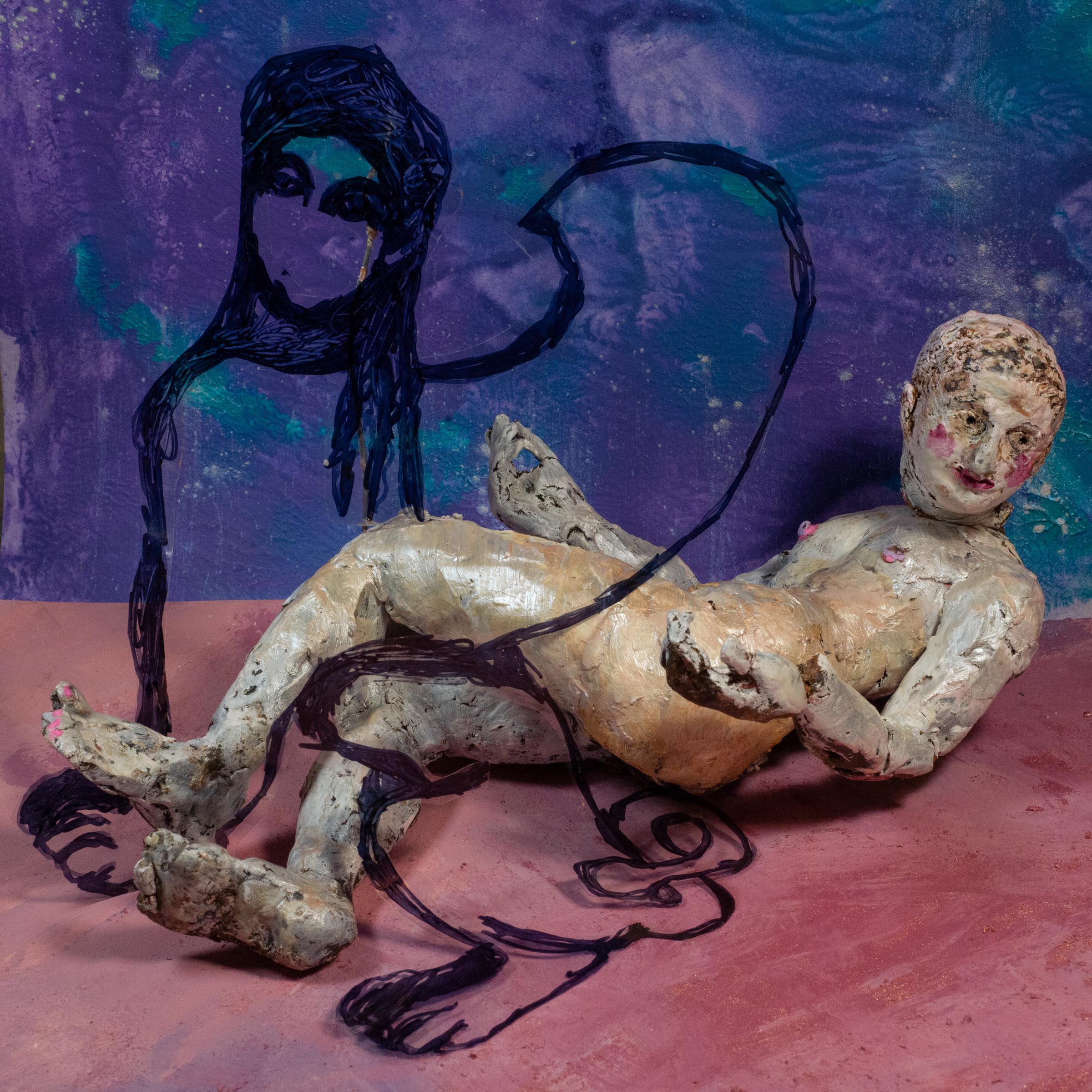 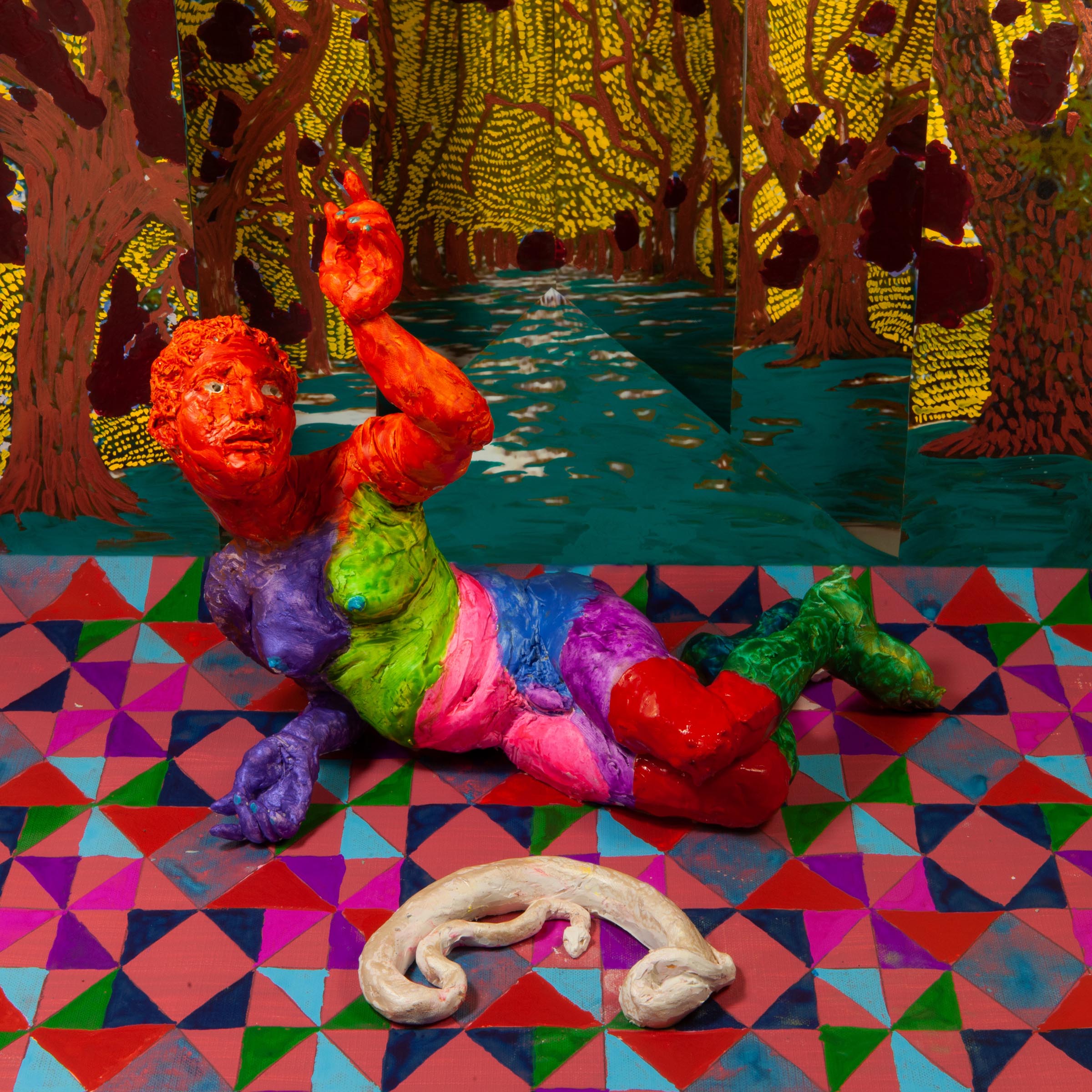 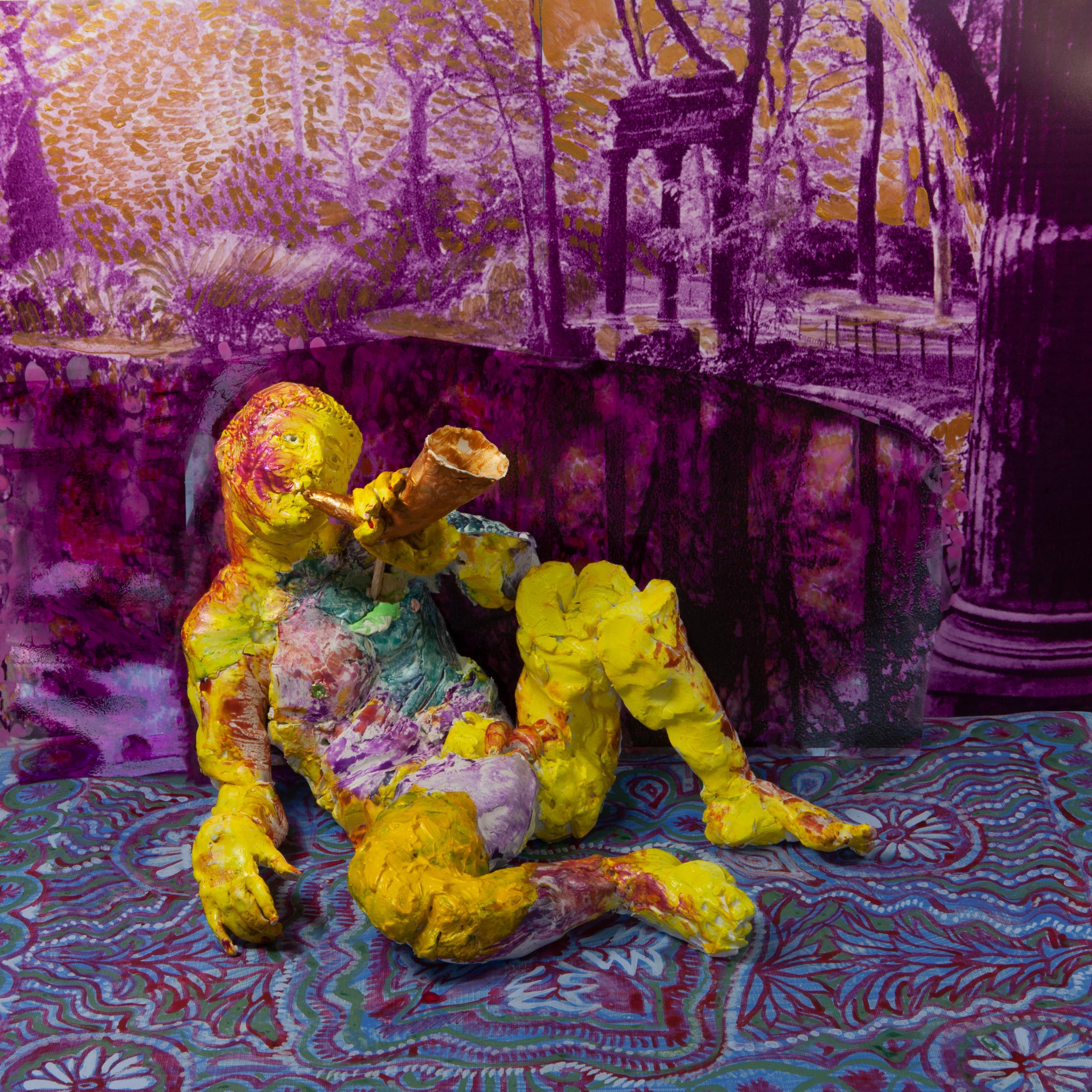 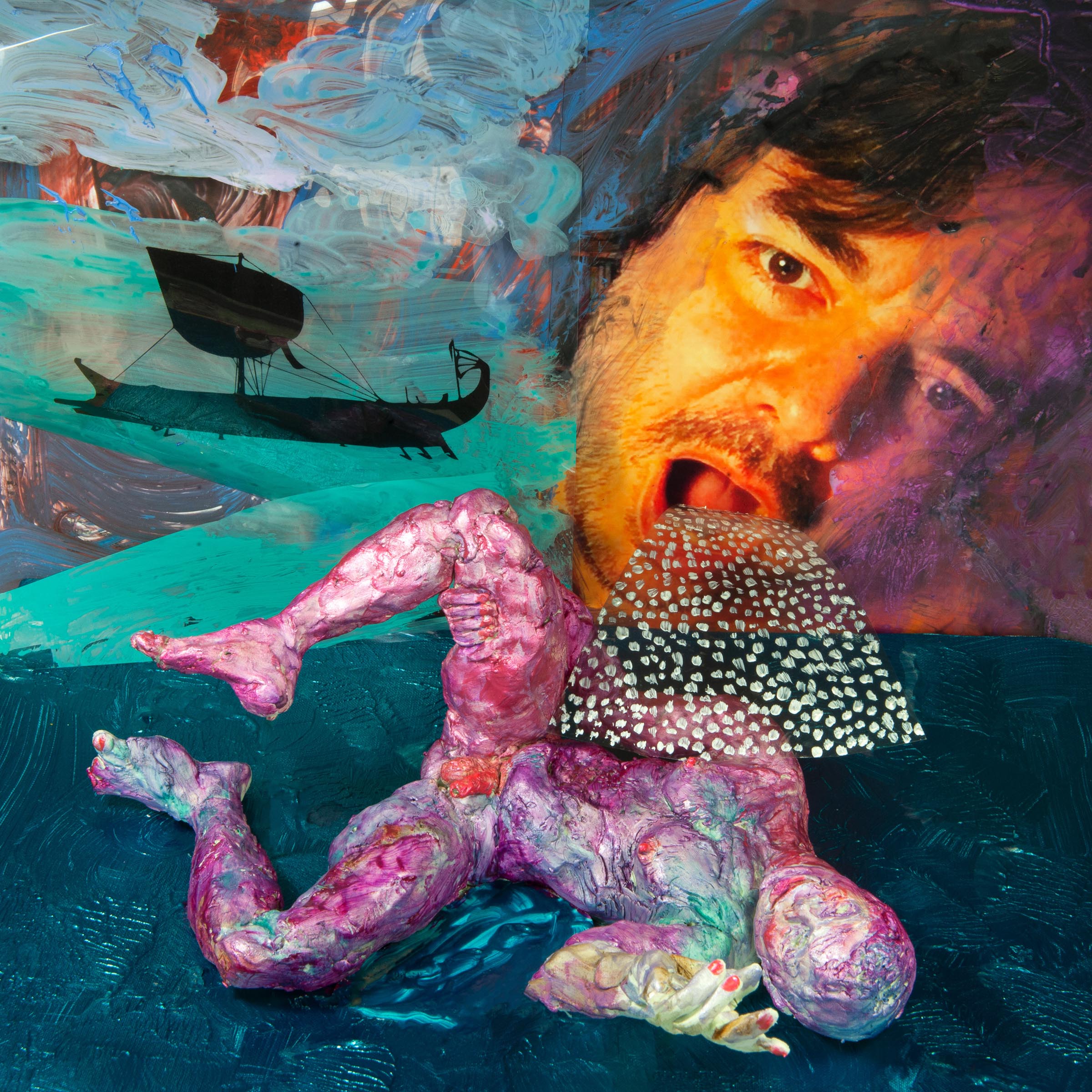 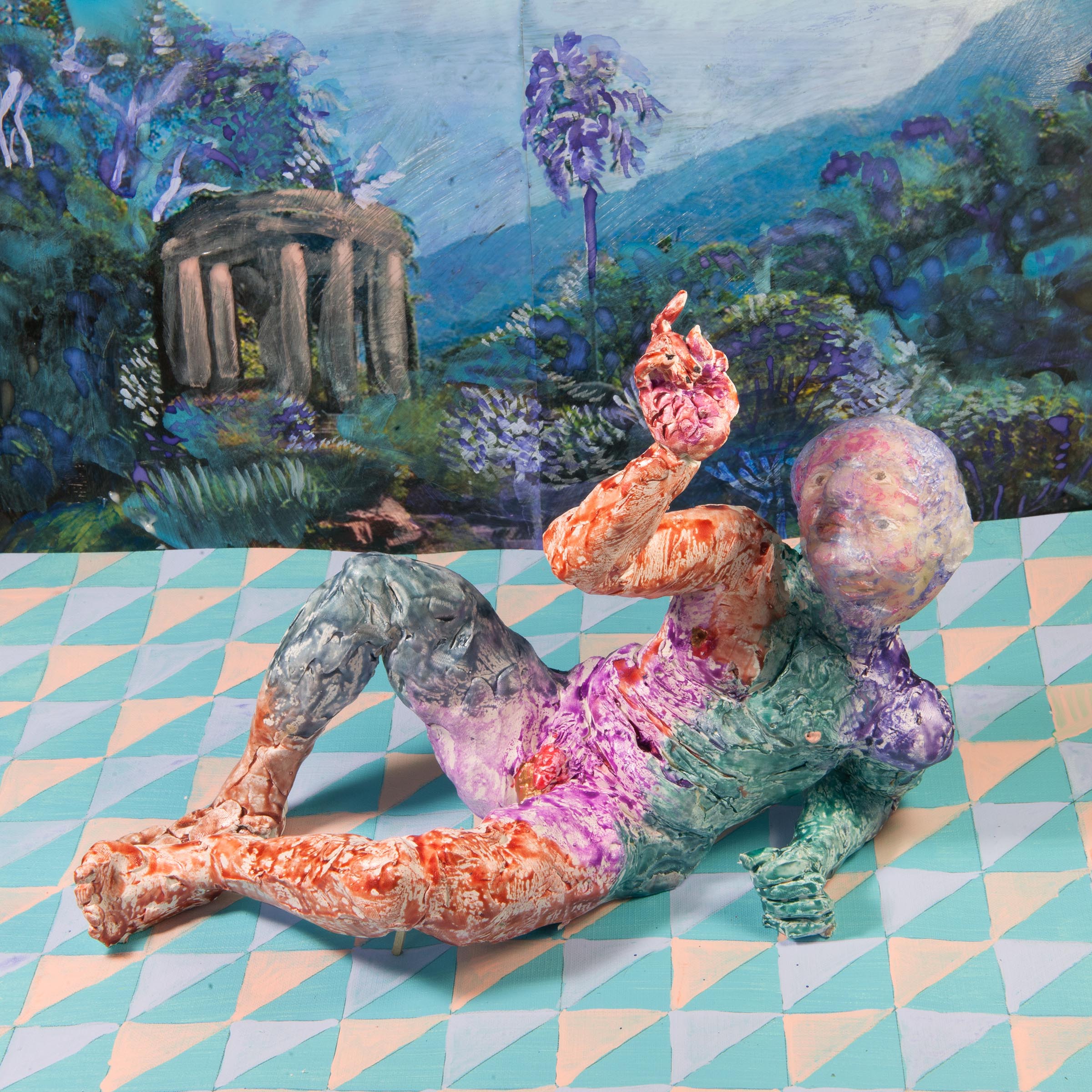 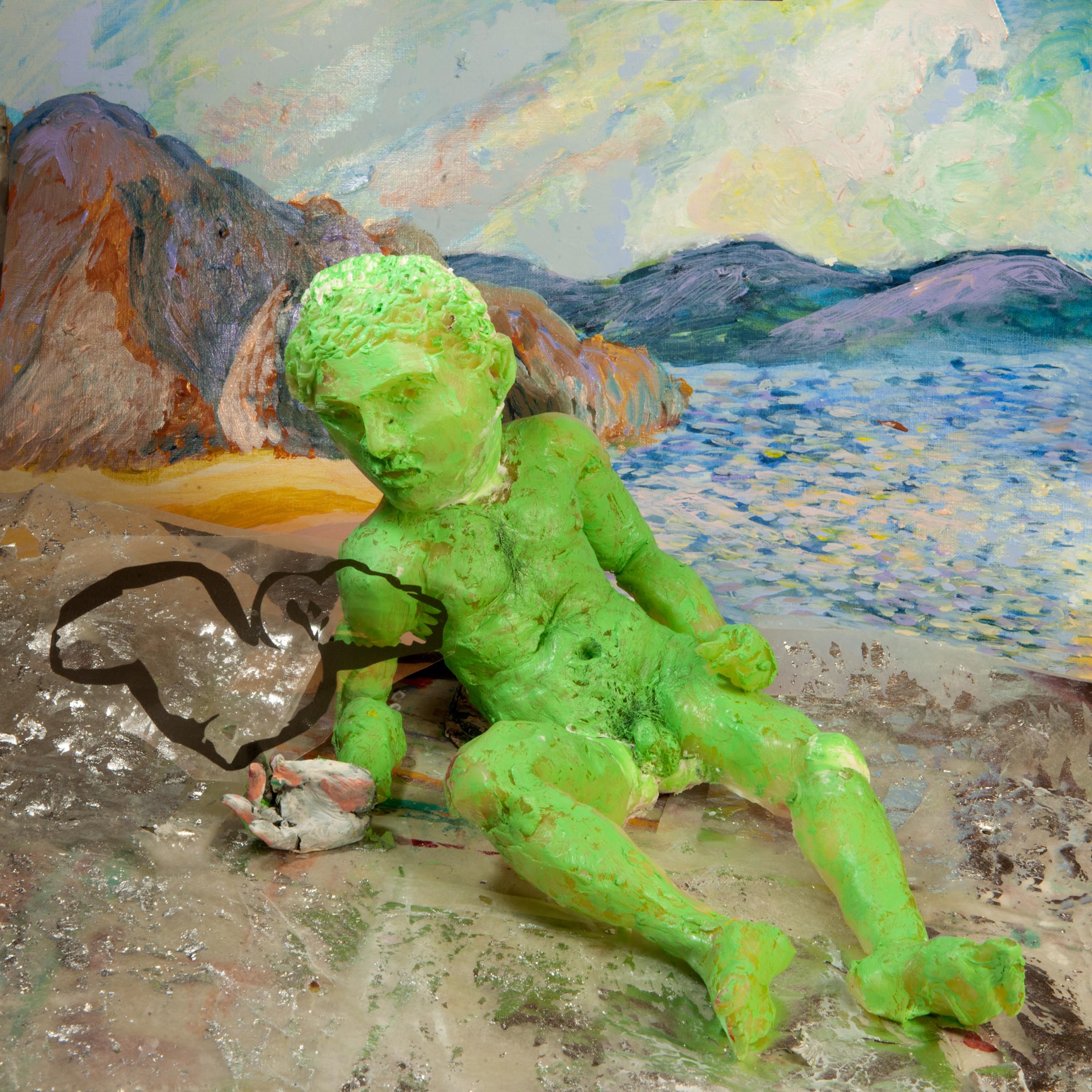 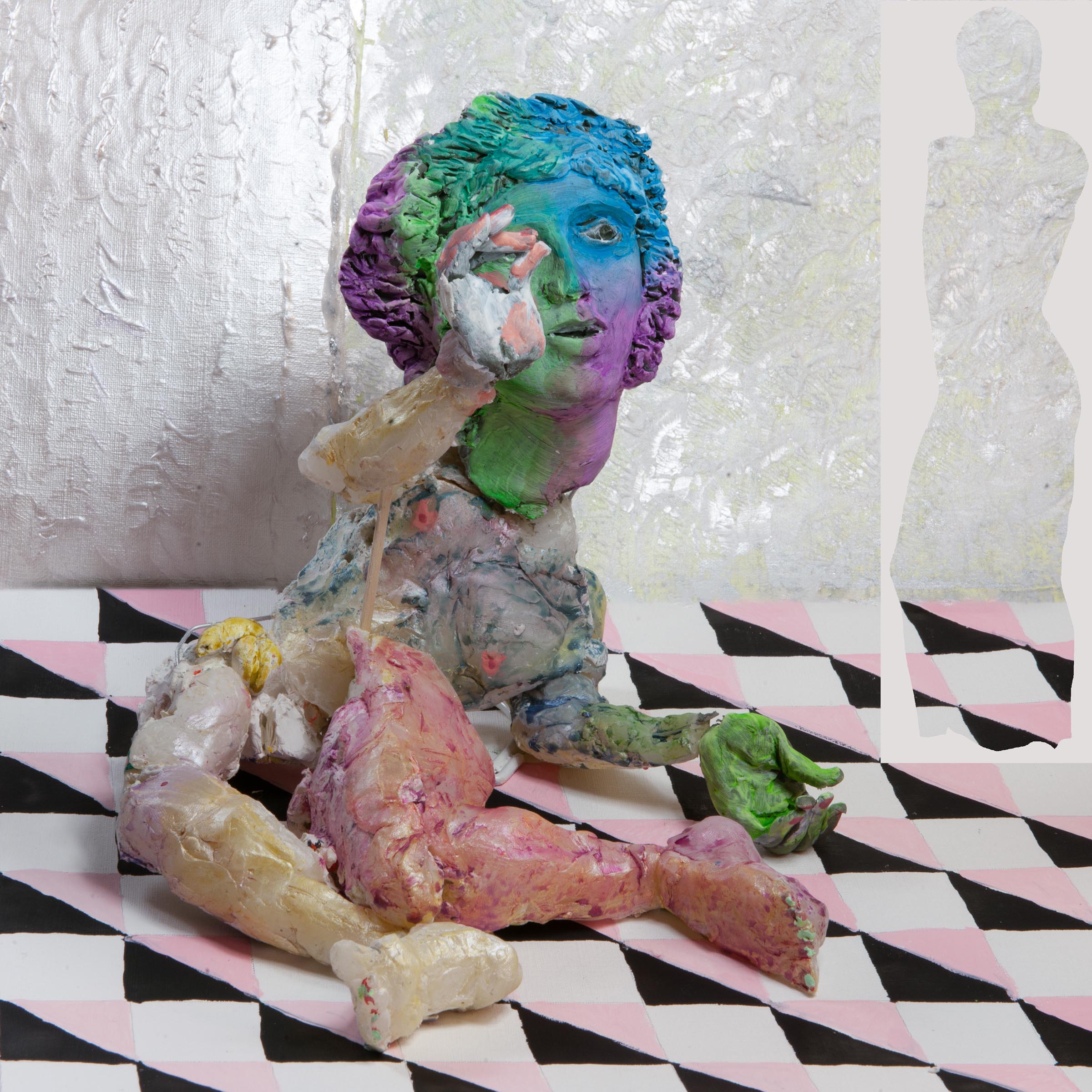 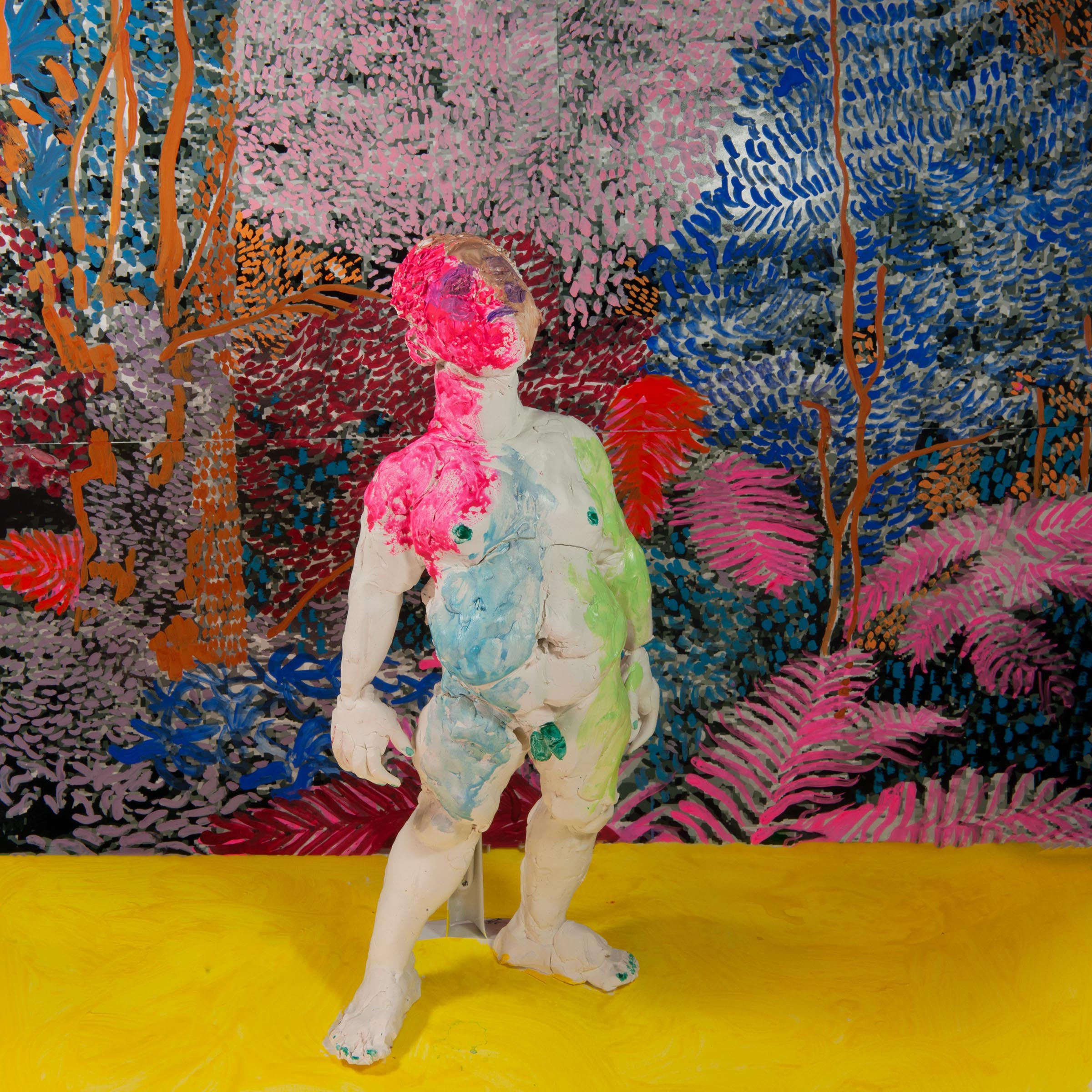 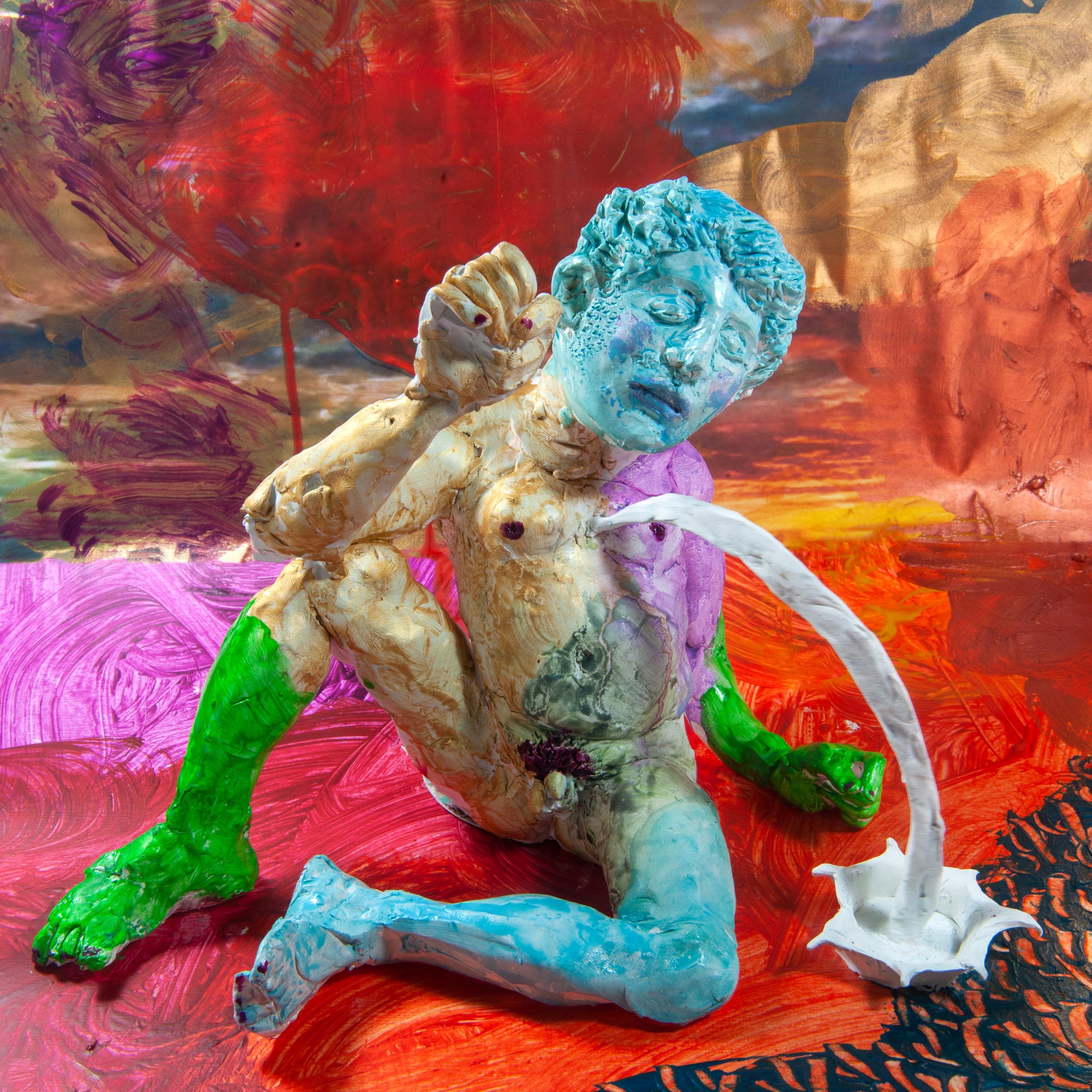 Since 2017 ‘Saints & Martyrs’ has been selected into exhibitions at the Houston Center for Photography by Yasufumi Nakamori (now, chief curator of photography at Tate Modern), and the L.A. Center for Digital Art by Bryan Barcena (MoCA, L.A.), and Nicholas Barlow (LACMA). It has also been selected for residencies at Helycon, Turkey (2018), MassMoca (2019), and the MacDowell Colony (where Lopes was chosen as a 2019 Marian O. Naumburg Photography fellow).

New York-based Brazilian artist Cyriaco Lopes has exhibited at the Museum of Modern Art in Rio de Janeiro, the Museum of Art of São Paulo (MASP), El Museo del Barrio in NYC, the Centre Wallonie Bruxelles in Paris, Casa Degli Artisti in Milan. His work has been curated by artists such as Lygia Pape, Janine Antoni, and Luciano Fabro. He is the winner of the NYC World Studio Foundation Award, the Contemporary Art Museum Saint Louis Project Award, the São Paulo Phillips Prize of trip to Europe. He received grants to attend the London Project residency and Skowhegan.

His performances in collaboration with poet Terri Witek have been seen at the Centro Nacional de Cultura in Lisbon, Portugal, the Pennsylvania Academy of Fine Arts in Philadelphia, the Salford Museum, in Manchester, England, the Atlantic Center for the Arts, FL, the Centre del Carme Cultura Contemporanea, in Valencia, Spain, and Oi Futuro Center for Art & Technology, in Rio, Brazil.

Lopes is an associate professor of art at John Jay College / the City University of New York. He also teaches in the Stetson University low residency M.F.A. of the Americas in Poetry in the Expanded Field.