Recently I have turned to my Mexican heritage as a source for inspiration for my paintings. Having grown up with one foot in the U.S. and the other in Mexico, it wasn’t until the recent surge in Trump inspired anti-Mexican rhetoric that I stopped taking my upbringing for granted. As a child I grew up going to visit my Mexican family every summer. My grandfather, Alfonso Ortiz Toscano made a living as a portrait painter in Guadalajara. When at an early age, I displayed an interest in art, Alfonso gave me painting and drawing lessons. The roots of my identity as an artist were planted in my grandfather’s studio. I have two current bodies of work that weave together to reflect my interests as a Mexican-American artist.

Set in traditional landscapes, I build invented ruins which act as metaphors for current events, my personal history and the way in which painting acts as a lens for considering these themes. Often these ruins are in mid rehabilitation, as if someone has reclaimed a deserted site and intends to fix it. Paused in the middle of rebuilding, these sites have the potential for innovation; a demonstration of resilience. Weaving together my imagination with references to actual places, the paintings take both a familiar tone and a sense of the uncanny.

“Los Dioses de los Pochos” is the second body of work that brings figures of invented deities into these landscapes of ruin. “Pochos” is a term describing Mexican-Americans who are neither entirely Mexican or American. Generally a Pocho is a first generation Mexican who doesn’t speak English or Spanish fluently; instead they have their own language and culture which straddles both nations.

The deities are a recent leap in imagination; they move the viewer out of the uncanny and into the surreal. They are statues that come to life through their dualities; they exist in between death and life. Dualities define them, they give them shape and their ambiguity is their strength. 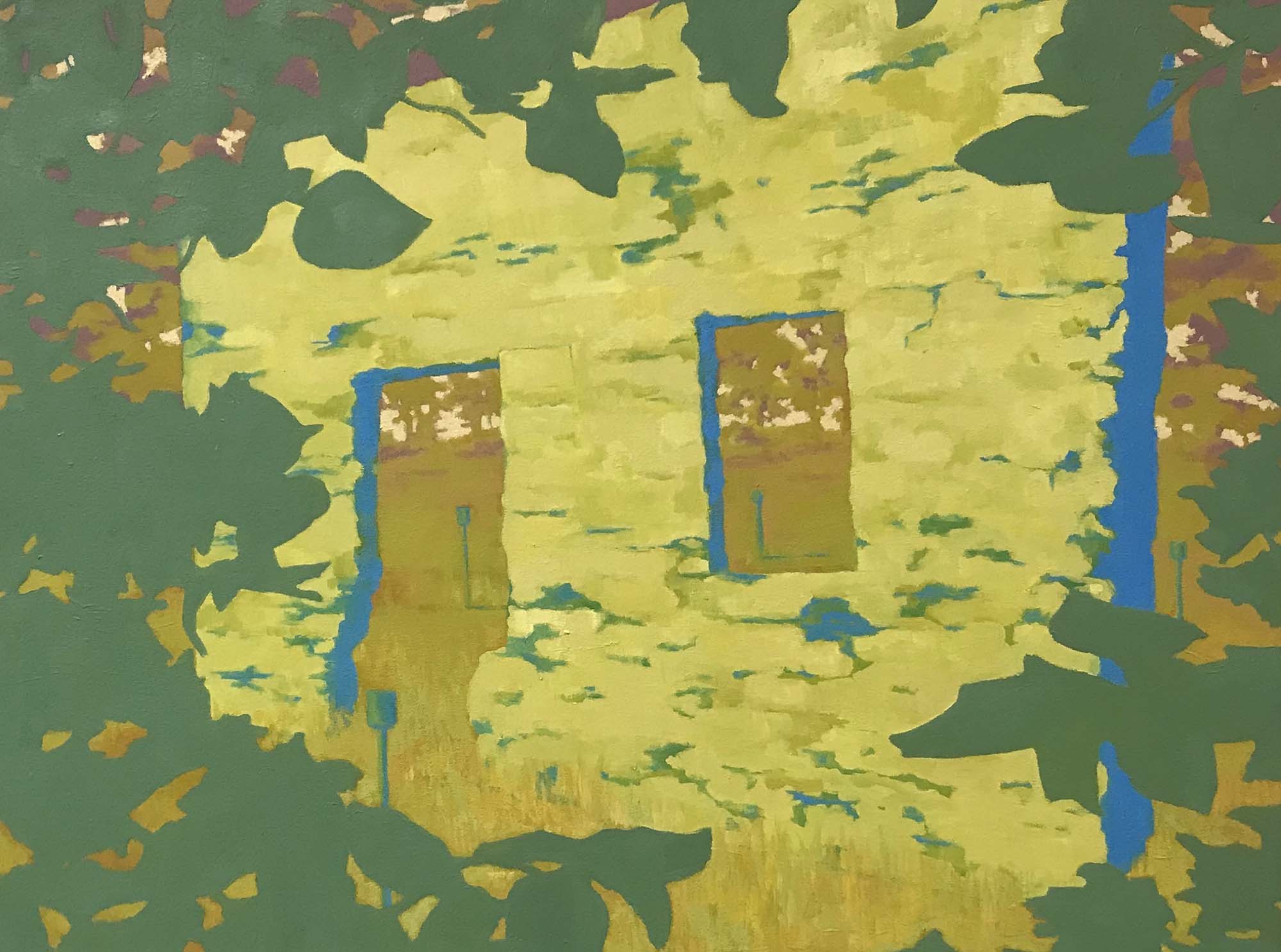 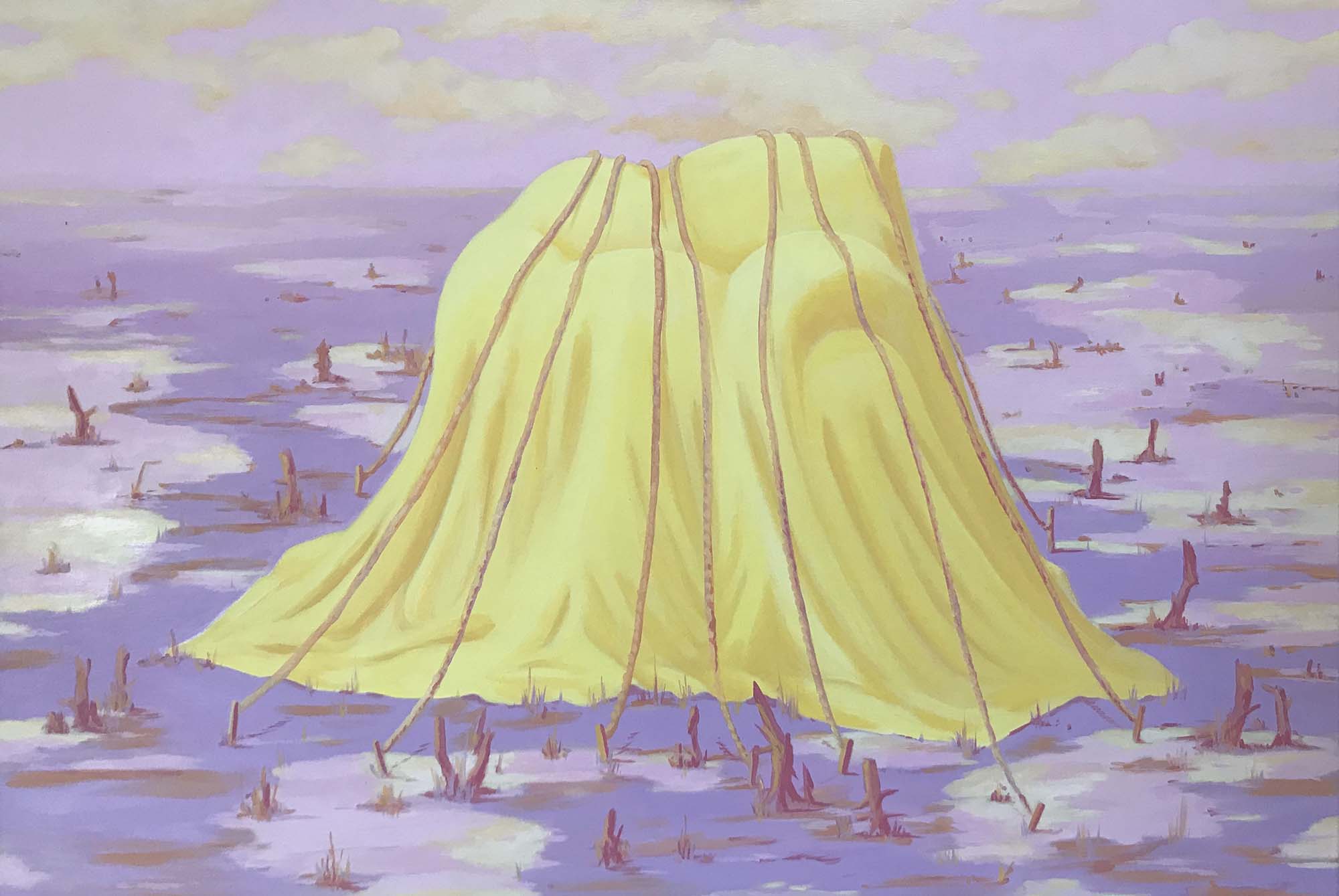 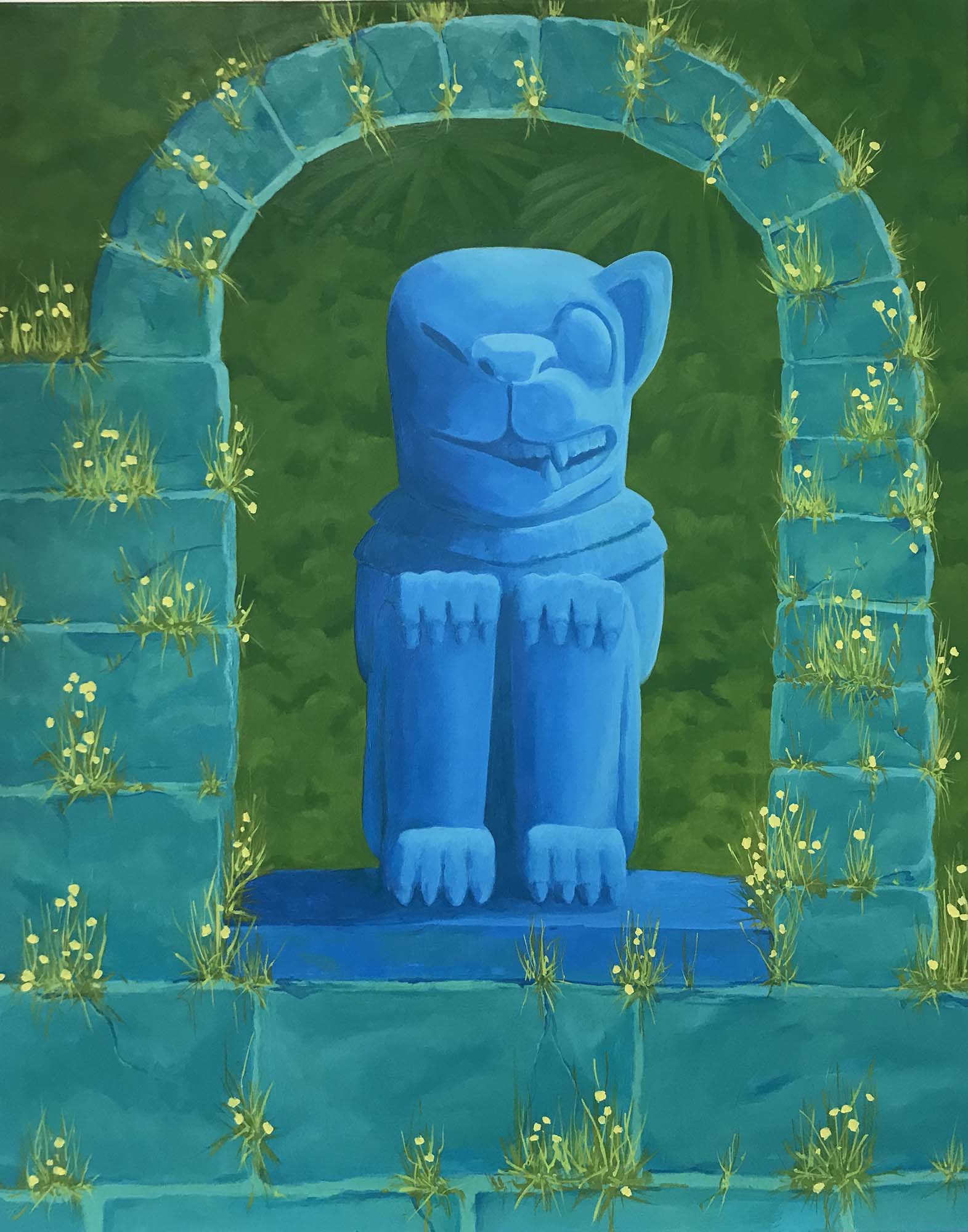 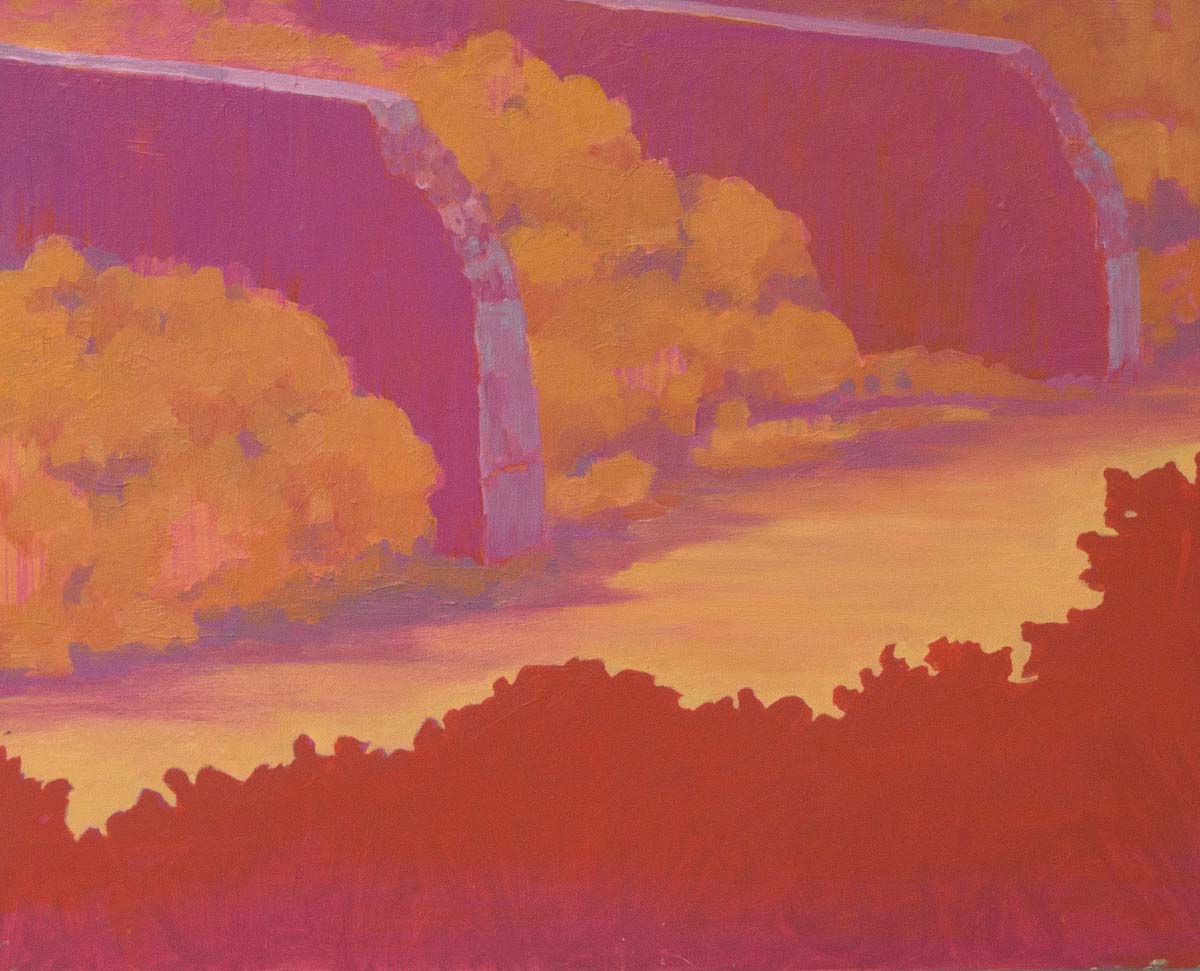 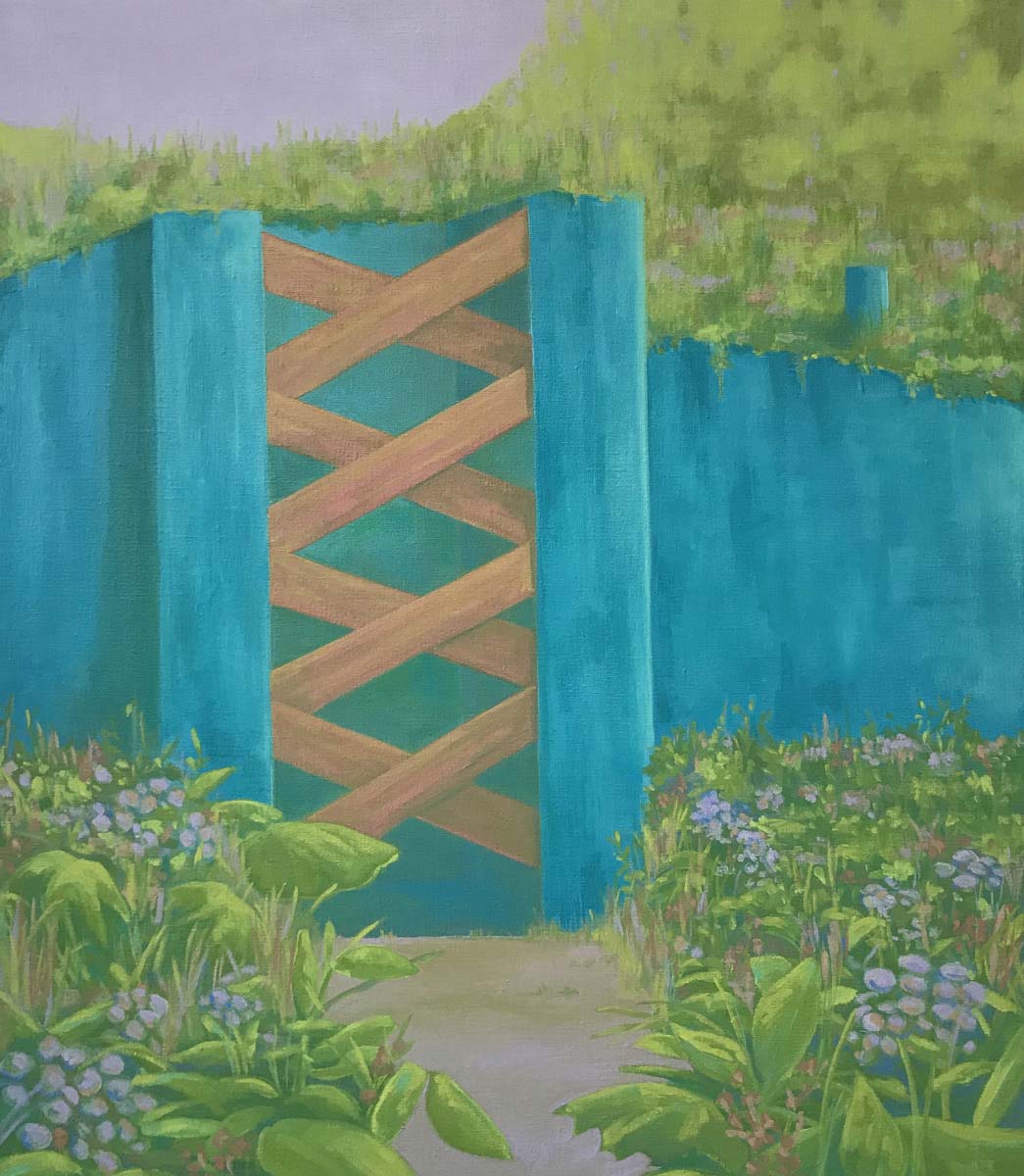 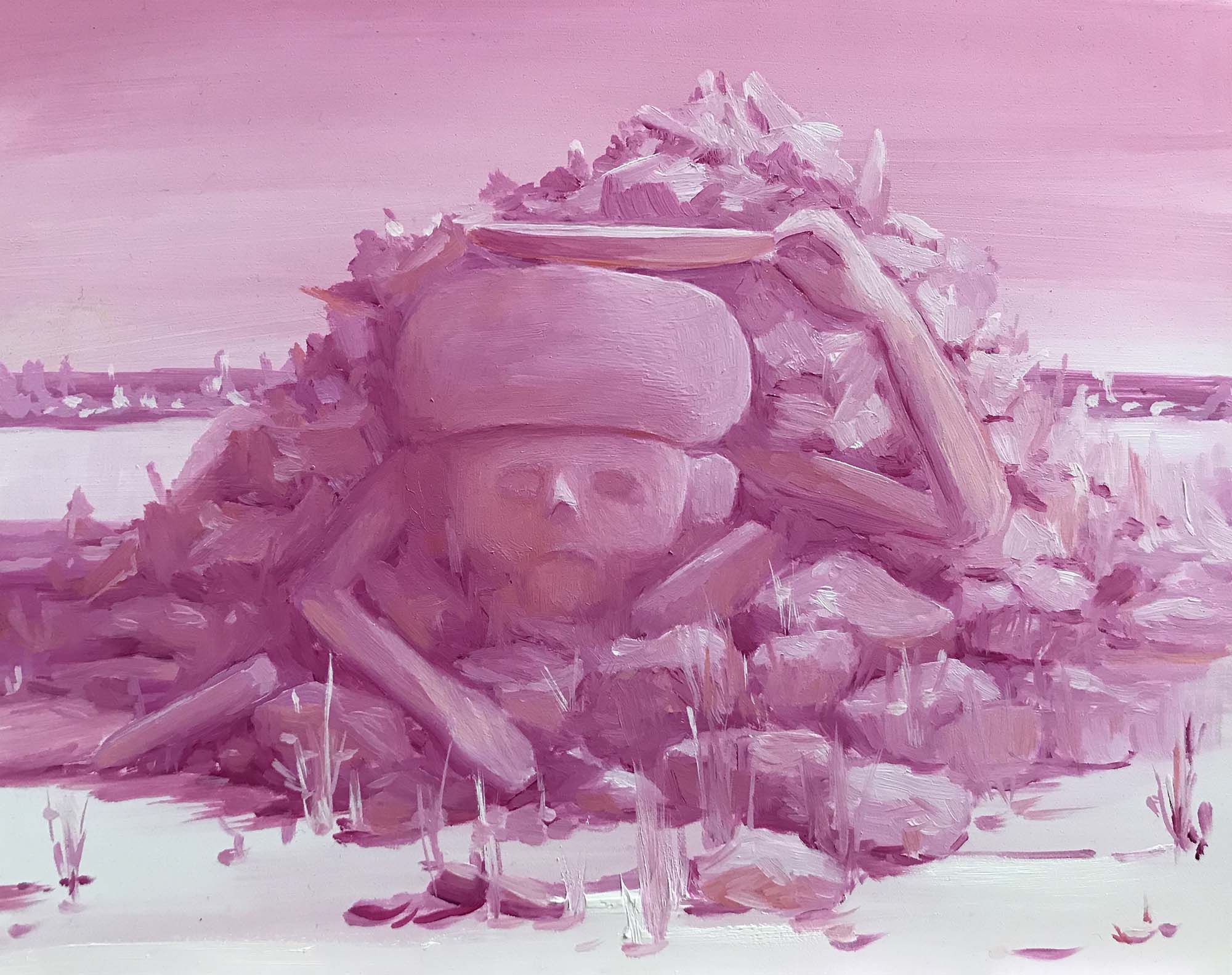 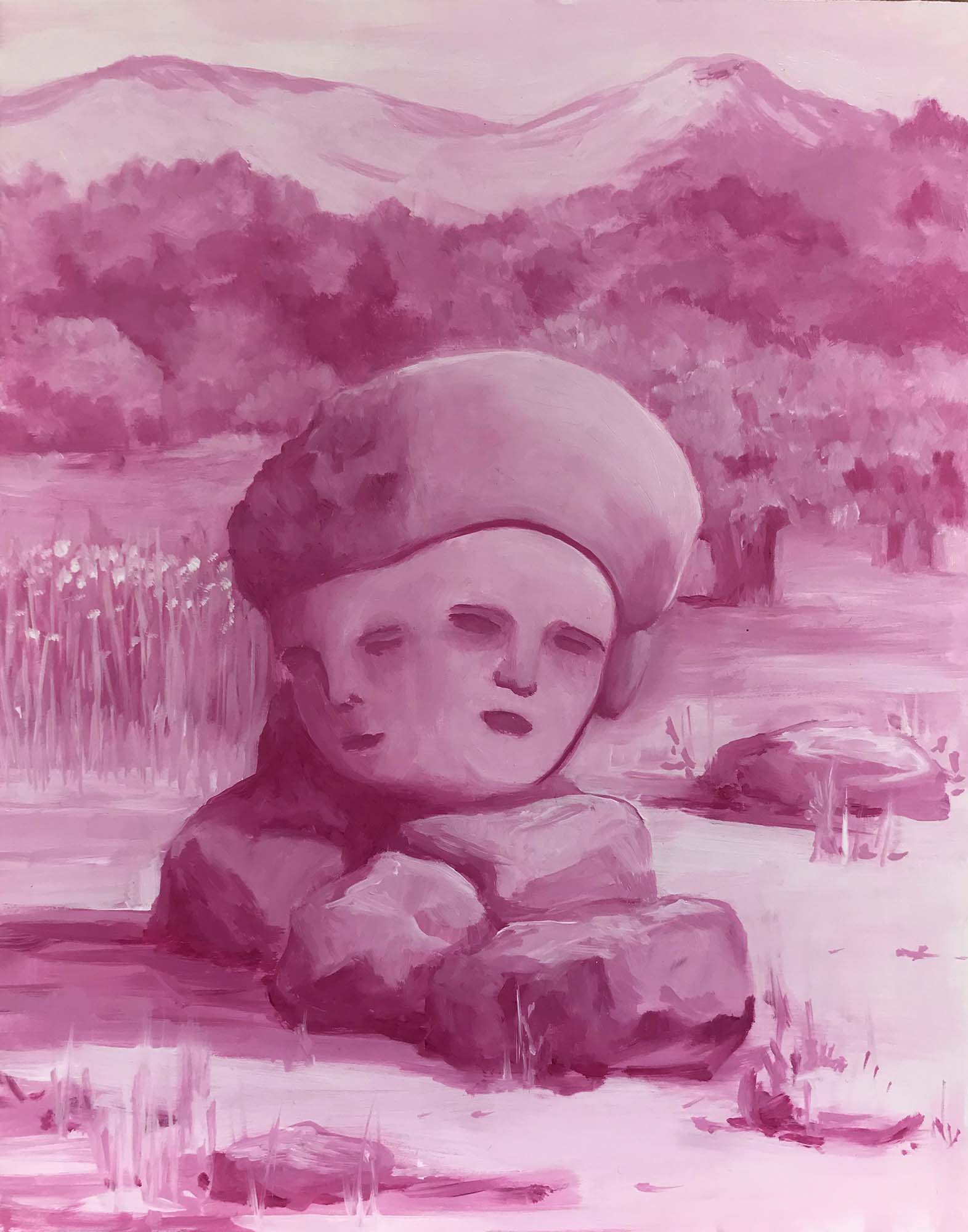 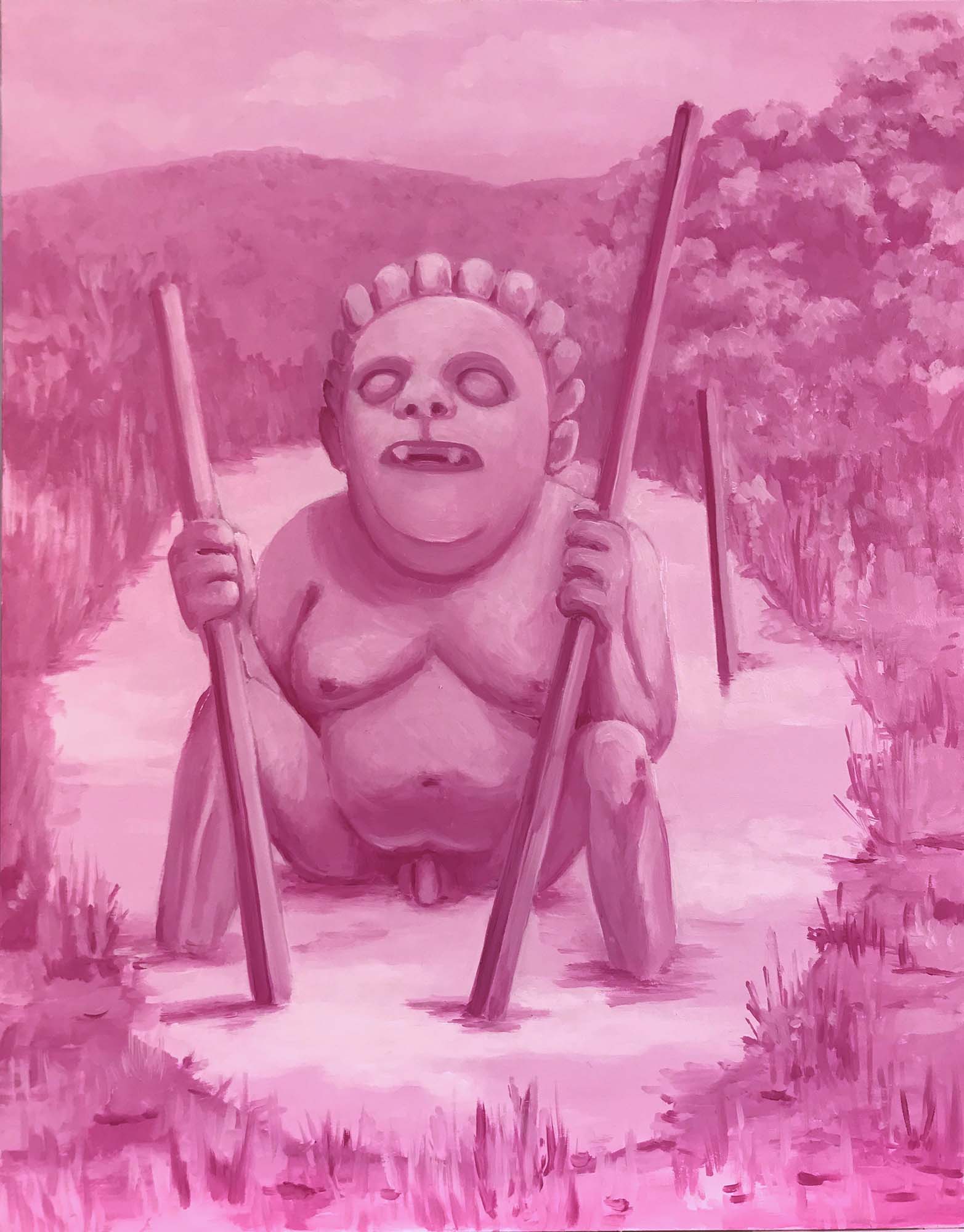 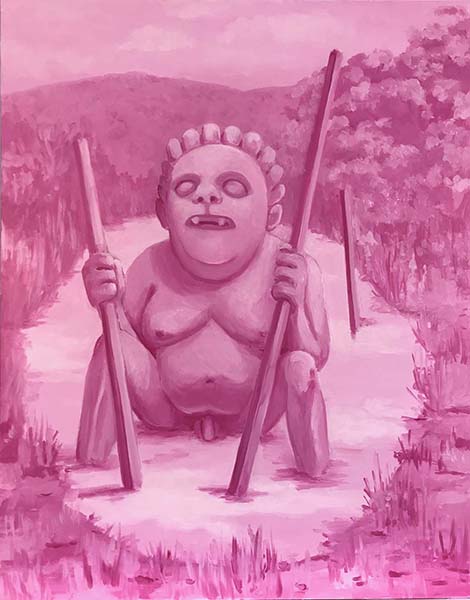 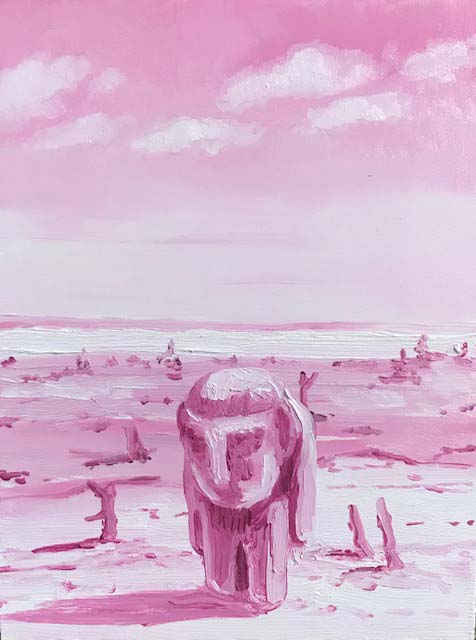 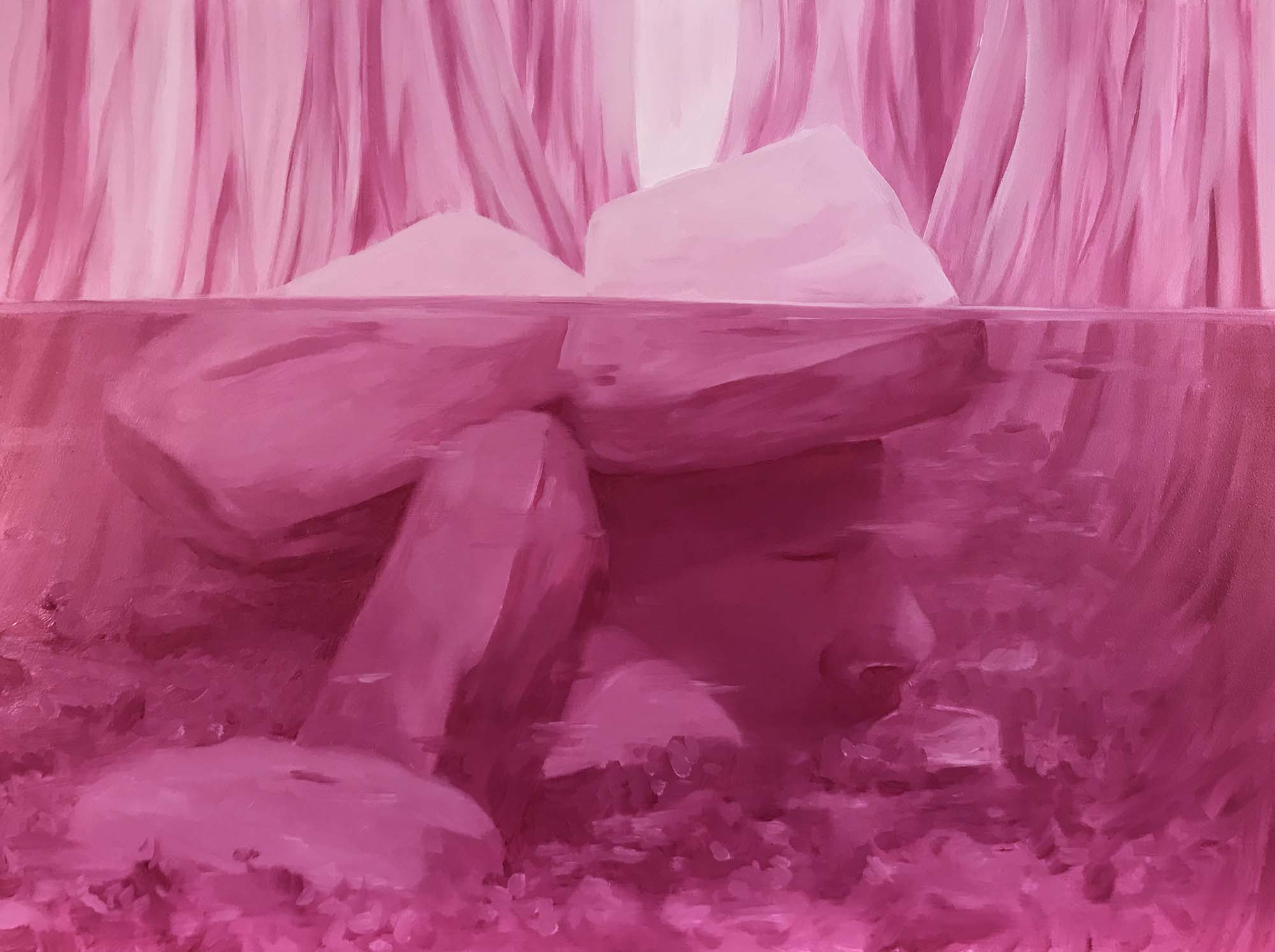 Anna Ortiz is a Mexican-American painter living in Brooklyn. Growing up in Worcester Massachusetts, Ortiz spent much of her childhood visiting her family in Guadalajara Mexico. There she studied painting with her grandfather Alfonso who was a professional portrait painter. Her love for painting and travel lead her to study in Paris at the Ecole du Louvre while in her undergraduate studies at Tufts and the Museum School. Ortiz continued her education at Tyler, receiving her MFA in painting in Philadelphia and Rome. Ortiz moved to New York in 2006 and has never stopped traveling. She has exhibited at Proto Gomez, Transmitter Gallery, TSA and Lesley Heller.