My art making process involves constructing miniature fictive spaces based on familiar architecture that I photograph and film. The spaces I create stem from my childhood memories of my hometown, the Gold Coast. When I encounter familiar spaces, fragmented memories and imaginations flood my new experience. The work mines this fleeting moment in my mind from which the models are then built. In turn, I create a space of the imagination where I inhabit my daydreams and the viewer can inhabit theirs.

Since relocating to America I got to see many of the original buildings whose style had influenced Gold Coast architects and therefore my work has developed to represent a more global generic architectural style within distant yet connected contemporary culture. This can be seen in the series ‘Stardust’, which consists of Stardust motels in different parts of America and Australia. The works also exist in both ‘then’ and ‘now’ versions to show how the buildings have changed over time. The following series ‘In Search of Rainbows’, consists of interior spaces dominated by a single color similar to the rainbow spectrum. The work merges real and imagined places across the world and explores the connection between place, space, memory and color, and its ability to evoke a sensory rush. Global memory and architecture is brought together in more recent work ‘Lost in Paradise’ based on an eclectic mix of familiar streets in world-wide cities. By presenting a generic global architectural style of space alongside one another my aim is to provide an opportunity for the viewer to identify minute details and idiosyncrasies particularly to place inviting people to ‘place’ themselves in the world. 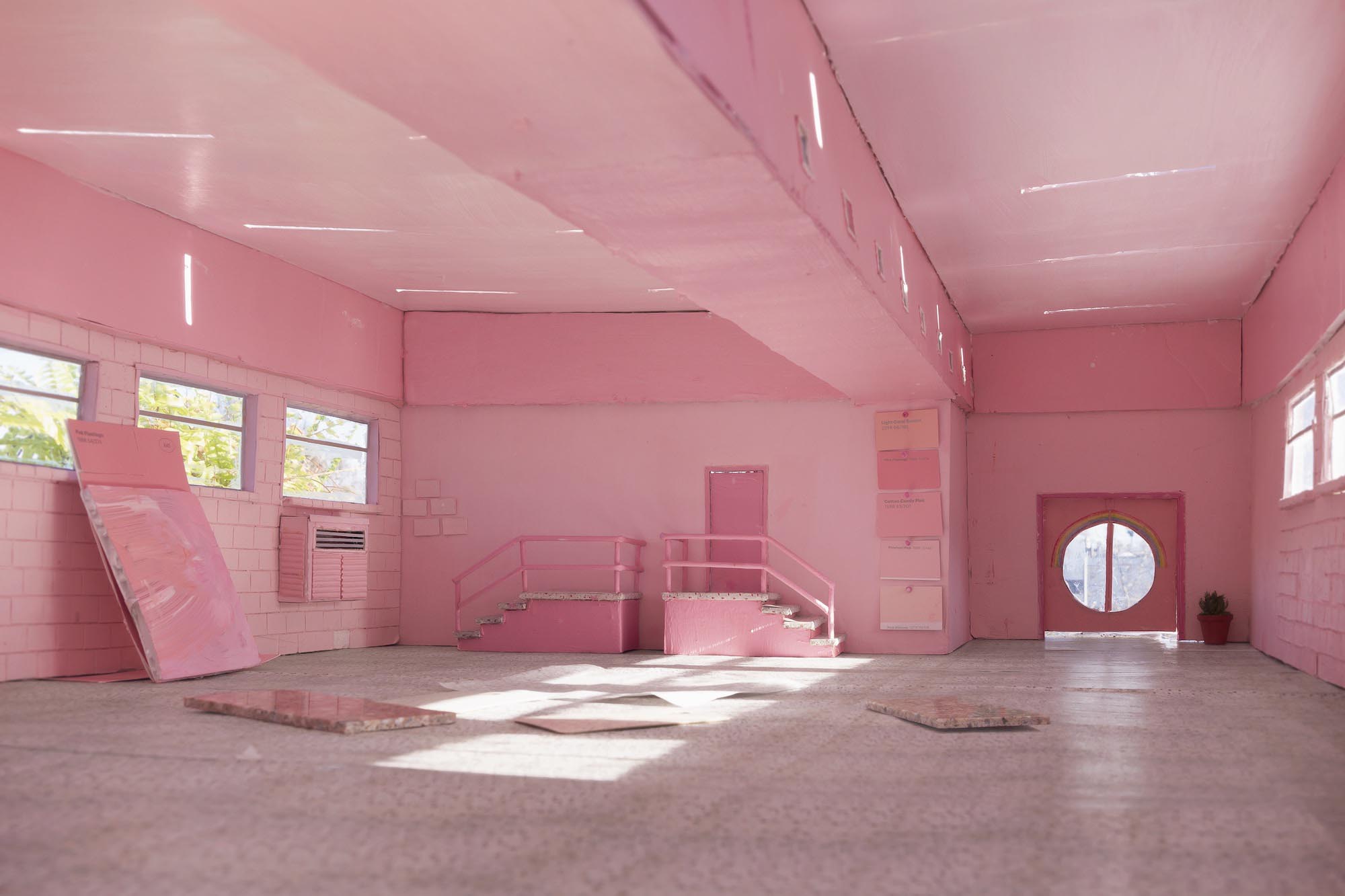 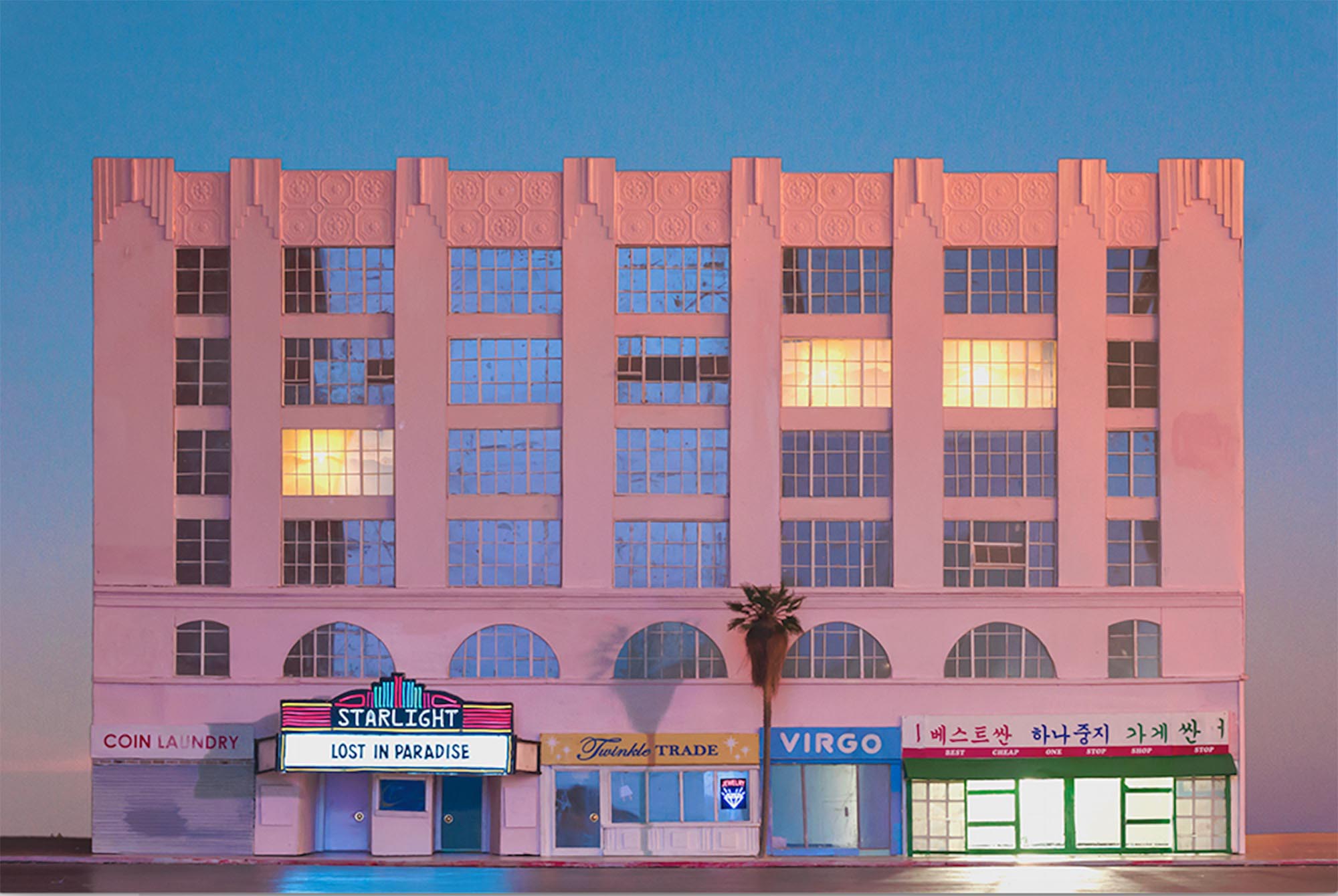 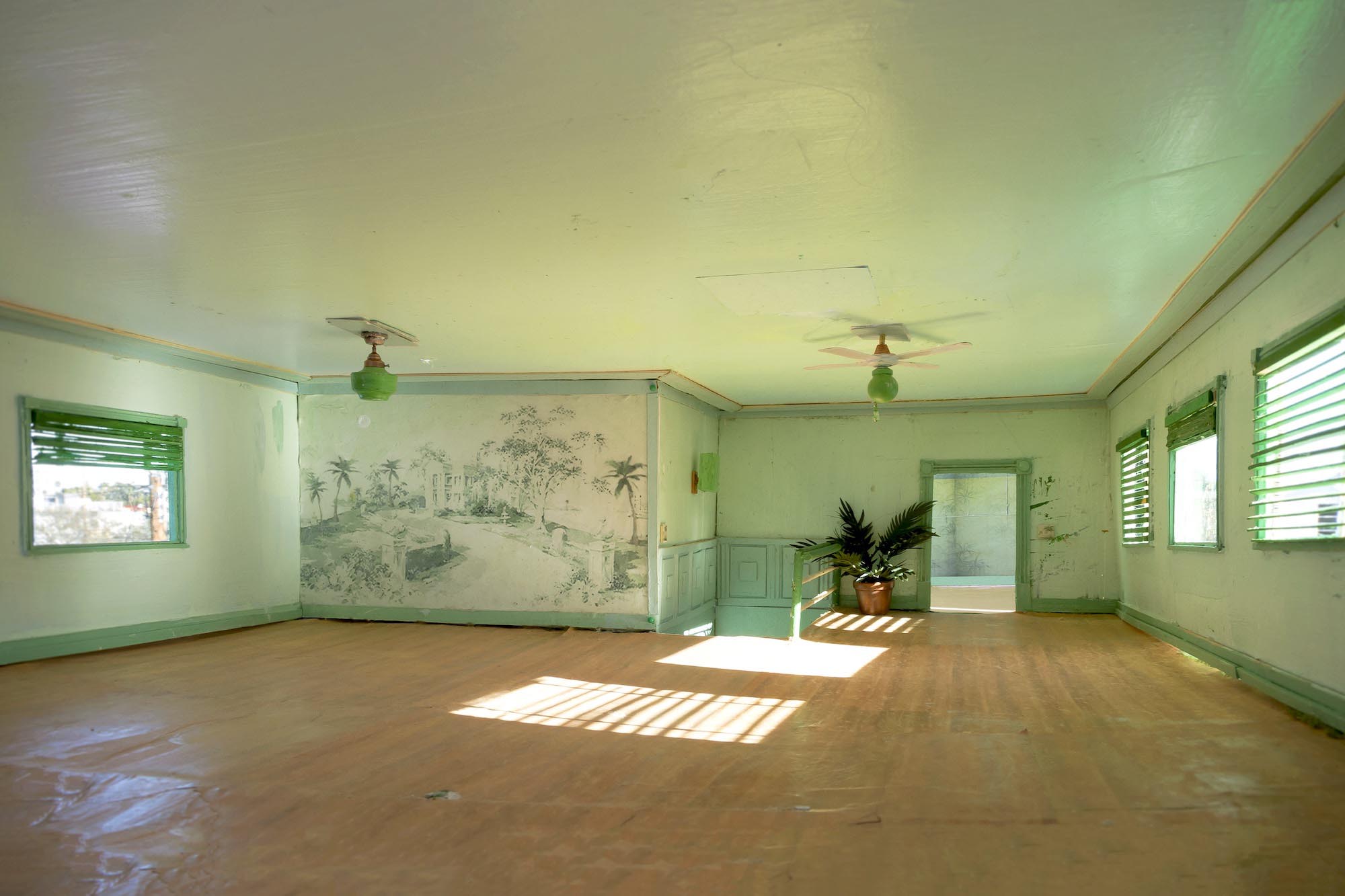 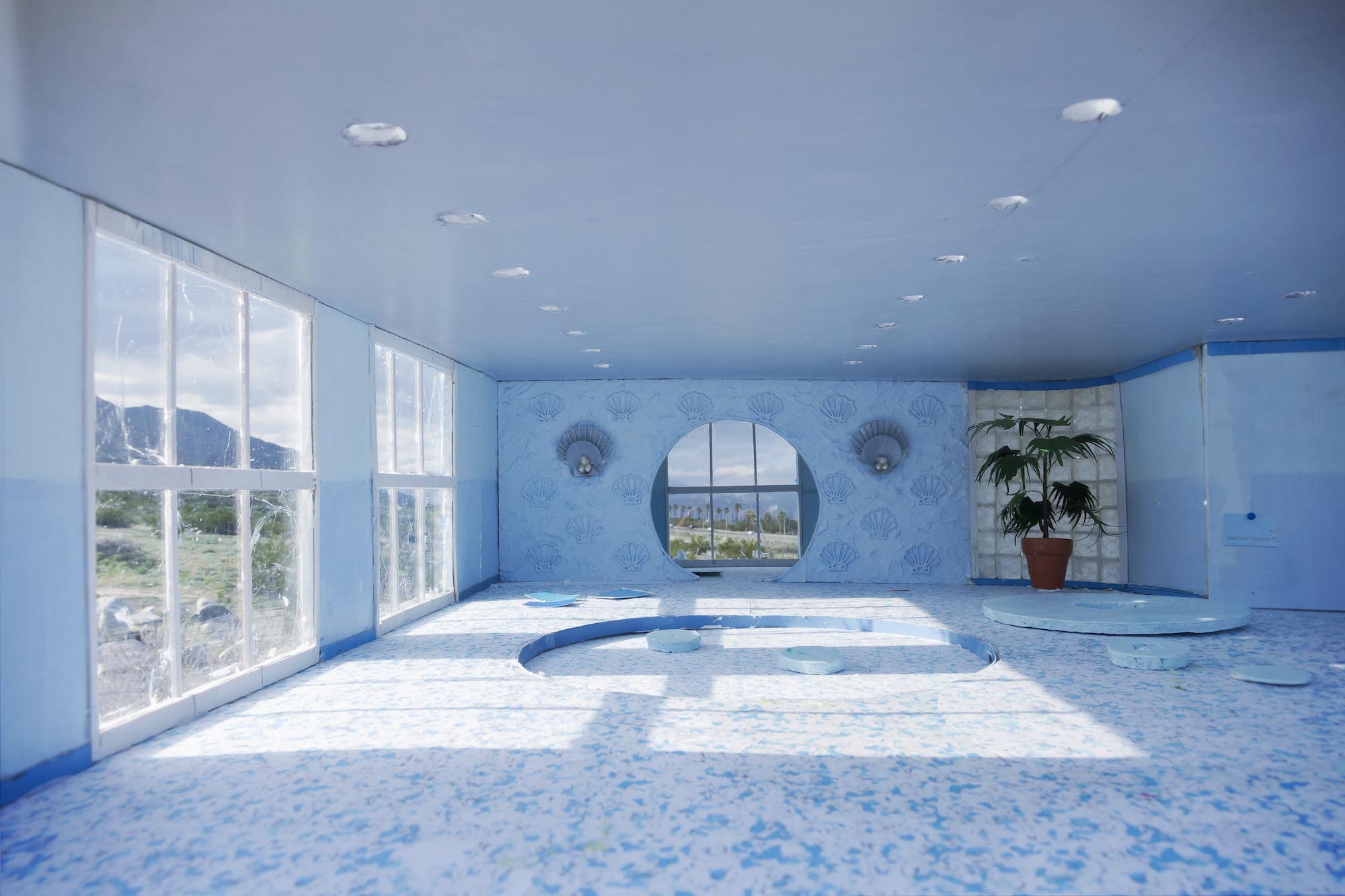 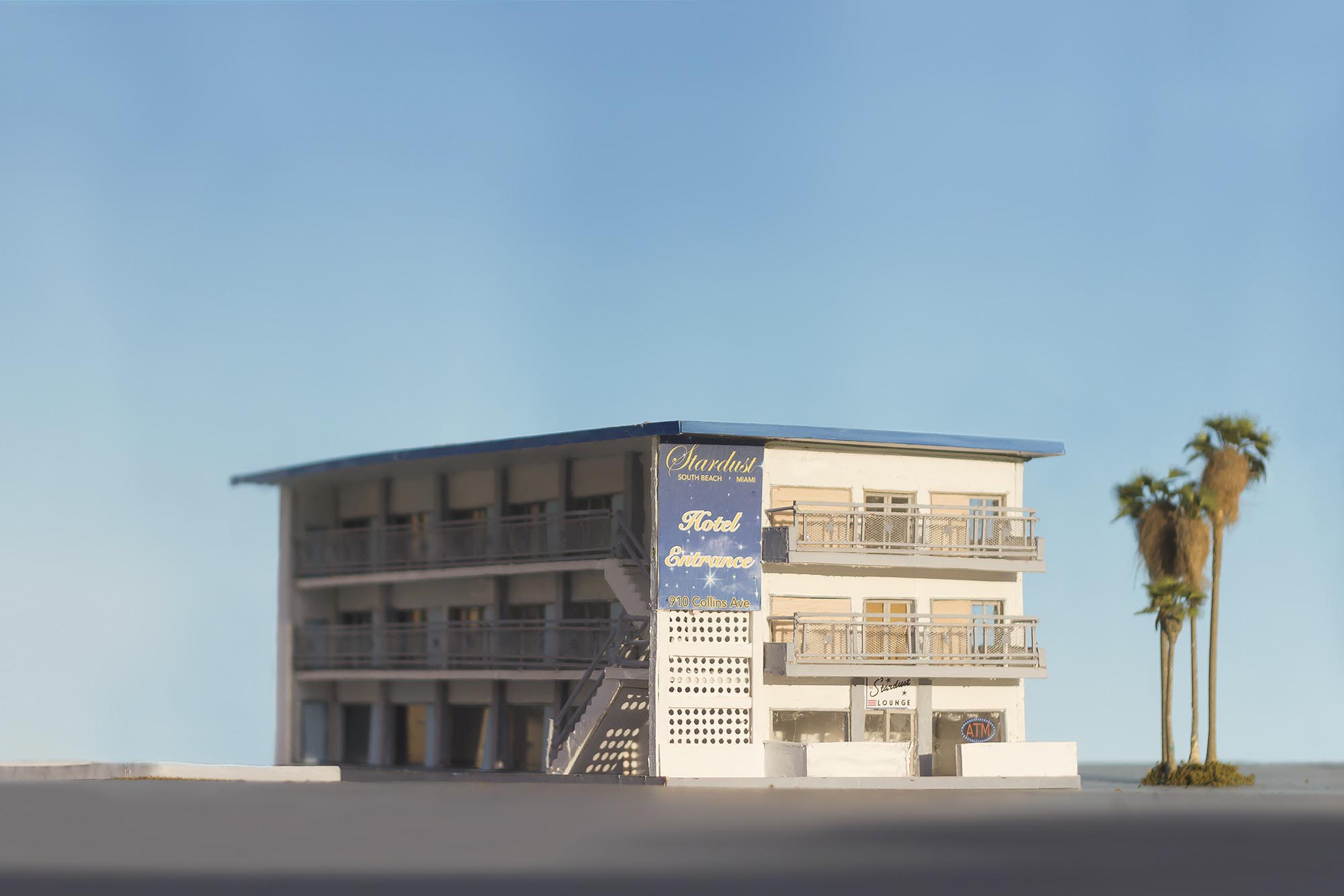 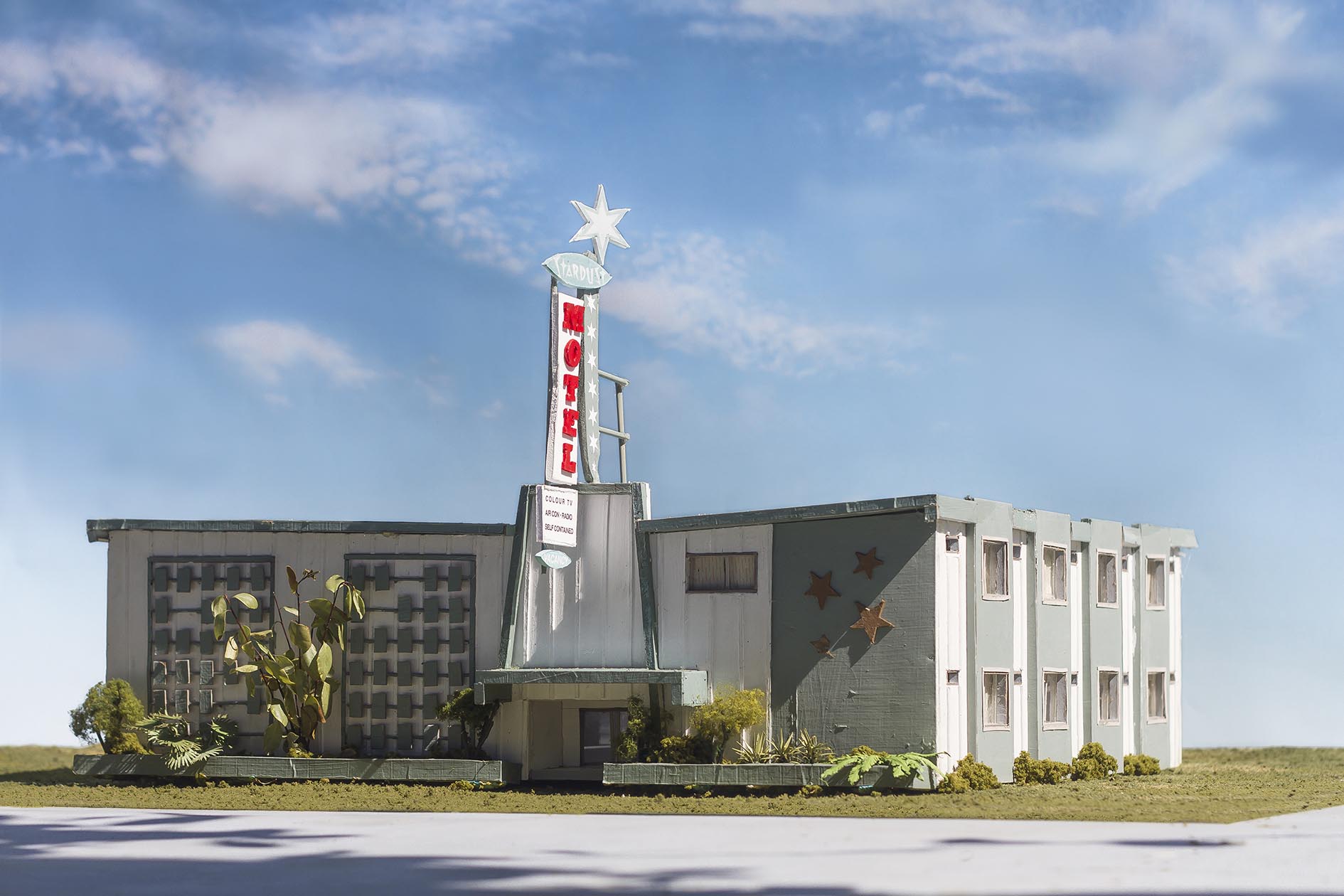 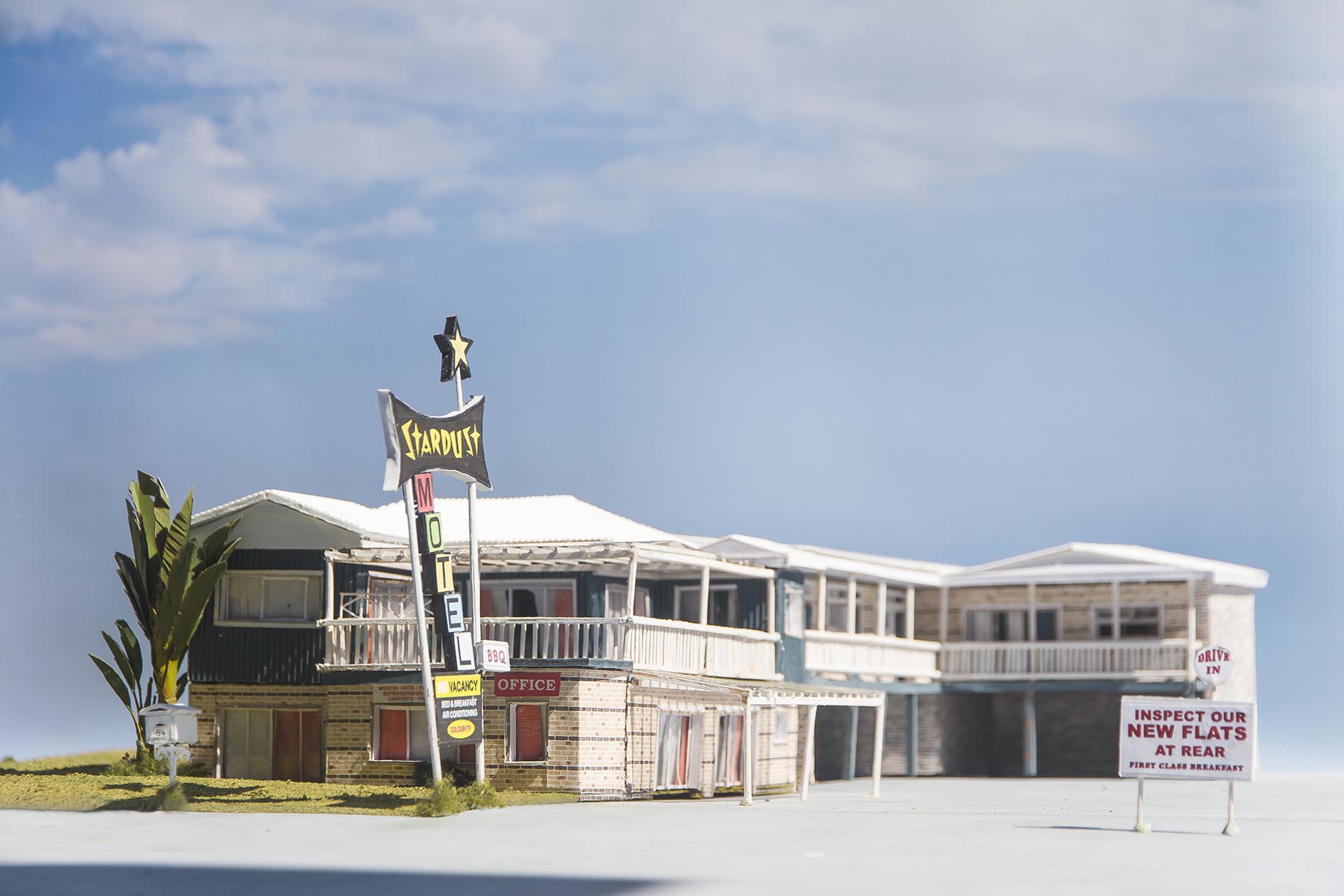 Anna Carey is an Australian artist based in Los Angeles whose work overlaps photography, model-making, film and drawing. Anna completed a Bachelor of Visual Media with Honours (first class) at Queensland College of Art and recently received her Doctorate (DVA) with QCA. She has exhibited at Photo la, Los Angeles; Artereal Gallery, Sydney; Andrew Baker Art Dealer, Brisbane; Dlux Media Arts, Federation Square Melbourne and the Museum of Brisbane. She has been shortlisted in numerous prizes including The Churchie National Emerging Art Award, the Queensland Regional Art Awards and he Josephine Ulrick and Win Schubert Photography Award which she received the acquisition award. Her work has been acquired by The Los Angeles County Museum of Art, The National Gallery of Australia, Artbank, Gold Coast City Art Gallery, University of Queensland, Caboolture Regional Art Gallery and numerous private collections.