Adrian Coleman makes large-scale watercolors that address urban disjunction. His current work considers the paradox of his relationship to Britain, as a native and an outsider. He make paintings of South London in which he combines tropes of “Britishness” with themes of transplantation, belonging, and estrangement. His chosen medium is a reference to the English picturesque tradition. Unlike those bucolic images, however, his paintings suggest hybrid, disparate topographies rather than idealized landscapes. He highlights the intersections of contrasts: the built and natural environments, privilege and disadvantage, myth and reality. Sometimes he employ a cross-sectional cut to anatomize these encounters. 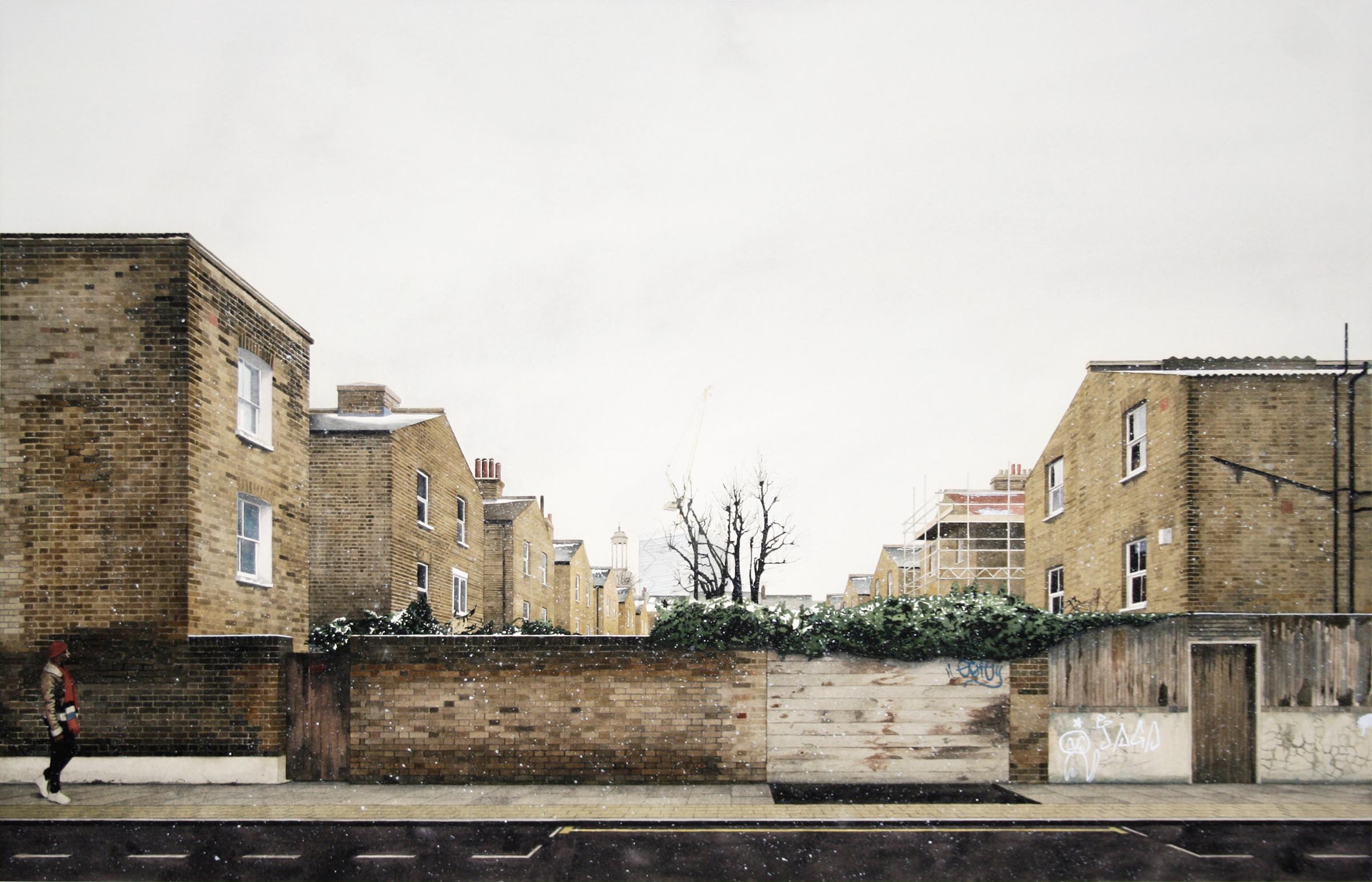 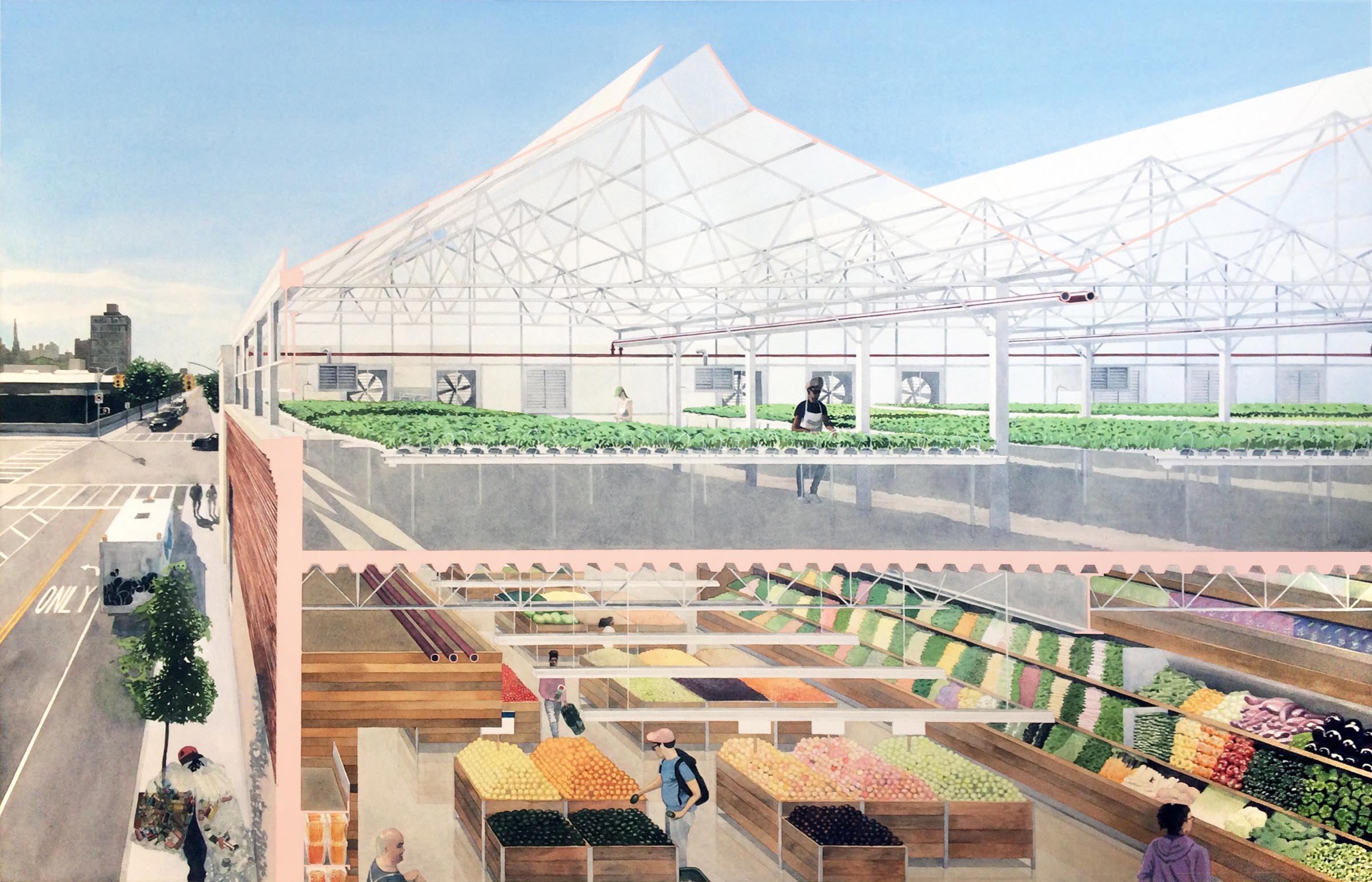 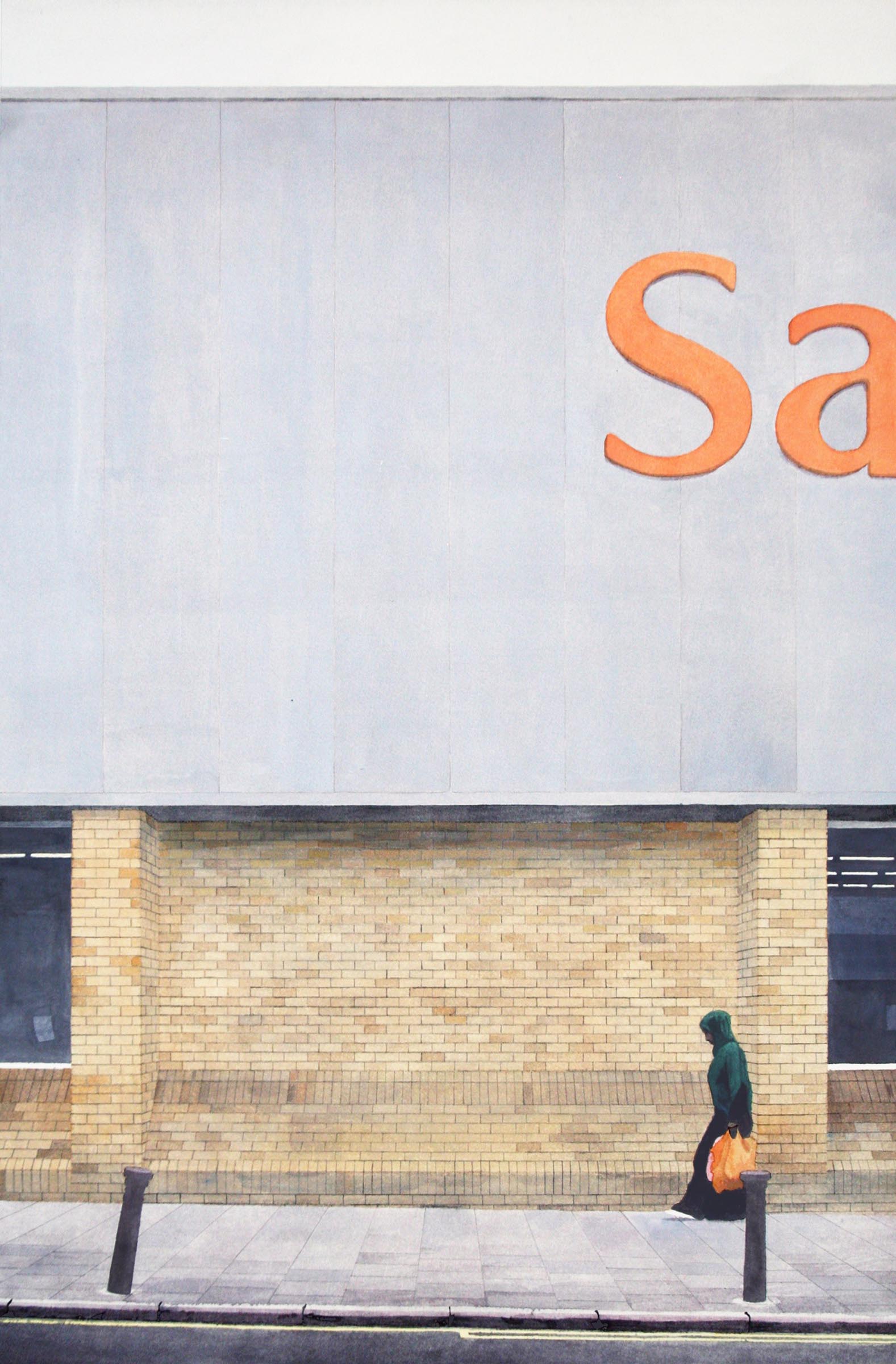 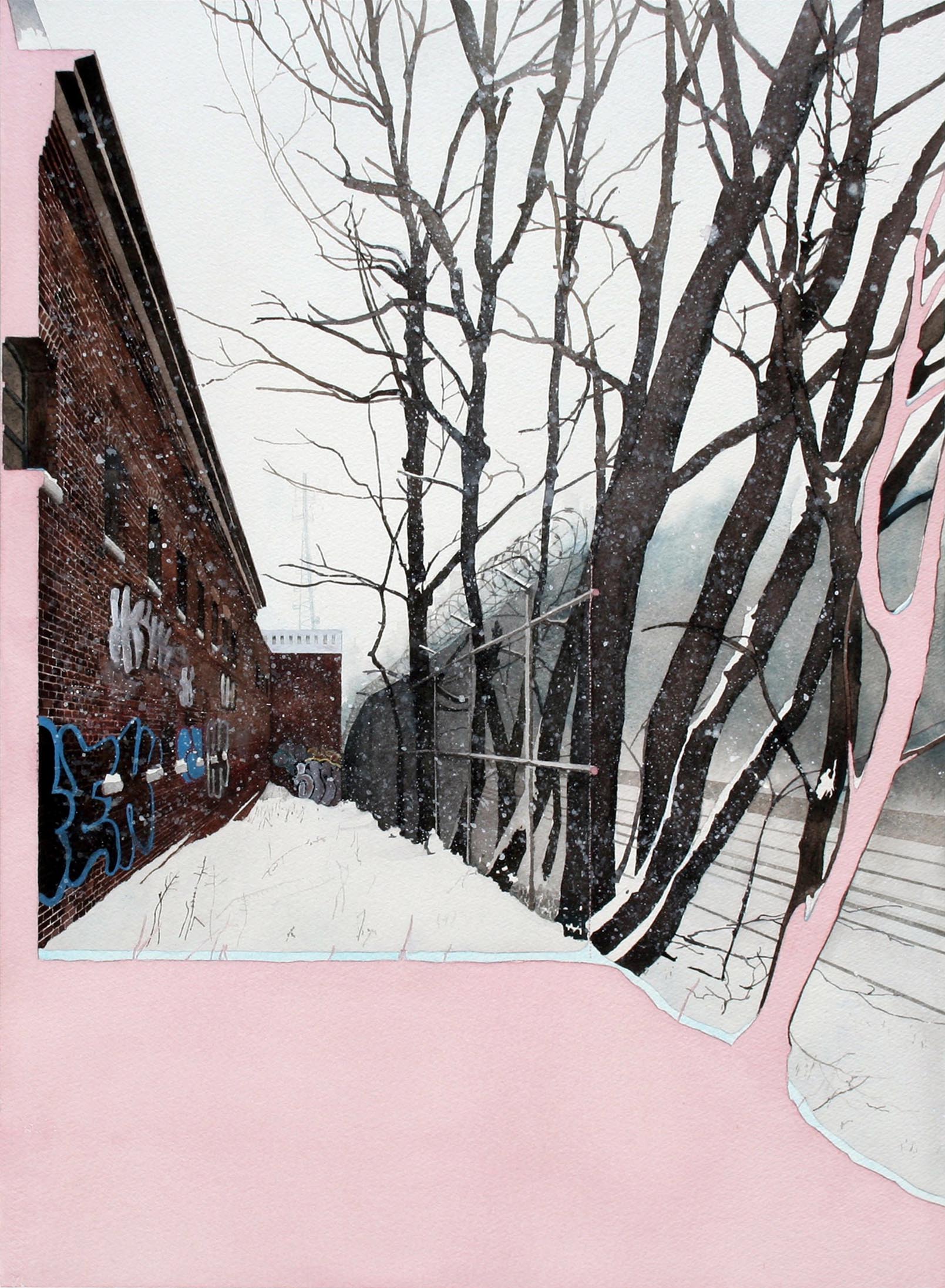 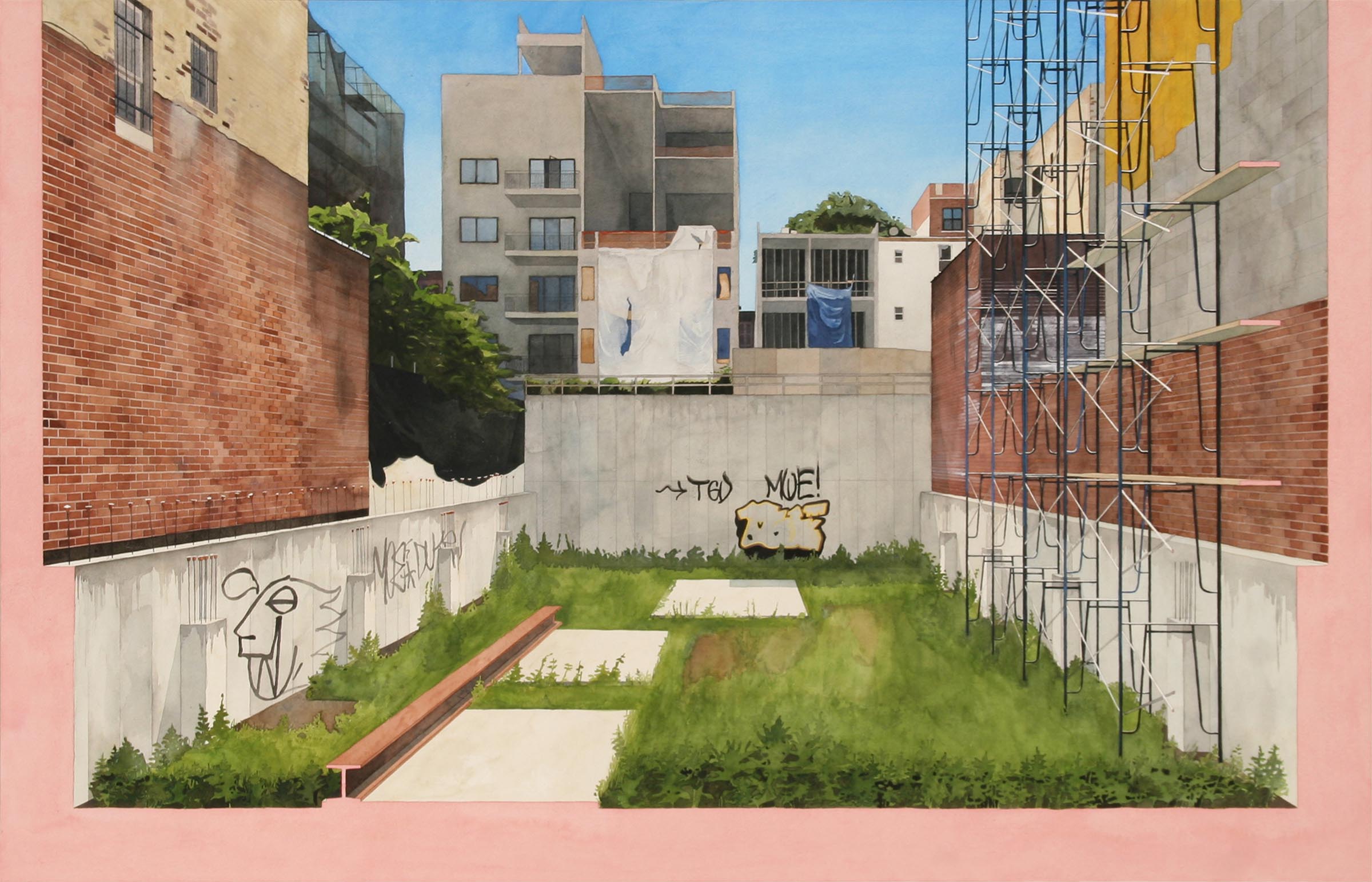 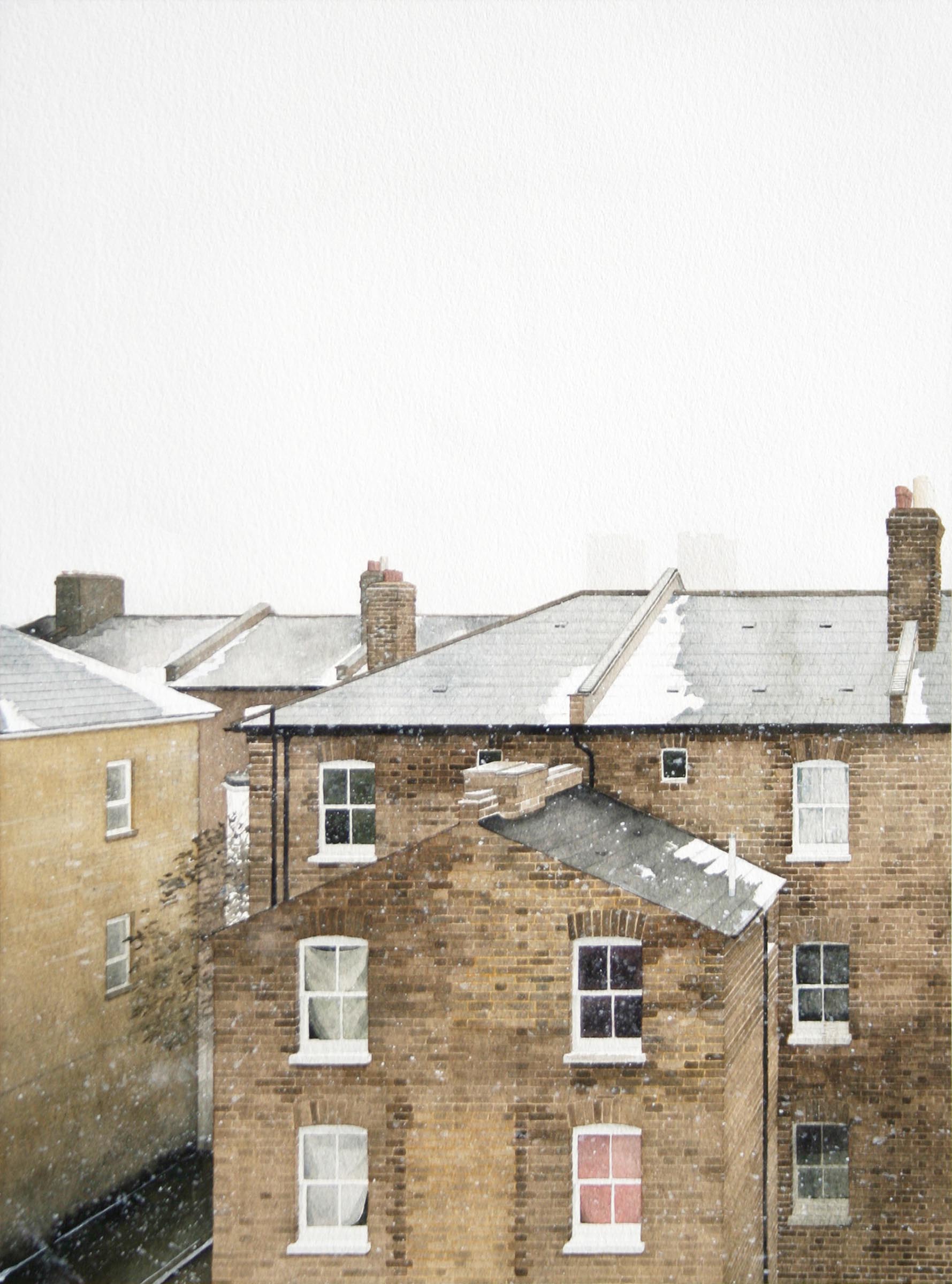 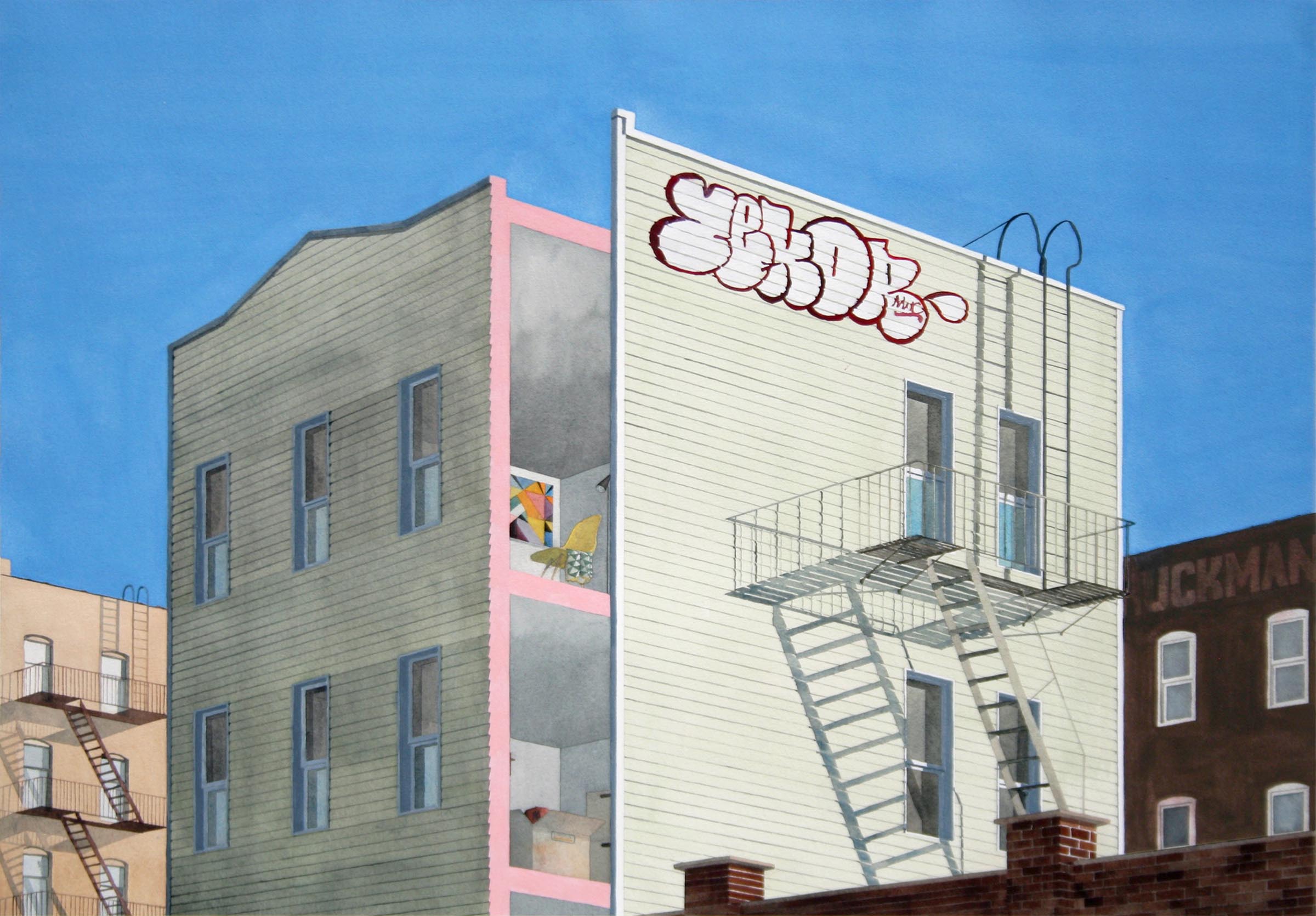 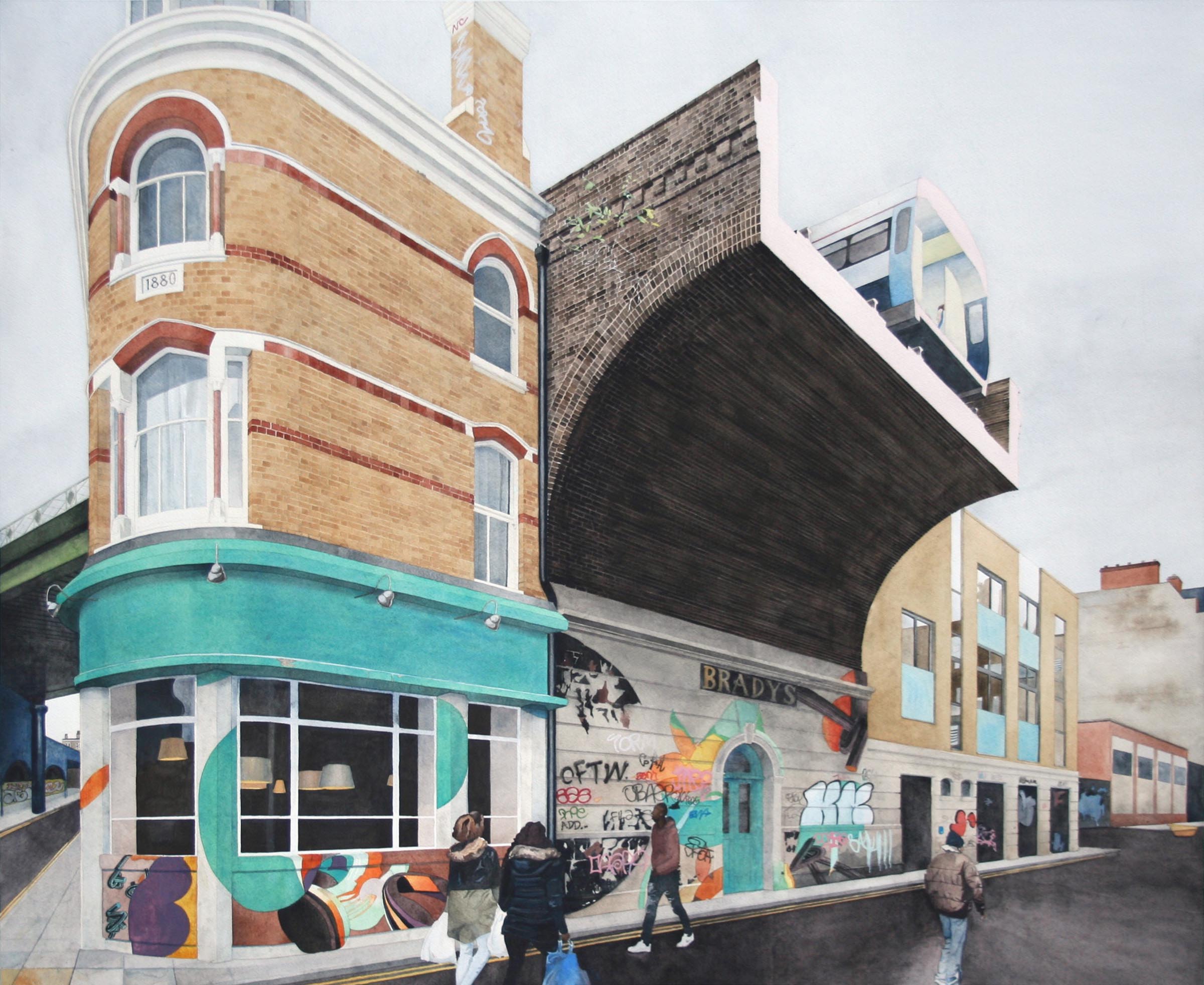 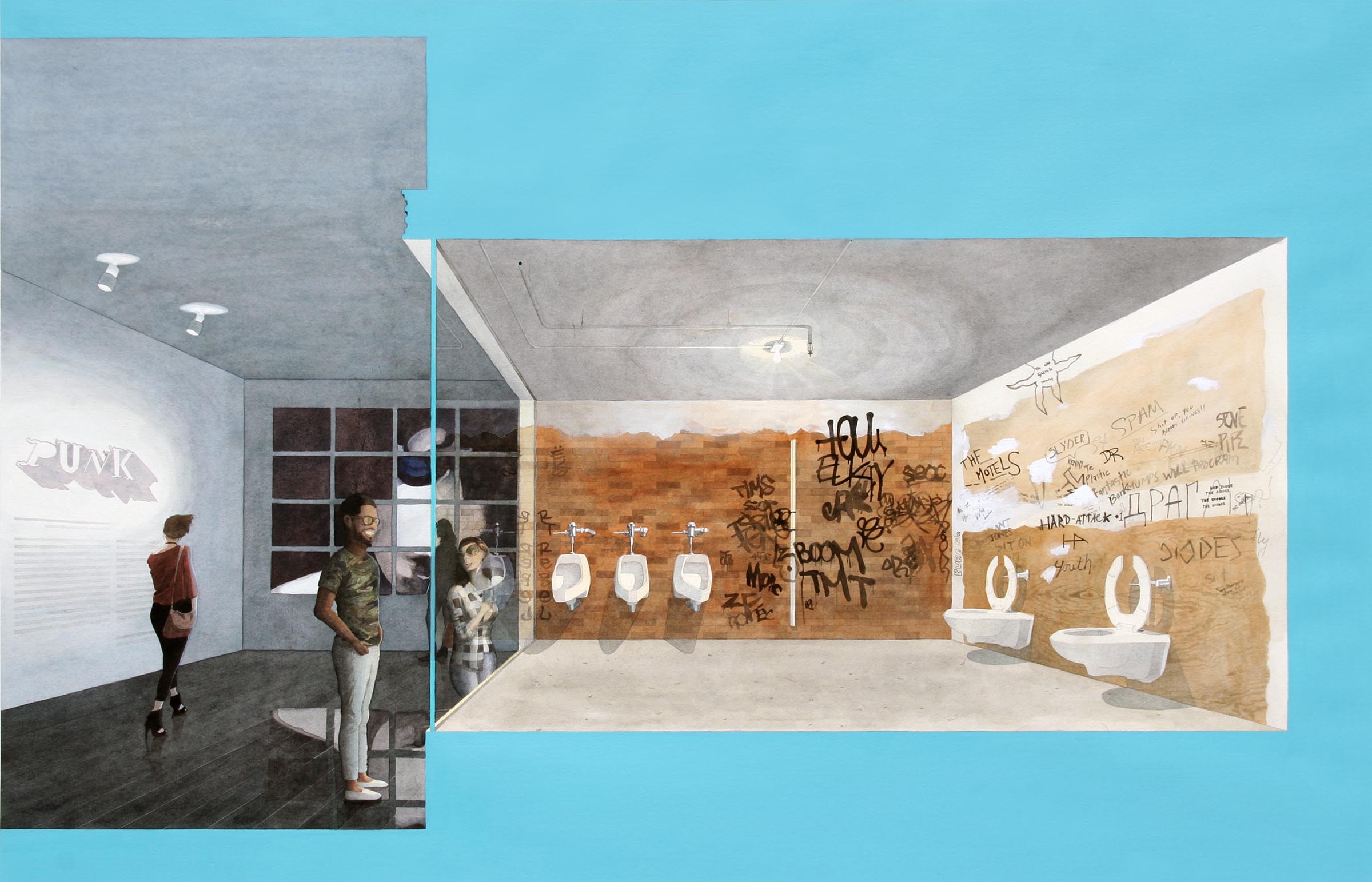 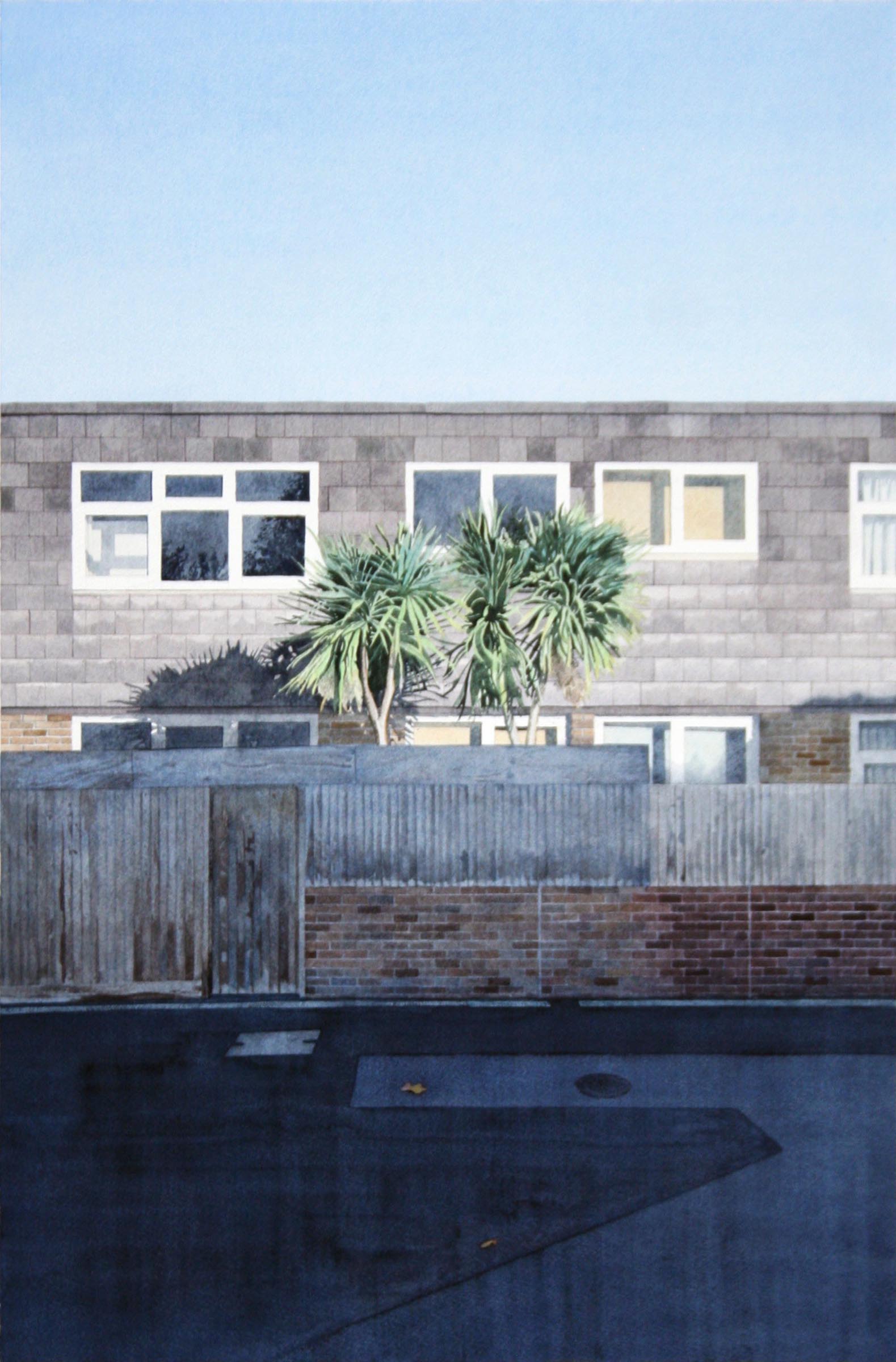 Adrian Coleman is a British-born American painter. He studied painting and architecture at Yale University (BA, 2006) and received his masters degree from Columbia (M.Arch., 2012). Adrian is a winner of the 2012 Brooklyn Museum GO Open Studio Competition. He appeared in the Bronx Museum's 2015 Biennial and BRIC's 2016 Brooklyn Biennial. In 2017, Steven Amedee Gallery in New York presented a solo exhibition of his work. Since moving to London in the same year, Adrian has participated in group exhibitions at the Mall Galleries and Peckham Levels. He is represented by the British arts platform Circle Triangle Square.